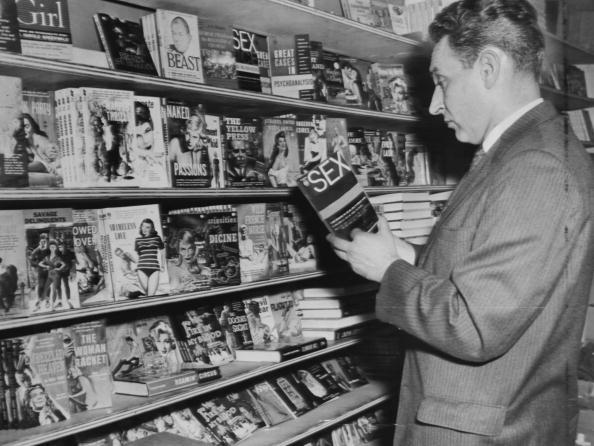 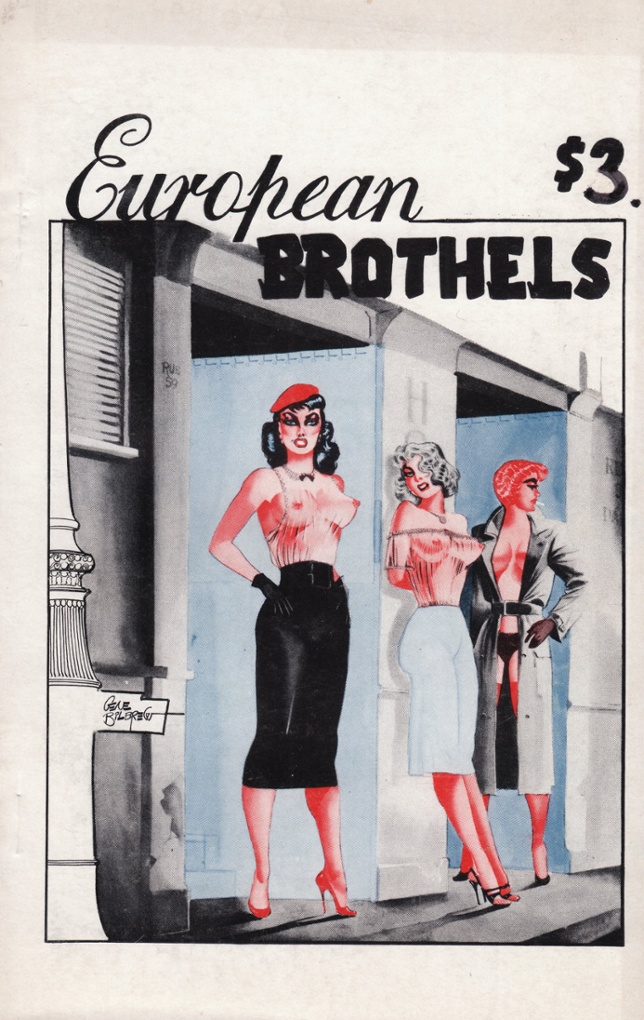 By law, they were forbidden from showing “rough” sex, gay sex, cross-dressing; in fact, they didn’t show anything below the waist. This pulp fiction was sexual smoke and mirrors.

That didn’t stop a bookseller called Edward Mishkin being arrested in Times Square in 1959, though, and the books he had published being confiscated for obscenity. The New York state charged him with 198 counts of possession with the intent to sell items deemed “masochistic and disgusting”. He was later sentenced to three years in prison…

Another renowned S&M illustrator was Joe Shuster, who co-created Superman with Jerry Siegel in the 1930s. After pitching the character for years, the pair eventually allowed him to appear in Action Comics – then sold the rights for $130. After the Man of Steel became popular, they sued National Allied Publications for appropriate compensation, settling on a less-than-generous $94,000. It wasn’t long before Shuster was reduced to working as a delivery boy, then drawing sadomasochistic illustrations for $50 per page. He drew the most extreme “women in peril” cartoons for a series called Nights of Horror. Mishkin picked up the entire print run. They were banned, too. 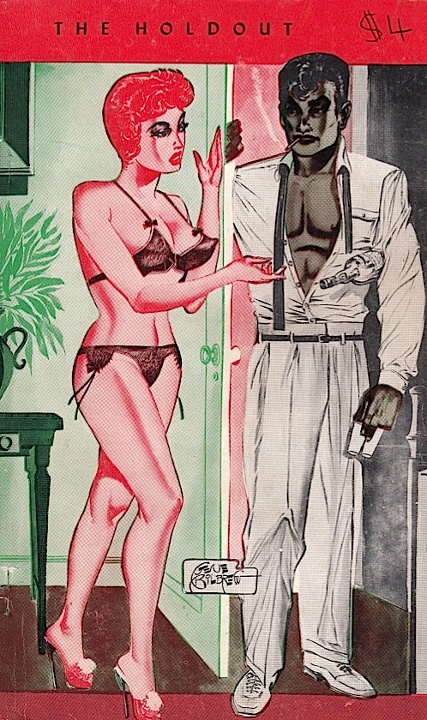 The images are compiled in the book Times Square Smut:

Eugene Bilbrew, an African-American artist drew many of the covers. He would overdose on 42nd Street… Along with Mishkin, there were two other smut producers in New York. Leonard Burtman, fetish publisher and Irving Klaw, who photographed Bettie Page. 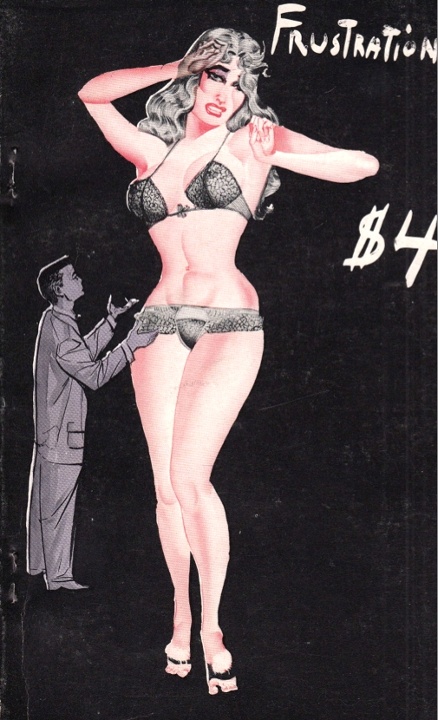 A little on the laws:

The Kefauver subcommittee investigating the effects of obscenity on juvenile delinquency subpoenaed Mishkin in 1955, as they did Irving Klaw, a publisher whose fetish photos included thousands of those of the era’s super model, Bettie Page. Both men’s photo sets and booklet-sized illustrated stories, with their themes of flagellation, bondage, transvestitism, and passive men forced into women’s clothing, were alleged to “get into the hands of small limited minds, and they . . . [get] worked up to a fever pitch, and some poor soul is the victim. Do You get what I am saying?” The words are those of those of the judge sentencing Mishkin for smuggling in those copies of in Thrashed In Many Ways.

A member of the Democratic Party, he served in the U.S. House of Representatives from 1939 to 1949 and in the Senate from 1949 to his death in 1963. After leading a much-publicized investigation into organized crime in the early 1950s, he twice sought his party’s nomination for President of the United States. In 1956, he was selected by the Democratic National Convention to be the running mate of presidential nominee Adlai Stevenson. 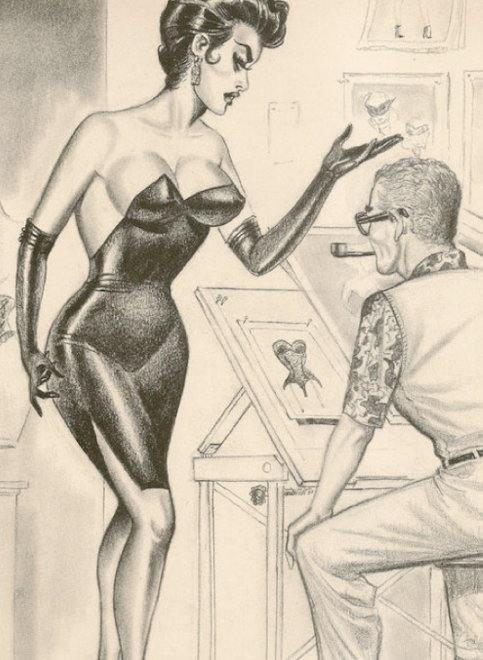 Photographer Irving Klaw ran a mail-order business selling photographs and film of attractive women in bondage from the 1940s to the 1960s. He was one of the first fetish photographers, and his model Bettie Page became the first famous bondage model.

The “Kefauver Hearings” of the Subcommittee to Investigate Juvenile Delinquency in the United States marked the beginning of the end of Irving Klaw’s mail-order photography business. 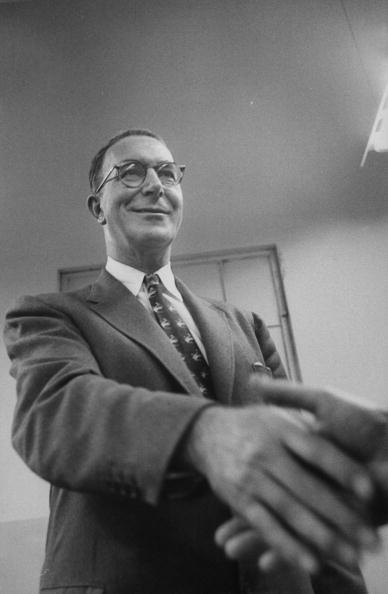 Mr. Chumbris. “Mr. Chairman, our investigation reveals that Mr. Klaw is one of the largest distributors of obscene, lewd, and fetish  photographs throughout the country by mail. We expect to show that he has had difficulties with the Post Office  Department. We have had testimony today, as well as last week from Dr. Karpman, and Dr. Henry today, showing the effect that these photographs have on juveniles and on youth.

“We have had testimony today from Mr. Roth, and other testimony, which indicates that this material does get into the hands of youth, and our subcommittee has received complaints from many parents to the effect that advertisements of these particular photographs, as well  as the photographs themselves, have gotten to the youth.”

Chairman Kefauver. “Do you expect to ask Mr. Klaw and do you have as to the material that he is sending out, information that they are getting to the children and to the young people; is that part of the showing?

Mr. Chumbris. “That is right. That is part of the overall investigation that not only Mr. Klaw but others are producing the type of  fetish photographs’ and lewd photographs that not only in some instances have used youth as models, but they do get into the hands of the youth.We do believe that that has a direct bearing on our juvenile delinquency investigation.”

Chairman Kefauver. “Part of this record will also include the testimony of Dr. Henry, Mr. Grimm, and of the exhibits which have been put into the record, including Cartoon and Model Parade, published by Irving Klaw, the Pin-Up King, for artists, photography students, and collectors. Mr. Chumbris, do you expect to prove that our subcommittee has complaints and correspondence from parents or children, law-enforcement officers, showing that Mr. Klaw’s publication has anything to do of a deleterious nature affecting juvenile delinquency with young
people?”

Mr. Chumbris. “Yes, Mr. Chairman. The Post Office Department has turned over to us advertisements similar to the advertisements that we introduced into the record this morning that Mr. Eoth has sent out. These advetisements have gotten to the youth.” 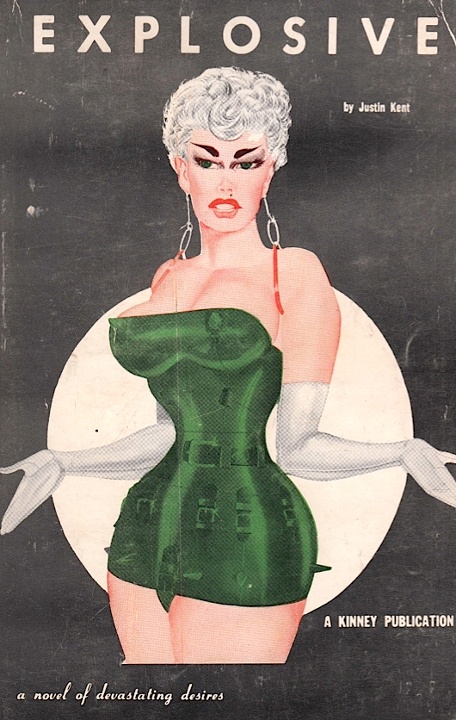 The decline of censorship: 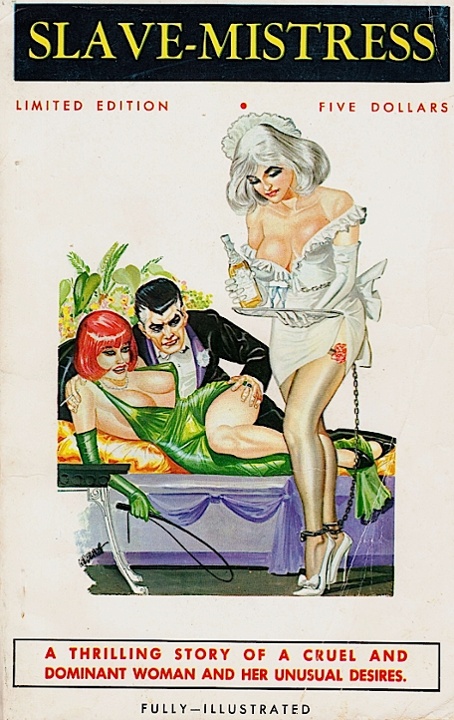 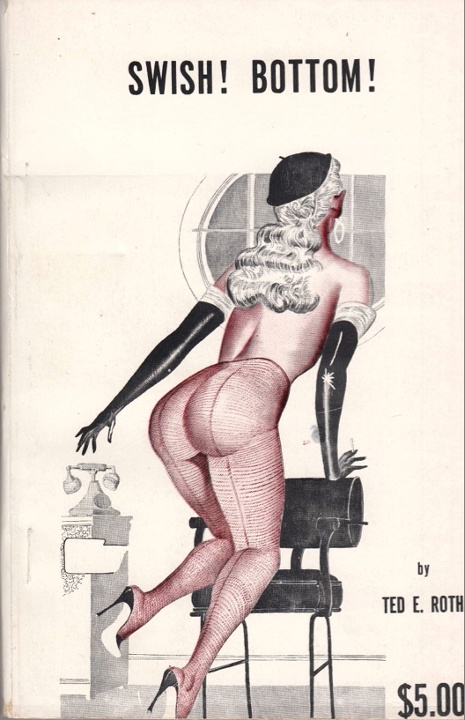 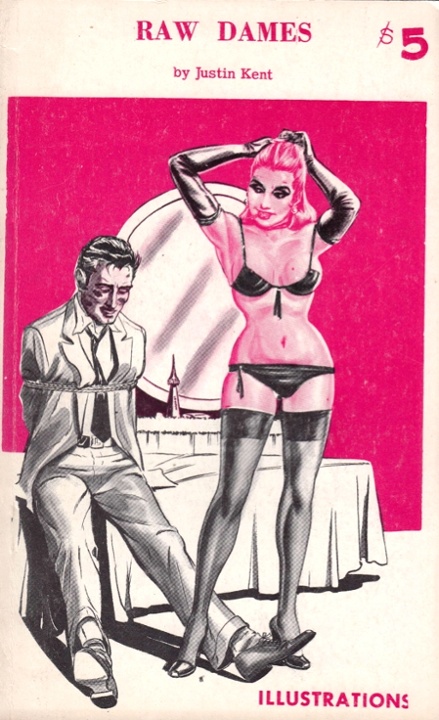 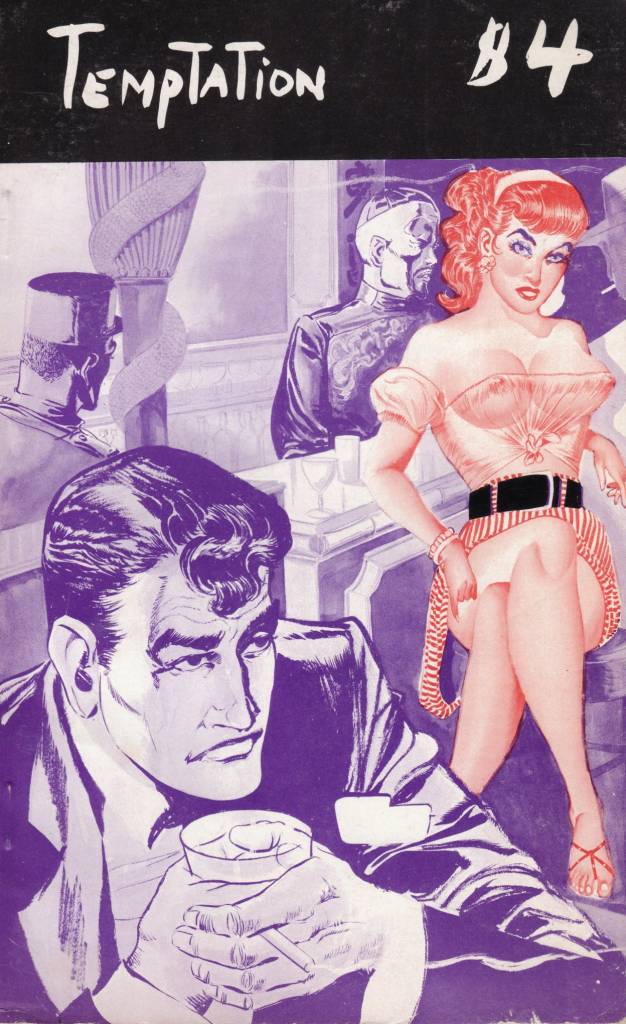 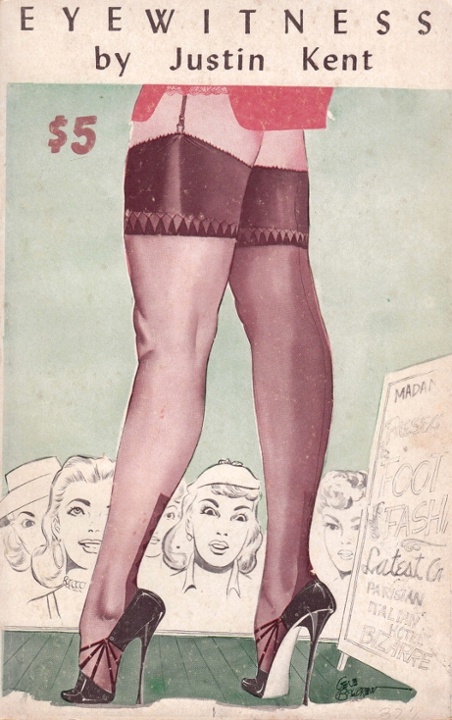 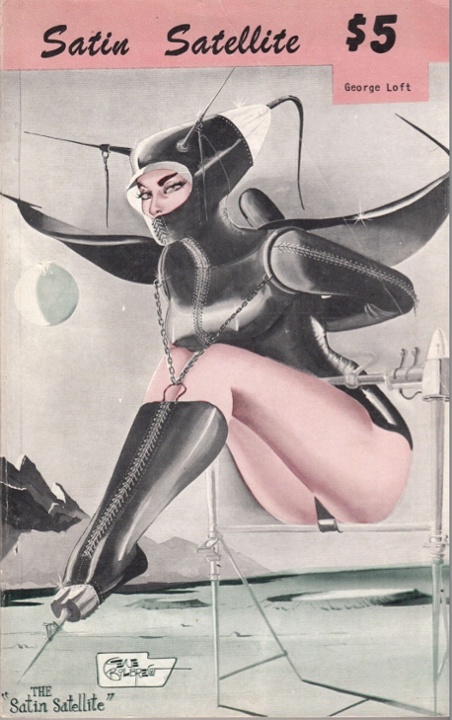 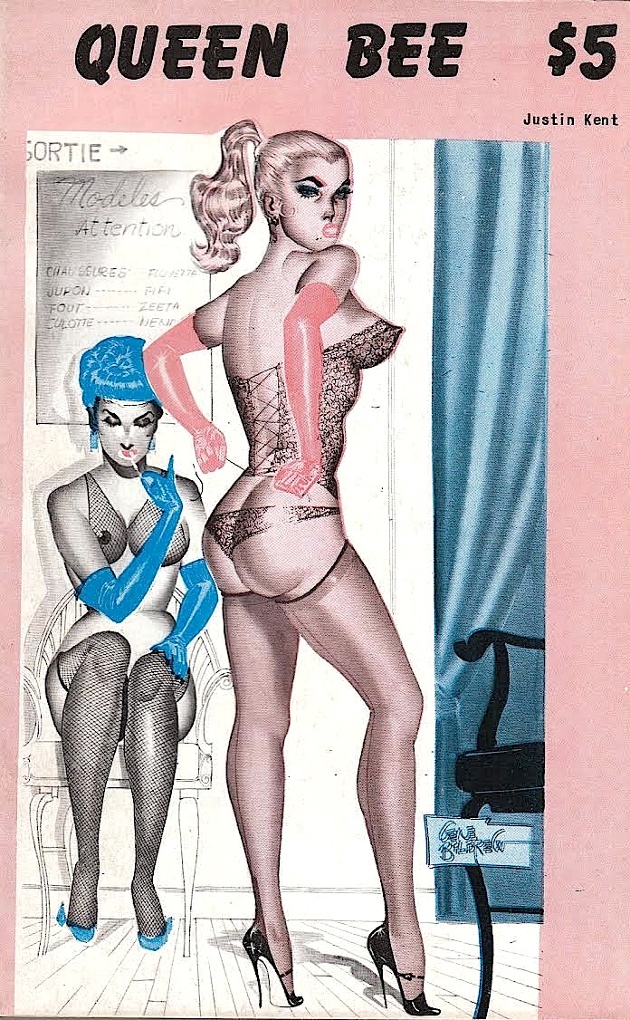