Before the internet, the people of Earth read things called books (basically stacks of bound paper with words on them – look it up on Wikipedia).  And, men being men, a lot of these books were of the sleazy variety. Here is a gallery of 25 such books –   Enjoy. 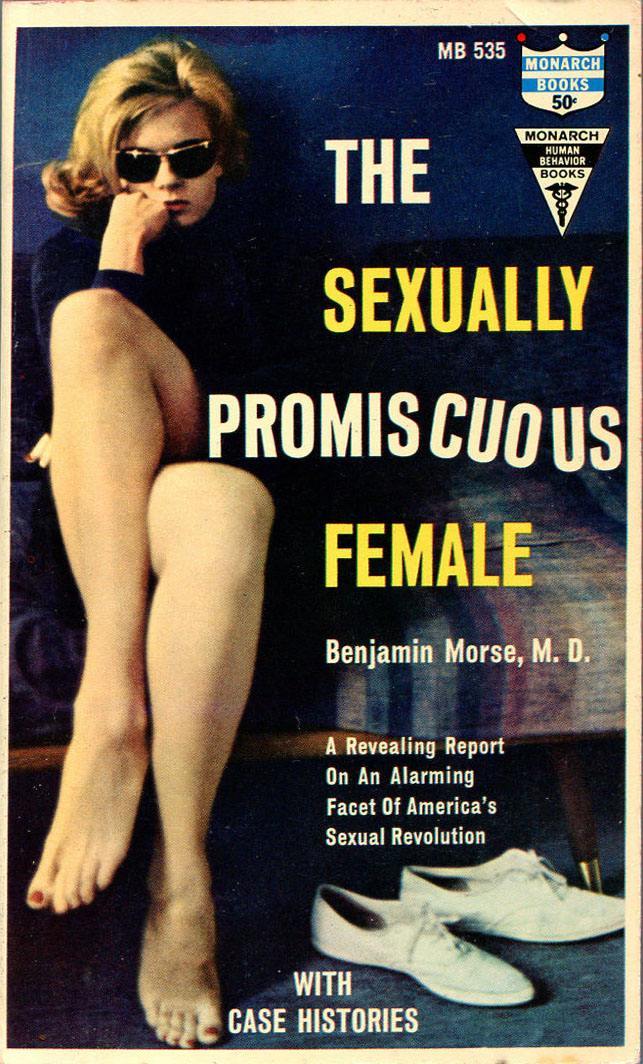 There were a lot these books purporting to be journalism back in the 1950s, when in fact they were just your typical sleaze (albeit in a more respectable “wrapper”).  When a husband is asked, “What are you reading, honey?”, he can explain that it’s an exposé on the degenerate state of the nation. 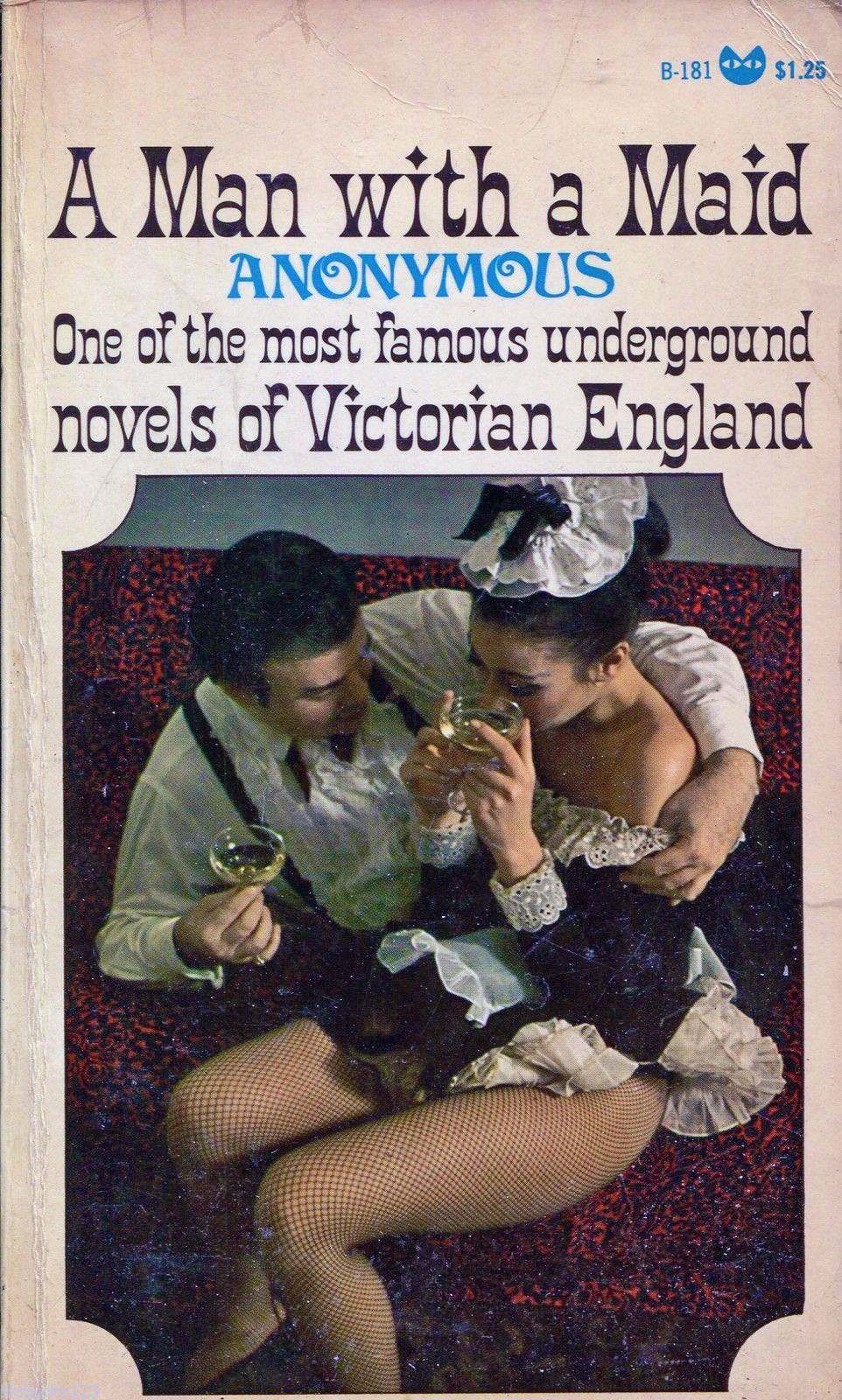 First published in Liverpool in 1908.  It’s a story about a lecherous dude named Jack who lures women into his basement rape-room which he calls the “Snuggery”.   Don’t expect this to show up on your children’s school reading list. 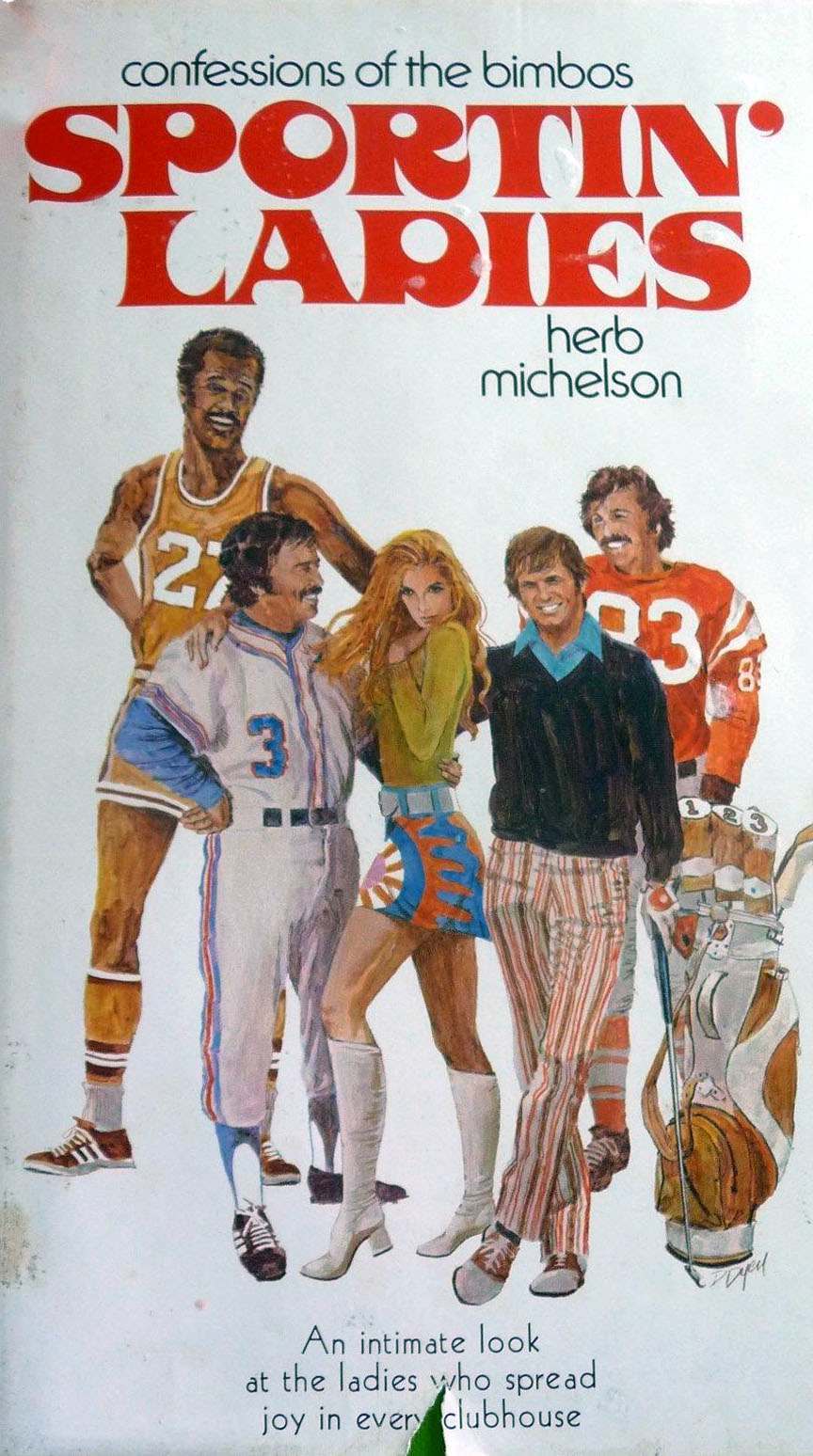 The way each of these athletes (and golfer – not an athlete) are just grinning ear-to-ear is actually quite disturbing when you stop to  think about what’s actually going down here. 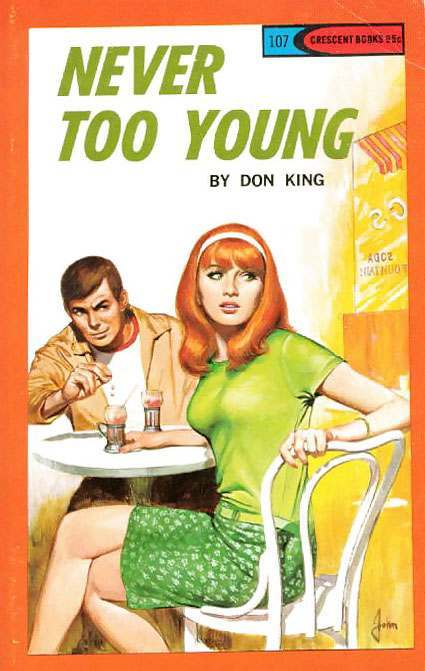 I don’t think that’s Sweet’N Low this man is adding to her drink.

But it wasn’t always the girl who was suspiciously underage in these books…. 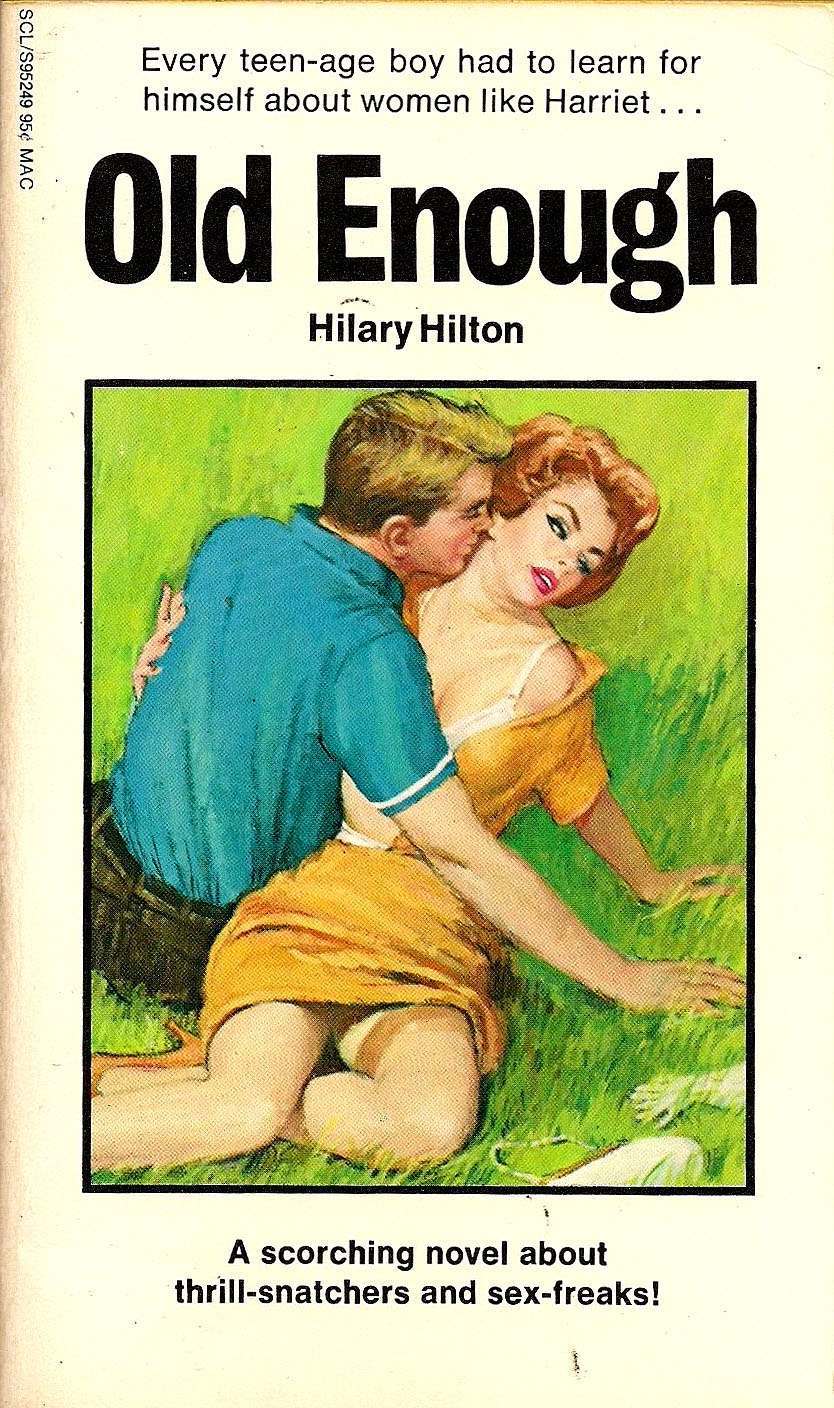 Do you get the feeling that the teenage boy is doing it wrong.  Harriet seems a bit distracted. 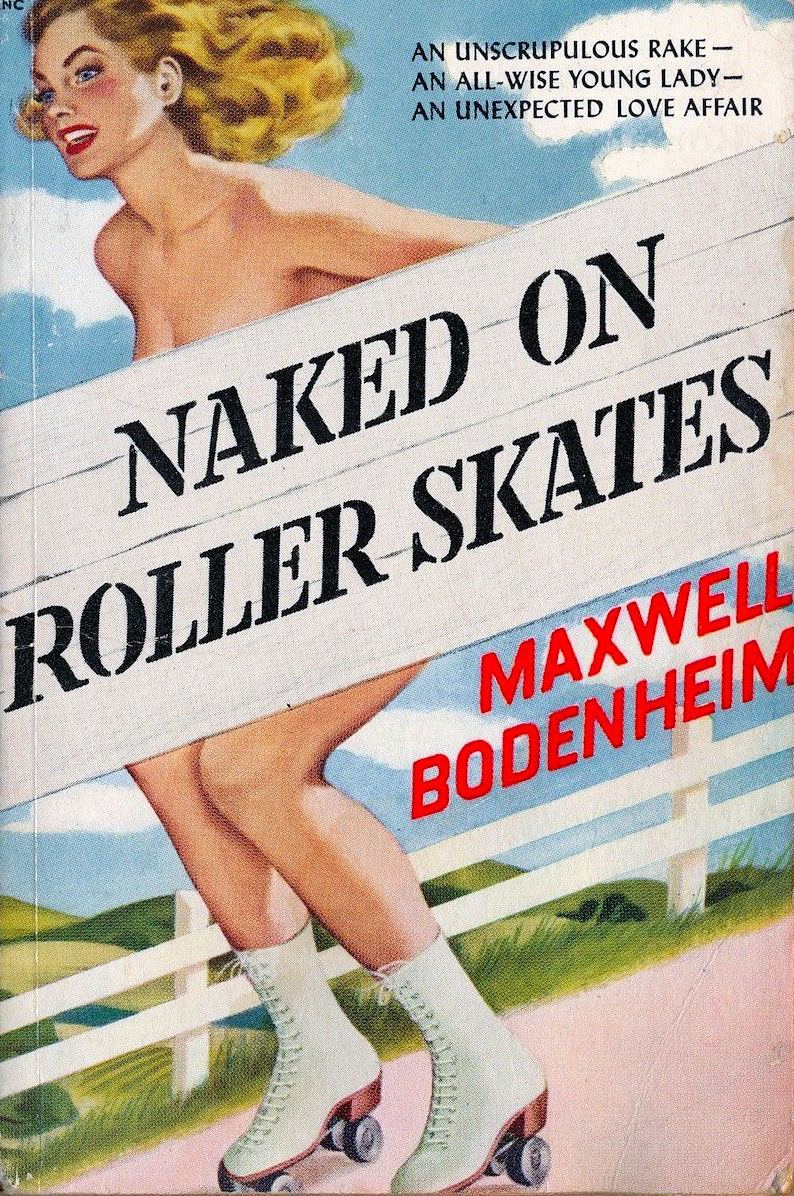 This “all-wise young lady” clearly isn’t the Solomon they describe her to be – what with the nude rollerskating and all. 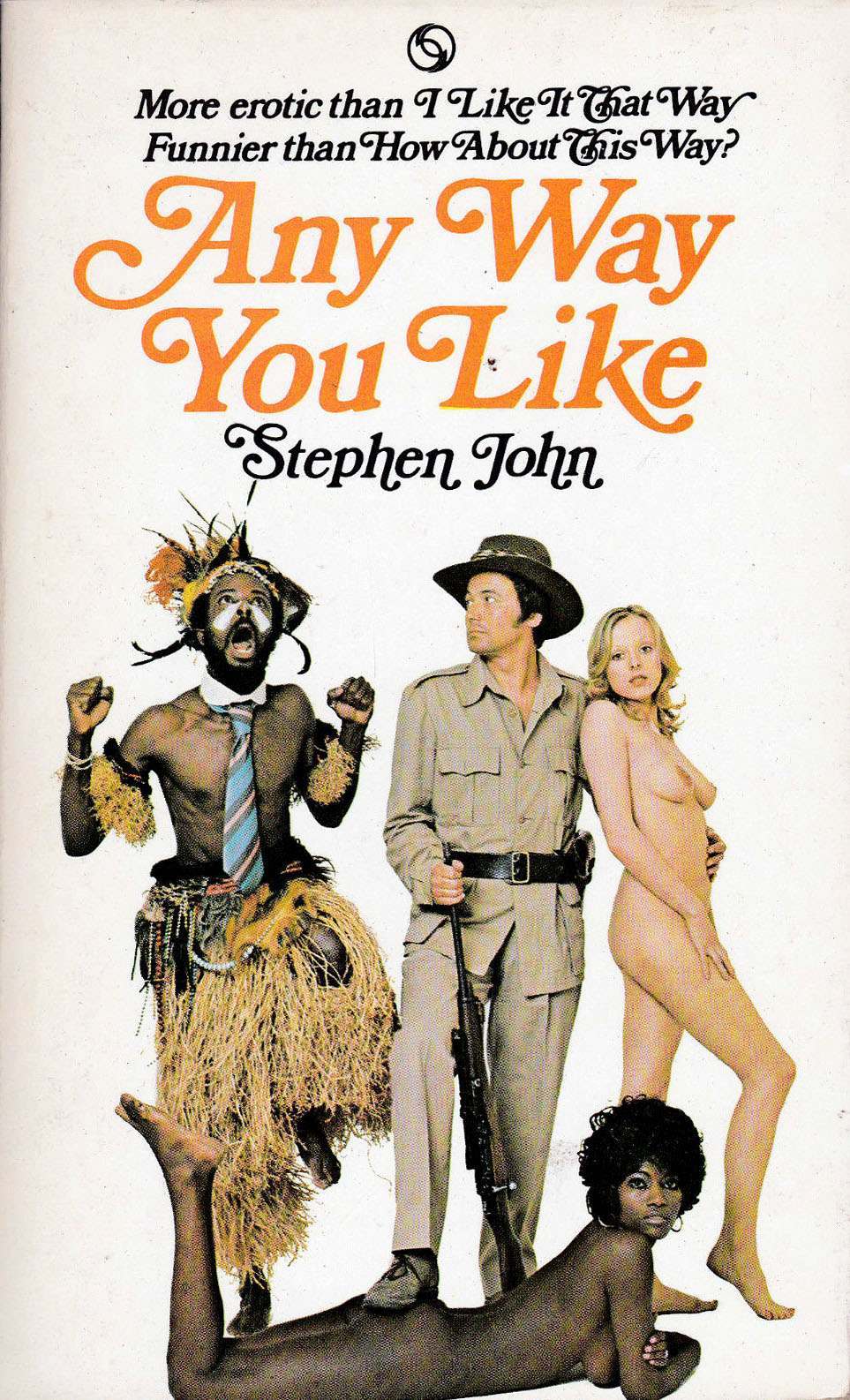 Sorry I didn’t mention this at the top of the article:  sleazy paperbacks could also be intensely racist. 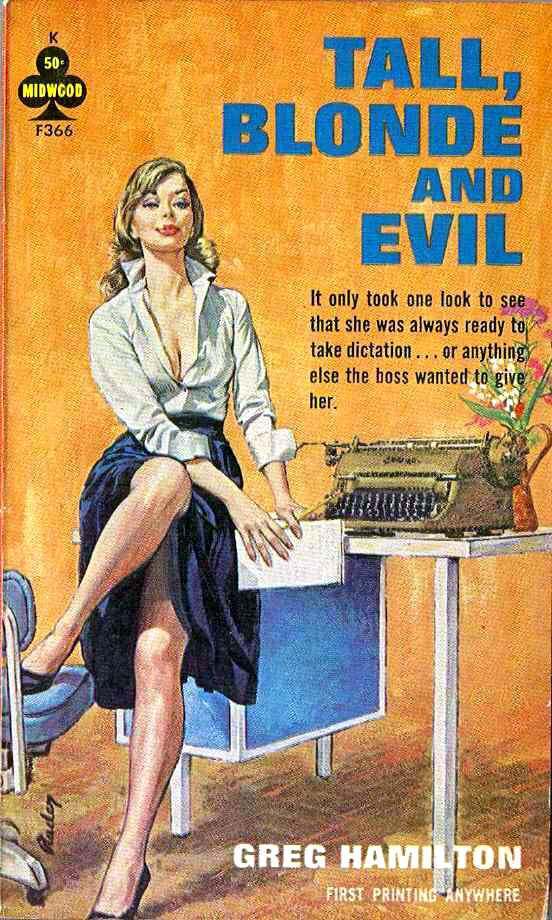 “It only took one look to see that she was always ready to take dictation… or anything else the boss wanted to giver her.”

I suppose she’s evil, but the boss is just A-OK?  Gotta love those mid-century double standards. 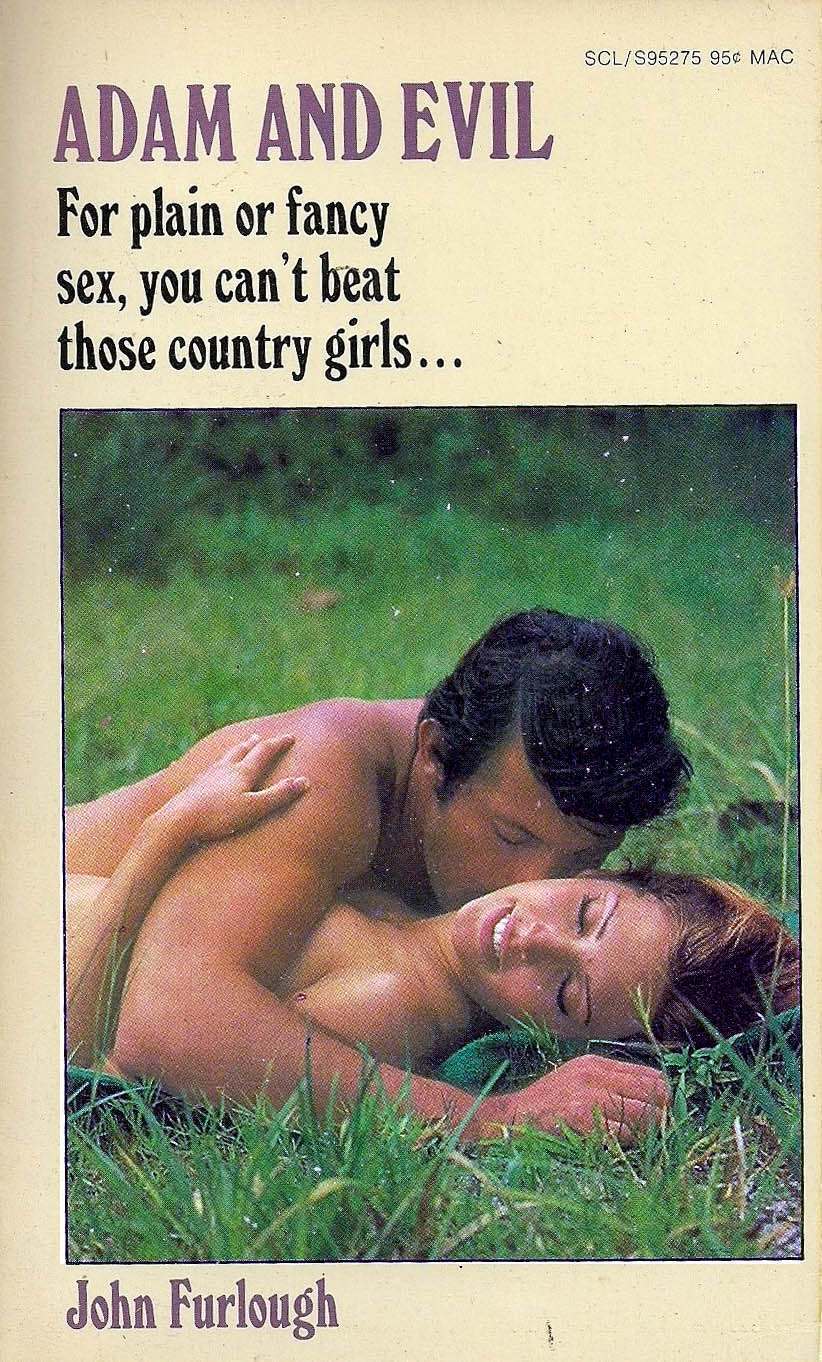 Again, it’s the promiscuous gal that gets the “evil” label. 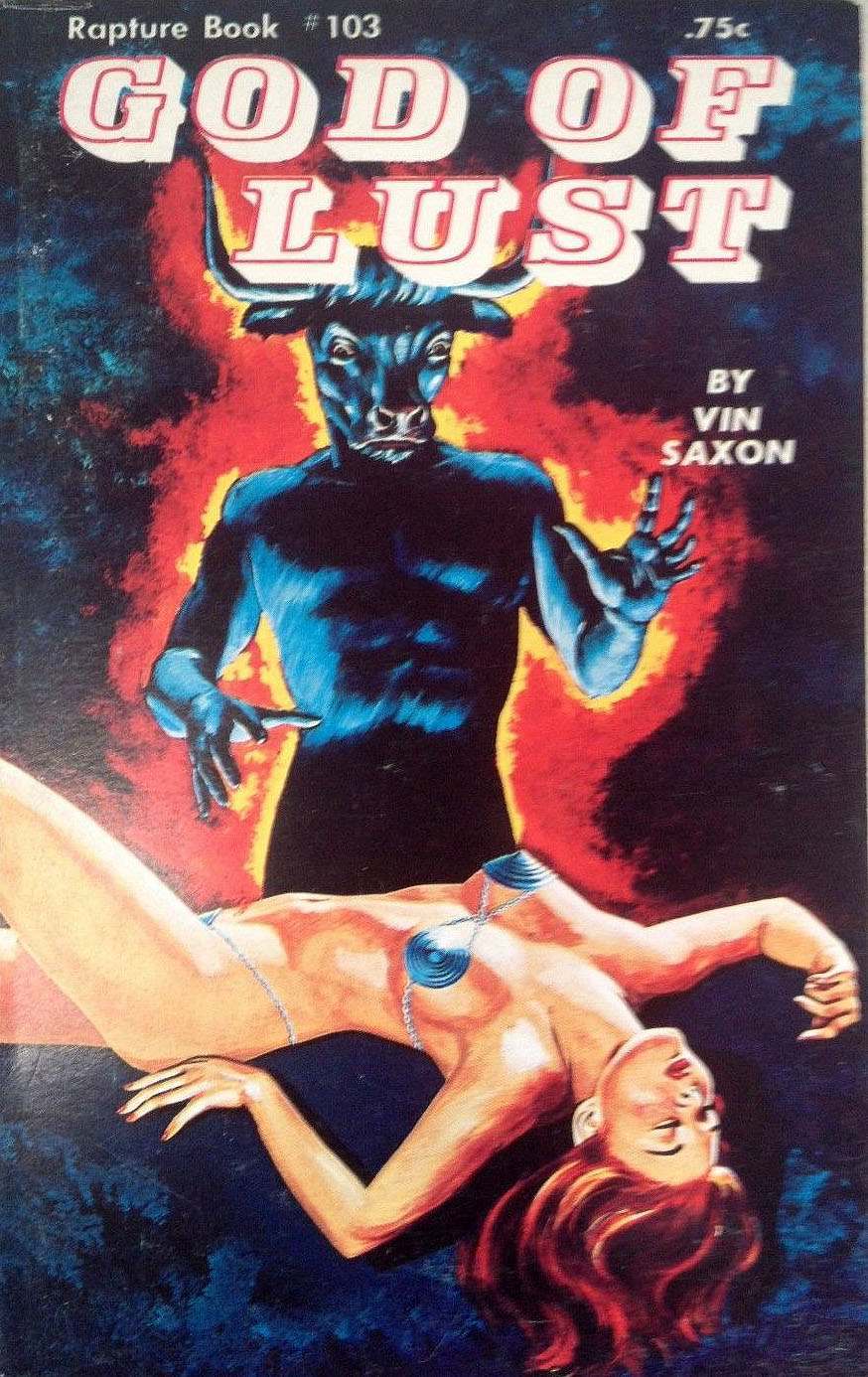 Apparently, the God of Lust is a flaming minotaur with a Beatle haircut. 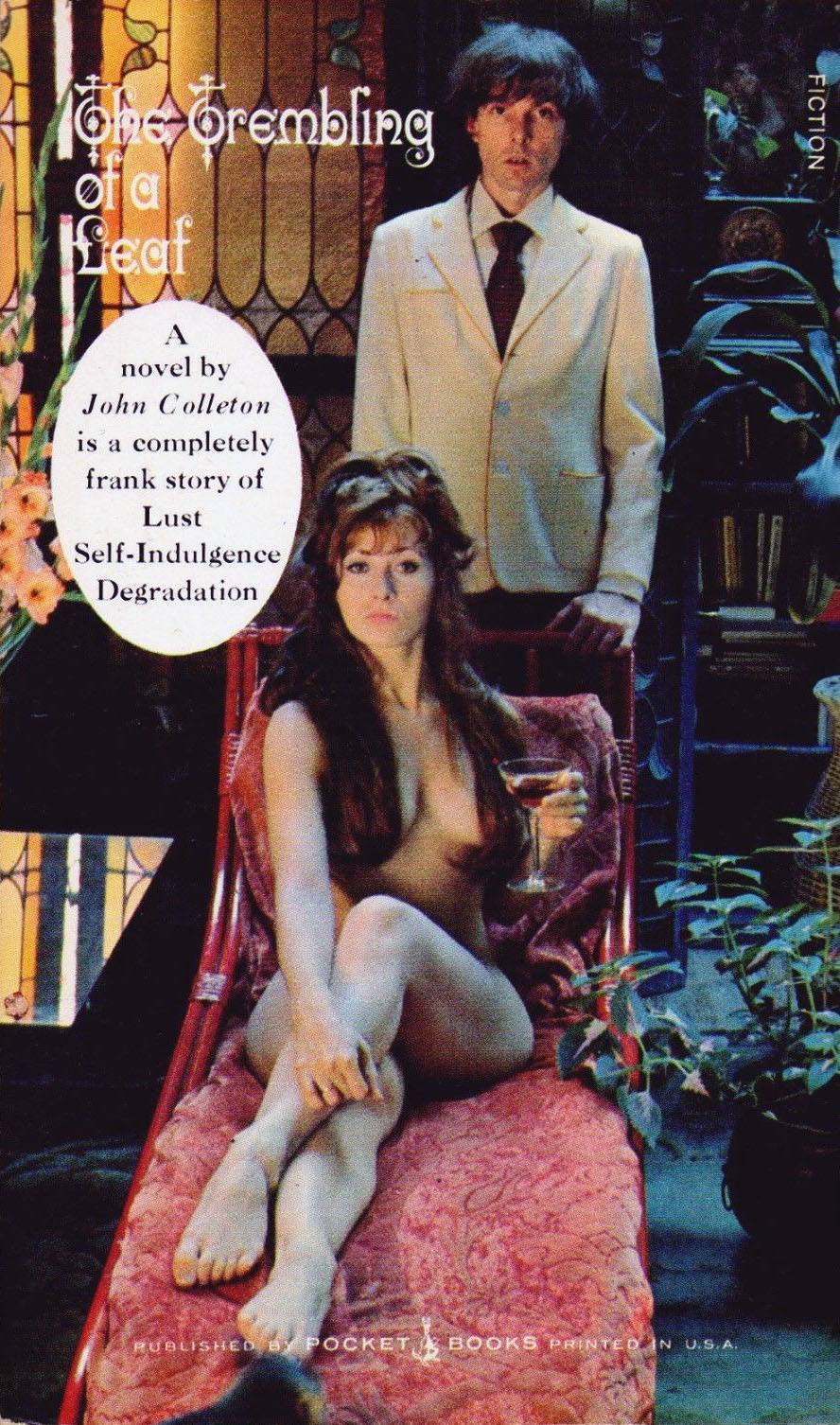 This 1971 piece of erudite smut was actually the first of a 14 book series!  Book #7 was called The Naked Countess of Liechtenstein (1976), in case you were curious. 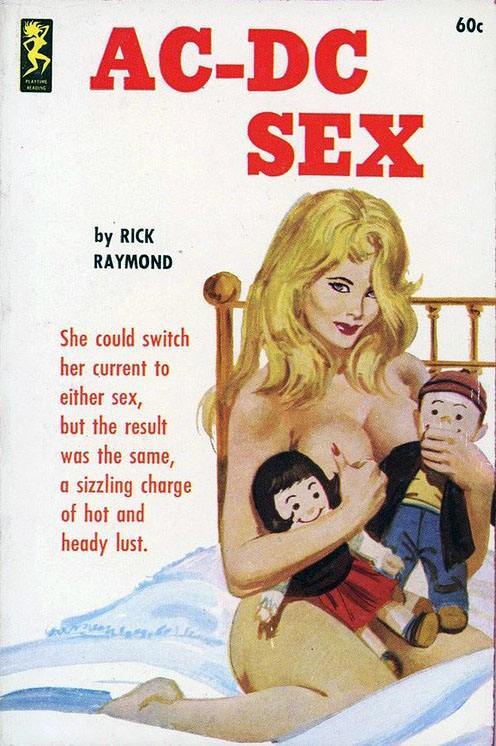 Hey, if she swings both ways, that’s fine.  It’s the Nancy and Sluggo dolls that are making me a bit wary. 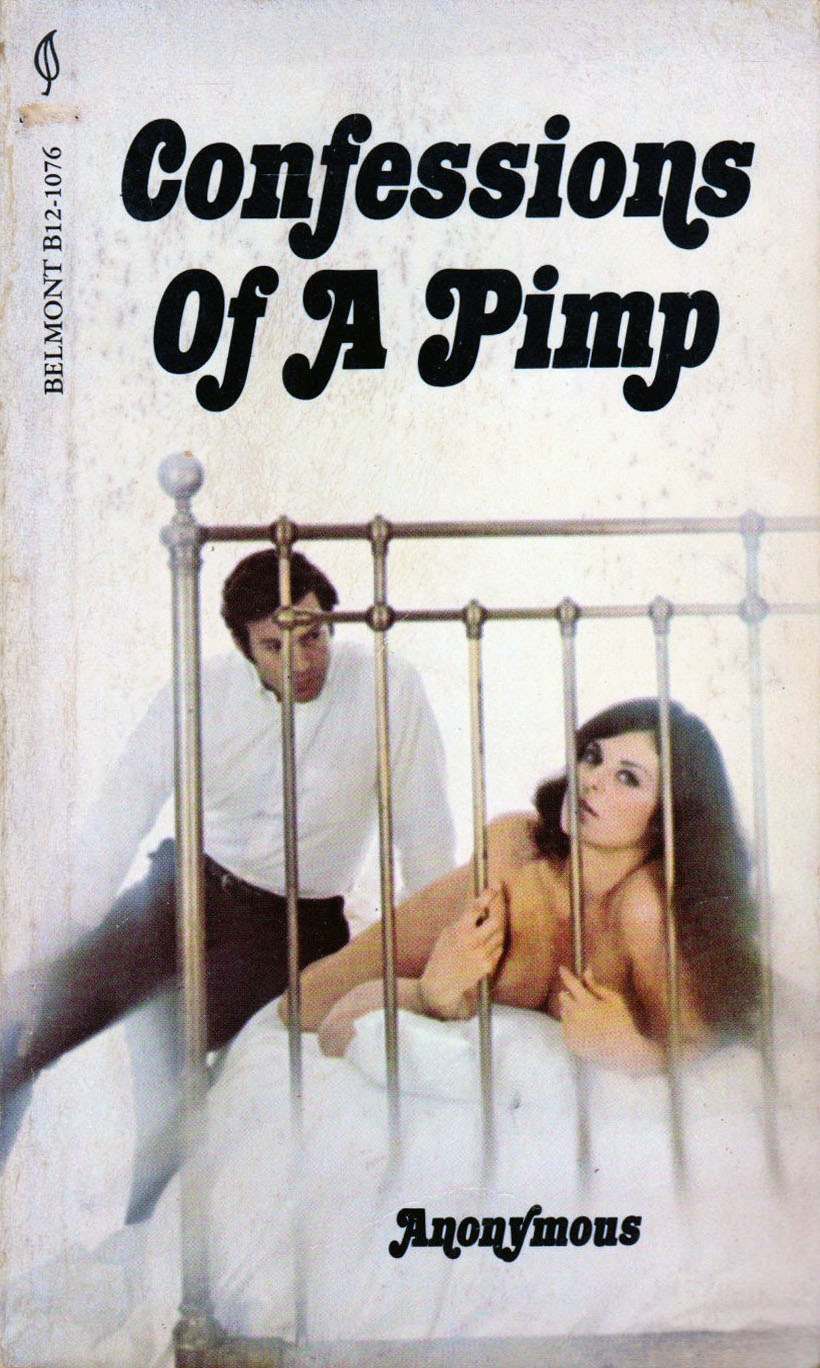 This looks to be taking place in either a dream sequence or the afterlife.  And, is it just me, or does this guy seem to be more of an account manager or systems administrator than pimp? 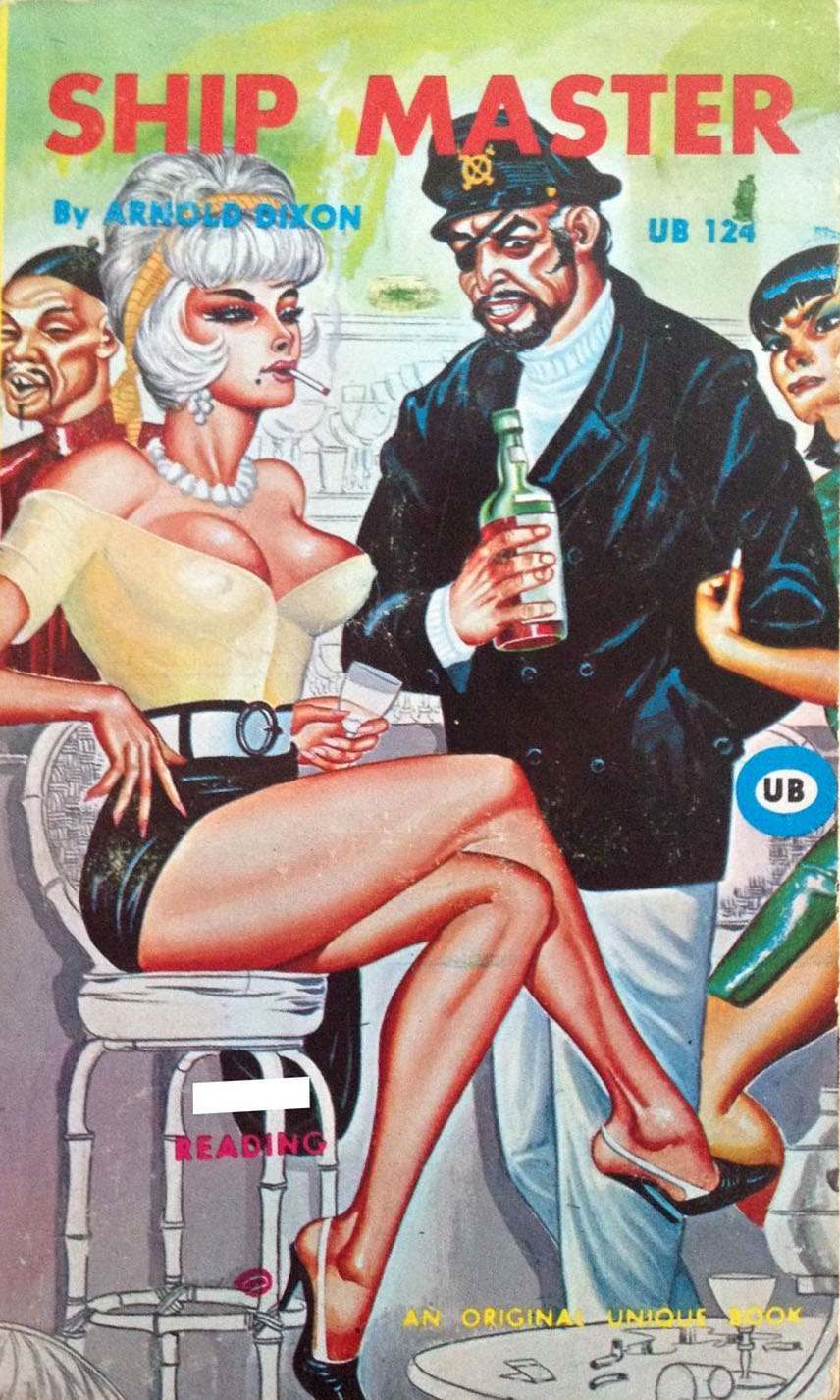 The cigarette butts and spilt drinks, the hardened cross-eyed prostitute, the Chinese guy in the background…. all amounts to one depressing and uber-sleazy mess.   Where can I get a copy? 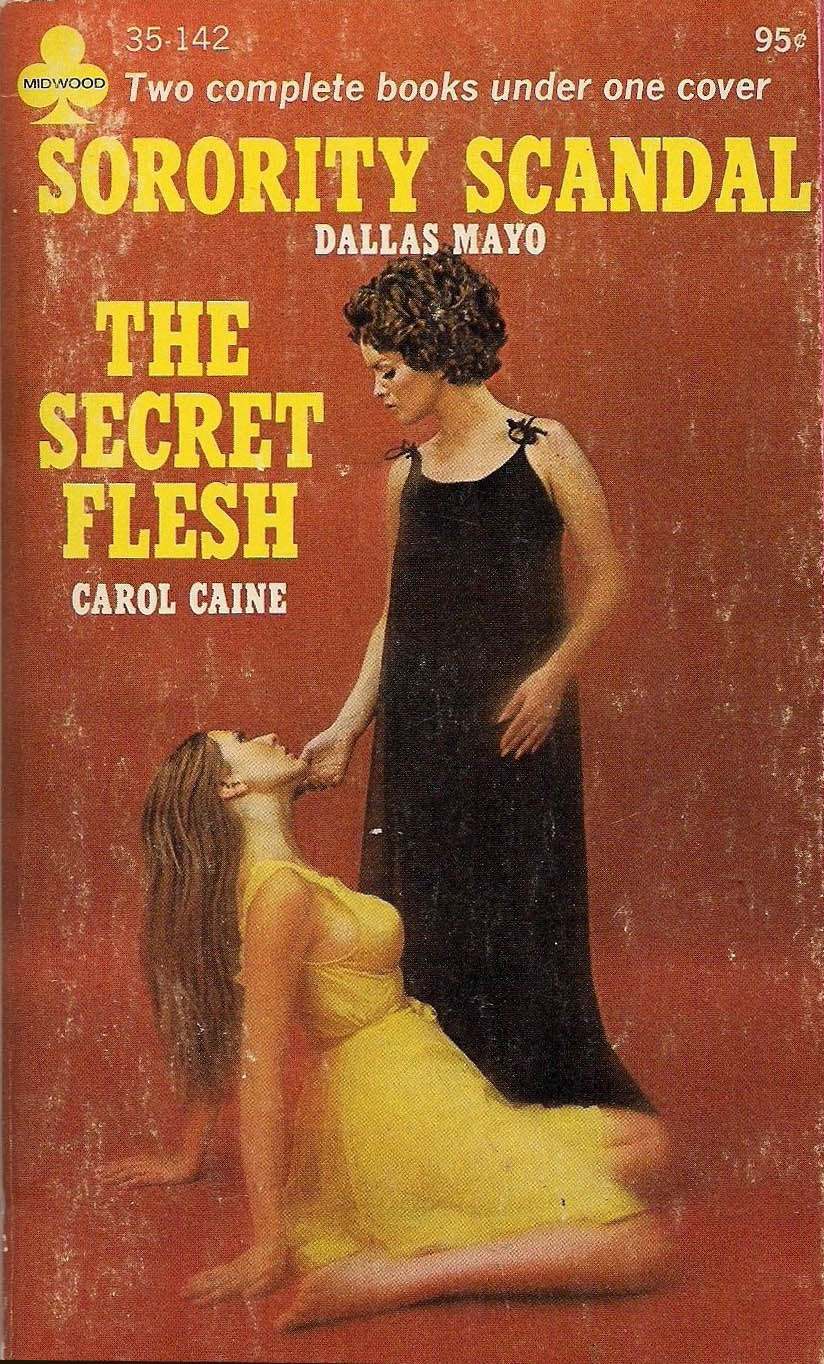 Become an expert on sleazy lesbian paperbacks by reading: Abnormal Tales: 33 Vintage Lesbian Paperbacks From the 50s And 60s.  You’ll thank me for it later. 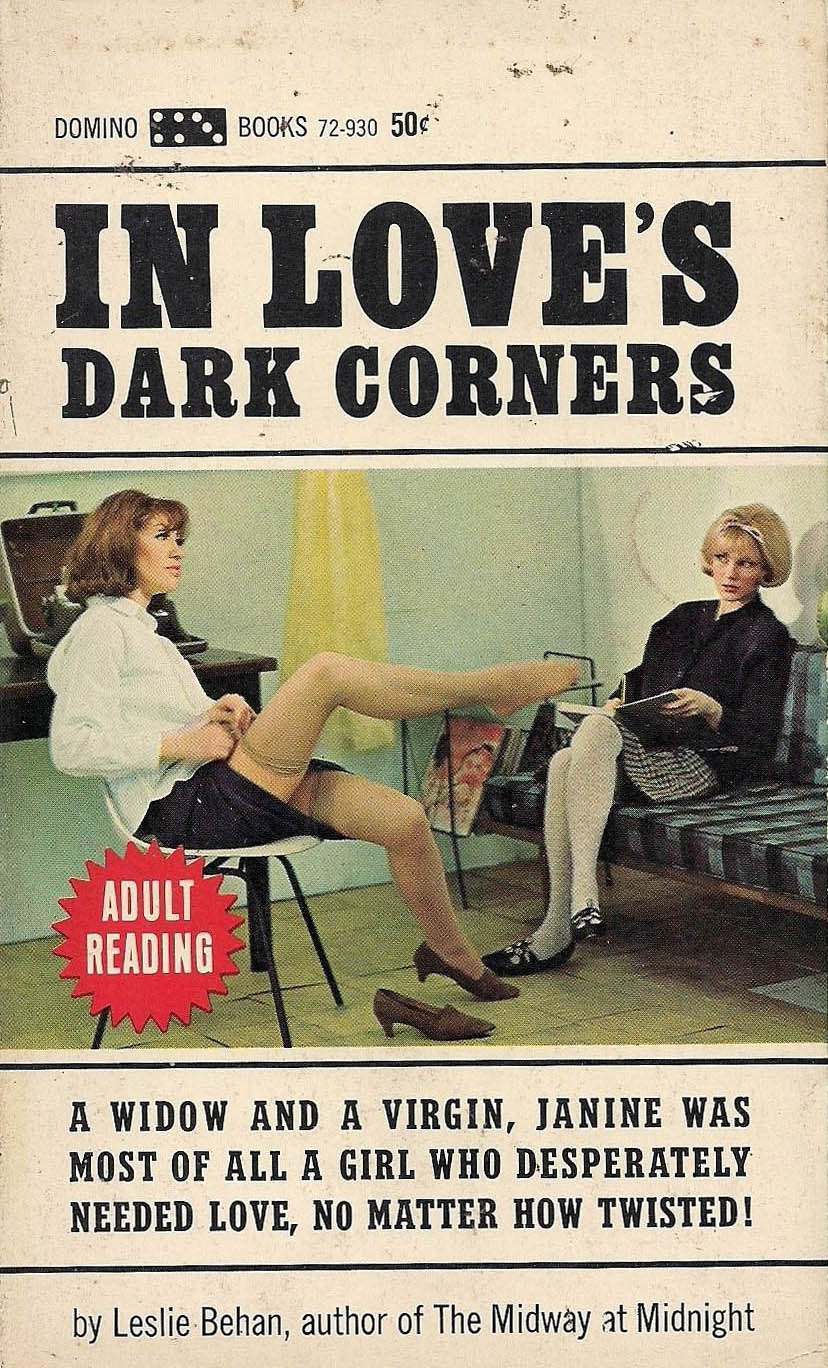 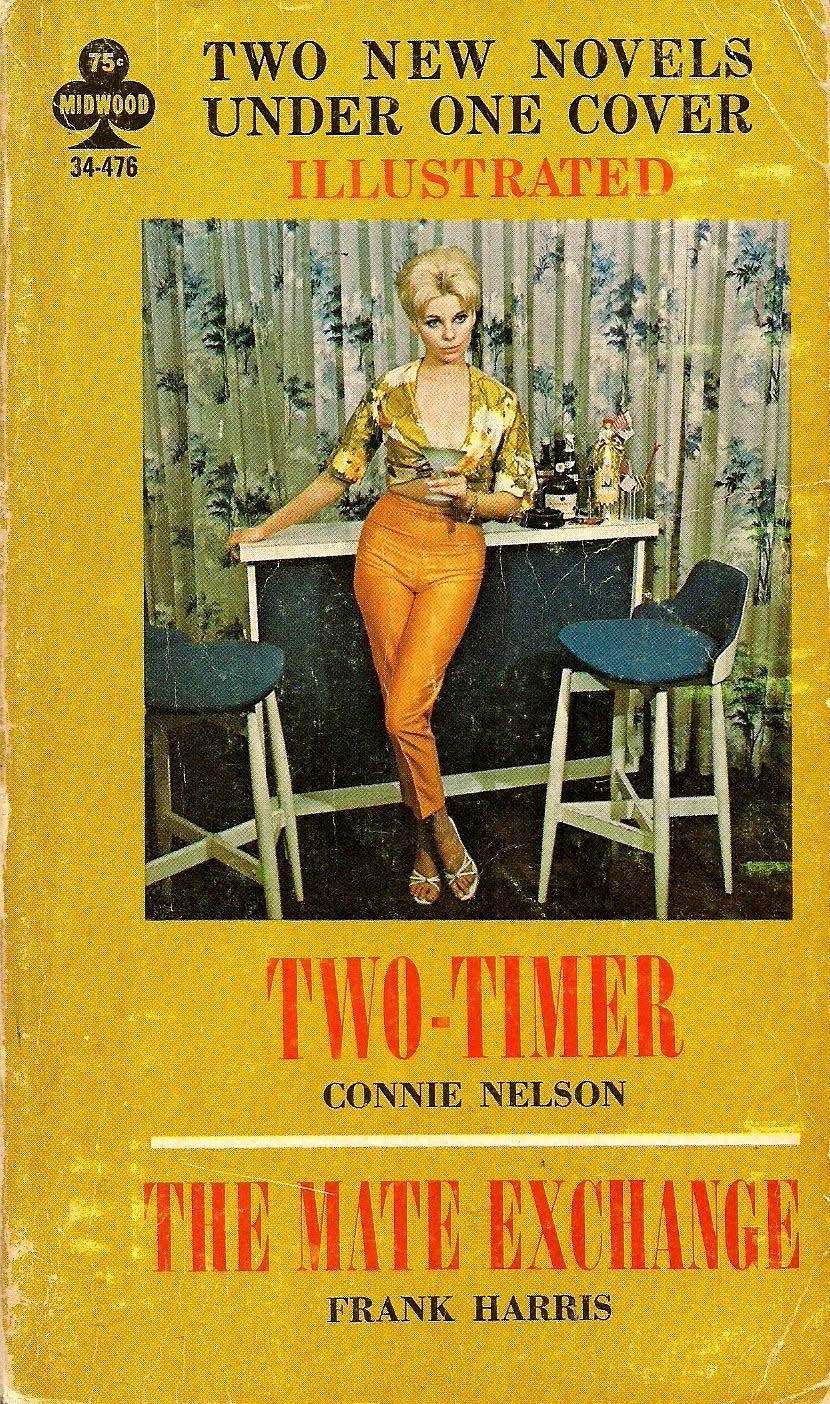 A curvy blonde with high-waisted capris waiting by a well-stocked wet bar with martini in hand…. the very vision of a Sixties Swinger’s dream. 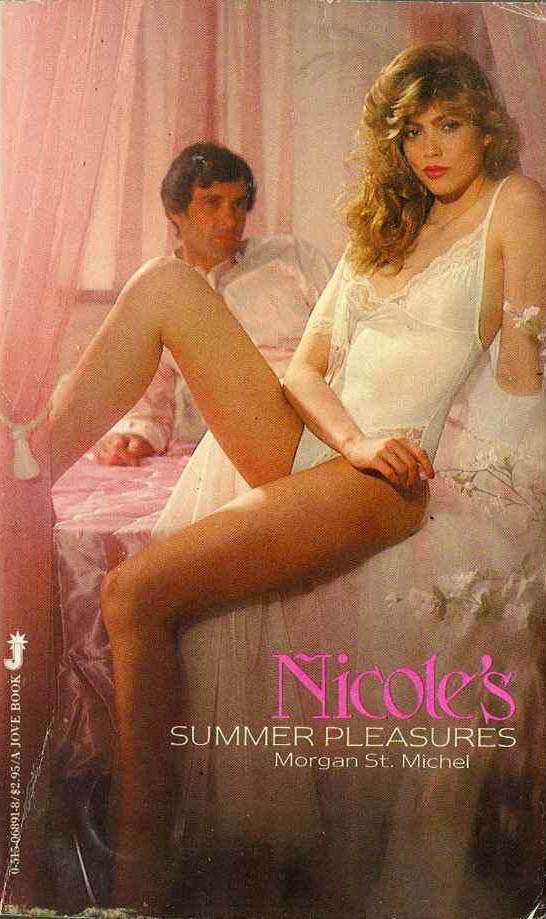 Those of you who’ve been following along with Flashbak for a while will be reminded of the amazing Christina books.  If you haven’t had a look – check them out here.  Again- you will thank me later. 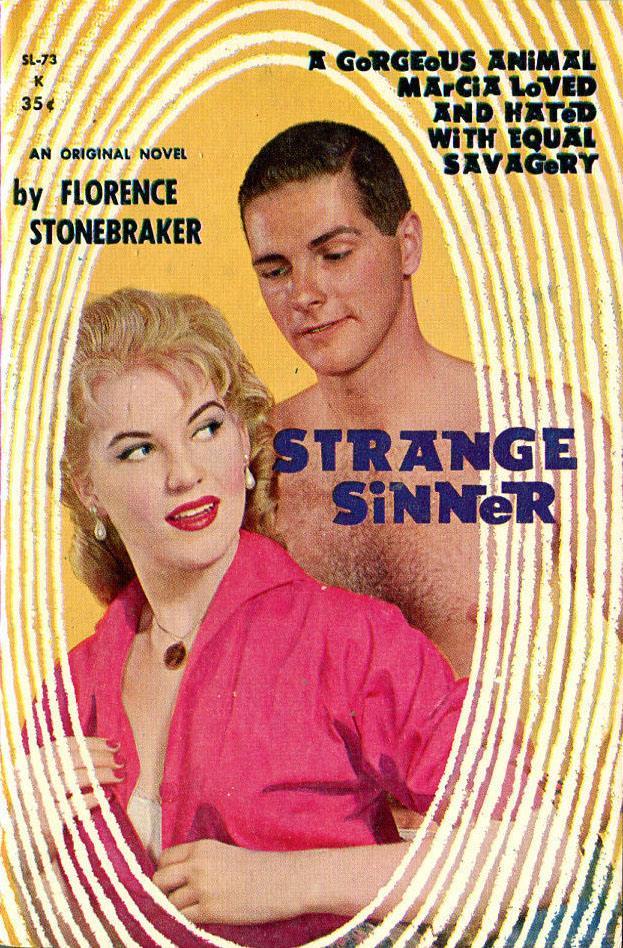 They’re saying Marcia is the “strange sinner”, but I’m going to go out on a limb and say her overly attached boyfriend has her beat in the “strange” department. 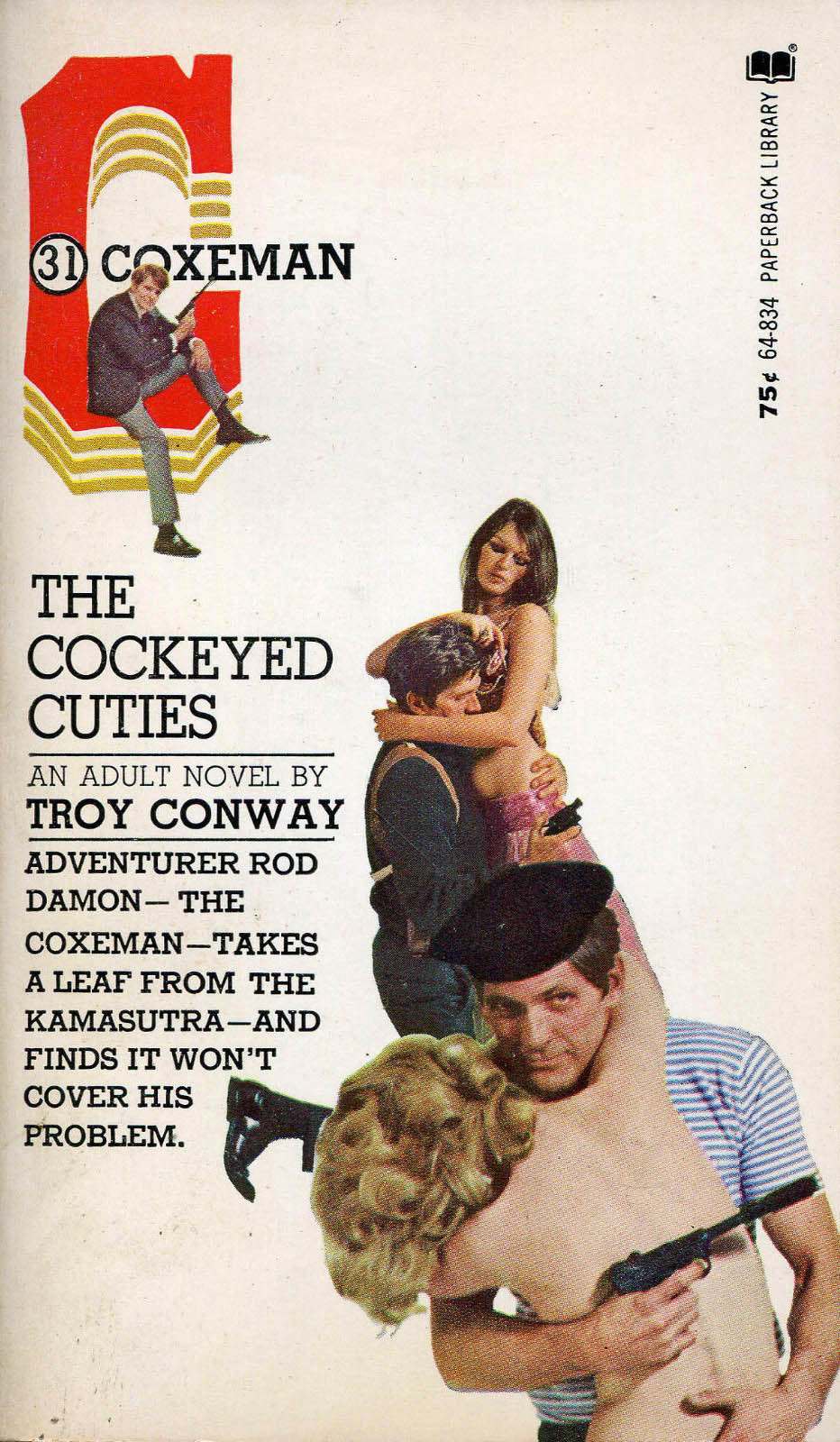 “Cockeyed cuties”, “Rod”, “Coxman”, a leaf that won’t cover…. I have a feeling more bad puns and double entendres are to be had “between the covers” of this novel. 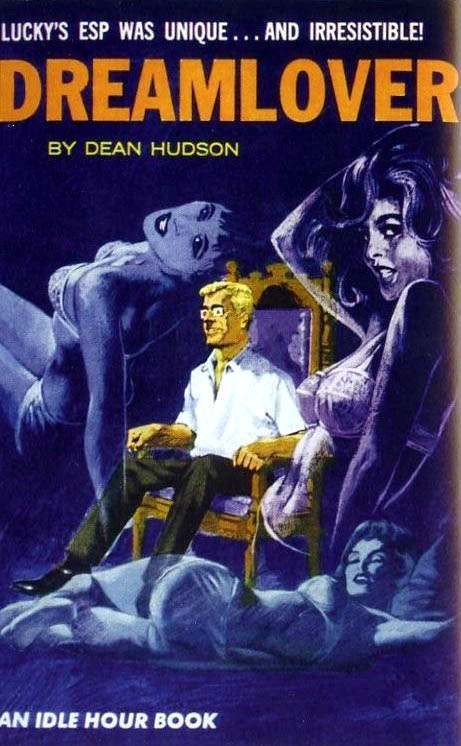 Bwahahahaa!  Lucky’s expression is the funniest thing I’ve seen all day.  And, yes, this is what men will do with super powers… fighting crime is too dangerous. 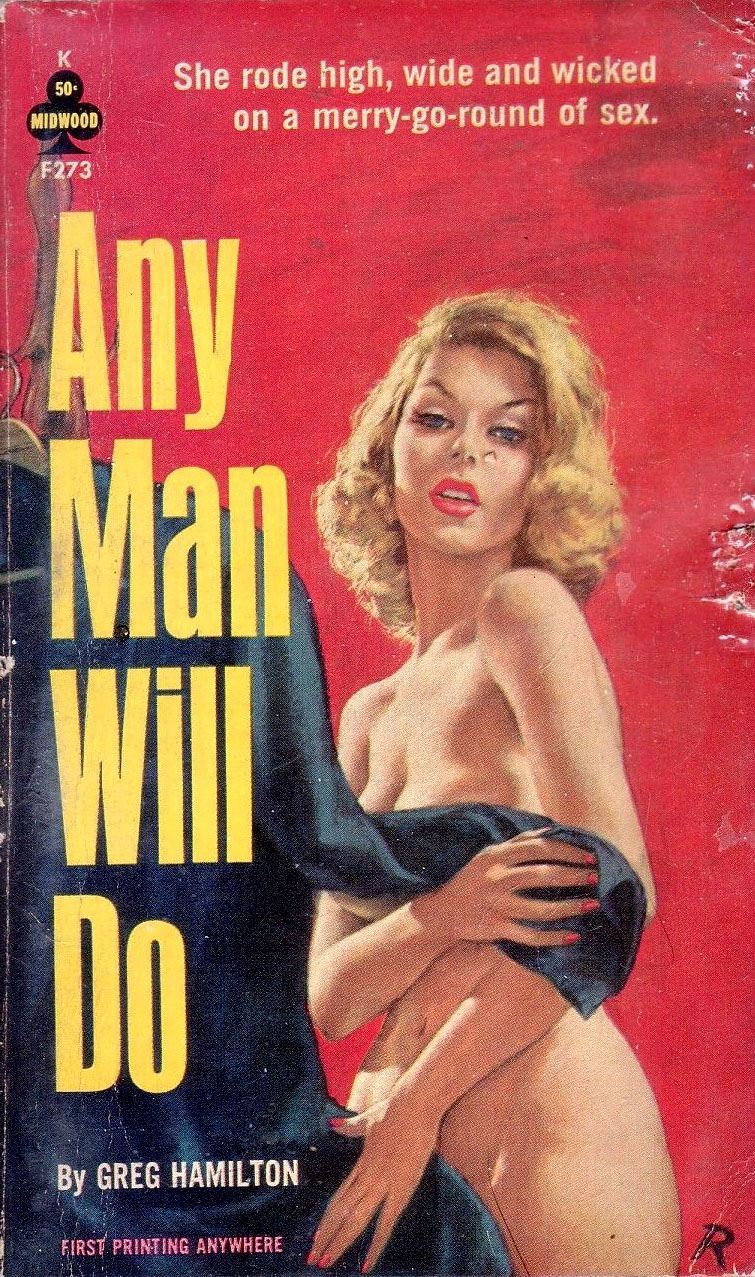 “She rode high, wide and wicked on a merry-go-round of sex”

If you can appreciate this awesome cover blurb, check out  An Ambush Of Psychotic Lust! 10 Sleazy Mid-Century Paperback Blurbs. 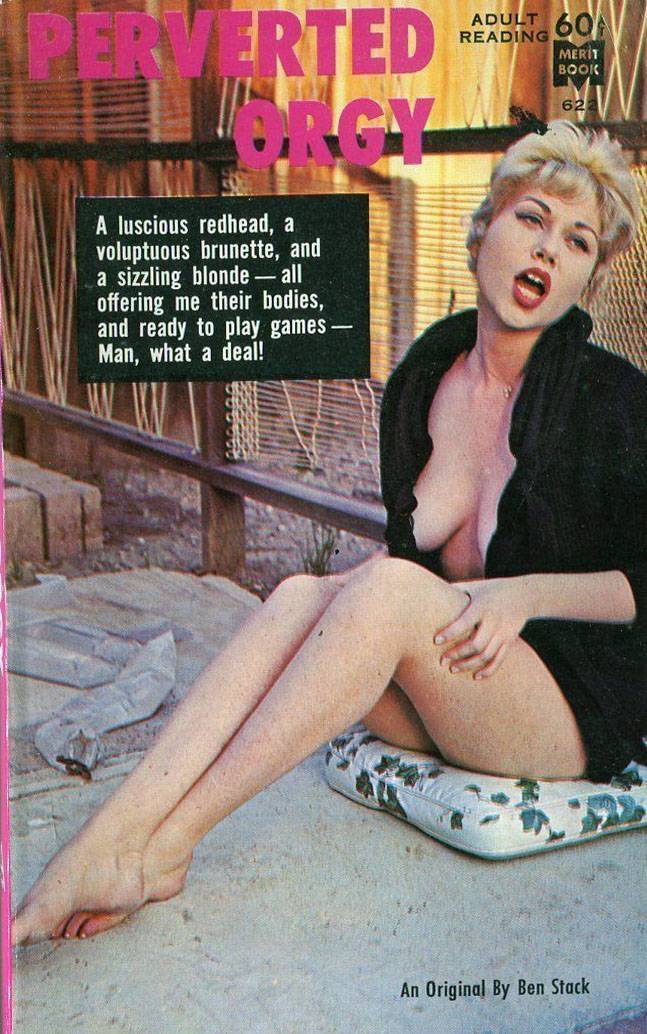 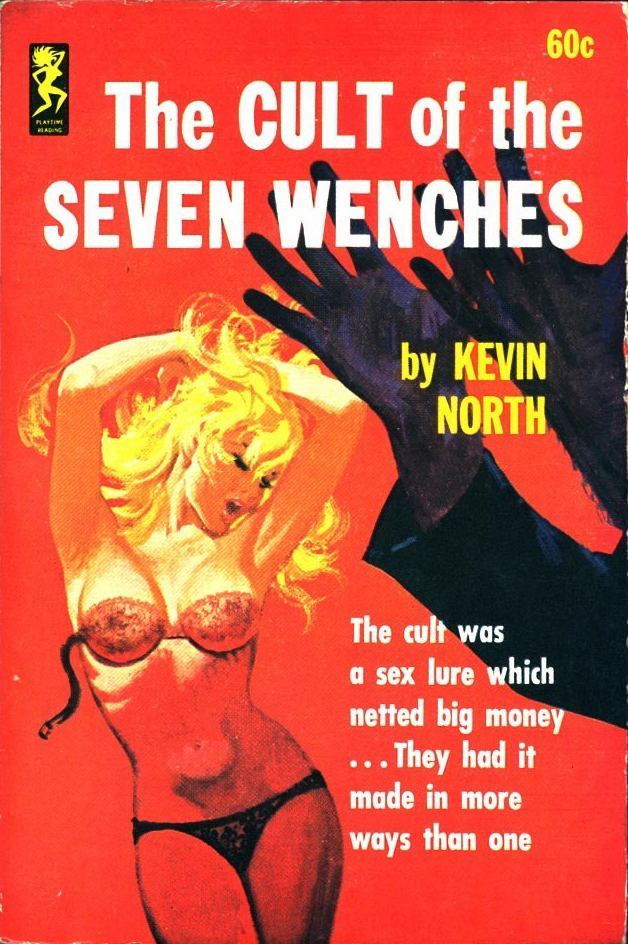 I’m a sceptical kind of guy, not prone to falling under cults and such… but this is one I think I could really get behind.  Where do I sign? 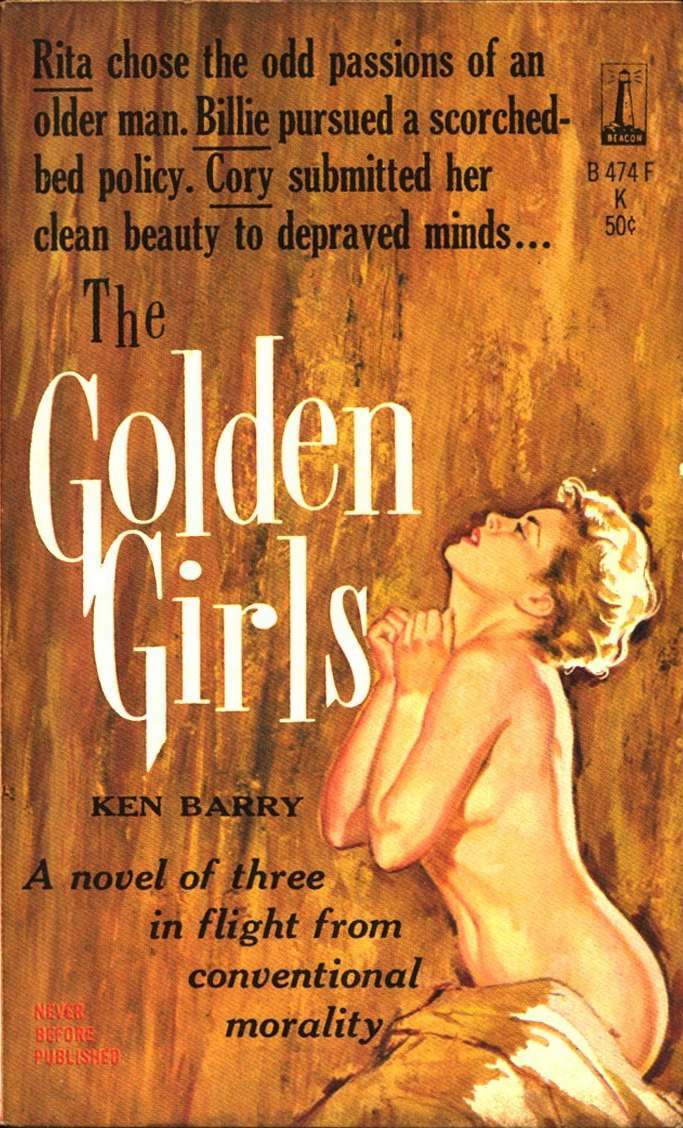 Ummmm, yeah, you may want to skip the Bea Arthur and Estelle Getty chapters.