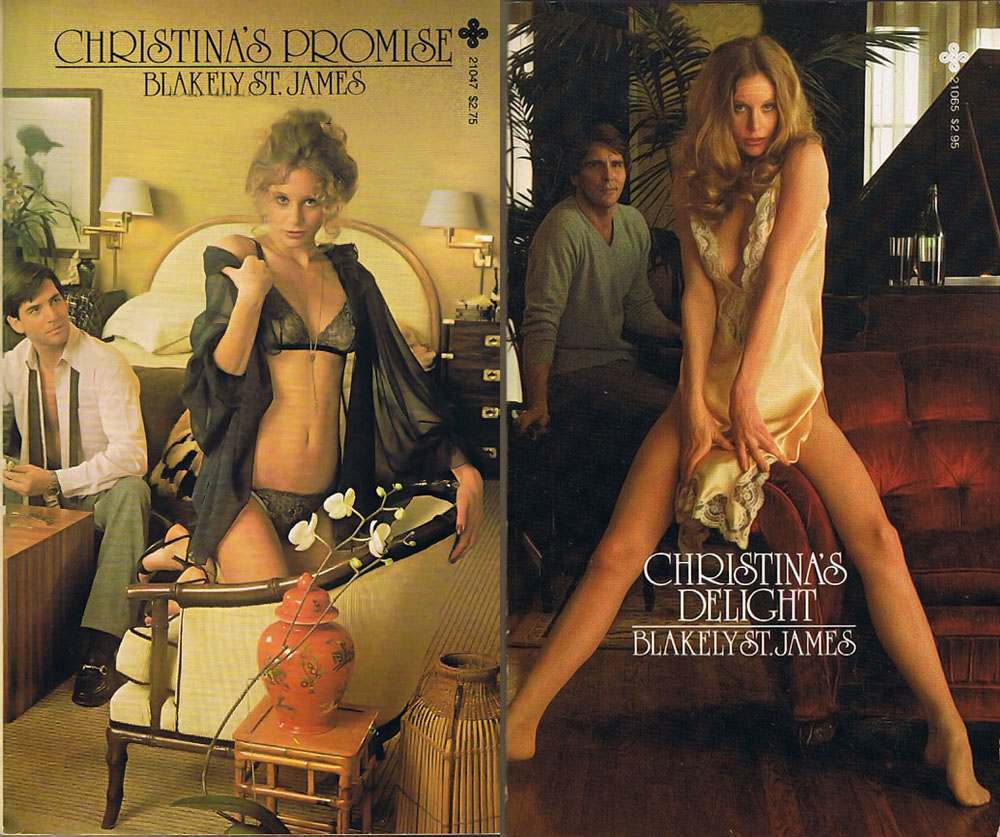 THE Christina books lasted through the Seventies and the Eighties, through several authors at the helm, and through several publishers. The series is a testament to what a hot chick on a paperback can do. Every cover was a full color photograph literally begging to be bought.

All the books were purported to be by Blakely St. John, a pseudonym used by a variety of authors. Interestingly, one author revealed his real name cryptically in Christina’s Craving (1984)  on page 46.

Every cover featured the alluring titular character, Christina Von Belle; a sexually liberated hottie who snorts a lot of coke. The model used on nearly every cover was Playboy Centerfold Jill Devries. The Christina series was originally published by Playboy Press (which was later bought out), so it made sense to put a Bunny on the cover. Devries has the distinction of being the first centerfold model to sign her name on the centerfold. 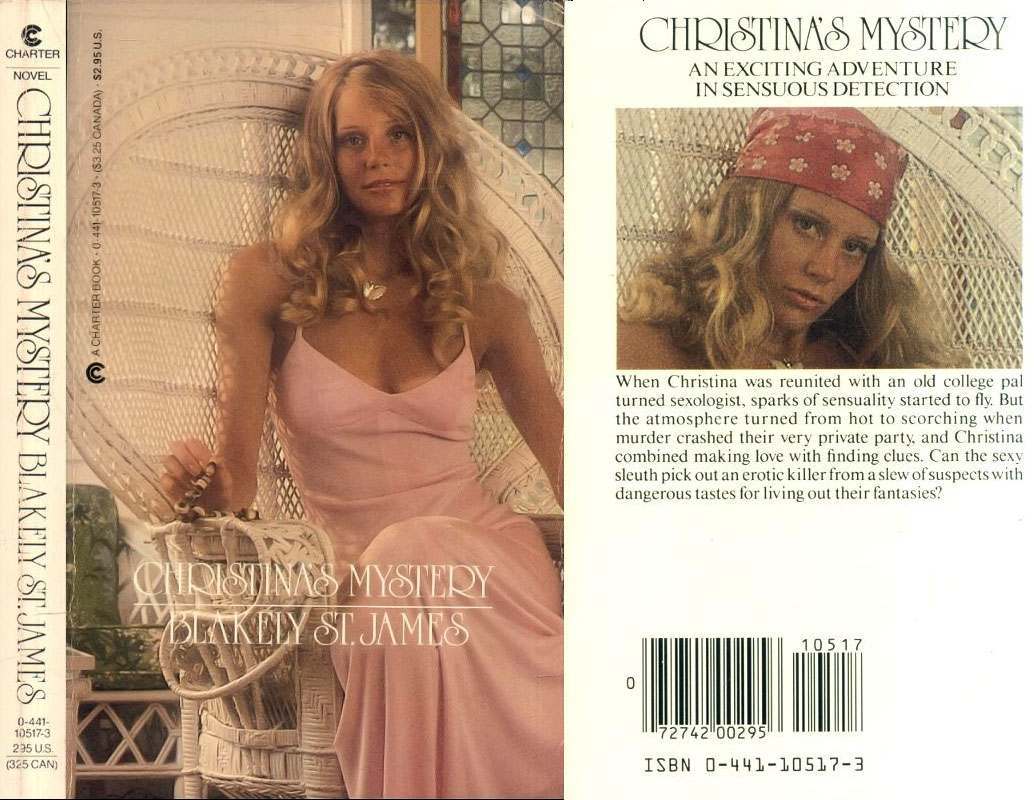 Devries has the more dubious distinction of being front and center of the Pubic Hair Wars of the 1970s. Unlike today, where men prefer their ladies shaved to look like prepubescent children; back then, the more hair the better. Playboy, trying to compete with Penthouse, put Devries in the October 1975 issue sporting a triumphant mane of pubic hair. Indeed, she is considered the Playboy all time record holder for most pubic hair shown in the magazine. Of course, Hustler and Penthouse soon surpassed it; however, Devries still holds the trophy for Playboy. 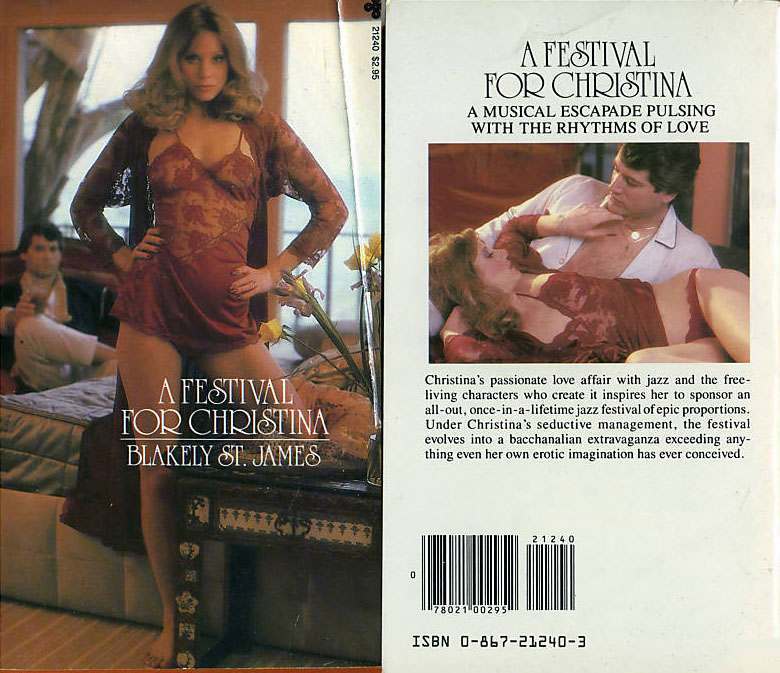 Considering Devries’ favorite movie is A Clockwork Orange (or at least it was when she wrote her bio in the 1975 issue of Playboy), she’s cool in my book. And speaking of movies, believe it or not, there was actually a movie adaptation of these novels. It was released in 1984 and featured our hero Christina Von Belle played by Jewel Shepard.

Here are a stack of Christina book covers for your viewing pleasure…. and you’re welcome. 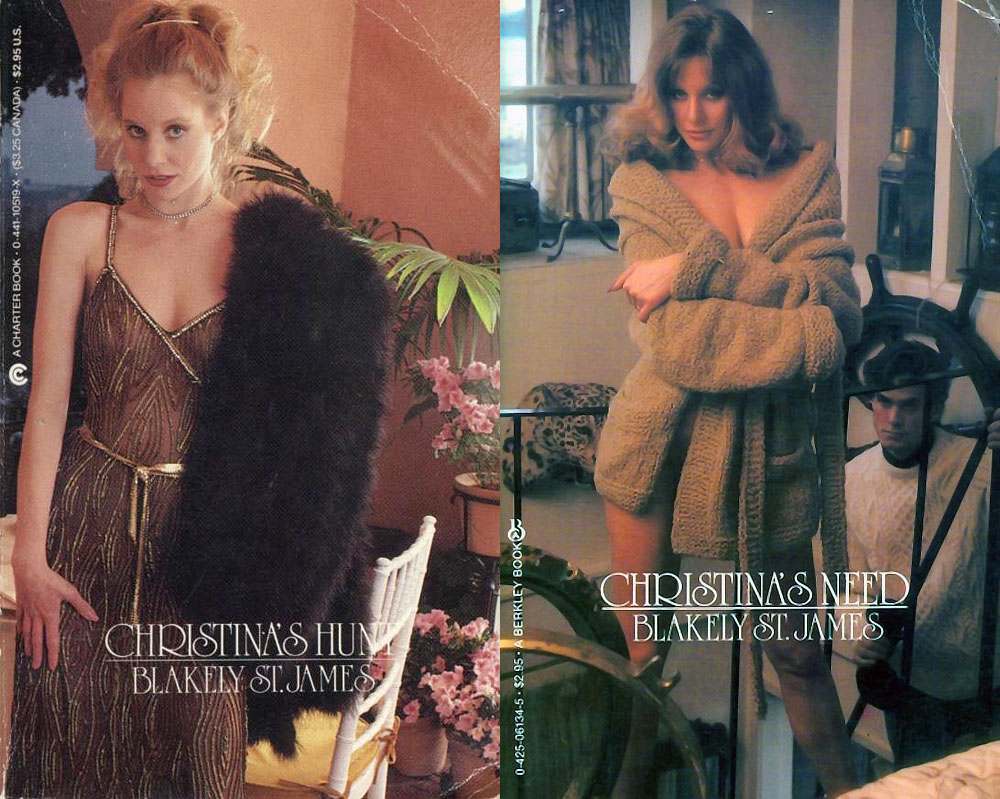 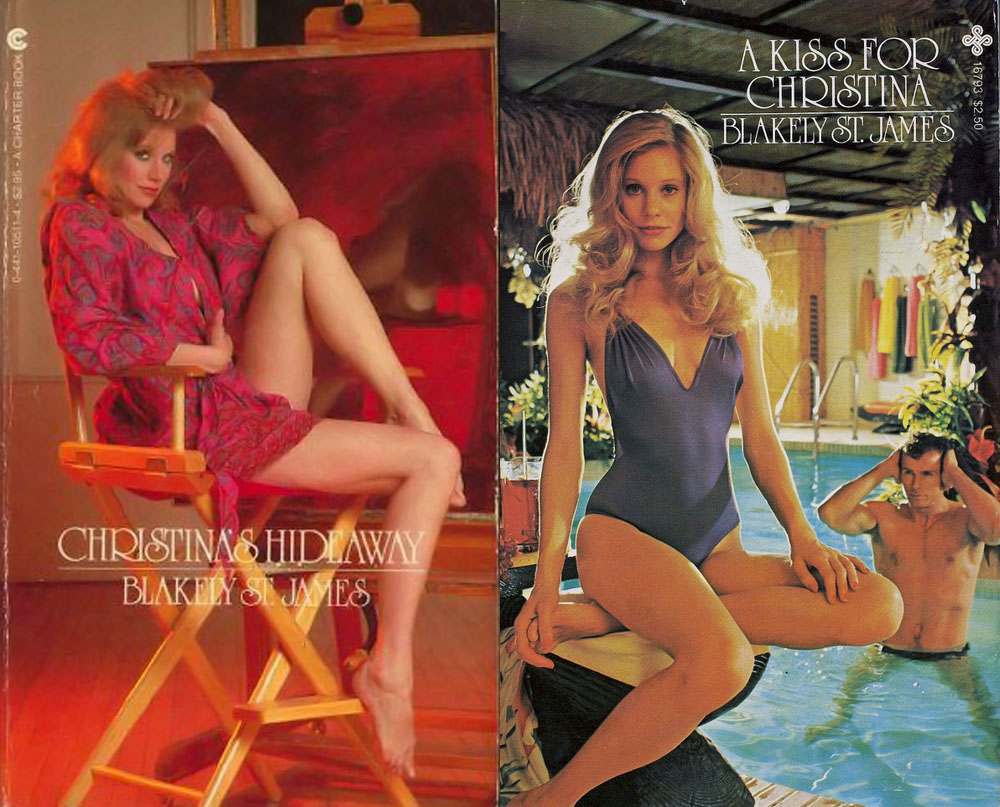 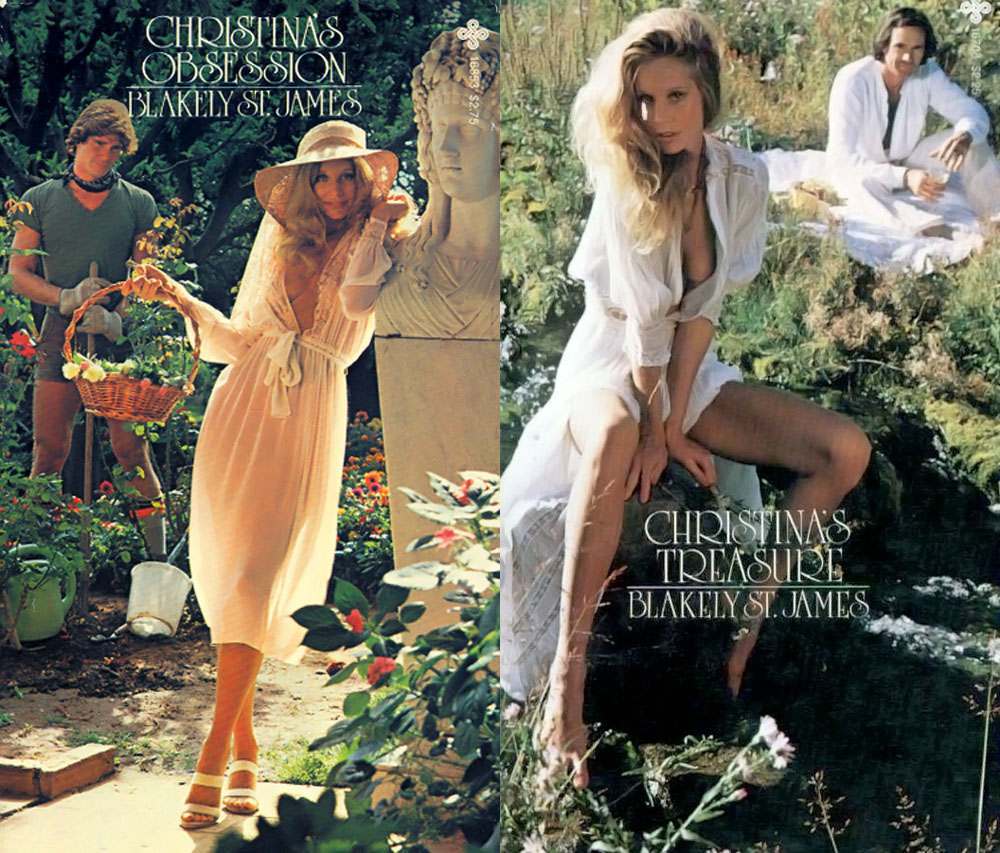 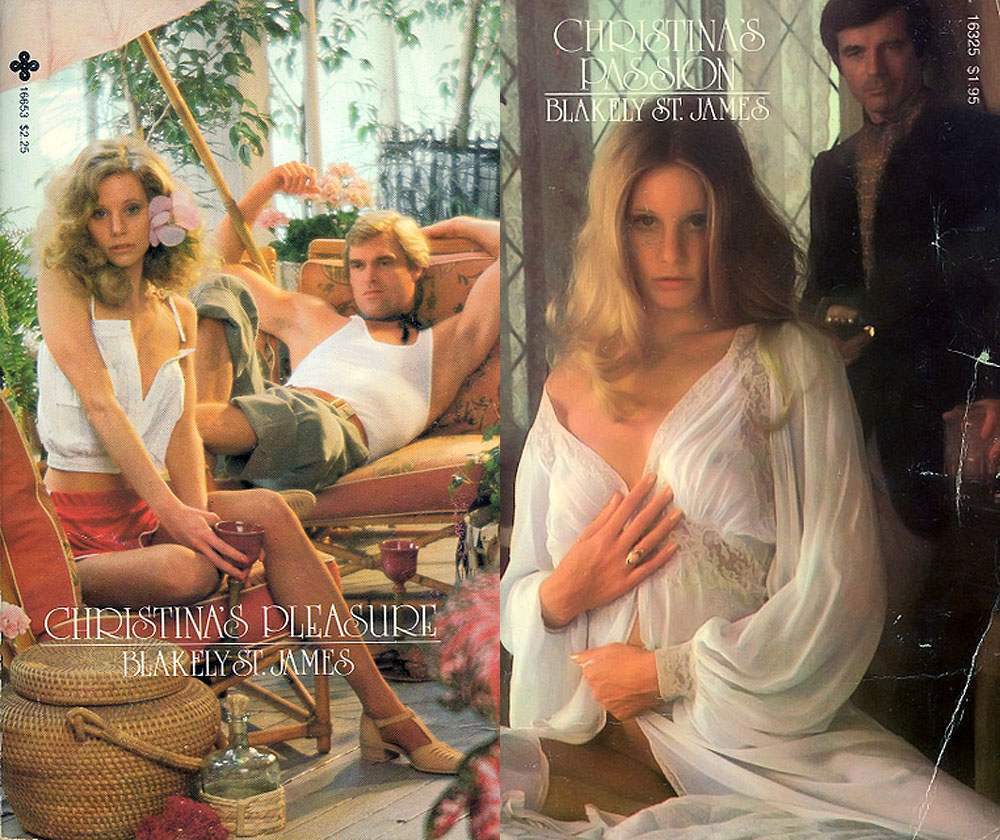 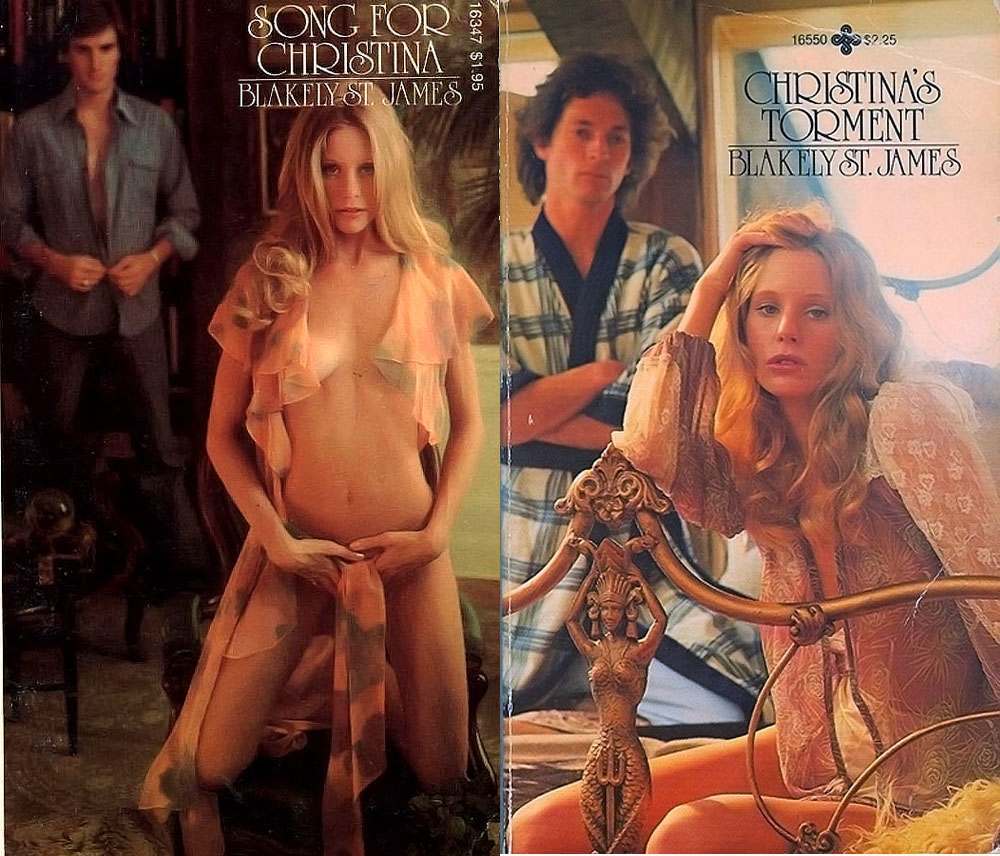 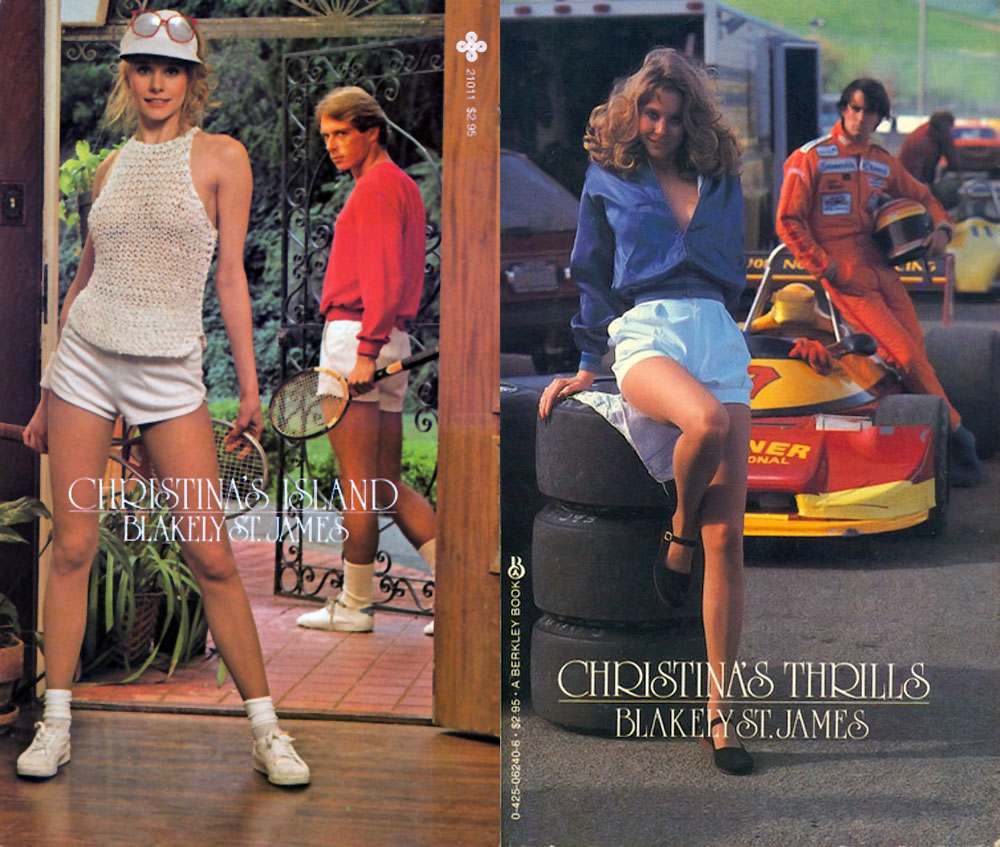 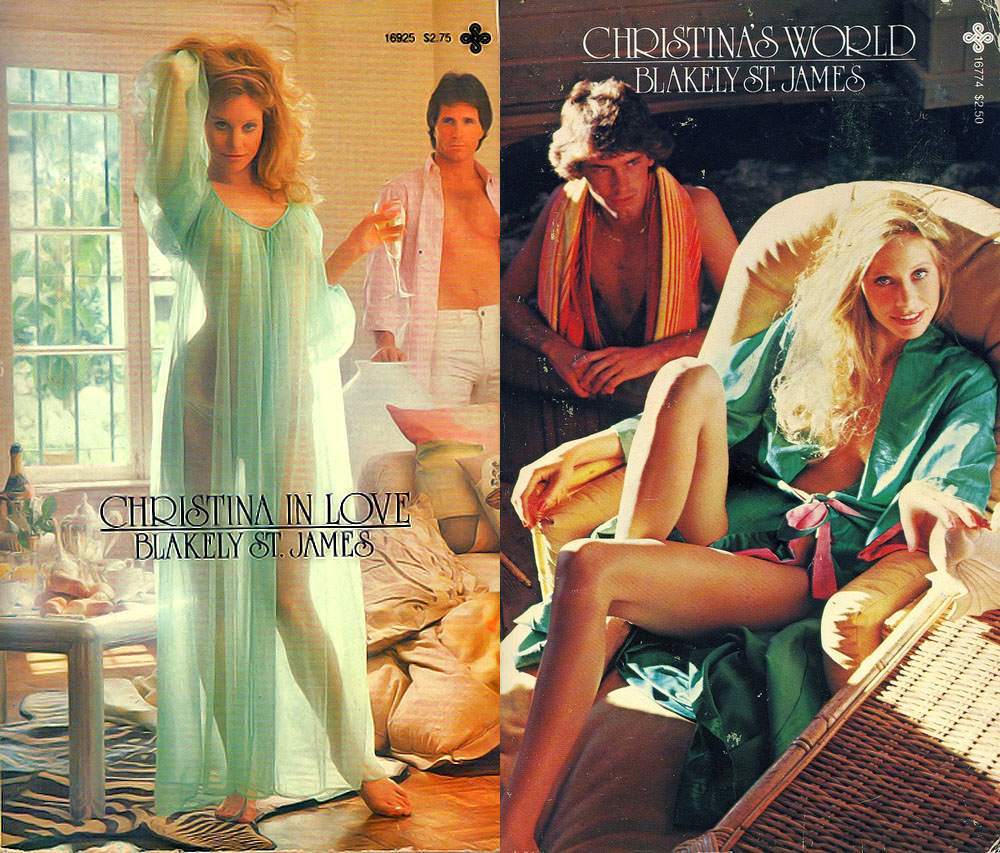 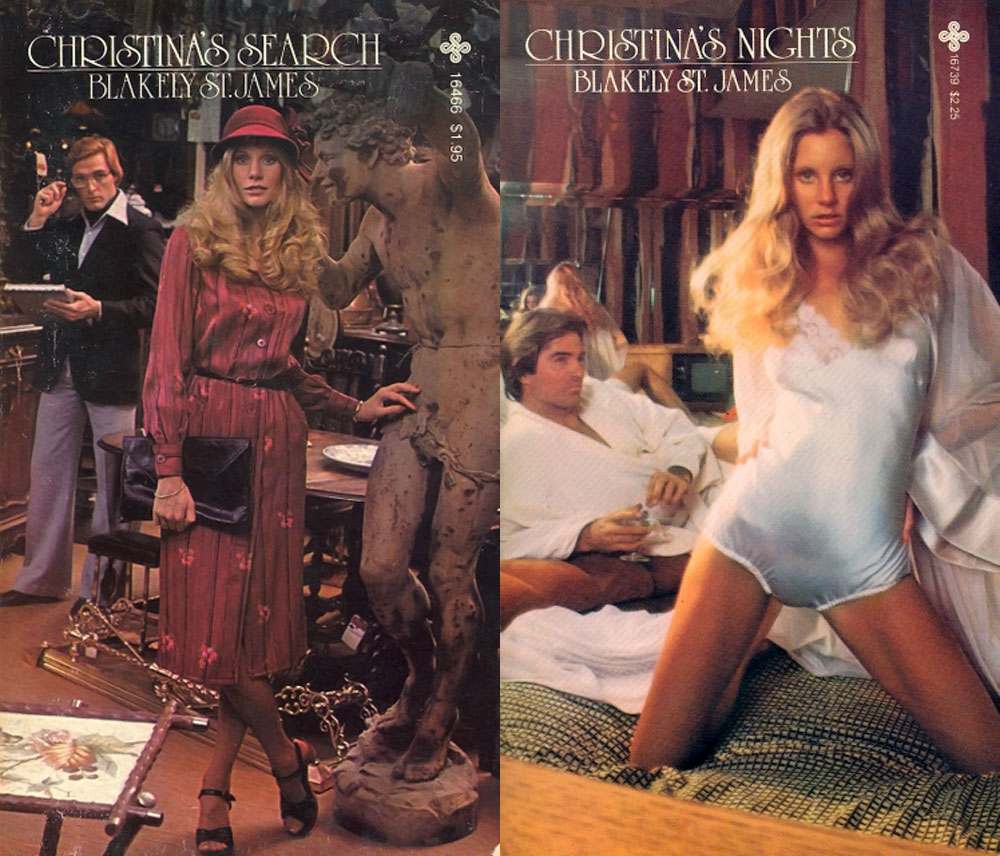 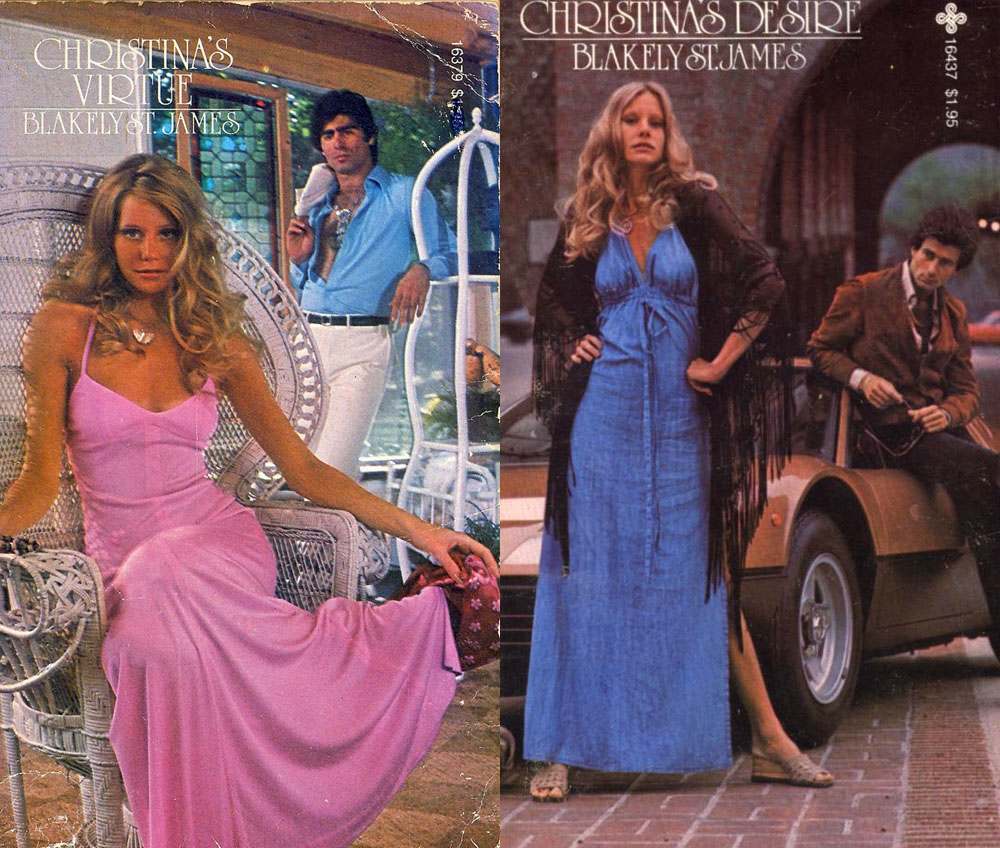 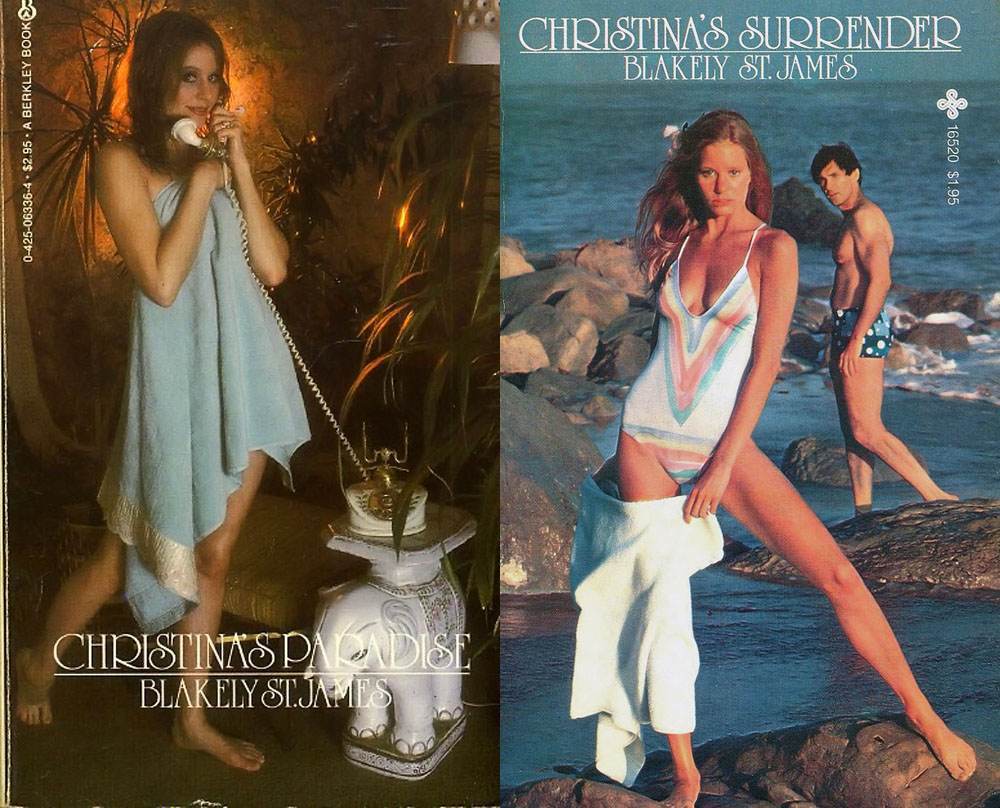 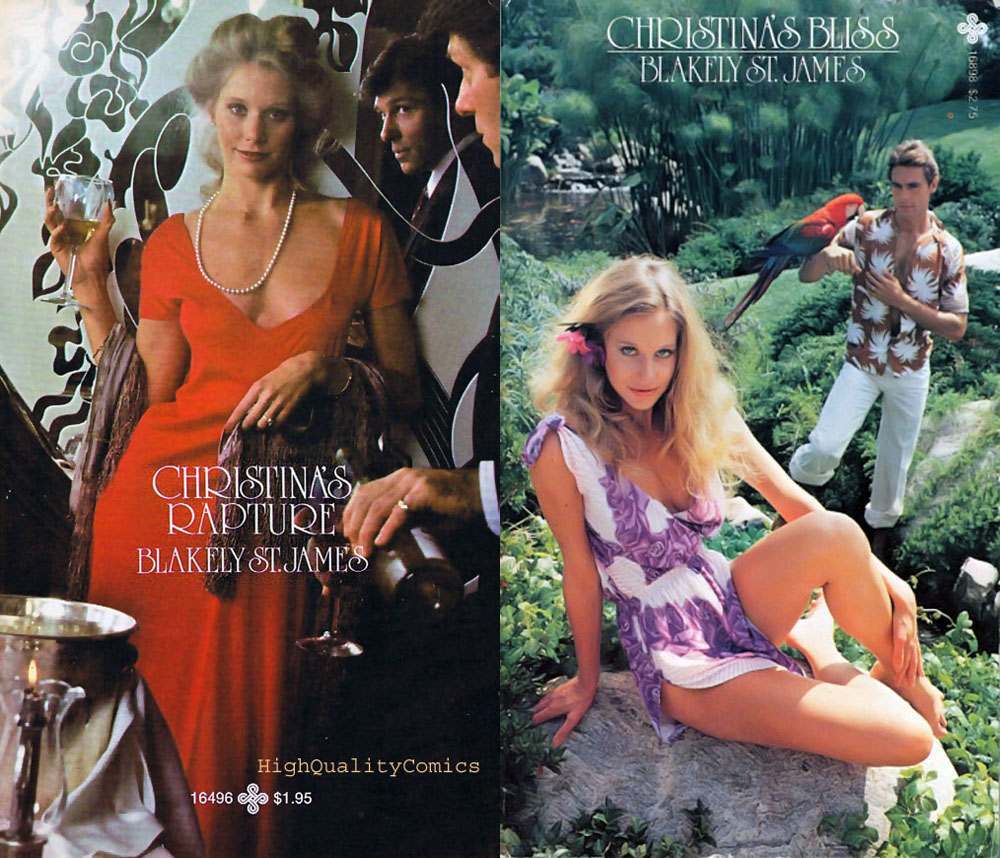