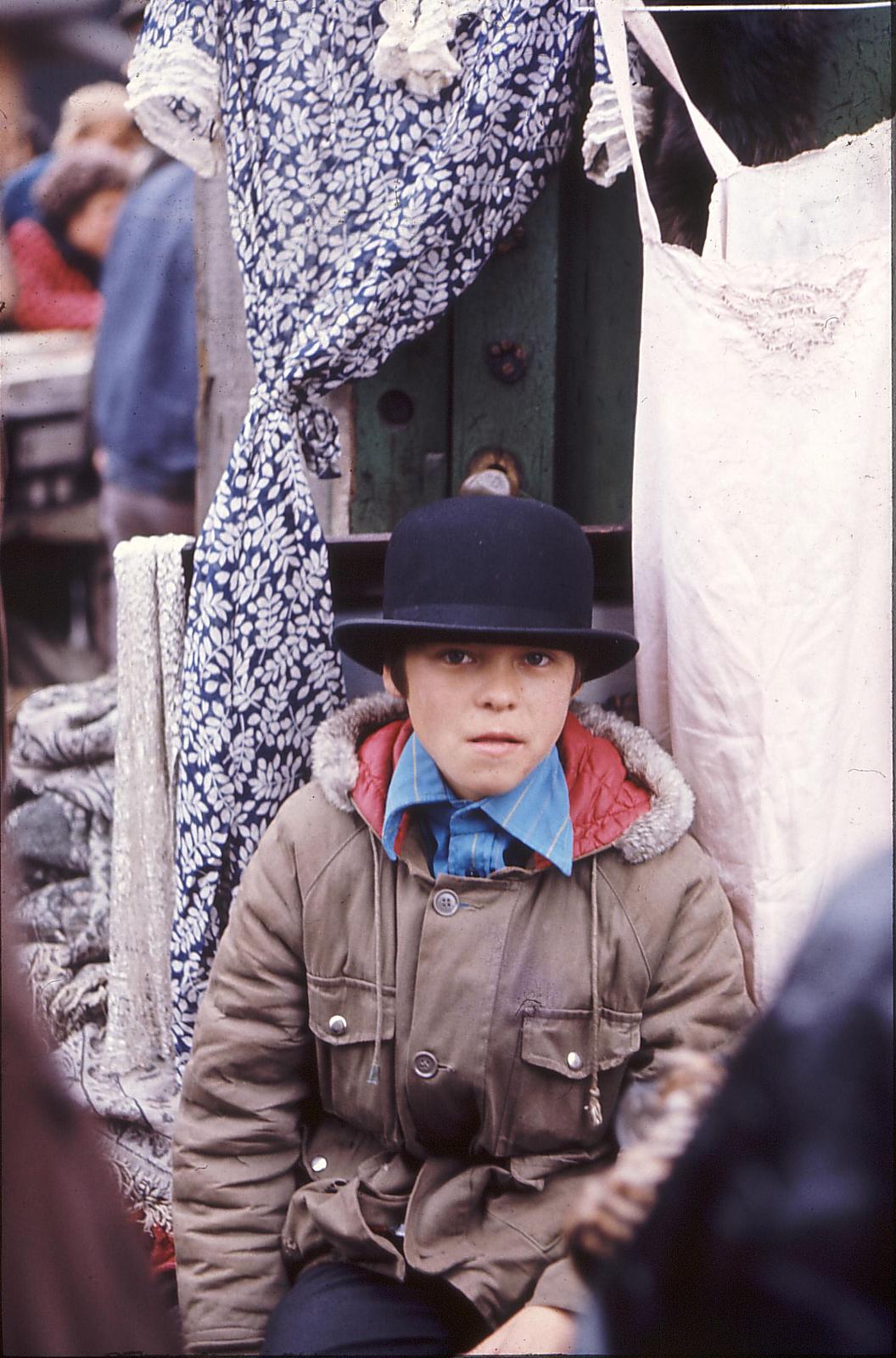 These photographs of Wapping and Whitechapel and the Shadwell Basin were mostly taken in the autumn of 1973 by Jonathan Barker. More of his fascinating photographs can be found at his flickr site. In the early 1970s much of  this part of London, once so thriving and busy not least because of the lucrative nearby docks, was soon to be lost forever. Much of it now, of course, has been gentrified or demolished and the skylines have completely changed.

The London docks had been closed to shipping four years previously in 1969 and sold to the London borough of Tower Hamlets. Much of the land was still largely derelict when it was acquired in 1981 by the London Docklands Development Corporation (LDDC). It was subsequently redeveloped with over 1,000 individual properties centred on the old Tobacco Dock and Shadwell Basin.

The controversial “Fortress Wapping” printing works of Rupert Murdoch’s News International corporation was constructed on the northern half of the infilled Western Dock. Hermitage Basin and Shadwell Basin survive. Wapping Basin is now a sports pitch and some of the Eastern Dock site is open space. A small canal runs across the southern part of the Western Dock site from Hermitage Basin to Tobacco Dock.

Much of the area around Wapping and Whitechapel suffered awful damage during the Blitz and from the German V-weapon attacks later in World War II. 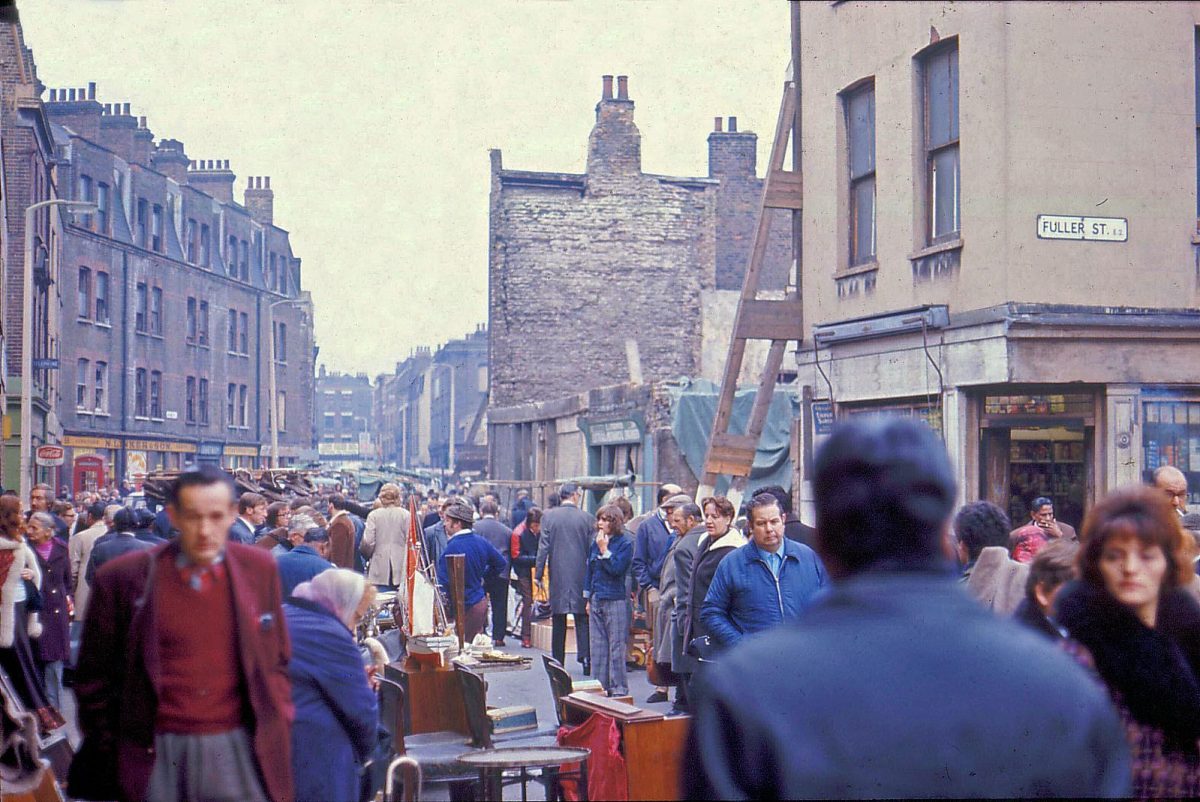 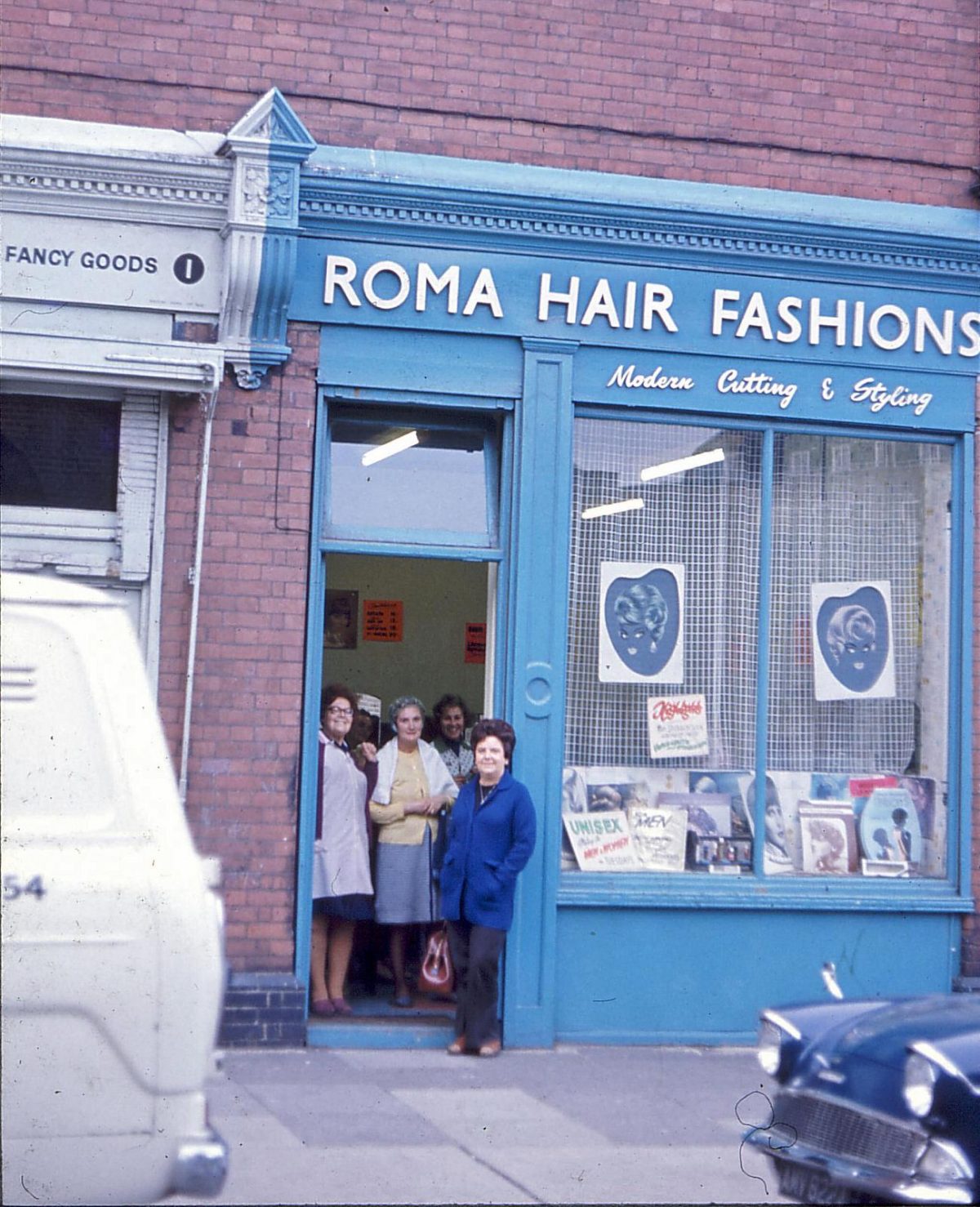 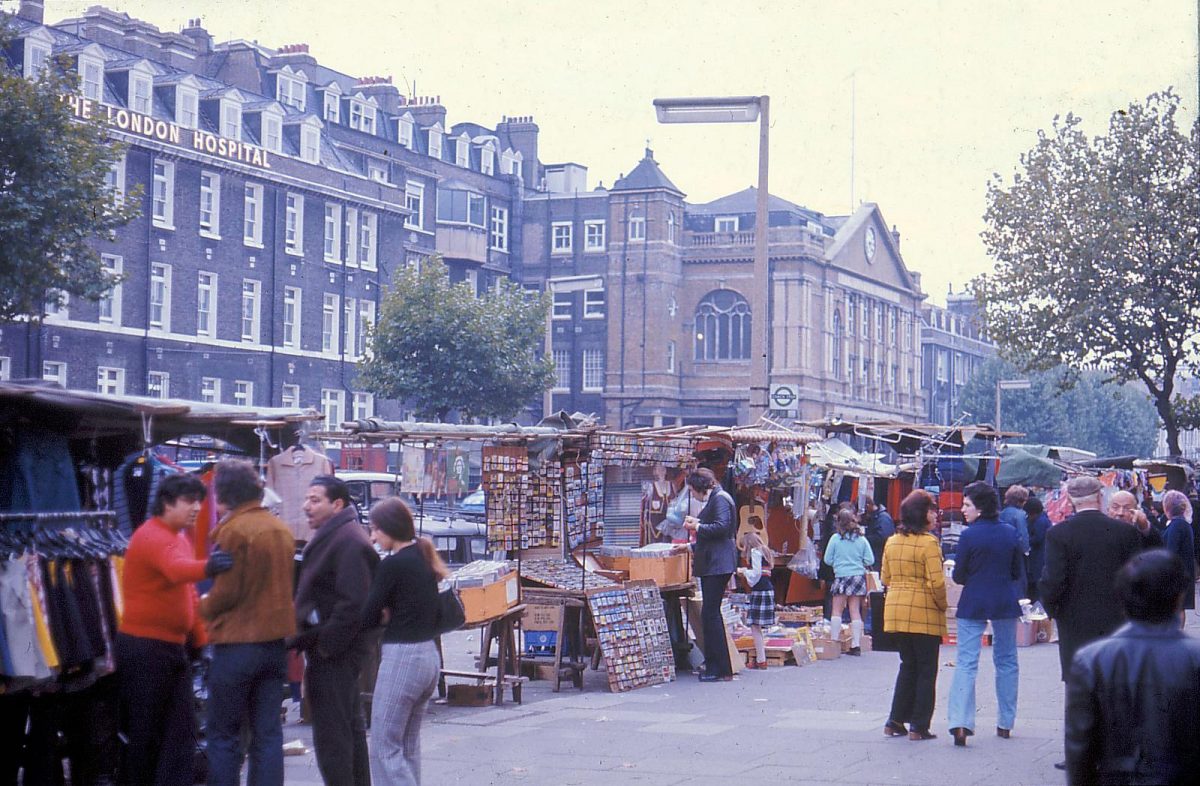 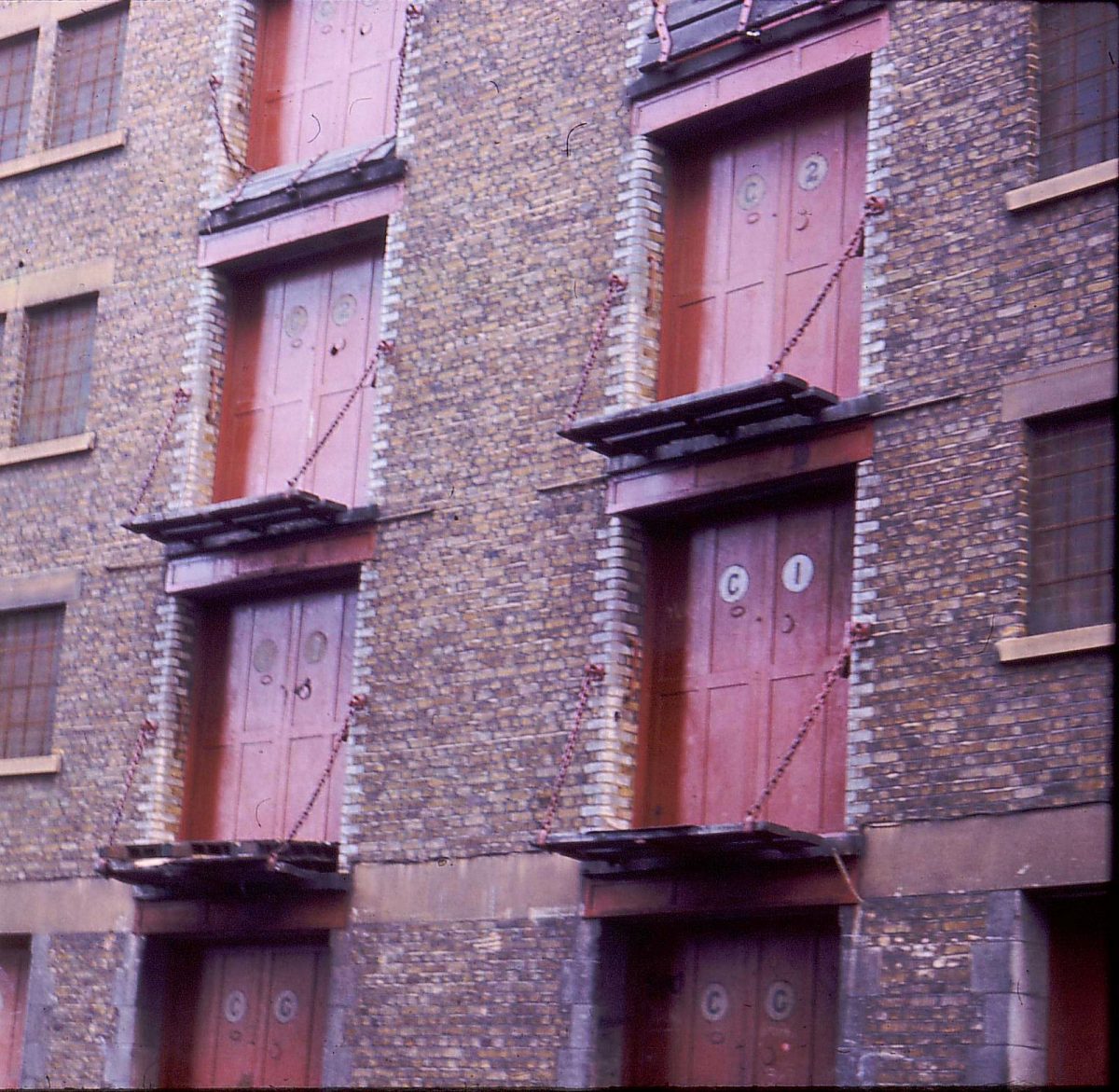 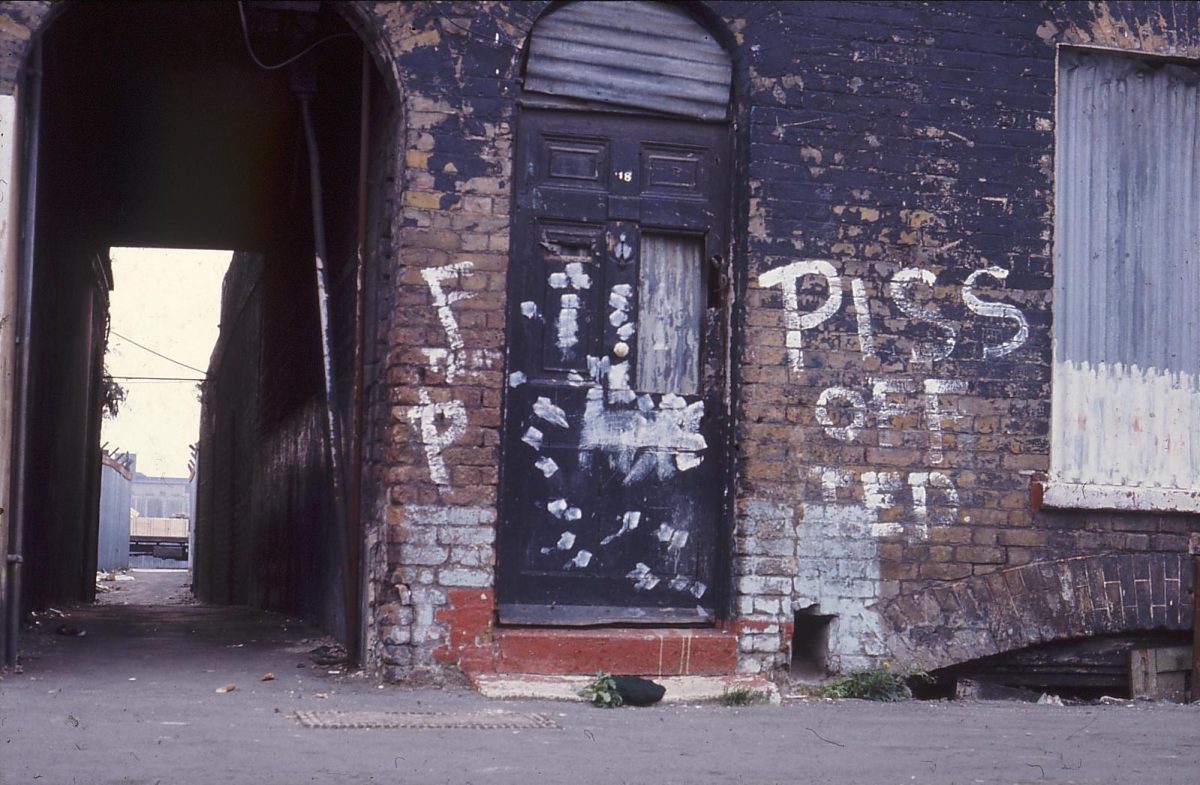 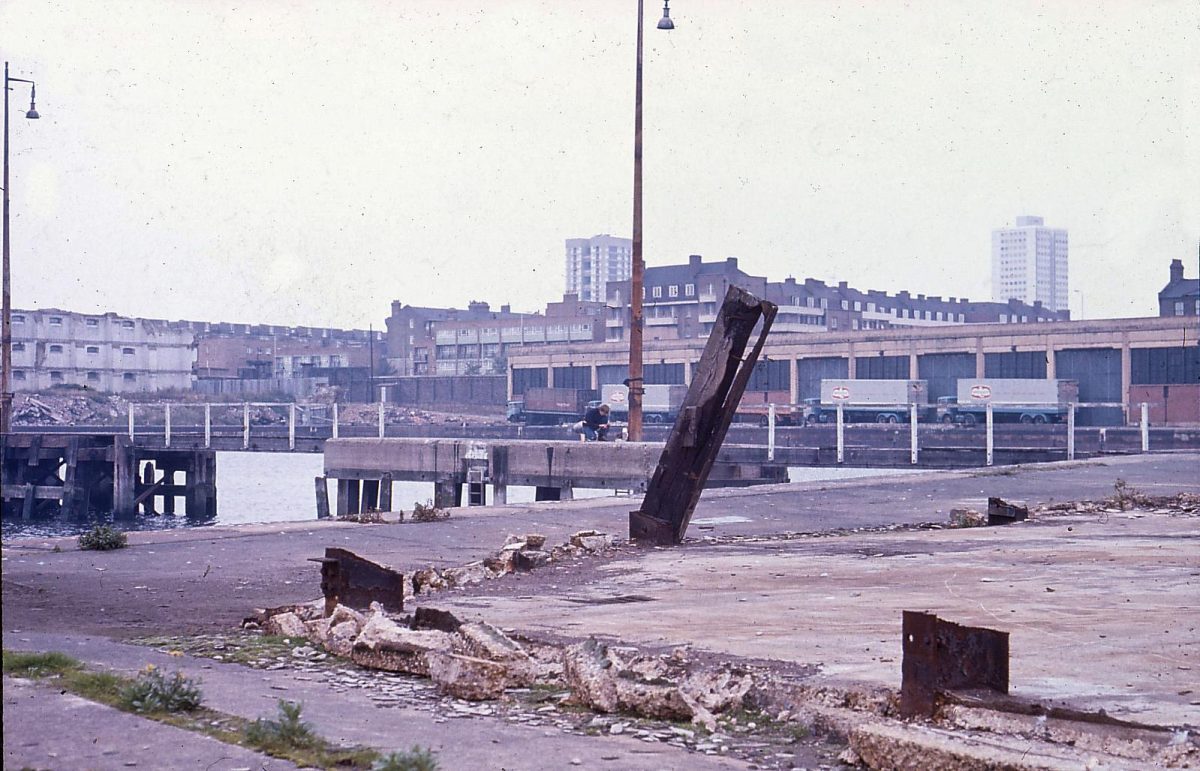 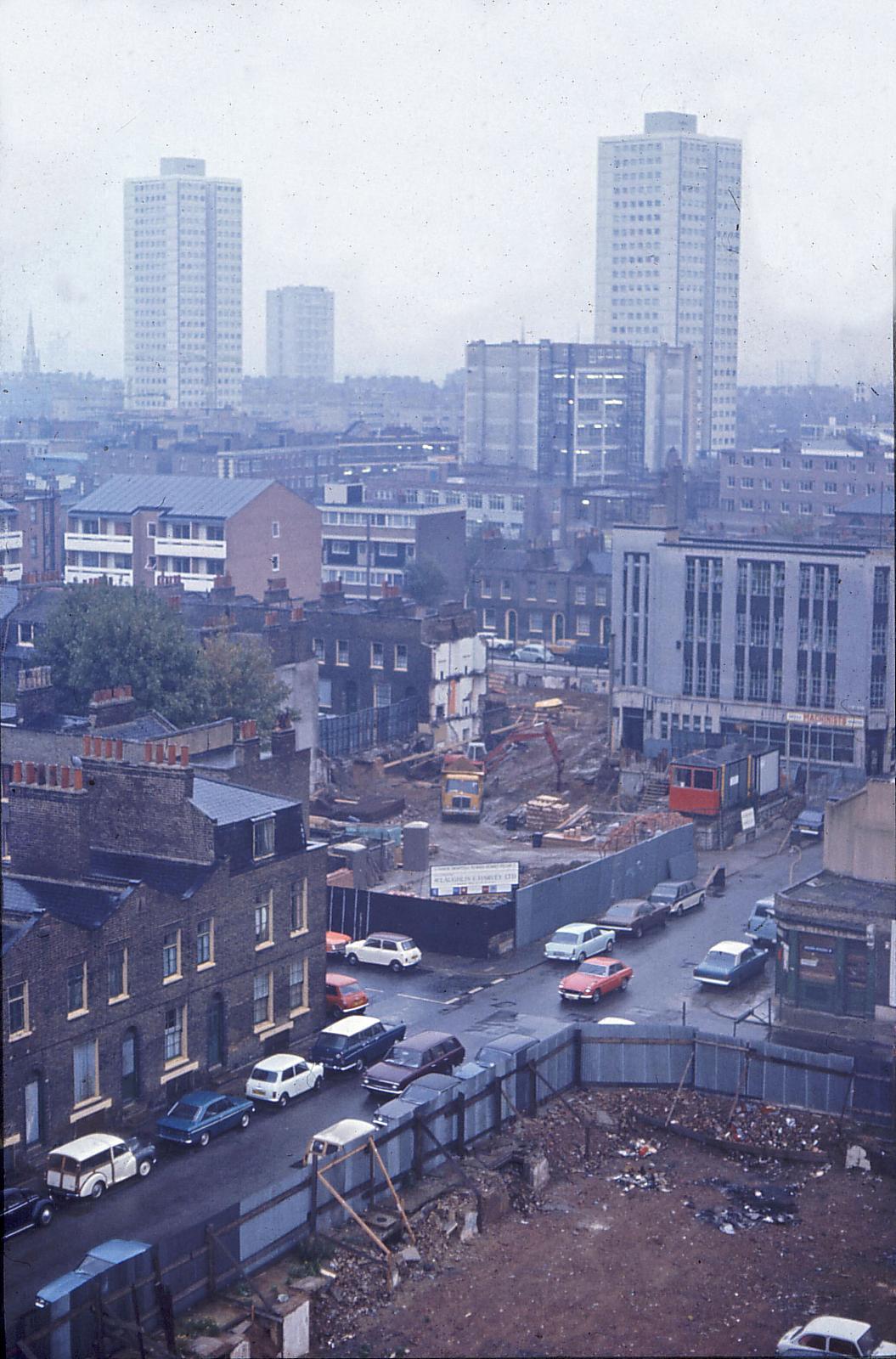 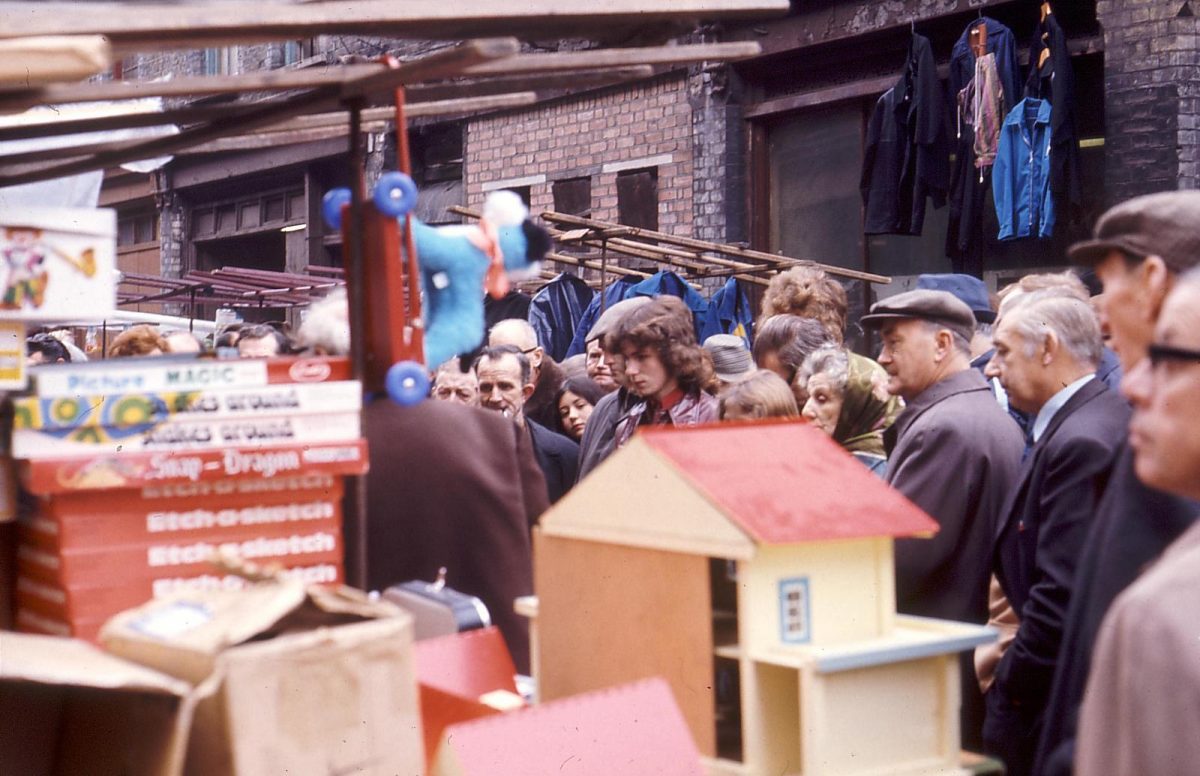 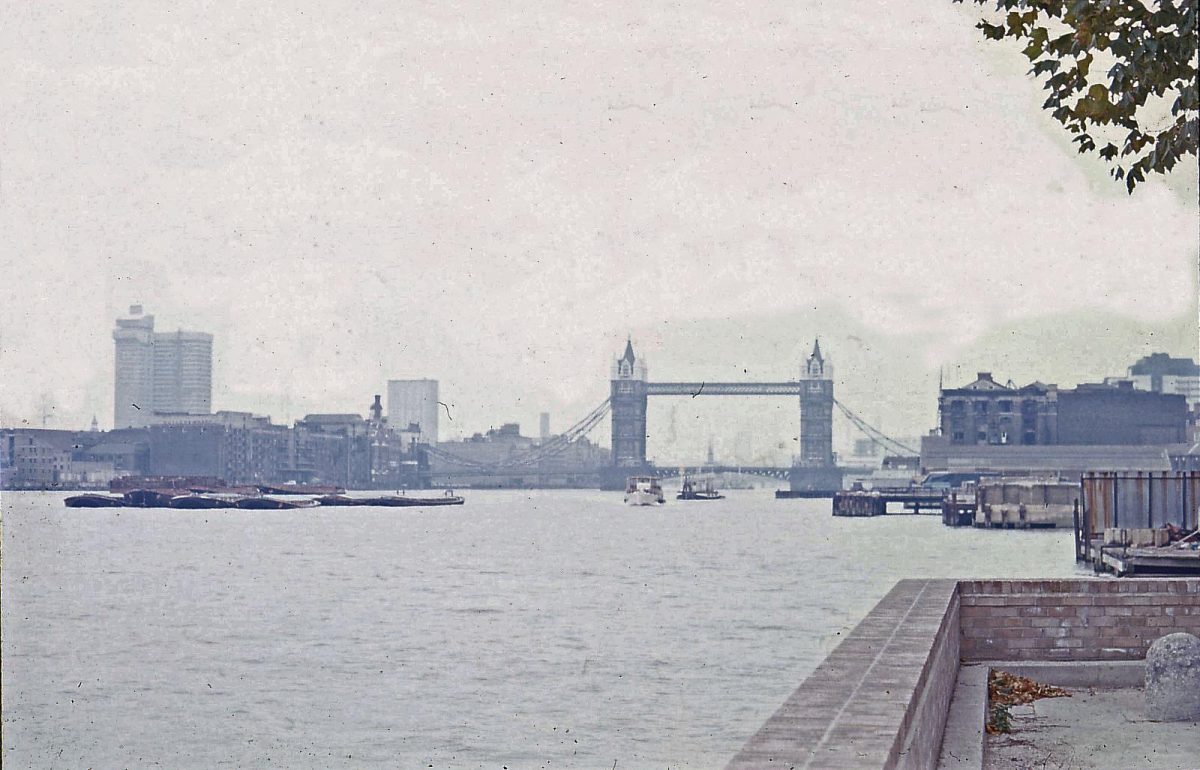 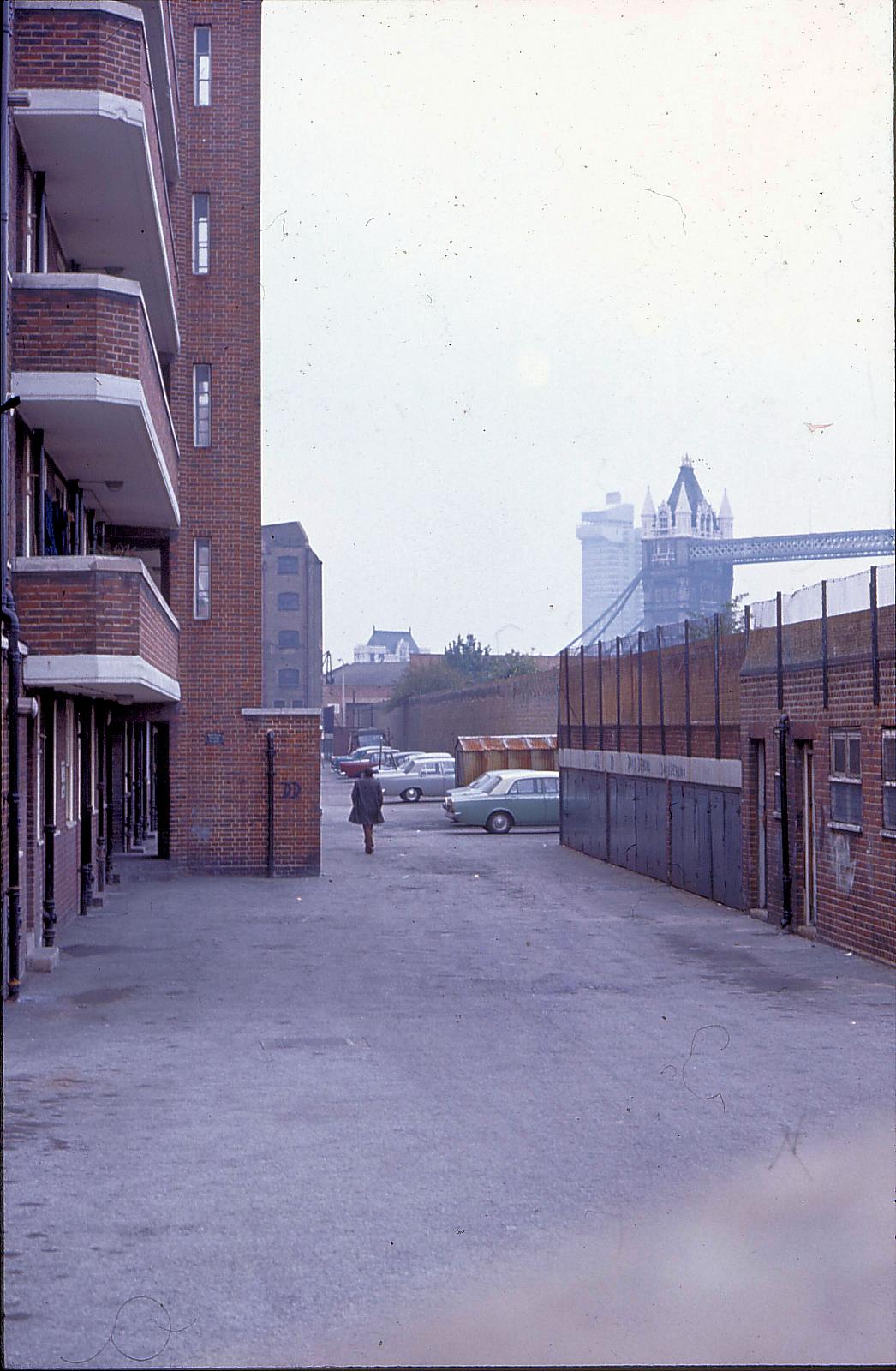 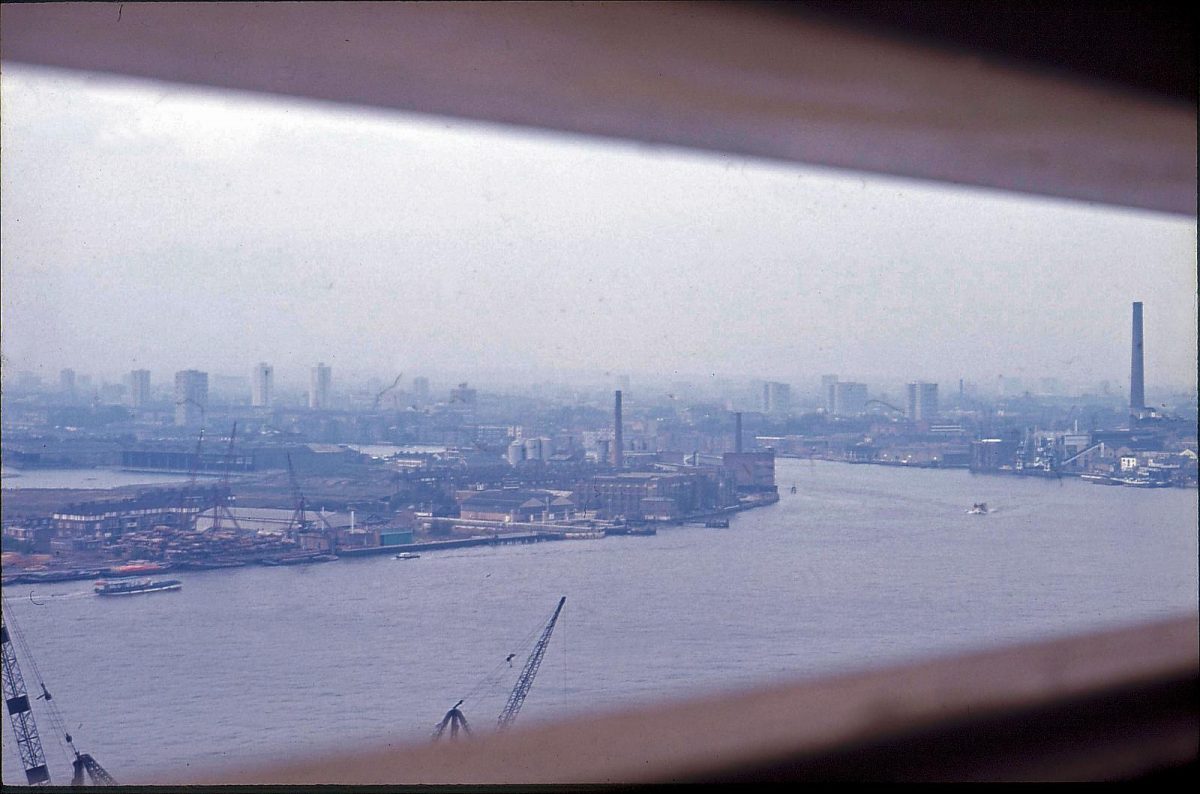 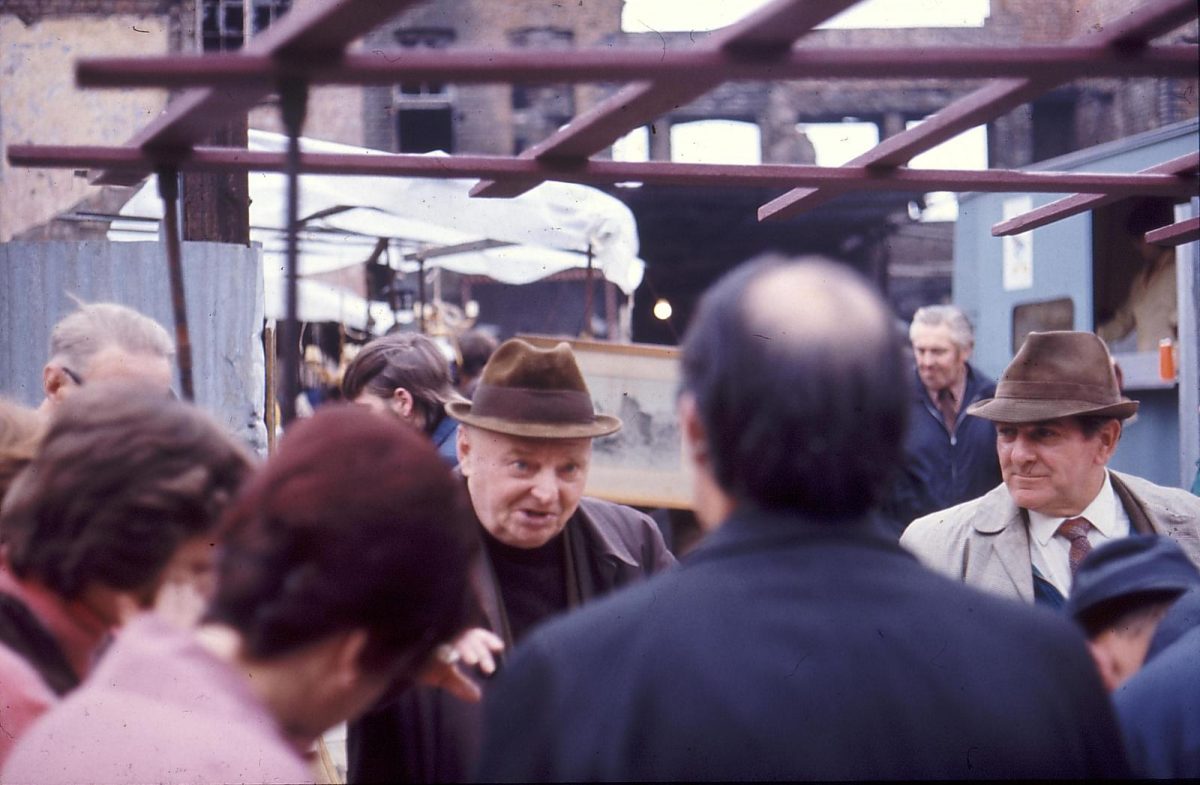 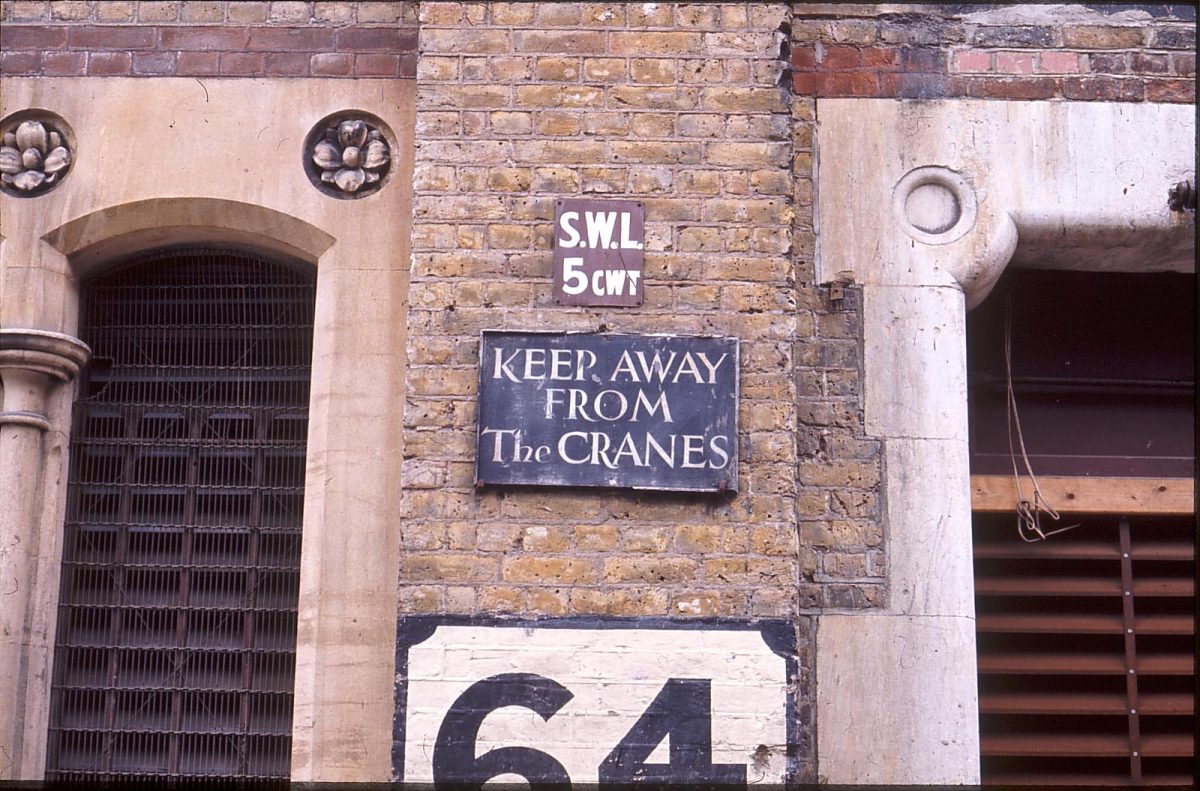 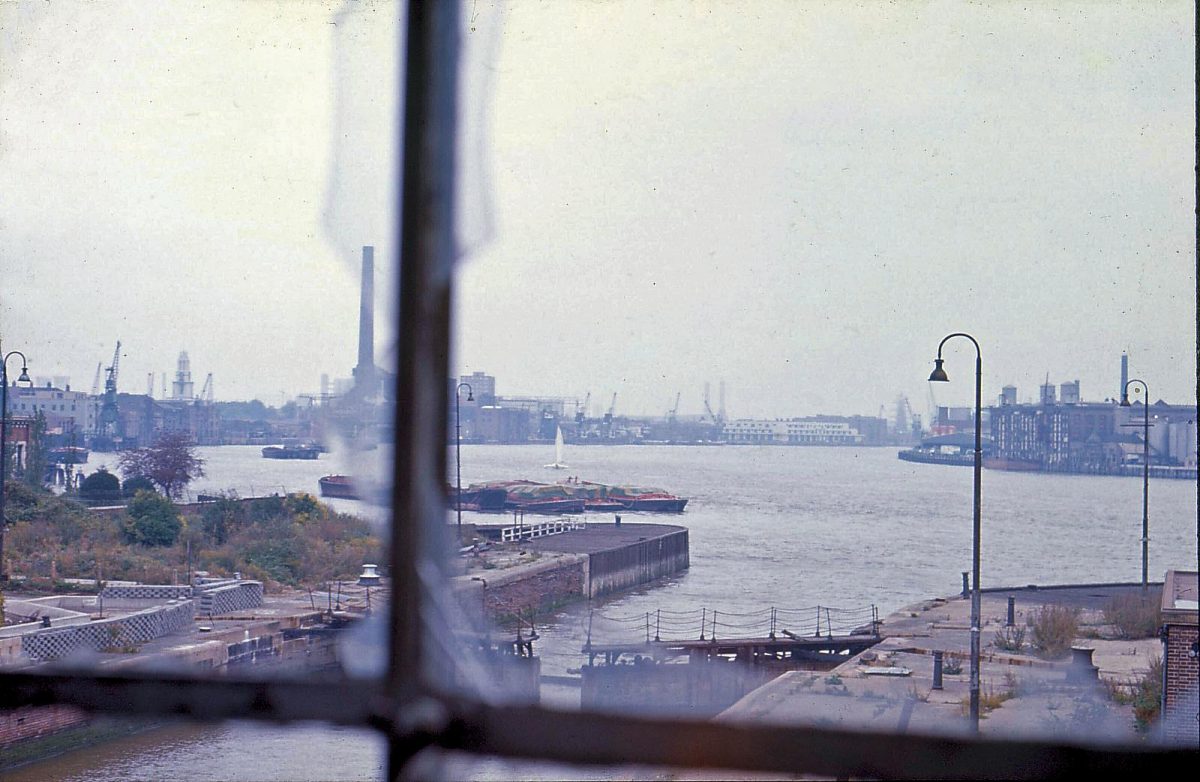 From Wapping 13 Oct 1973: down the Thames from Shadwell basin lock 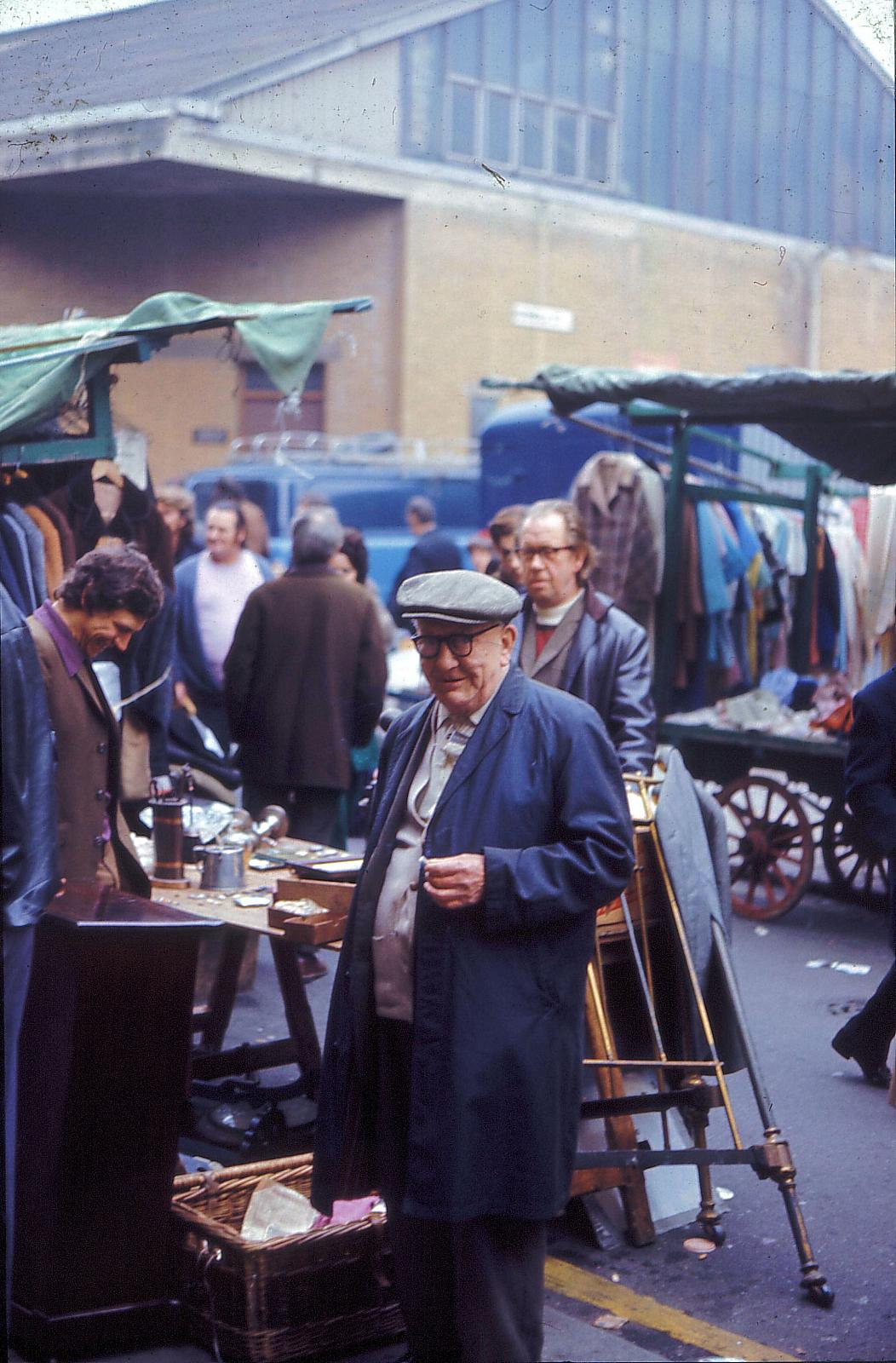 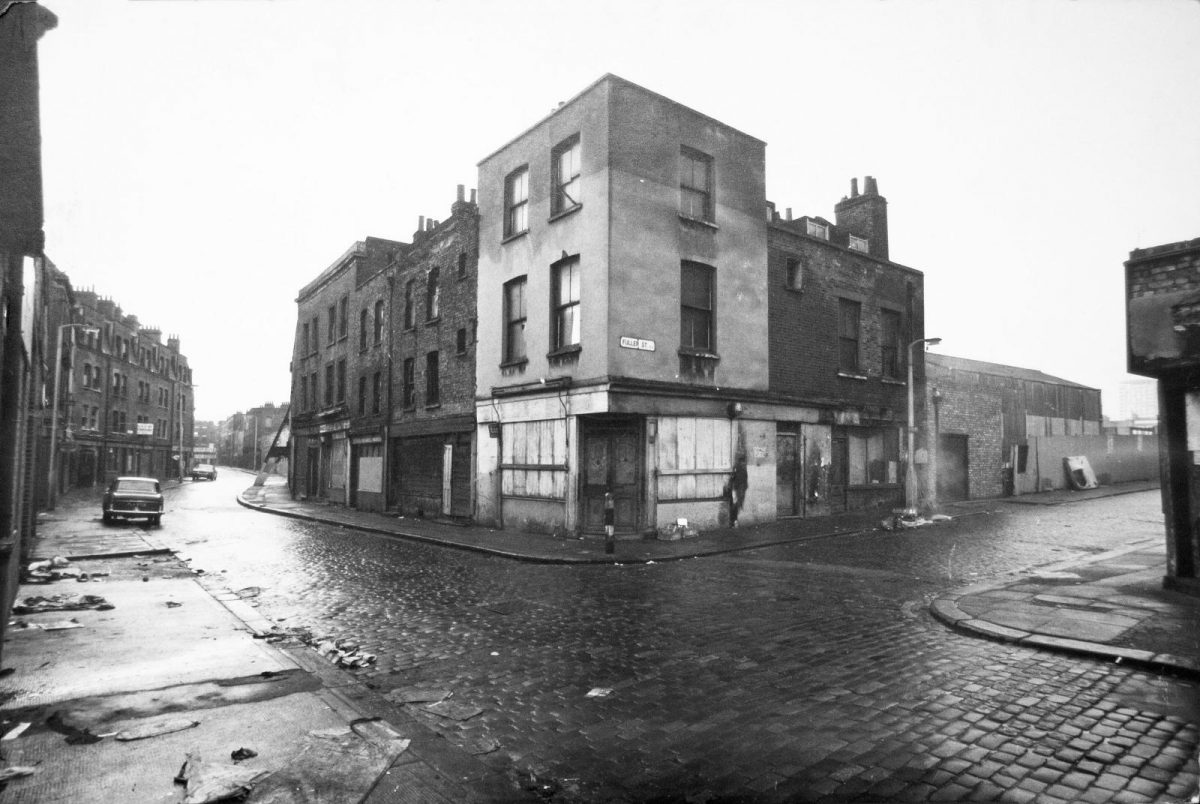 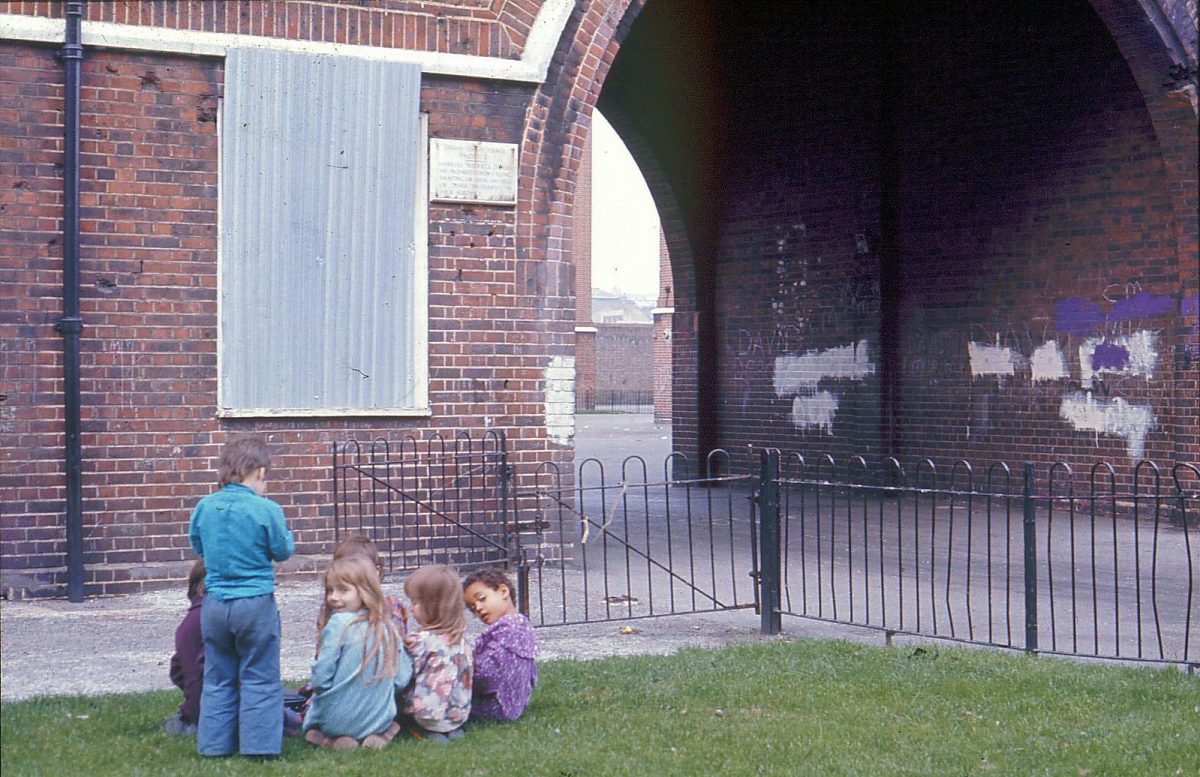 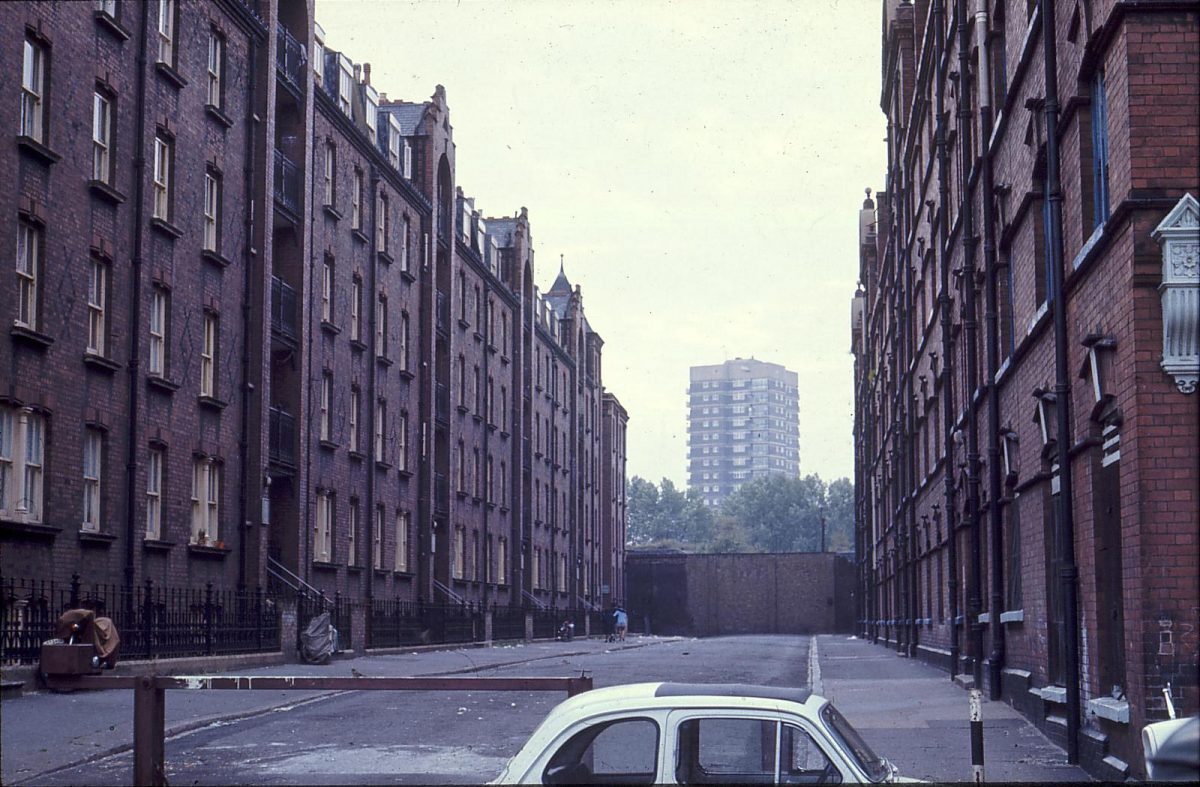 The block of flats that you can see in the background is Davenant House located atthe junction of Vallance Road, Old Montague Street and Hanbury Street. The tenements are the Brady Mansions on Brady Street. 1973 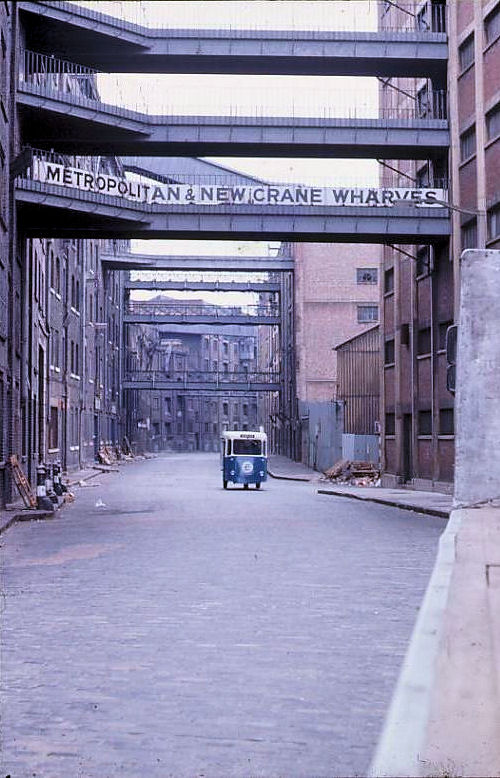 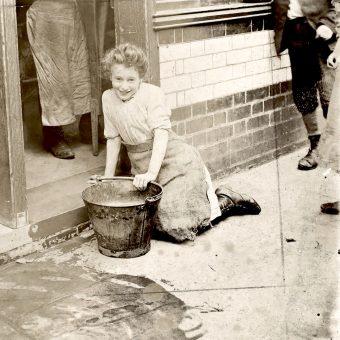