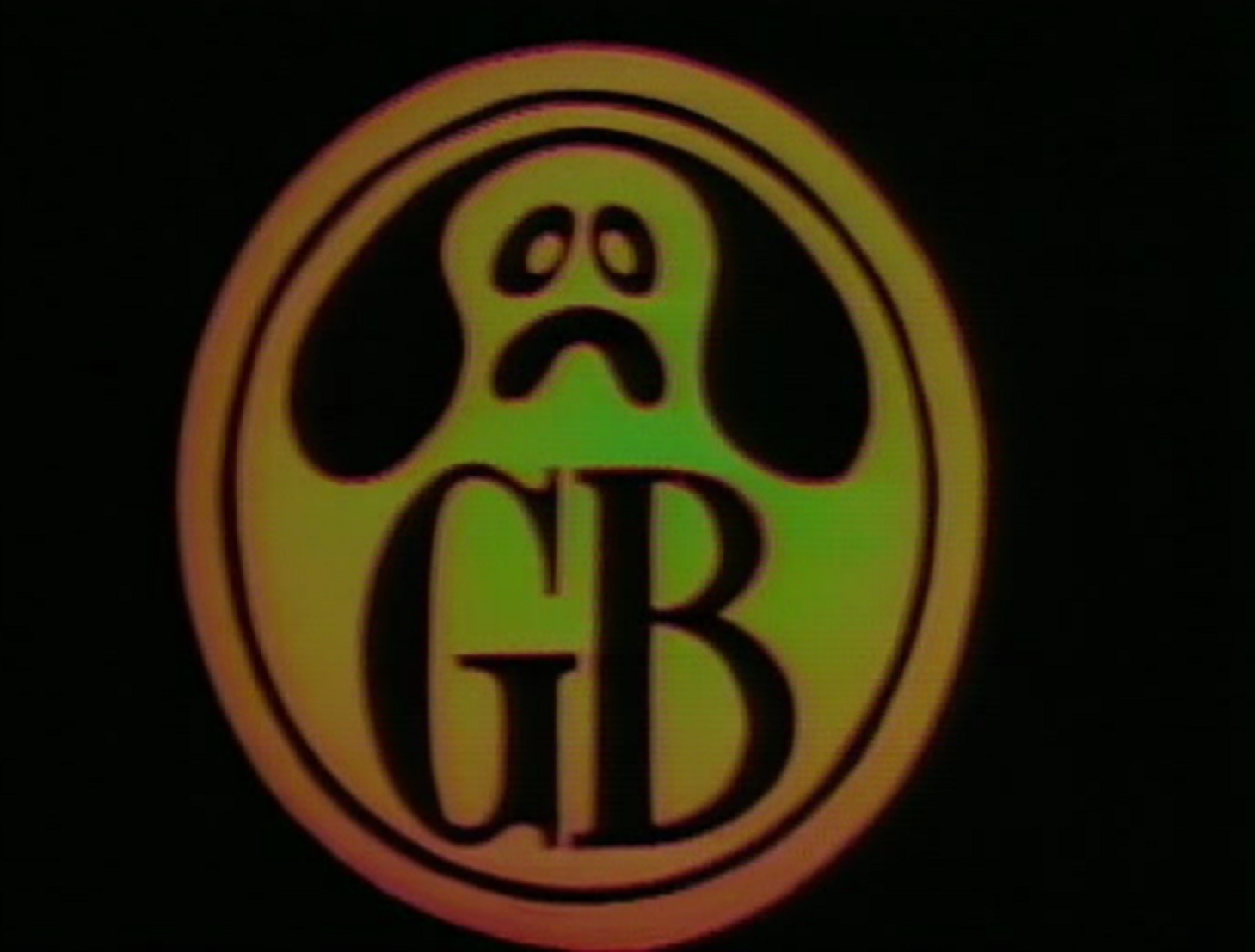 If you grew up watching Saturday morning programming in the disco decade, you undoubtedly have affection for all the series you saw.

Because of this affection — and your nostalgia for that time as an adult — you may feel tempted to watch some of these series again, seeking them out on Amazon.com, finding them on Netflix, or even buying a complete series on DVD.

But not all Saturday morning series of the 1970s are created equal.

Some are downright terrible; unholy combinations of cheap production values, bad writing or cringe-worthy humor.  Others are just weird as hell, with bizarre premises. 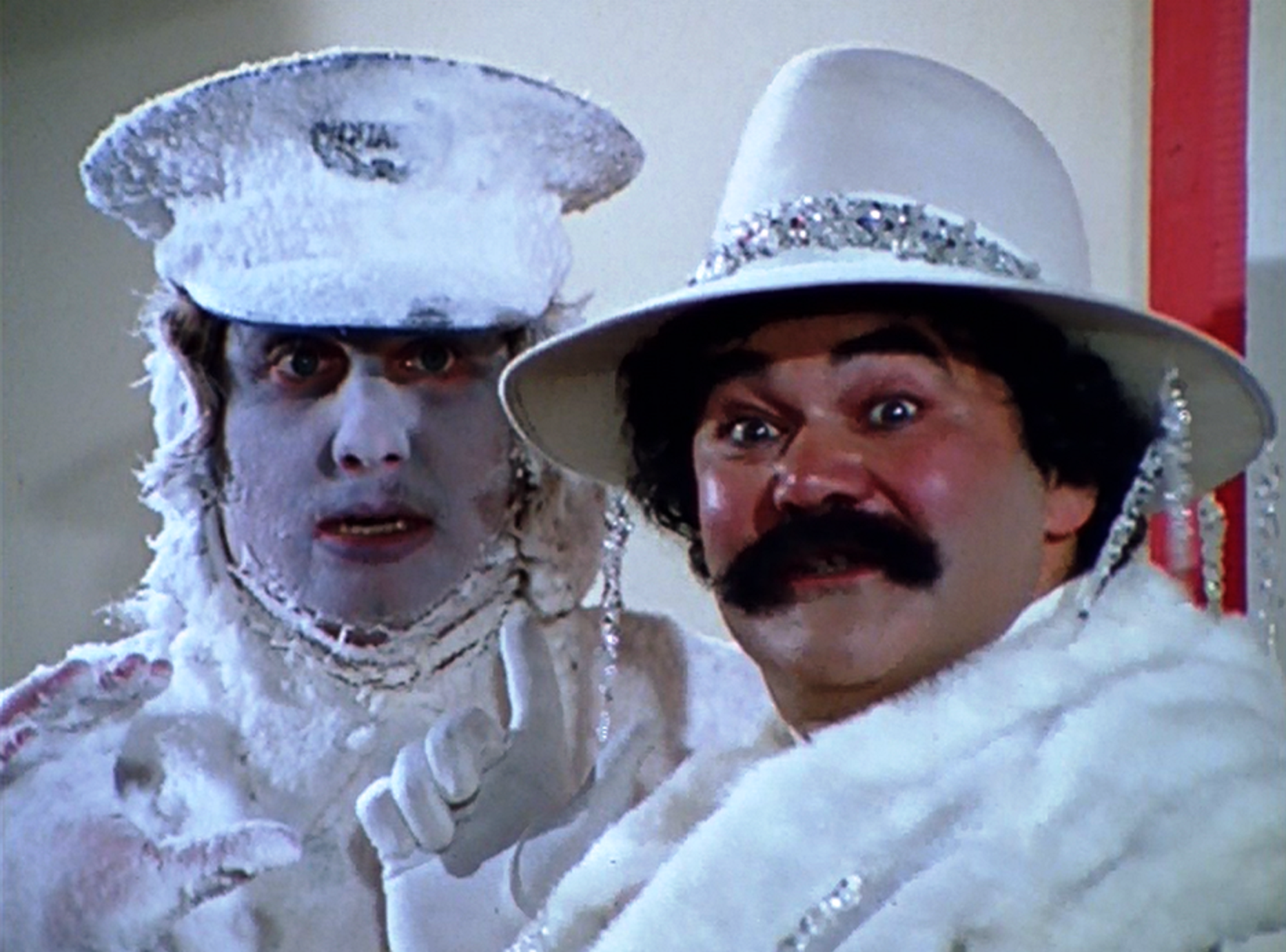 Here are some of the strangest of the bunch.

This long-lost Saturday morning series — which absolutely needs an official DVD release right now — remakes David Janssen’s hit series The Fugitive (1963 – 1967), but with a dog, a German shepherd, in the starring role of Dr. Richard Kimble.

Yes, the dog is accused of a crime he did not commit: biting a trainer in his U.S. army exercises.

Now the wrongly-accused canine is on the run, traveling the countryside, trying to clear his name before he is captured by the military police.  Along his journey, furry, friendly Joe helps out people in need, and teaches kids a lesson or two along the way.

So, first things first: credit Filmation’s The Ghost Busters for devising first the very premise of the 1984 blockbuster of (almost) the same name.

As is the case in Ghostbusters starring Bill Murray, The Ghost Busters involves hapless paranormal investigators who use technological means to bumble through the capture of supernatural villains.

But man, The Ghost Busters is damn weird.

It stars past-their prime F-Troop (1965-1967) stars Larry Storch and Forest Tucker as the ghost busters, but they team with a gorilla, Tracy.  And when I say gorilla, I mean a man in a gorilla suit (Bob Burns).

Why a gorilla companion?  Well, why a talking chimpanzee in Filmation’s Ark II?  In the Saturday morning program of the 1970s, these things just happen, I guess you could say.

Maybe an attempt to capture the Planet of the Apes demographic?

The Ghost Busters (1975) ran for fifteen episodes, and features cornball humor.  One episode labors over the difference between a “stake” and a “steak,” in regards to vampire-hunting tools.  And the theme song, as you can play in video form above, features Storch and Tucker warbling out a terrible tune.

Not to be confused with the late 1980s movie, The Monster Squad (1987) this Saturday morning series was spearheaded by Stanley Ralph Ross, one of the key writers of the Adam West Batman (1966 – 1969) series.

Like Batman, Monster Squad’s style is high-camp. All the heroes face their various crises with melodramatic solemnity, a solemnity that plays to adults as funny but to kids as serious.  Also like Batman, Monster Squad is renowned for its rogue’s gallery of celebrity villains.  Among those wearing crazy get-ups on the program: Julie Newmar as “Ultra Witch” and Jonathan Harris as “the Astrologer.”

Briefly stated, the premise of Monster Squad is that a young and hopelessly earnest criminologist, Walter (Fred Grandy) has developed a crime computer at the Chamber of Horrors exhibit in the basement of Fred’s Wax Museum. One day, the “oscillating vibrations” it produces awaken three of the museum’s wax figures Count Dracula (Henry Polic II), the Frankenstein Monster (Michael Lane) and The Wolfman (Buck Kartalian).

So, are the monsters made of wax? Are they real beings, not made of wax, and just stored in the museum?  And if they are brought back to life as the series existed, that means they are all real, historical beings?

This inane series was broadcast on NBC for just one season and, despite the title, does not concern a man and hisjohnson.

Instead, Big John, Little John focuses on a high-school science teacher John Martin (Herb Edelman) who — on vacation at Ponce De Leon Park with his wife, Marjorie (Joyce Bulifant) and his son Ricky (Mike Darnell) — drinks from the Fountain of Youth and it changes his life.

Now John randomly goes from being forty years old to just twelve, and then back again.  Unfortunately, he can’t control the change, and hijinks ensue.  His foil at school is Mrs. Bertha Bottomly (Olive Dunbar), the high school principal who comes close, constantly, to discovering his secret, but never figures it out.

Although John could become any age at all, at random, we only ever see him at 40 or 12, presumably because it would be expensive to cast more actors in the role.

But the real problem is the series premise: John is a man of science, and he has discovered the Fountain of Youth. Instead of sharing his discovery with the world, making a name for himself, and helping millions with his medical breakthrough, he just evades his high school principal, attends grade school again as a child, and undergoes one scrape after the other for fear of being discovered.

Sid and Marty Krofft added to the disco-decade Bigfoot fever with Bigfoot and Wildboy, a Saturday morning series about the Sasquatch befriending and raising a boy as his son in the Pacific Northwest.

Together, this crime-fighting team — in agonizing slow-motion, and with the help of trampolines — fights Amazon women from the future (including Dee Wallace!), powerful villains from space, and yeti androids.  The duo does so with complete acceptance from the local community, whose denizens all know and like Bigfoot and Wildboy, and don’t seem to think it is odd at all that a Sasquatch and a teenage boy are battling super villains in their quiet town.

For bonus points, the series’ opening montage looks to be edited and scored by the makers of Angels in My Town, the Dirk Diggler “movie within a movie” in Boogie Nights (1997).