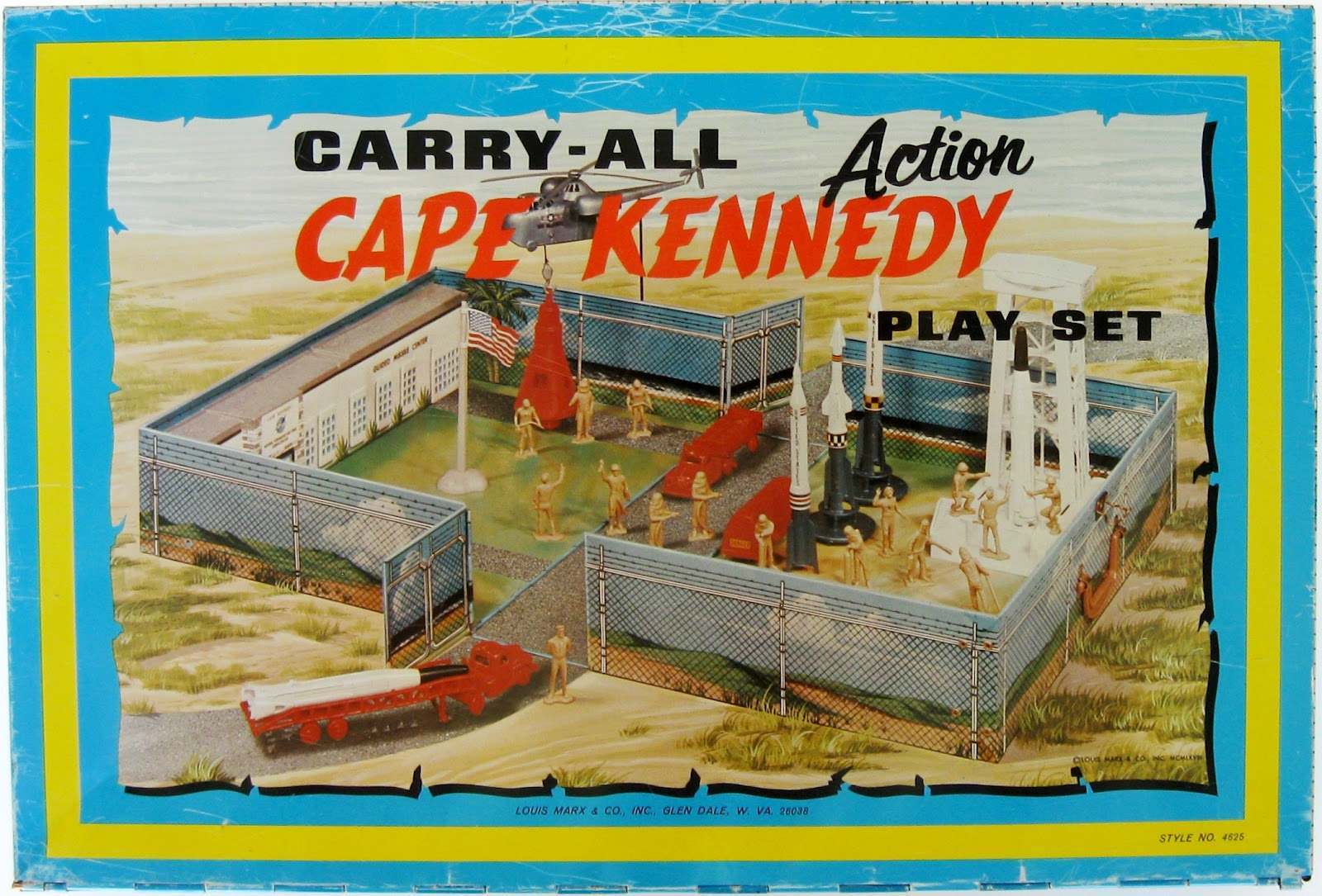 In the late 1960s, toymaker Marx introduced an incredible new concept in toys: giant fold-out “action playsets” made of “rugged steel,” or, rather tin-litho.

Specifically, Marx released these massive playsets that, when folded up, looked like suitcases and could be carried as such.  When unfolded, however, they each consisted of a whole play universe, and one you could carry over to your best buddy’s house, to boot.

Four sets were released in the Marx carry-all line. 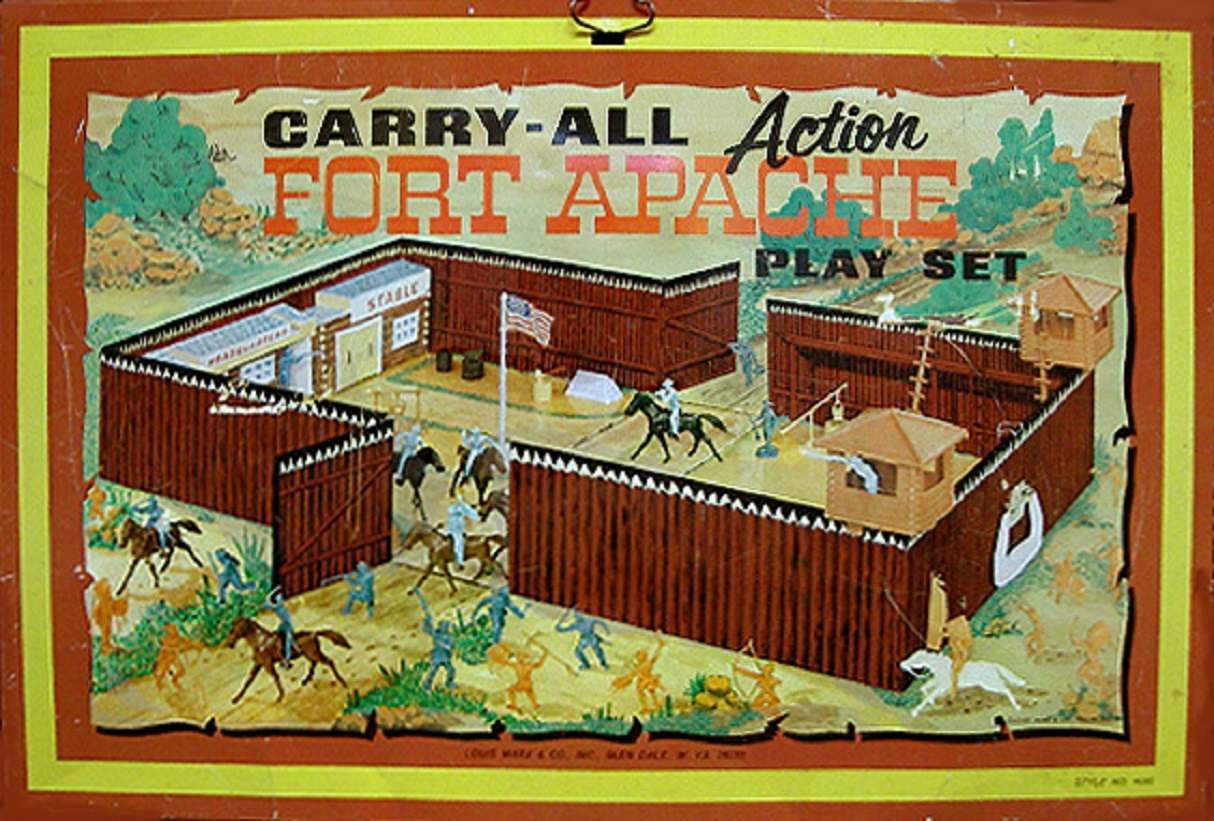 First, there was Fort Apache, which came complete with a fort, and opposing armies of cowboys and Indians. 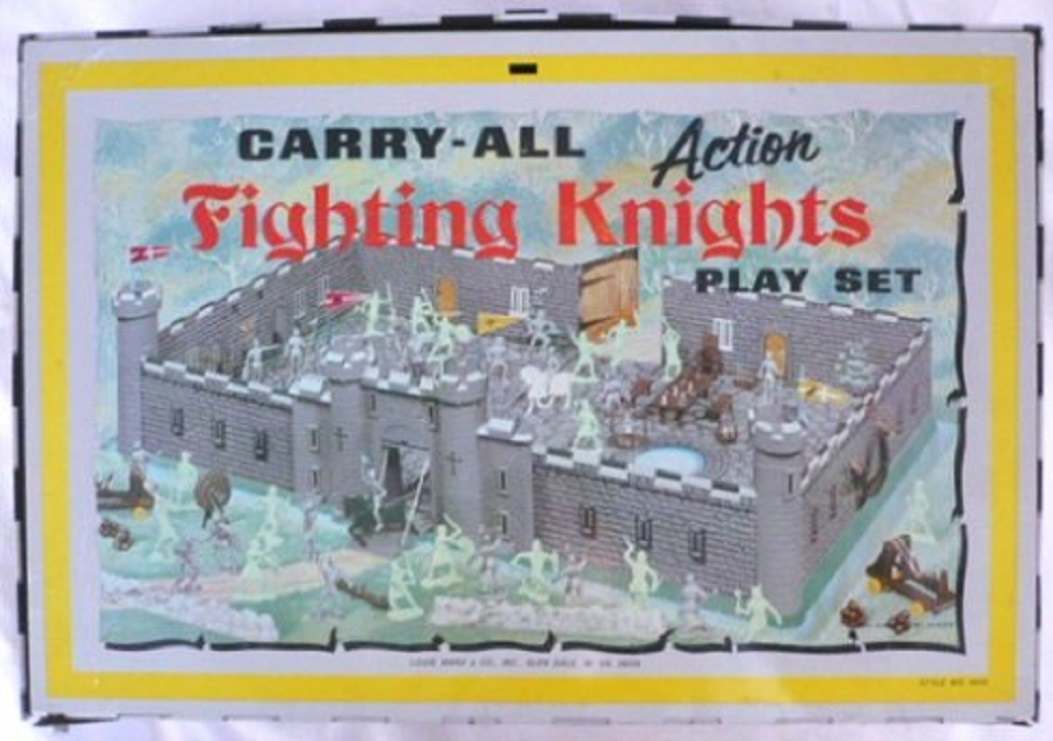 Then, there was the Fighting Knights sets, for children imagining a return to the world of King Arthur, with castle towers and spires included. 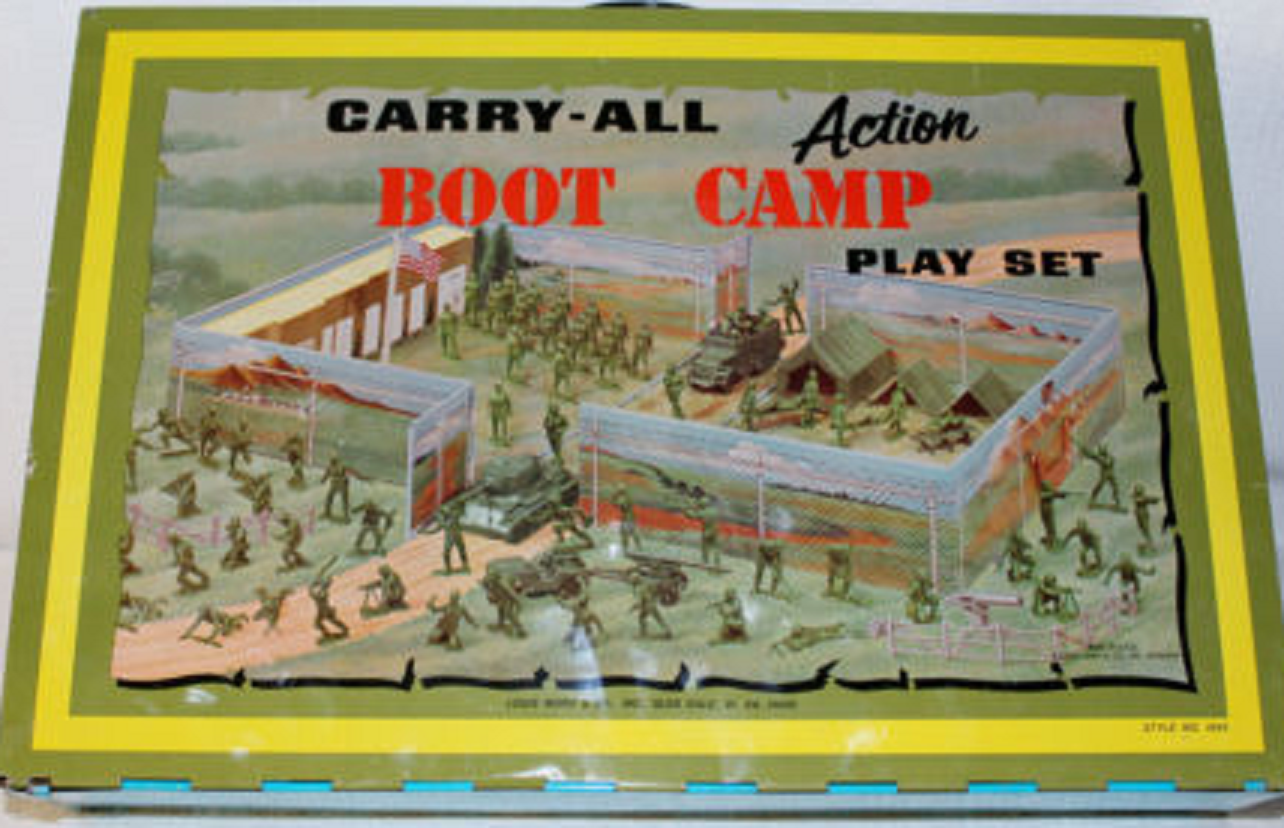 The third set was Boot Camp, for fans of the modern day army. It came with tents, jeeps, tents, and soldiers in various action poses.

And the last set was my personal favorite: Cape Kennedy, later renamed the Johnny Apollo Moon Launch in 1970. 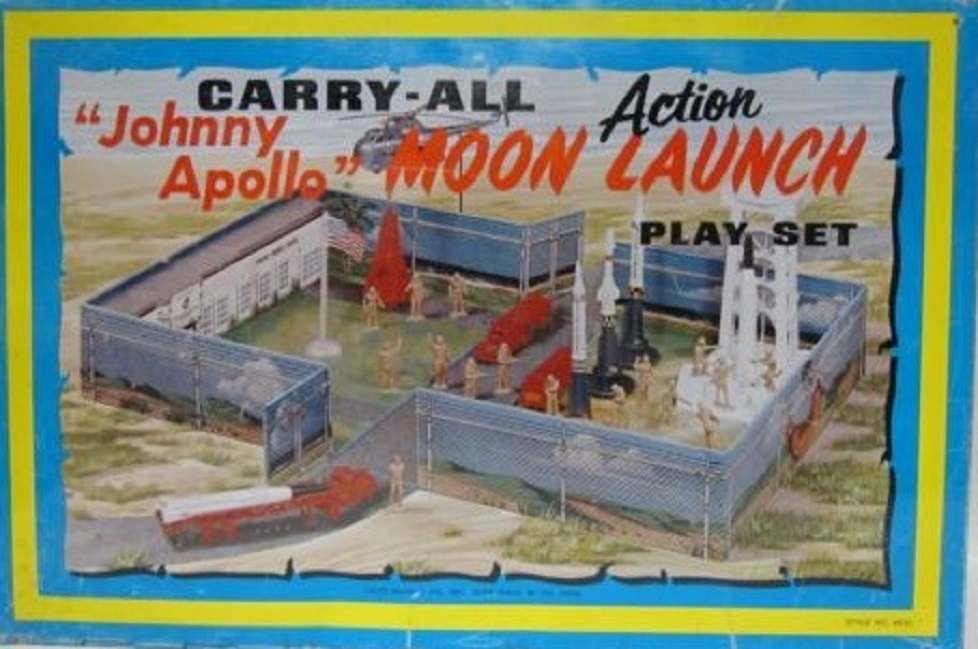 This set came with gantries, rockets, astronauts, technicians with Geiger counters and other accoutrements appropriate to the space age.

I was too young to play with these sets on original release, circa 1968-1970, but they were a regular fixture on the flea market and garage sales circuit in the pre-Star Wars (1977) age.

I remember coming across the Cape Kennedy and Fort Apache tin playsets on that secondary market, and bringing them home for adventures anew.

Here’s an old commercial of the carry-all action playsets, so you can relive the age of Marx’s “rugged steel” action.