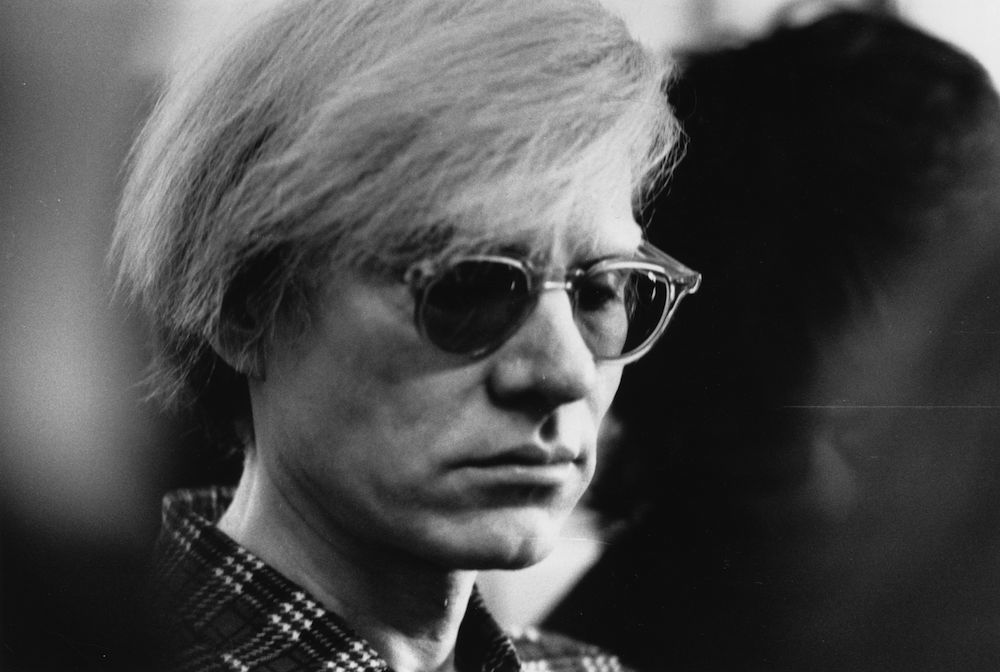 In 1959, interior designer and bohemian hostess Suzie Frankfurt was perusing the art displayed at New York’s Manhattan’s Serendipity ice cream parlor. Impressed by the gallery of “magical watercolors”, Frankfurt reached out. The artist was Andy Warhol. She recalls their first meeting, a lunch at the Palm Court of the Plaza Hotel:

“I shall never forget that meeting. Andy greeted me as if we had known each other for years. He was especially fascinated by the fact I grew up in Malibu and had lived next door to [the actress] Myrna Loy. He also loved the fact I collected antique jewelry. I felt we had become new best friends in an instant. We made a lunch date for the following day, and that was how it started.” 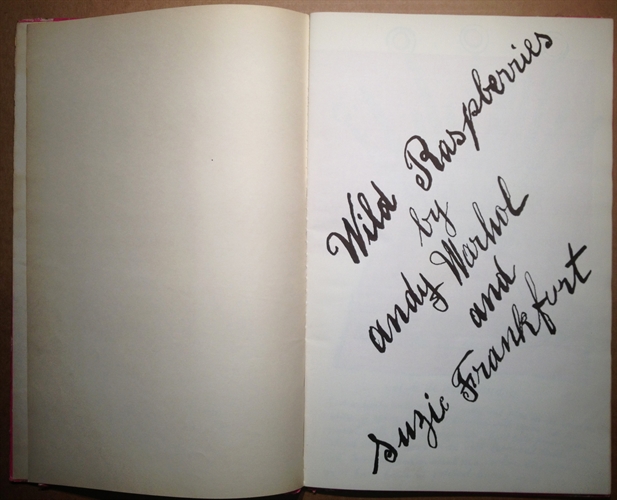 A collaboration was in the offing: a cook book called Wild Raspberries. (The title referenced the film 1957 movie Wild Strawberries, considered one of the cinematic revelations of the time.)

“We had to write a funny cookbook for people who don’t cook. My mother, who was a hostess sine qua non, deemed the most important thing for a new bride was to be a good hostess. I wanted to emulate my mother, of course, and it was the year all these French cookbooks came out. I tried to make sense of them. ‘Make a béchamel sauce,’ they’d say. I didn’t even know what that was.” 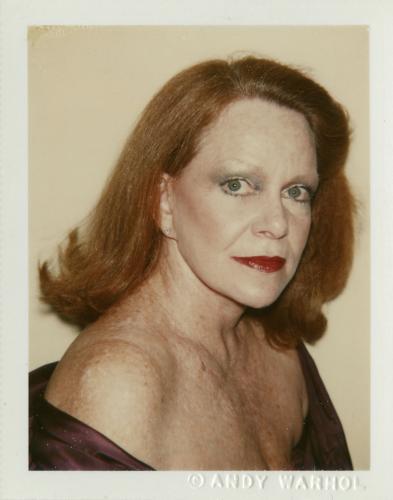 Frankfurt did the recipes; Warhol worked on the illustration; his mother Julia produced the calligraphy (Frankfurt: “She was gifted and untutored, and we left all the spelling mistakes.”) Four boys living in the same fourth-floor walk-up on Lexington Avenue block as the Warhola family (Warhol’s given name) were employed to hand color the book. The 34 completed books – each containing Warhold’s 18 lithographs – were then hand-bound by local rabbis on Manhattan’ Lower East Side.

The book was goo0d to go. Wild Raspberries would sell by the thousand. But no-one came to buy it. In 1959, it sold around 20 copies. The rest were given away.

Decades later it was rediscovered and repackaged. Said Frankfurt at its launch in 1997:

“It’s really beautiful, and I’m thrilled it’s been republished, but it’s a little dippy. Maybe it’s not. I guess the world has evolved so people are almost only always getting takeout. That’s what the book is, ‘Roll the chauffeur over to Trader Vic’s side entrance and pick up a suckling pig. Order two fighting gefilte fish in the Bronx.’ It’s a joke, perfect for Christmas presents.”

The book’s introduction is written by Jaime Frankfurt, Suzie’s son:

Like a great chef, he would create the art, and then direct an assembly line of assistants to put it together… 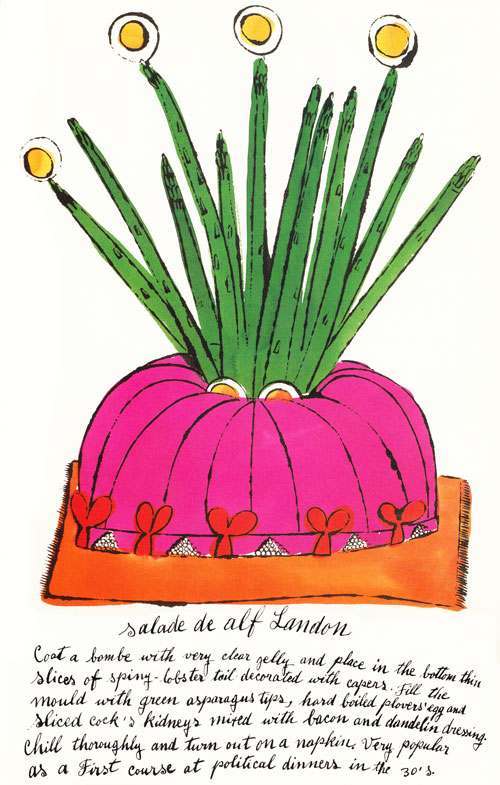 “Coat a bomb with very clear jelly and place in the bottom thin slices of spiny lobster tail decorated with capers. Fill the mould with green asparagus tips, hard boiled plovers’ egg and sliced cock’s kidneys mixed with bacon and dandelion dressing. Chill thoroughly and turn out on a napkin. Very popular as a first course at political dinners in the 30’s.” 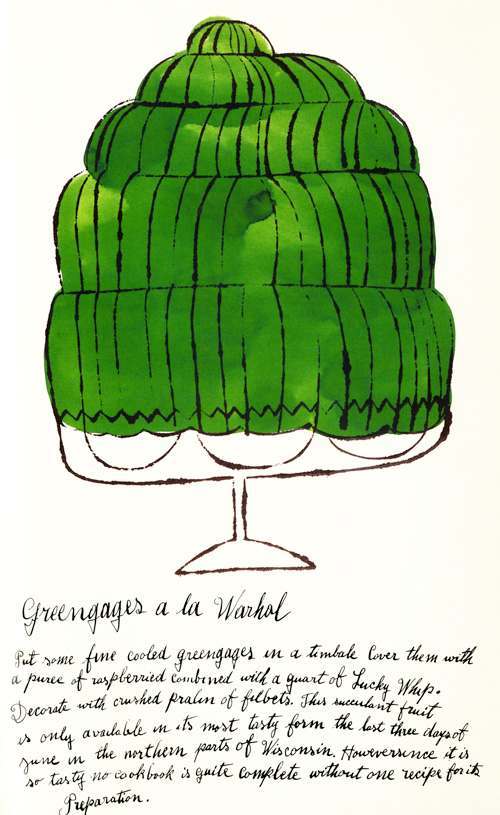 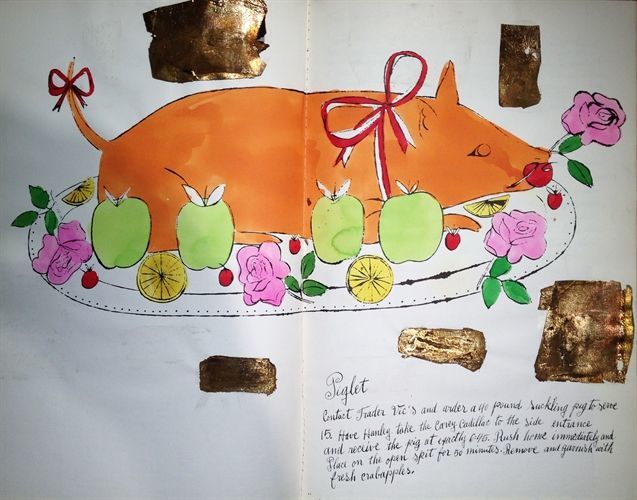 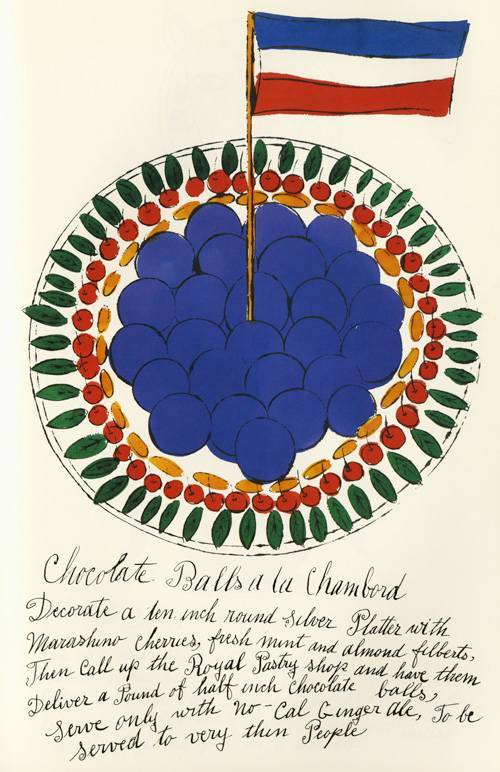 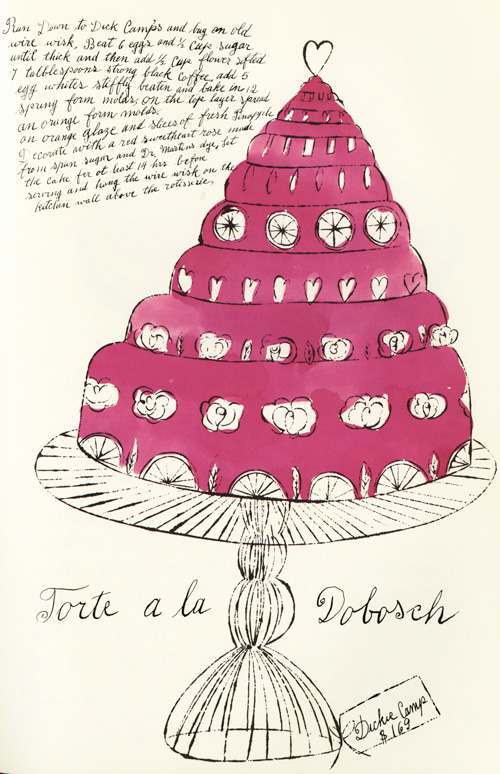 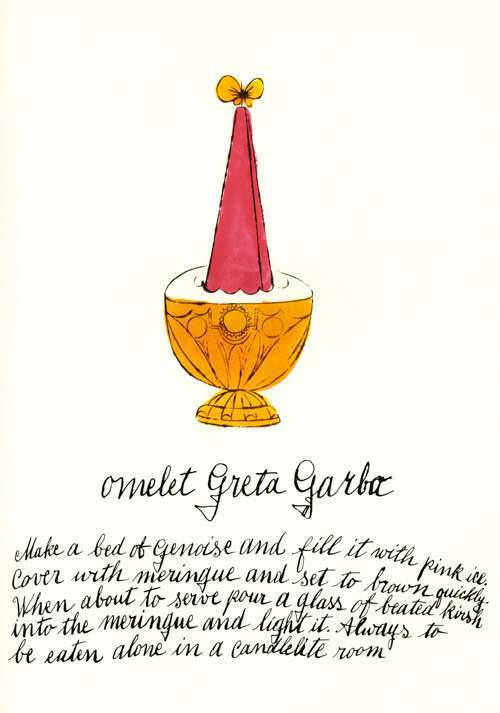 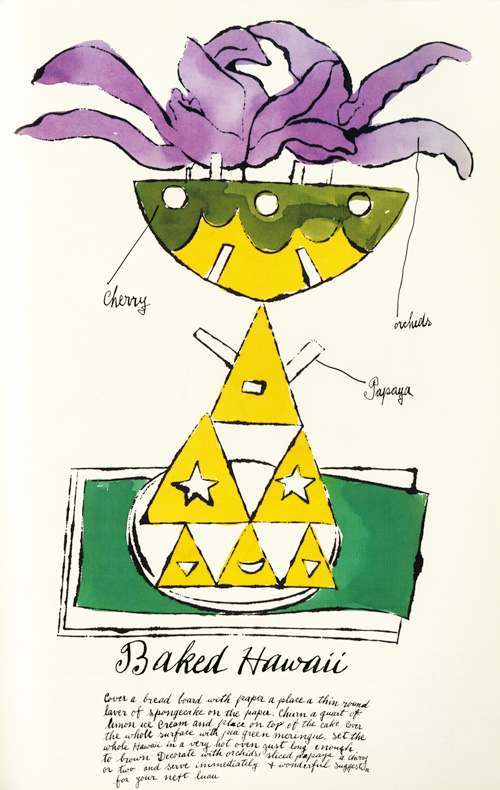 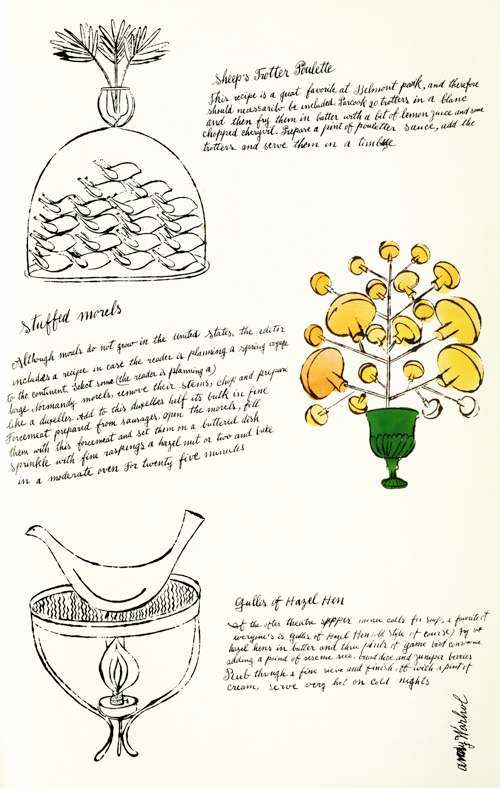 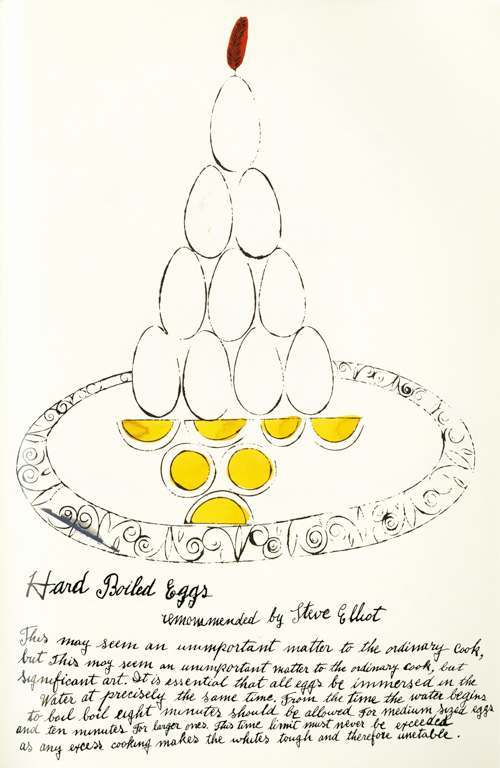 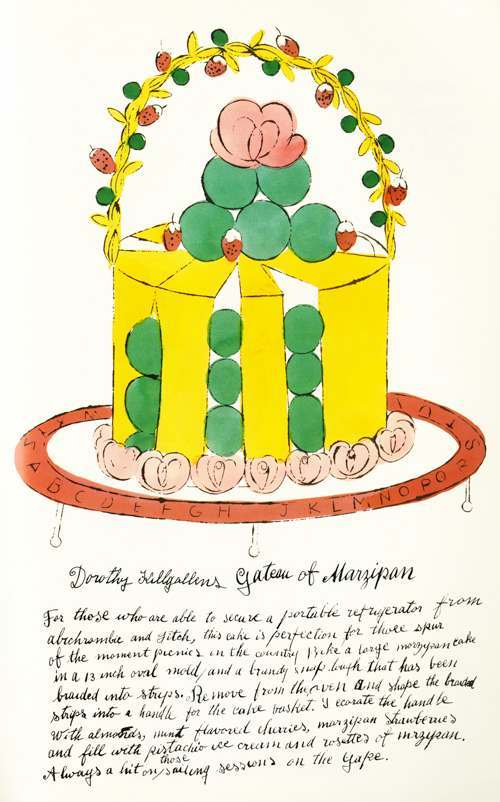 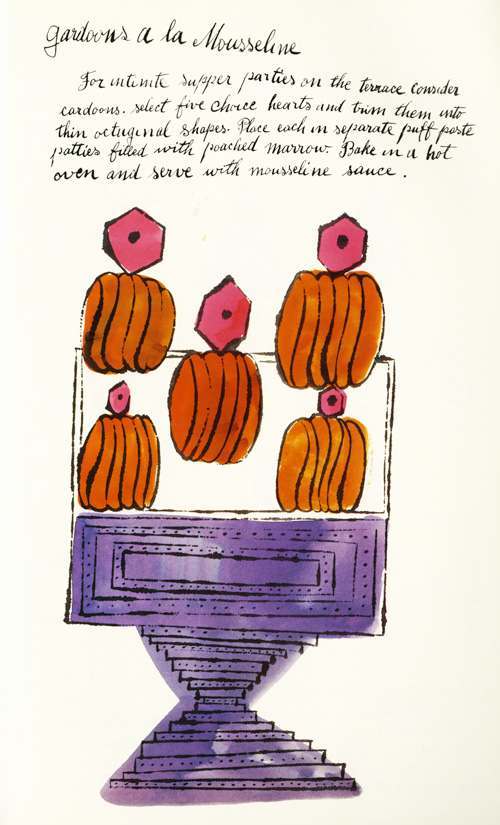 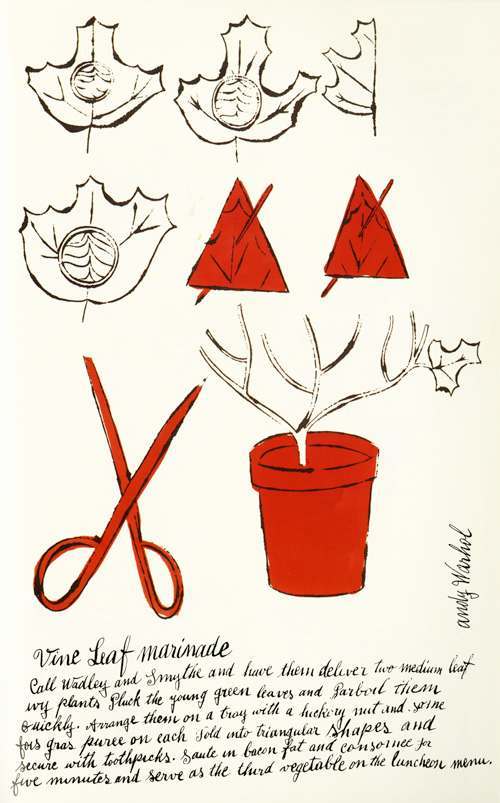 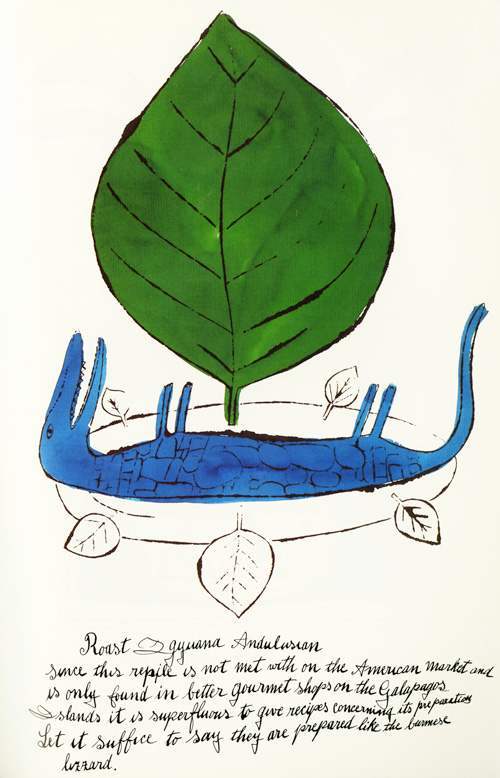