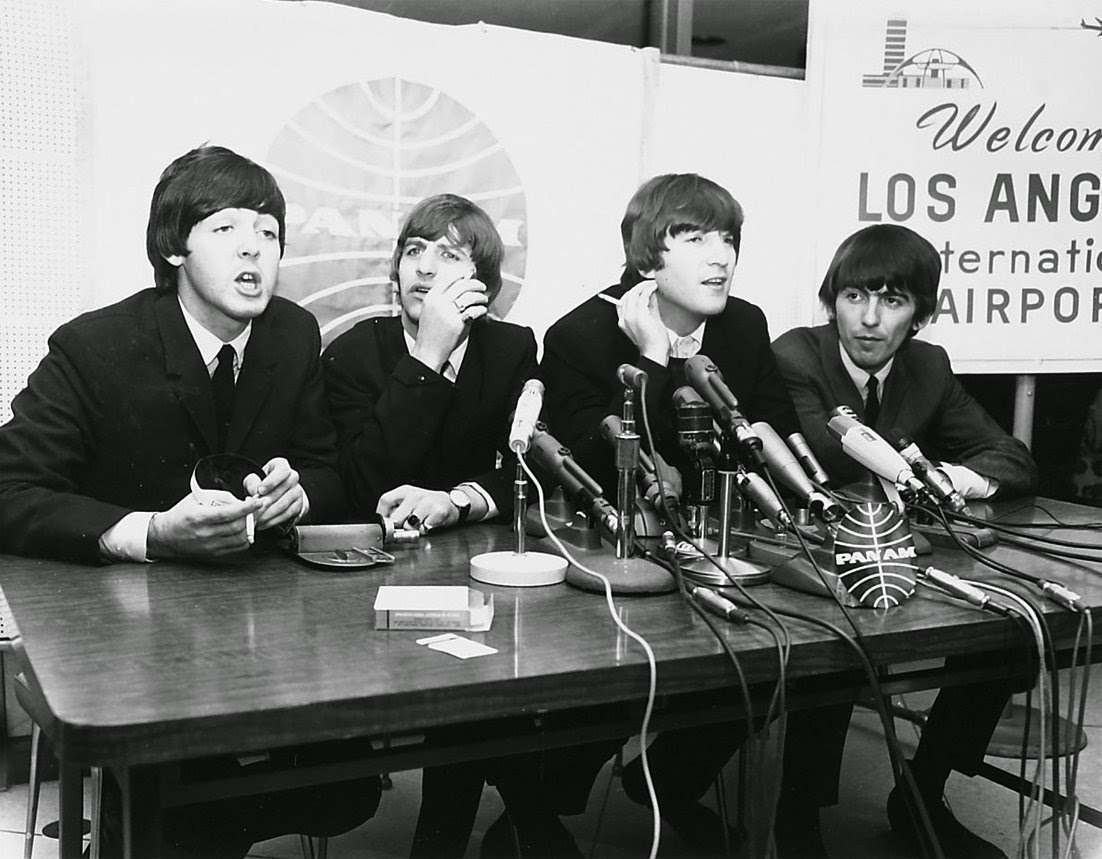 Whether you’re watching a real life rock documentary, or a movie about a fictional rock band, there’s one scene the films probably have in common: the press conference, or failing that, the interview scene.

In scenes of this type, the artistic and activist pontifications of celebrity rock stars run smack up against the precepts of cynical journalism, and the results aren’t always pretty.

The tradition or movie convention of rock stars vs. the press probably begin with the fictionalized Beatles movie, A Hard Day’s Night (1964).

There, Ringo Starr is asked a very important question by one reporter. Is he a “mod” or a “rocker?”  The famous answer, of course, is that he is a “mocker.”

The Beatles are also asked if they have any hobbies, and if their hair styles are “here to stay.”

In Don’t Look Back (1965), the Bob Dylan documentary from D.A. Pennebaker, the artist goes through “some kind of thing” on tour, especially regarding a confrontation with the press.  He is interviewed by a journalist from Time Magazine, and notes that the magazine doesn’t print the truth, and that only a certain class of people even bother to take it seriously.

Dylan’s contentious interview with a reporter is recorded for posterity, below.

In Gimme Shelter (1970) — a documentary shot by Albert and David Maysles, Peter Smokler, Robert Primes and George Lucas about the (disastrous) events at the concert at Altamont, California in 1969  — the Rolling Stones attend a press conference.

There, Mick Jagger waxes poetic over the meaning of the term “satisfaction,” and how it applies to sex, philosophy and finances. He also discusses (as you can see in the trailer below), how the concert will demonstrate in a “macro-cosmic” way how people should “live nicely” in a huge, musical gathering.

In 1972, The Concert for Bangladesh opens with footage of a press conference, and ex-Beatle George Harrison very much wants to talk about the concert as a fund raiser for UNICEF.

But the press asks instead about whether Harrison wishes the Beatles were still together, and how he feels to be the “number one star” at the concert.

The journalists also ask about safety precautions taken for the concert, and Harrison must keep refocusing the conference back to the point of the show: helping the people of Bangladesh.

Specifically, the film features a scene in which musical sensations Brian Slade (Jonathan Rhys-Meyers) and Curt Wild (Ewan McGregor) discuss their sexuality before the press.

The simple fact, Slade notes, is that he likes boys as much as he likes girls…

In Rock Star (2001) — a movie about another fictional band — a young nobody, Izzy (Mark Wahlberg) is plucked from obscurity to replace a member of the hair band Steel Dragons.

At the press conference, Izzy demonstrates his…pipes.  He is also asked how he keeps his voice in such great shape.

The answer isn’t appropriate to print.

Other rock and roll movies featuring press conference scenes include U2: Rattle and Hum (1988), and Oliver Stone’s The Doors (1991).

In the latter case, Jim Morrison (Val Kilmer) gets caught in a lie about his parents.