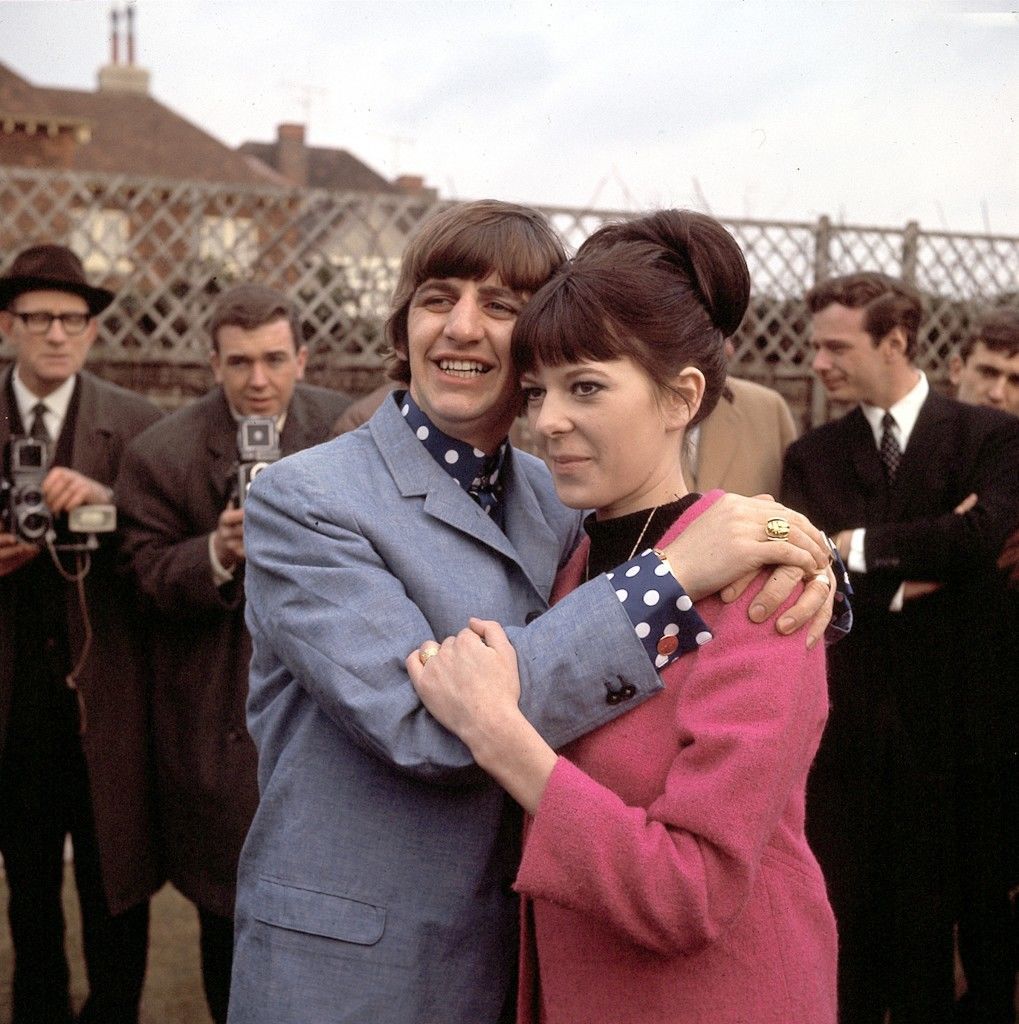 Ringo Starr and Maureen Cox were married on February 11th 1965 at Caxton Hall in Westminster. They had known each other since the Beatles’ Cavern days where at the age of fifteen, Maureen, known to her friends as “Mo”, had become a regular at the club. She once recalled:

I never joined the queue until about two or three hours before it opened, because it frightened me. There were fights and rows amongst the girls, and when the doors opened the first ones would tear in, knocking each other over.

On the marriage certificate Starr wrote that his profession was “musician”, while Maureen, who was now eighteen, left her profession blank. She had given up her job as a trainee manicurist/hairdresser at Ashley du Pre in Liverpool after continued threats from jealous Beatles’ fans.

Maureen had found herself pregnant at the end of January 1965 and within a few days Ringo proposed to her while they were at the Ad Lib club a few days later. Because of the pregnancy Brian Epstein arranged a quick wedding and hoped that it could remain a private affair. John Lennon told Maureen that there should be no tears or she “wouldn’t be one of the gang.” Ringo was due in the recording studio at Abbey Road on the 15th February before he then had to fly out to the Bahamas for the filming of Help! a week later, so a quick three-day honeymoon was organised by Epstein at the house of a friend of his in the glamorous location of Hove. The friend – the showbiz lawyer David Jacobs – like Epstein, was Jewish and gay although more flamboyantly so – he often attracted the ire of judges by openly wearing powder and makeup in court. 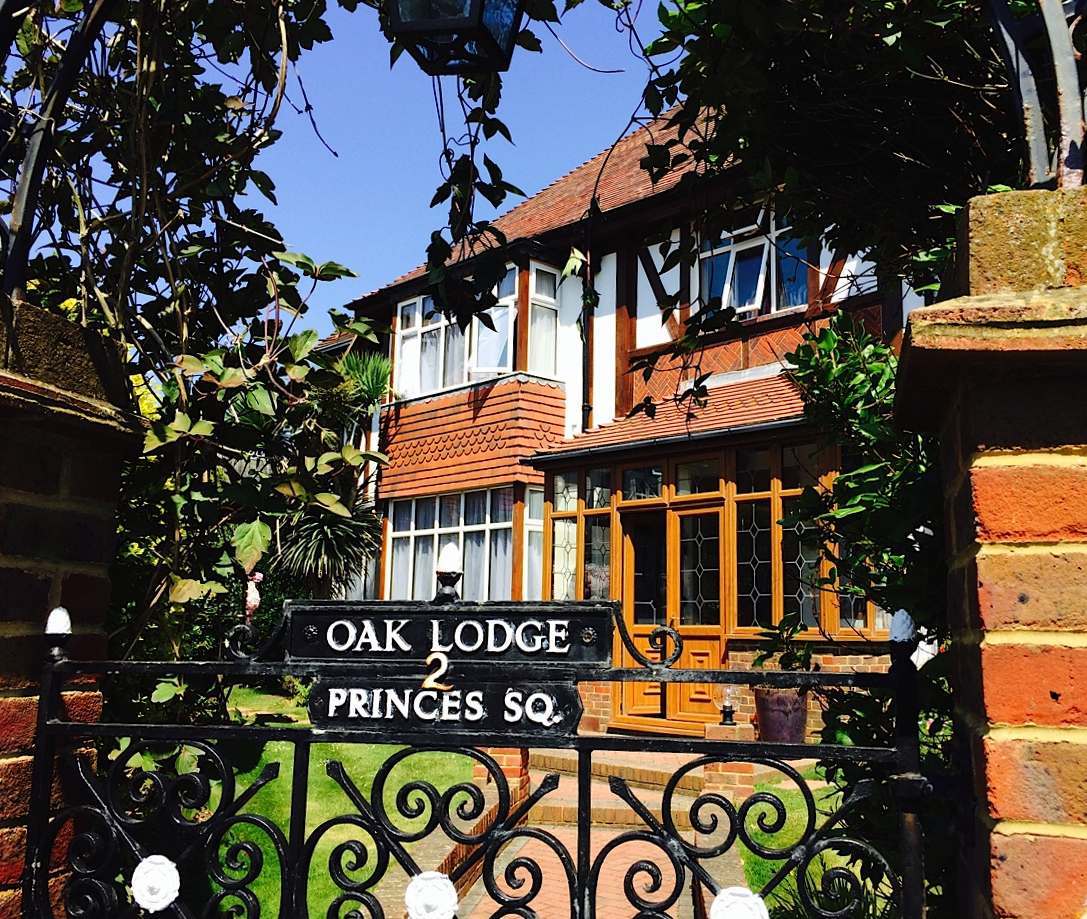 Other than Epstein and the Beatles, Jacobs’s clients included Marlene Dietrich, Diana Dors (both on the cover of the Sgt Peppers Lonely Hearts Club Band LP incidentally), Judy Garland, Zsa Zsa Gabor, the Rolling Stones and even Liberace. It was David Jacobs who planned the American pianist’s libel case with the Daily Mirror’s columnist Cassandra in 1959. The jury were persuaded that Liberace was of unimpeachable moral character and not at all, “a deadly, winking, sniggering, snuggling, chromium-plated, scent-impregnated, luminous, quivering, giggling, fruit-flavoured, mincing, ice-covered heap of mother love”. Liberace was able to walk out of the court £26,000 richer and famously said that he was “crying all the way to the bank”. 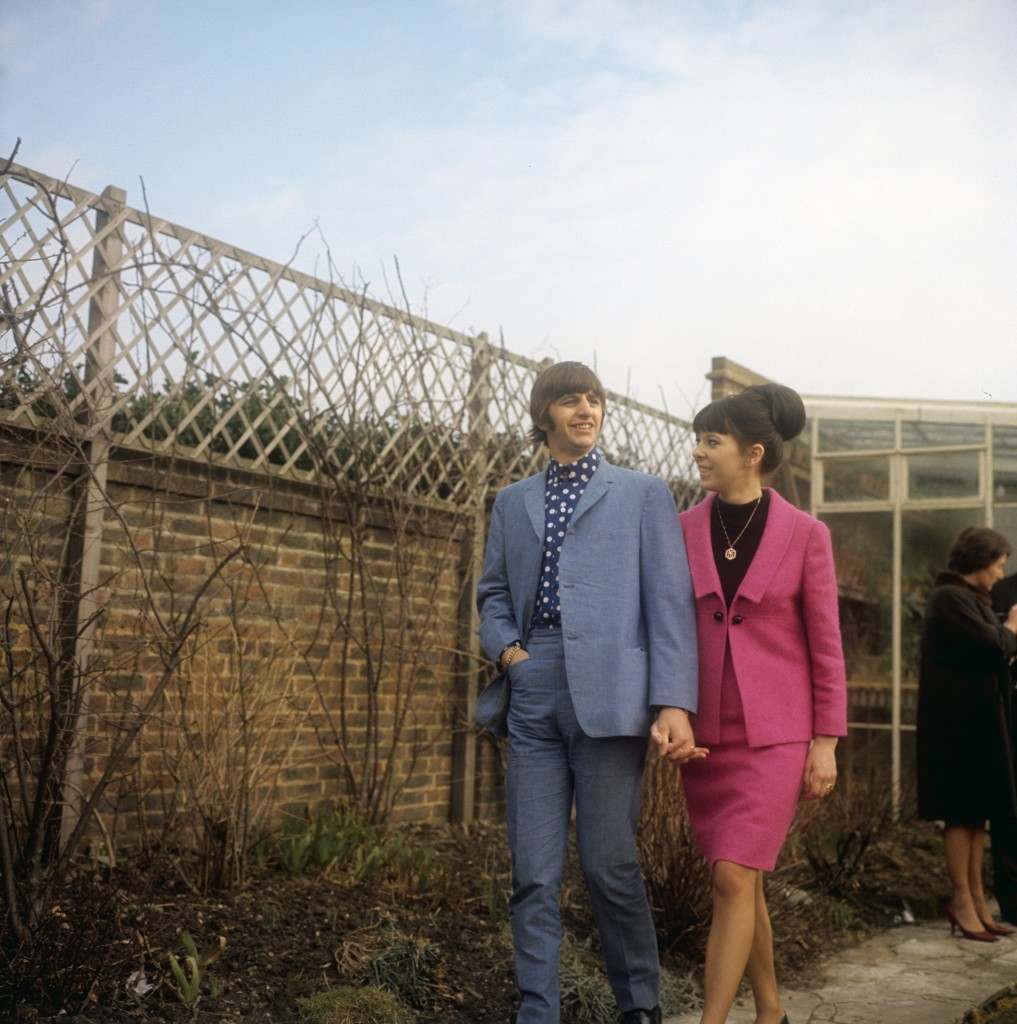 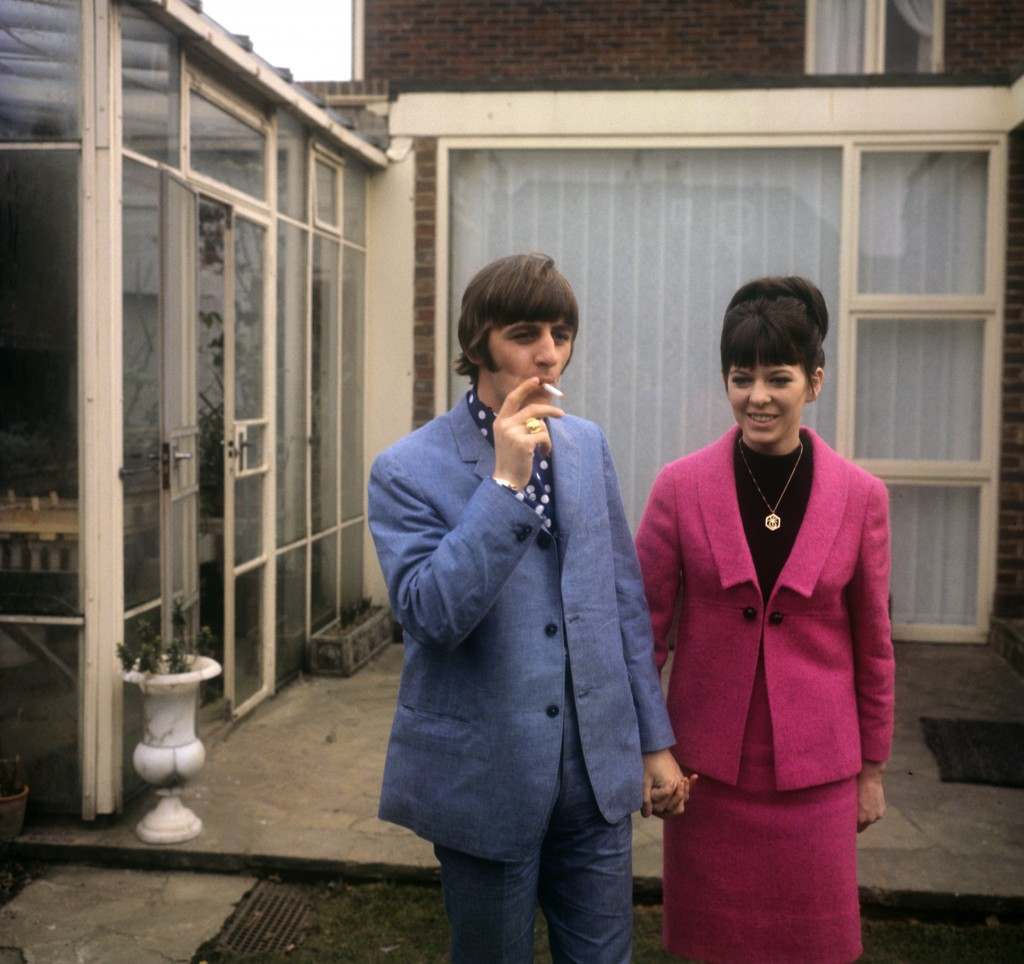 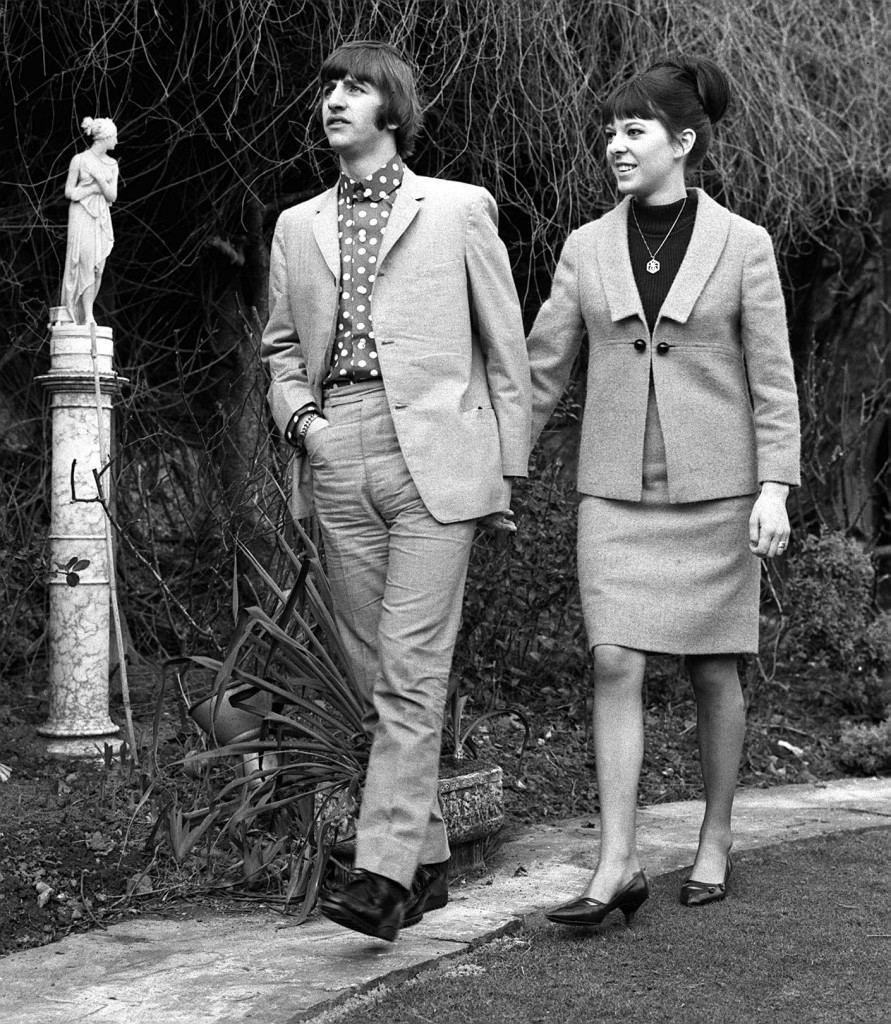 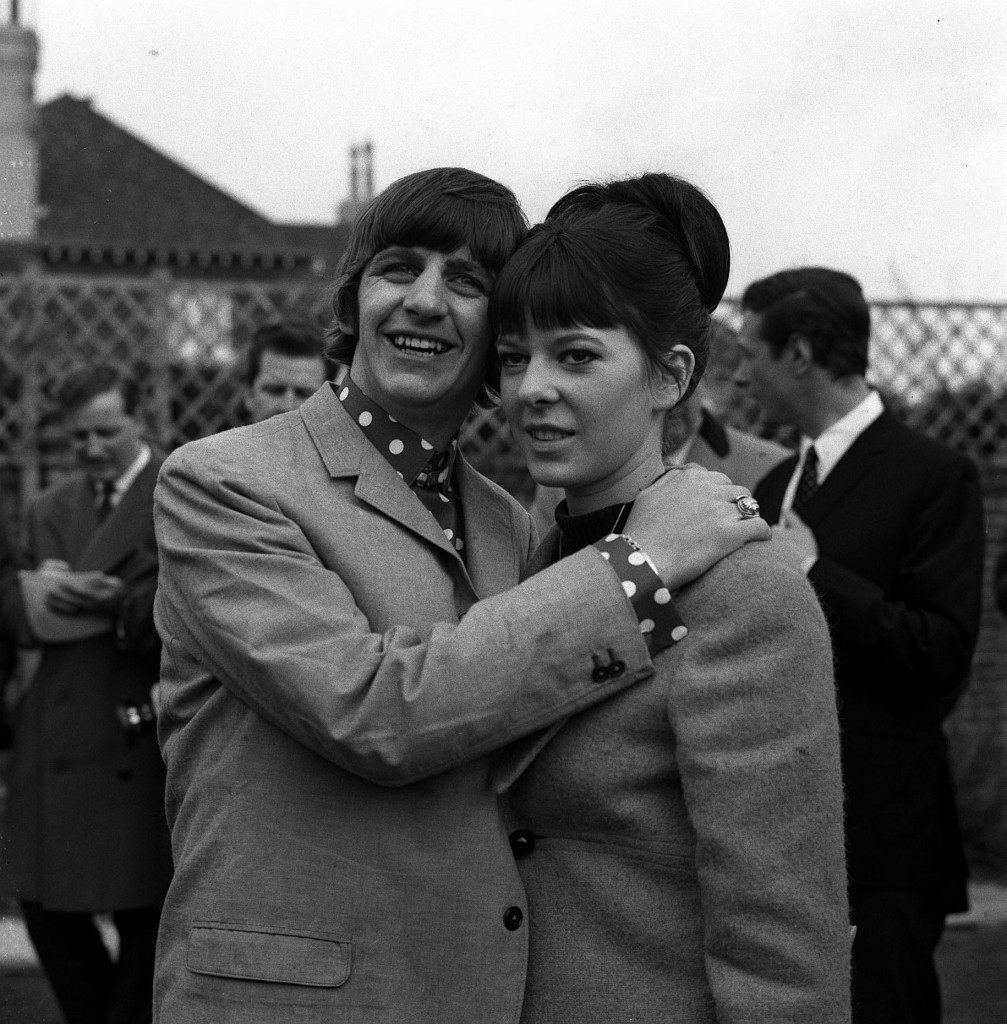 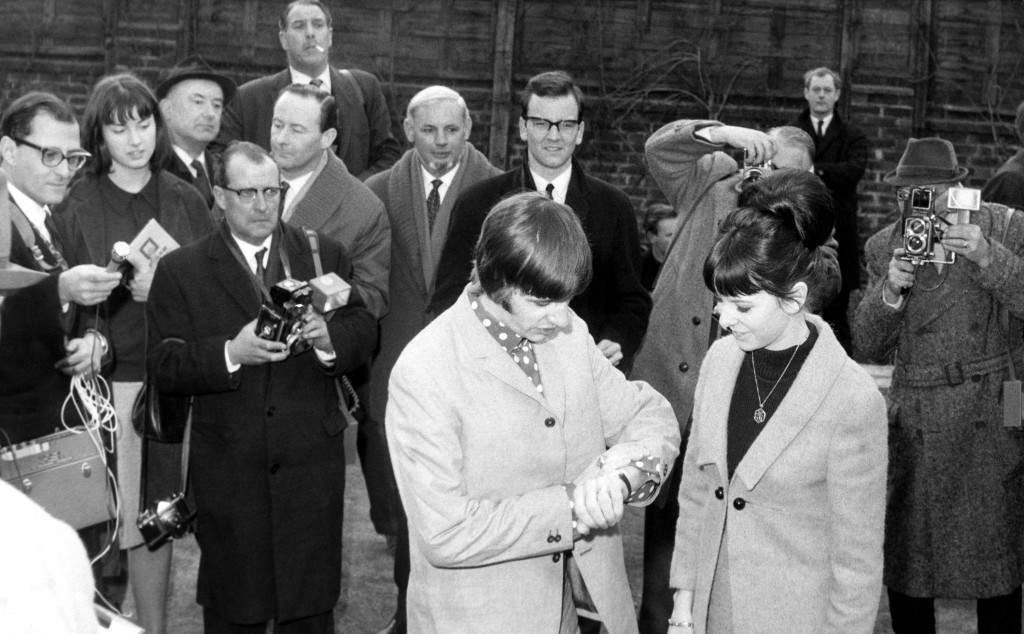 News that Ringo and Maureen had married soon leaked to the press and the next day the couple awoke to find film crews, photographers and the press camped outside Jacobs’s house at 2 Prince’s Square a stone’s throw from the sea in Hove. Although disappointed with the lack of even a short period of privacy, Ringo and Maureen agreed to a lunchtime interview in the back garden of where they were staying:

Q: “How long have you known each other?”

RINGO: “About two and a half years now.”

Q: “So this means, Maureen, that you knew Ringo before he was right at the top of the tree.”

Q: “How does it feel to be married to a very famous man?” MAUREEN: “Very nice.”

Q: “Well, I’m sure you wanted a rather different honeymoon from this. What do you think about all this?”

RINGO: “Well, you know– We took a chance. We tried to keep it quiet and we tried to arrive here quiet, but we must’ve been spotted and that’s the end of it, you know. So from now on, it’s not really a honeymoon, it’s just– we’re just stayin’ here.”

Q: “How do you think the other Beatles reacted?”

RINGO: “Well, John and George were great, you know. They were happy and congratulated us and everything. And they, in fact, went to the wedding.” Q: “When are the rest of you going to get married?”

RINGO: “When are the rest of them? I don’t know. I’ve no idea. As I said before, I don’t think ‘cuz I’m married, next week they’ll all pop up and say, ‘We’re gettin’ married ‘cuz Ringo is,’ you know.”

Q: “What sort of an effect, really, do you think the marriage is going to have on the Beatles’ future?”

RINGO: “On the Beatles as a whole, I don’t think any great effect– as much as that everyone will sort of say, ‘Well, we can’t sorta like them anymore ‘cuz Ringo’s married,’ you know. I don’t think I’ve got that image. I don’t think it’ll bother them too much. It may help, in fact, you know. We don’t know yet. It’s too early to say.”

Q: “Have you decided where you’re going to live?”

RINGO: “Only in the flat I’ve already got in London, up to now. Then we have to move and get a house or something, but it’ll be a while yet.”

Q: “Maureen, what do you think of the flat and the furnishings? Are there any changes you’d like to make?” MAUREEN: “No, it’s great.” RINGO: (jokingly) “It’s a big flat, you know!” (laughs)

Q: “Ringo, where did you propose?”

Q: “Congratulations. Thank you both very much.”

RINGO: “Thank you. Alright? Goodbye! …hope not to see you out my window again!” After just three days in Hove, Ringo was driven to Abbey Road studios where the Beatles started to record songs for the new film Help! In six days they recorded five songs for the film, a b-side, two LP tracks and one song called ‘That Means a Lot’, rejected ultimately for Help! but became a minor hit for PJ Proby.

In August 1968 Brian Epstein was found dead by his housekeeper after taking an overdose of Carbital, a popular sleeping pill of the time, at his London home in Belgravia. It was Jacobs who organised everything afterwards, the press, the reading of the will and had even identified the body for the police. Just over a year later David Jacobs also took his own life when he was found by his man-servant dangling from a length of satin from one of the beams of his garage in December 1968.

Recording a verdict of suicide while the balance of his mind was disturbed, the East Sussex Coroner, Dr Angus Sommerville said that there was no doubt that Mr Jacobs had financial problems. “But,” he added, “it is not my business to inquire further into these.” Dr Keith Elliott, pathologist, said that Mr Jacobs had stood on the stool, put his head in a loop of cord and then kicked the stool away. “But,” he continued, “it appeared that the attempted to loosen the loop but could not.” 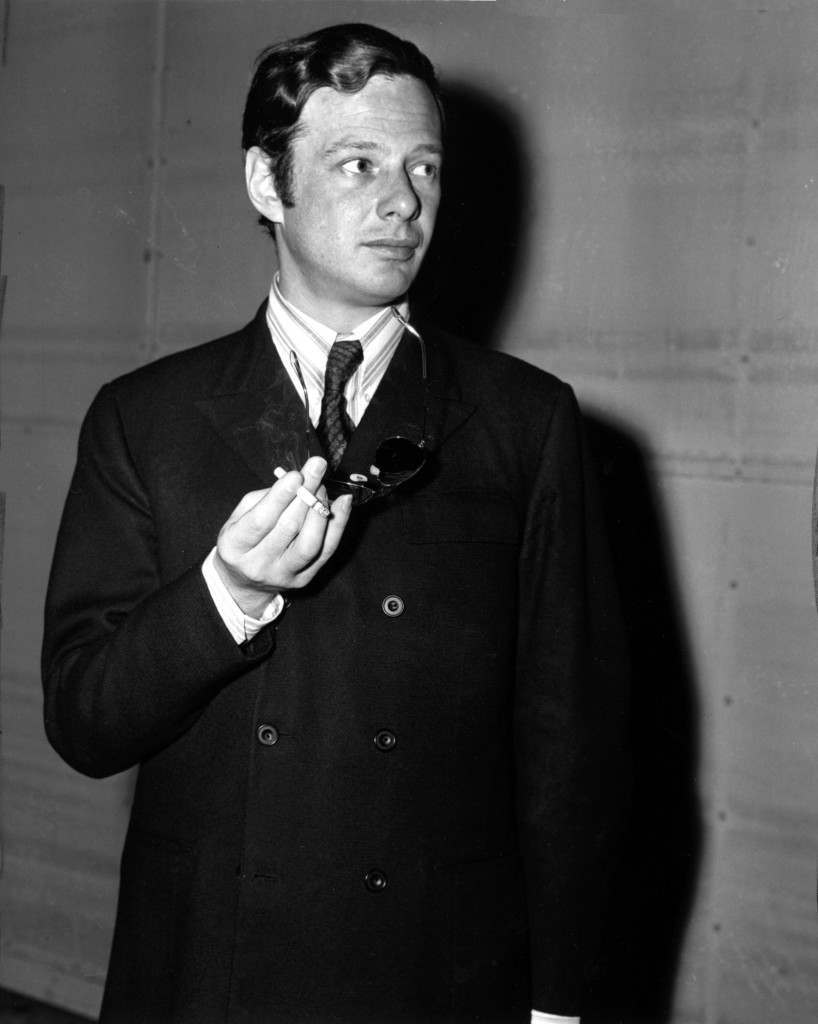 It wasn’t particularly surprising that David Jacobs ended up in financial difficulty. This was the man that put together one of the worst deals in the history of popular music when, albeit with the permission of Epstein, he signed away the rights to all the Beatles merchandise for a pathetic 10% to a friend from the London party circuit named Nicky Byrne. It is said, however, that there may have been a more sinister reason for the death of Epstein’s friend and lawyer than debt. Shortly before he died, Jacobs had been visited by a cohort of Ronnie Kray. The Krays, at the time, were due to stand trial at the Old Bailey for the murders of George Cornell and Jack “the hat” McVitie and Jacobs was asked if he could legally represent the twins in court. Jacobs refused and immediately asked for police protection. It was refused…