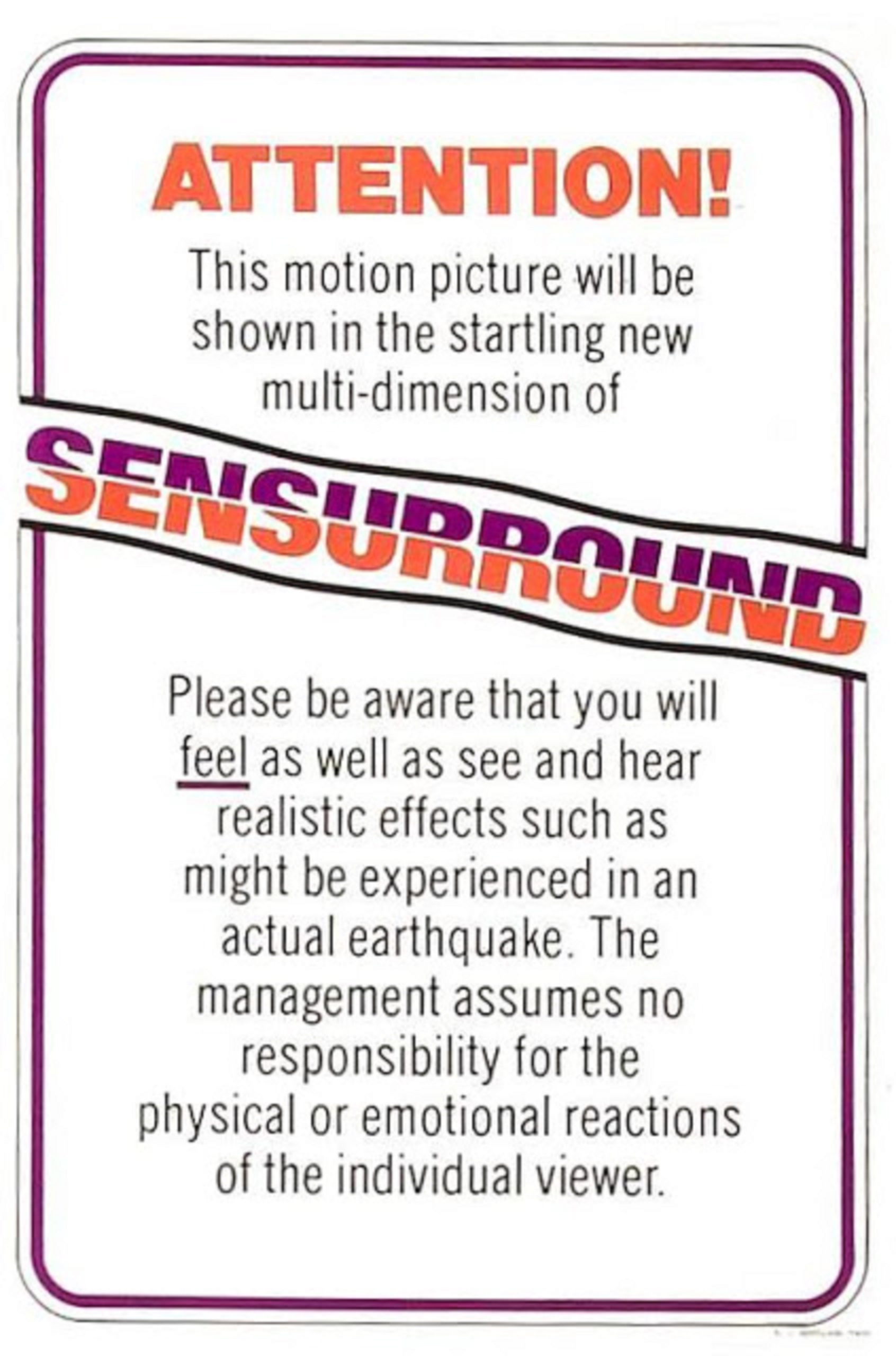 In the mid-1970s, Universal Studios launched a new gimmick to lure viewers away from their homes (and TV sets) and back to the movies.

It was called “Sensurround.”

Sense Surround. Get it?

To describe this technological advance in simple terms Sensurround was a sound system add-on which would generate a low frequency “rumble” at just the right time during a movie’s action. The process was described in Universal’s promotional materials as a “startling new multi-dimension” of film-going.

So it wasn’t so much that an audience member heard noise at appropriate times, it’s that they felt the noise reverberating throughout their body. It was more than a vibration; it was a rumble.

That was the upside to Sensurround. 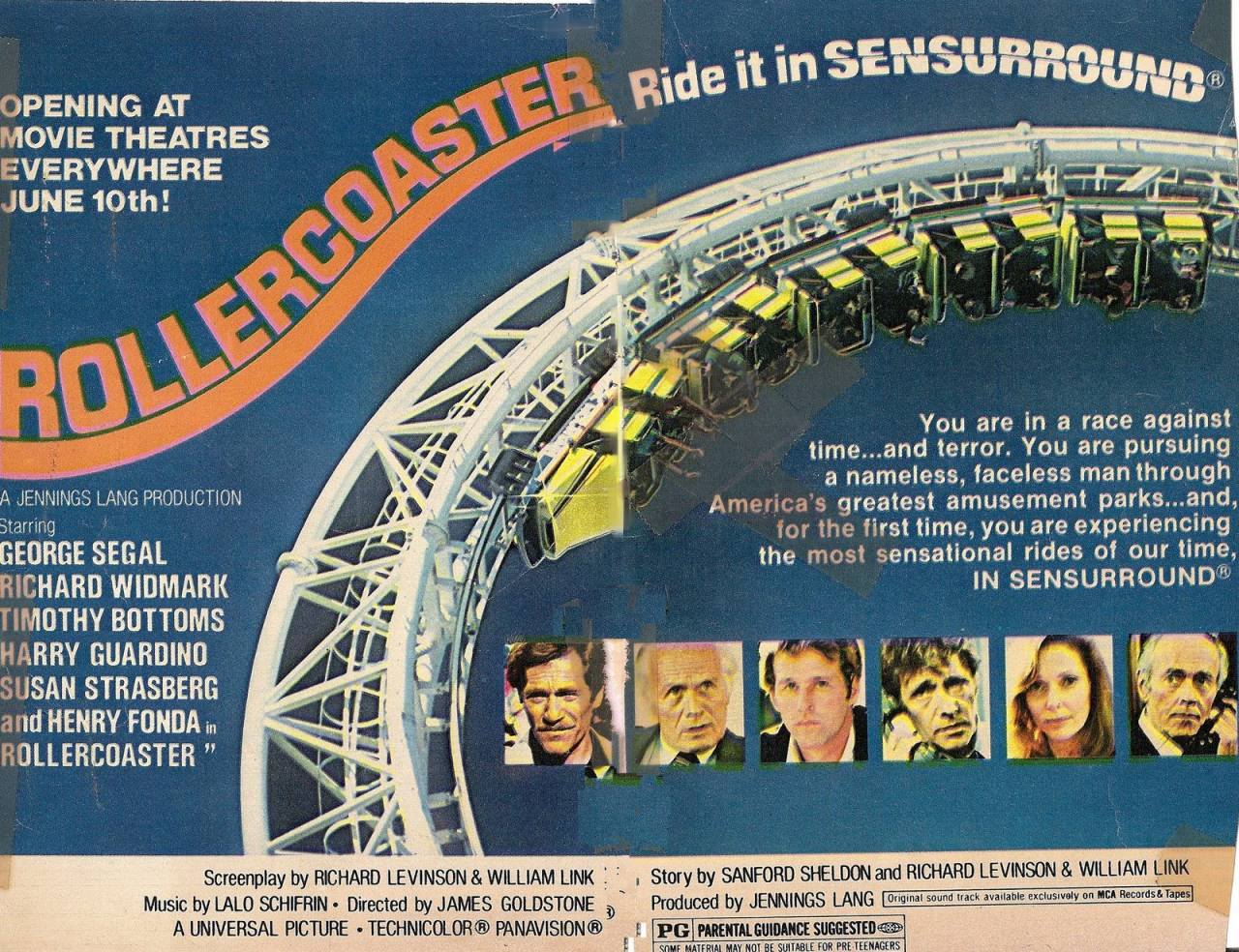 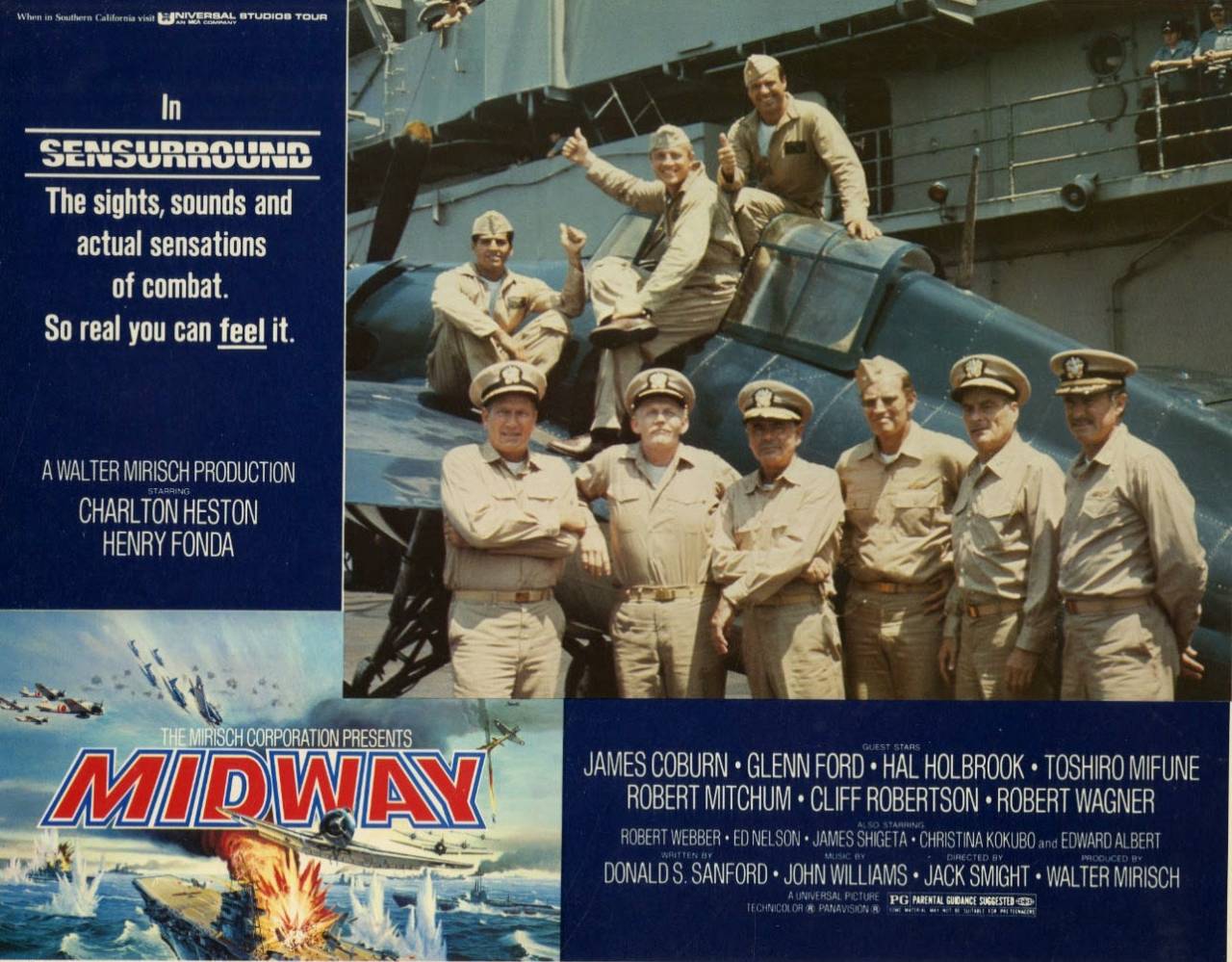 The downside occurred if viewers happened to be seated in a different theater close by, sharing a wall with a movie screened in this particular format.

You would get rattled too — whether you wanted to or not — and whether or not it appropriate to your film’s narrative or action.

Additionally, there have been, across the decades, anecdotal reports of theater damage due to Sensurround equipment.

In other words, ceiling tiles might shake loose and drop in the auditorium as the Sensurround rumble carried you off — and immersed you — in another world. Of course, in some movies, that might be an appropriate “sense” effect.

The first Sensurround movie released by Universal was just such a movie: Earthquake (1974) starring Charlton Heston.  The film’s a warned viewers: “You will feel as well as see and hear realistic effects such as might be experienced in an actual earthquake.”

By 1976, and the release of another Sensurround movie, Midway, there were roughly eight-hundred theaters in the U.S. equipped with the Cerwin-Vega made technology, which had to be rented by theaters. Worldwide, approximately 2,000 theaters could accommodate Sensurround.

The Universal Sound Department earned a Scientific and Engineering Academy Award, for Sensurround, and the hits kept coming, like 1977’s disaster thriller  Rollercoaster, or the movie version of Glen Larson’s Battlestar Galactica (1979). 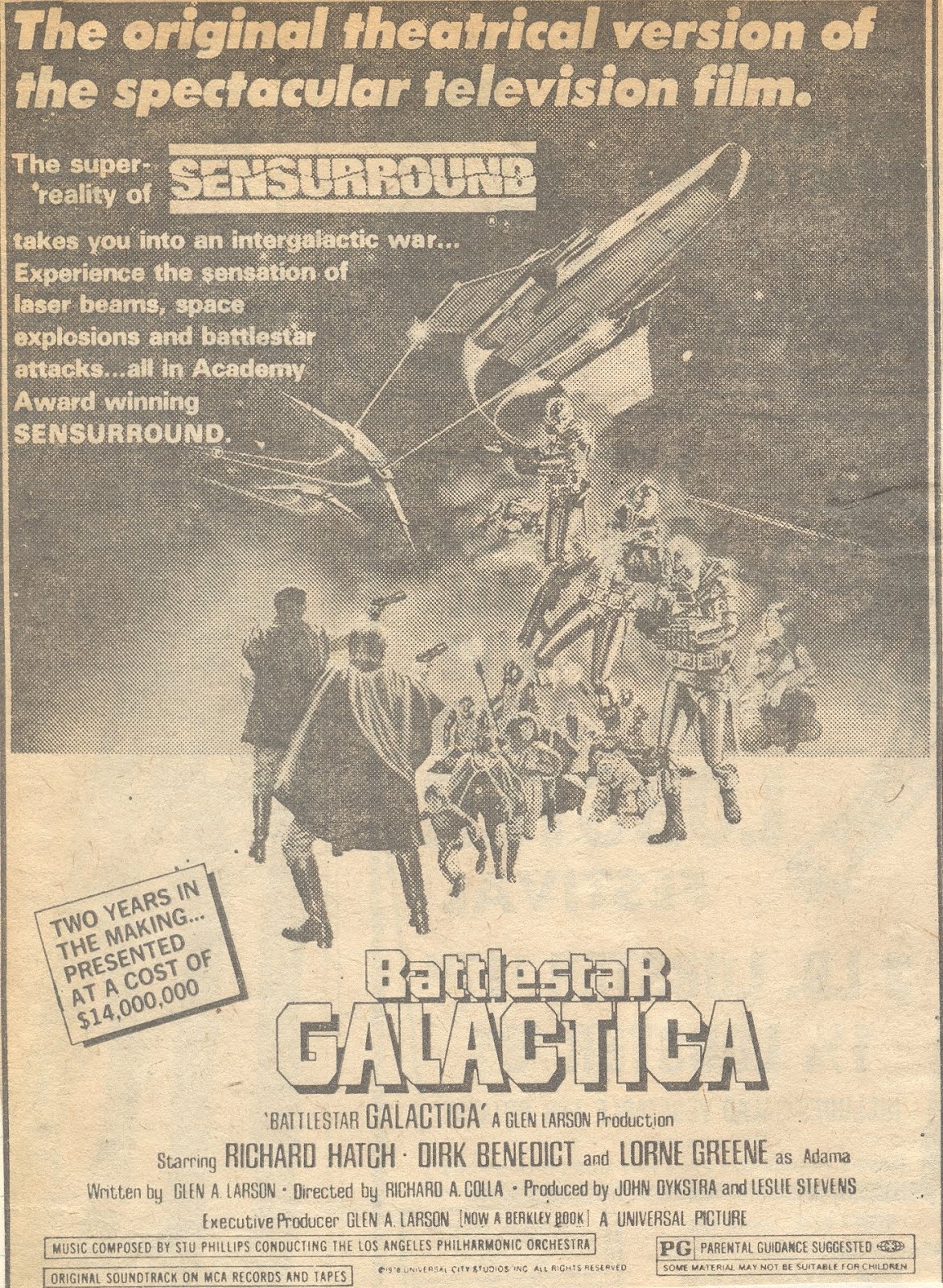 Although not as widely known or remembered, Sensurround ended up having some competition in theaters in the disco decade, such as 20th Century Fox’s “Megasound” technology.

But Megasound just doesn’t sound as awesome as Sensurround, does it?

Here’s a commercial for Battlestar Galactica in “Sensurround:”