When he wasn’t on the Road To… Morocco / Singapore / Rio / Zanzibar / Balie /Hong Kong and Utopia with Bing Crosby and Dorothy Lamour, Bob Hope (1903–2003) was often on the plane to entertain U.S. troops. 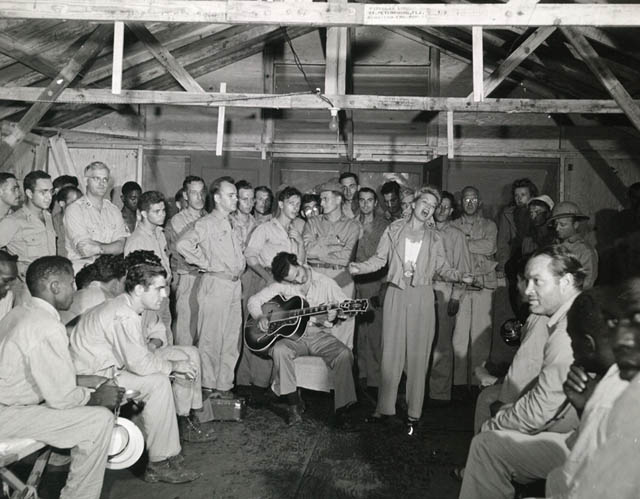 Beginning his tours for the dutiful on May 6, 1941, at March Field, California, Hope spent frequent trips in the following five decades on stage before members of the armed forces. 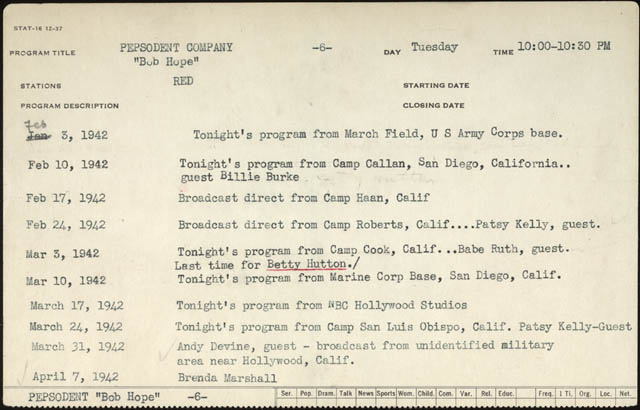 “When the time for recognition of service to the nation in wartime comes to be considered, Bob Hope should be high on the list,” wrote the author John Steinbeck, whilst working as a war corespondent for the New York Herald Tribune. “This man drives himself and is driven. It is impossible to see how he can do so much, can cover so much ground, can work so hard, and can be so effective. He works month after month at a pace that would kill most people.” 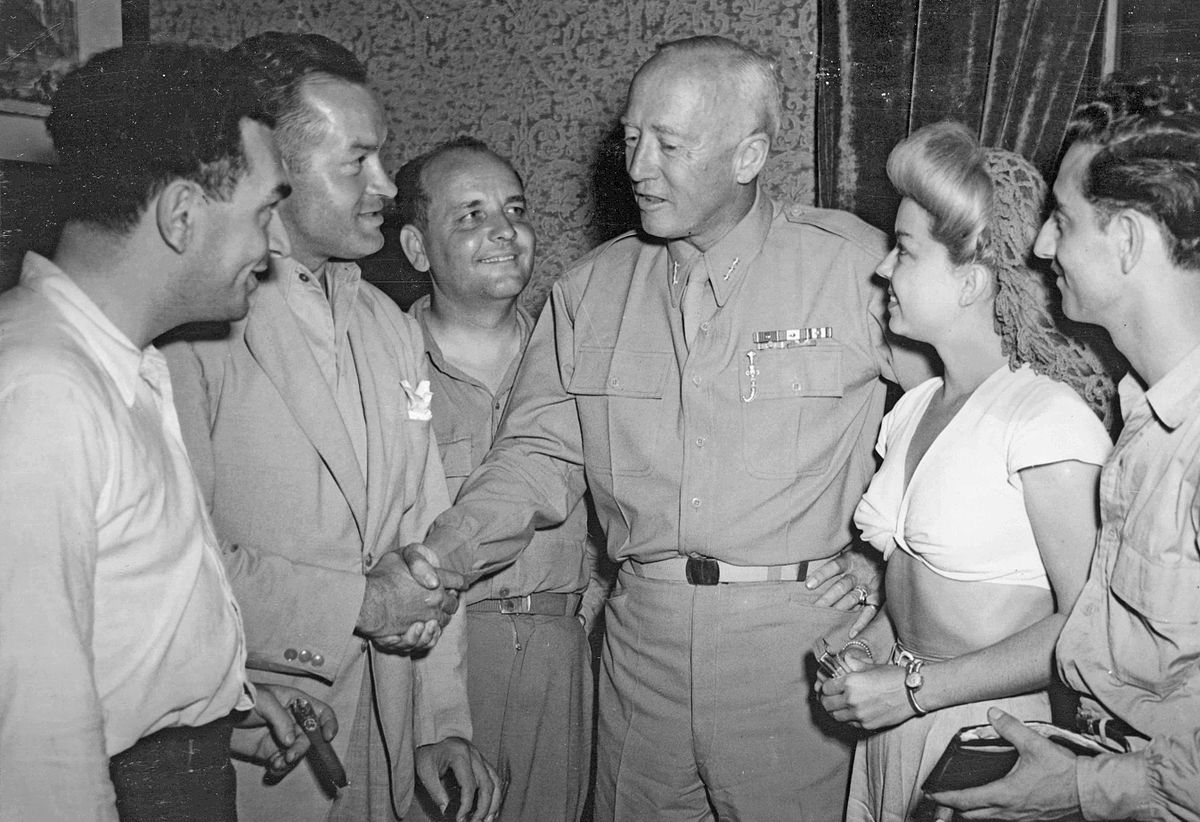 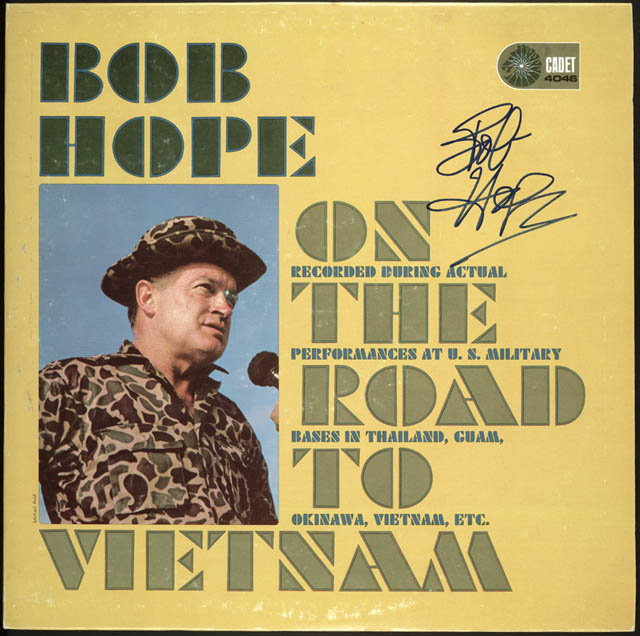 How does a man travelling so often and so widely pack? Does he ever unpack? In 1969, in readiness for his “Around the World Tour”, Hope’s packing went like this. Golf clubs plus: 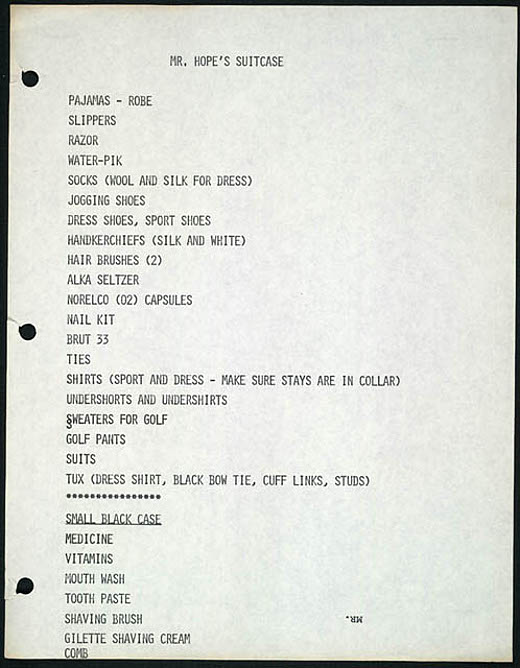 Via: Lists of Note 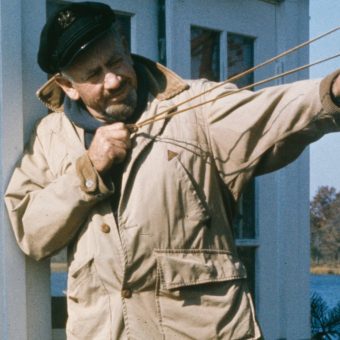 ‘Your Audience is a Single Reader’: John Steinbeck’s Advice on Writing