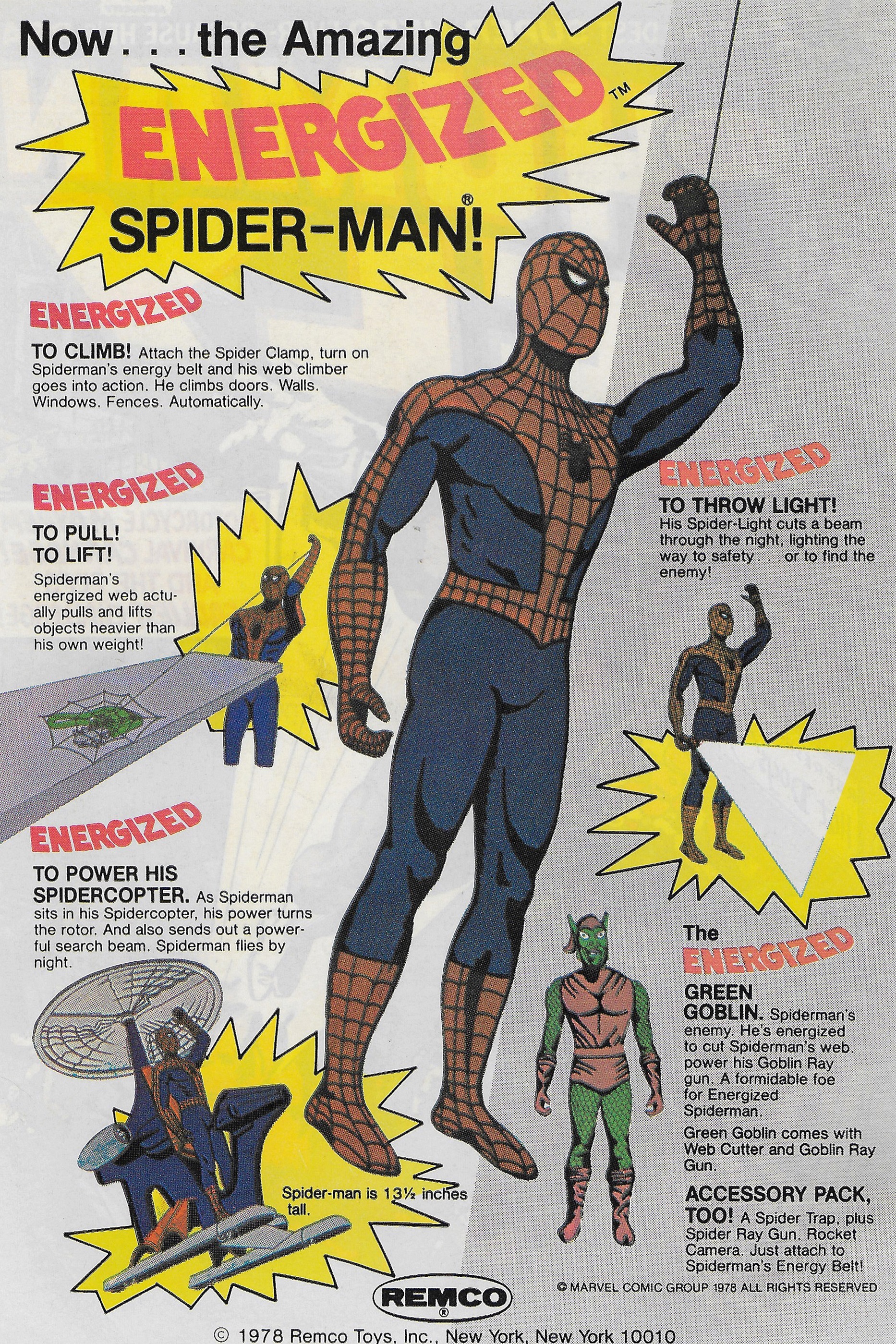 Here’s another great toy from the disco decade that I have never forgotten. Beginning in 1978, Remco released a number of foot-high superhero figures that were, in a word, “energized.”

I only had Spider-Man, but Remco released Batman, Superman, and the Incredible Hulk in this format as well, splitting their line between Marvel and DC. 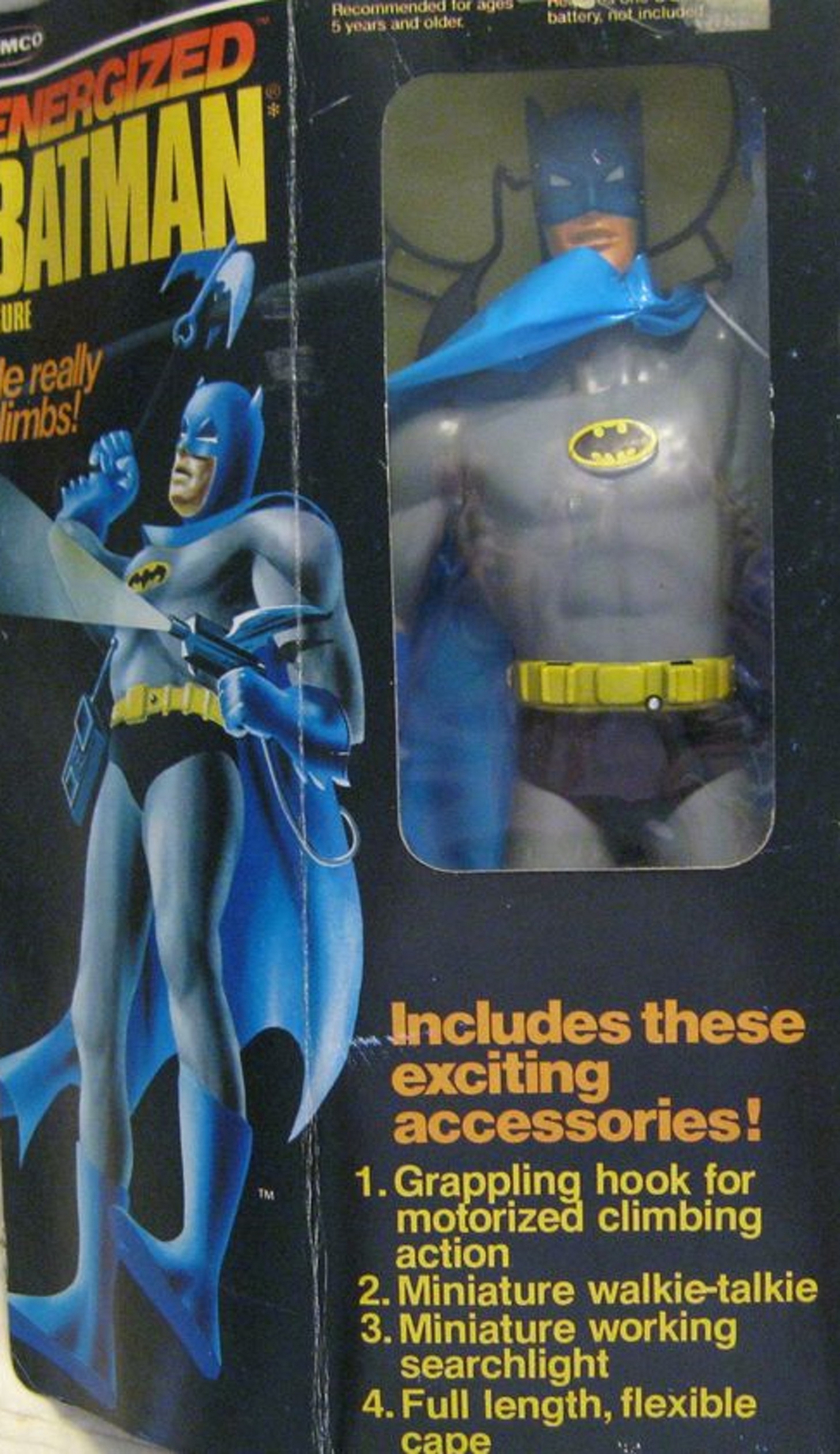 This version of Spidey that I remember stood a whopping twelve-inches high, and though he lacked meaningful  articulation,  he came equipped with a variety of gadgets, such as a “Spider Sense Activator,” a kind of movie viewer, and a “Spider Light.”  Spider-man also came with a web so you could snare the bad guys.

Your friendly neighborhood Spider-Man couldn’t actually swing from a web, but he could at least hang from a web, which was just as neat.  You could activate the web gadget and watch Spider-Man climb by activating a switch on his belt.

The ads described Peter Parker’s alter-ego as being energized “to climb,” “to pull,” “to lift,” “to throw light” and to “power his Spidercopter.”

As I recall, Spider-Man seemed to the fulcrum of publicity and toys, because Remco also sold the aforementioned Spider-Copter, a Spider-Man HQ, and even a figure of his “worst enemy,” the Energized Green Goblin. 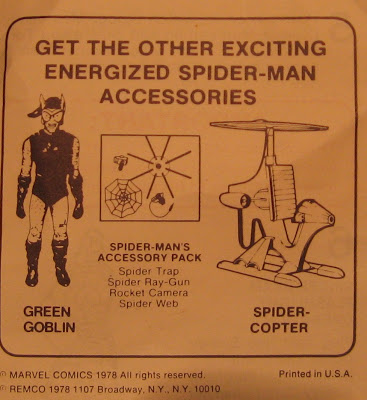 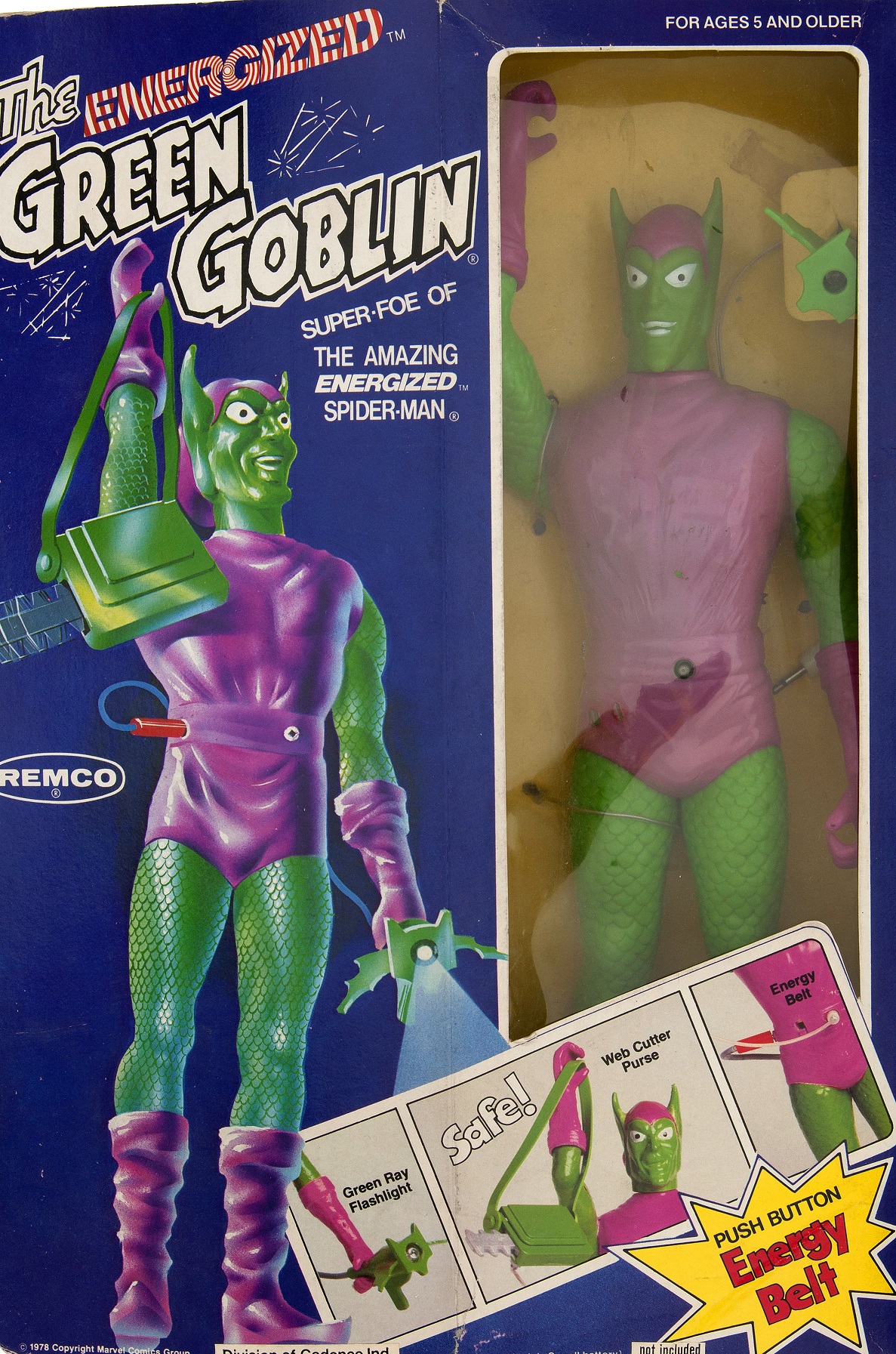 The Incredible (Energized) Hulk – which I never owned – came with a different set of abilities and accouterments. His figure came replete with a “power hook” to attach to a brick wall. When you threw his energy switch, “KRAASHH!” the wall would come tumbling down.

The Energized Superman, by contrast, came with glowing eyes (for X-Ray vision), and his very own glowing Kryptonite rock.

The Energized Batman came with a walkie talkie, a Bat-grappler, and a Bat ray gun to “light the night.”  Like Spider-Man with his “motorized web climber,” it seemed appropriate that a Batman figure would operate like the toy; able to scale buildings with his grappler.

I don’t believe I ever saw any of these toys in stores, except those related to Spider-Man.  I remember that I loved the figure but I was disappointed that he was molded, essentially, in one position.

Below, some commercials for Remco’s Energized Spider-Man: