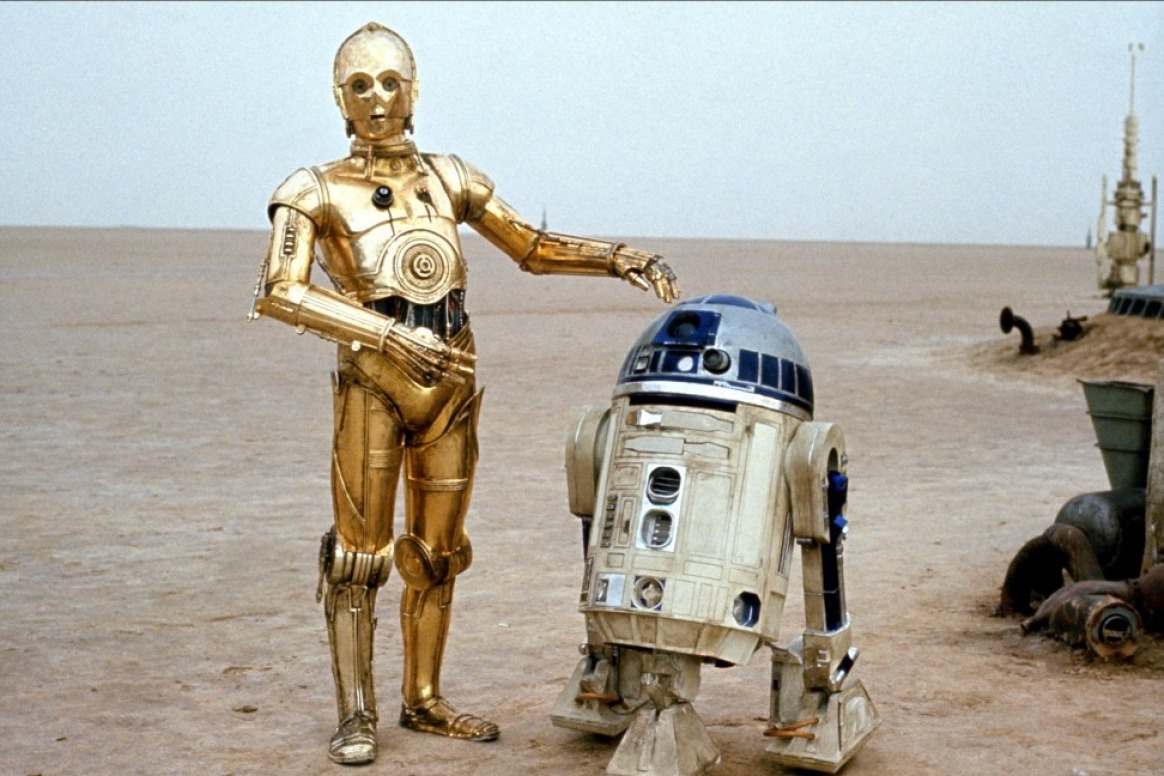 The premiere of Star Wars: The Force Awakens (2015) is just a few months away now, and toys are already on store shelves.  Soon, however, the publicity deluge will really hit, and we’ll see familiar (and new) characters everywhere; from talk shows to fast food restaurant commercials.

In the past, two of Star Wars’ most beloved characters — R2-D2 and C3PO — have been the franchise’s most visible ambassadors on the boob tube, starring in commercials, joining a no smoking campaign, presenting awards at the Oscars, and appearing on variety TV programs.

Here’s a look back at the robotic Laurel and Hardy duo, and their most memorable visits to our airwaves.

R2-D2 Falls in Love with a Fire Hydrant on Sesame Street.

The Star Wars films and the muppets have had a long association (thanks in part to Frank Oz and Yoda). In this early Sesame Street segment, R2-D2 has a new love I his life.

The Muppet Show: “Wish Upon a Star”

Mark Hamill and Chewbacca join the droids in another variety show segment.  In this one, they all perform “When You Wish Upon a Star,” and C-3PO channels his inner Fred Astaire.

Here, C3PO takes R2-D2 to task for trying a cigarette.

At the Oscars: May the Farce be With You

Bob Hope introduces Mark Hamill at the Academy Awards, and the Star Wars actor is joined on stage by Threepio (in a bow-tie) and his astromech friend.