In We Can Be Heroes: Punks, Poseurs, Peacocks and People of a Particular Persuasion, Graham Smith curates the story of London’s club life from hard-edged 1970s punk to the dreamy 1980s New Romantics. As in-house photographer of the London clubs where a youth tribe began, Smith was well placed to record its rise. 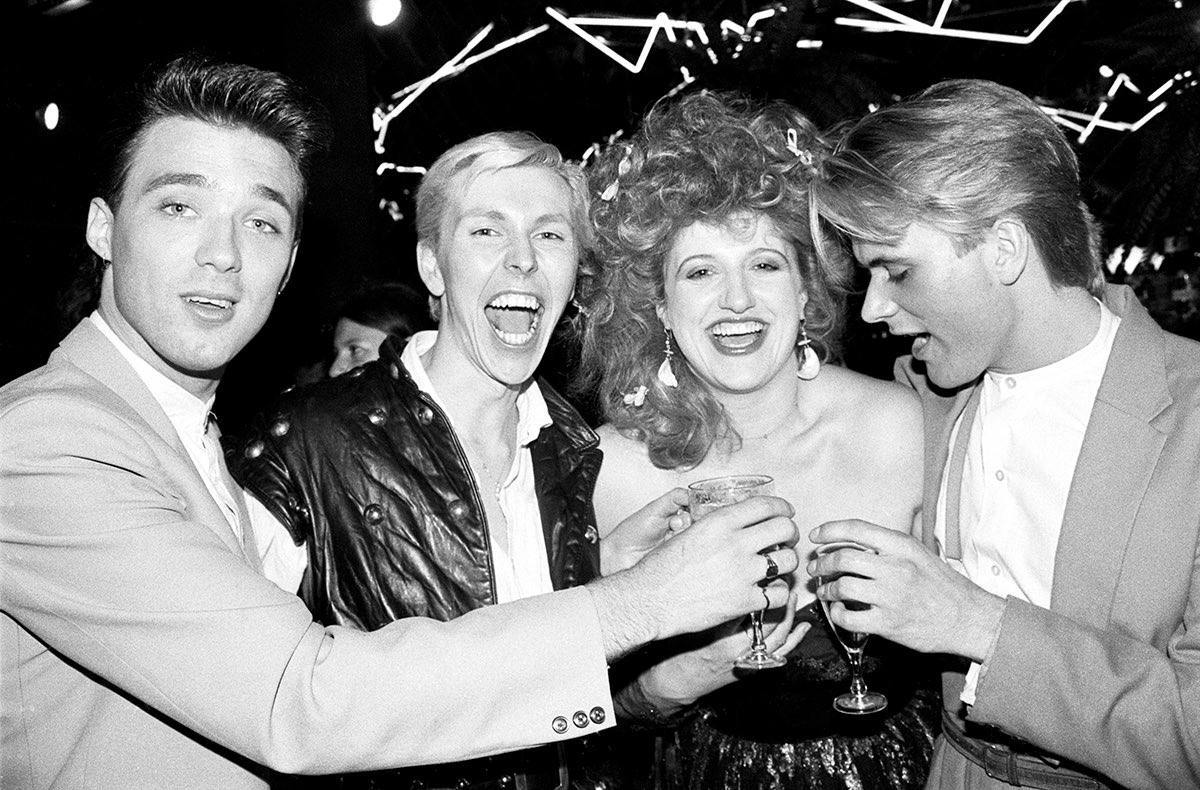 The story begins more than thirty years ago. I was 18, having grown up in Edgware at the dull end of the Northern Line. With my cocky ginger school mate Robert Elms, I entered a grotty Soho dive bar named Billy’s. A camp Welsh cossack posed by the entrance as the electronic beats of Kraftwerk pounded from the speakers. Several androgynous couples danced a robotic jive and someone else was wearing an iron as a hat. The look was retro but it definitely felt like tomorrow. So the following week I went back…

The press dubbed us the New Romantics, but we paid no attention. We were too busy enjoying ourselves.

We became a gang that made clubs our lifestyle: Billy’s, the Blitz, Le Beat Route, the Mud Club, the Wag and the Dirt Box. Nightclubbing was our fuel, family and an after-dark gateway to fulfil ambitions. We were narcissistic and hedonistic, but more importantly we inspired each other to push boundaries. It was about rebellion, creativity, originality and being yourself outside normal and straight society. 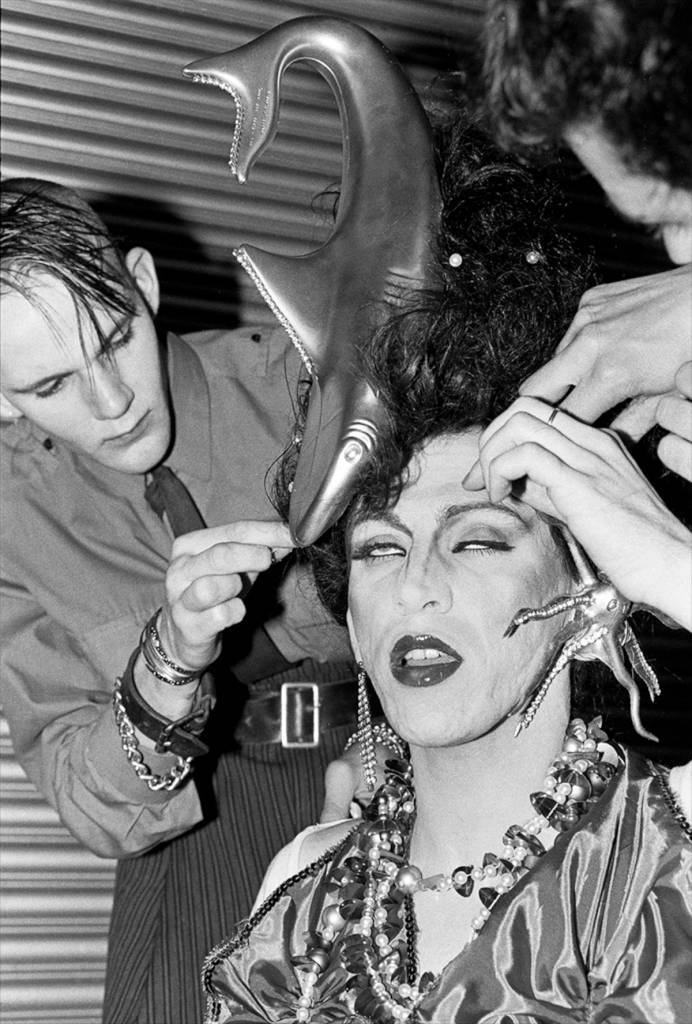 Robert Elms writes in the Introduction:

The night was another country. By day Britain was grim and gaunt, skint, exhausted, mired in strikes and fights, intolerant, in trouble. We were closer in time and mind to the austere, monochrome world of the Second World War than we were to the cosmopolitan, confident country we live in today

Growing up in this drained, early-closing, late-Seventies land, the Sex Pistols’ cry of “No Future!” felt more like a promise than a threat. But Graham [Smith] and I, teenage mates from a grotty grammar school on the outer reaches of the Northern Line, soon learnt that, providing you knew where to look and how to get the look, there was indeed a future, and it came out after dark.

As so many do from that neck of the woods (me included) they went up West to look for fun:

I’d always thought of Soho as the promised land of crooked alleys oozing cool, where every doorway held the prospect of a darkened room blaring the latest music to the hippest clientele. But this one-time haunt of jazzers and bohos, hookers and gangsters, had little residual glamour by the winter of 1978. It was little more than a hangout for furtive men in stained macs, visiting sex shops which couldn’t even sell sex.

Soho was a place of nightlife with no life, a shabby shadow of itself. Until Billy’s.

It started, as so many things do, in a clothes shop. PX, in Covent Garden, another wasteland yet to be colonised for upscale retail and tourist tat, had a lineage directly back to punk. Its chief designer, Helen Robinson, had been behind Acme Attractions, the cool King’s Road counterpoint to Vivienne Westwood’s steamy SEX. I was mooching about in there one day in 1979 when Steve Strange, employed by Helen as a shop assistant, said that he and Rusty Egan – another face from the punk scene – were planning a “Bowie night” at a little place in Soho, starting the following Tuesday. I told Graham and we both decided to go along.

As we walked down Dean Street, rotten with rubbish from the strikes, and turned into Meard Street, where a brothel called the Golden Girl club shared a space with this subterranean cellar, little did we know that our lives were about to change. And so was just about everything else. The 1980s started a few months early on a Tuesday evening in Billy’s.

Over the couple of months at Billy’s that Steve and Rusty perfected their double act, almost the entire cast of the coming decade was assembled: Boy George, Gary Kemp, Midge Ure, Marilyn, but also the likes of Chris Sullivan, Jeremy Healy, Melissa Caplan, Michael Clarke, John Galliano, Sade Adu, Stephen Linard, Stephen Jones… people who would shape the sound and style of the times. And what style, what times.

There was an intoxicating air in that suffocating basement, a preening, queening waft of adolescent desire, which mingled with the strains of Roxy and Kraftwerk to transport you far away from that wretched England outside. But this was more than just escapism; the teenagers throwing extravagant shapes were shaping the way to go, tough kids with ideas and ambitions as big as their hair.

Steve Strange’s brilliant idea of colonising a failing club for a night, filling it with a like-minded group of people and providing them with something exclusively their own, would re-draw the blue-print of how to run nightclubs and begin to re-energise London’s dormant nightlife. But it was so much more than that; it was a blinding flash of the future, a premonition of everything from MTV to designer labels, gay liberation to style supplements, from celebrity culture to rave culture.

After Billy’s came The Blitz. A dodgy old Covent Garden wine bar with a Second World War theme, gas masks and photos of Winston Churchill on the walls. Legends have developed around the year or so of f Tuesday nights, when Steve presided over the door like a benign tyrant, Rusty spun his record collection and George was the coat-check girl, and rightly so. Books have been written, plays performed, films made and stories told and re-told about The Blitz because it was that important. The Blitz was a pressure cooker of creativity, which would dominate youth culture for a generation. The list of bands which can directly or indirectly be traced back to that tiny dancefloor is staggering: Spandau Ballet, Culture Club, Visage, Ultravox, Sade, Wham!, Bananarama, Blue Rondo A La Turk, Haysi Fantayzee, Animal Nightlife… But it wasn’t just music. Dance, design, fashion, photography, writing, almost no aspect of British cultural life was untouched by this rag-tag gang of students, hairdressers, shop assistants and unemployed poseurs.

As soon as the queues for The Blitz grew longer than the place could accommodate, so others followed… Soon every doorway promised a party and every alley secreted a scene. London was swinging again. 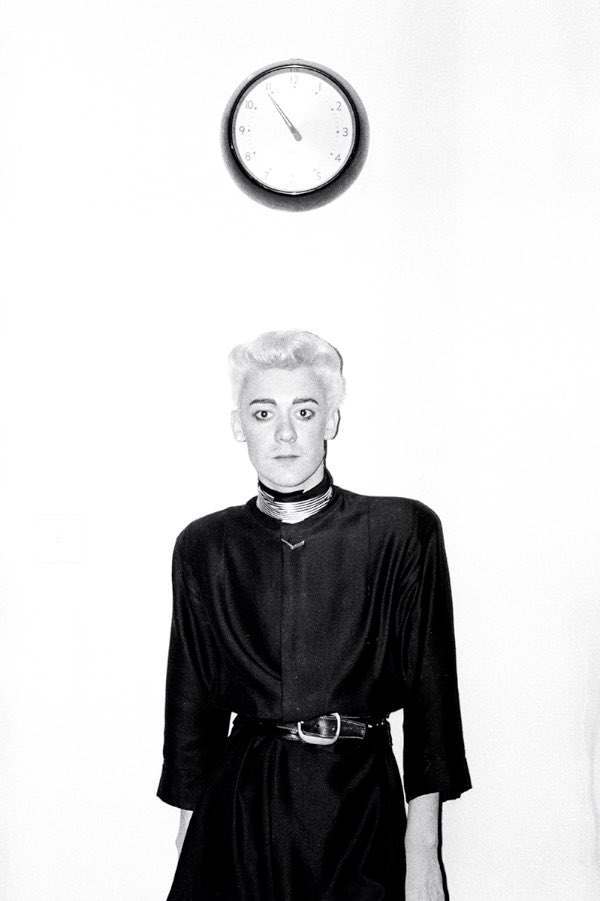 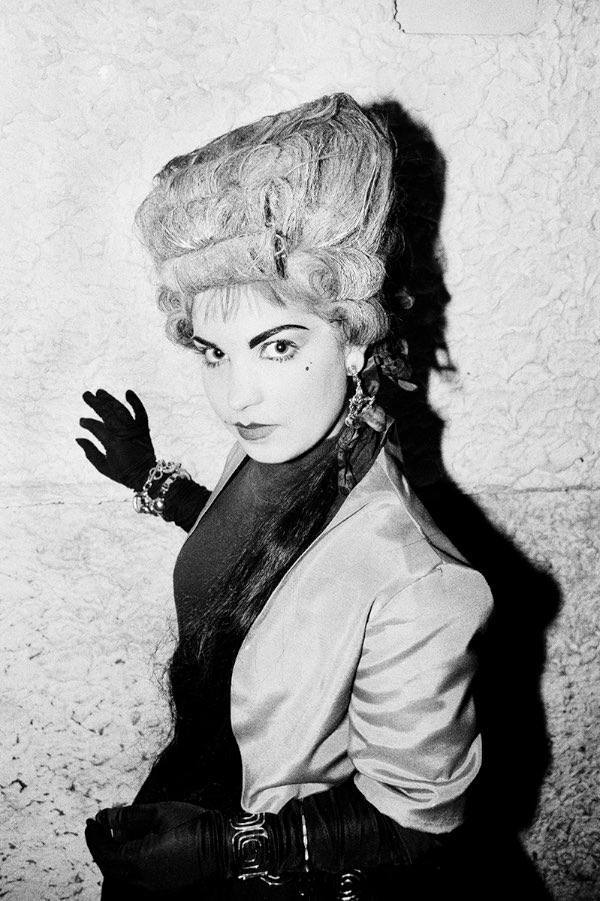 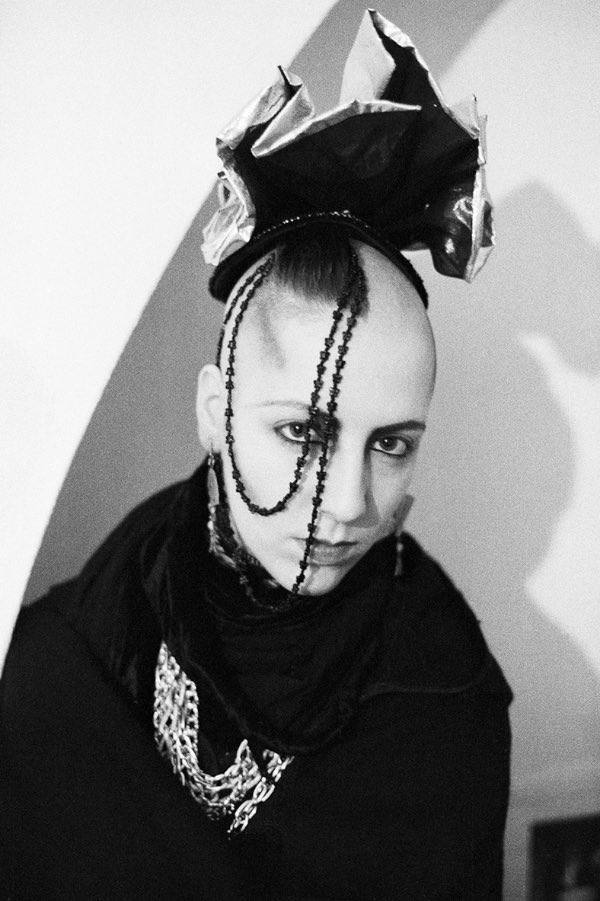 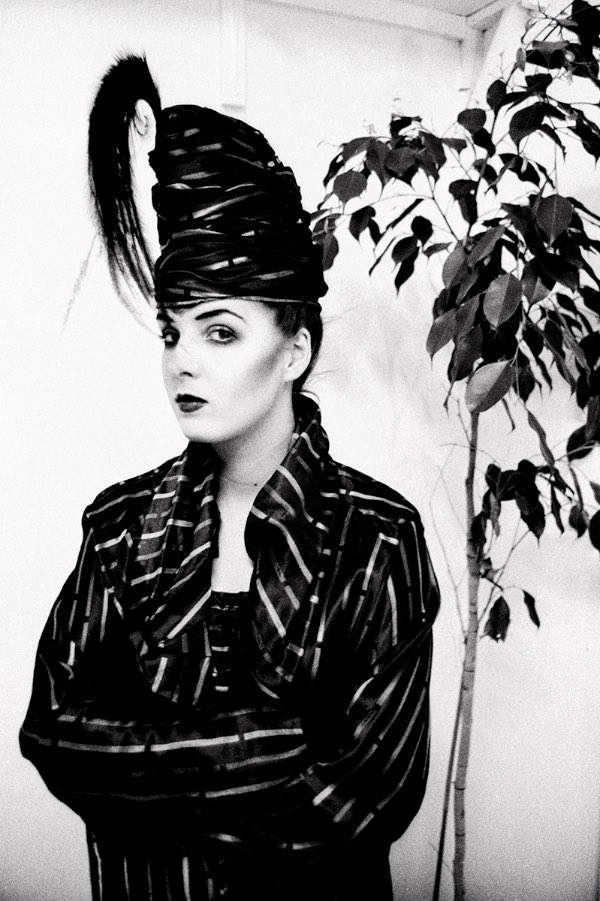 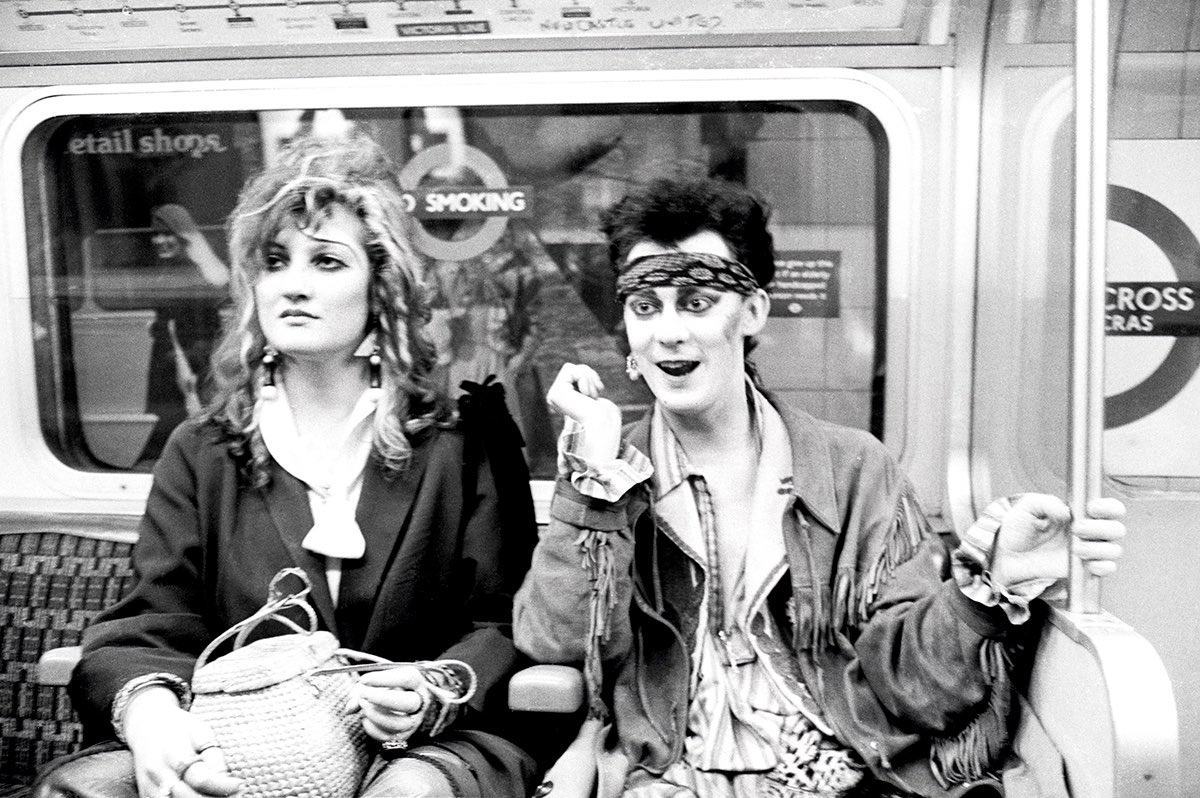 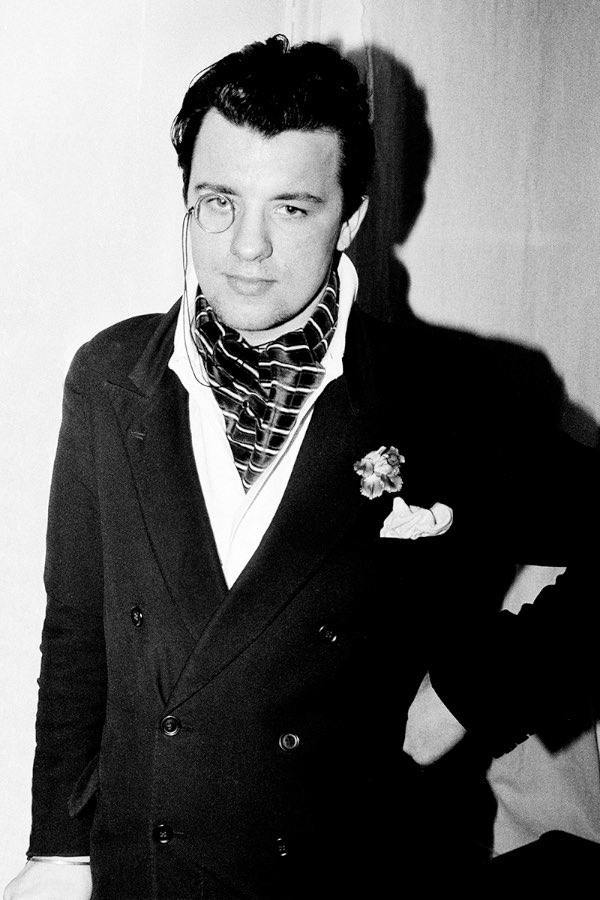 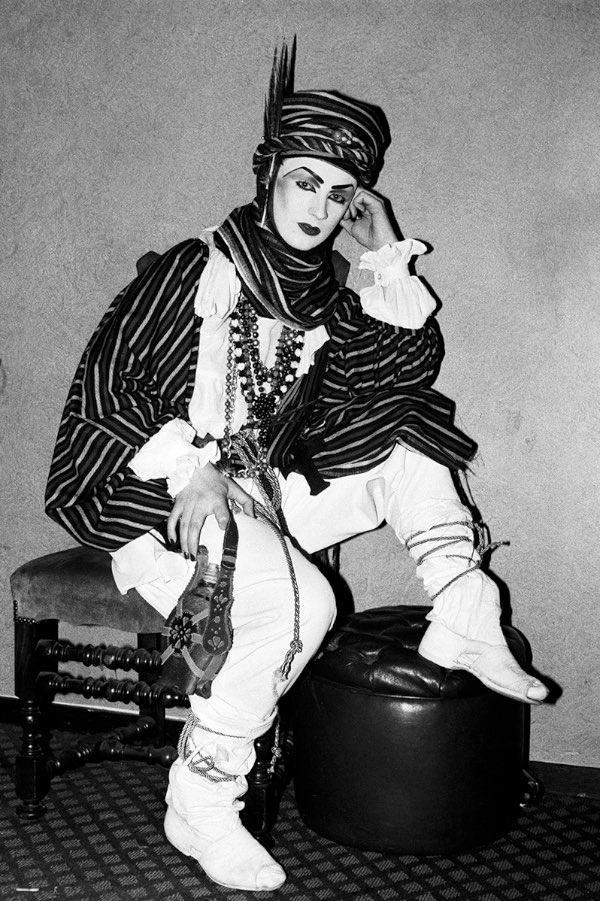 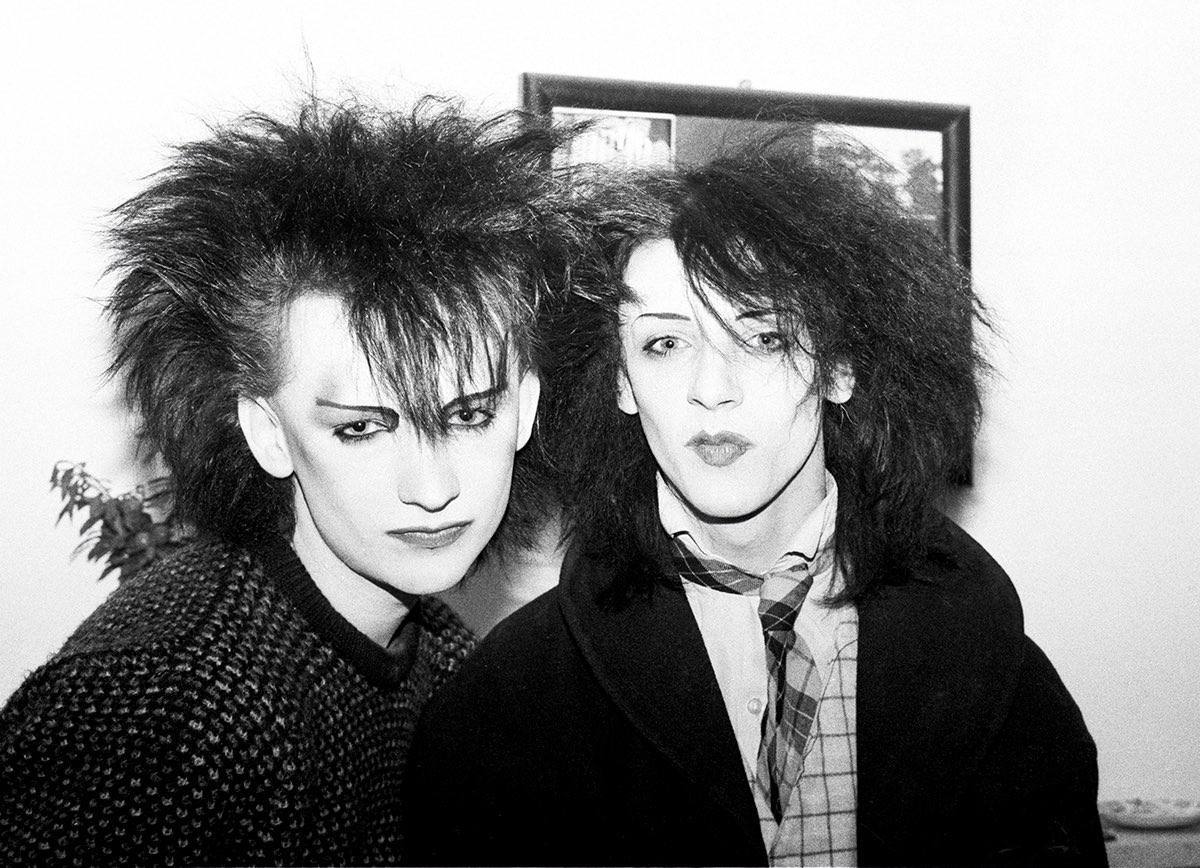 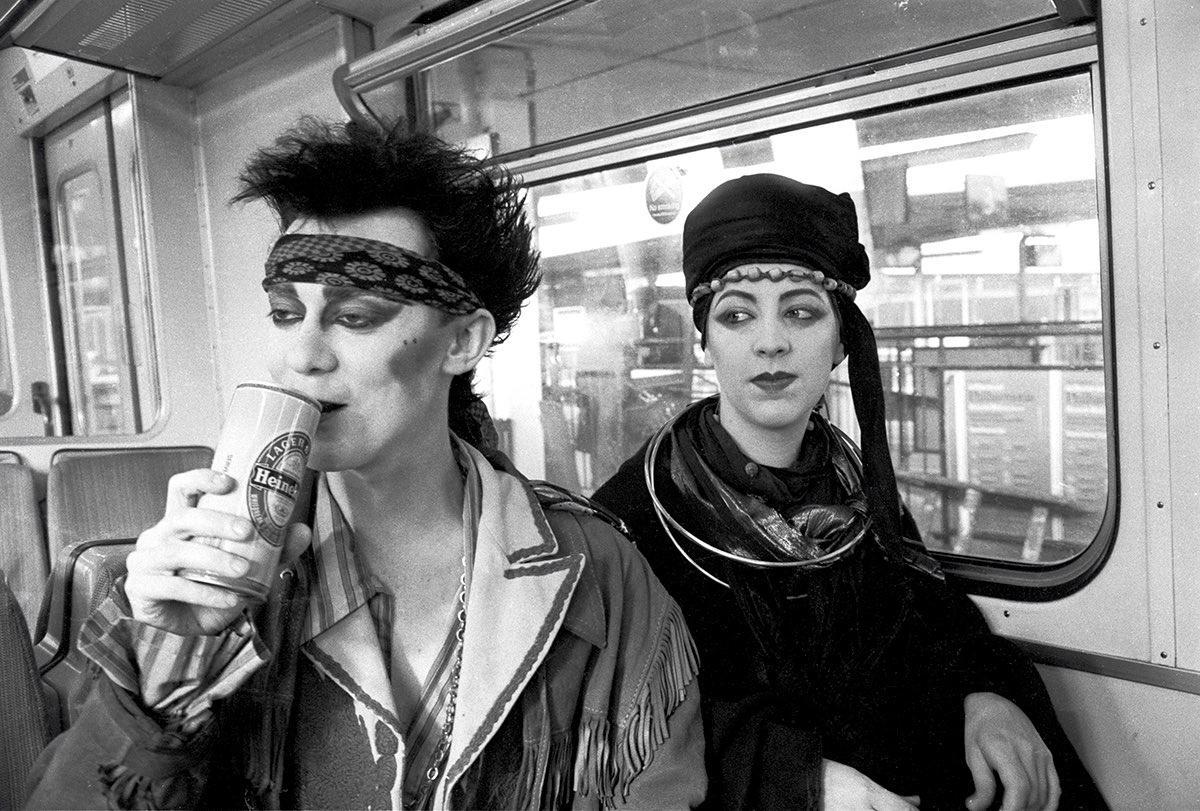 Stephen Linard and Michele Clapton on their way to see Spandau Ballet. 1980