IT’S UNFORGIVABLE  to squander excellent source material in favour of garbage.  Anyone who read World War Z and saw the film can vouch for that.  Well, the same sad fact is true for most DVD covers.  An excellent movie poster exists, but the distributor opts for a poor substitute thrown together and Photoshopped in two minutes.

Before anyone points out that movie posters have an edge via larger canvas size –  I’ll acknowledge that.  But there’s plenty of awesome paperback artwork – the smaller canvas didn’t seem to handicap Frank Frazetta or Robert McGinnis. So, I’m not going to give DVD covers a pass.

No excuses.  And to prove my point I’m going to show you some side by side comparisons (DVD abominations are always on the right).  Young children may want to shield their eyes. 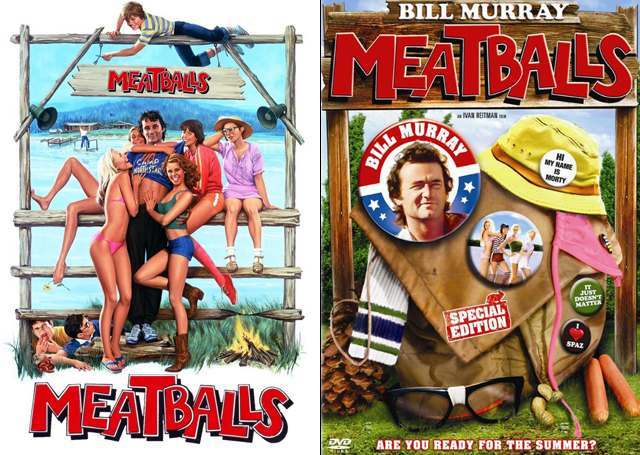 Here’s how I picture the DVD Distributor presenting his idea to the crew:

Here’s the plan: We’ll abandon the sexy, skillfully painted artwork from the film poster.  In its place we’ll get my 12 year old niece to throw together some garbage and Photoshop it.

But, sir, I don’t understand.  Why would we do such a thing?

So naïve.  21st century humans have the attention span of a ferret on amphetamines.  He can’t appreciate nuance.  He needs a Big Gaudy Photoshopped Mess.  Now get to work. 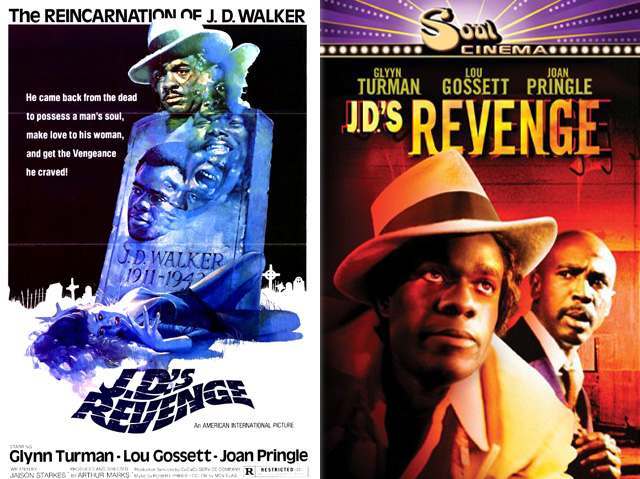 I’ve always thought the poster art for J.D.’s Revenge was amazingly compelling.  Fast forward a few decades, and we have the DVD with faces smoother than polished plastic.  You’ll find that’s a hallmark of the DVD cover– intricate movie poster artwork ditched in favor of ultra-smooth faces barely resembling the main characters. 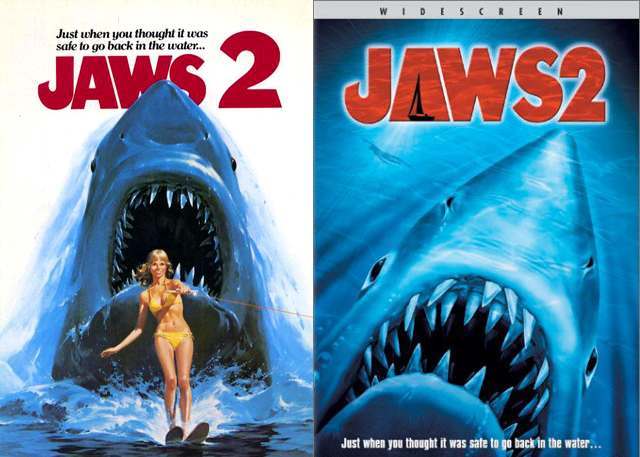 The DVD cover is given the most generic treatment imaginable.  Also take note of the lettering– the textured font with “outer glow”.  Anyone who has worked for five minutes on Photoshop knows the routine. 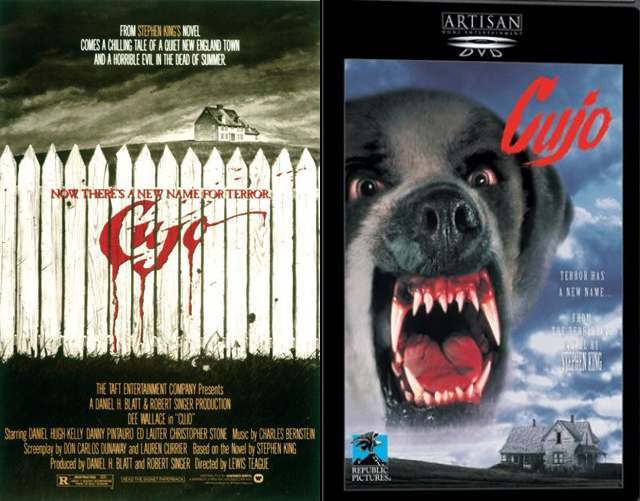 Are you freaking kidding me?  This has to be some kind of a joke.  Am I on Candid Camera?  Any minute now Alan Funt is going to jump out and tell me this is all one hilarious ruse. 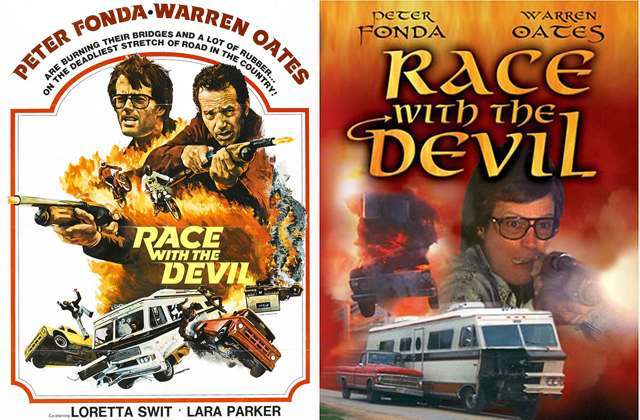 It’s mind boggling to think that, at some point in time, some guy looked down on the DVD cover he’d created and said, “Perfect.”

The phrase “wrong on so many levels” is overused.  From now on, let’s only use it when talking about the Race with the Devil DVD cover art. 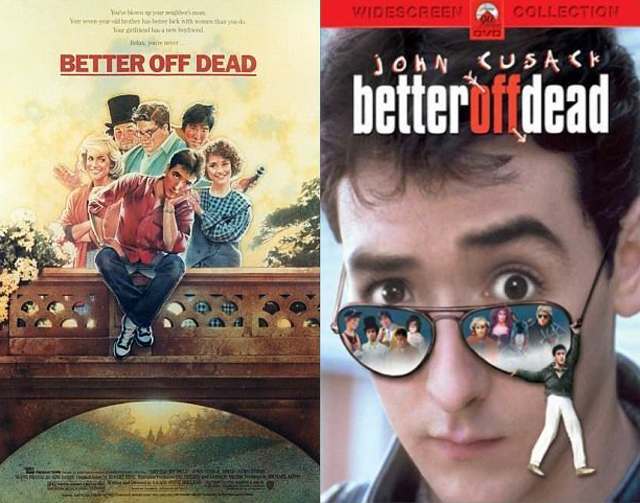 Okay, I’ll be the first to admit that maybe the original poster art isn’t exactly worthy of framing – but JESUS HAROLD CHRIST ON RUBBER CRUTCHES, LOOK AT THAT DVD COVER! (wiping sweat from brow)  There’s a mini-Cusack hanging from a pair of horribly Photoshopped sunglasses.

This is just wrong….. on so many levels.  (I know I promised to only use the phrase on Race with the Devil, but I can’t help myself.) 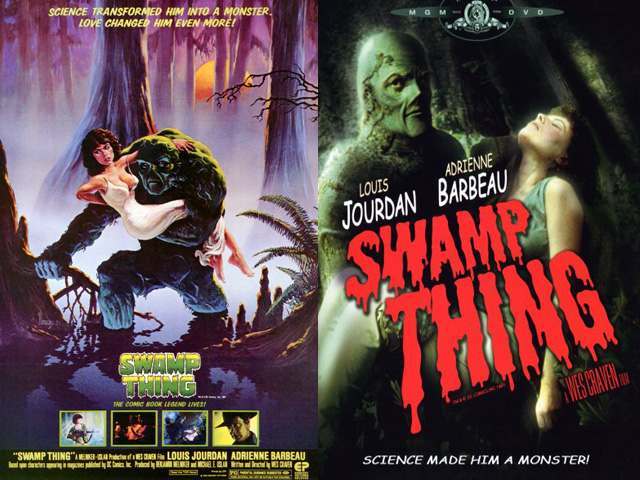 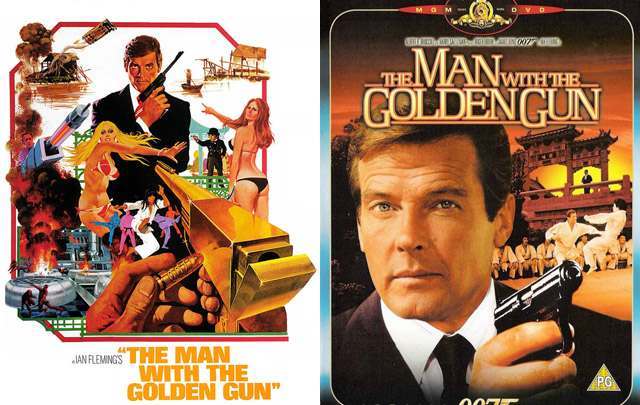 I suppose one could make a counter argument that the movie poster is cluttered, messy, tacky; whereas, the DVD is much cleaner and refined.

I then would make the counter-counter argument and say that is a load of bull excrement.  A boring Roger Moore headshot pasted over a dumb karate match is not an improvement. 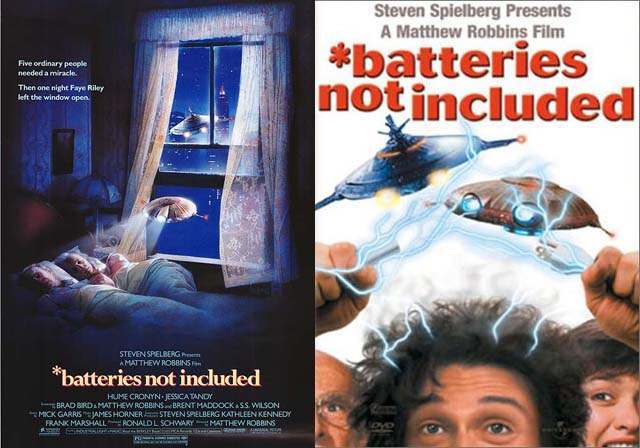 To be fair, DVD covers sometimes do get it right.  Unfortunately, it’s often after they’ve already made a mess of things.  Batteries Not Included had to release this disgrace before coming to their senses and going with a variation on the original poster art. 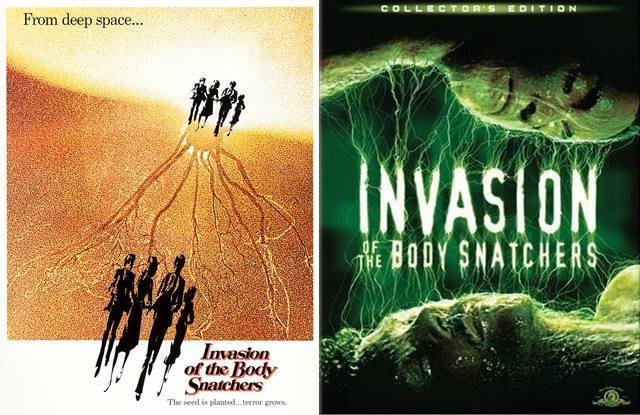 In the end, it really comes down to personal sensibilities.  I will try and be understanding and empathetic of differing opinions.  It’s okay if you prefer utter garbage over well-thought out works of art.  After all, I’m a tolerant guy.