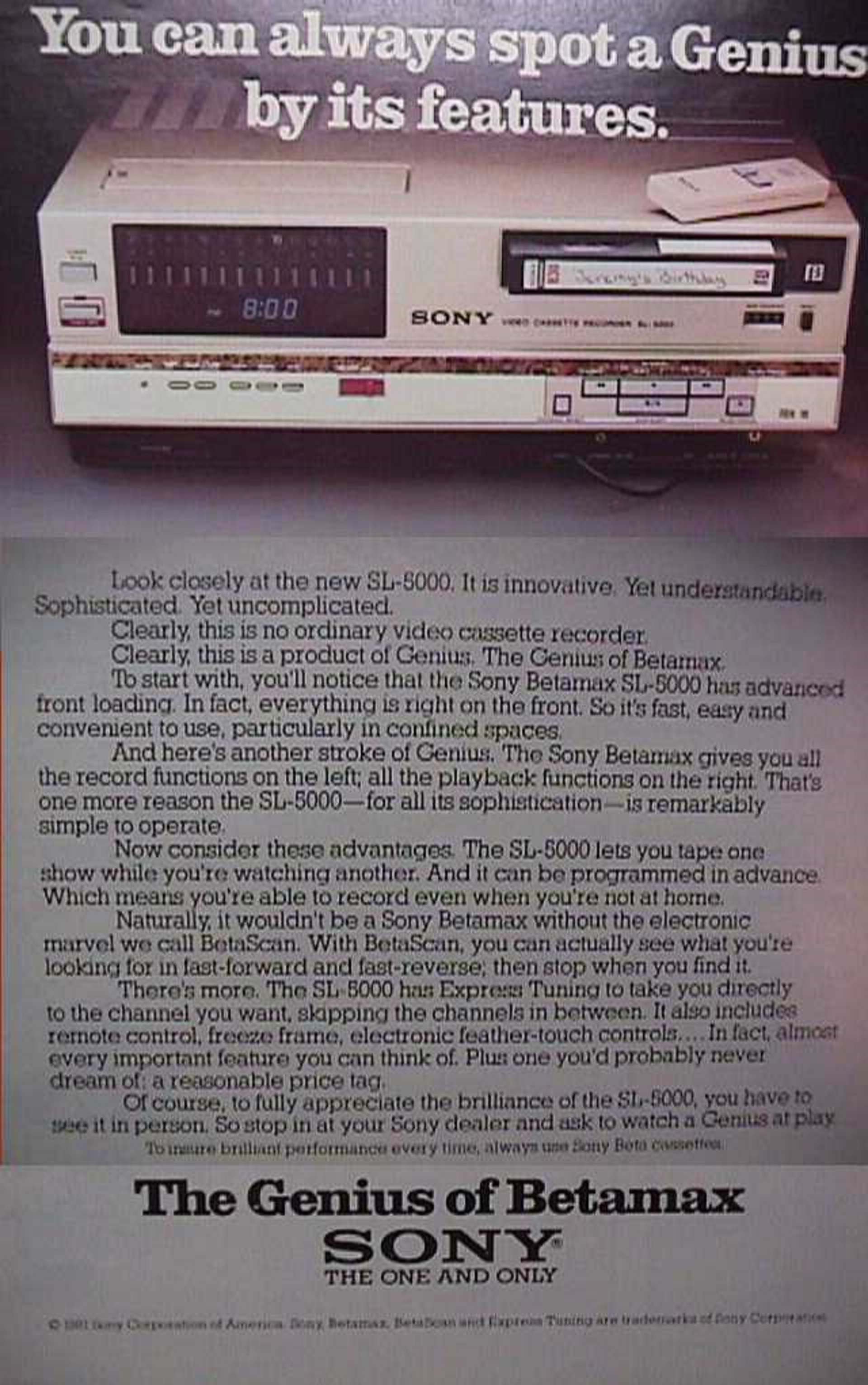 The loser in a format war against VHS (developed by JVC) in the long ago 1970s and 1980s, the Betamax format first entered the American marketplace in November of 1975.

With cassettes sold in retail stores such as Sears and Radio Shack, Betamax, by some standards, should have been the winner in its pitched battle against the VHS tape format and consoles.

For example, Betamax featured superior picture and superior sound to its competitors and was described in promotional material as a “product of genius.”

The SL-5000, an early model of the player, could tape one show while you watched another, featured “express tuning,” could front-load cassettes (instead of top-load, like early VCRs) and featured “record functions on the left” side of the console; “playback functions on the right.” 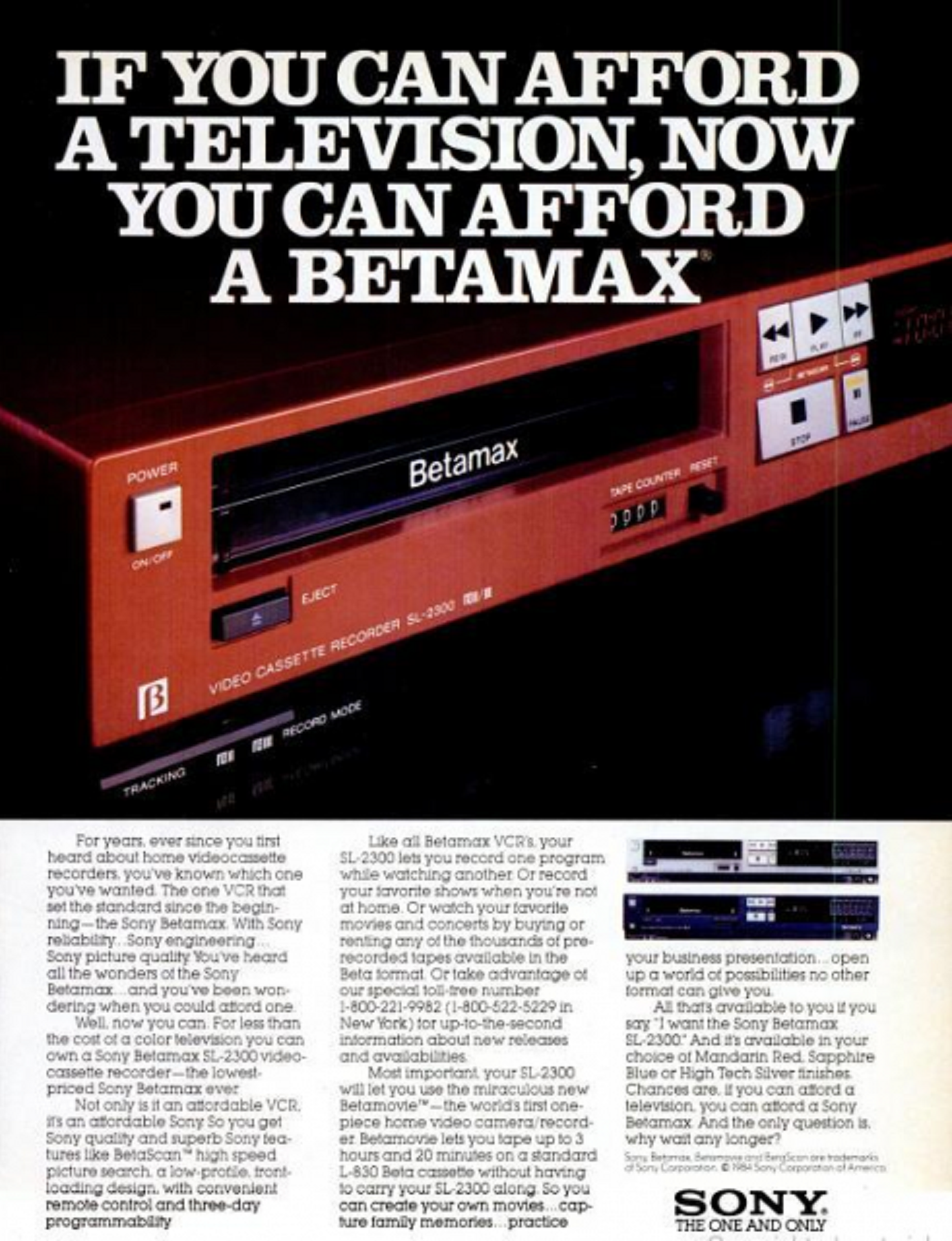 And, of course, it came from a well-respected name: Sony.

A VHS cassette, by comparison, could tape up for up to two hours.

Betamax attempted to strike back with later models such as its SL-8200, which could tape programs from TV for “up to two hours,” but by then it was too late. 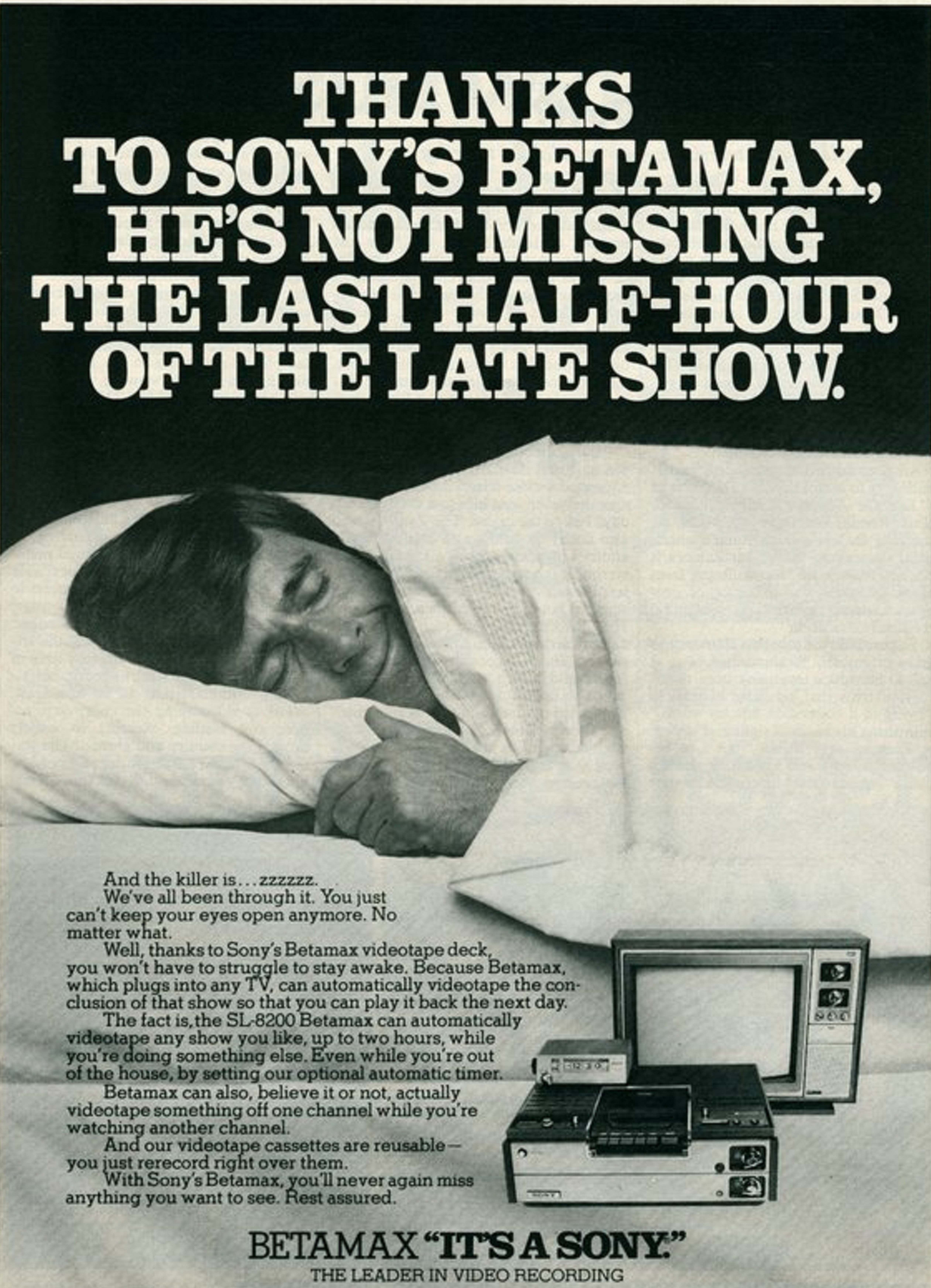 Switching from VHS to Betamax meant that all your pre-recorded movies released by the studios, and all your taped-off-the-air programming would be incompatible. Consumers would have had to ditch everything they had collected and start over from square one.

The Betamax vs. VHS war ended with one clear winner, and it wasn’t Betamax.

Still, it will be a sad day, come March 2016, when Betamax officially enters the “obsolete” column.

Here are some advertisements for Sony Betamax from the 1970s and early 1980s: