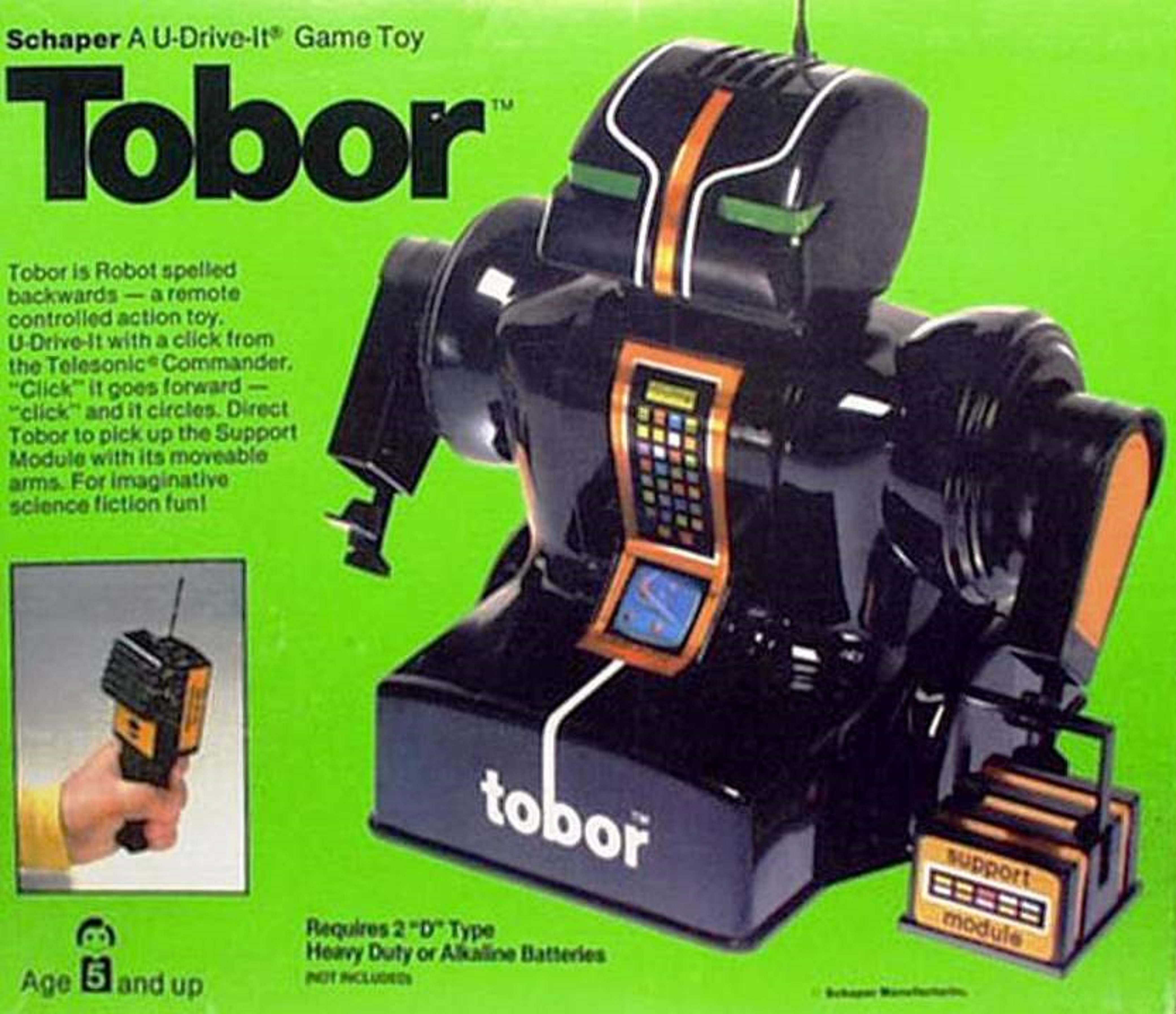 For my generation, Schaper is remembered for masterminding a (now-forgotten?) breakthrough in disco-decade toys that it termed “Telesonics.”

Telesonics, basically, allowed for remote control toys to go wireless. In other words, no connecting wires were necessary to link up toy and remote instrumentation. Today, this may seem like nothing at all, but in 1976, it was a big deal. 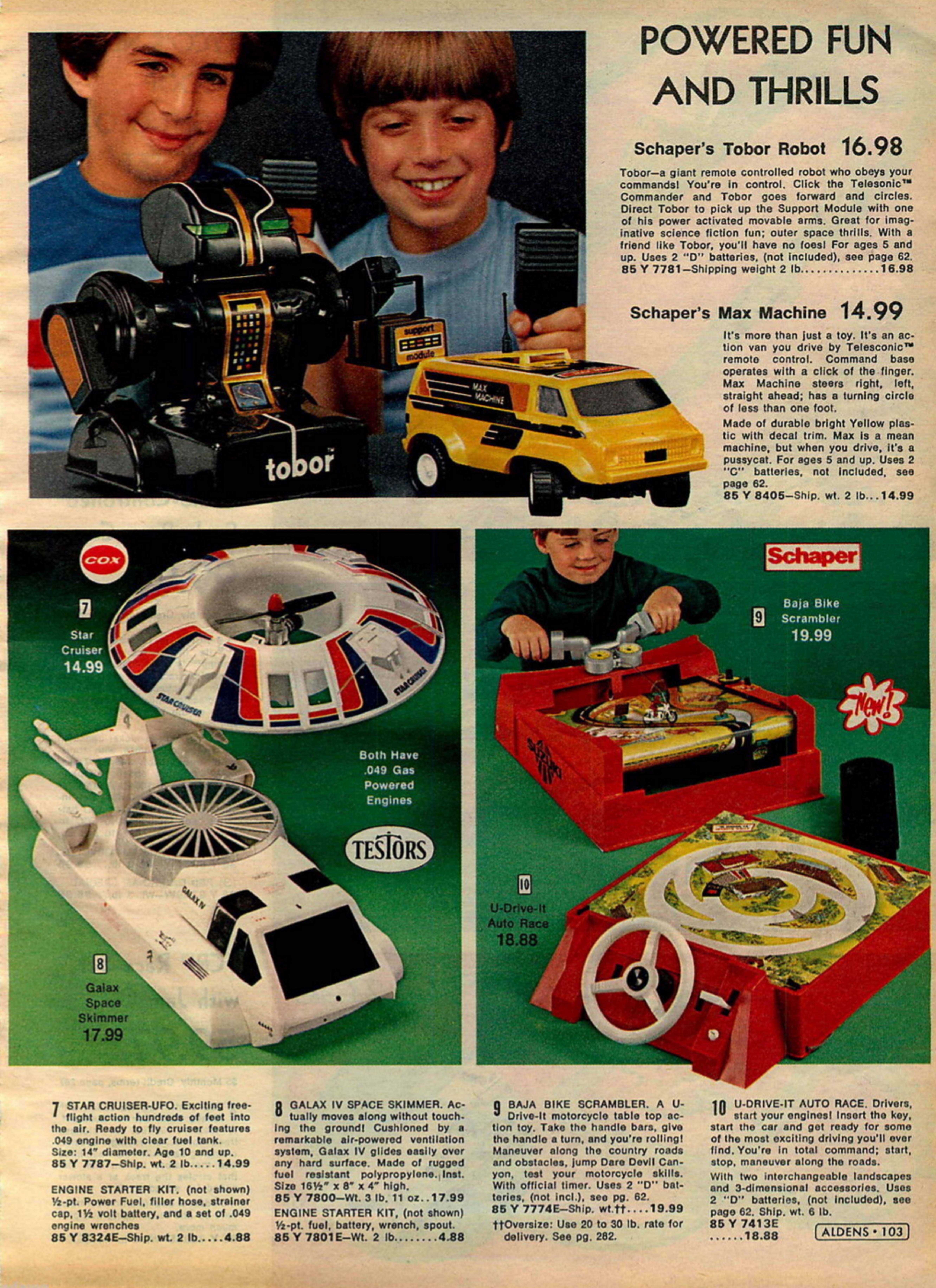 The first was called The Max Machine. Made of “durable bright yellow plastic,” it is essentially a toy van or camper.  This “mean machine” runs on 2 C batteries and is described in promotional materials as more than “just a toy.”

Instead, “it’s an action van you drive by remote control.” 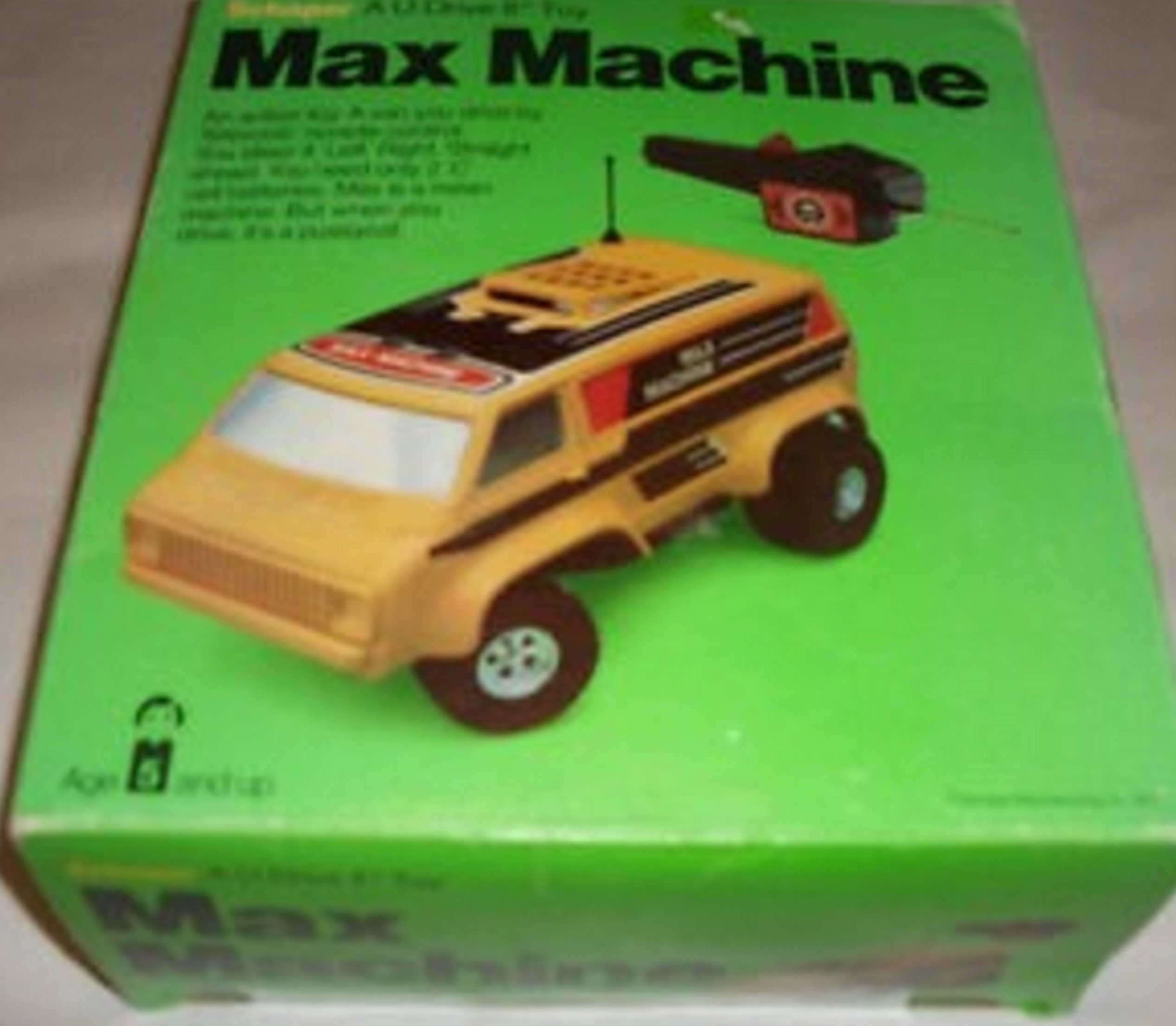 The second Telesonic toy is more up my alley, as a sci-fi Toy lover.

In 1978, Schaper manufactured a robot called Tobor. Tobor is nine-inches tall, runs on 2 D batteries, and can use his spring-activated hands to pick up a “support module.”  The Telesonic system allows for easy communication between the “command base” (remote control) and the robot.

Tobor (robot backwards, in case you hadn’t noticed) is described in the advertising as “great for imaginative science fiction fans; outer space thrills.”  The ad closes with the thought that “with a friend like Tobor, you’ll have no foes.”

Below, a TV commercial for this robot and the unit’s “U-Drive-It” telesonics: