In the early 1980s, Anita Corbin took photos of young women dressed in the garb of their favoured youth tribe. The girls were shot in pairs, forming duets to friendship, fashion, fun and sisterhood, embodiments of that exhilarating sense of being young, in the know, in yer face and loving it.

Anita’s inspirational photographs weren’t of High Fashion uniforms in that year’s colour made for the connected and wealthy to wear at the ambassador’s party and behind the VIP rope at a starry do; they were about authentic expressions of identity worn in places where entry is free. 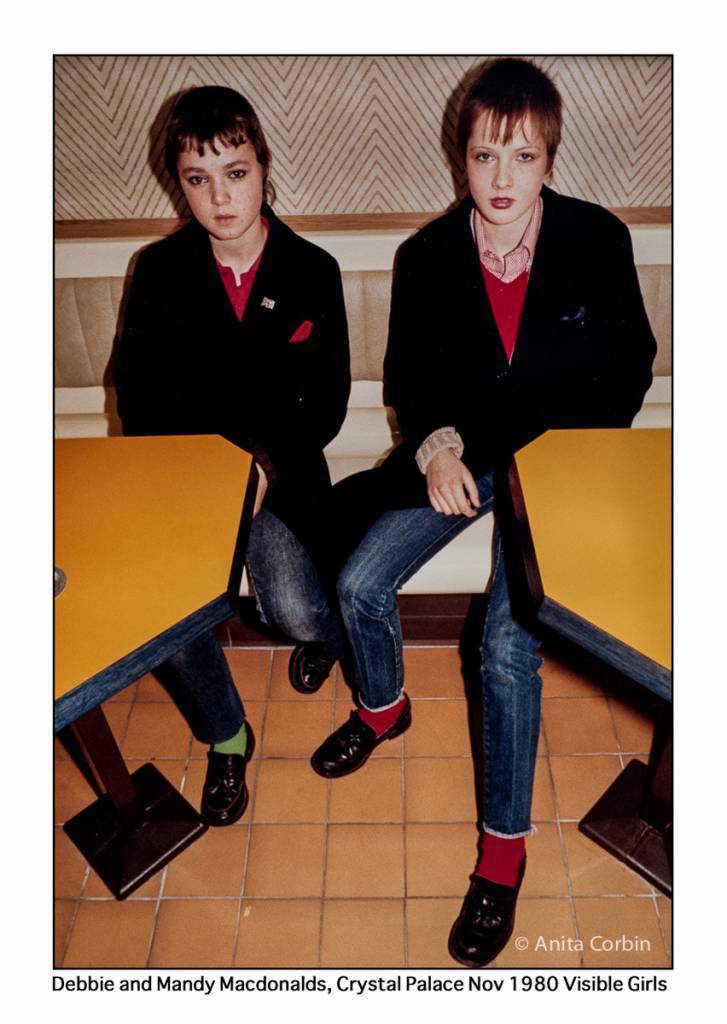 In the literature for her first exhibition of Visible Girls, Anita notes:

In this project I turned my attention to more personal visual details and I became increasingly interested in the effect appearances have on everybody’s lives. The way we use dress as a means of communication/identification and how it can both inform and misinform us. I have chosen to focus on girls, not the boys (where present) were any less stylish, but because girls in ‘subcultures’ have been largely ignored or when referred to, only as male appendages. 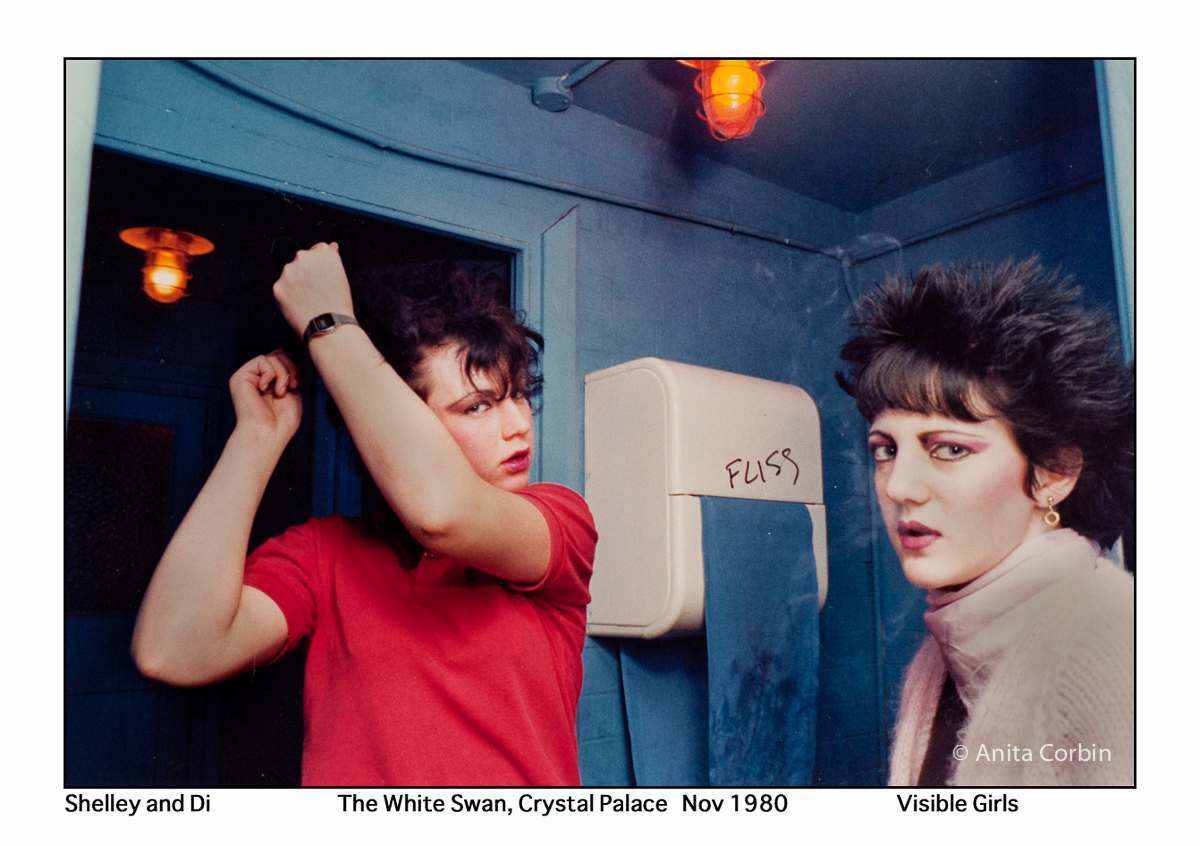 The female as an extra to the main show is hackneyed and rife – see the gang member’s watery girlfriend who tags along with the lads just to be with her dream boat man; the feisty female who, like George in Enid Blyton’s Famous Five, is a boy in everything but common sense, empathy and an intrinsic knowledge of when the violence should end; she’s the shaggable lead singer in the all-boy band; and so on and on. Does anything ever change? I asked Anita for a few words on today’s youth tribes, such as they are. I guess the most prevalent sub-culture today is the Hipster – and it’s dominated by men. The men are ‘Hipsters’, whilst the women are ‘Hipsters girls’. It’s all wrapped not in rebellion and otherness, but in that vapid corporate field of study called ‘street style’. 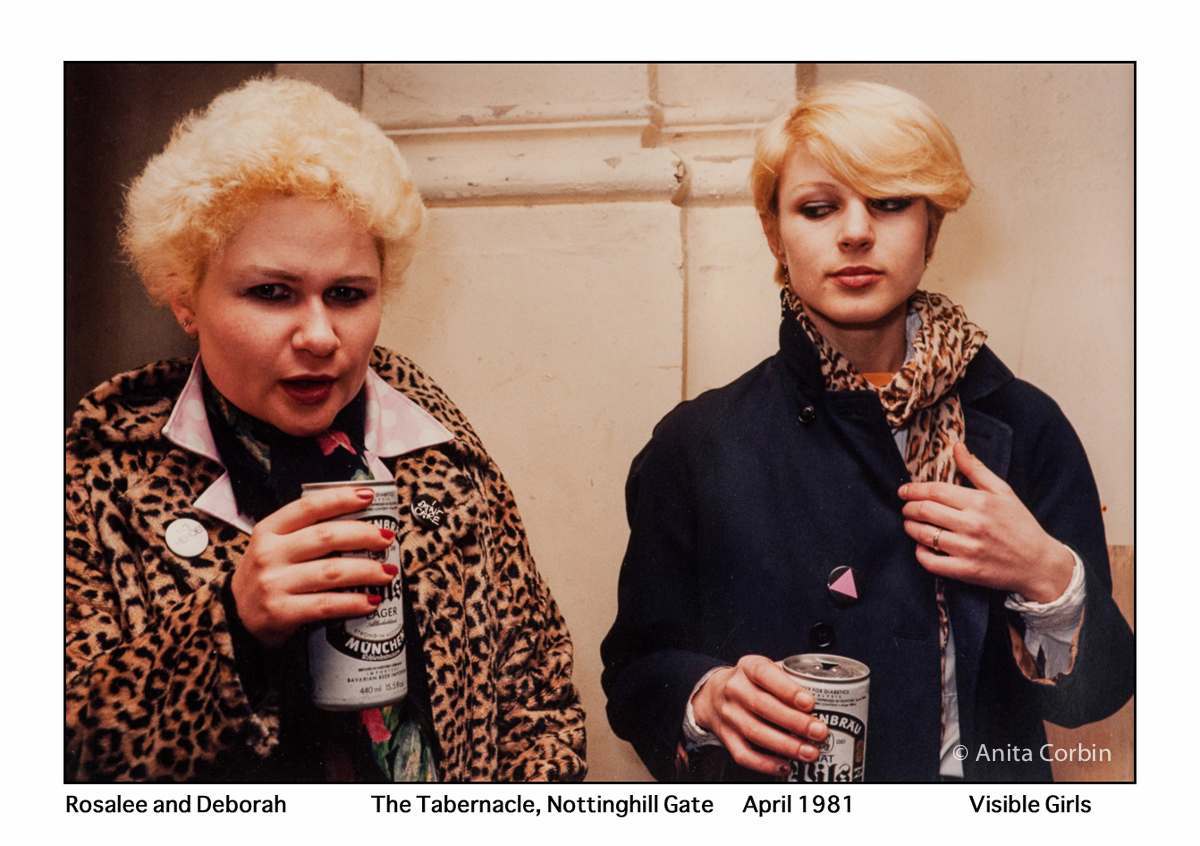 “In response to that quote – nothing’s changed really! You’re correct, it appears in many ways you’re not a hipster in your own right as a female. That said, for today’s youth, gender is becoming less and less relevant – most obvious in how sexual preference is so much less of an issue. Ok – young women may be adopting a male look (like the hipster) but perhaps that’s not because they are being sidelined but because that simply happens to be the look – and they choose to wear it as a woman. Maybe they don’t feel they have sacrificed their female identity? Maybe that’s just an assumption we make because the look is more traditionally male? Rather like the skins of 1980s – they were no less women by putting their braces over their boobs and shaving their heads.

“However, subcultures arise from precisely that: culture – ie music, ideas and politics – mainly revolutionary ones. The ‘look’ is shaped by the frontrunners and there are still now rarely women leading the charge so the women have to adopt the men’s image. Plus modern music and politics are not as revolutionary as they were – subcultures were more extreme and prescriptive 30 years ago. Now you can be a feminist and shave your armpits and wear high heels.

“You can move more easily between groups too – subcultures are not so defined. And much more materially focused now too – your look is more about how Instagram-able and youtube-able it is!

“Modern tribes are more about interacting with the media than with other people in their ‘tribe’. Subcultures are not subversive any more! We don’t have a need to be non-conformist because society is more liberal. So perhaps dressing in a certain ‘look’ is more about commercial fashion than actively choosing to be an ‘outsider’?

“Today’s youth tribes are generally seen at their most undiluted at festivals than on the street or in the clubs. Women are perhaps more at the forefront in fashion subcultures – rather than music/political where men still rule the roost.”

It’s often said that women are set up to do each other down, ‘getting their claws out’, ‘bitching’ and being ‘catty’ whenever another woman hones into view.  The subjects of Anita’s pictures are confident and at ease, each generously supporting the other and seeing in her a kindred spirit and partner. They look great. And if you hang around long enough, you’ll see the ‘cool’ kids wearing their fashions next year… 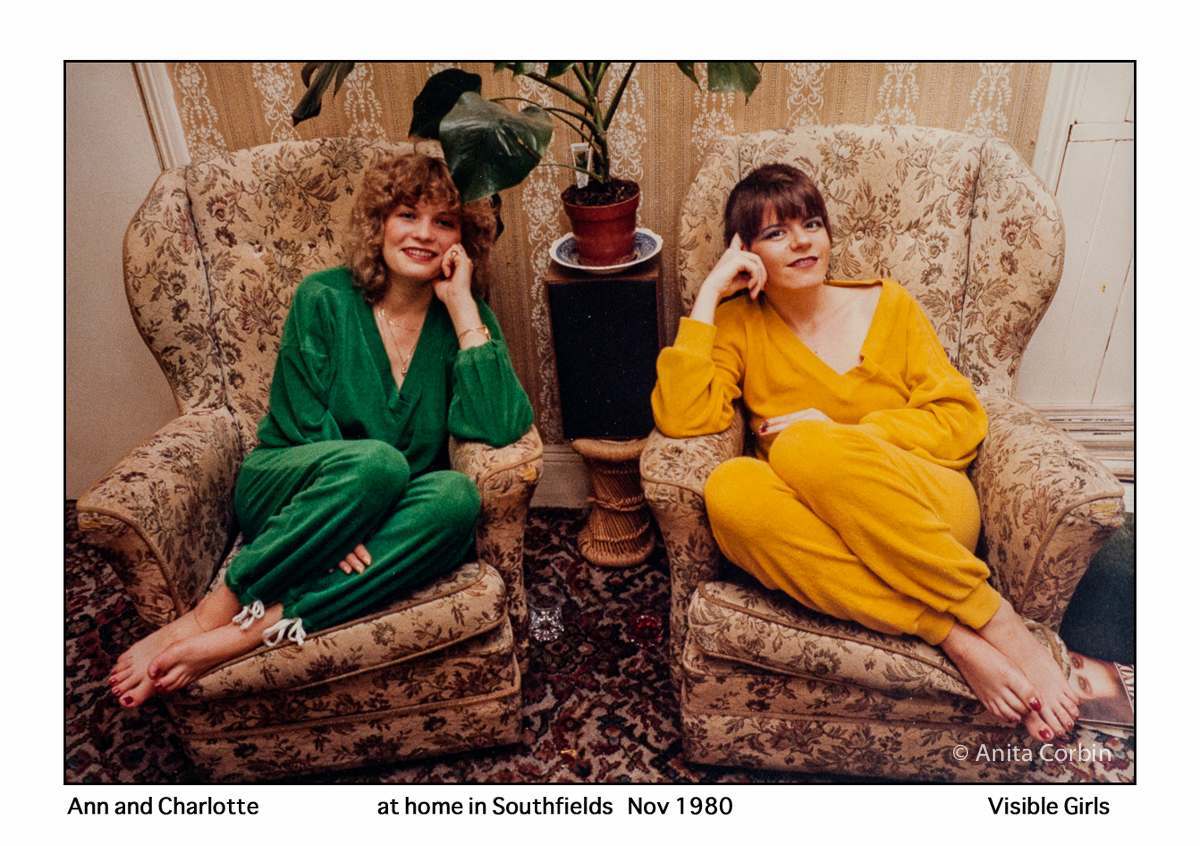 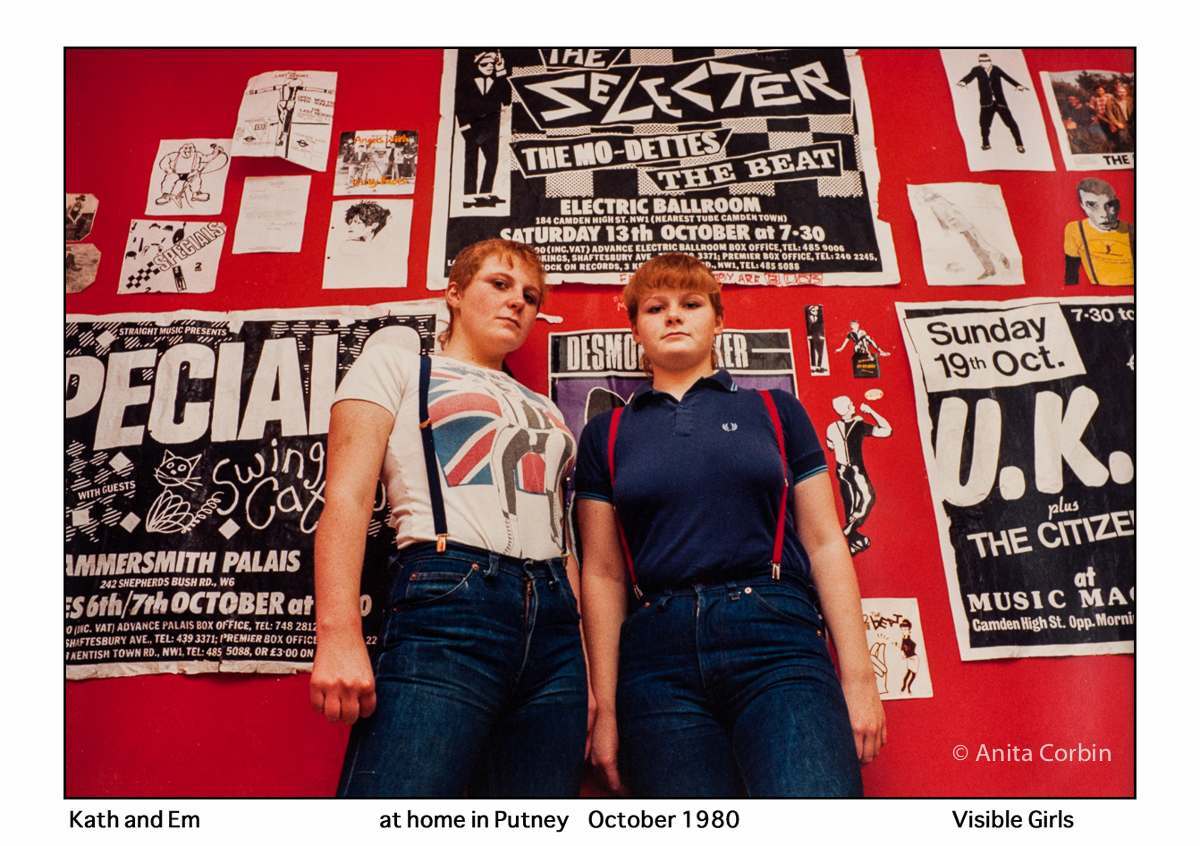 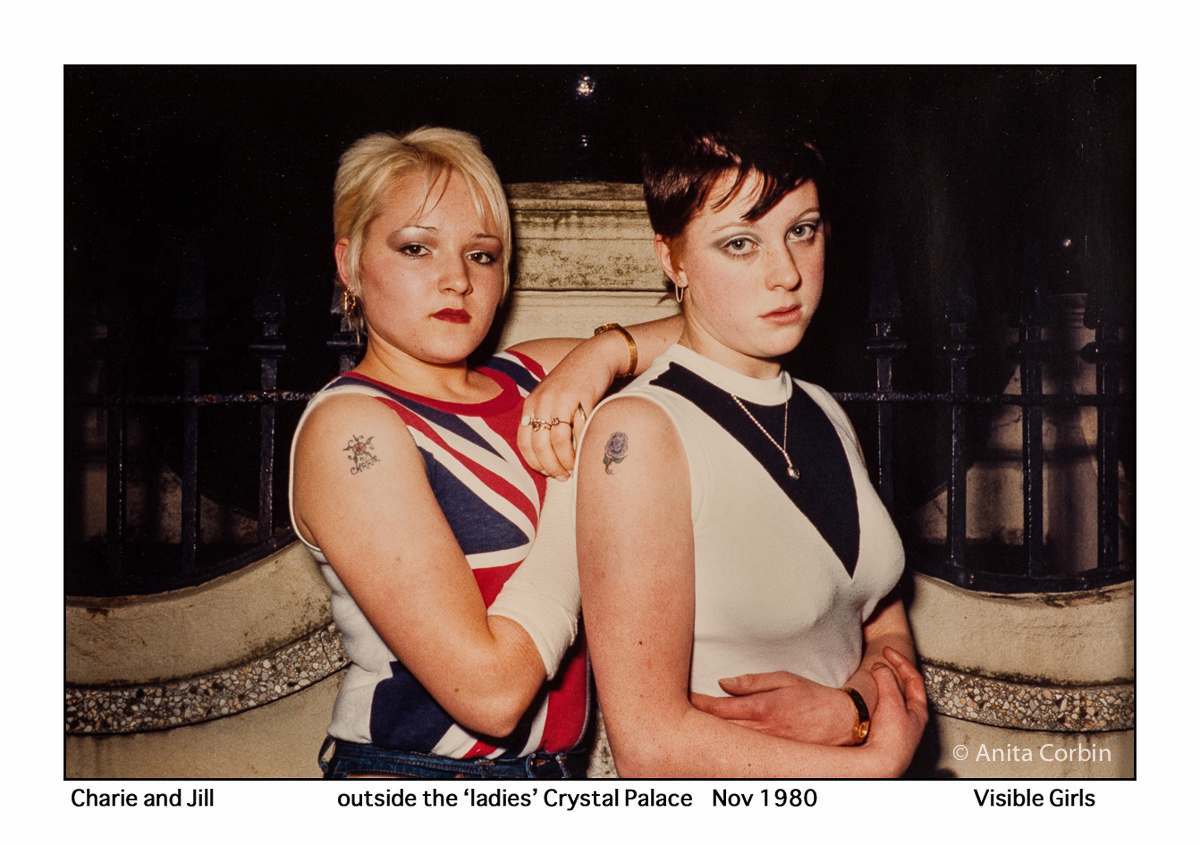 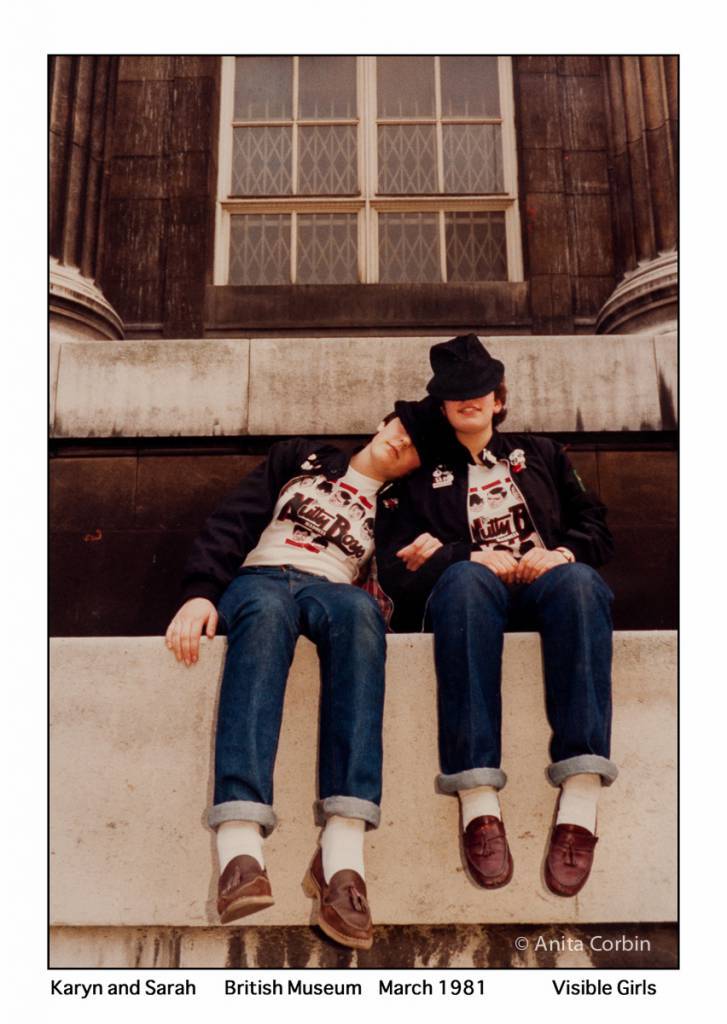 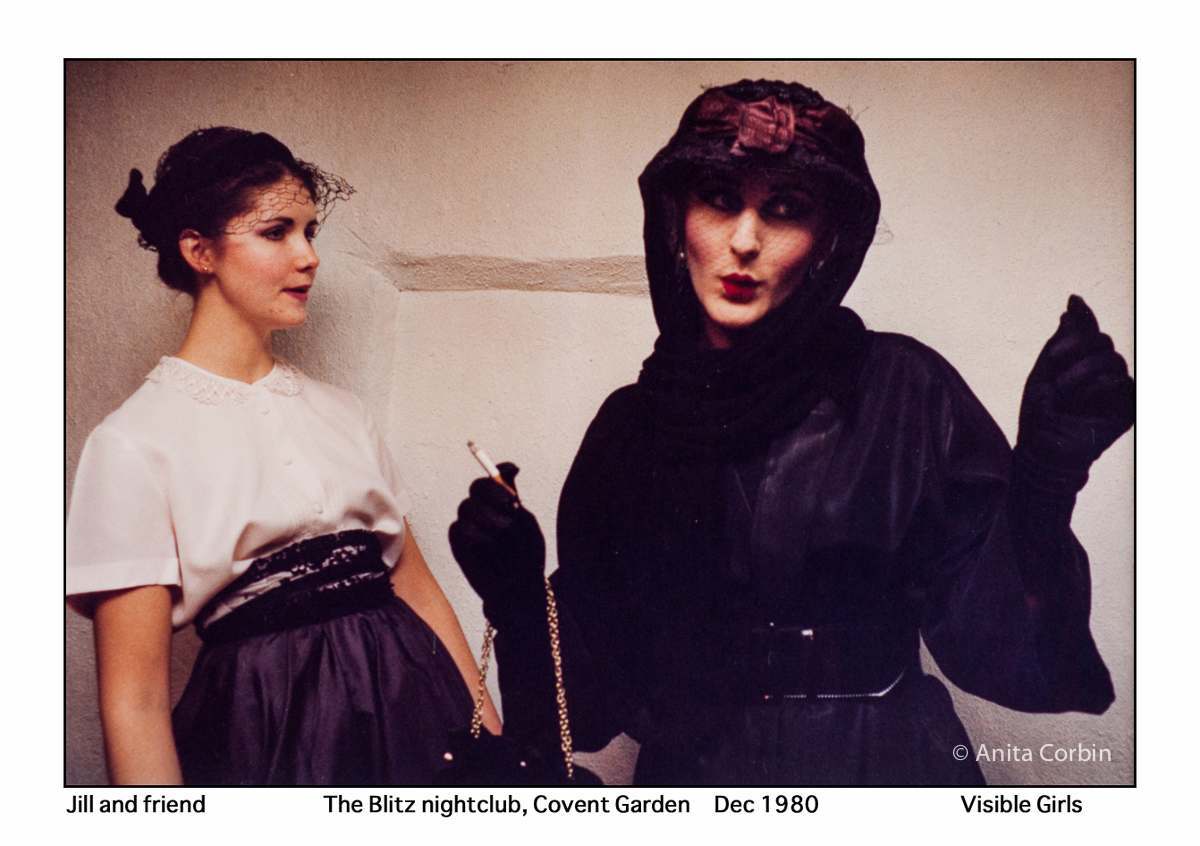 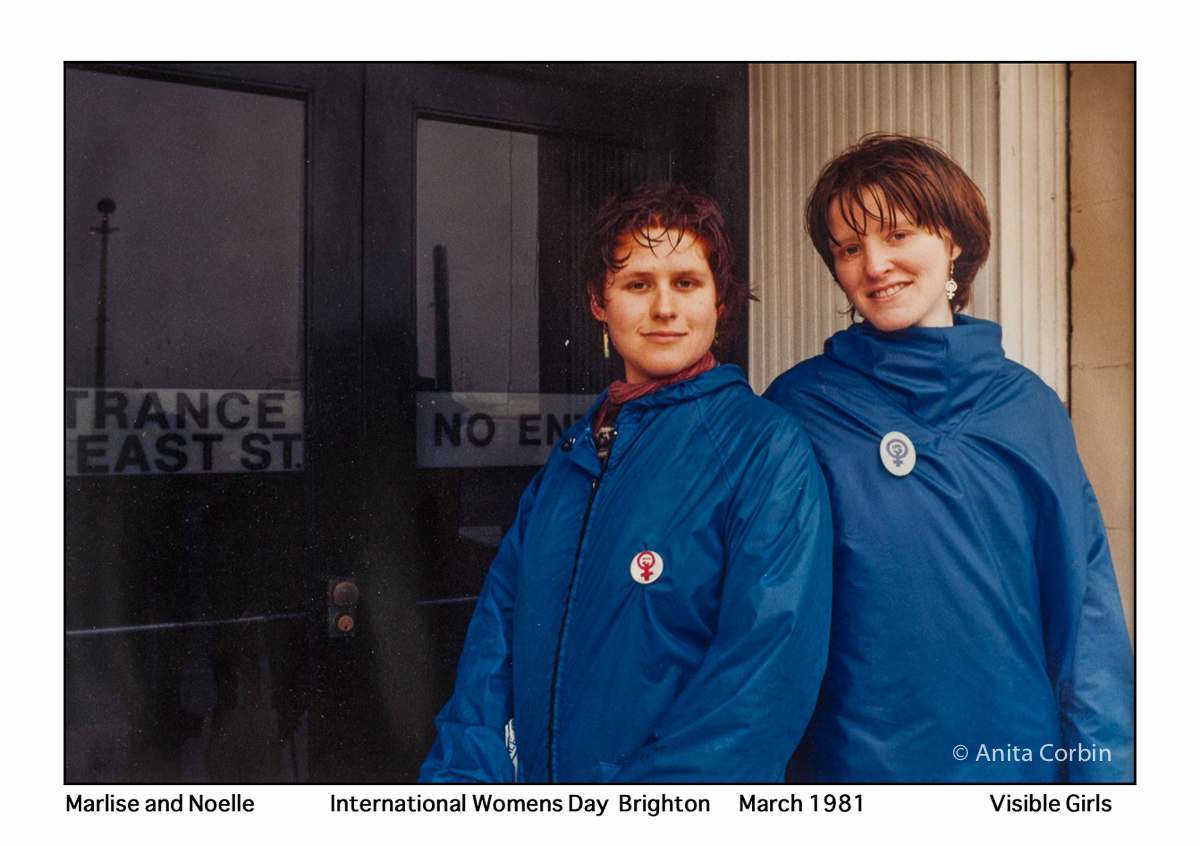 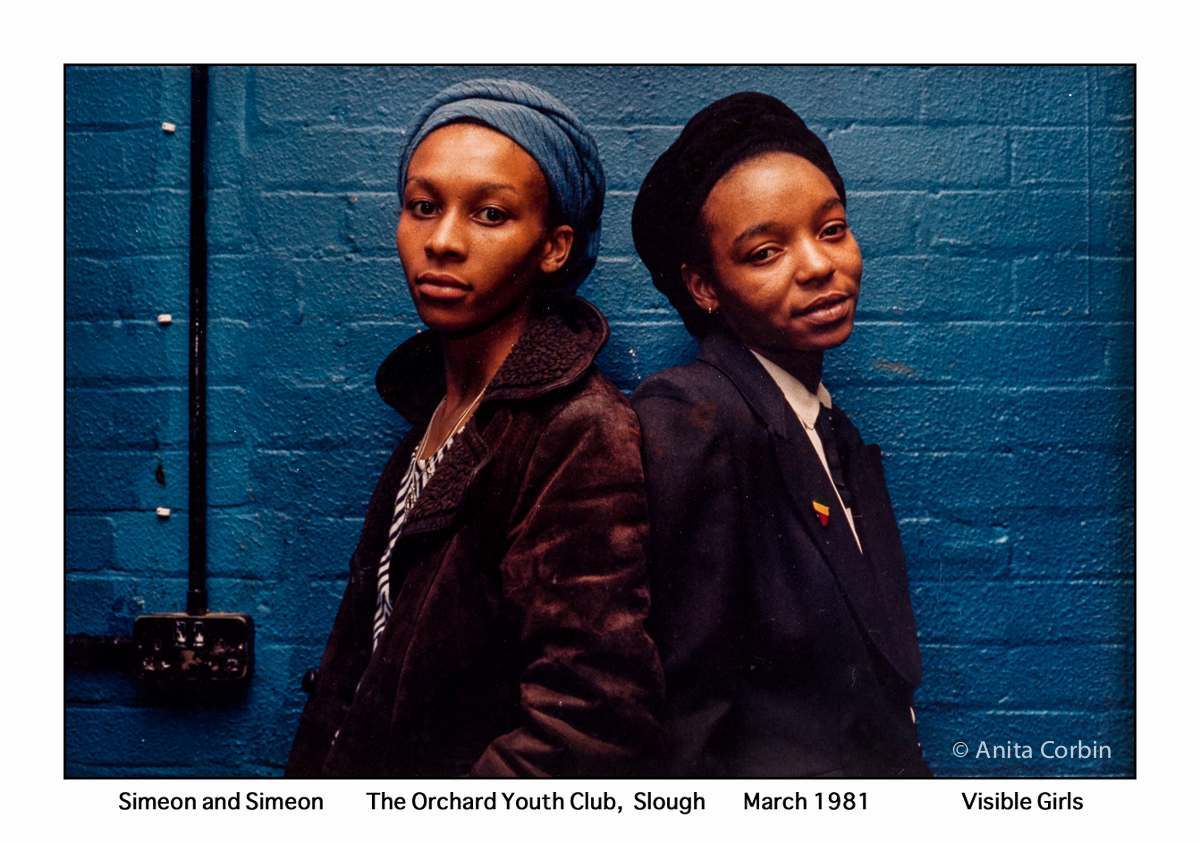 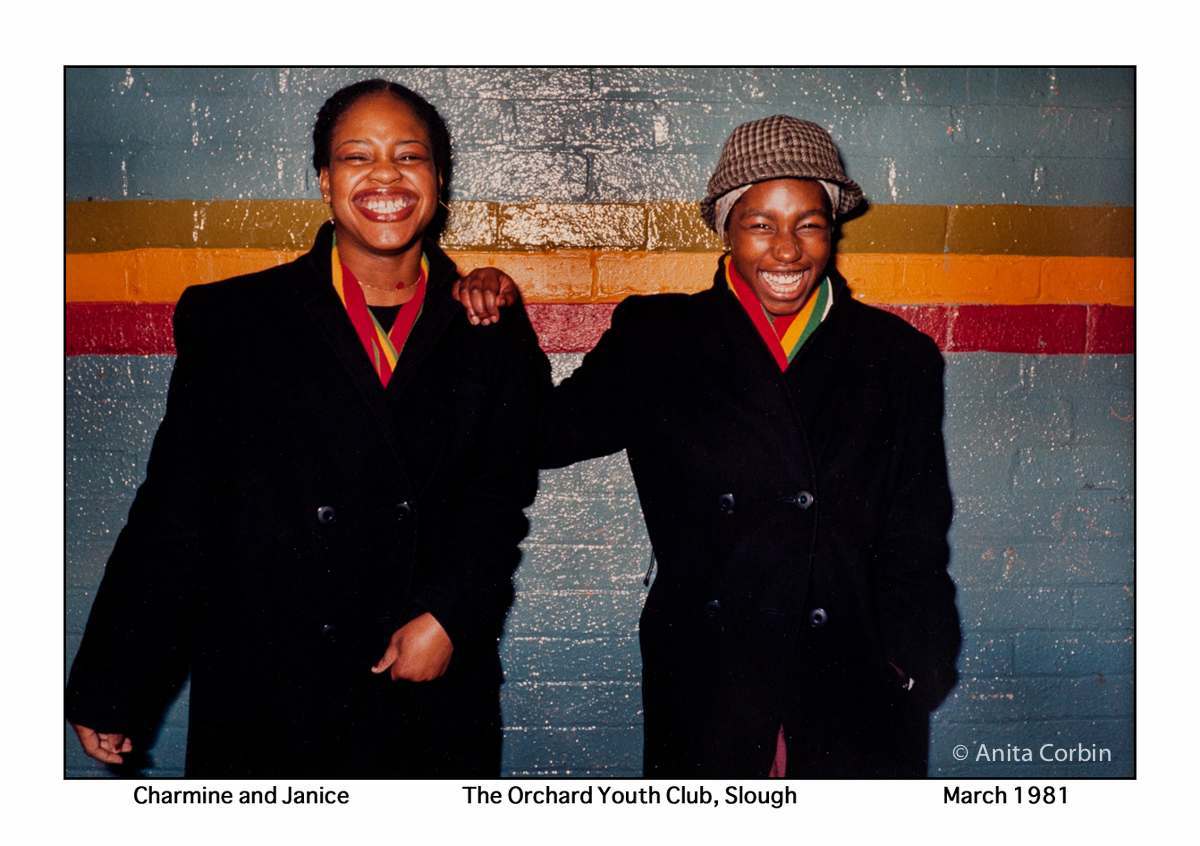 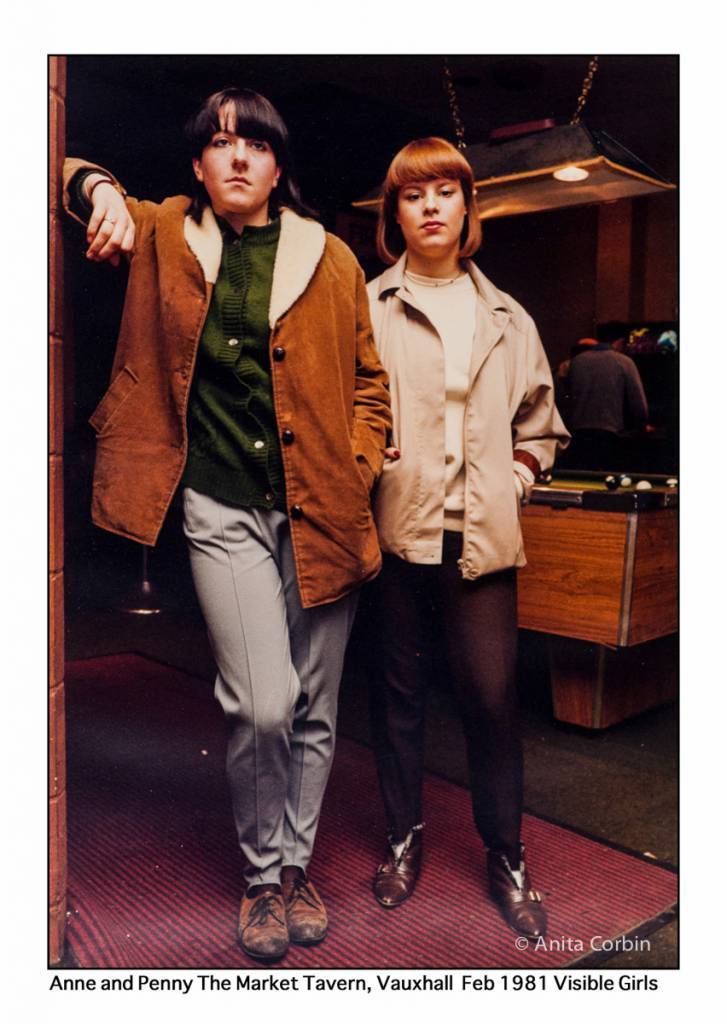 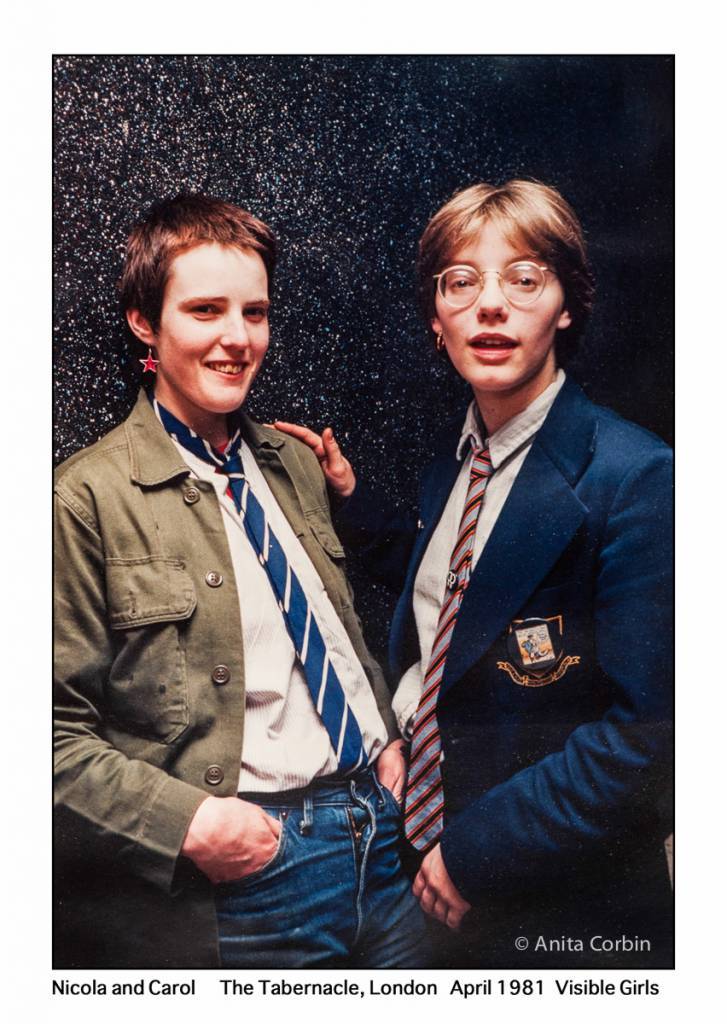 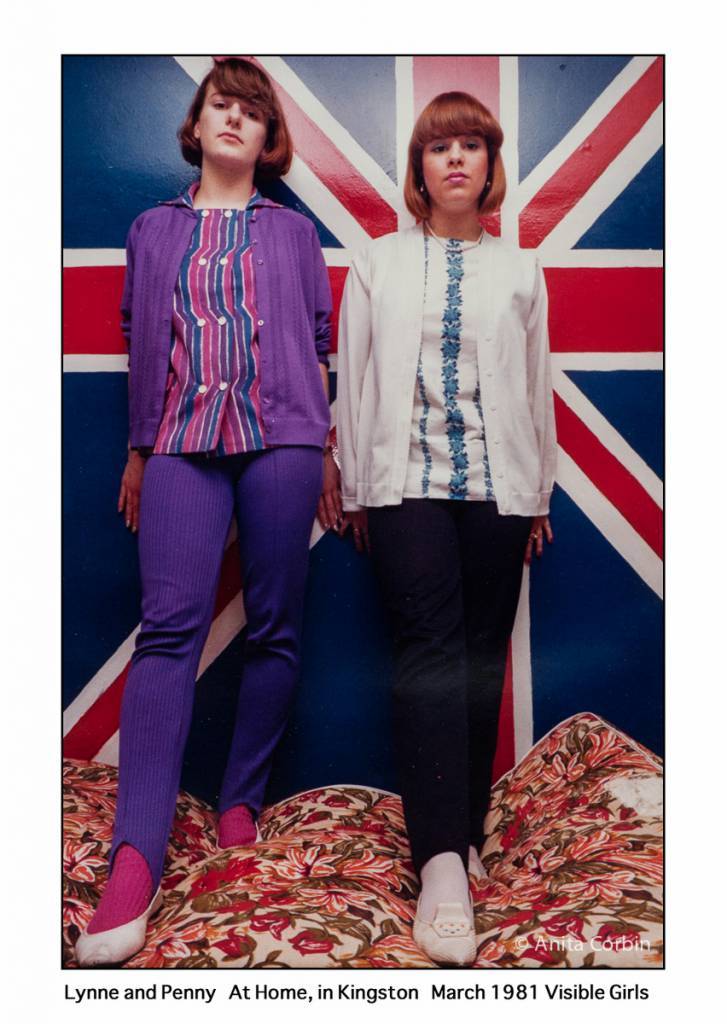 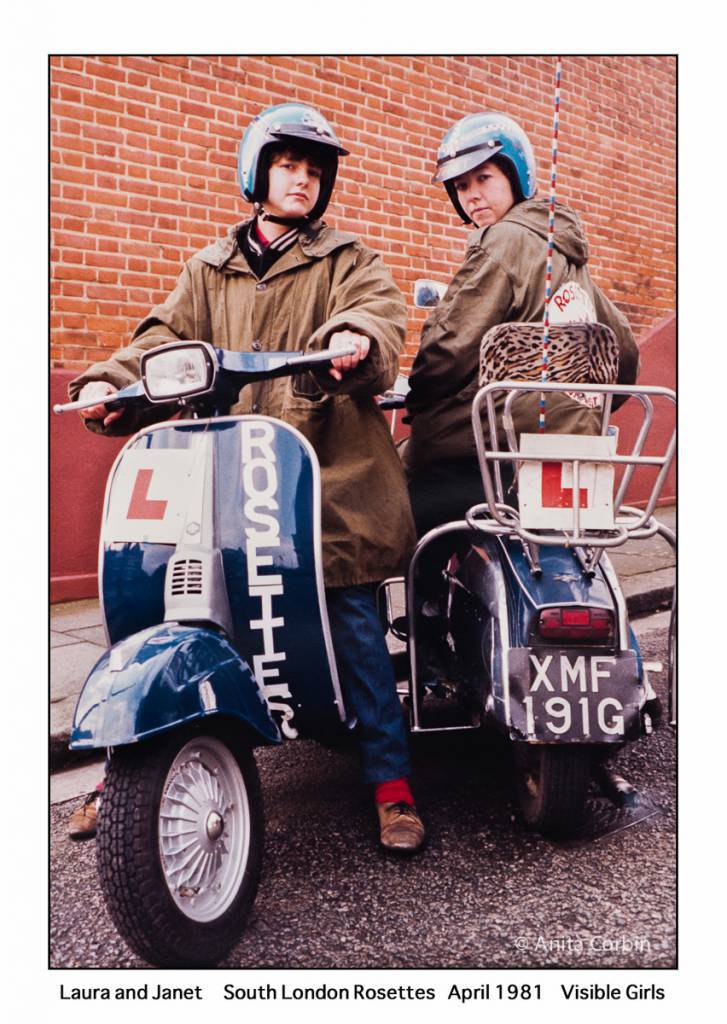 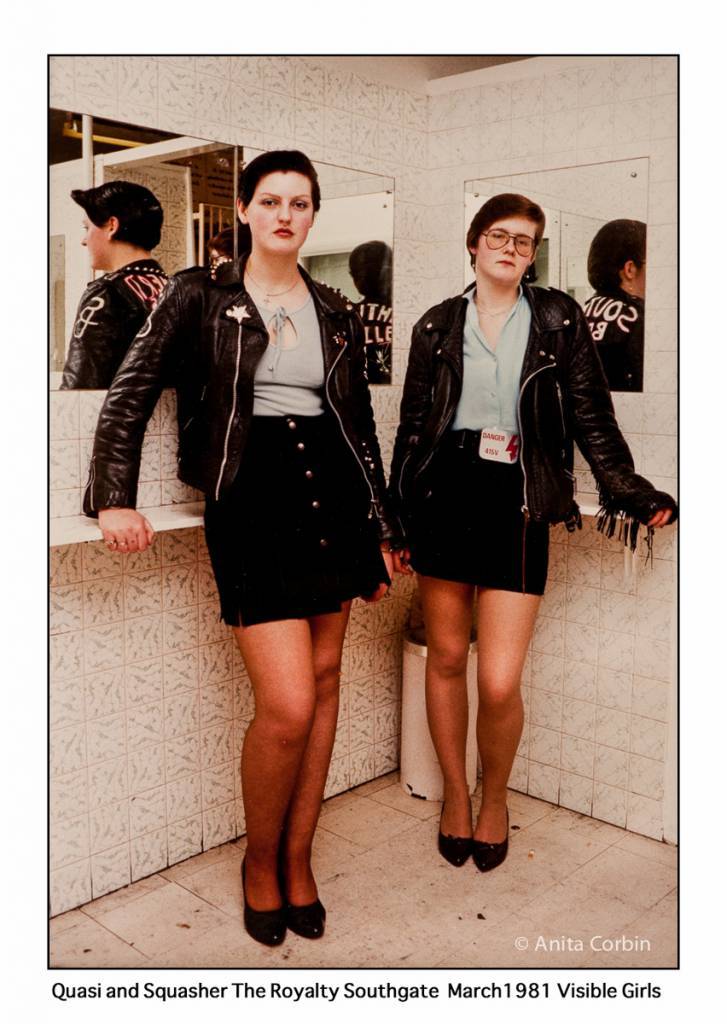 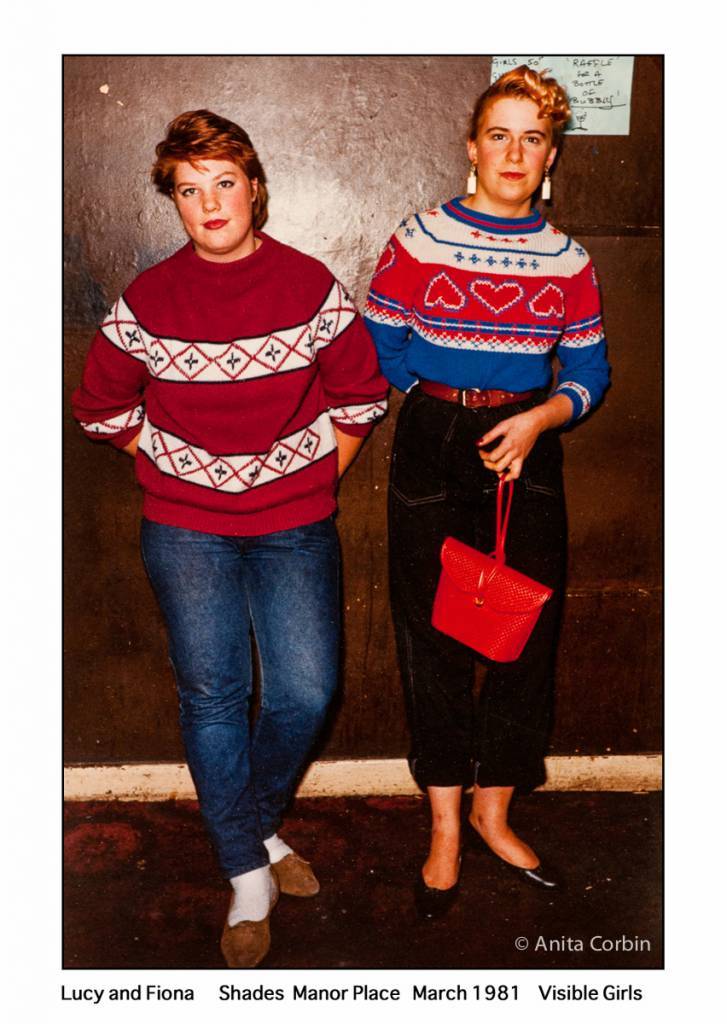 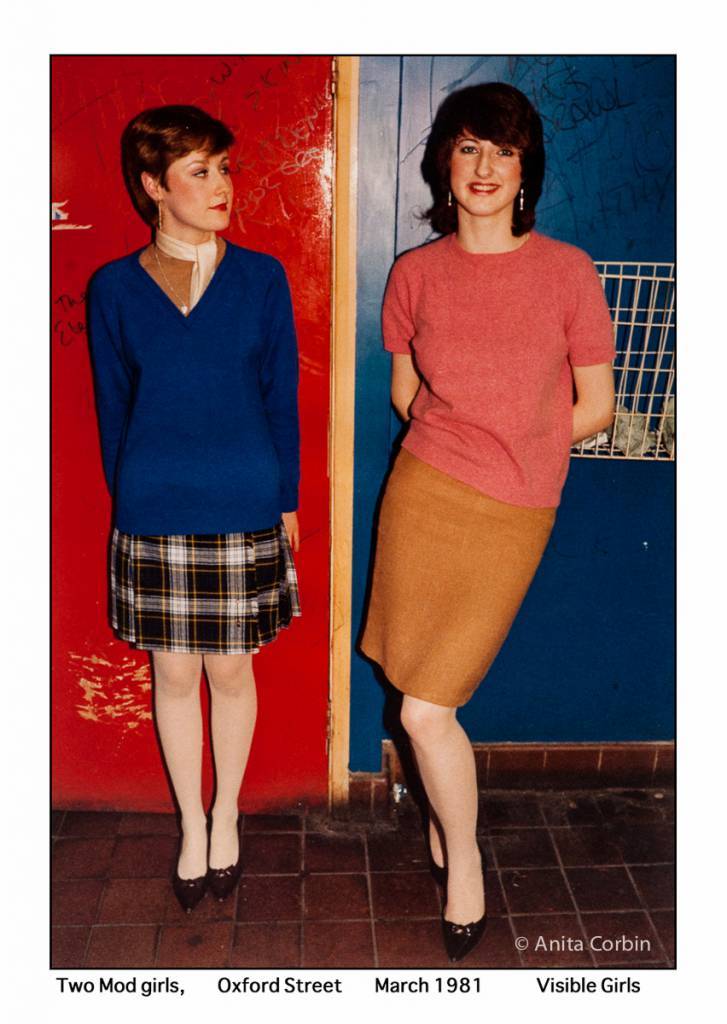 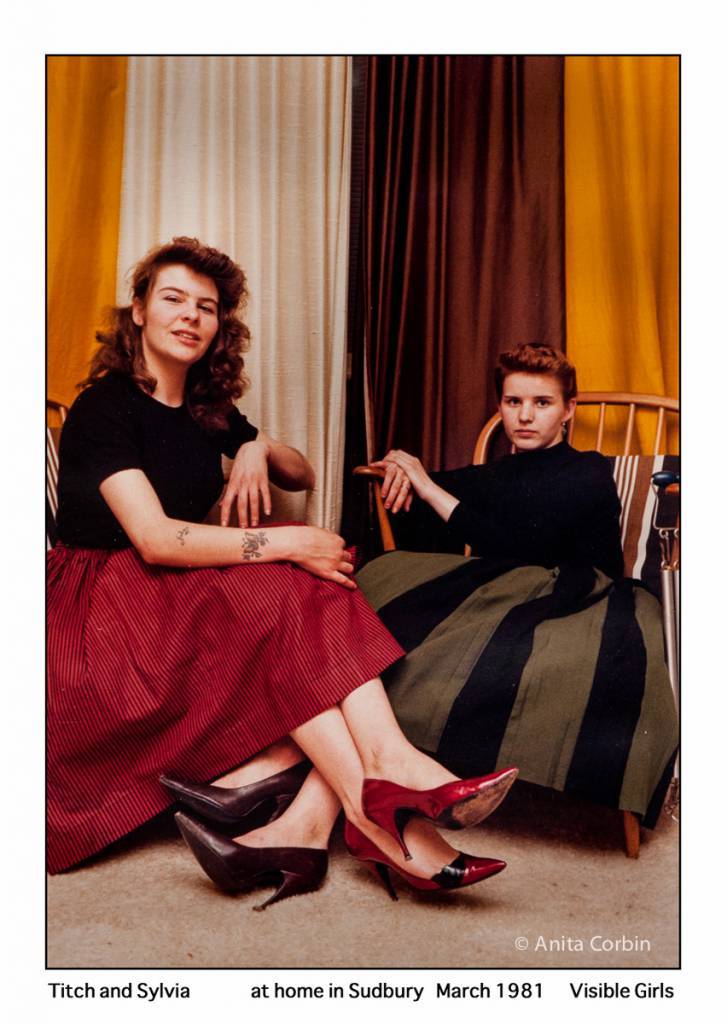