Below are mid-Century postcards from American motels and hotels, single or two-storey brick boxes with holes and neon signage. Taking in rooms in Wyoming, New York, Rhode Island, California, Kentucky, Pennsylvania, Washington, Utah, Tennessee and Massachusetts the postcards’ composition is formulaic. You see the bed and the TV, decide which was designed around which; and then you notice the fascinating decor.

To you Prada wearing urbanites living in wipe-clean steel and glass cities, hybrids of Dubai and Des Moins, the rooms look retro and hackneyed. But they are each striving to be unique. Hotel chains have their good points. You know what to expect. There are unlikely to be hidden cameras over your bed and gingivitic waiters who think Psycho’s a documentary. Alien hairs in the soap are negated by bottled gels. But at these small business ventures, someone chose those curtains, the fabric and the patterns. And they thought it all looked the bee’s knees. 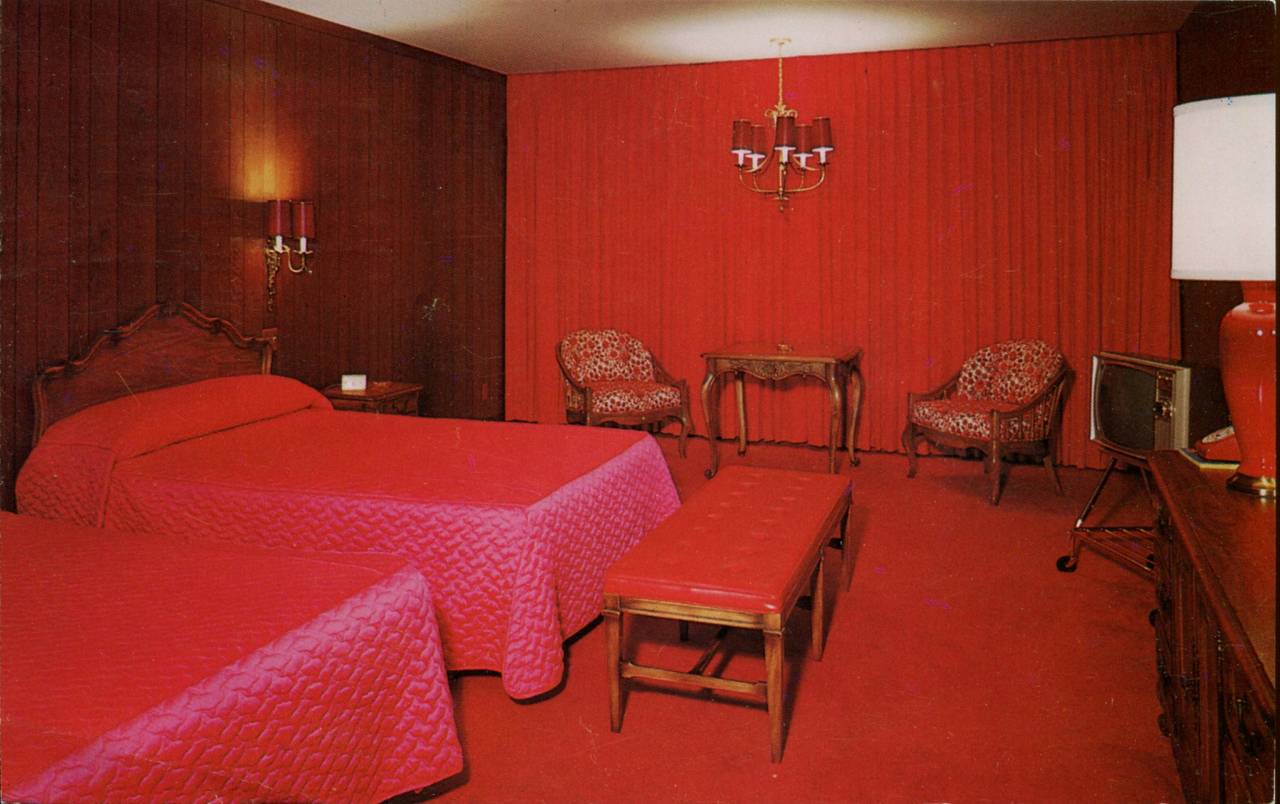 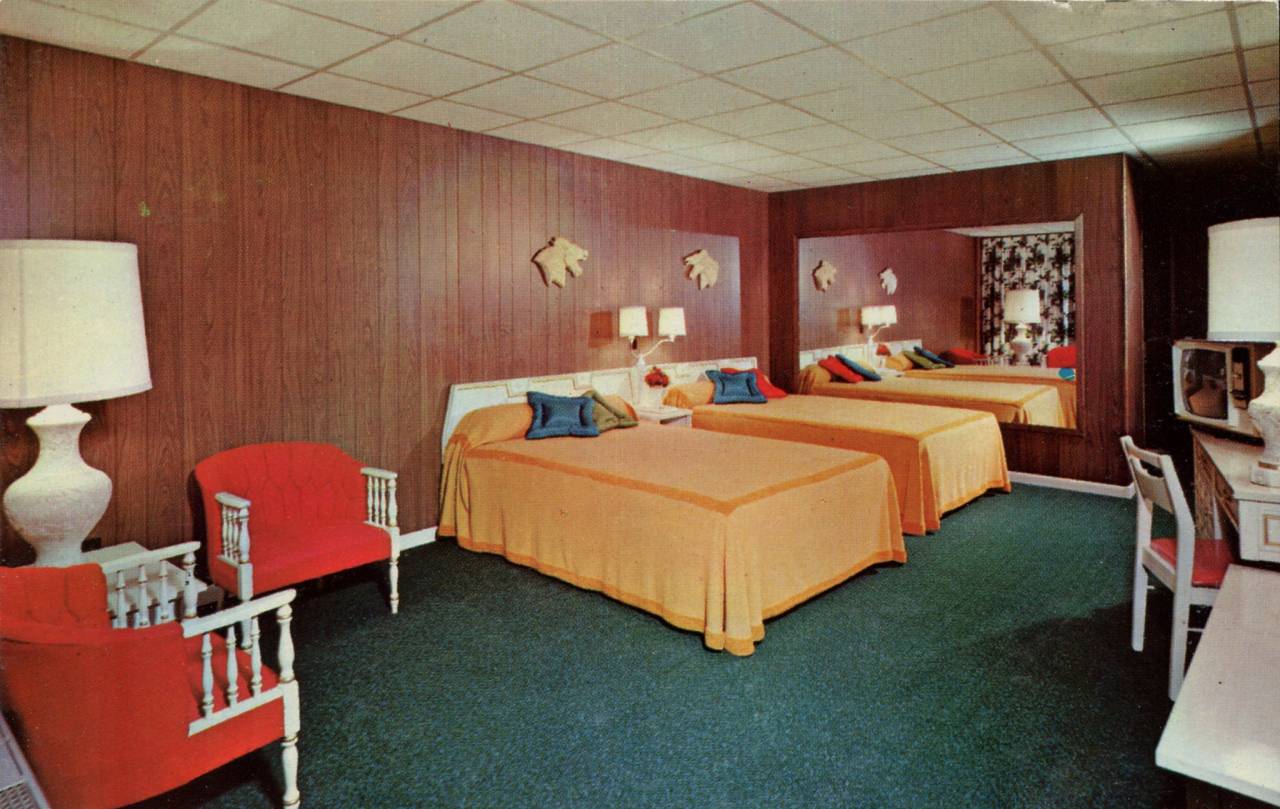 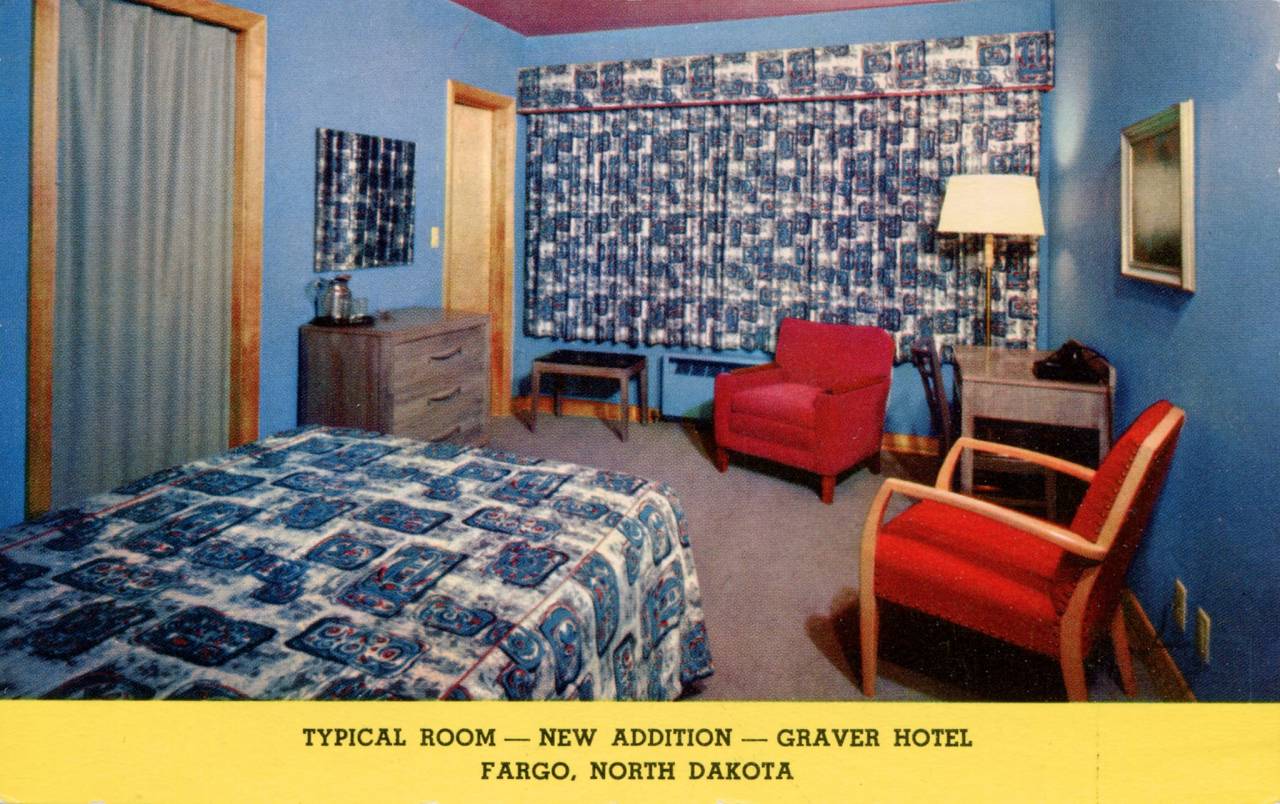 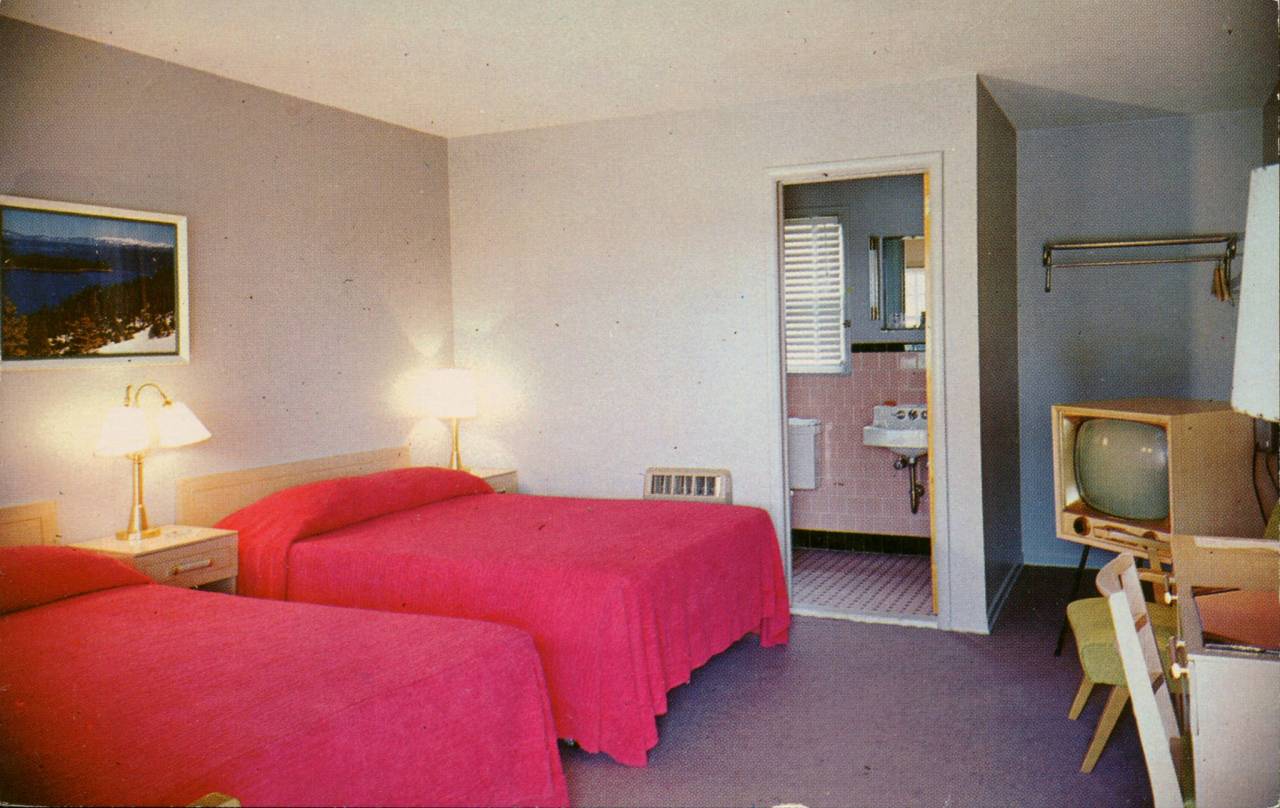 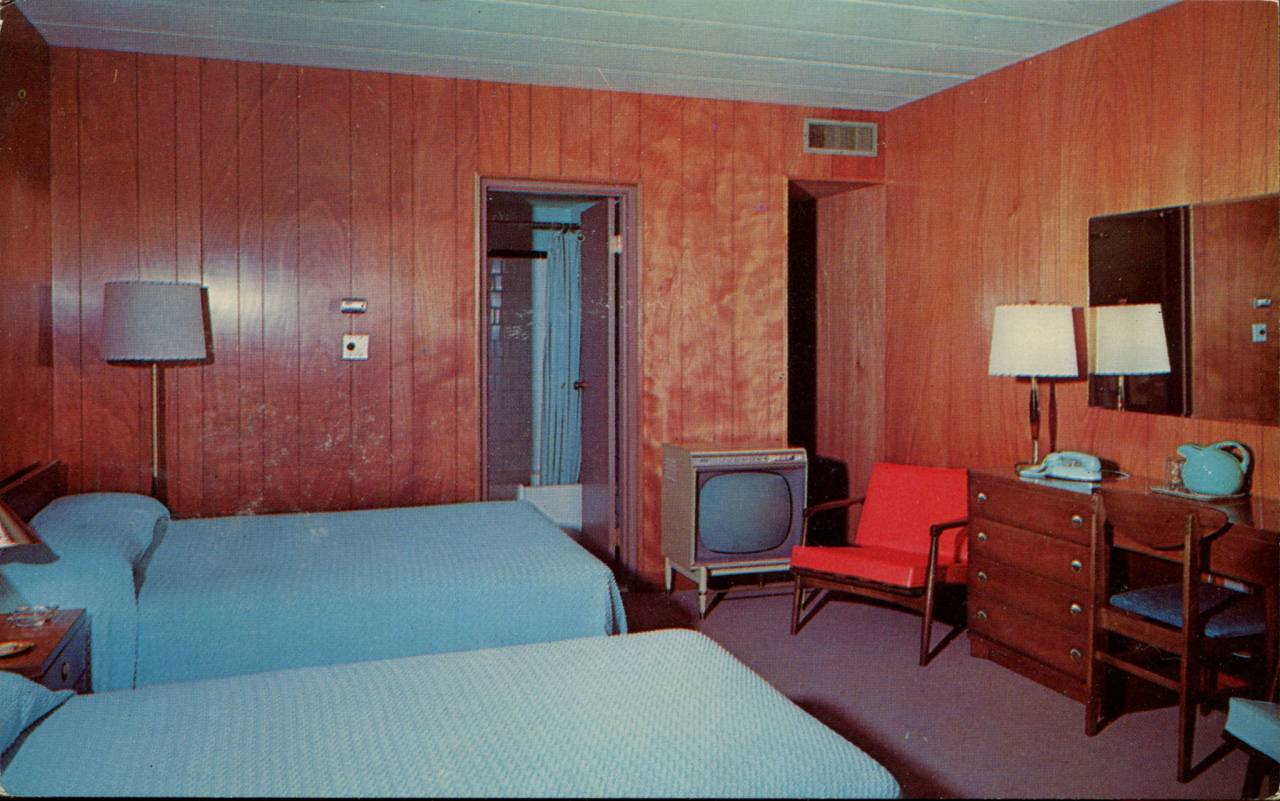 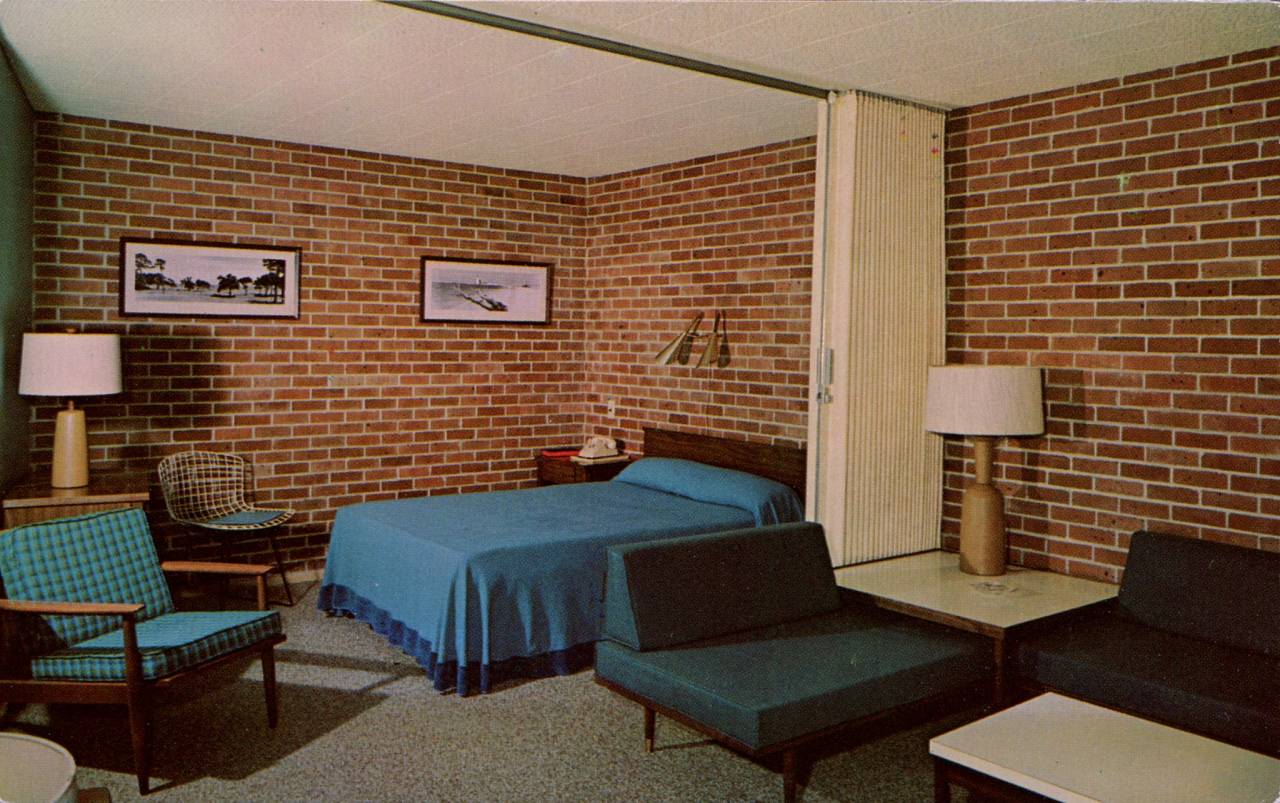 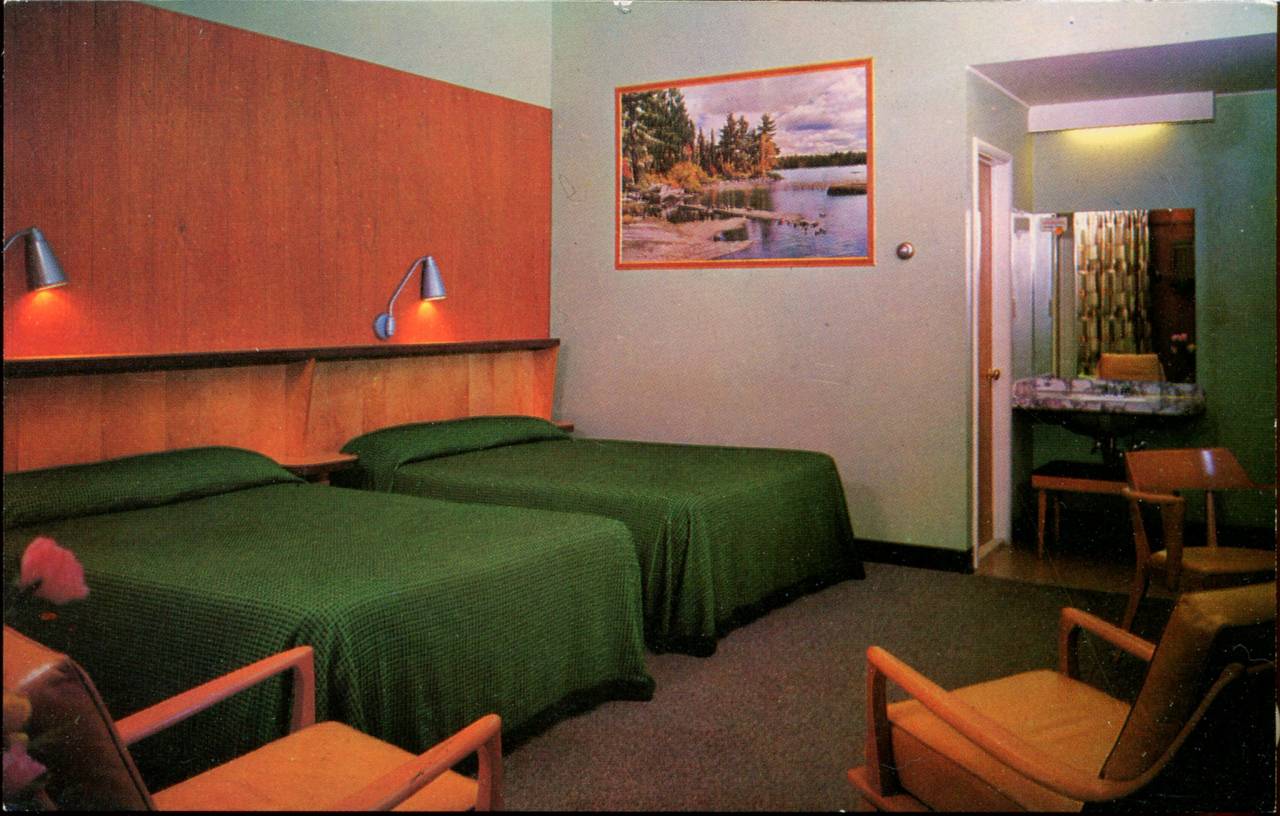 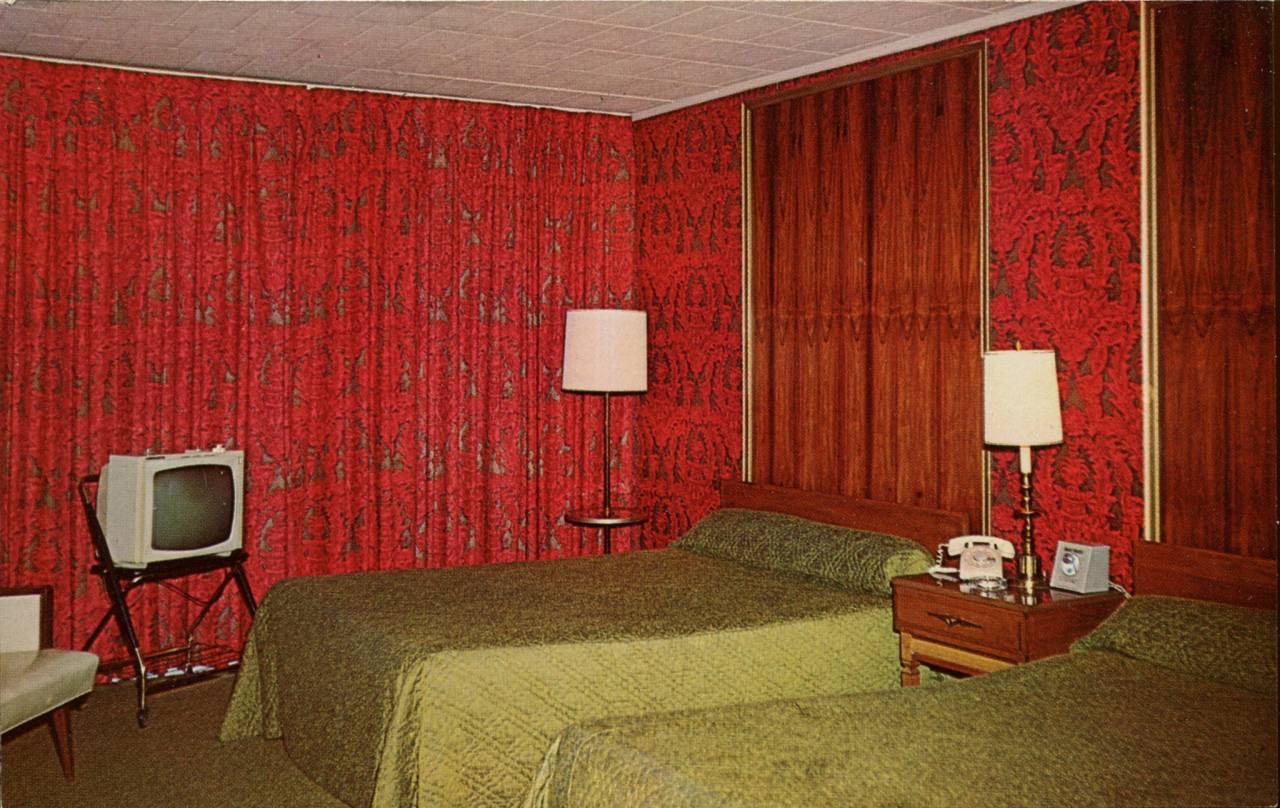 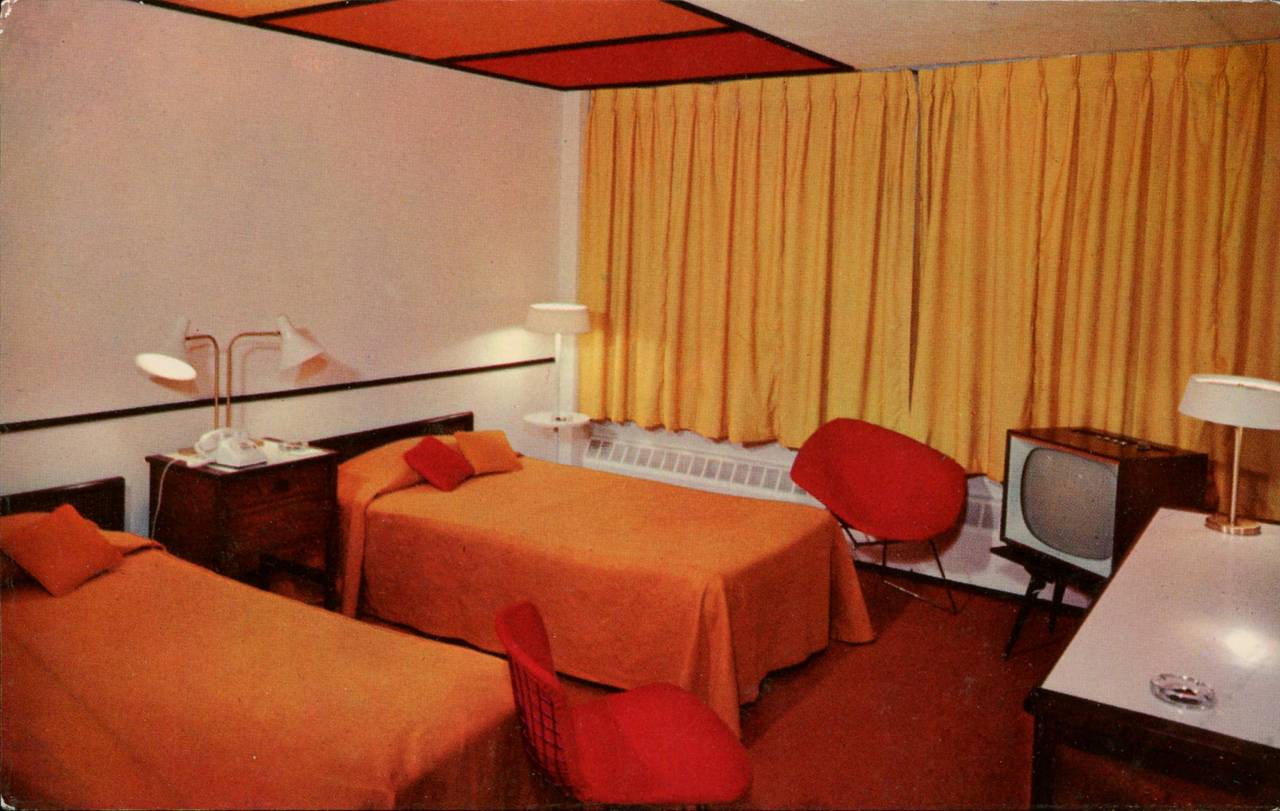 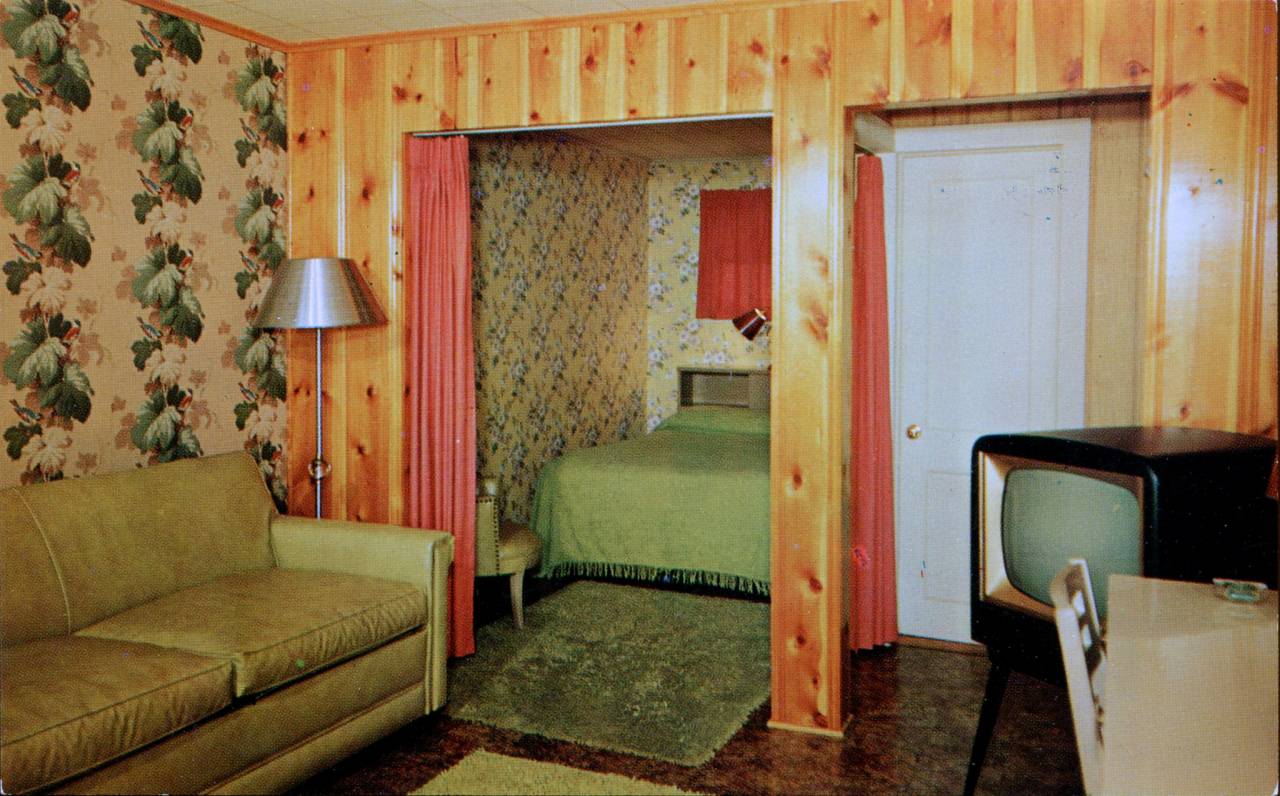 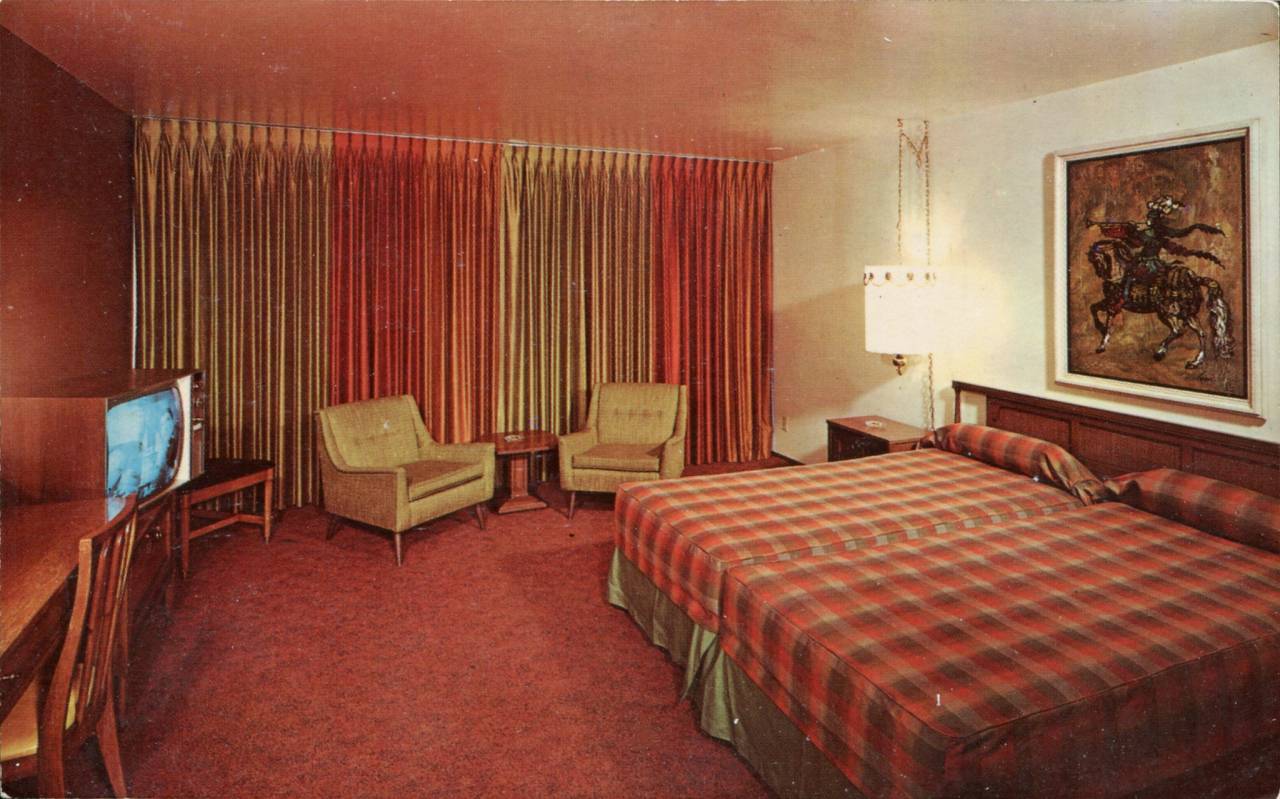 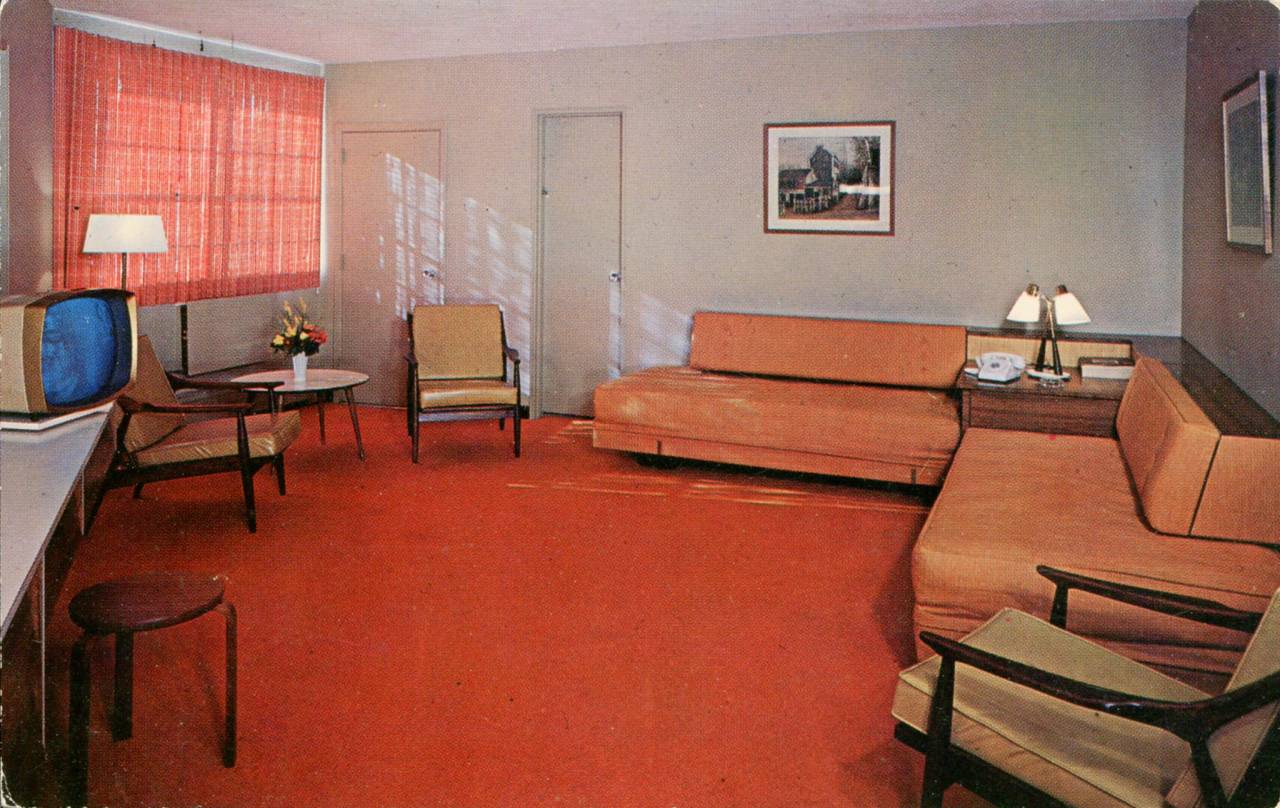 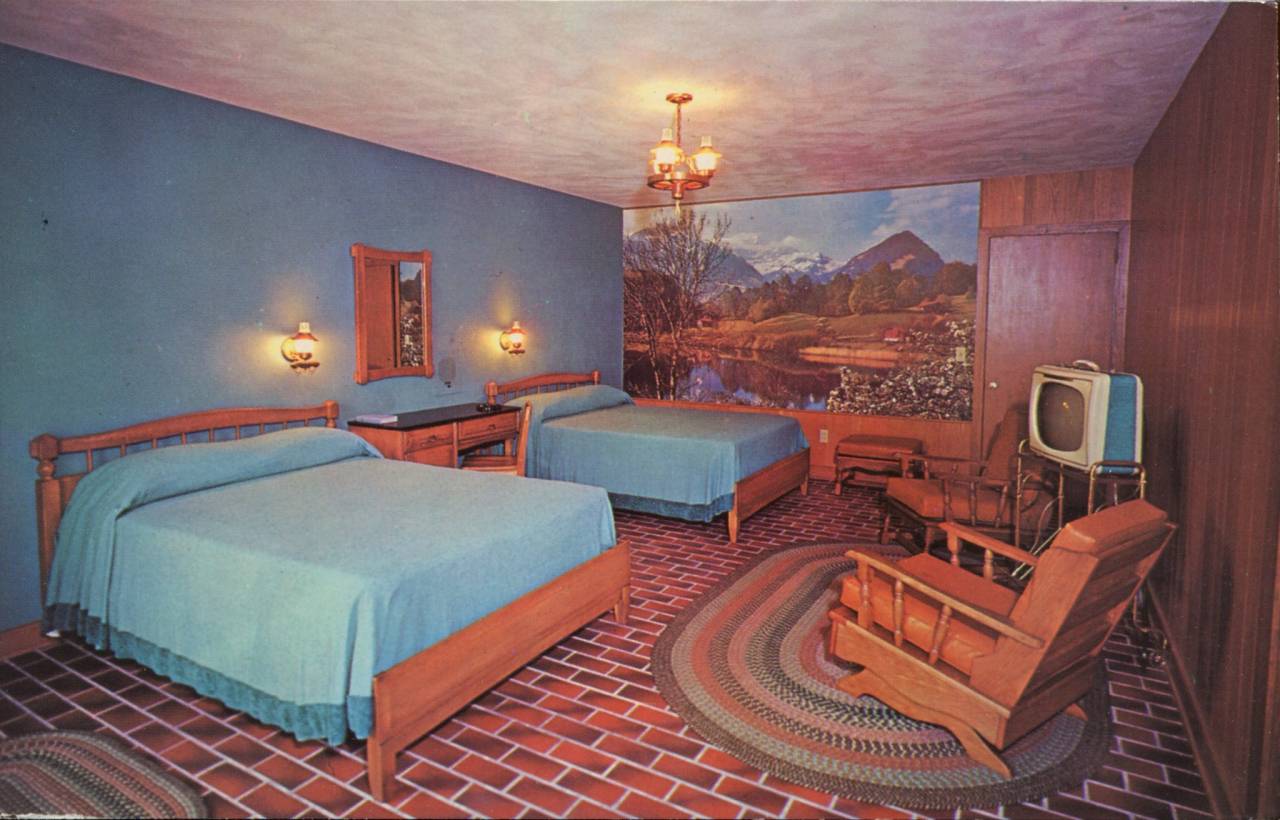 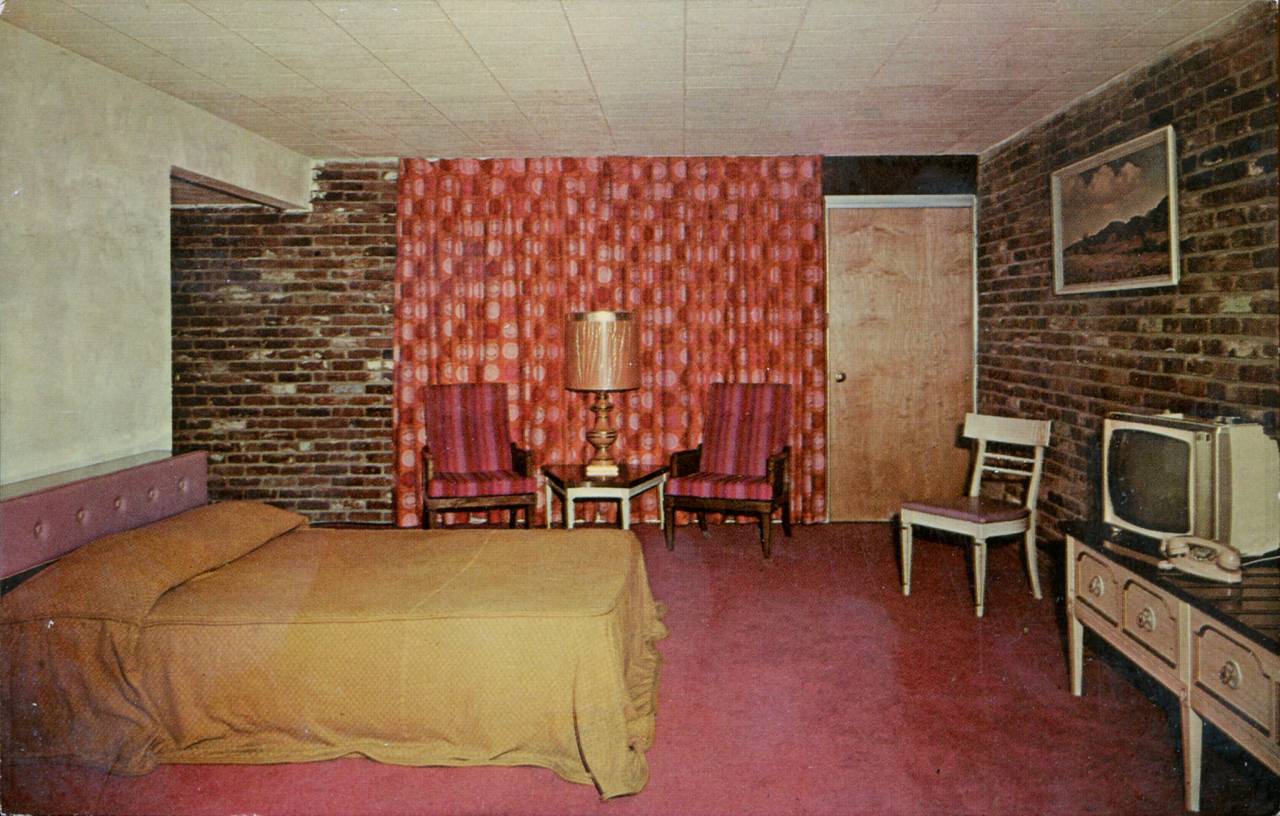 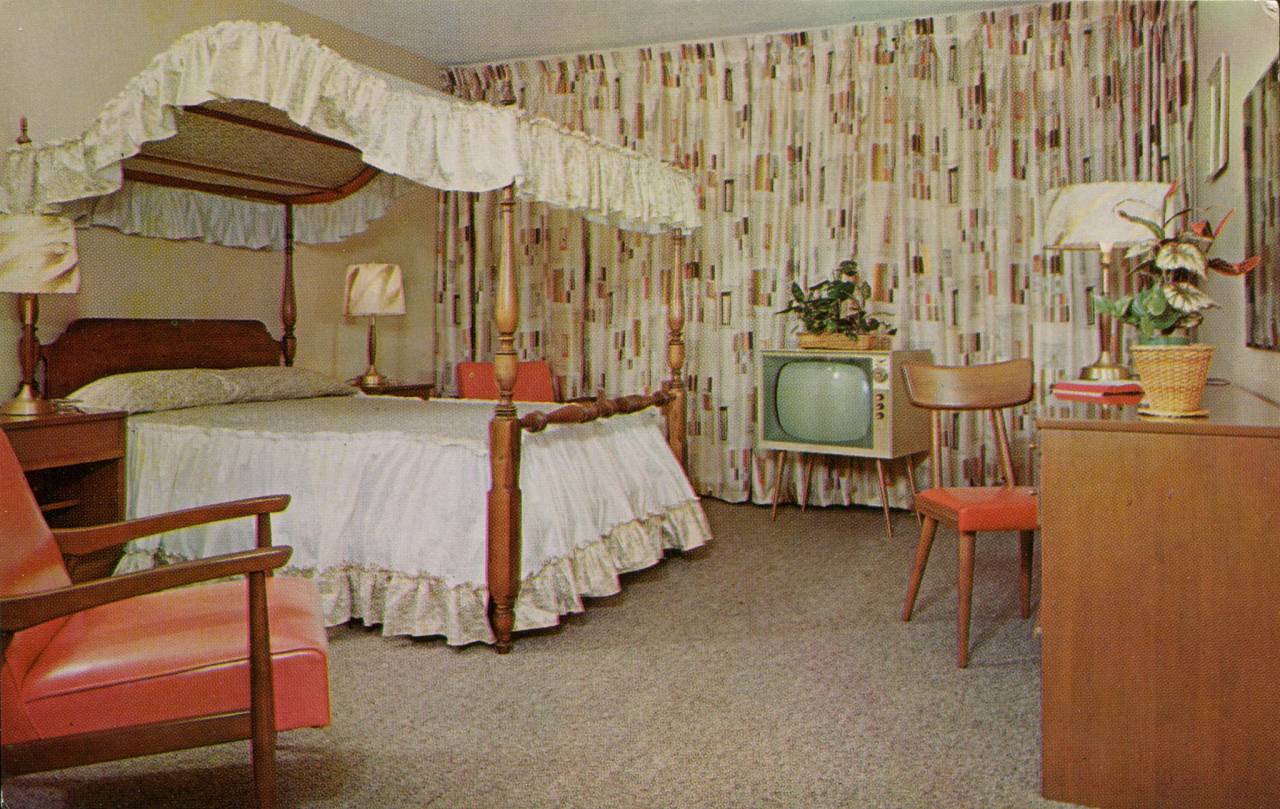 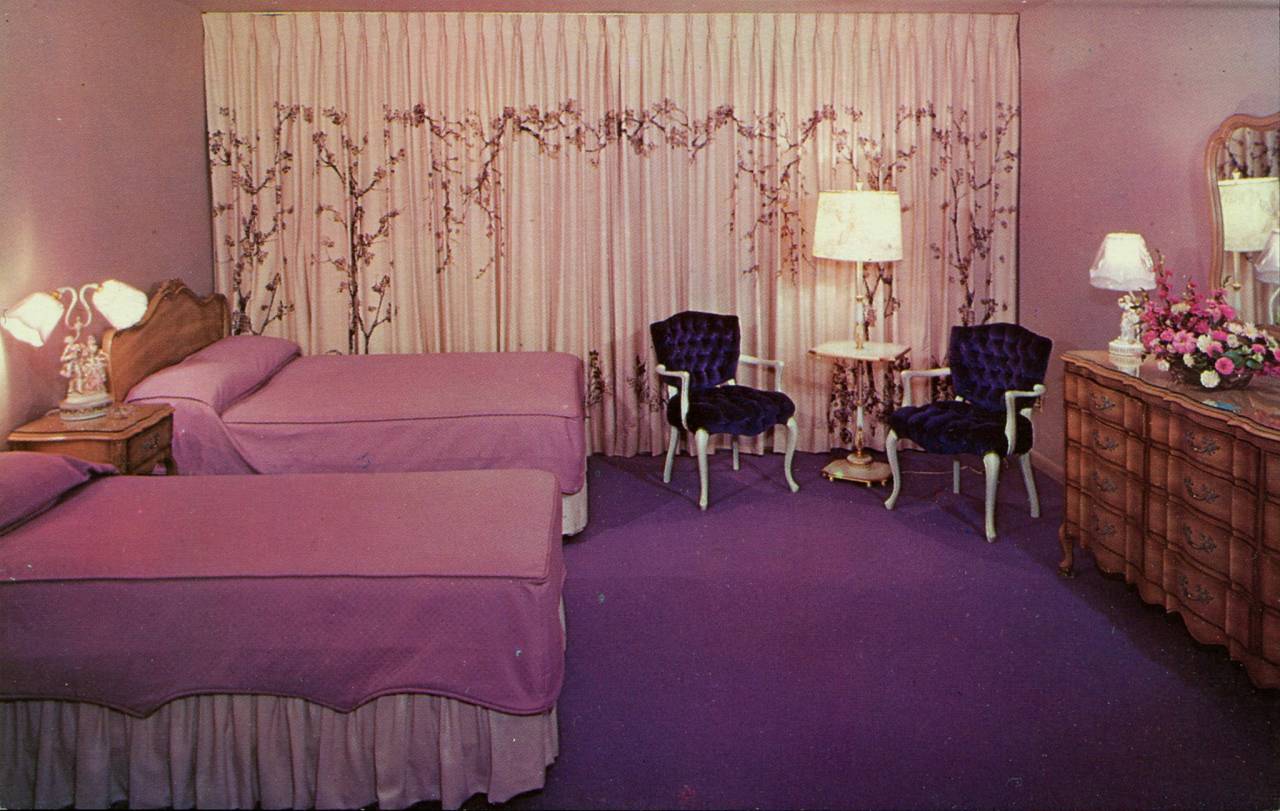 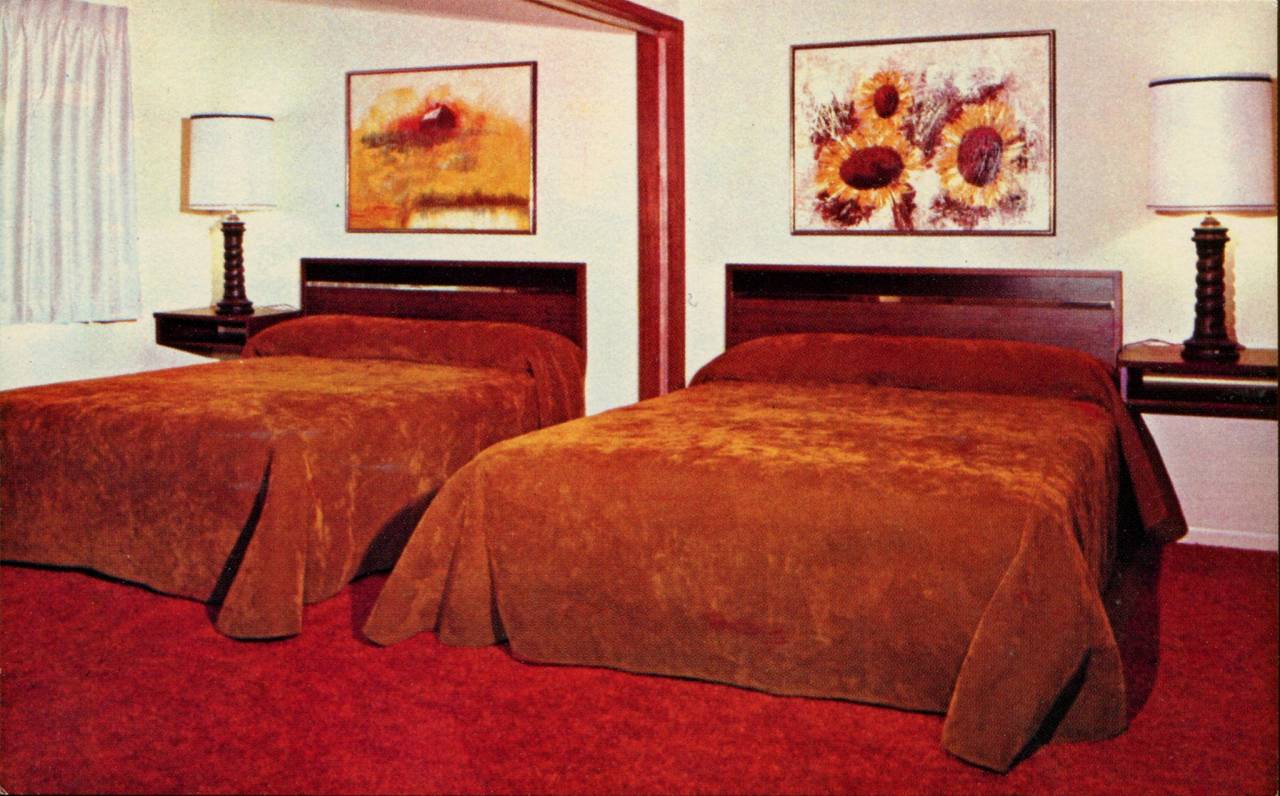 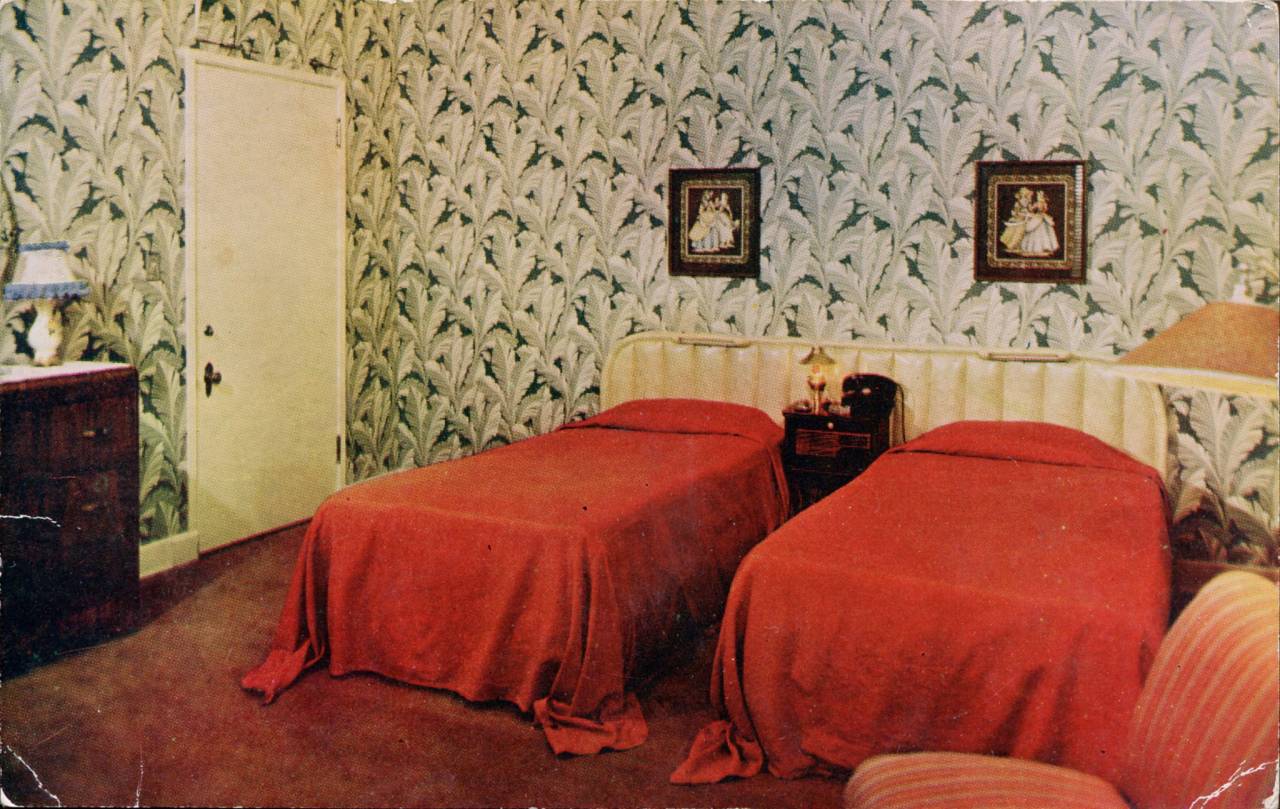