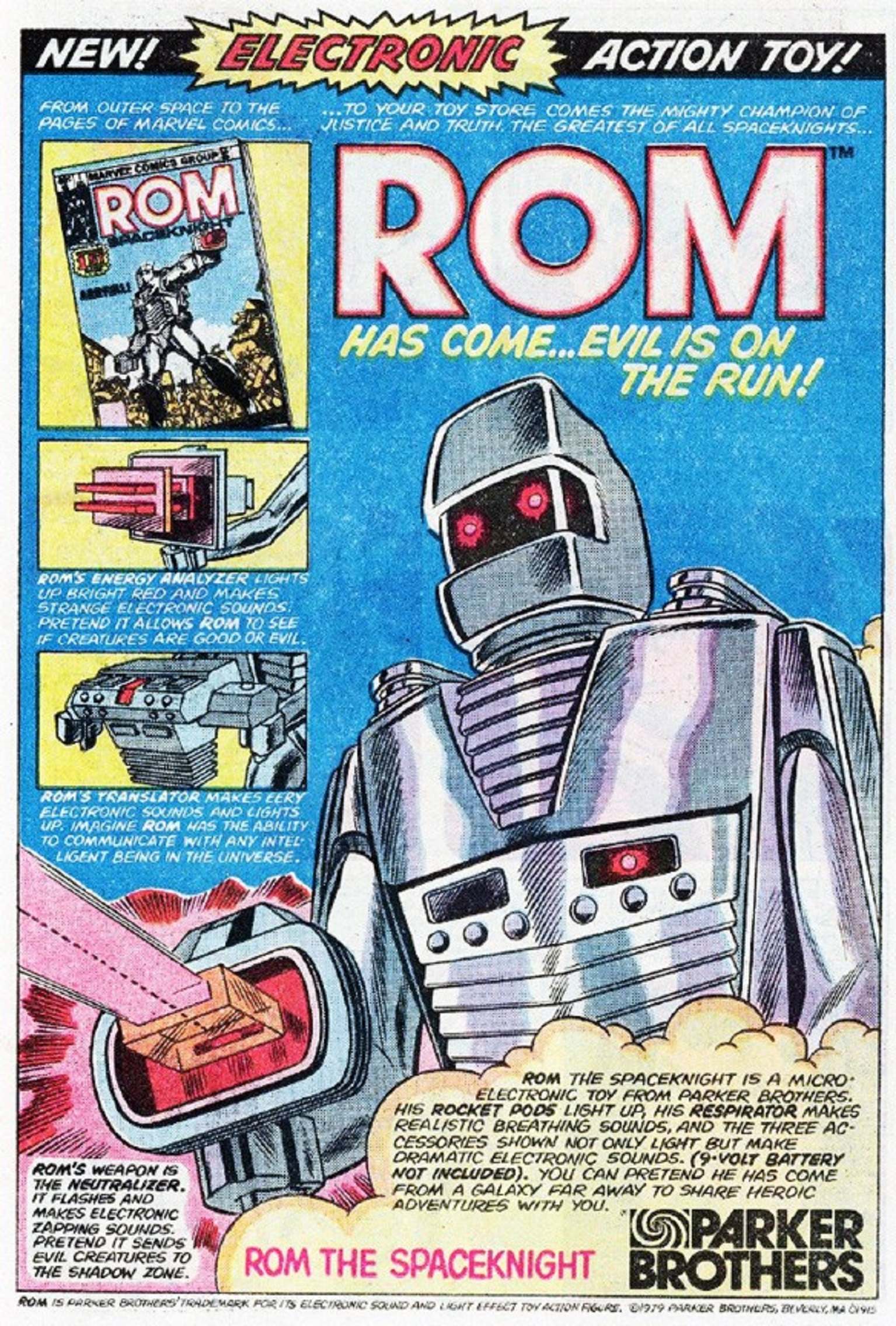 In 1979, ads from toy company Parker Brothers blared “The age of ROM has come,” as they introduced an “advanced electronic toy.”

ROM the Space Knight was a giant, silver action figure. At first glance one might make the assumption that he is a robot, but he is actually a living being ensconced in silver space armor.  He comes from “a galaxy far away” (wink, nudge) to “share heroic adventures with you.” 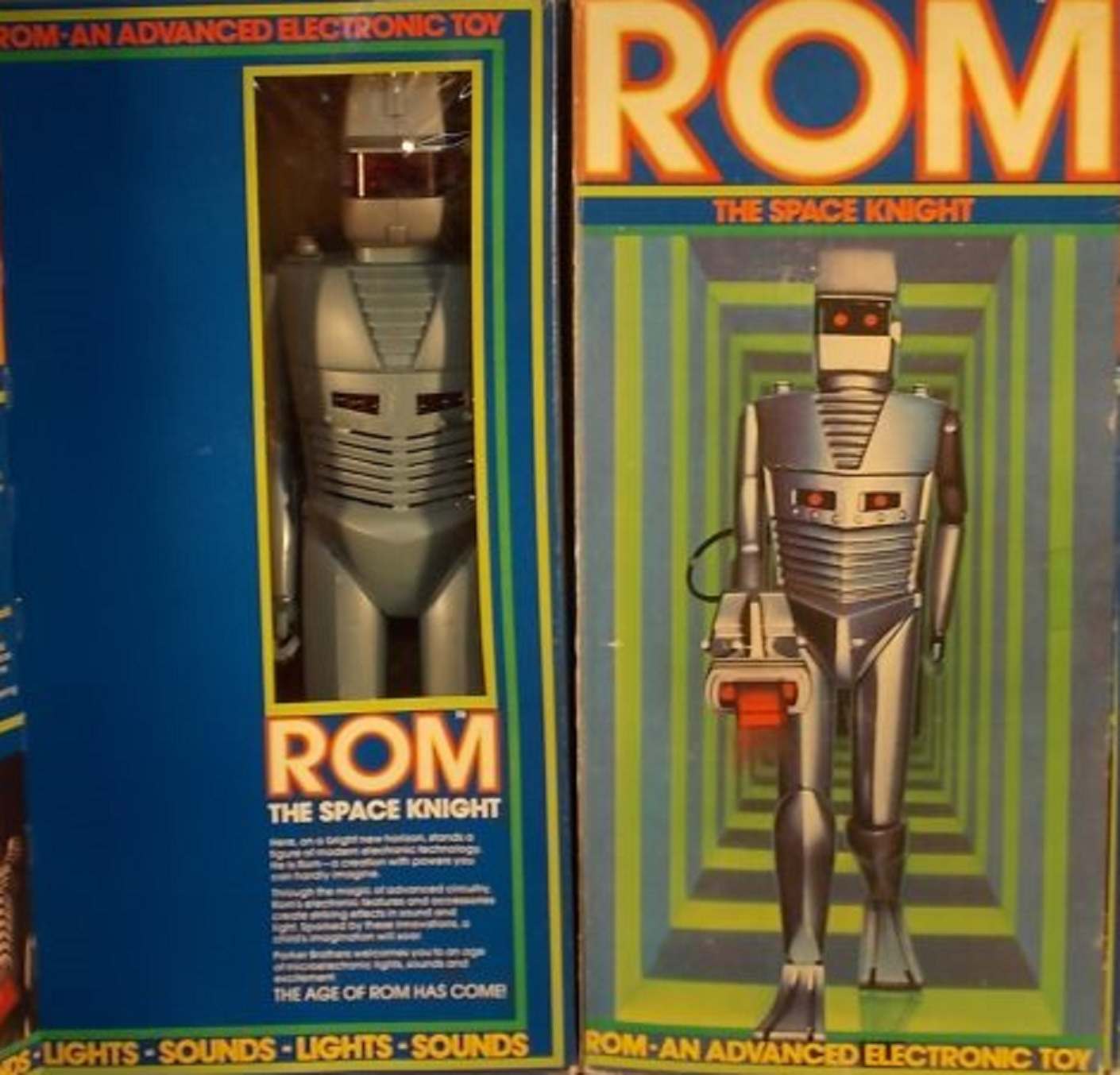 ROM the space knight featured “light up” rocket pads, and a respirator that could “make realistic breathing sounds.”  More importantly, he arrived in your neck of the woods with three cool accessories.

First there was ROM’s “energy analyzer,” which “lights up” and “makes strange electronic sounds” so kids could pretend ROM was detecting whether individuals he encountered were good or evil.

Secondly, there was ROM’s translator. It makes “eery” [sic] sounds too, and grants ROM the “ability to communicate with any intelligent being in the universe.”

Finally, ROM’s weapon: the neutralizer. This device “flashes and make zapping sounds” and banishes “evil creatures” to the “Shadow Zone.” 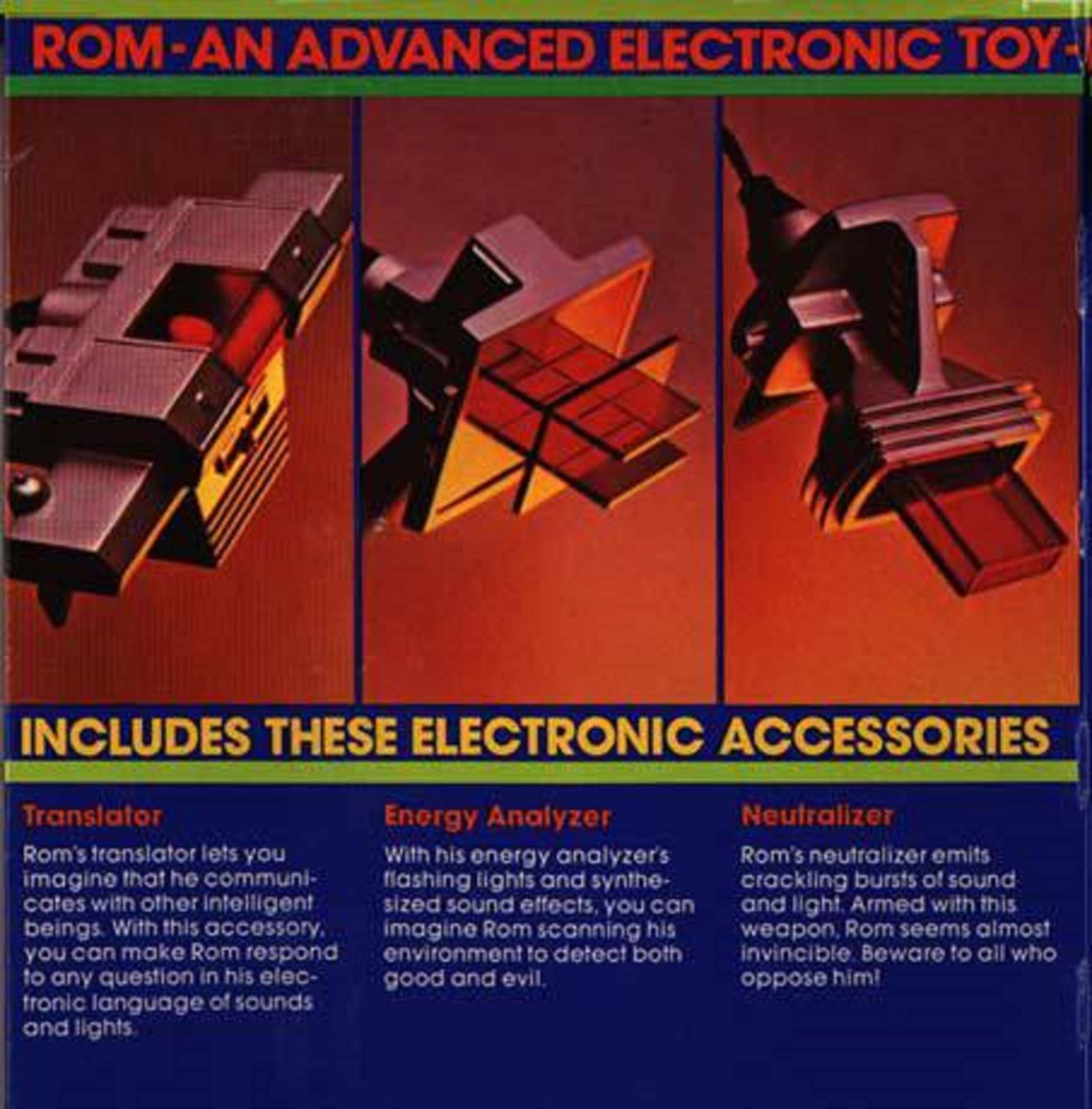 To tie in with ROM’s toy release, Marvel Comics released a great series about the character.  In the comic book continuity, ROM was once a normal human denizen of Galador, but then came the Dire Wraiths: a race of malevolent invaders bent on taking over his world.

Many young patriots from Galador volunteered to fight the Wraiths, but they did so “neuro-surgically” grafted into machine suits…as Cyborgs. The battle for Galador was won, but Rom the Space Knight ultimately ended up on Earth, the Dire Wraiths’ “mightiest stronghold,” according to the legend.
The comic-book series followed Rom’s adventures on Earth, in West Virginia, as — armed with his aforementioned “neutralizer” — he battled the Dire Wraiths (who looked human) and their minions, including the Dogs of the Dark Nebula. Rom’s friends were a secretary named Brandy, who had feelings for him, and her jealous but helpful boyfriend Steve, an auto mechanic.

Below, you can see the original TV commercials for ROM the Space Knight: