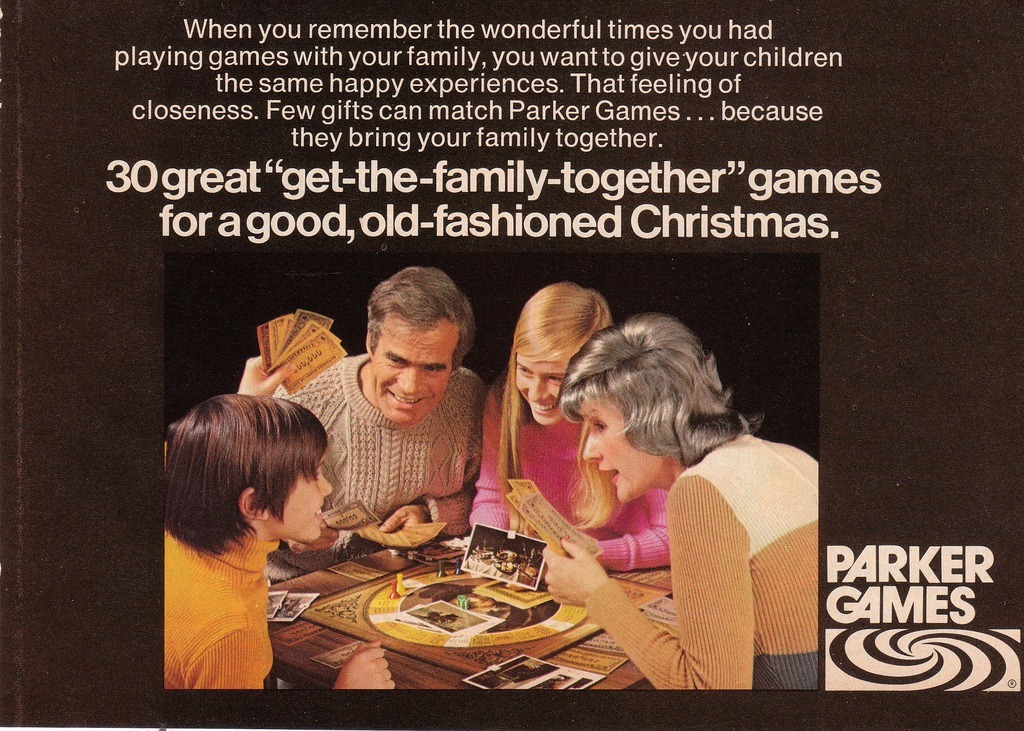 Before video games, before the Internet, before cable….. there were board games. And I must admit, I fashioned myself quite the gamer back in the day. I could go three rounds of Battleship, a full hour of Rock’em Sock’em Robots, and finish up with back-to-back games of Stratego and Perfection and not break a sweat. Yeah – that’s just the kinda hardcore gamer I was. 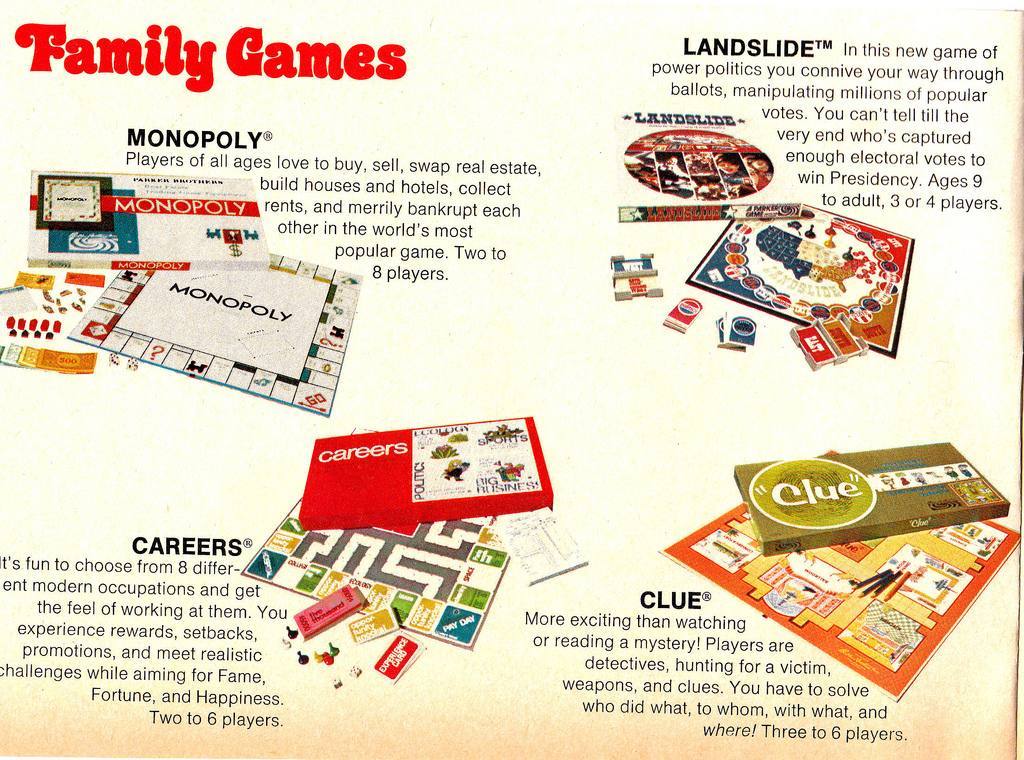 I never have been a big fan of Monopoly. Maybe it’s because I never win. And I mean “never” in the strictest sense possible – as in not one time in over forty years of sporadic playing.

Landslide seems particularly negative about US politics (“manipulating popular votes”, “connive through ballots”) – I thought that sort of cynicism was reserved for 2014. 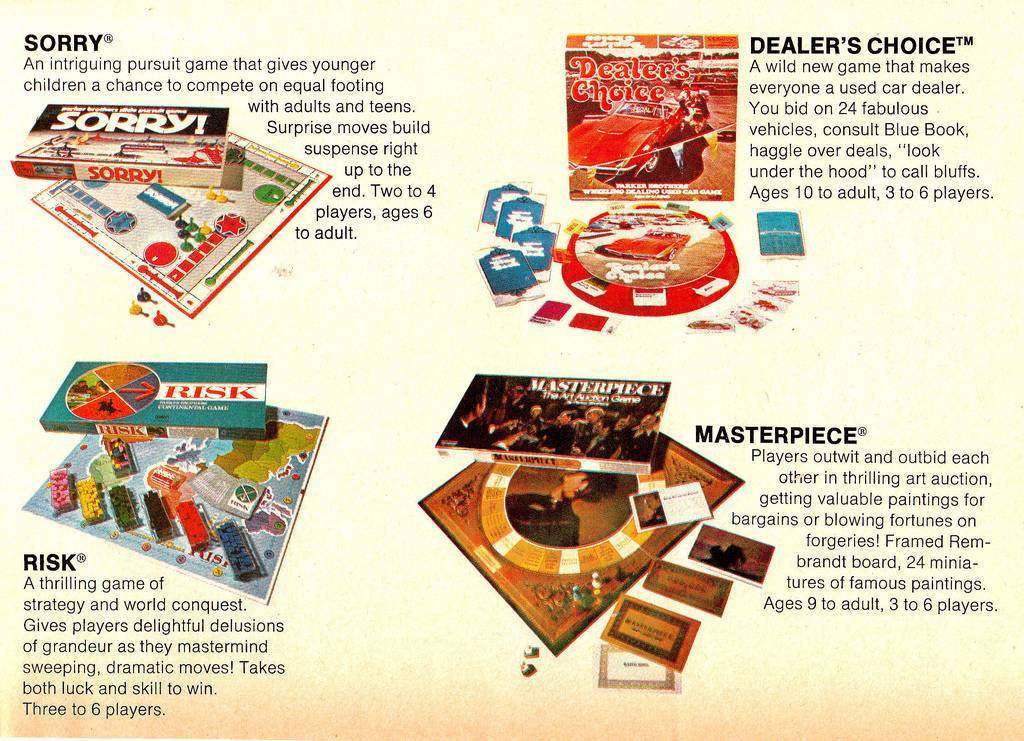 Never cared for Sorry – it always made me pissed-off at my friends and family for destroying me when the win was within my grasp. “Sorry” isn’t gonna get you any forgiveness from this serious gamer.

Risk is the only known board game to last longer than Dungeons & Dragons. In fact, I’m skeptical that anyone has ever actually completed a full game of Risk. You can swear up and down you finished a game, but we both know the truth.

Dealer’s Choice sounds like an awful game. Why would you want to pretend to be a used car dealer? And I’ve actually played Masterpiece and can verify that it is every bit as boring as you’d expect it to be. 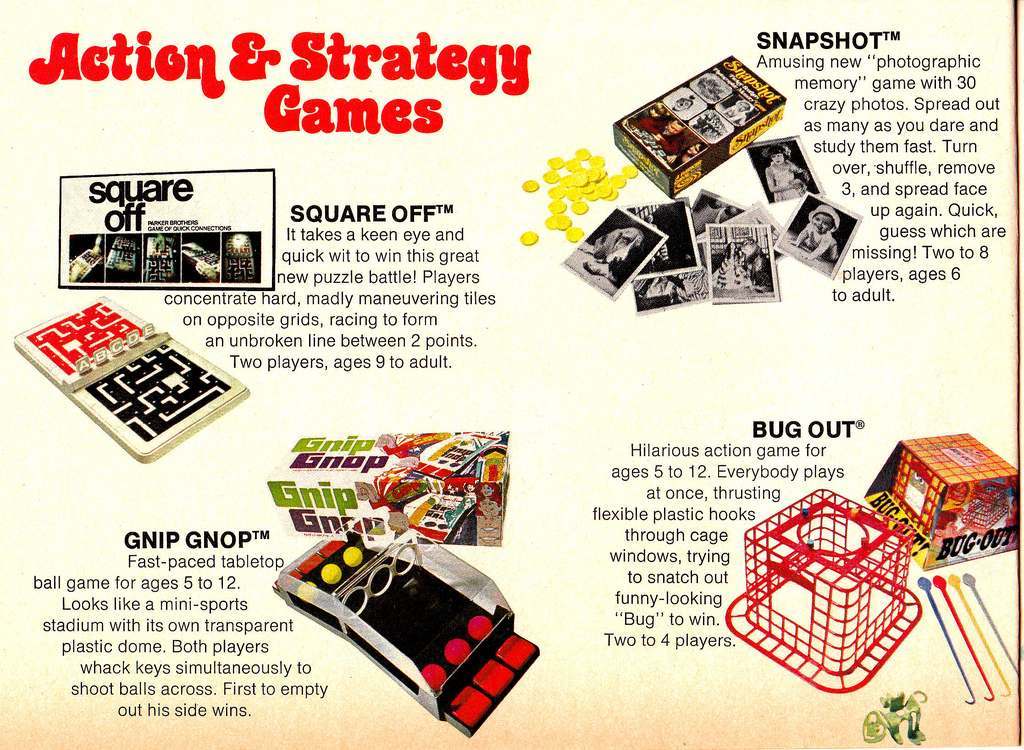 I’ve played Gnip Gnop – it’s fun as hell…… for the first four to five minutes. Then it gets painfully monotonous. Snapshot is just a variation on Concentration but with added stupidity.

I’ve never heard of Square Off or Bug Out. Something tells me I didn’t miss much.

Gnip Gnop I got shit to pop
I’m an exceptional professional that just don’t stop
So pack up your bag and your mic and don’t wait
E.T. phone home now get the f**k out my face

-“3 the Hard Way” by the Beastie Boys 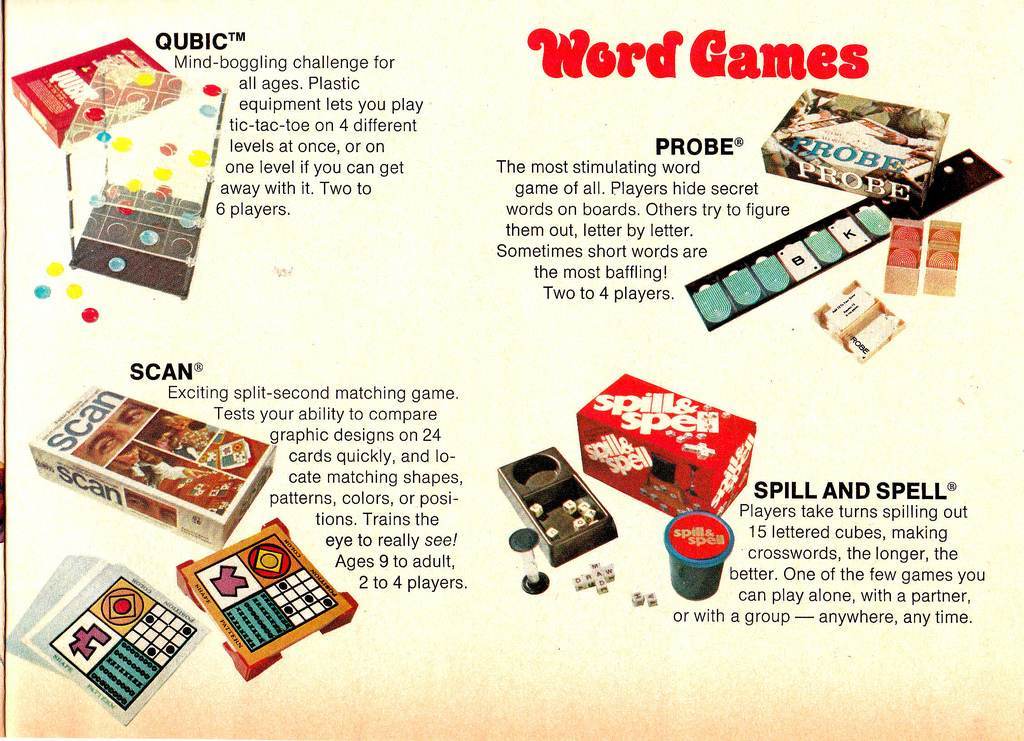 Be wary if your neighbors invite you over to play a game of “Probe”. 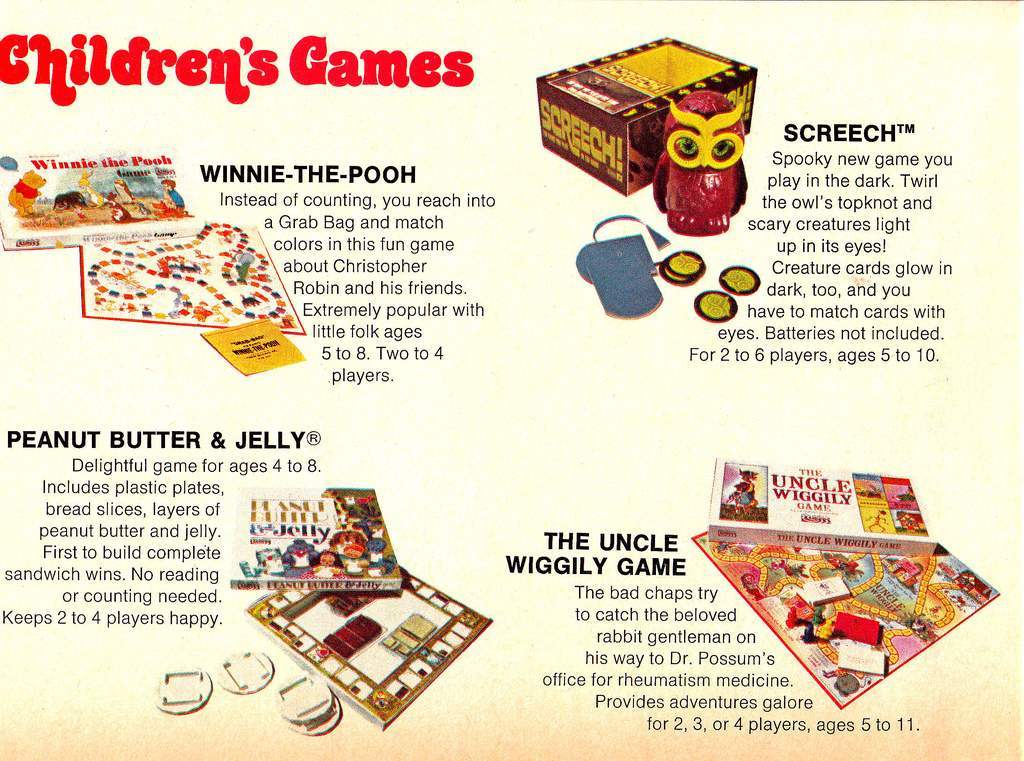 I cannot tell a lie – I played the hell out of some Uncle Wiggily back in the day. It’s honestly been at least forty years since I’ve played it and I still remember it clearly. How odd that it was about a rabbit with rheumatism. 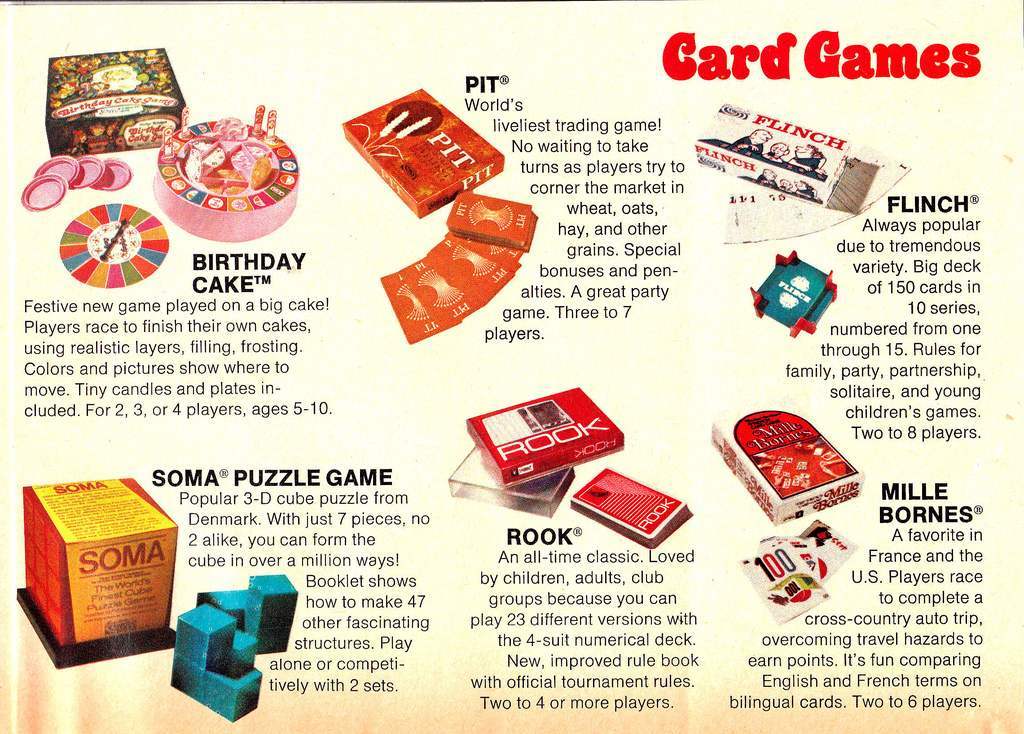 Never played Soma. It certainly looks cool, but something tells me the thrill of playing it would be short lived. Odd that they would stick it on a “Card Games” page.

Fans of “Freaks and Geeks” will recall the game Pit as it is featured prominently in an episode. 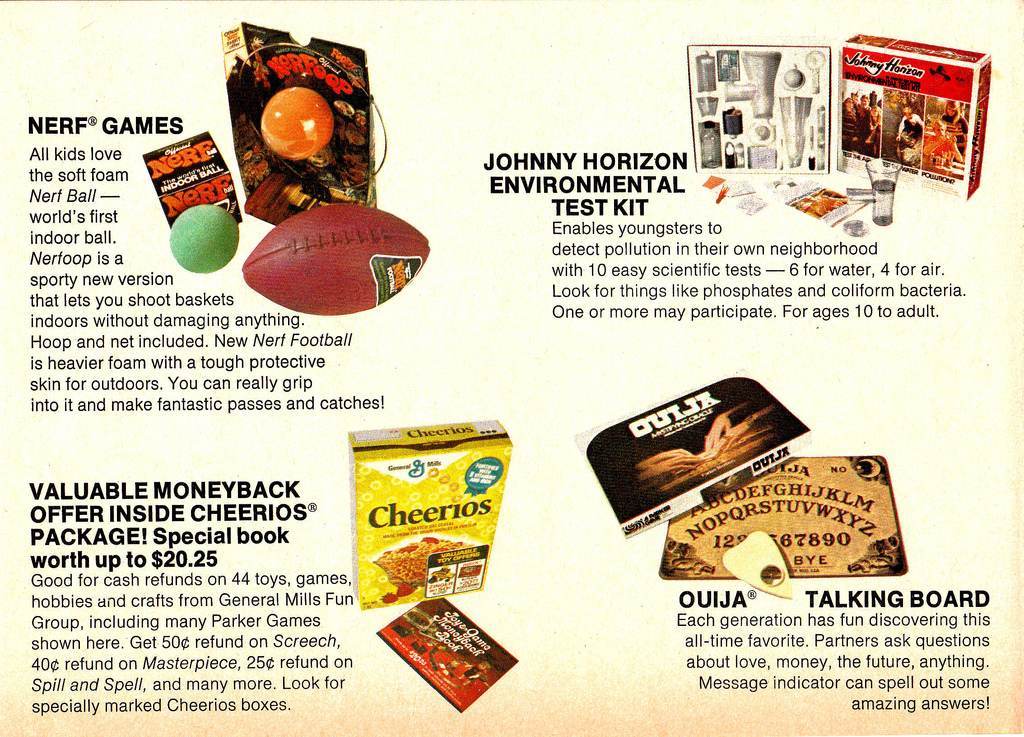 This was before Nerf became the multi billion dollar company it is today, filling up entire aisles at Toys “R’ Us. We didn’t have high velocity semi-automatic Nerf firearms back in the seventies – we just had balls.

Don’t get me started on the Ouija board. Laugh all you want, but I don’t want Captain Howdy (aka Pazuzu) to come ruin my life. I’ve got enough to worry about without having to deal with a Babylonian demon stirring up trouble.

[Note: For more board game shenanigans, check out a previous article: Peculiar Fun for the Whole Family: 20 Odd and Interesting Board Games]