Would madam and sir care to relax in the bar done up to resemble a fun fair ride? No. Me neither. But someone thought being sat on a revolving bar as you sipped a cocktail whilst perched atop a slippery stool a good idea. (Rumour has it the designer went on to create Japanese gameshows.)

How many people popped to the toilet and returned to miss their seat as the bar turned beyond their reach, reduced to snatching broken conversations with their seated date who’d hone into view and then edge away. Others were most likely unable to dismount without face-planting into the mother-in-law’s tongue, large fern, impaled pony or whatever obstacle had been placed on the bar’s perimeter.

But-  boy – was it ever glamorous: 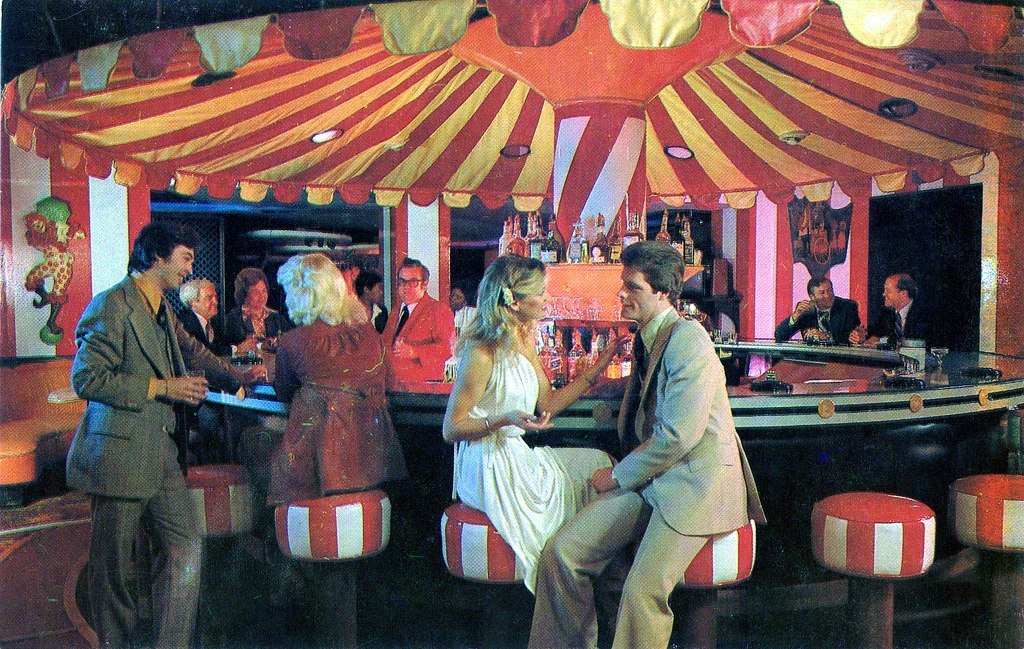 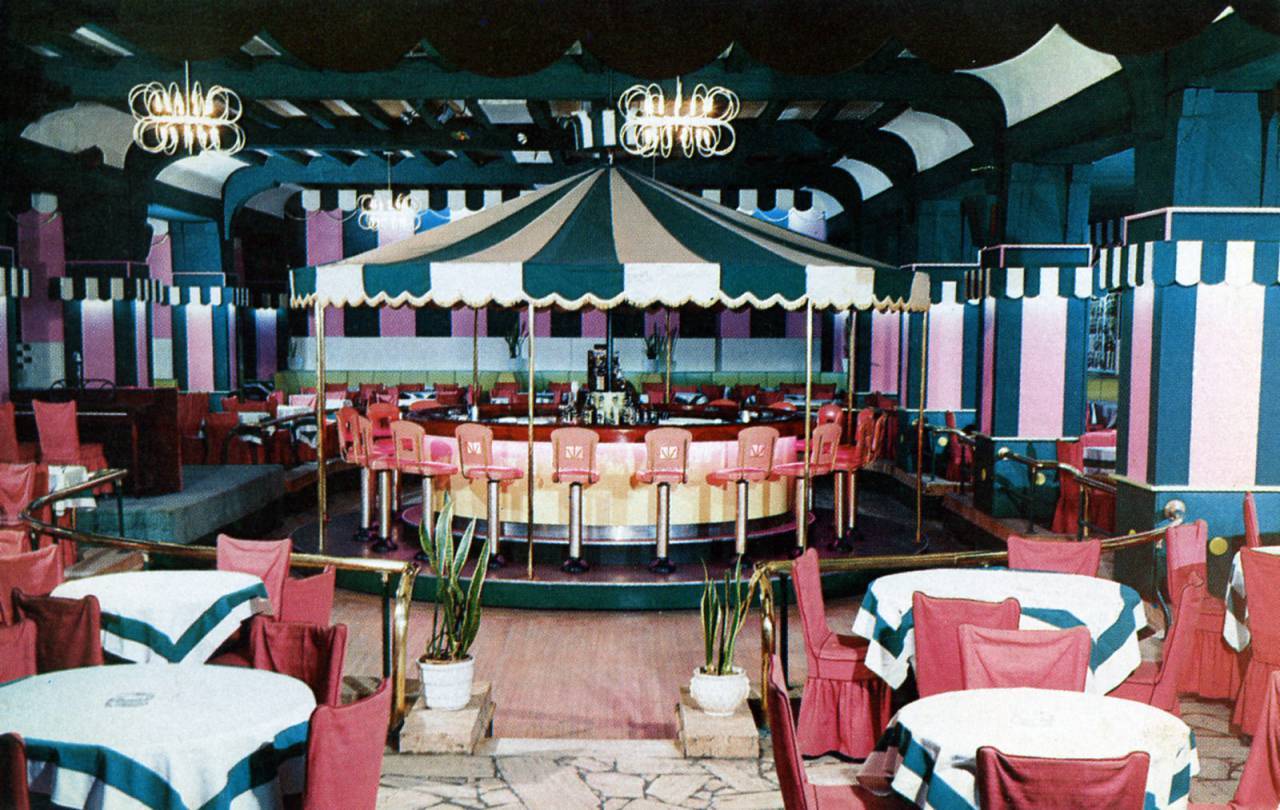 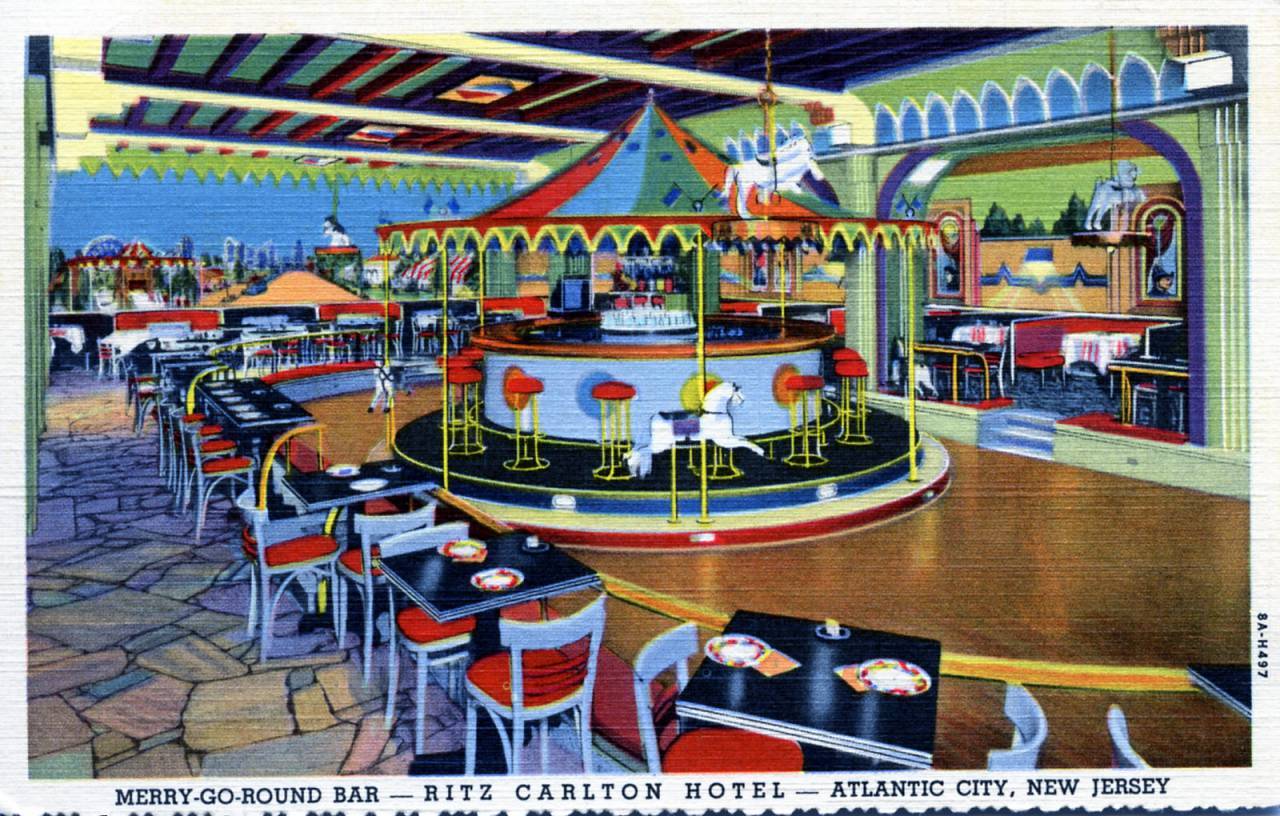 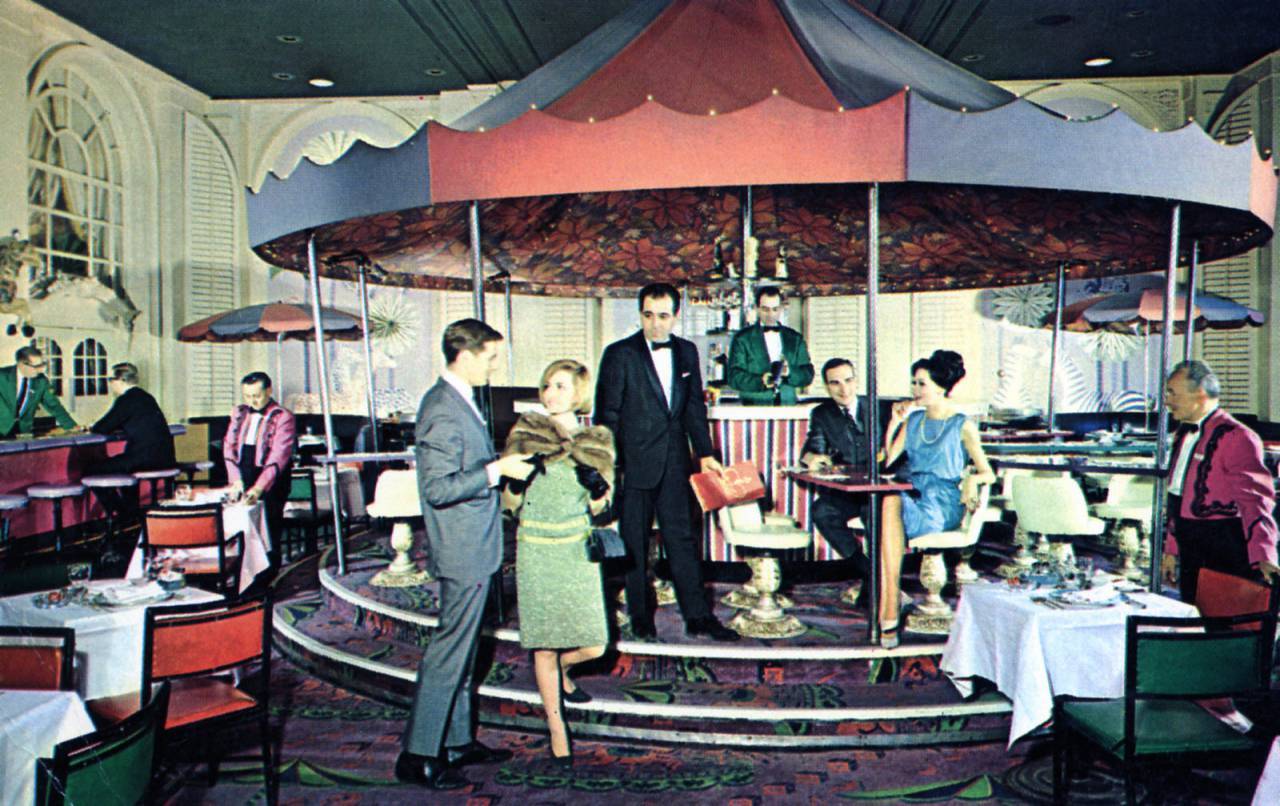 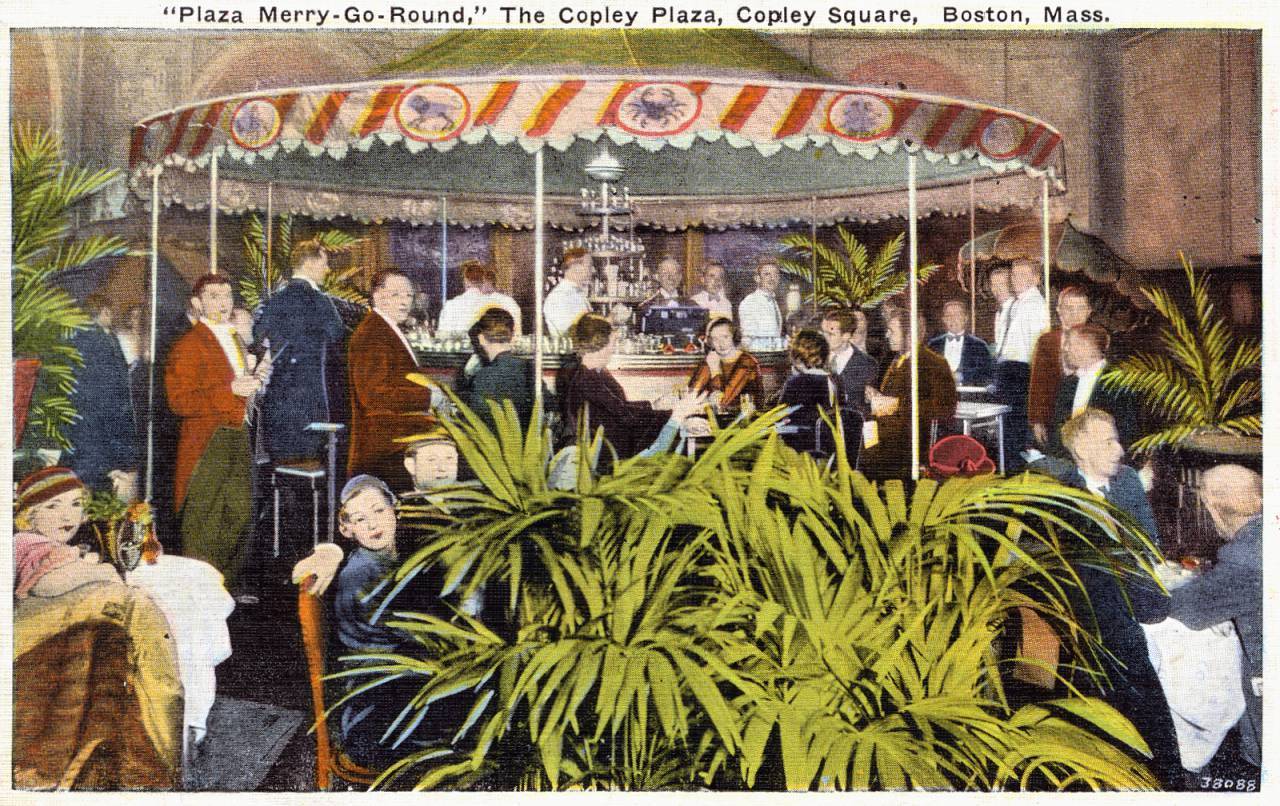 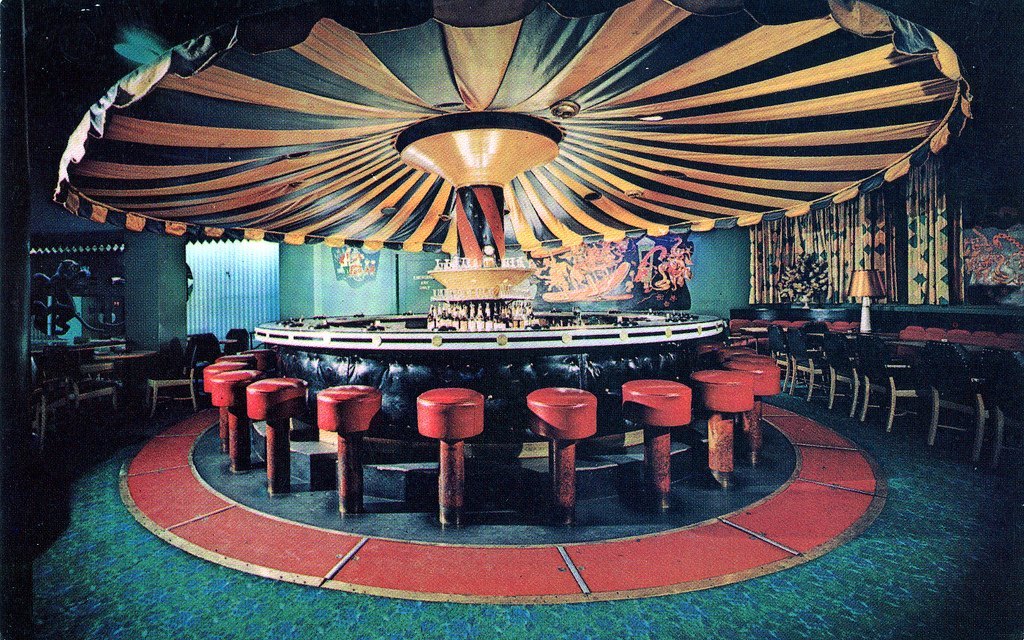 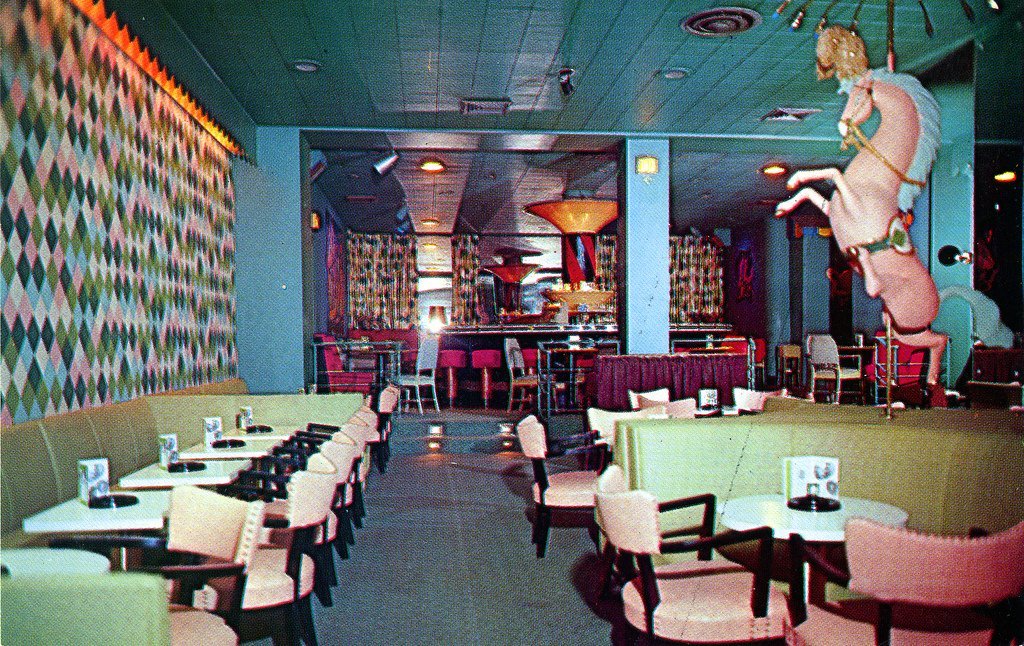 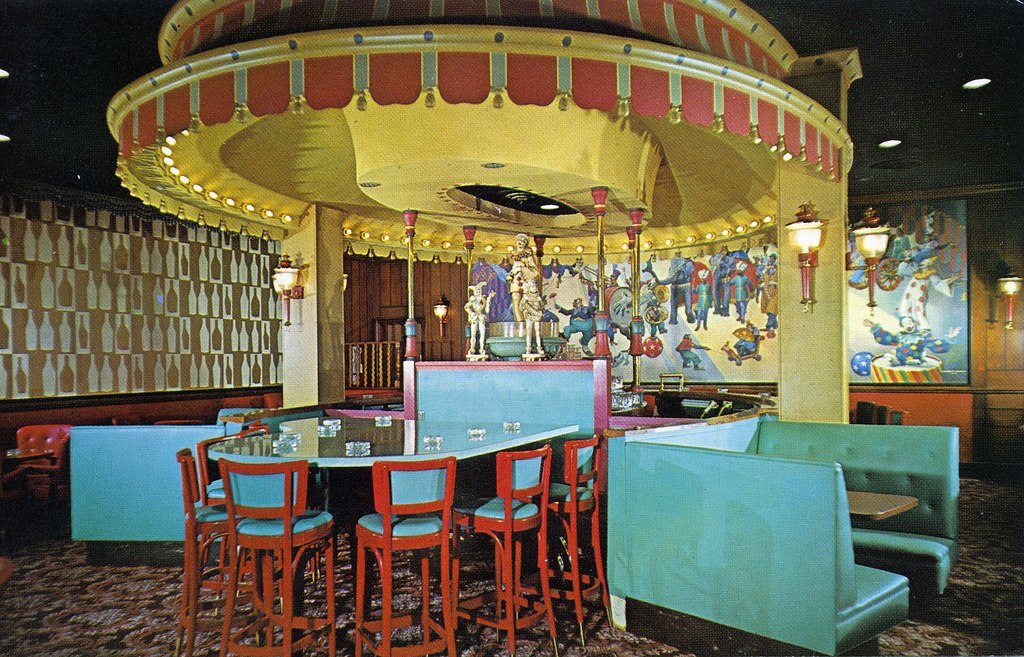 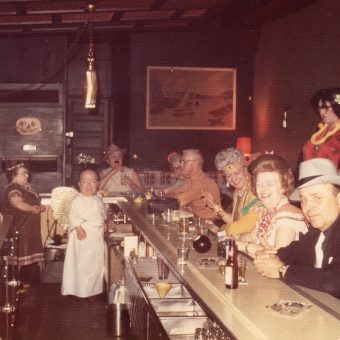