Every Beautiful Thing… is the title of an exhibition of extraordinary garments from the wardrobe of the late Michael Hochong, the French/Hawaiian/Chinese exquisite who, in the 70s, ran the Knightsbridge restaurant Michael’s (opposite the more famous establishment run by another Michael, Mr Chow). 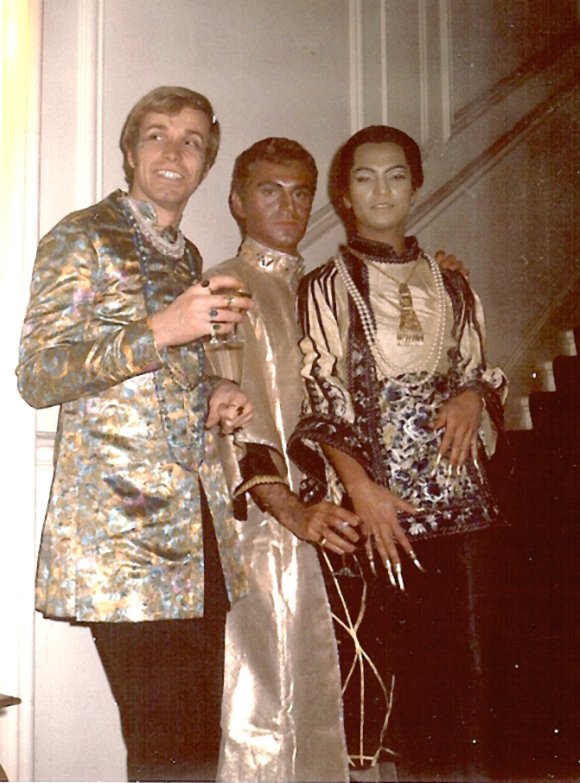 Hochong (right) with friends at a party in London, late 60s

Hochong also lived in some style in Tangier with John Koon (said to have been the instigator of the Chinese takeaway in the west).  It seems the house they shared was an exact replica of Tara, Scarlet O’ Hara’s spiritual home in Gone With The Wind. 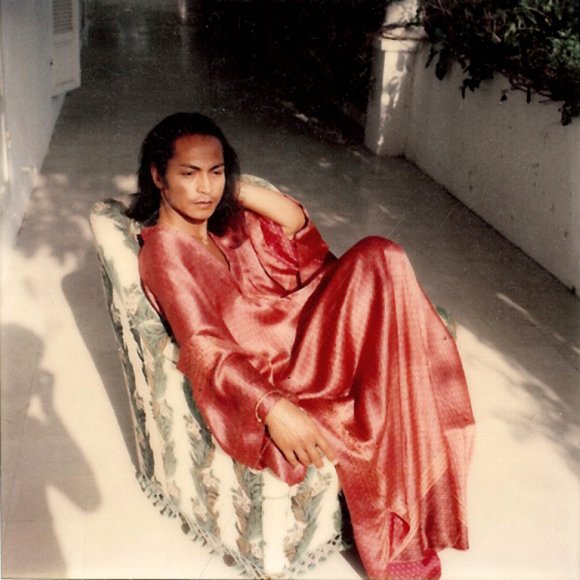 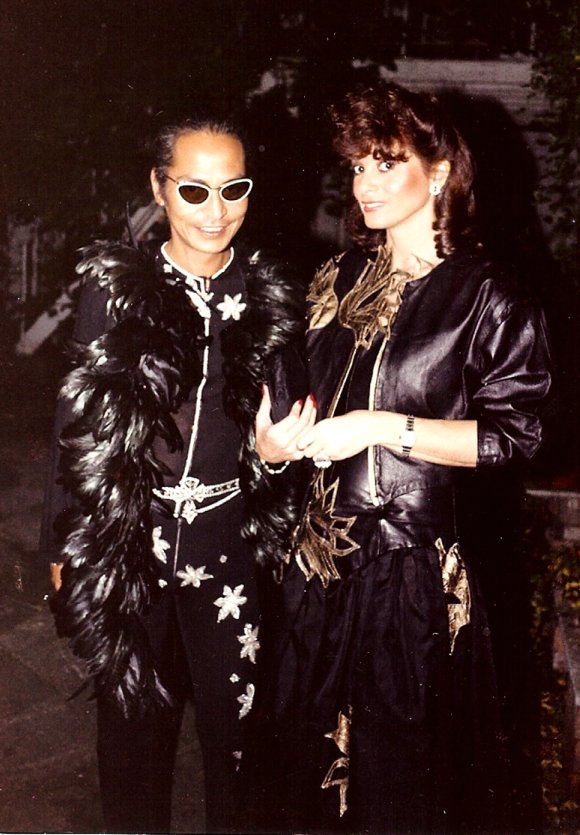 Hochong in another daring creation with friend, 80s.

The show at London’s Horse Hospital presents Hochong’s “life of flamboyant excess” through his collection of extravagant clothing, much of which was designed by film costumier Germinal Rangel – whose credits include The Darjeeling Ltd – and Trinidadian tailor Fitz Blackman.

Blackman was another exotic. According to the Horse Hospital’s Roger Burton – curator of the Hochong show – he operated as an independent tailor in Savile Row before opening a bespoke establishment in Trinidad’s Abercromby St in the early 70s. Blackman became mayor of Port Of Spain (where he had another tailoring business) in 1974 and died there in 1978.

Hochong died in February 2011 aged 75. Burton says that the collection he left behind is “a compelling, feathered, sparkling testament to the romance and beauty of Michael’s life”.