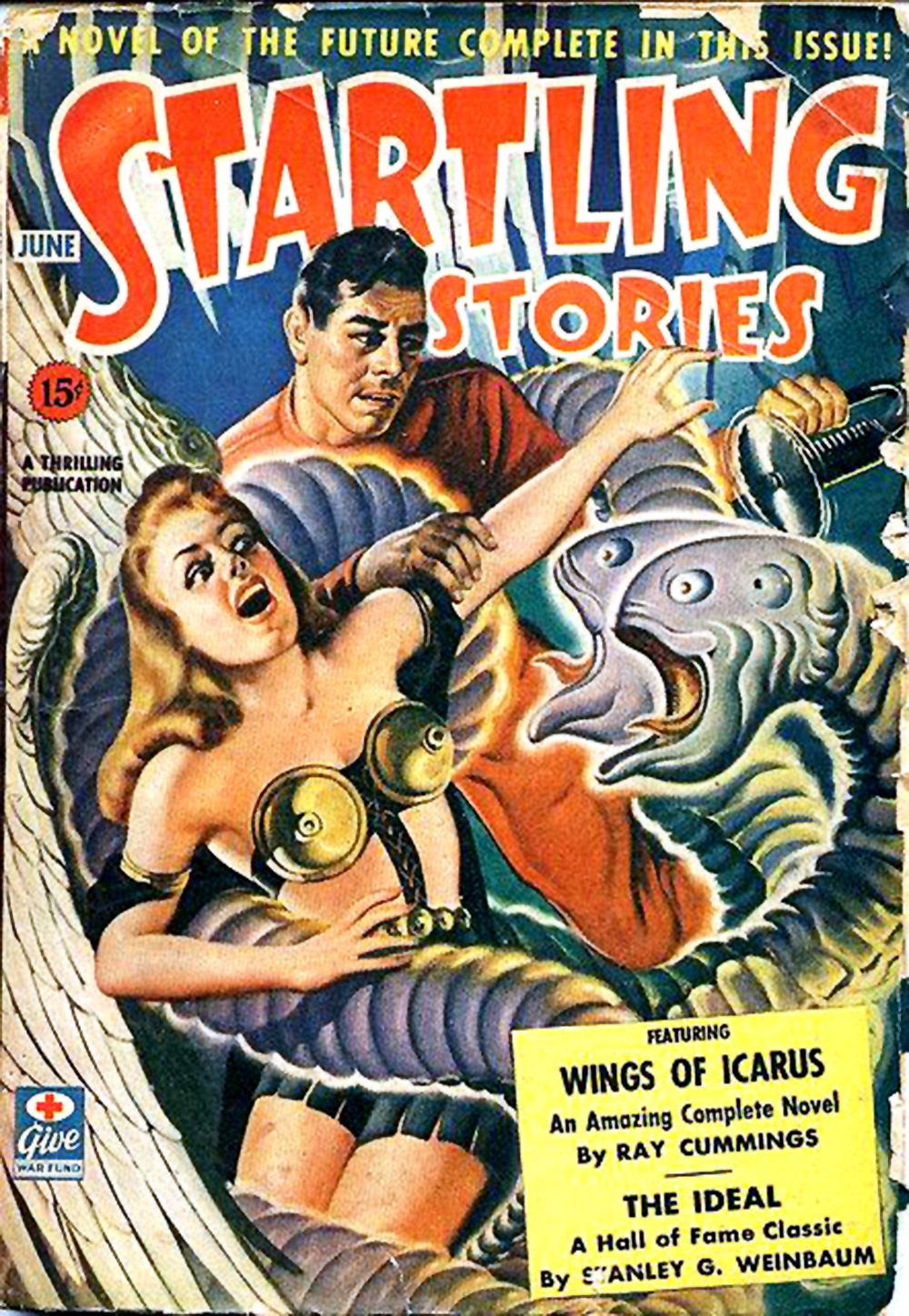 Maybe these metal bras served a purpose.  Clearly, this girl’s boobs are well protected from the space eel under those sturdy helmets. 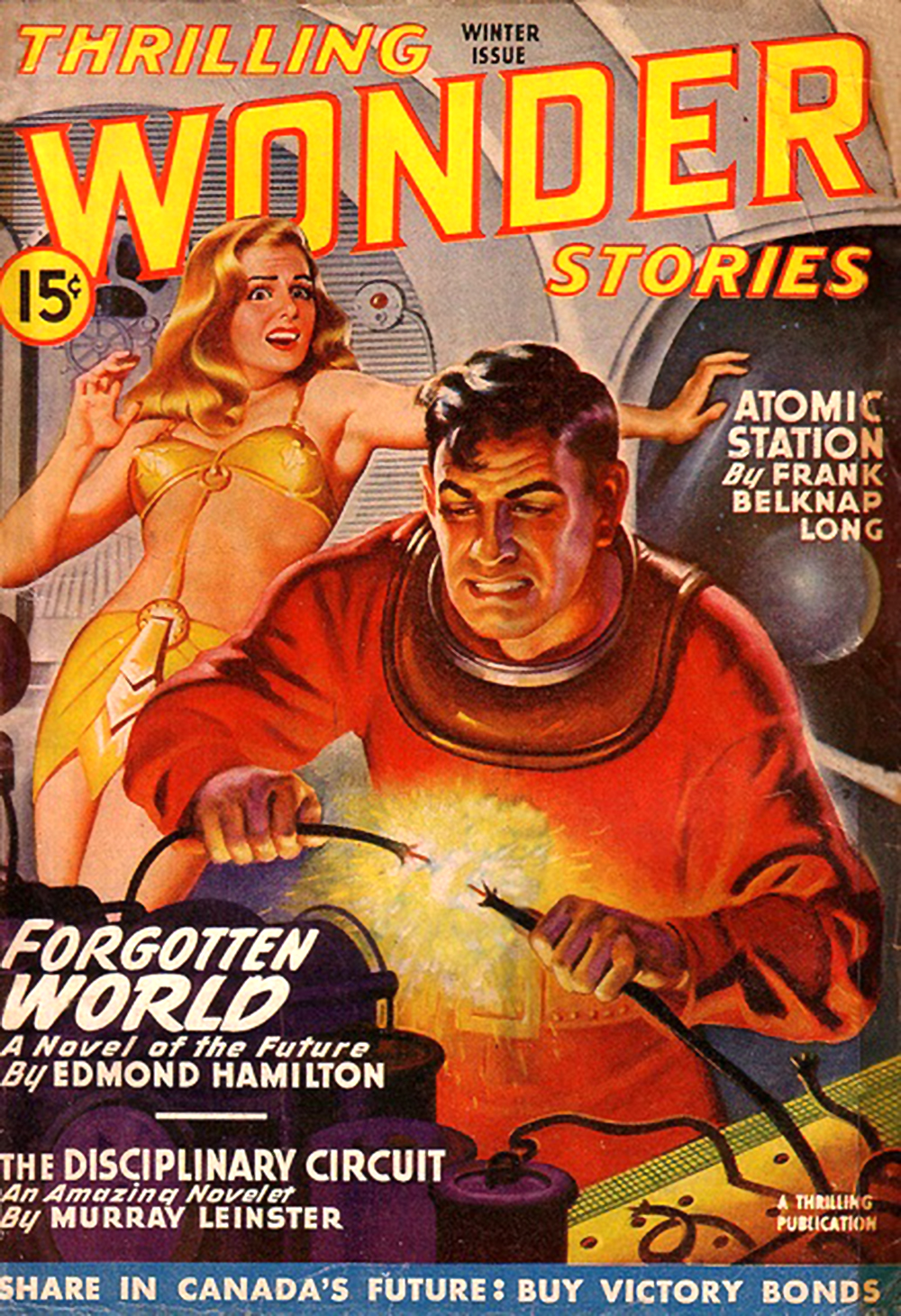 Again, her breasts are safely protected from dangerous sparks… but the rest of her may be in trouble. 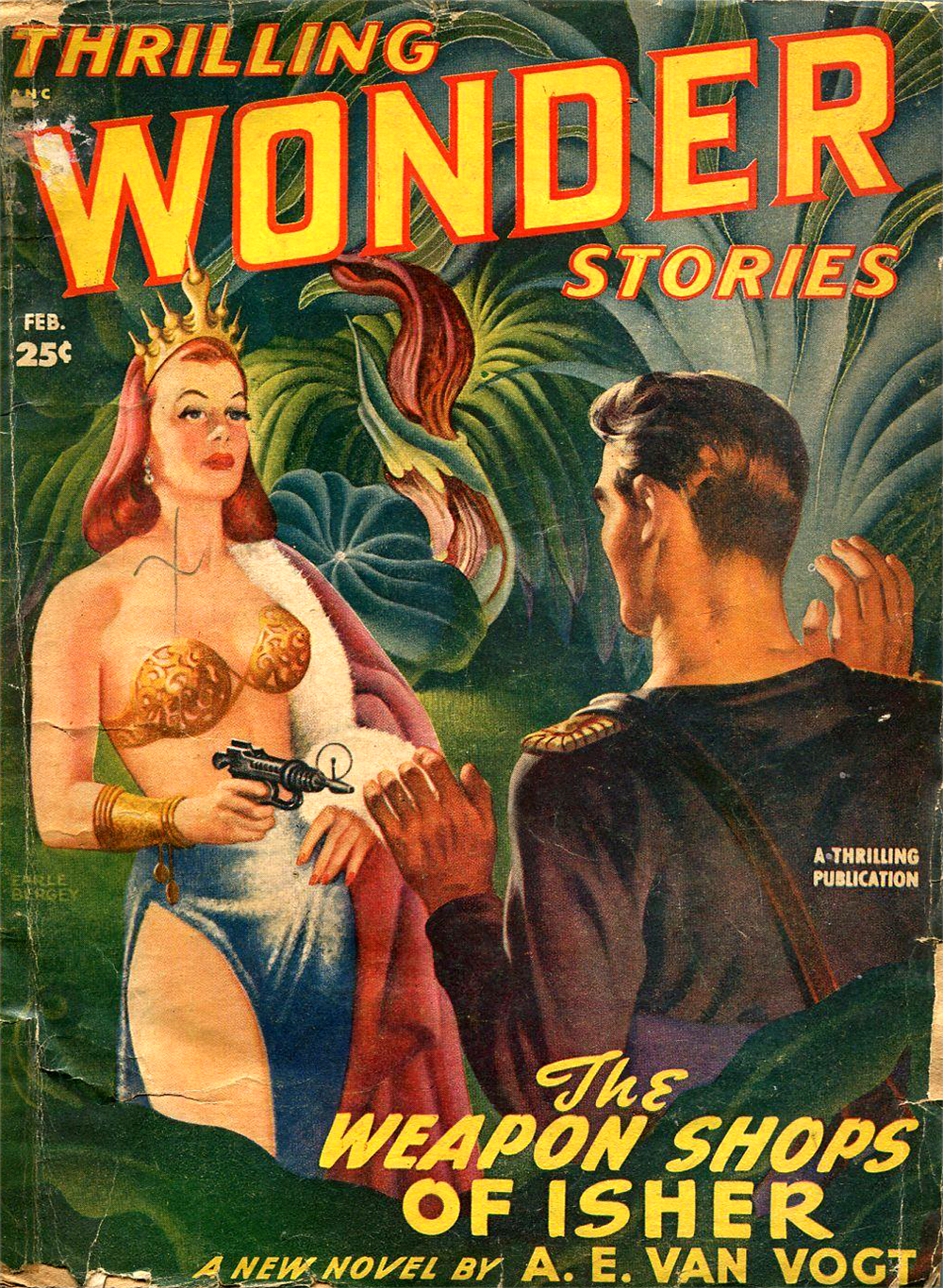 As this cover from 1949 attests, bronze brassieres were “in” on other planets.  If only Earth could adopt these interplanetary fashions. 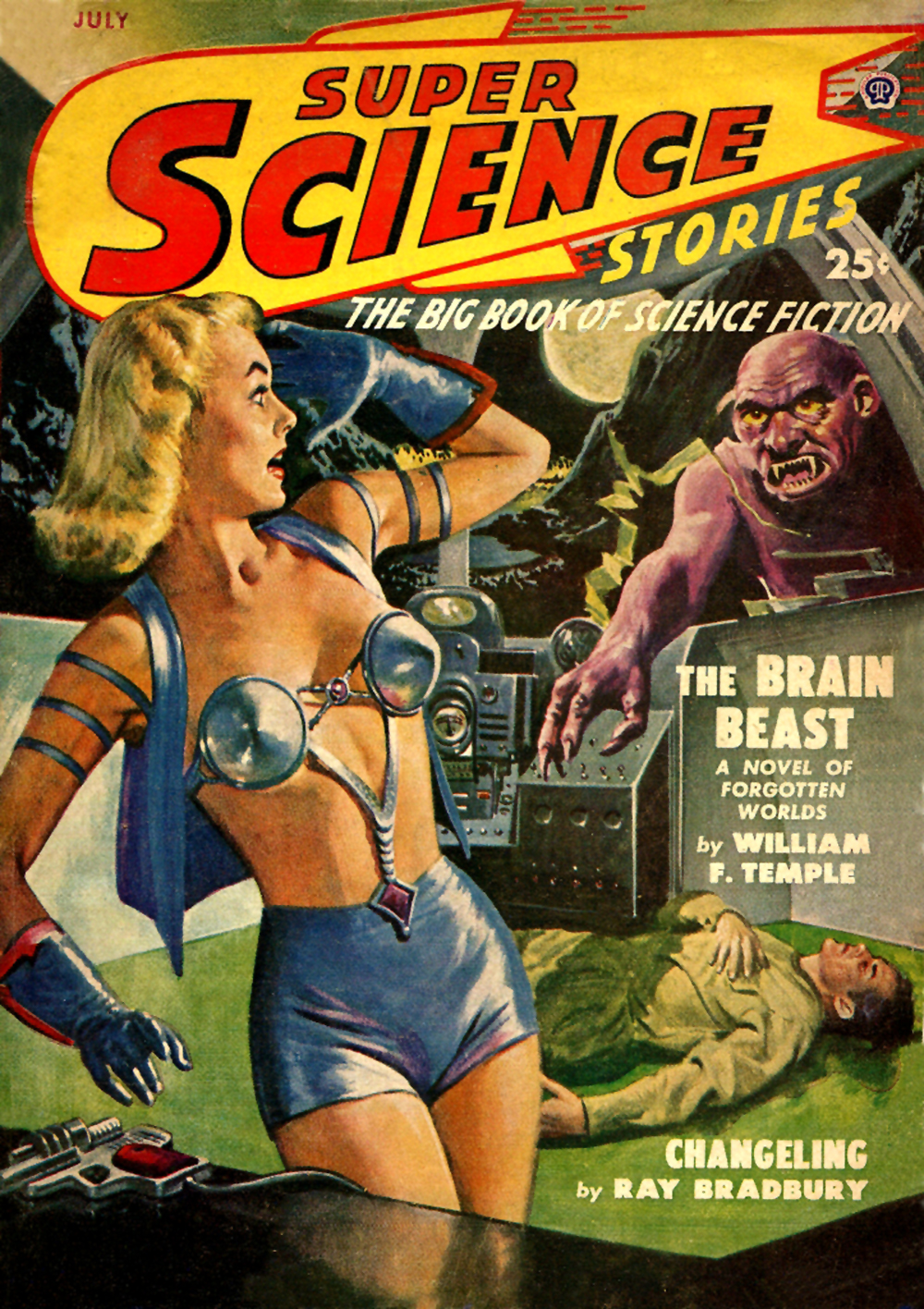 The Brain Beast is breaking through their windshield! Perhaps, it’s just attracted to that shiny bra.  I have a plan… 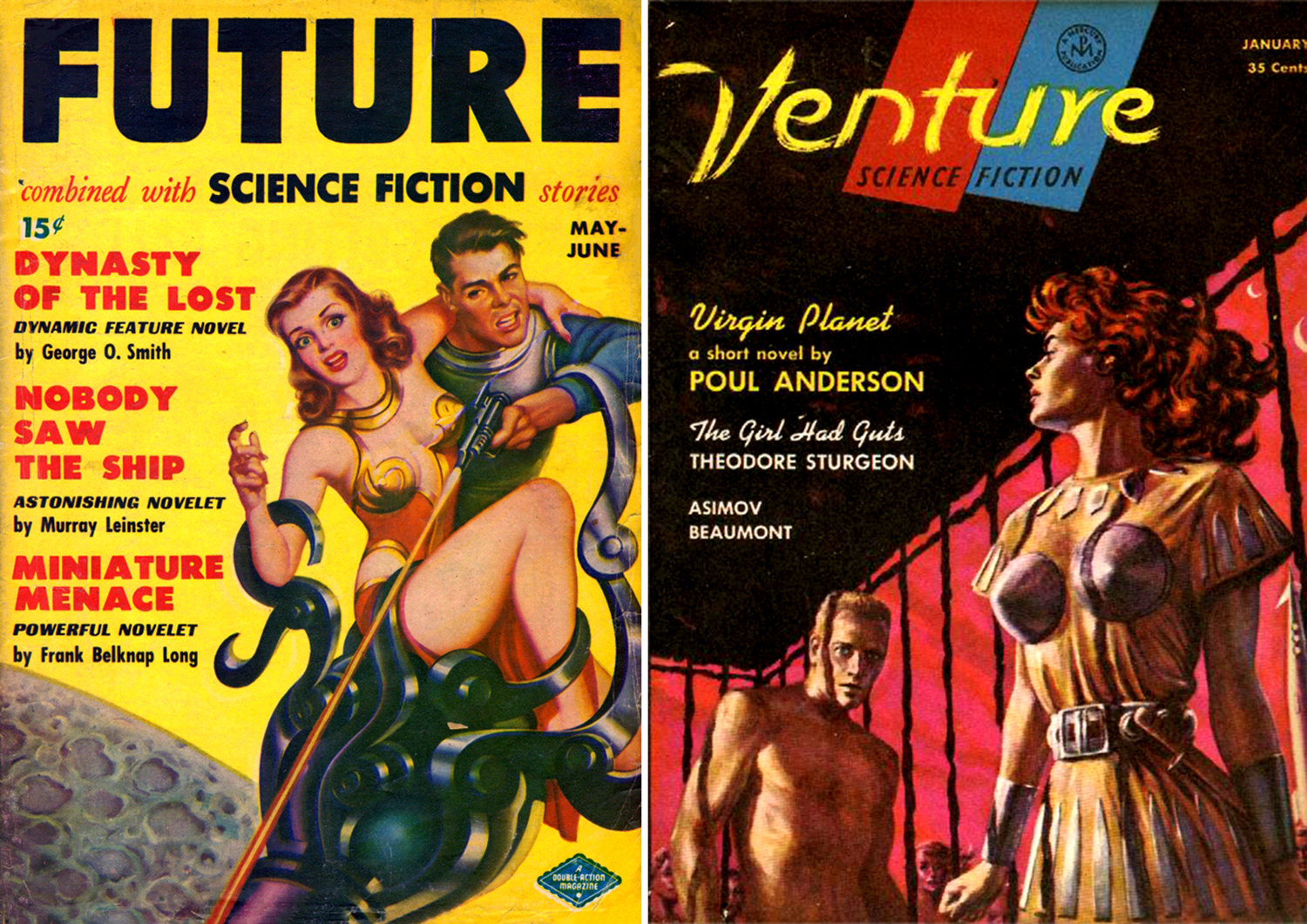 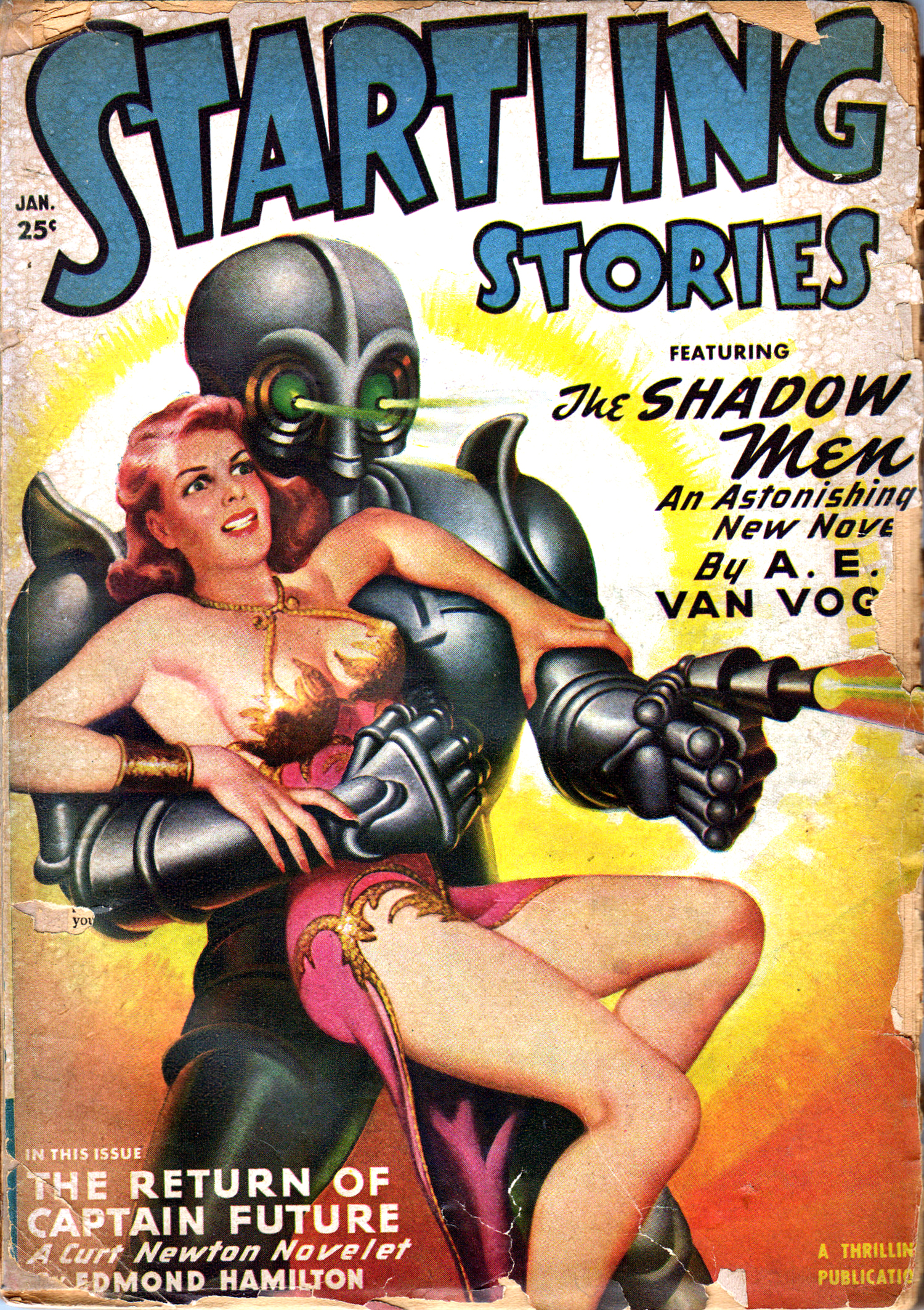 Let’s face it, a primary reason for these shiny breast-coverings was simply to titillate potential buyers. How exciting would it be to have space maidens wearing baggy T-shirts and overalls? 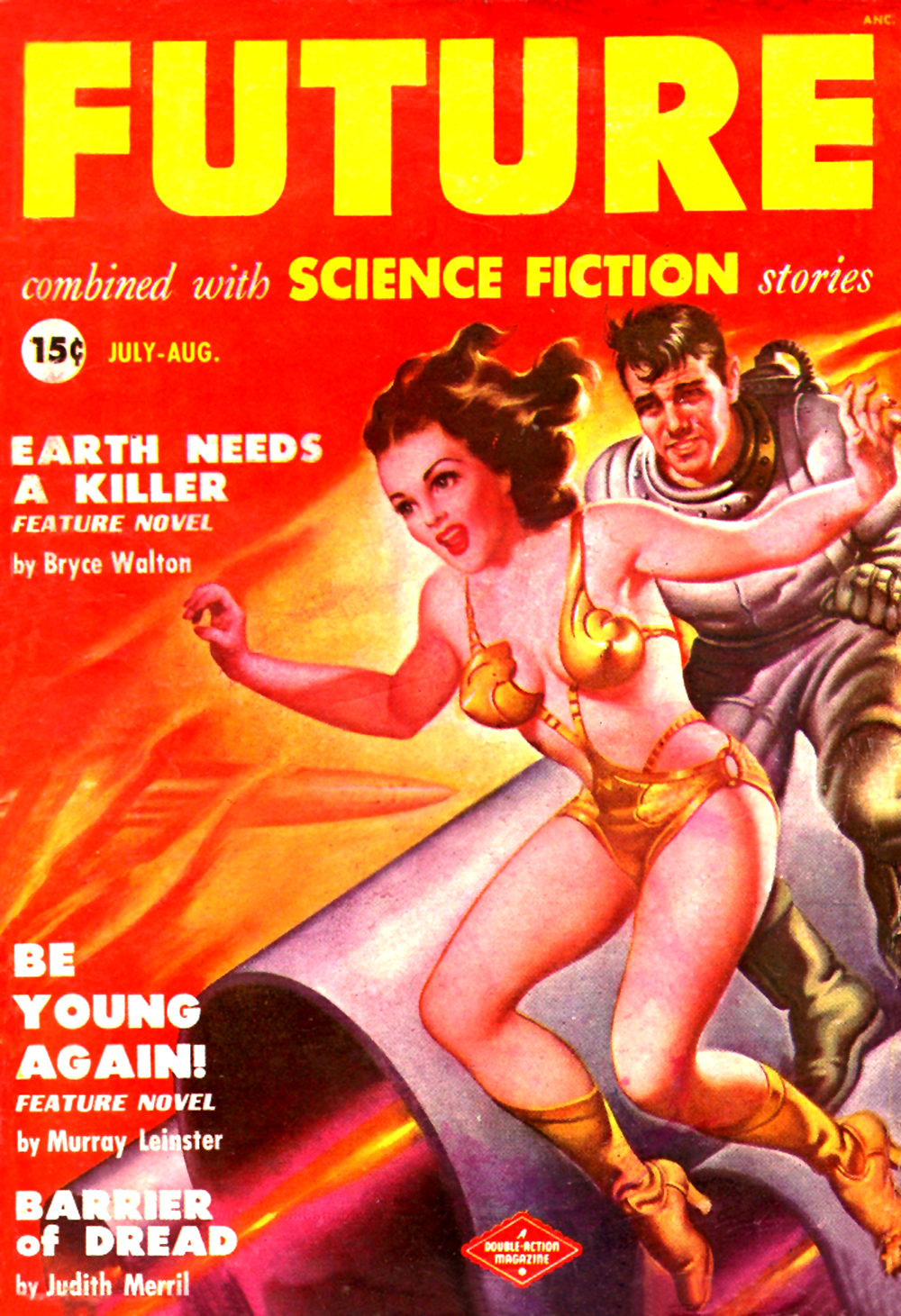 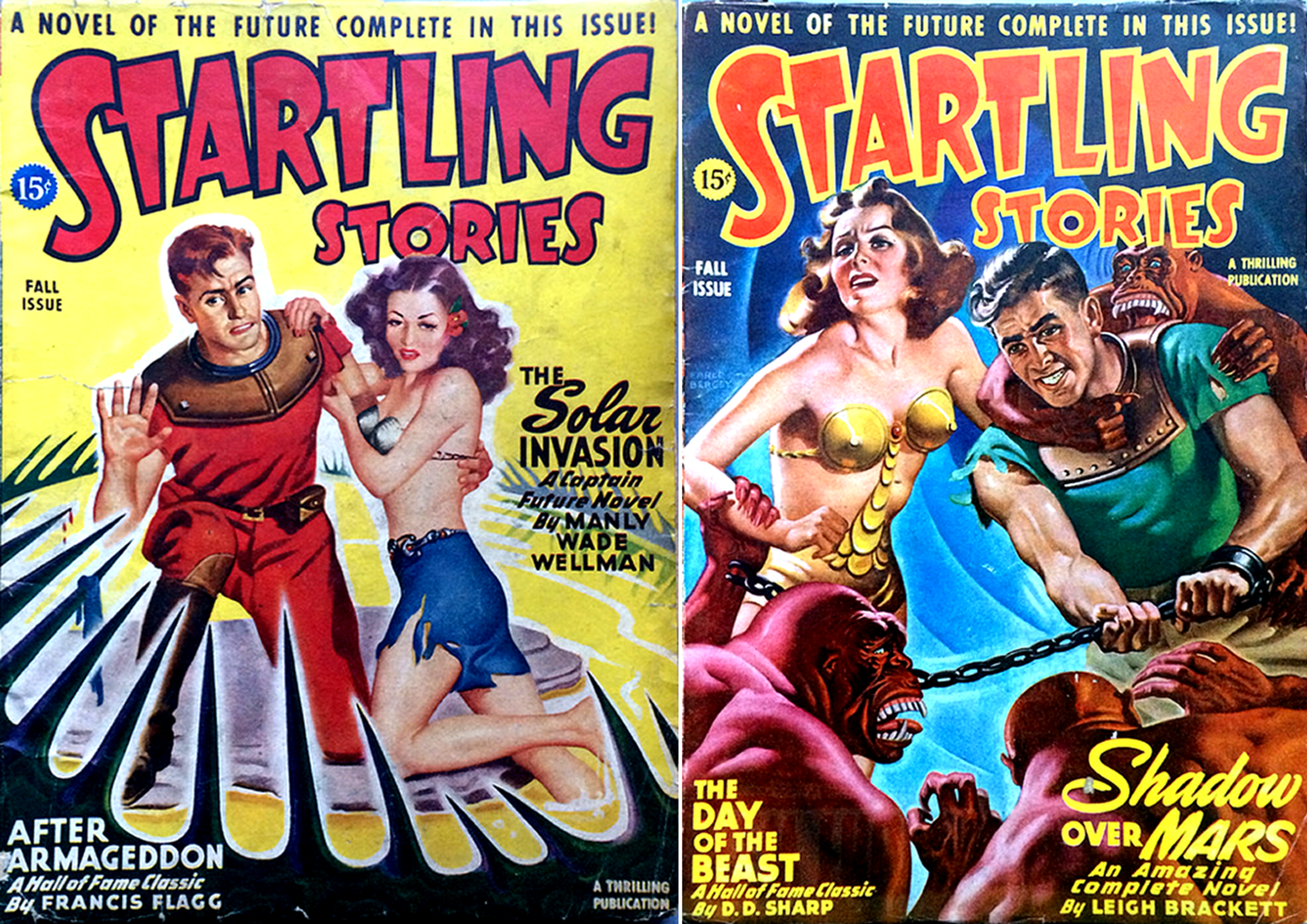 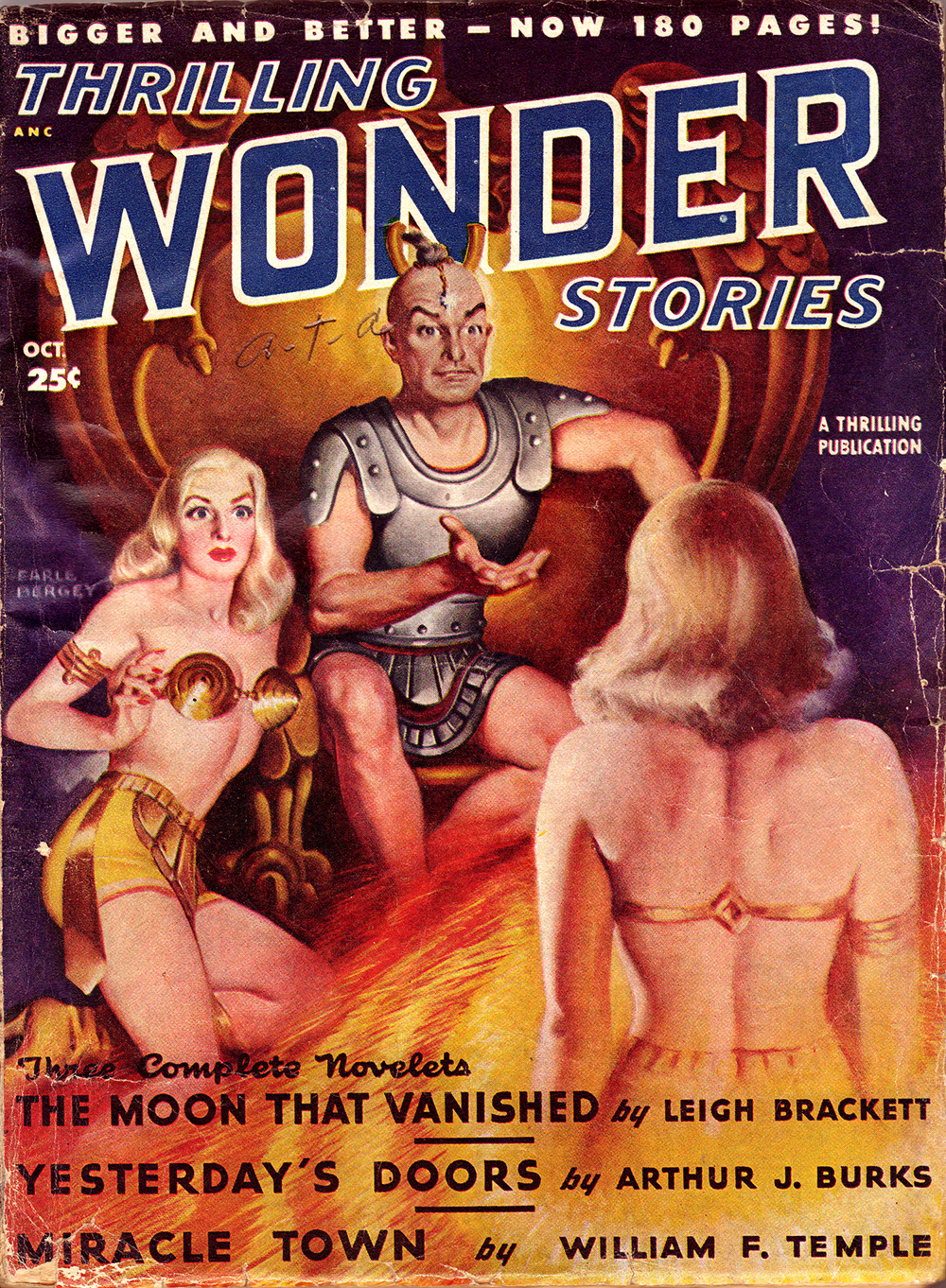 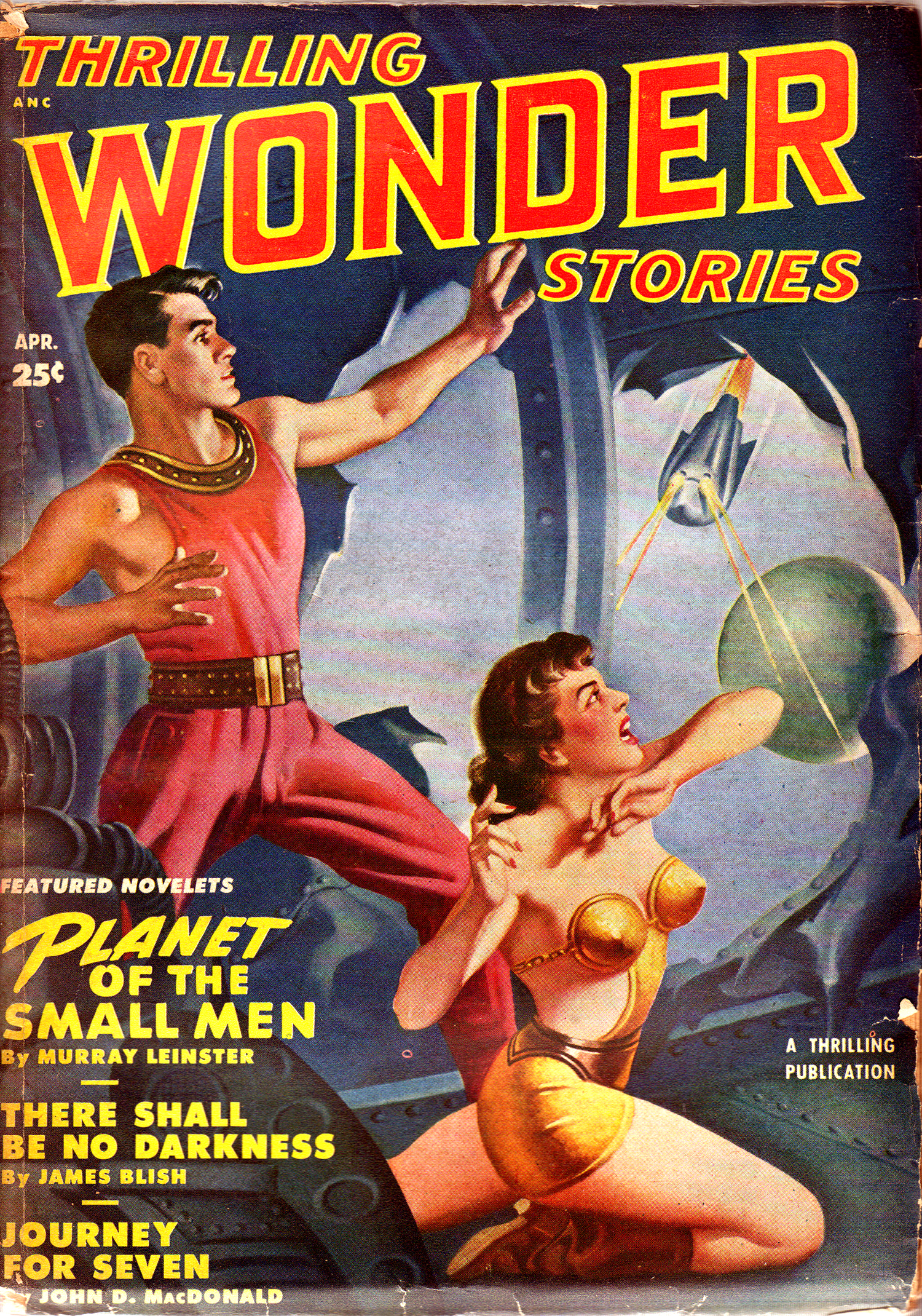 That would be awesome if those lasers ricocheted off her metal brassiere and destroyed that evil space ship.  Saved by the metallic space-bra! 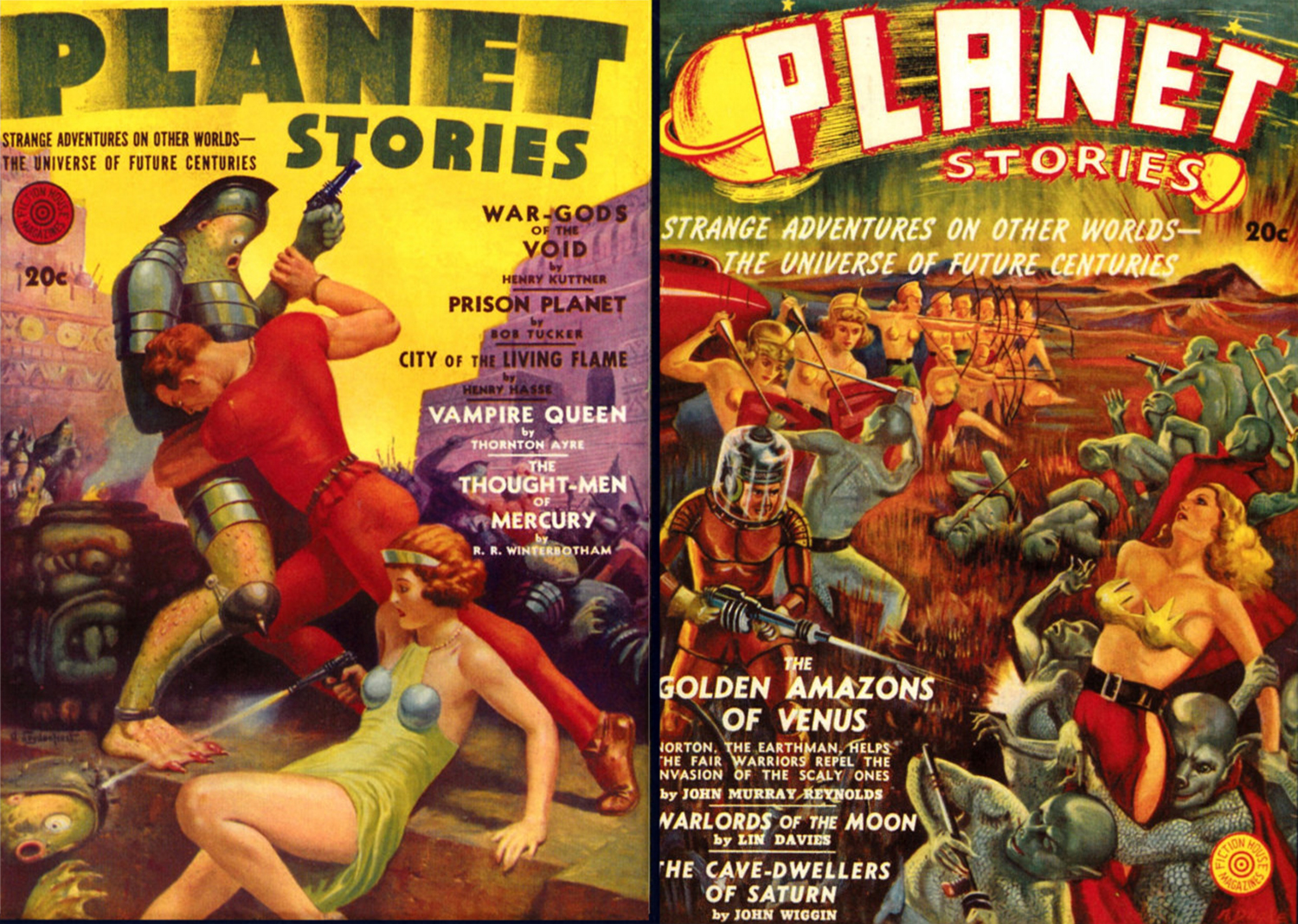 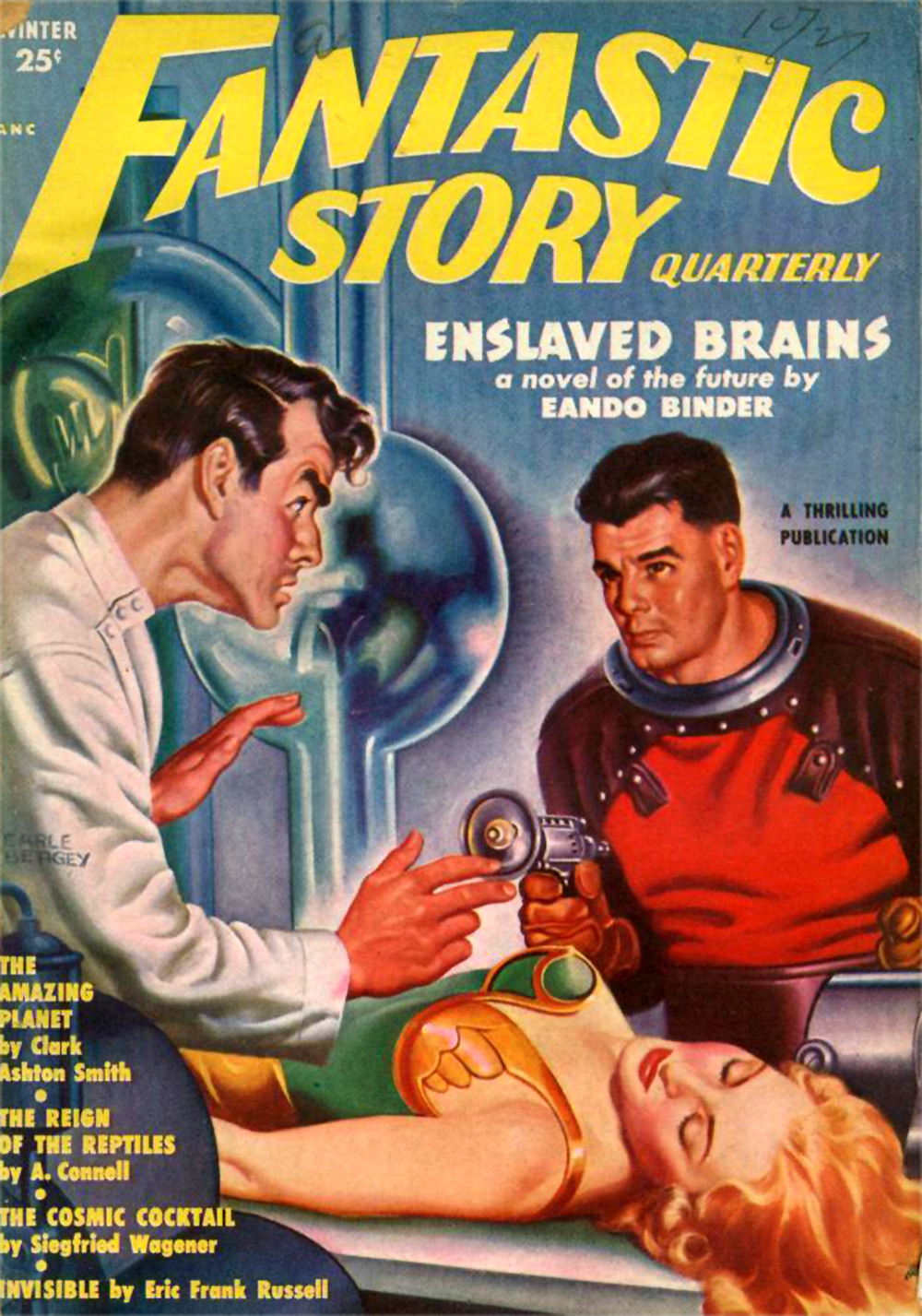 Woah.  It looks like this doctor was about to have his way with that space-bra; thankfully the space-ace stepped in. 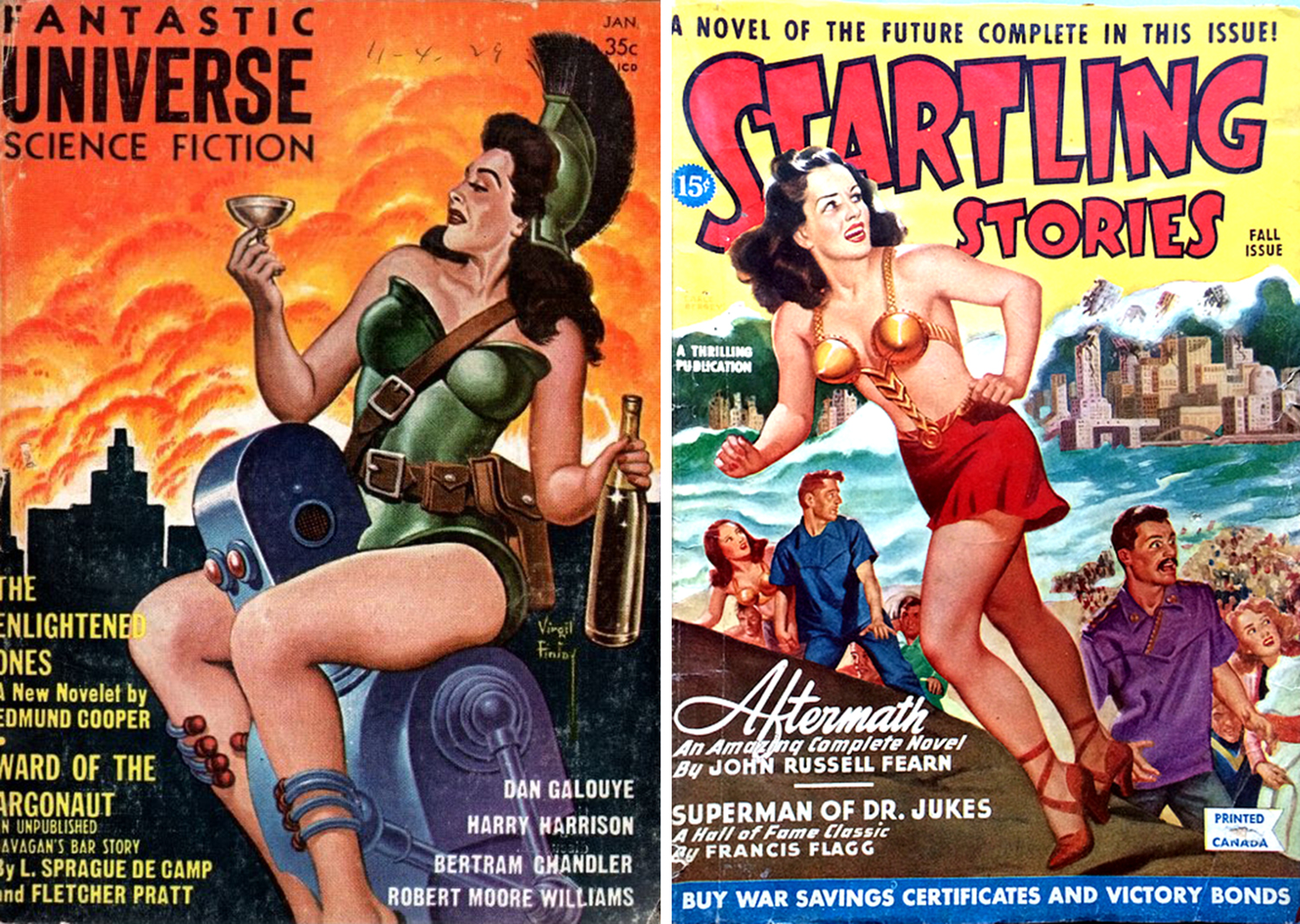 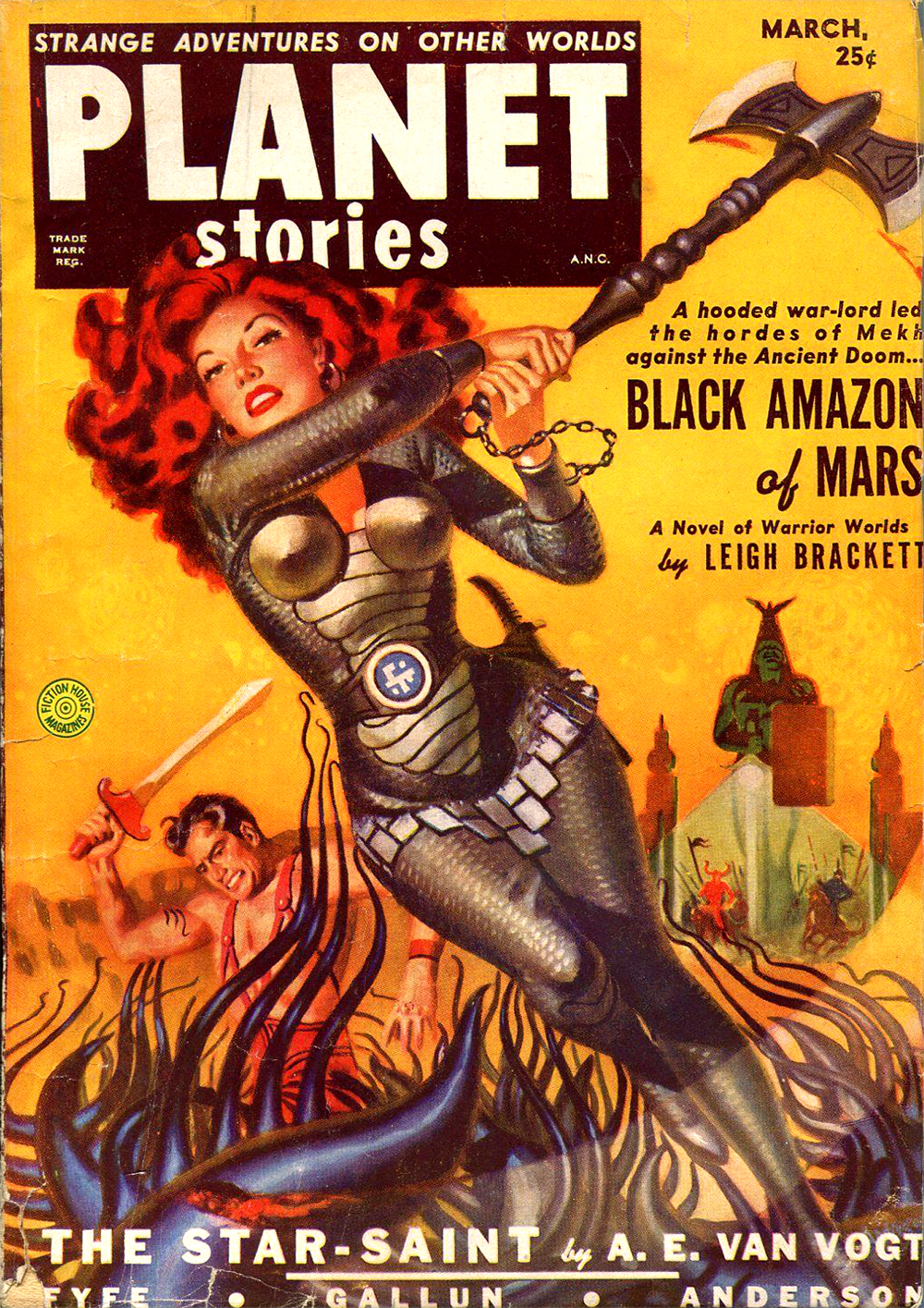 This Planet Stories cover from 1951 is hands-down one of the greatest pulp sci-fi covers of all time. 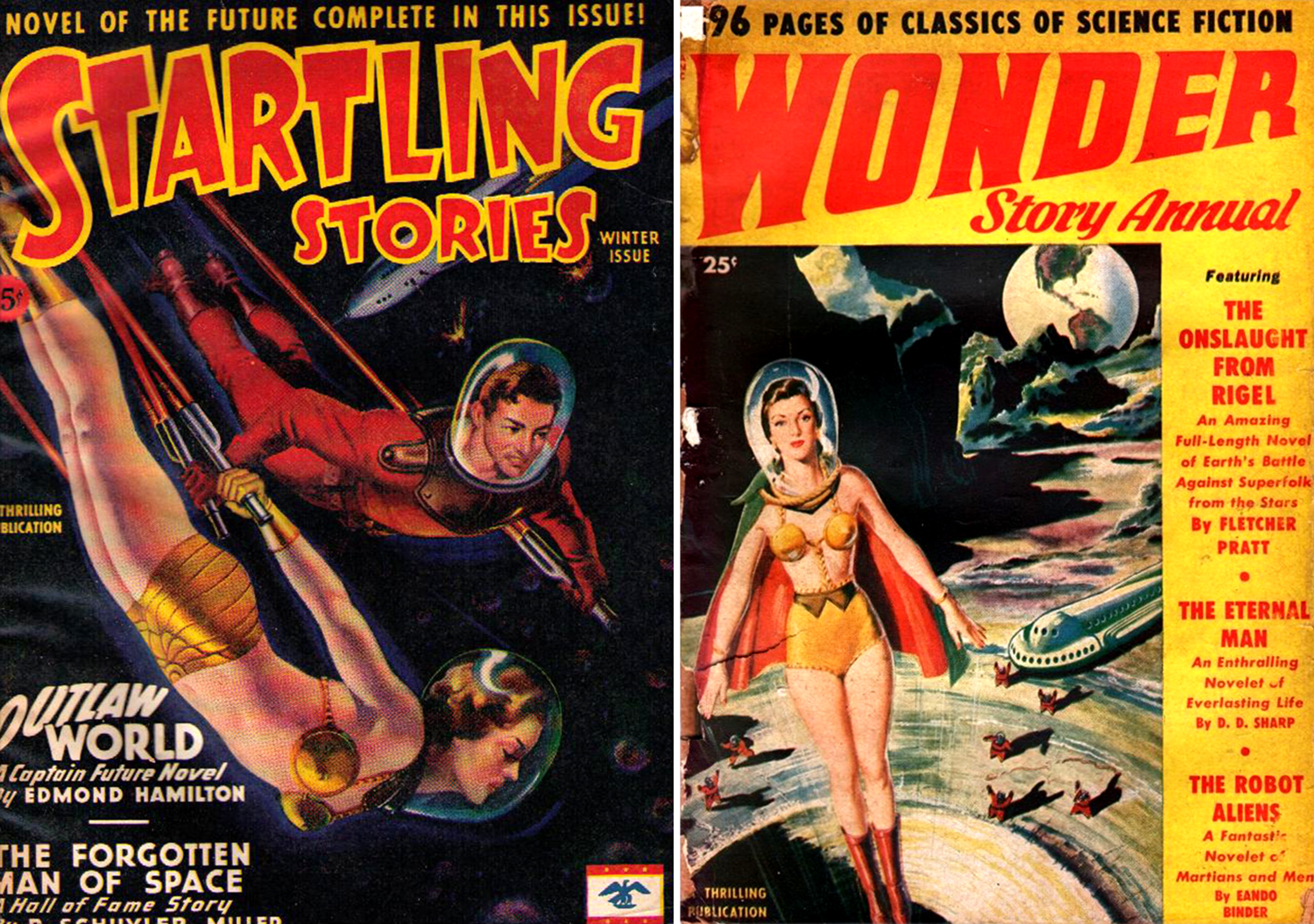 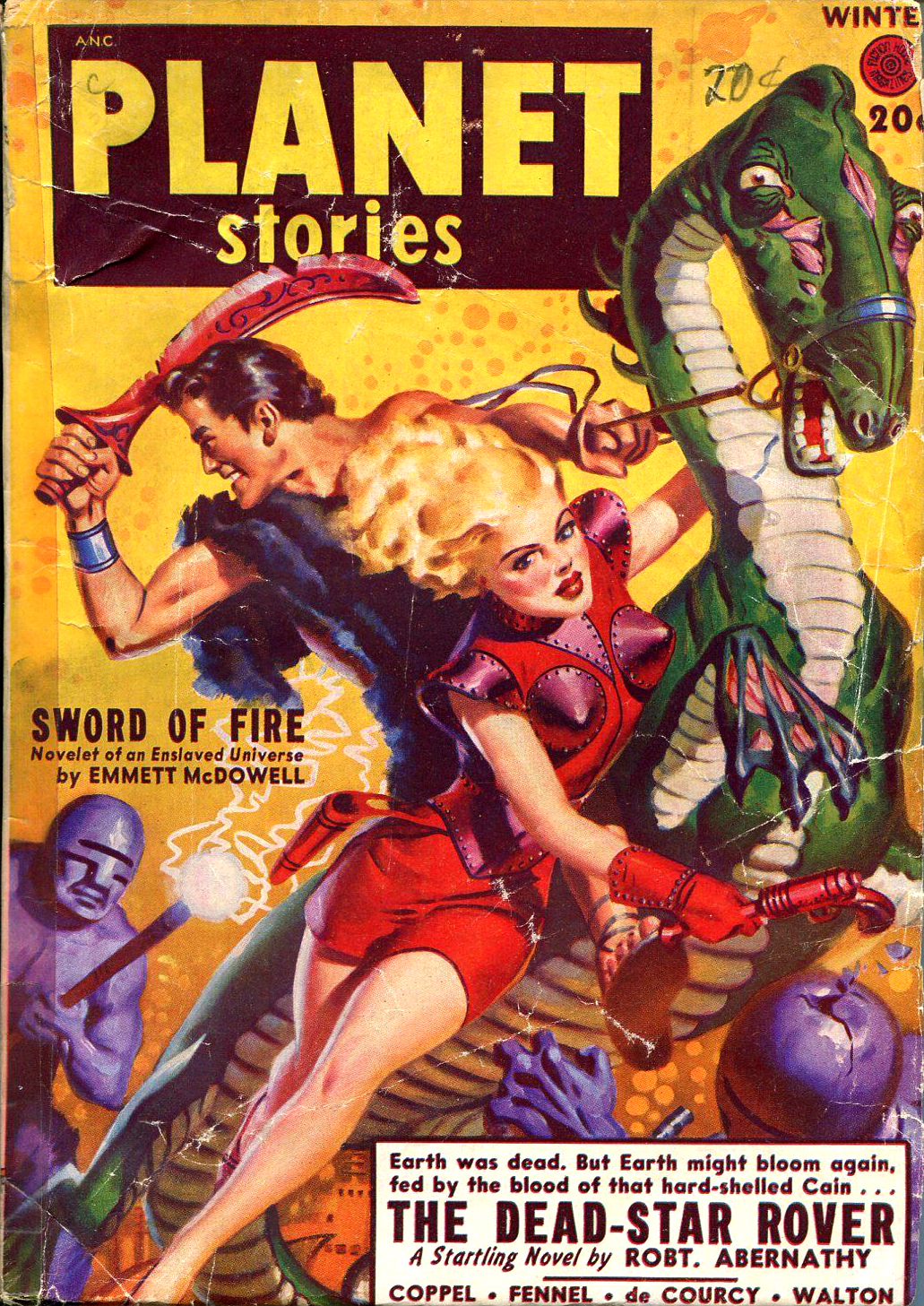 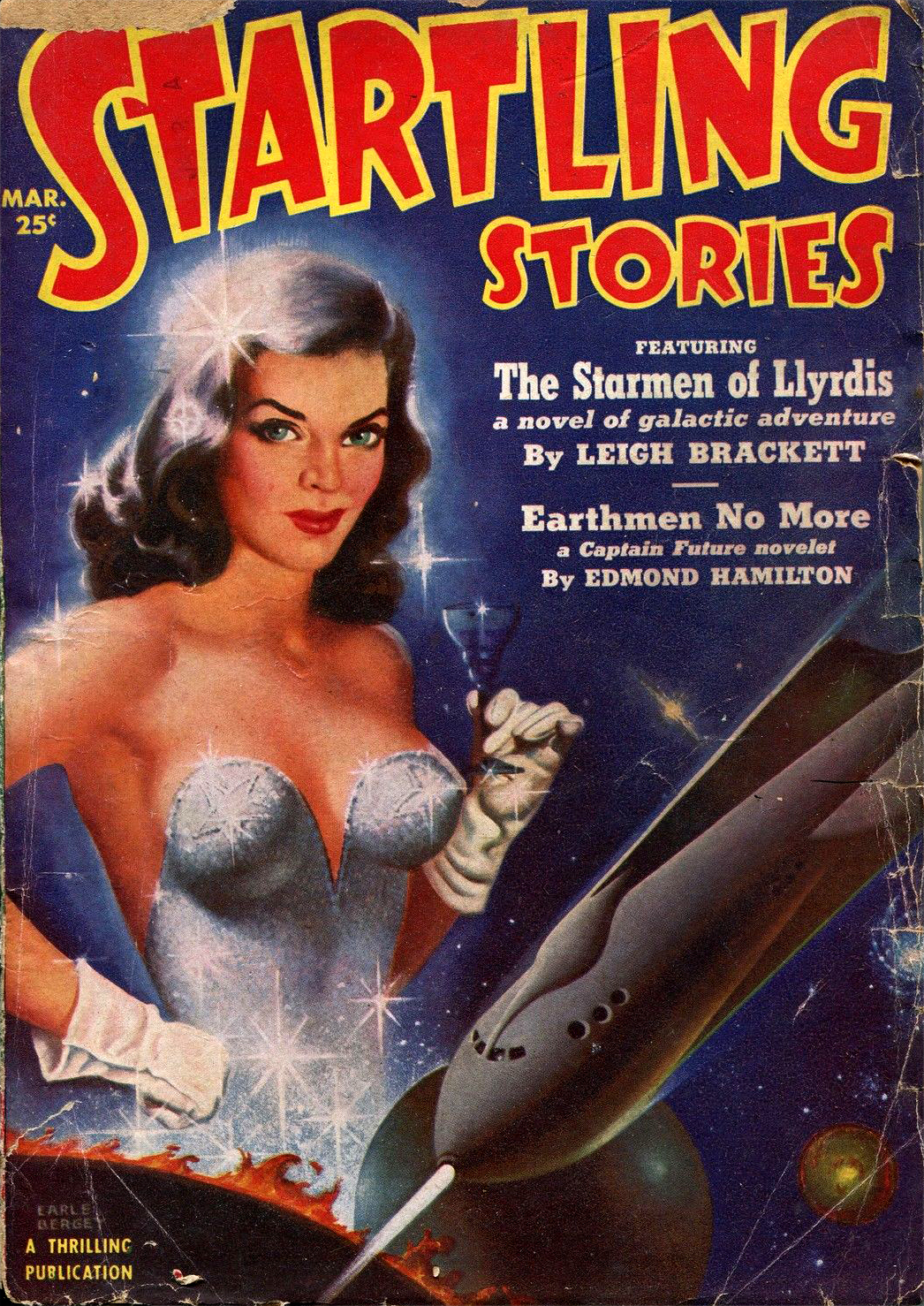 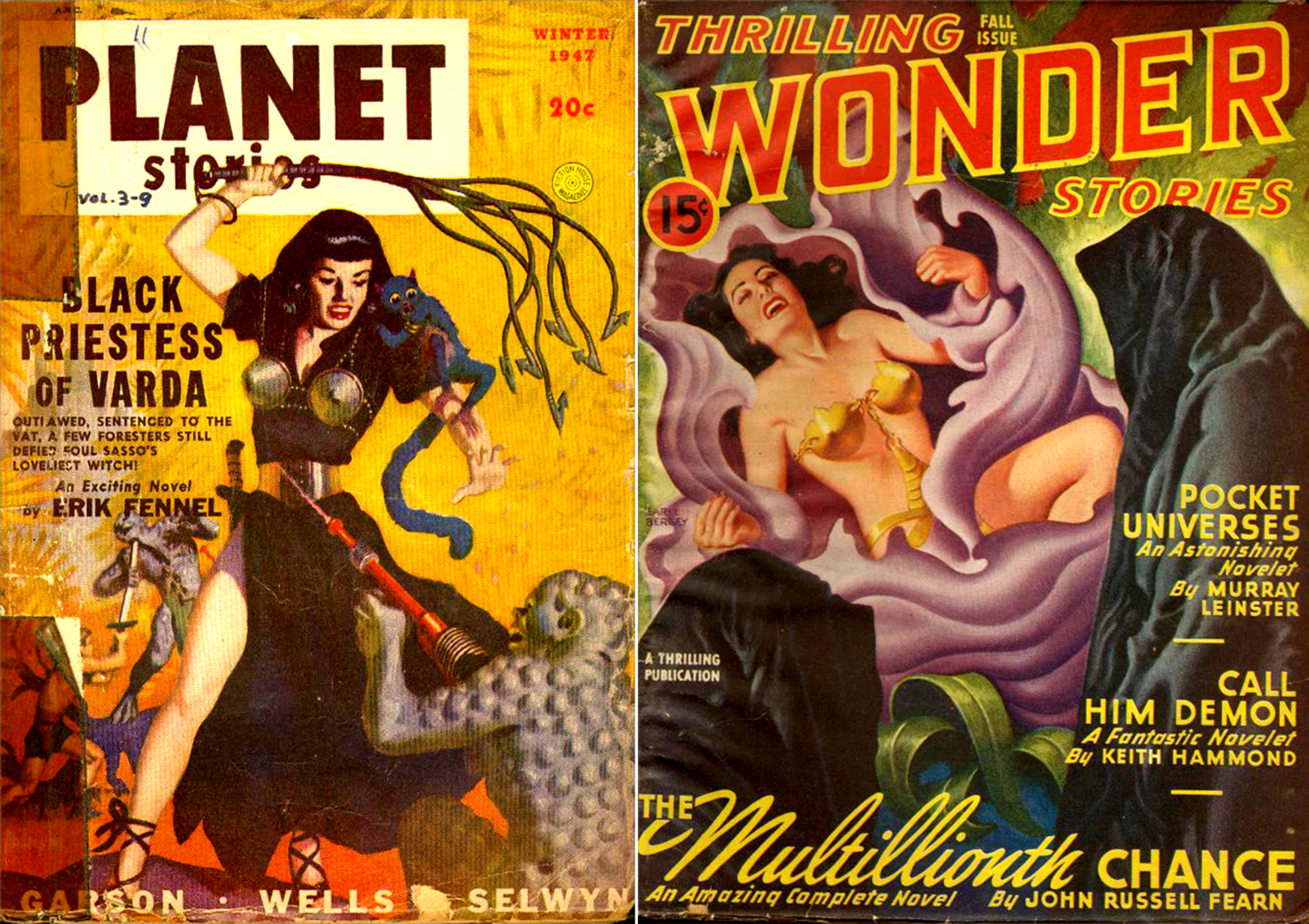 Of course, the metallic space bra trend didn’t end with the 1950s.  Here’s an arcade game advertisement from the eighties displaying that old familiar shiny-intergalactic brassiere we all know and love… 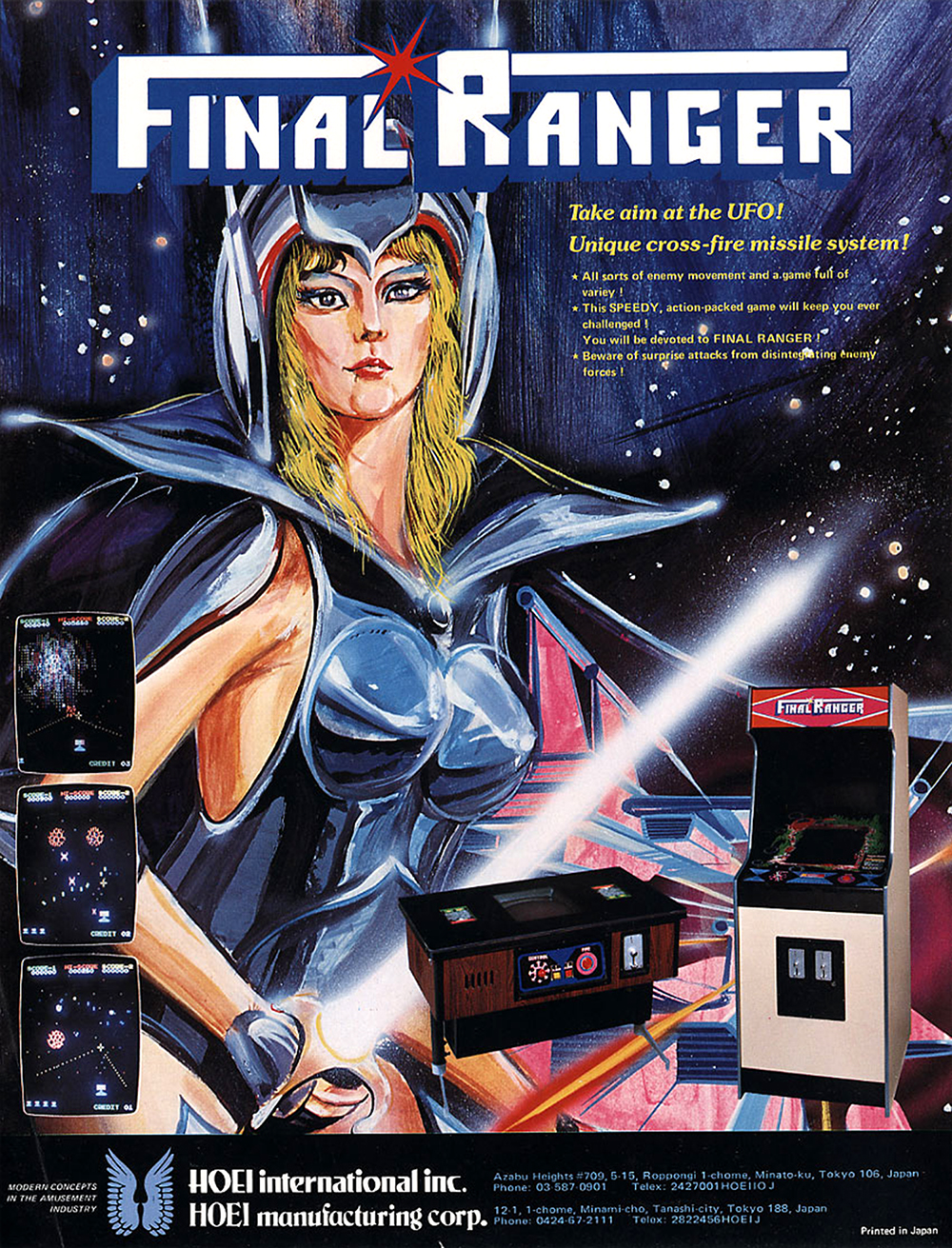 … and you didn’t think I’d go through a whole post on metallic space bras without mentioning slave Leia, did you?