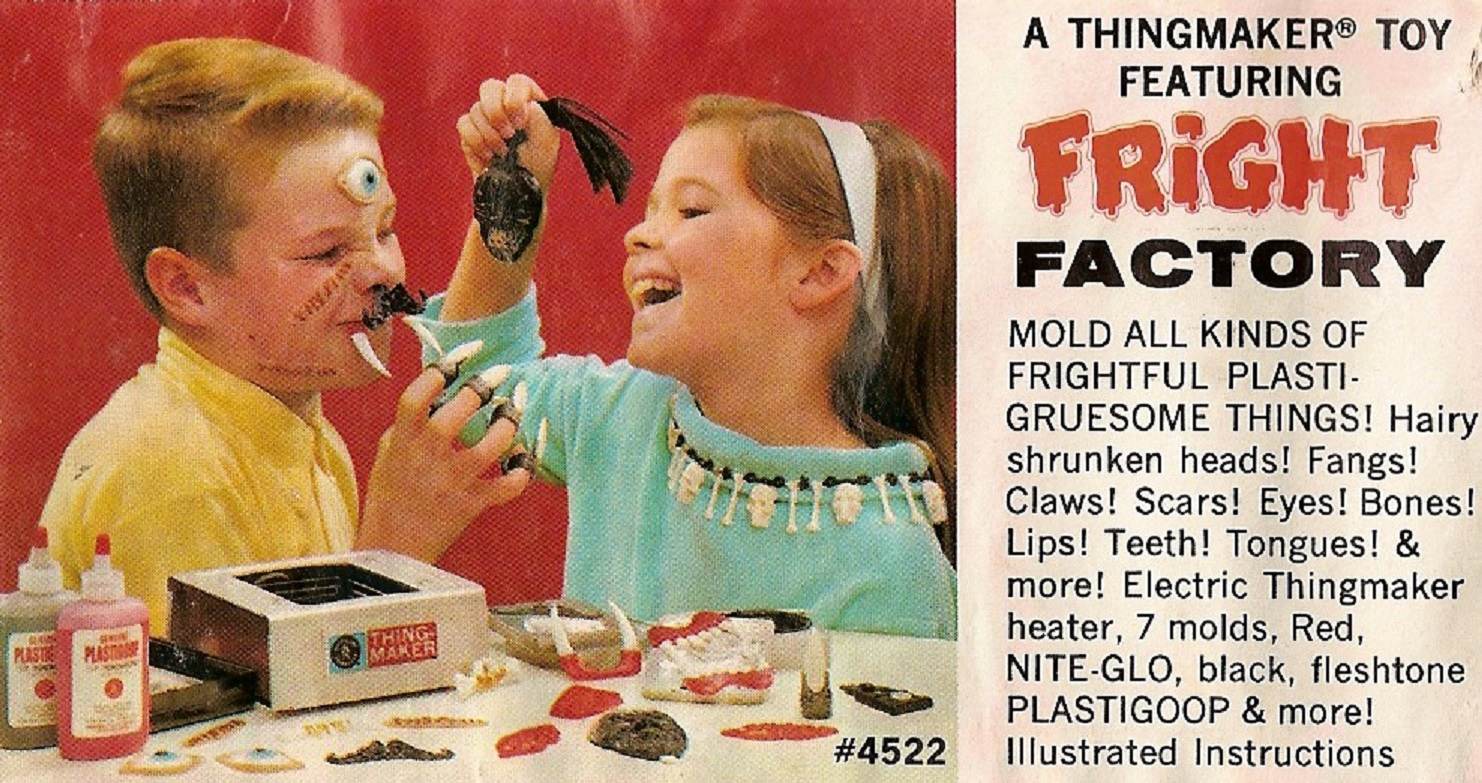 Although I was raised in the 1970s, a number of memorable toys from the 1960s ended up in my bed room, or on my closet shelf, including Mattel’s Strange Change Toy (1967) and the great….Thingmaker.

Mattel introduced the Thingmaker in the year 1964, and kids immediately fell in love with the toy and its concept. Basically, you would pour a slimy substance called “Plastigloop” — available in a variety of bright colors — into a metal mold, and then heat it up on an open hot-plate.

After a few minutes, you would have your very own (and very strange…) rubbery creature that you could scare your sister or brother with, not to mention your parents. 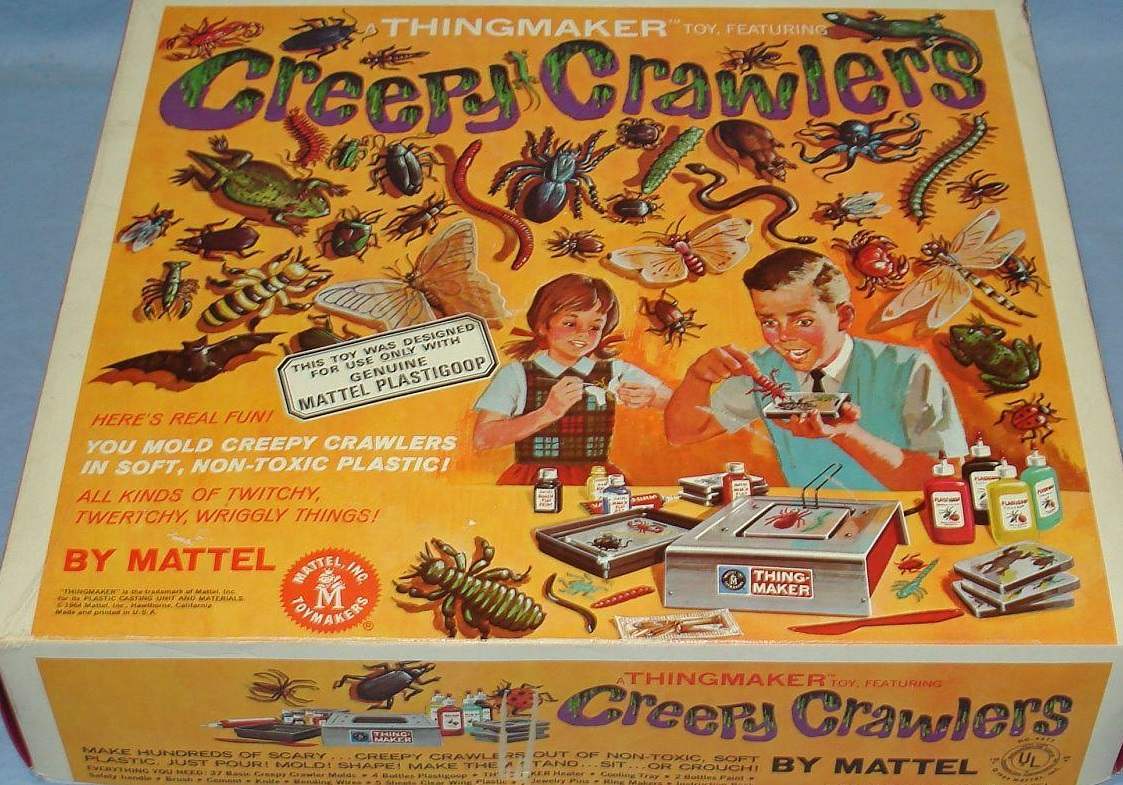 The Thingmaker later became known as “Creepy Crawlers,” and it is under that name that the concept has endured to the 21st century, and been introduced to further generations.

Here’s a couple of looks back at the first iteration of Mattel’s Thingmaker:

Mattel’s Thingmaker had a successful run in the 1960s. The company also released a variety of specialty mold sets in the 1960s, so you could use Thingmaer to create little blobby soldiers (Fighting Men set), fantasy figures (Mini-Dragons set), plants (Fun Flowers set), and even comic-strip characters (Super Cartoon set). 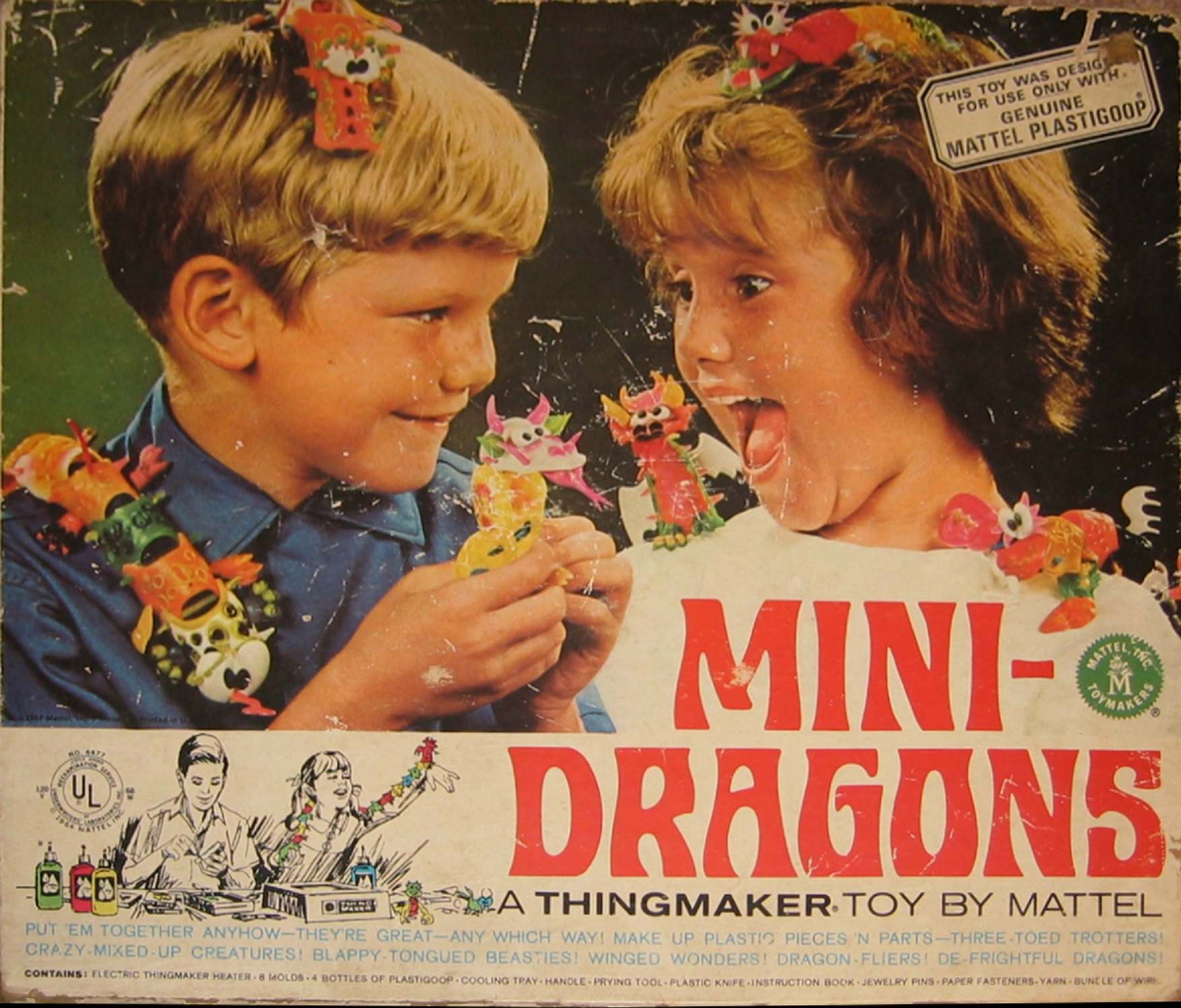 At one point, there were was even a set of edible monsters, the “Incredible Edibles.”

After the original toy’s success, Mattel marketed a “Super Thingmaker” and a “Triple Thingmaker” too. 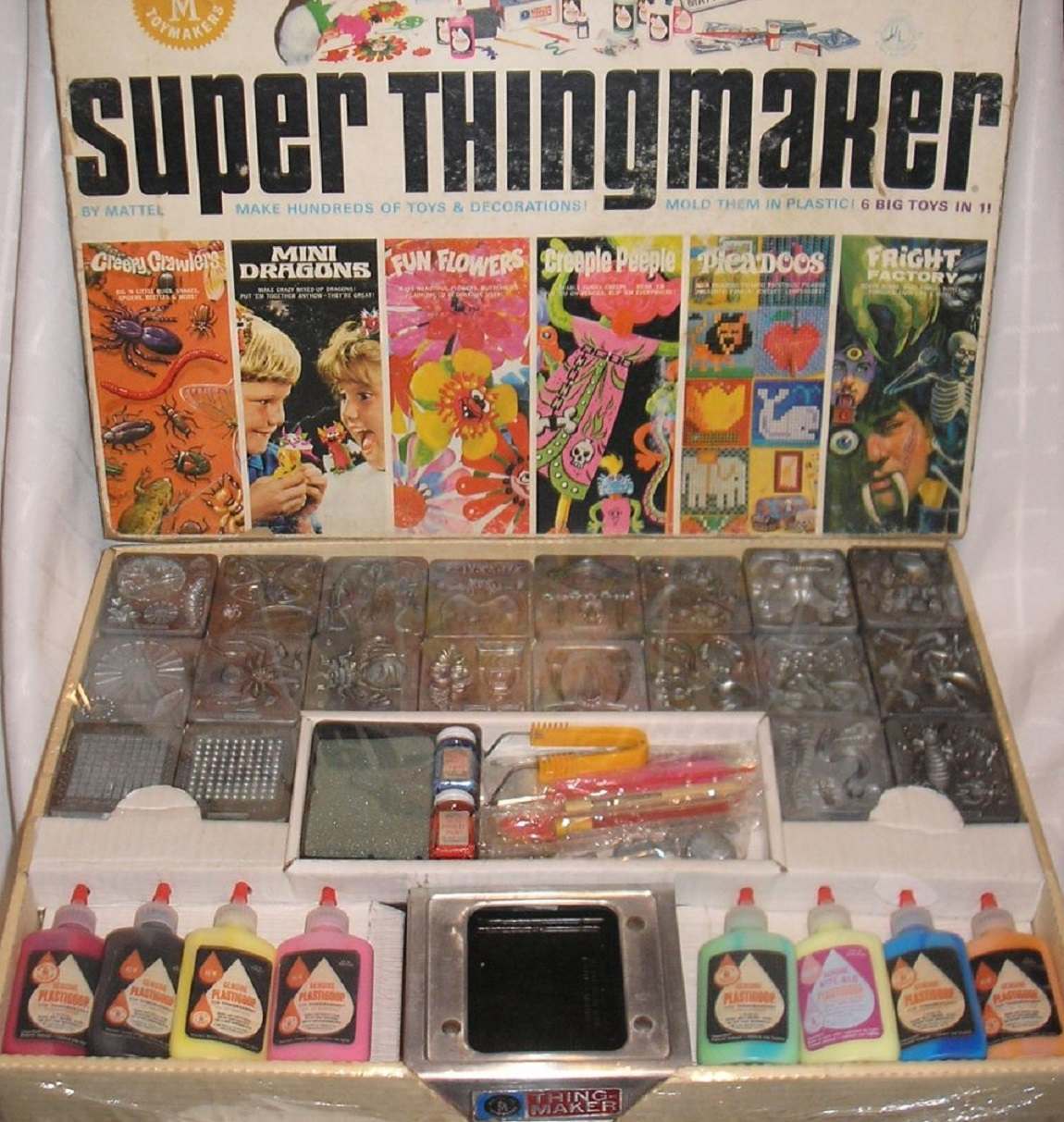 The Thingmaker II — the set for my generation — arrived in 1978, and introduced more kids to the little, rubbery buggers.

As was the case with the Strange Change Toy (featuring The Lost World), the Thingmaker sets were eventually discontinued over safety concerns, apparently.  Basically, these toys were just heating elements, and it was easy for kids to get burned by them.

However, the Creepy Crawlers concept has been revived in recent decades by ToyMax and Jakks Pacific.  My eight year old son owns a set from Jakks that he loves.  Here’s a look at the early 1990s reboot of the old toy:

And, just to add the overall weirdness of Creepy Crawler/Thingmaker history, in 1994, there was even a Creepy Crawlers animated TV series produced by Saban: