American dispensationalist pastor Rev. Clarence Larkin (1850–1924) illustrated his books with many intricate charts interpreting prophecy and explaining God’s action and its relation to Christianity in human history. Larkin advocated dispensational truth  “God’s Plan and Purpose In the Ages” – a scheme that involves dividing the Bible into time periods, End of Day and an obsession with Jews and their return to Israel. “According to dispensationalism, each age of God’s plan is thus administered in a certain way, and humanity is held responsible as a steward during that time,” says Wikipedia. “Dispensationalist Christians’ presuppositions start with the harmony of history as focusing on the glory of God and put God at its center – as opposed to a central focus on humanity and their need for salvation.” Got it? Maybe the charts can help?

“[T]he charts had to be thought out and developed under the direction and guidance of the Holy Spirit,” Larkin wrote in Dispensational Truth (1920). “In this the Holy Spirit did not confuse the Author by suggesting all the charts at one time. When one was completed another was suggested. And upon more than one occasion when a problem arose the answer was given in the night or at awakening in the morning.”

These very large, handmade color charts were produced by Larkin’s fellow travelers – they are 14-feet wide. The black and white charts are from a collection of his works: ‘Dispensational Truth or God’s Plan and Purpose in the Ages.’ 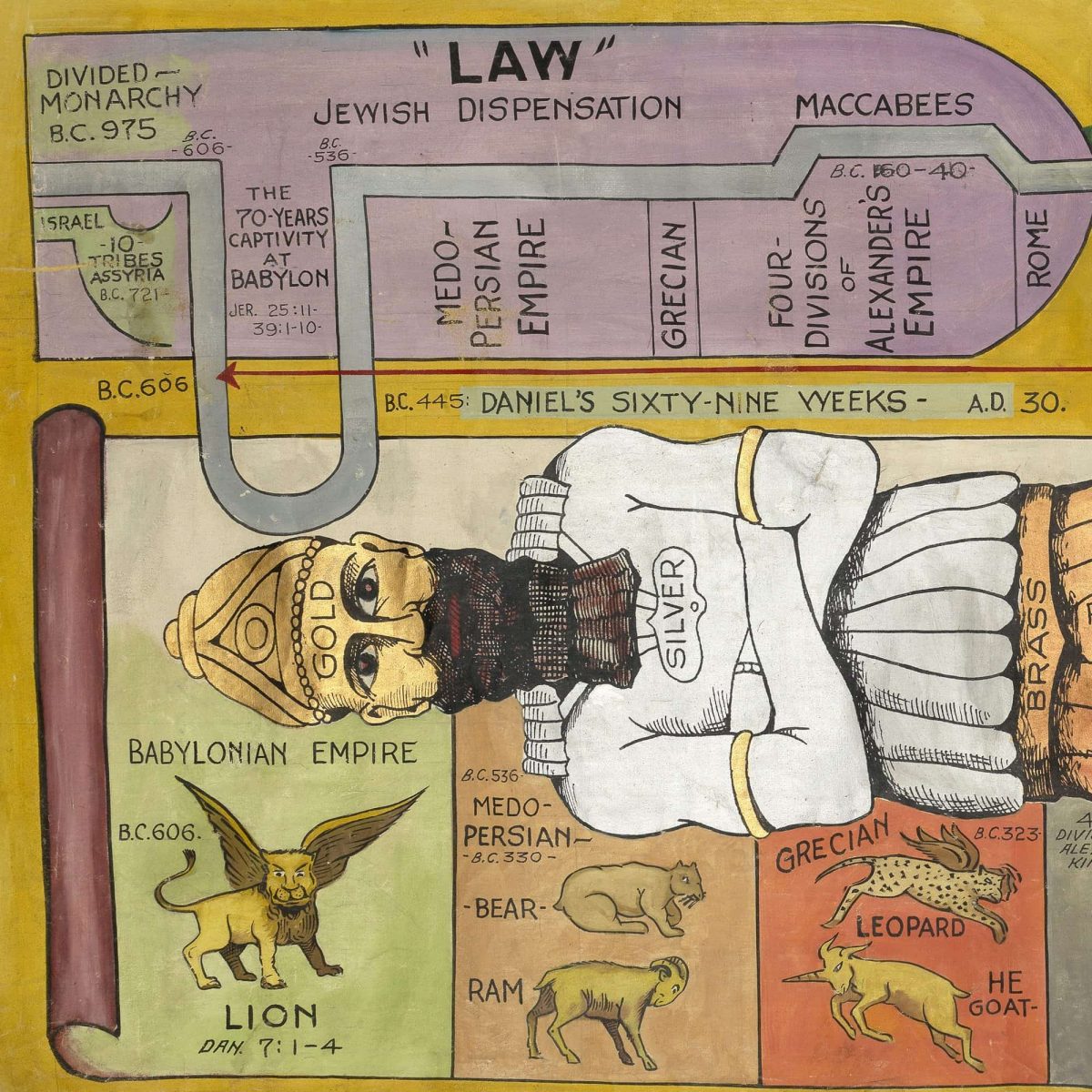 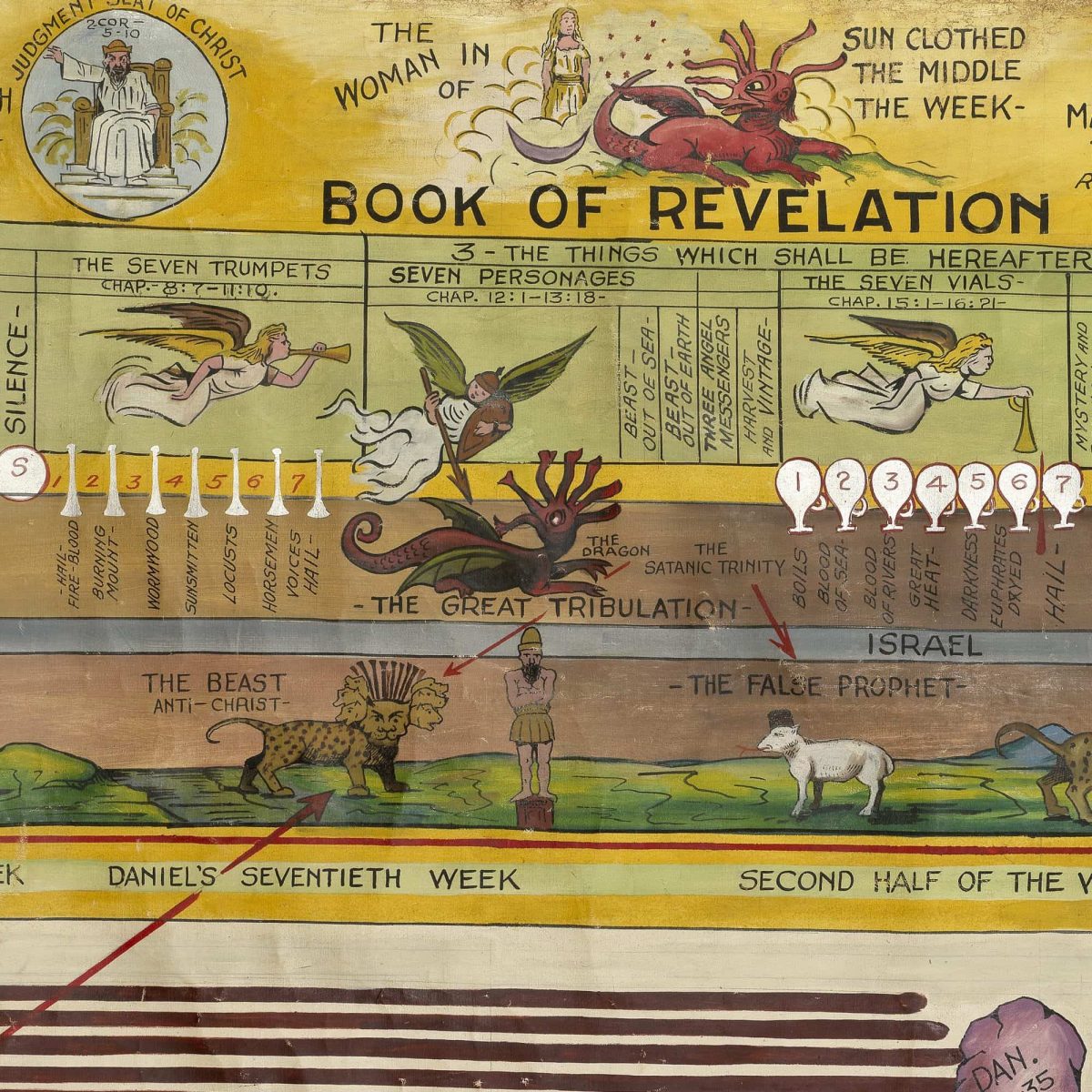 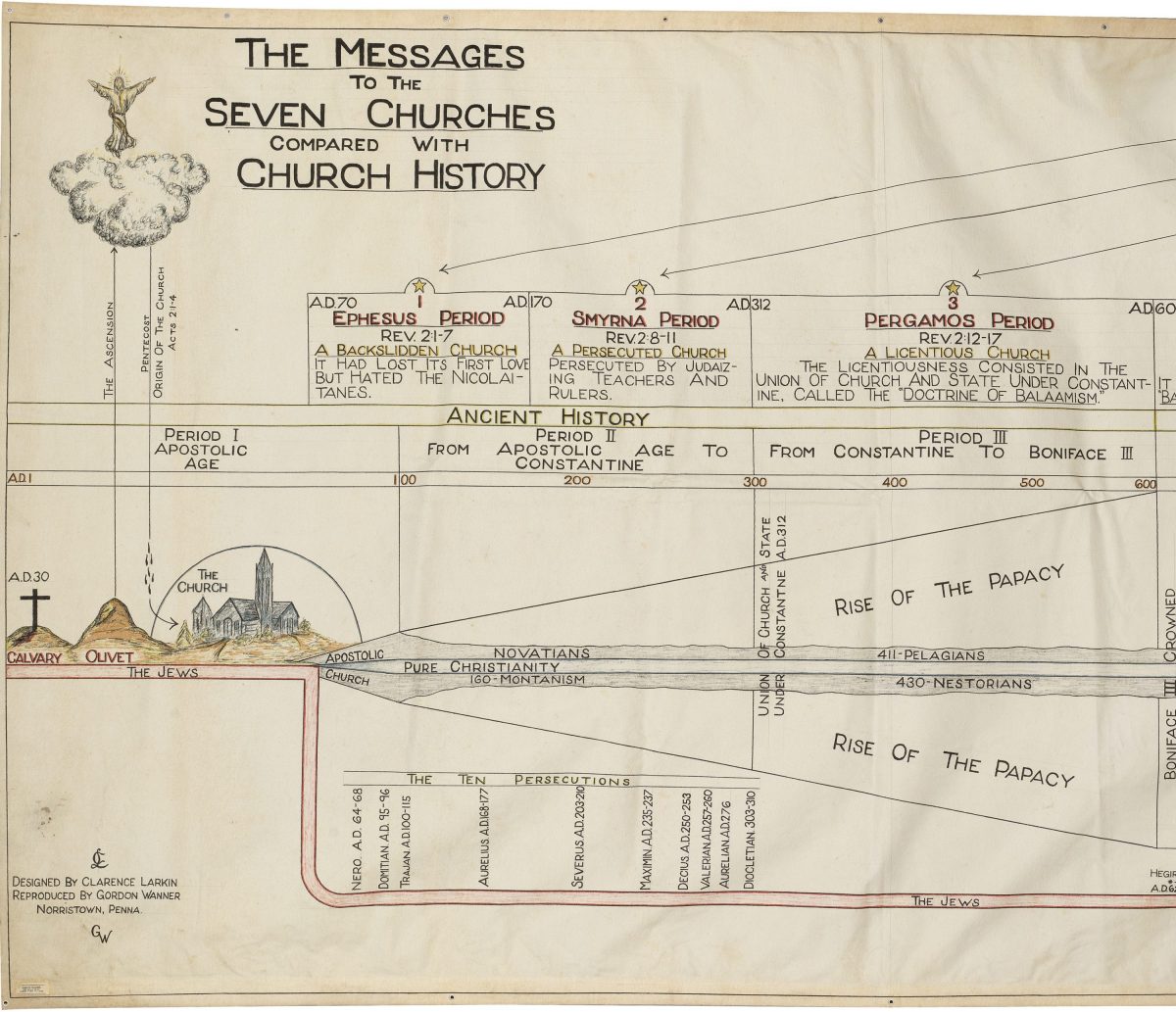 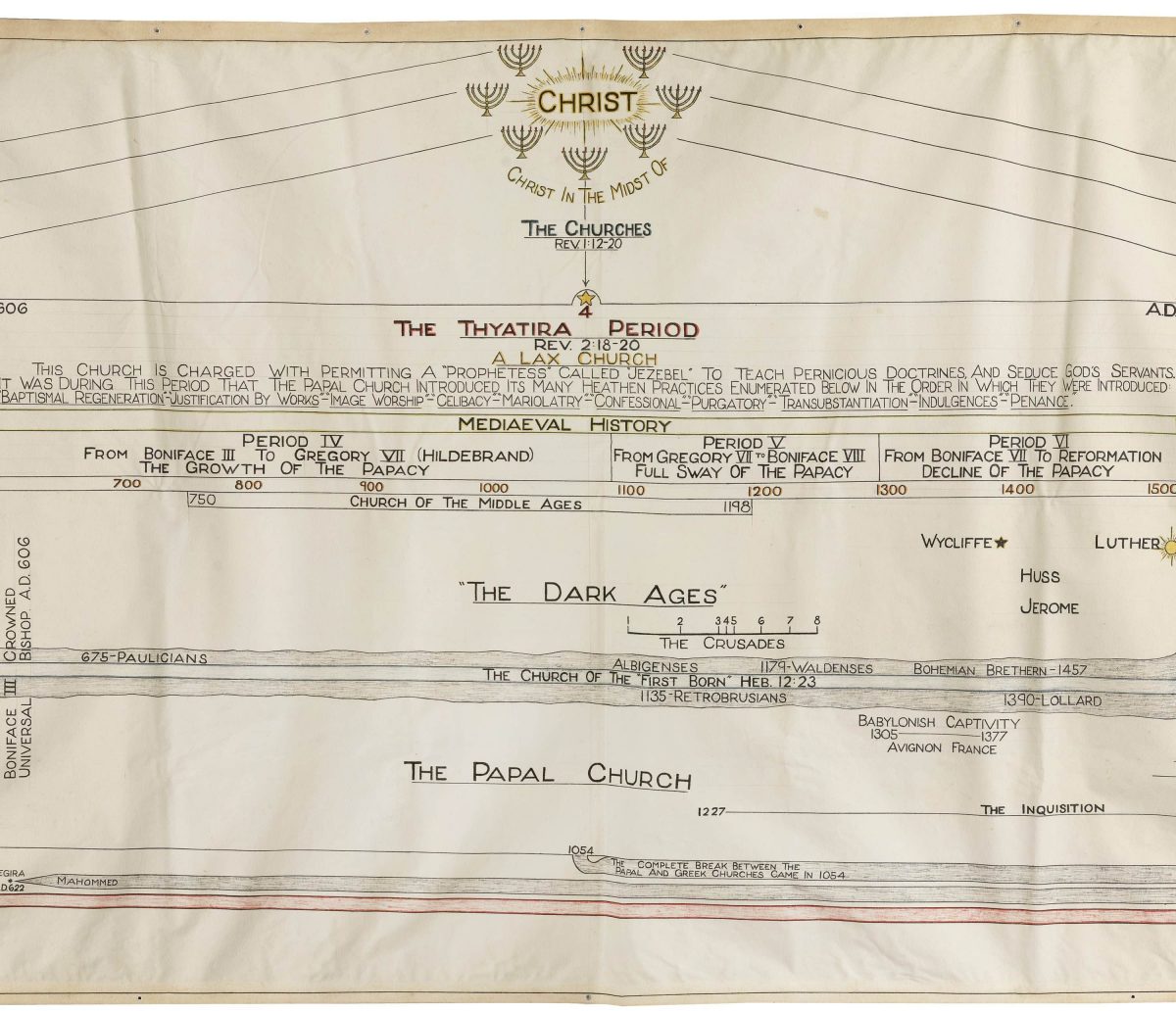 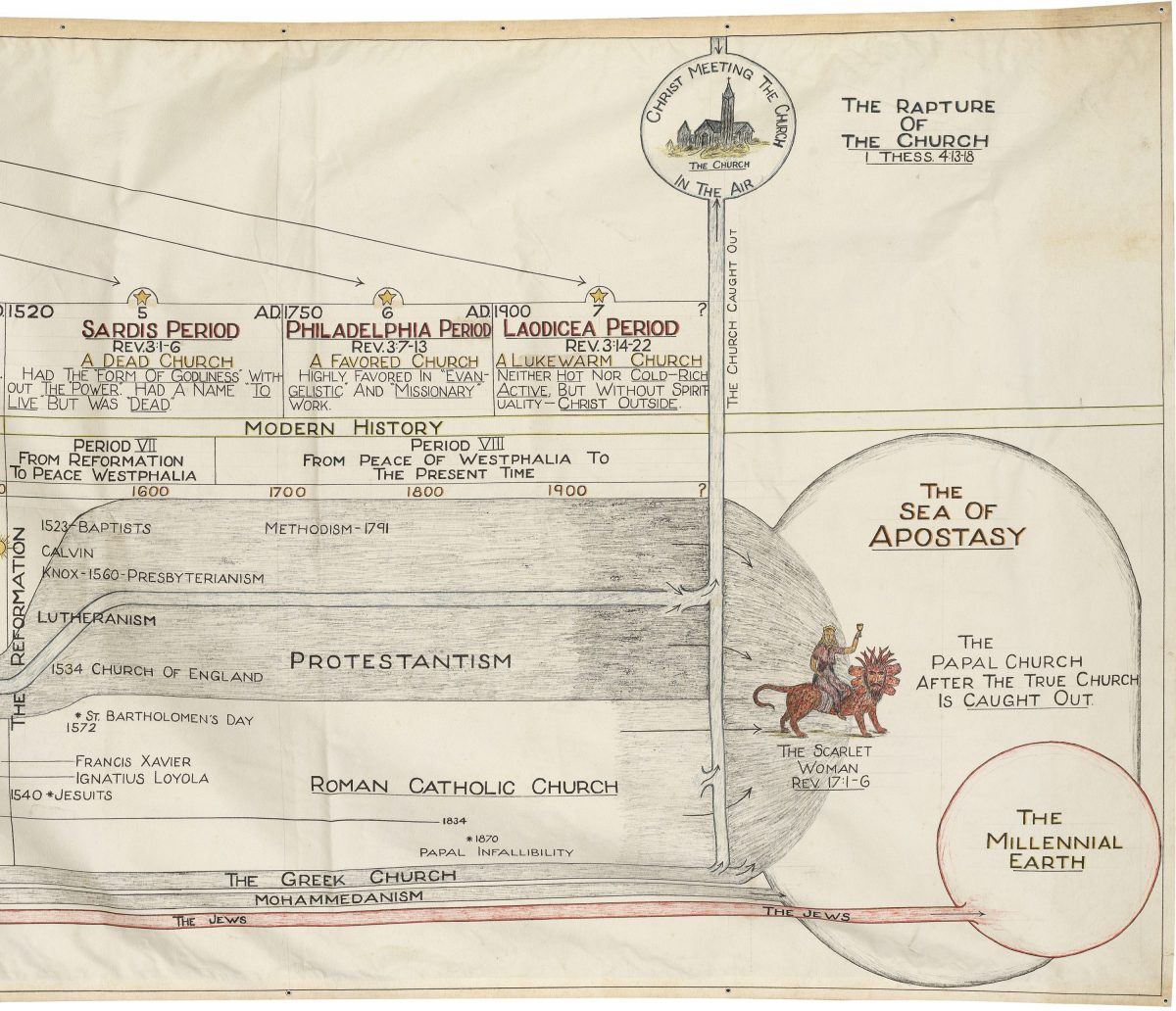 From Dispensational Truth or God’s Plan and Purpose in the Ages
By Clarence Larkin – Author of a Work on The Book of Revelation, and a Pamphlet on The Second Coming of Christ – 1918 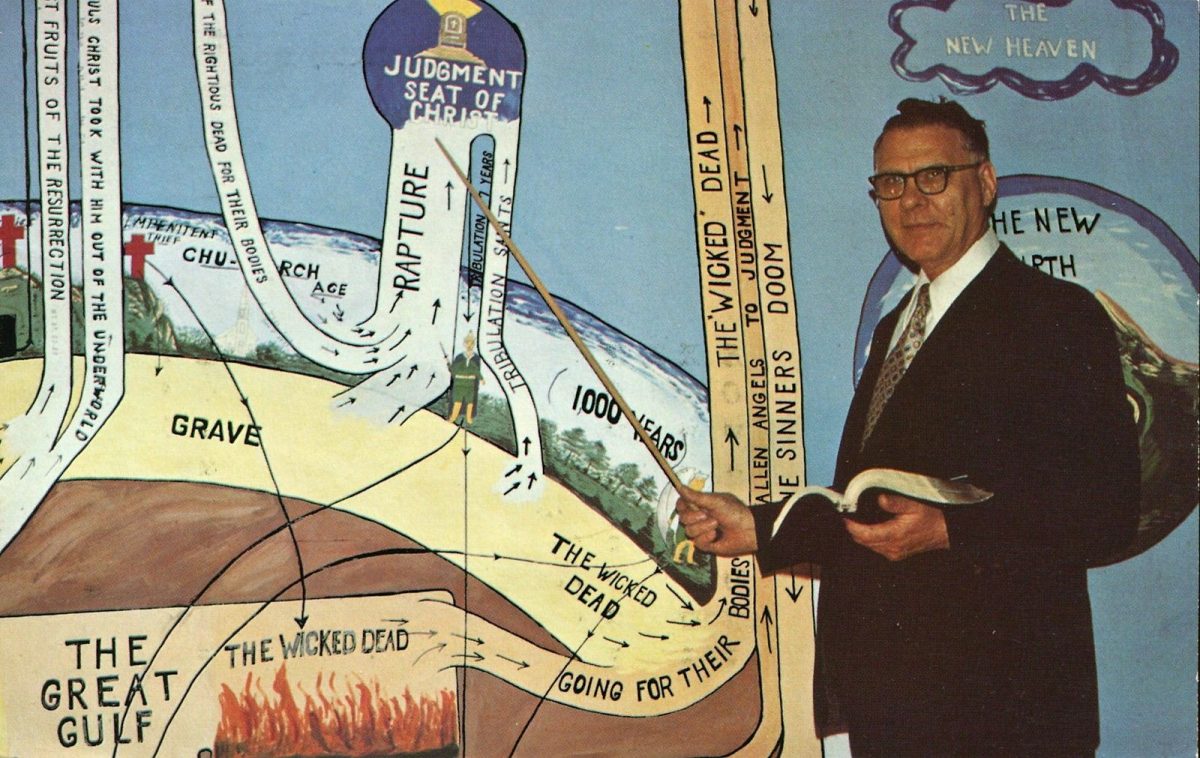