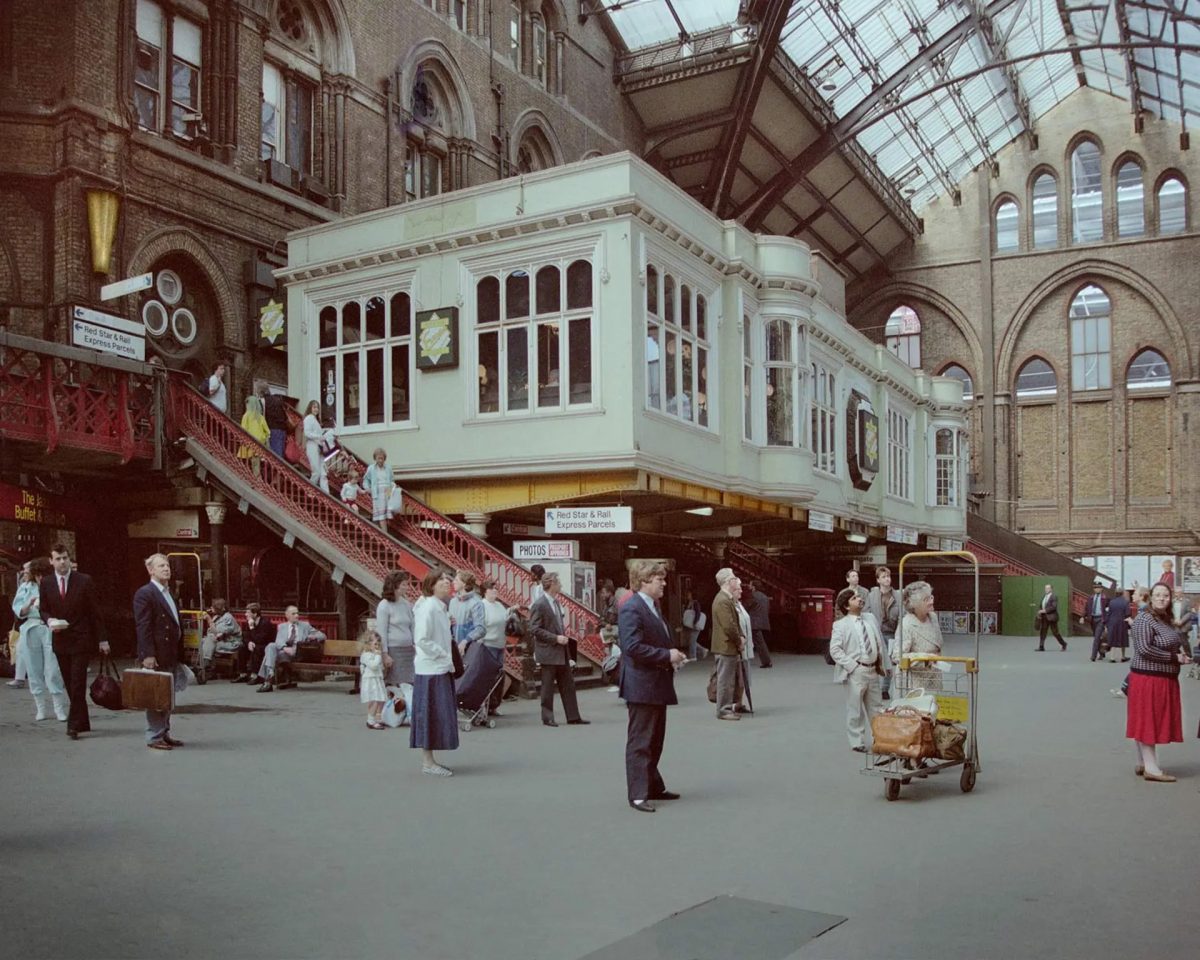 “It was difficult to know which shots would be valuable for the future, so I took a scattergun approach. I was limited only by the amount of film I could afford,” says Tim Brown, a train driver on the London Underground in the 1980s. This is East London before and during the change.

Tim used to travel on the 149 bus from Stoke Newington in Hackney to work. He passed the site of the old Liverpool Street station before construction of the Broadgate development. He shows inside the station (photo above). There’s the old station master’s office, “which was then a bistro; the platforms were extended through here. This area appears at the beginning of the film The Inn of the Sixth Happiness.” Then we’re off to Leytonstone and Canary Wharf to see the big money at work and for a ride on the Docklands Light Railway. 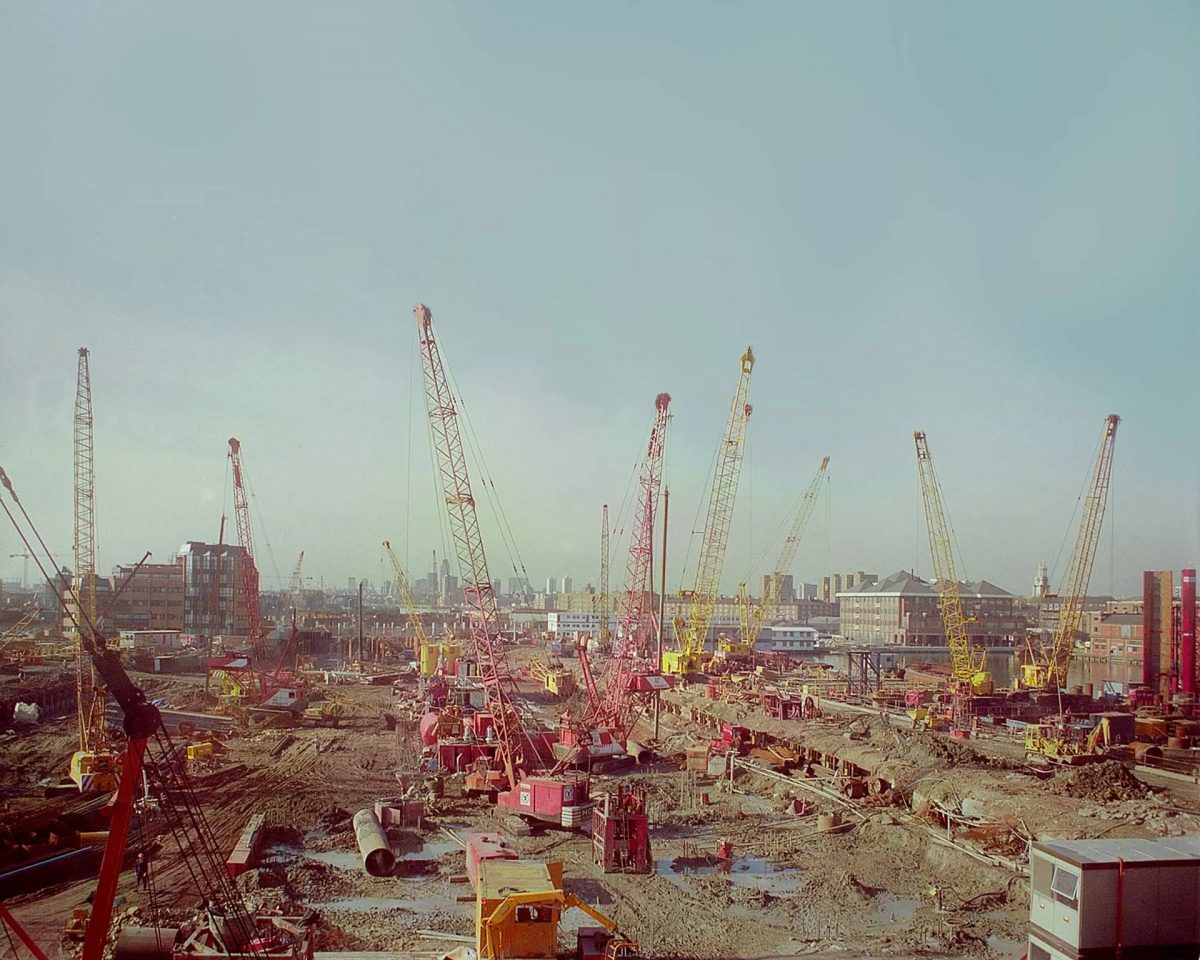 “In the image of what is now Westferry Circus, there’s a billboard opposite a bus shelter which shows a fantasy photomontage with the slogan ‘Canary Wharf: it will feel like Venice and work like New York.’ I was standing on a pile of rubble in the middle of a wasteland when I took that picture, and I was thinking how absurd the vision was and how unlikely it was to come true. But I suppose it has come true.” 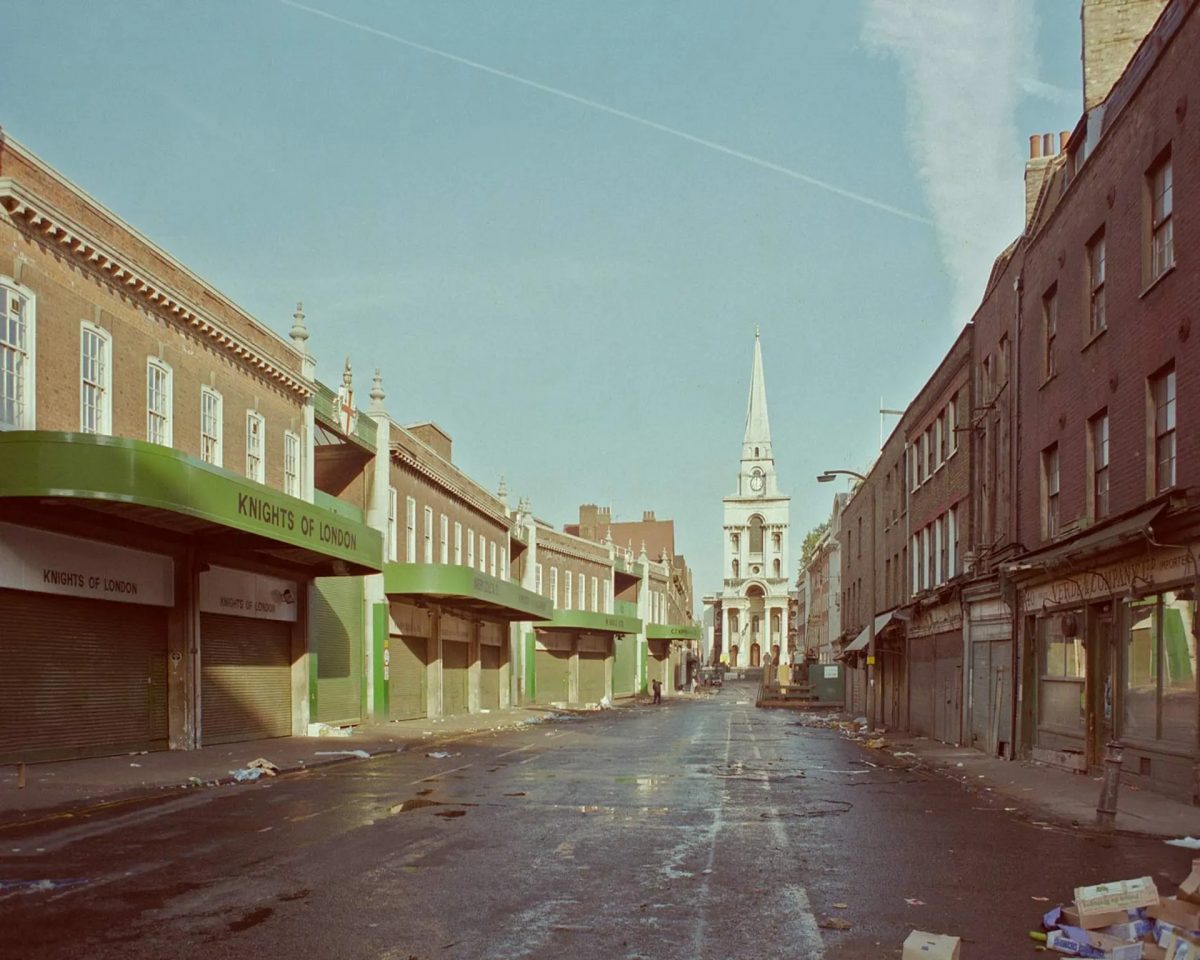 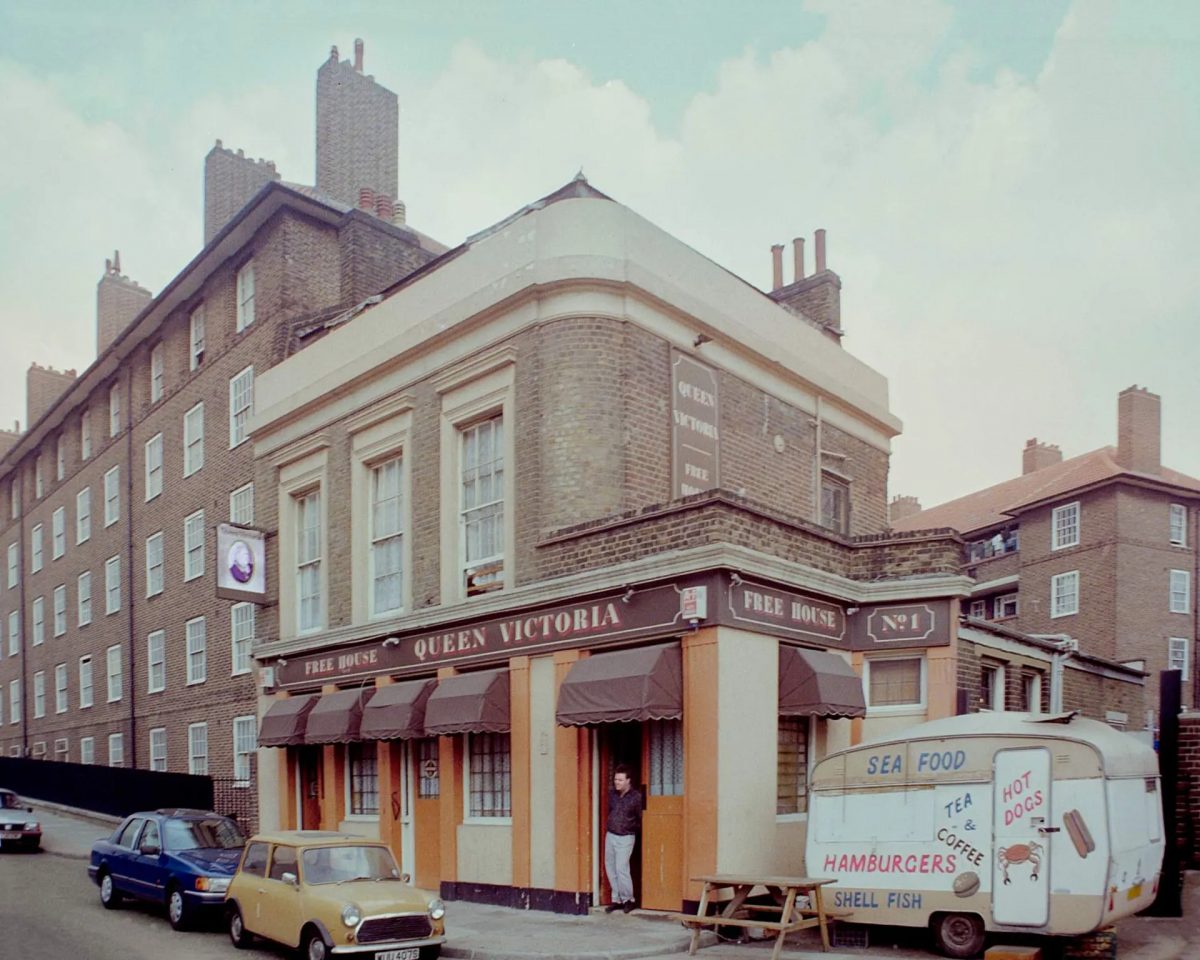 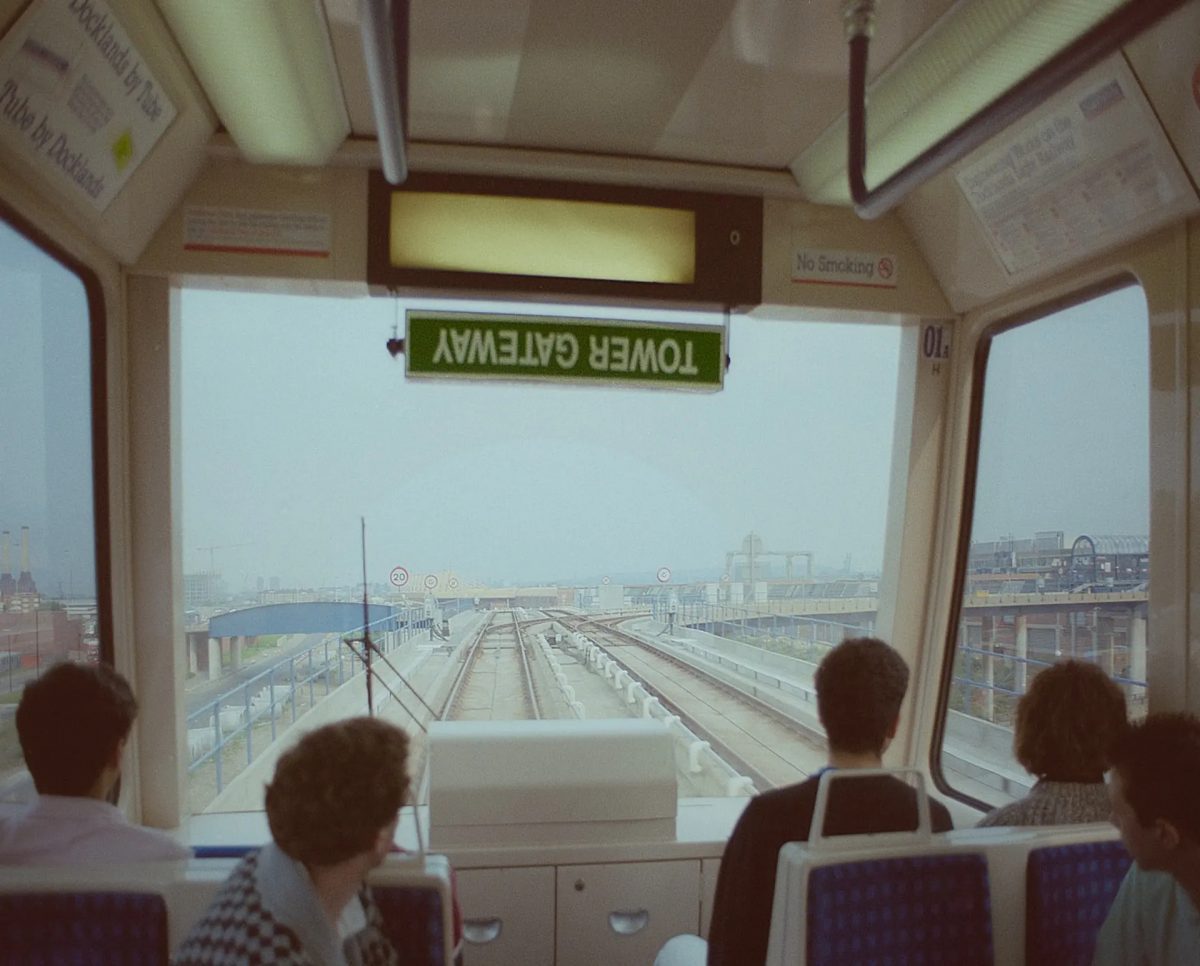 On the DLR travelling from Westferry to Poplar, 1988 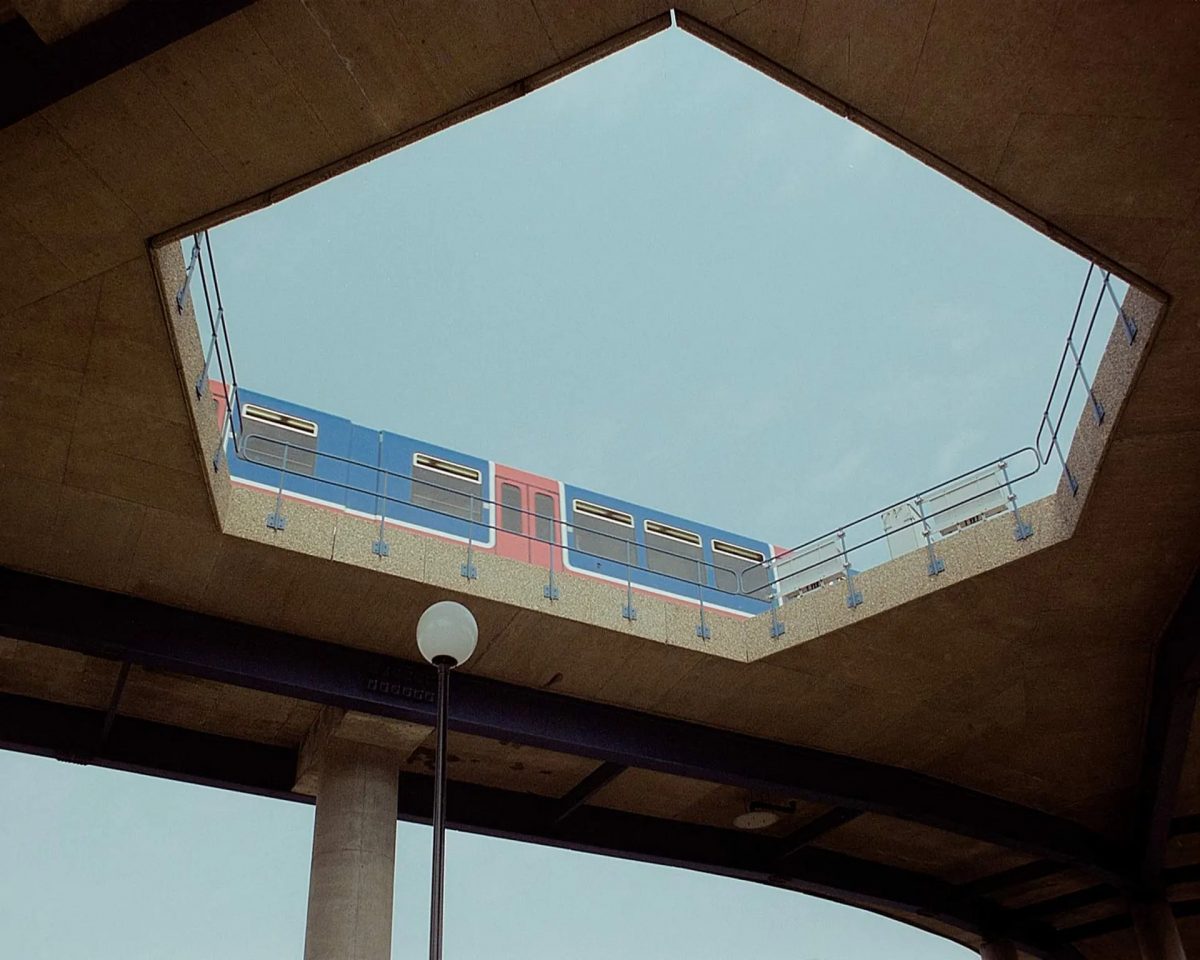 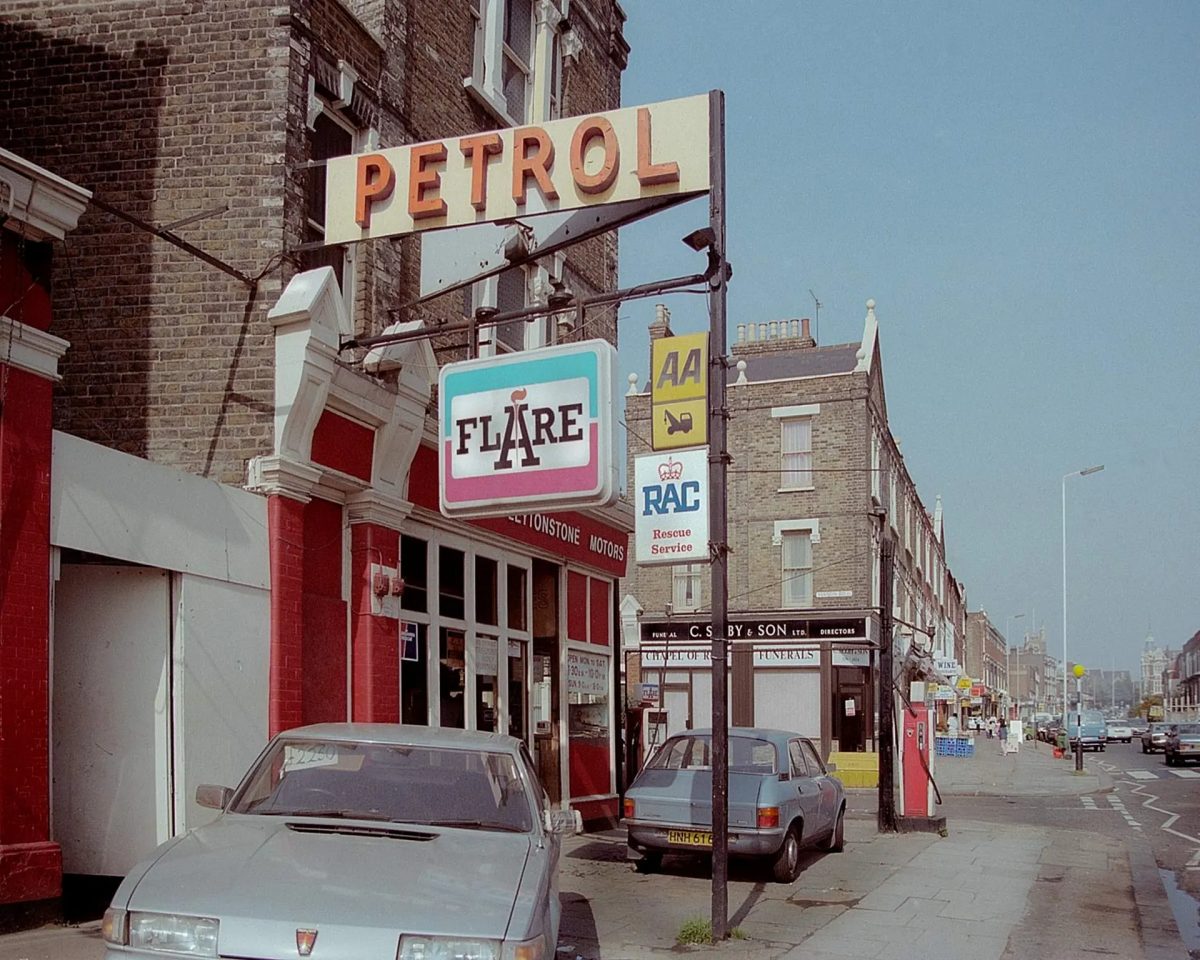 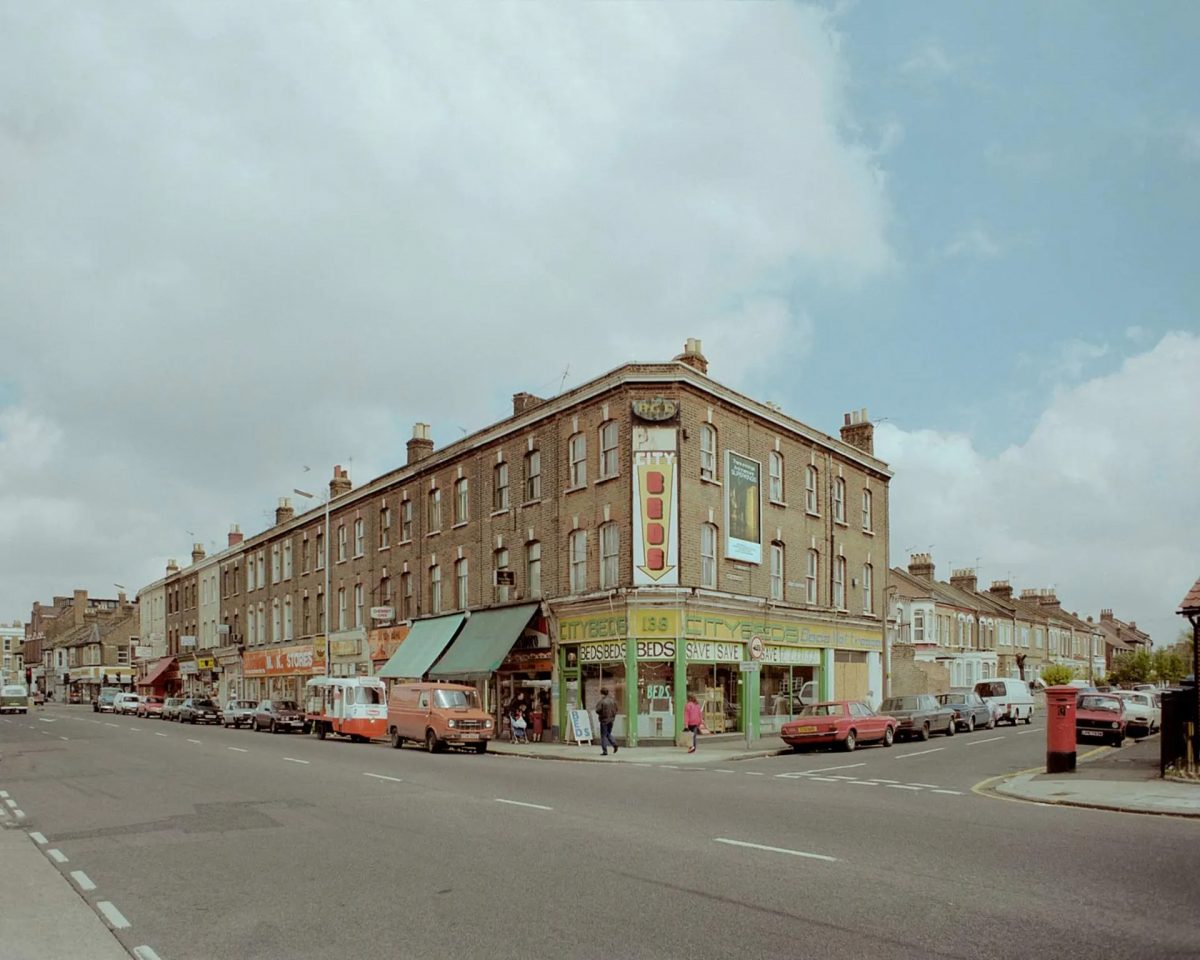 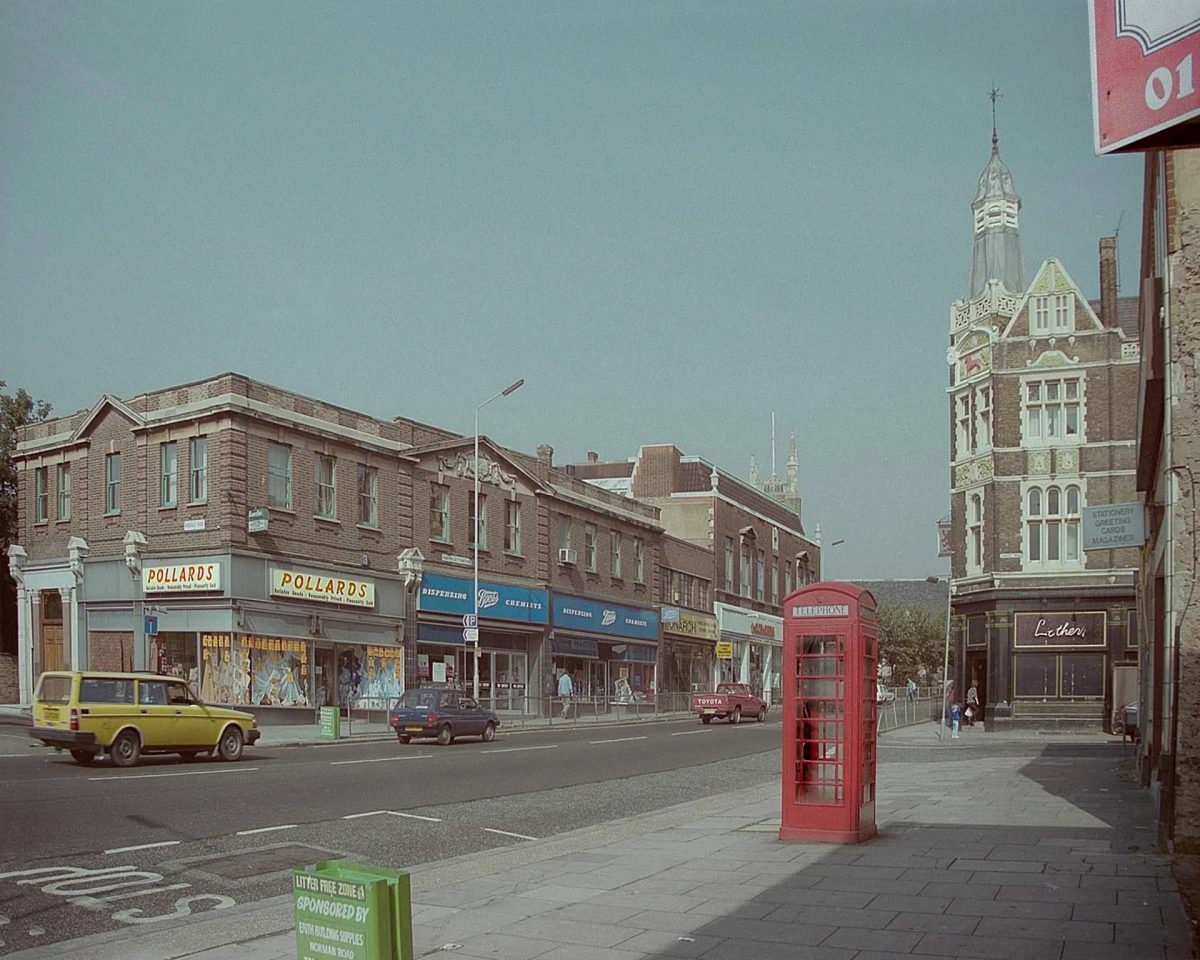 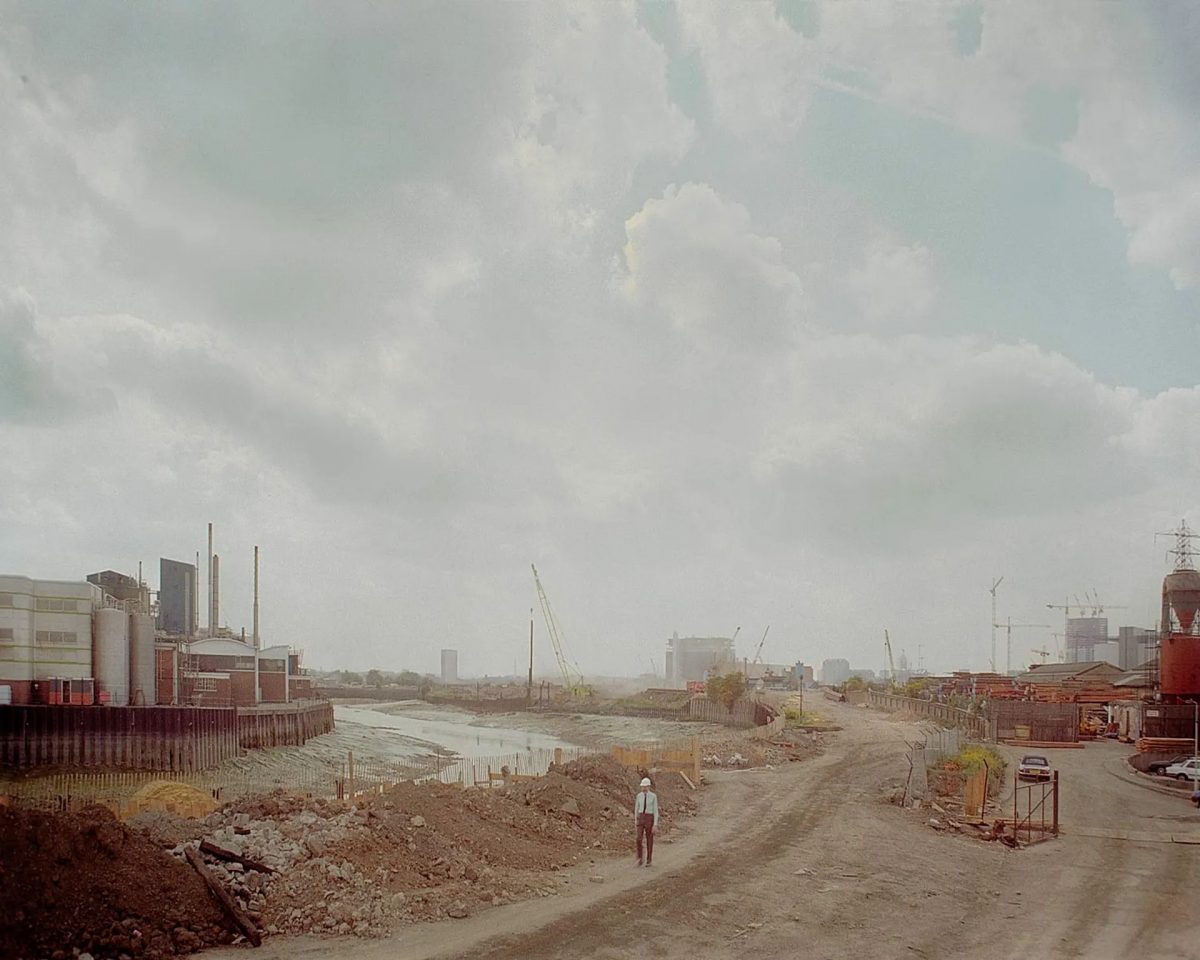 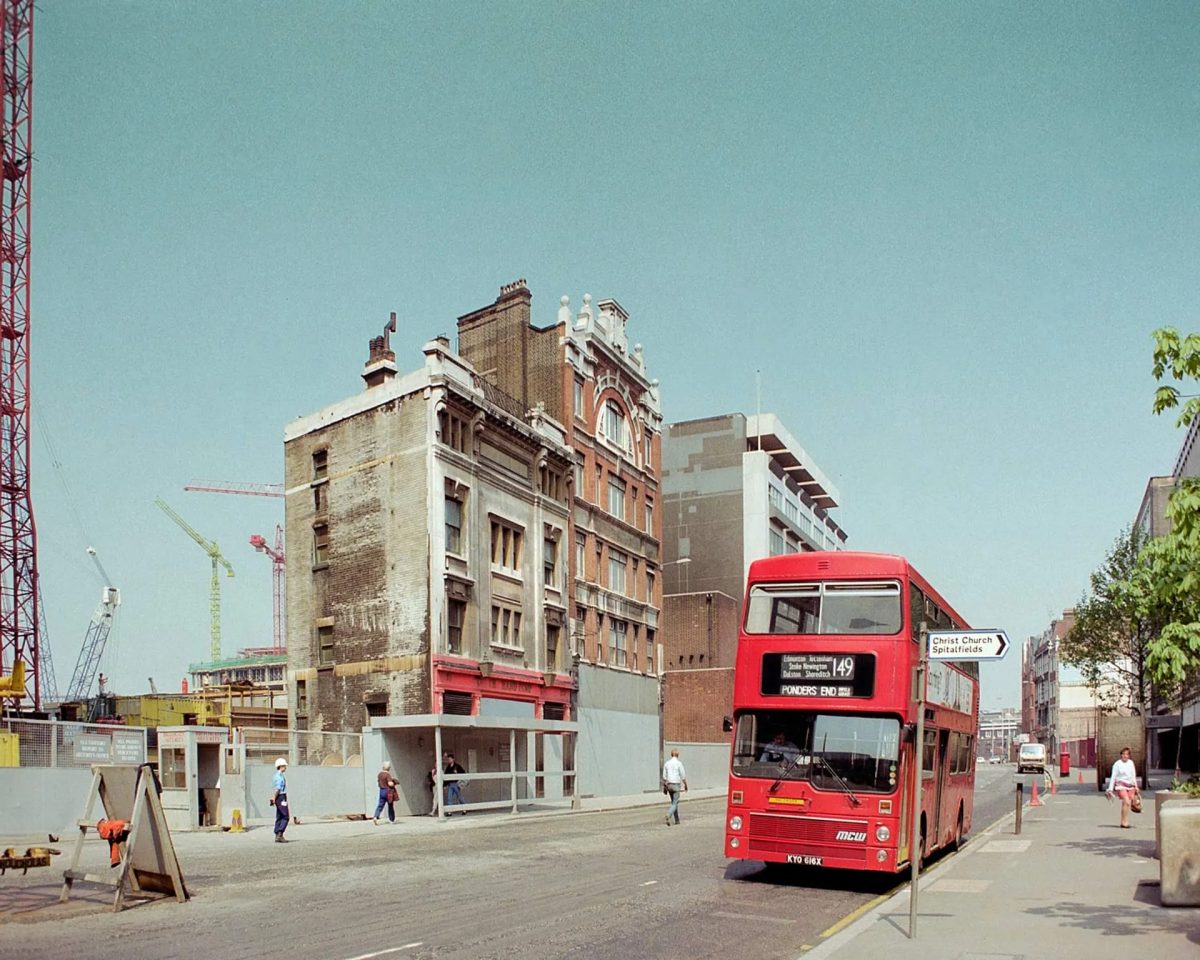