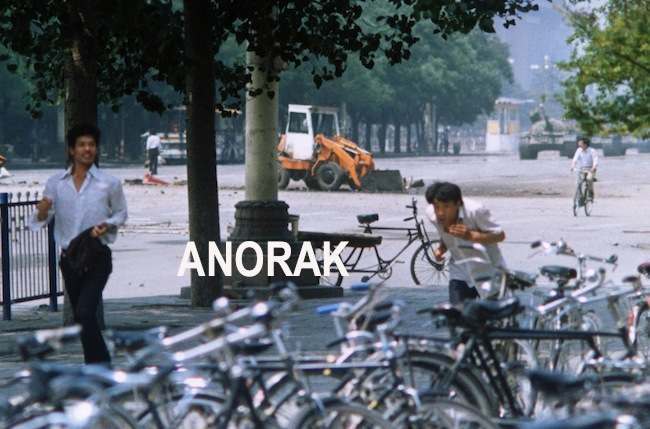 FLASHBACK to June 5, 1989. Tanks are rolling into Beijing’s Tiananmen Square. AP reporter Terril Jones takes a photograph. Amid the chaos and the panic, a man is stood still. The man will go on to block the column of tanks in what will become a lasting image of the protests.

In the Pomona College Magazine blog, Jones explained what he saw and why he took the picture:

I saw that the still-unidentified man clearly premeditated his stand well before the tanks were upon him; he didn’t dart out for the confrontation moments before. He seems calm and prepared — could he have been mentally unstable as some have suggested? He appears to be abandoned by those running for cover, yet he also seems to be clearing a path for them to do so.

And how he came to capture the image? He tells the NY Times:

Adrenaline and the drive to stay close to the action took me back to the street on June 5. I was in front of the Beijing Hotel and I could hear tanks revving up and making their way toward us from Tiananmen. I went closer to the street and looked down Changan Avenue over several rows of parked bicycles when another volley of shots rang out from where the tanks were, and people began ducking, shrieking, stumbling and running toward me. I lifted my camera and squeezed off a single shot before retreating back behind more trees and bushes where hundreds of onlookers were cowering. I didn’t know quite what I had taken other than tanks coming toward me, soldiers on them shooting in my direction, and people fleeing.

Jones did not think much of his photo until he submitted it for a NY Times feature in 2009. 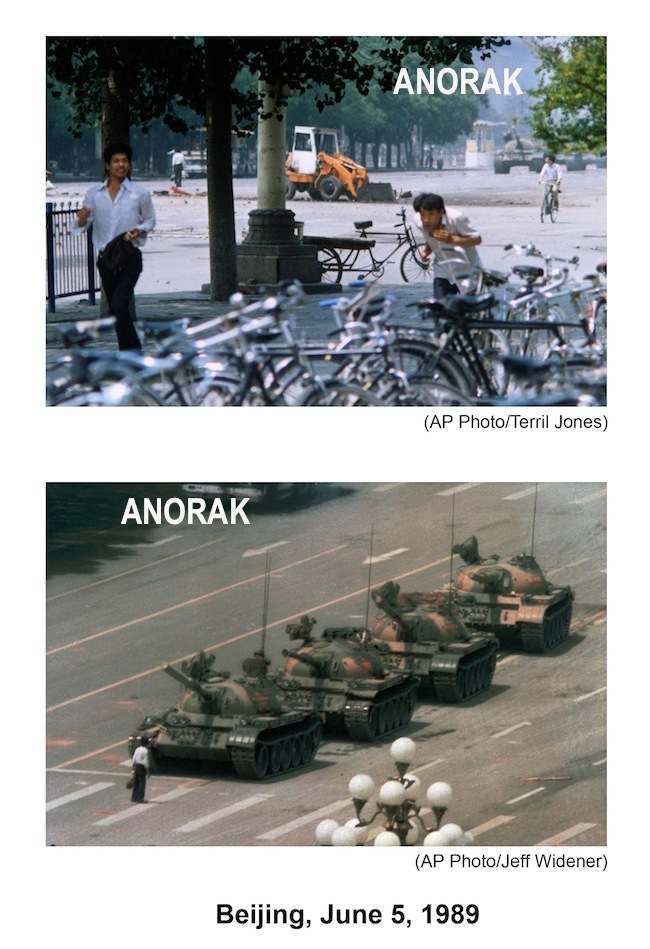