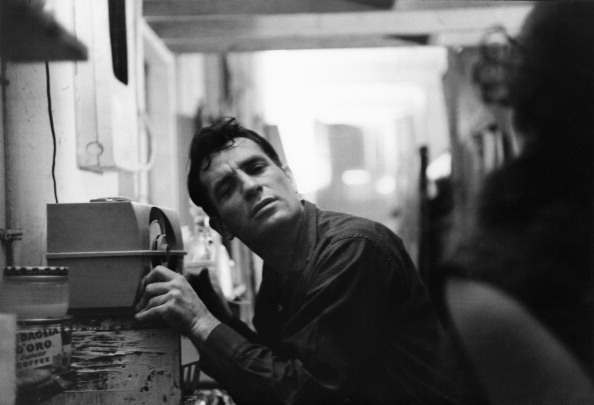 Don’t fret. It took Jack Kerouac all of three weeks to write On the Road in 1951. You still have time to write the great America novel. Sure, it took a further three years for Kerouac’s artistic and flexible scroll of artistic and flexible words written in what he called “spontaneous bop prosody” to be transformed into a book those illuminated hipsters and anyone else could read in 1957. In six years he would have written (52 weeks x 6 divided by three… ) lots of equally exciting books. Easy.

Kerouac not only inspires writers to believe they have a book in them; he wrote lists of how to make it. Hereunder are two of his lists. The first is a list of 30 Techniques for Modern Prose:

1. Scribbled secret notebooks, and wild typewritten pages, for yr own joy
2. Submissive to everything, open, listening
3. Try never get drunk outside yr own house
4. Be in love with yr life
5. Something that you feel will find its own form
6. Be crazy dumbsaint of the mind
7. Blow as deep as you want to blow
8. Write what you want bottomless from bottom of the mind
9. The unspeakable visions of the individual
10. No time for poetry but exactly what is
11. Visionary tics shivering in the chest
12. In tranced fixation dreaming upon object before you
13. Remove literary, grammatical and syntactical inhibition
14. Like Proust be an old teahead of time
15. Telling the true story of the world in interior monolog
16. The jewel center of interest is the eye within the eye
17. Write in recollection and amazement for yourself
18. Work from pithy middle eye out, swimming in language sea
19. Accept loss forever
20. Believe in the holy contour of life
21. Struggle to sketch the flow that already exists intact in mind
22. Dont think of words when you stop but to see picture better
23. Keep track of every day the date emblazoned in yr morning
24. No fear or shame in the dignity of yr experience, language & knowledge
25. Write for the world to read and see yr exact pictures of it
26. Bookmovie is the movie in words, the visual American form
27. In praise of Character in the Bleak inhuman Loneliness
28. Composing wild, undisciplined, pure, coming in from under, crazier the better
29. You’re a Genius all the time
30. Writer-Director of Earthly movies Sponsored & Angeled in Heaven

Twin those pointers with Kerouac’s 9 Essentials of Spontaneous Prose, first published in Black Mountain Review (1957). He had recently written The Subterraneans in three days time.

SET-UP: The object is set before the mind, either in reality. as in sketching (before a landscape or teacup or old face) or is set in the memory wherein it becomes the sketching from memory of a definite image-object.

PROCEDURE: Time being of the essence in the purity of speech, sketching language is undisturbed flow from the mind of personal secret idea-words, blowing (as per jazz musician) on subject of image.

METHOD: No periods separating sentence-structures already arbitrarily riddled by false colons and timid usually needless commas-but the vigorous space dash separating rhetorical breathing (as jazz musician drawing breath between outblown phrases)– “measured pauses which are the essentials of
our speech”– “divisions of the sounds we hear”- “time and how to note it down.” (William Carlos Williams)

SCOPING: Not “selectivity” of expression but following free deviation (association) of mind into limitless blow-on-subject seas of thought,
swimming in sea of English with no discipline other than rhythms of rhetorical exhalation and expostulated statement, like a fist coming down on a table with each complete utterance, bang! (the space dash)- Blow as deep as you want-write as deeply, fish as far down as you want, satisfy yourself first, then reader cannot fail to receive telepathic shock and meaning-excitement by same laws operating in his own human mind.

LAG IN PROCEDURE: No pause to think of proper word but the infantile pileup of scatological buildup words till satisfaction is gained, which will turn out to be a great appending rhythm to a thought and be in accordance with Great Law of timing.

TIMING: Nothing is muddy that runs in time and to laws of time-Shakespearian stress of dramatic need to speak now in own unalterable way or forever hold tongue-no revisions (except obvious rational mistakes, such as names or calculated insertions in act of not writing but inserting).

CENTER OF INTEREST: Begin not from preconceived idea of what to say about image but from jewel center of interest in subject of image at moment of writing, and write outwards swimming in sea of language to peripheral release and exhaustion-Do not afterthink except for poetic or P. S. reasons. Never afterthink to “improve” or defray impressions, as, the best writing is always the most painful personal wrung-out tossed from cradle warm protective mind-tap from yourself the song of yourself, blow!-now!-your way is your only way- “good”-or “bad”-always honest (“ludi- crous”), spontaneous, “confessionals’ interesting, because not “crafted.” Craft is craft.

STRUCTURE OF WORK: Modern bizarre structures (science fiction, etc.) arise from language being dead, “different” themes give illusion of “new” life. Follow roughly outlines in outfanning movement over subject, as river rock, so mindflow over jewel-center need (run your mind over it, once) arriving at pivot, where what was dim-formed “beginning” becomes sharp-necessitating “ending” and language shortens in race to wire of time-race of work, following laws of Deep Form, to conclusion, last words, last trickle-Night is The End.

MENTAL STATE: If possible write “without consciousness” in semi-trance (as Yeats’ later “trance writing”) allowing subconscious to admit in own uninhibited interesting necessary and so “modern” language what conscious art would censor, and write excitedly, swiftly, with writing-or-typingcramps, in accordance (as from center to periphery) with laws of orgasm, Reich’s “beclouding of consciousness.” Come from within, out-to relaxed and said.

We’ll end with a short video of Jack Kerouac reading from On The Road in 1955:

Above all else, Kerouac advocated hard work. you can read his views on the genius of originating force here. 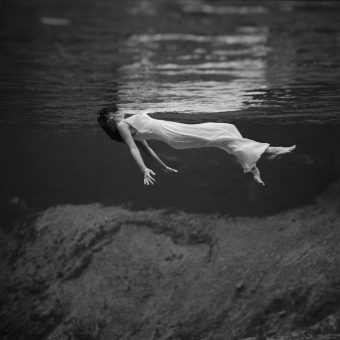