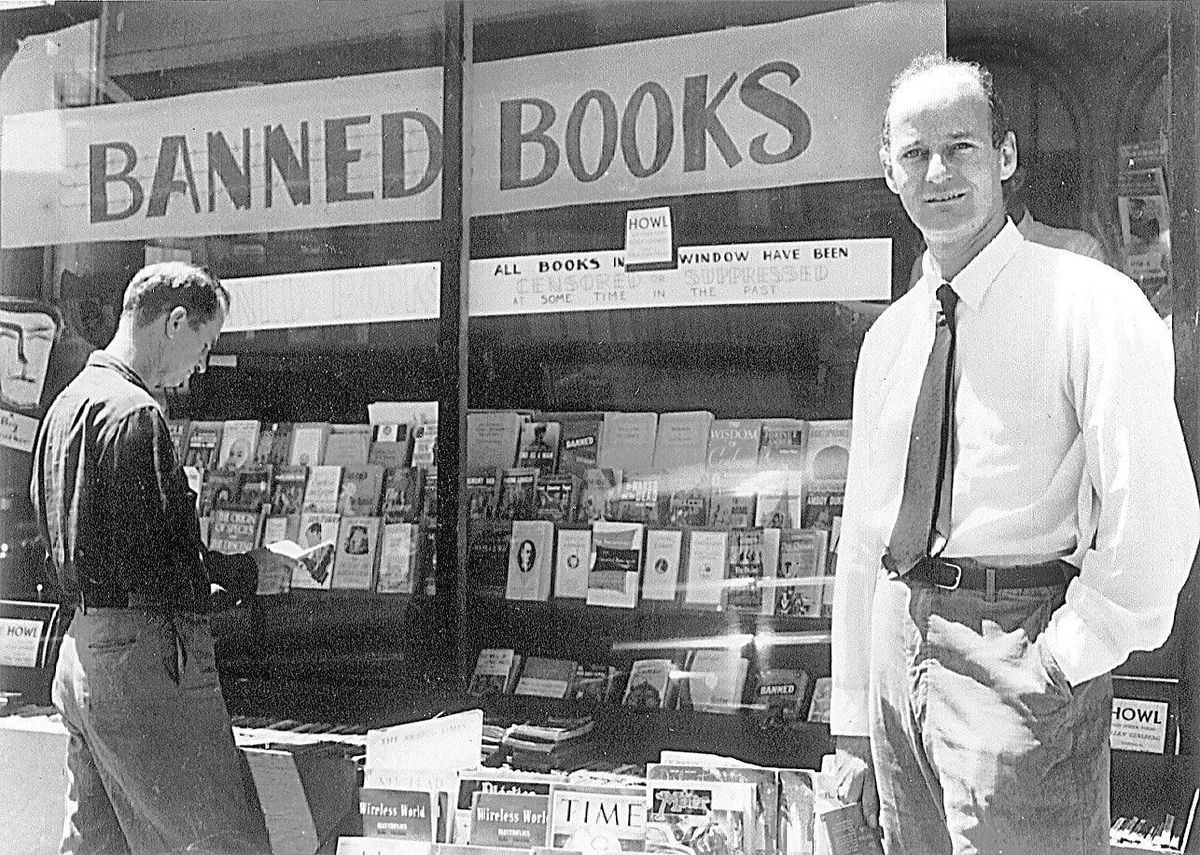 Two years after Lawrence Ferlinghetti (above right) and Peter D. Martin founded City Lights Booksellers & Publishers, Ferlinghetti made the bookstore almost instantly world-famous when he published Allen Ginsberg’s Howl and Other Poems in a 1956 75-cent paperback edition. The book’s explosive popularity and the following year’s obscenity trial, “propelled the Beat generation into the international spotlight,” writes Evan Karp, “directly influencing a generation of non-conformist youth. For the first and – arguably – only time, literature became a popular movement in the U.S.” This may be overstating the case, but it underlines the singular significance of City Lights in the 20th century.

The combination paperback-only bookstore and literary publisher proved revolutionary in the 1950s and 60s. City Lights became a literary anchor in San Francisco, as Sylvia Beach’s Shakespeare and Company had been in Paris in the 1920s and 30s. The San Francisco landmark’s masthead proclaims it A Literary Meetingplace since 1953. Ferlinghetti himself began his literary career in his native New York, but he didn’t meet the East Coast Beats until he opened City Lights. “A bookstore is a natural place for poets to hang out,” he told NPR, “and they started showing up there.” He was, unfairly, not always given his due as a poet at the time. 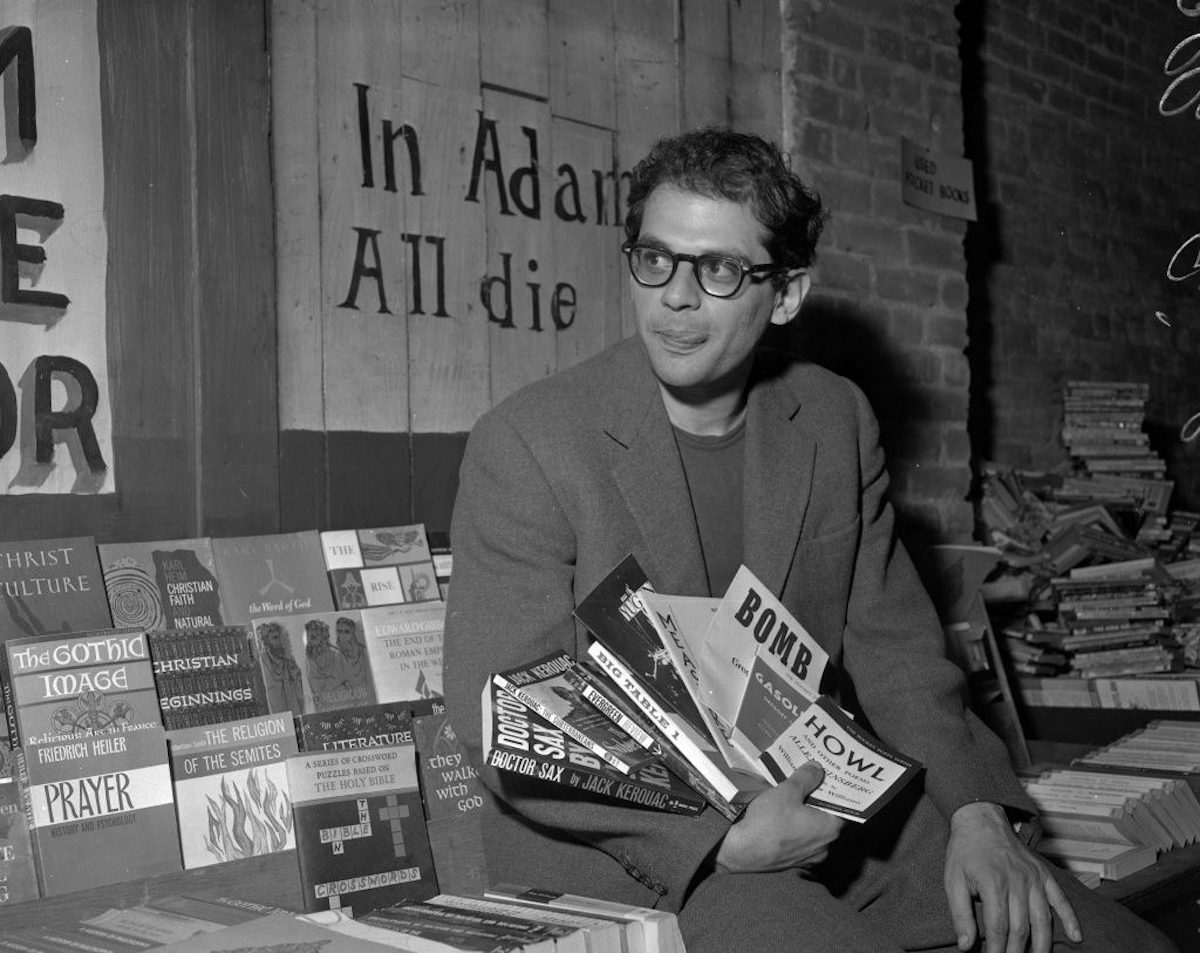 As a publisher, Ferlinghetti became a shield against censorship. “It was Ferlinghetti who went to trial for his role in both publishing and selling [Howl],” Emily Sernaker writes at The Rumpus. He maintained the bookstore’s anarchist commitment to free speech “by not accepting government grants… which allowed for works with more radical thought.” Howl set the tone for all of City Lights’ publications. Co-owner Nancy Peters explains its continued ethos:

When I joined City Lights in 1971, and started working with Lawrence, it was clear that it had been very much a center of protest, for people with revolutionary ideas and people who wanted to change society. And when I first began working at the little editorial office up on Filbert and Grant, people that Lawrence had known through the whole decade of the ’60s were dropping in all the time, like Paul Krassner, Tim Leary, people who were working with underground presses and trying to provide an alternative to mainstream media. This was a period of persecution, and FBI infiltration of those presses.

The transgressive work of Ginsberg, Jack Kerouac, Gregory Corso, William S. Burroughs, etc. transformed popular culture and, arguably, launched the counterculture. But their marketing potential has been double-edged. Women writers did not receive nearly the kind of acclaim, or publishing deals, as their friends, husbands and lovers. Beat pioneers like Afro-Caribbean-Jewish Surrealist poet Bob Kaufman all but disappeared from the popular record. 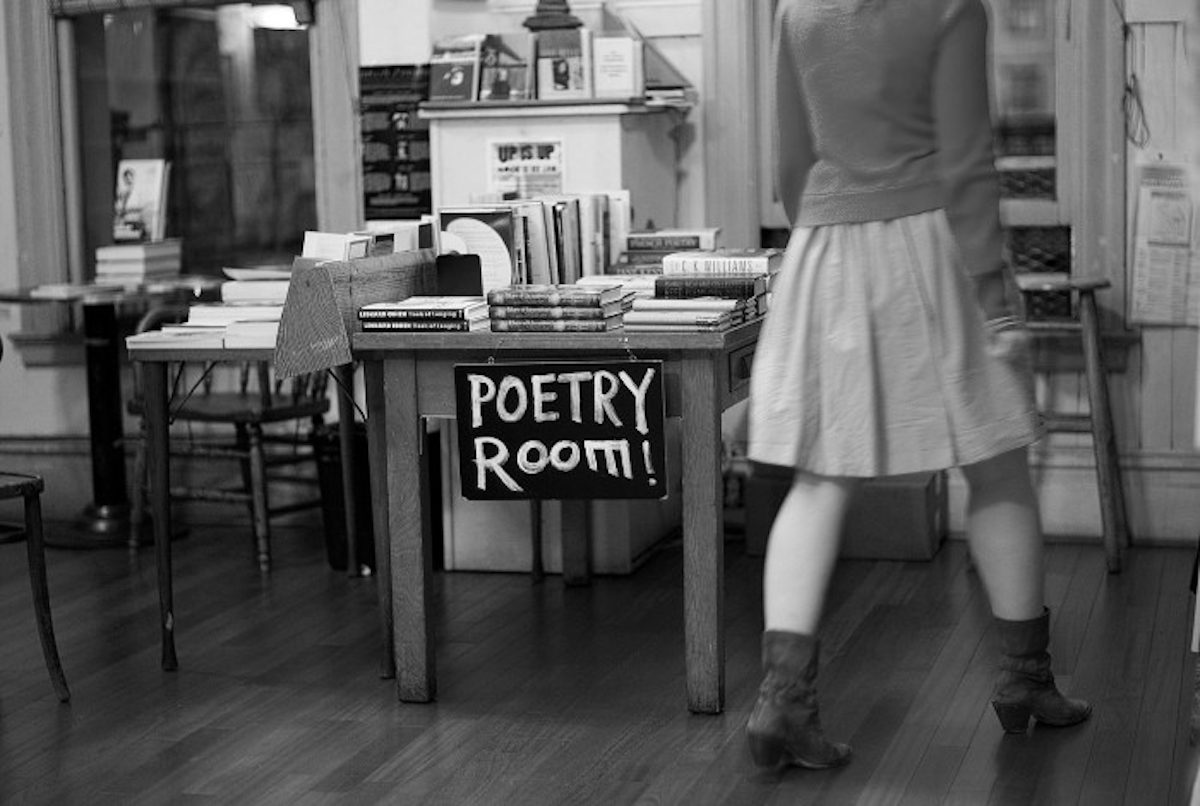 But the calculations of major publishing houses were not those of Ferlinghetti. City Lights has always catered to a core of readers, writers, and activists suspicious of capitalism, celebrity, and patriarchy. Ferlinghetti (now 101) and Peters have managed to keep the small but majorly-influential operation going in 2020, although it nearly shut down during the pandemic. It was saved by a GoFundMe campaign that “saw a staggering $365,000 dollars donated in a single day,” donated by those who know they were not saving an independent bookstore; they were preserving a literary institution and historic landmark. 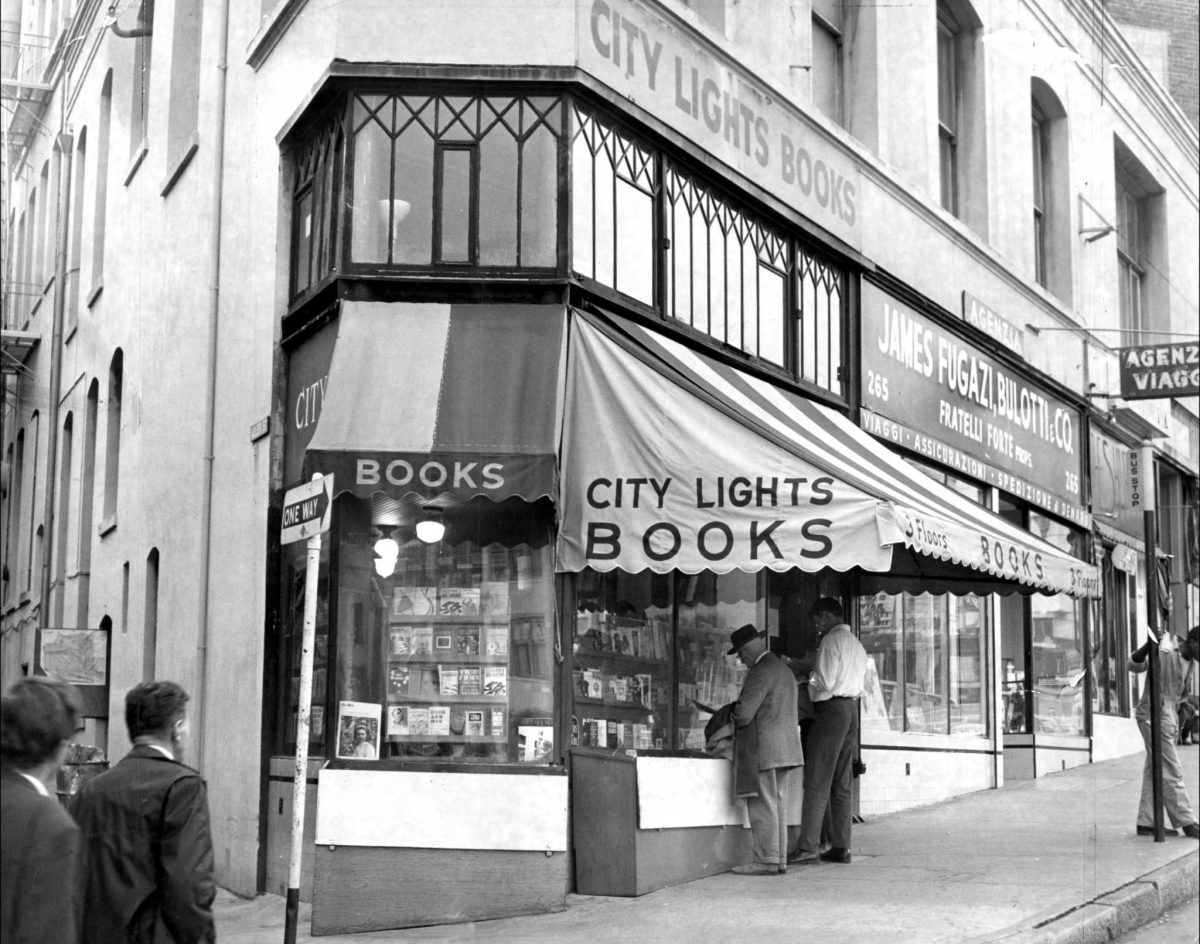 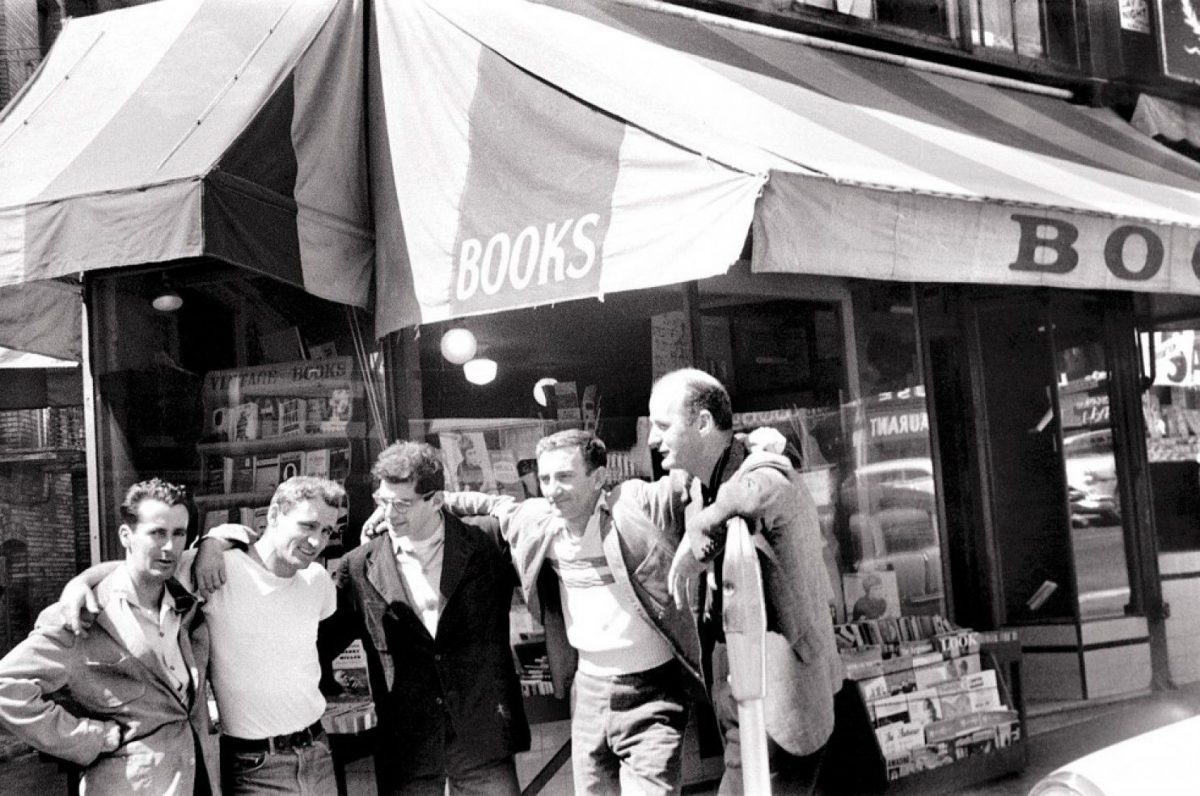 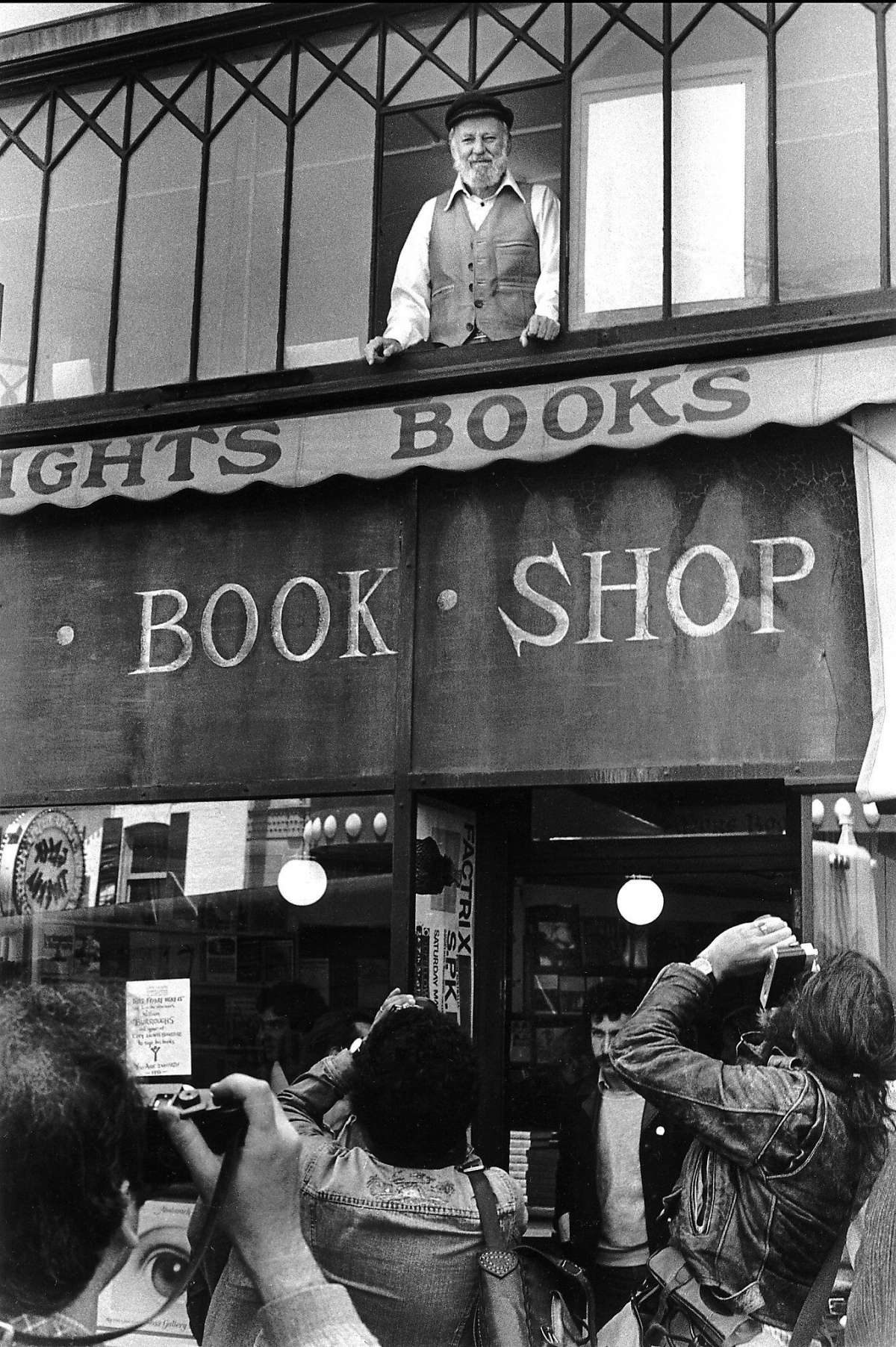 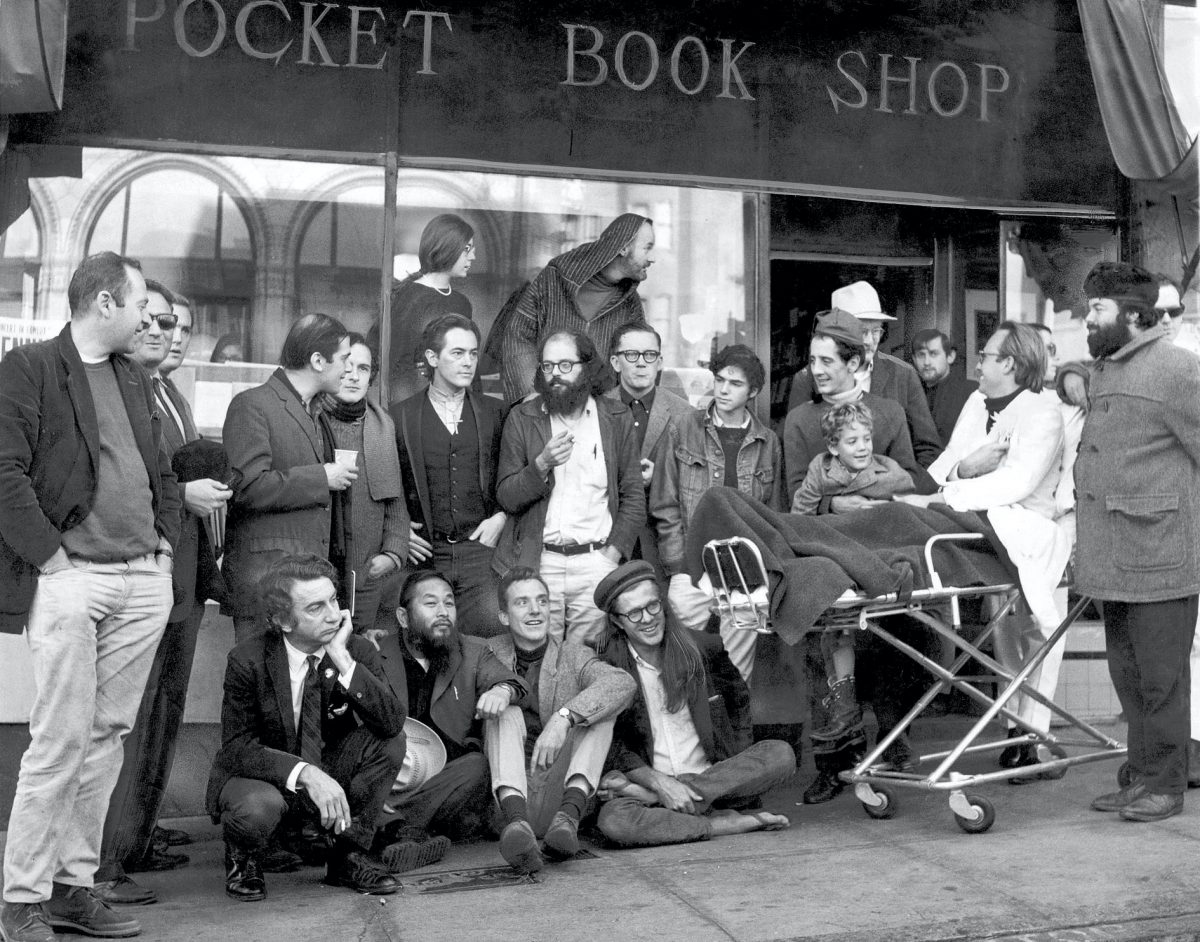 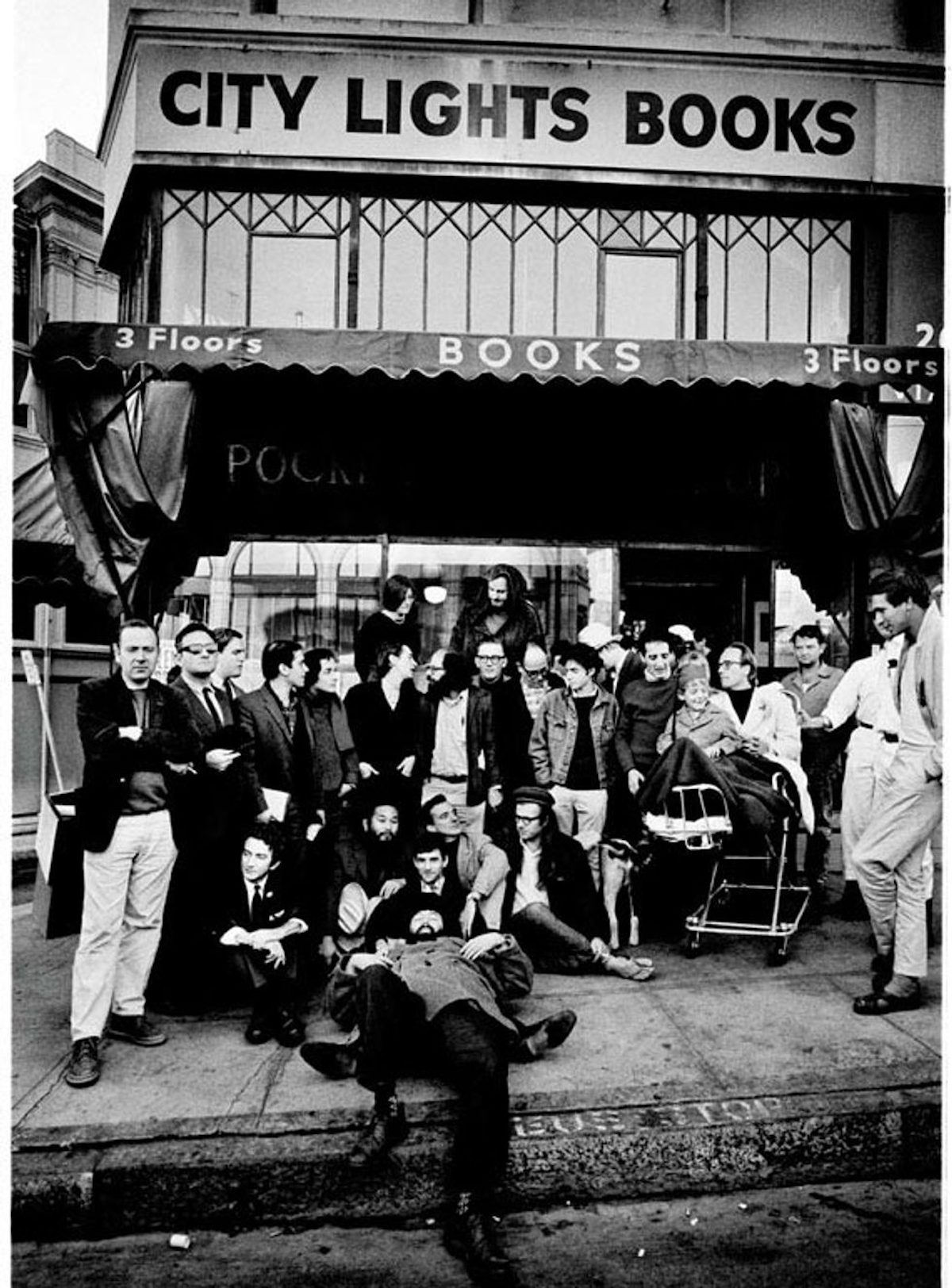 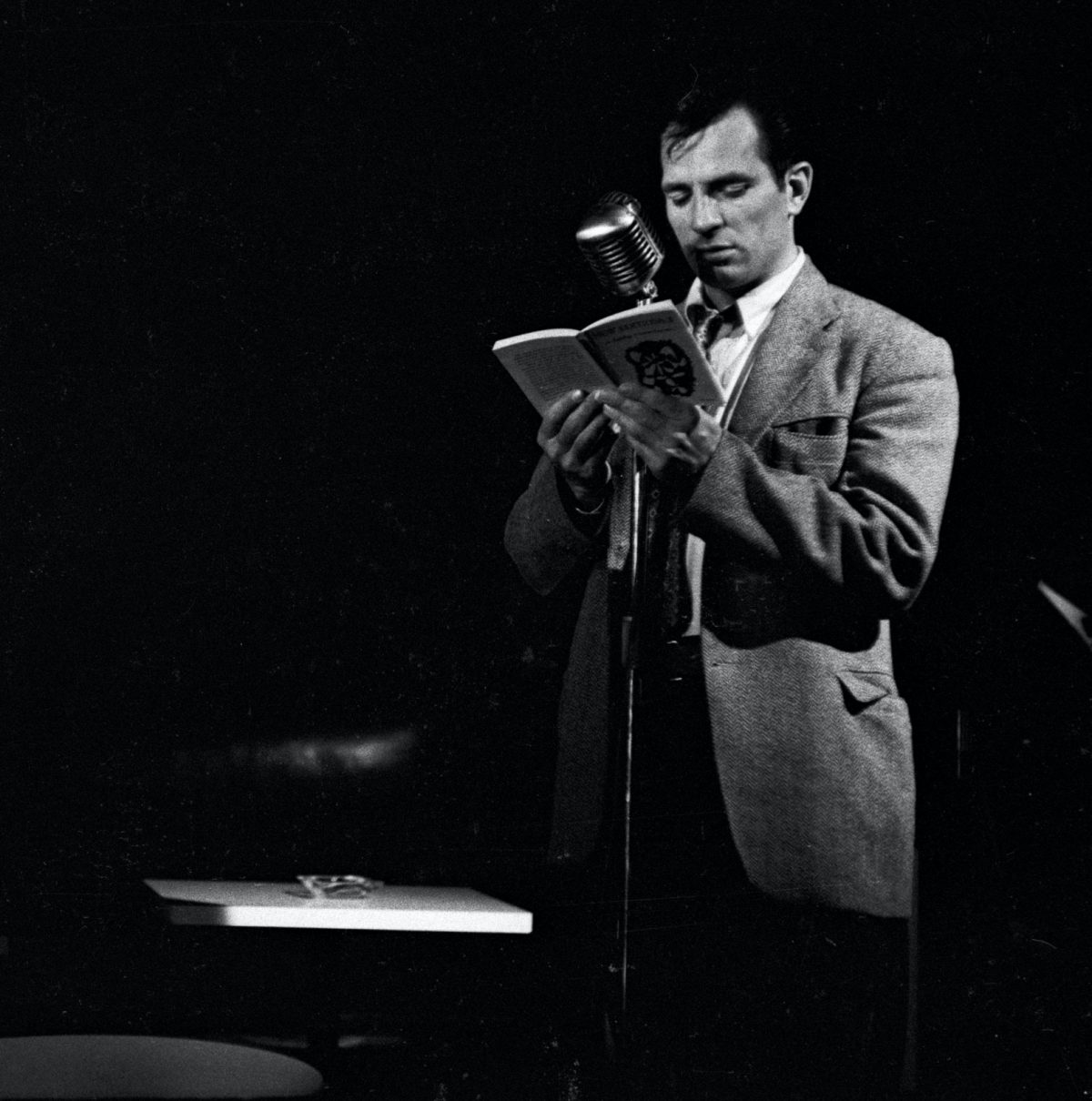 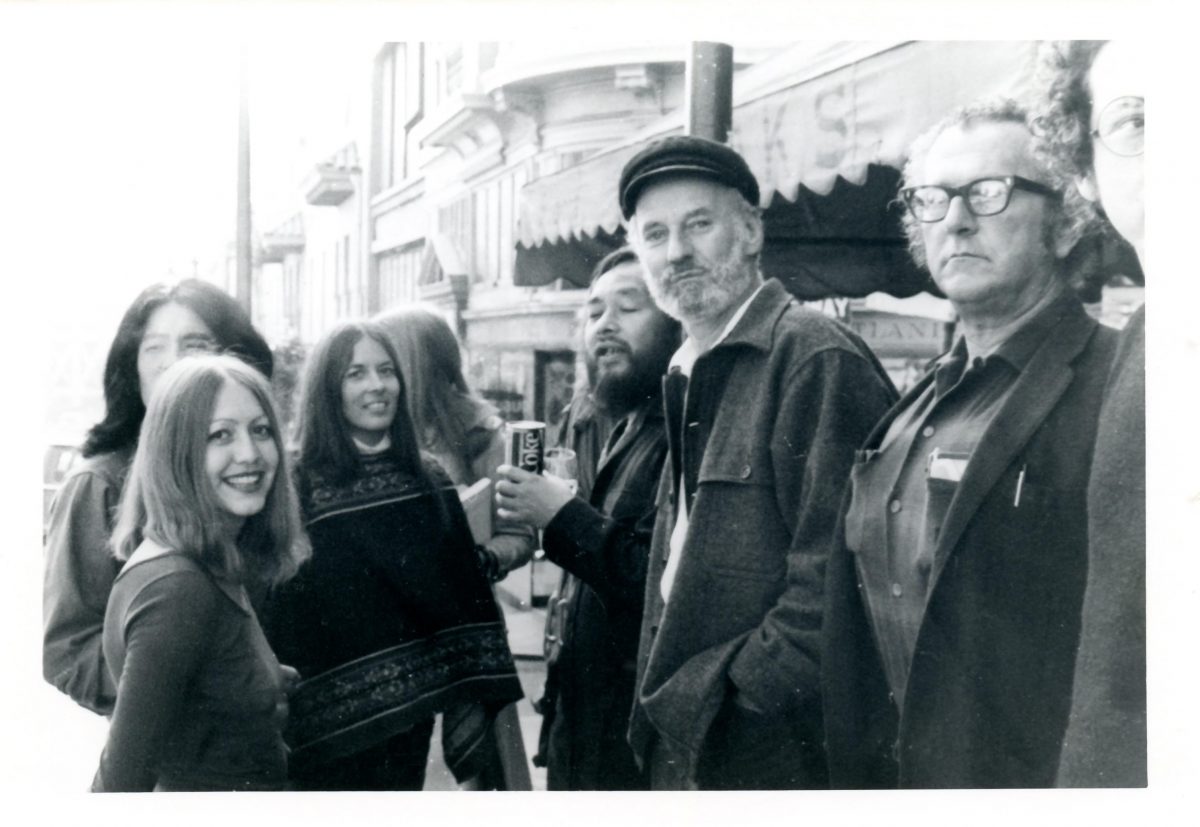 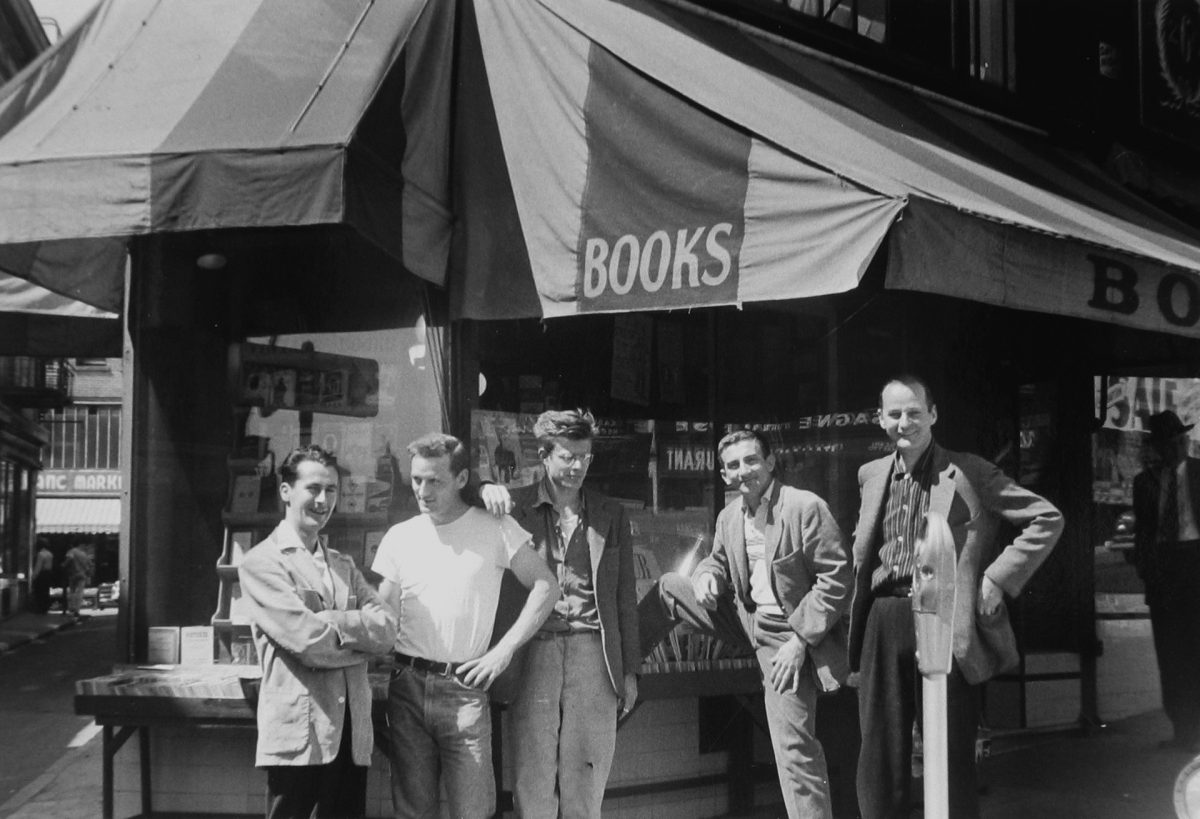 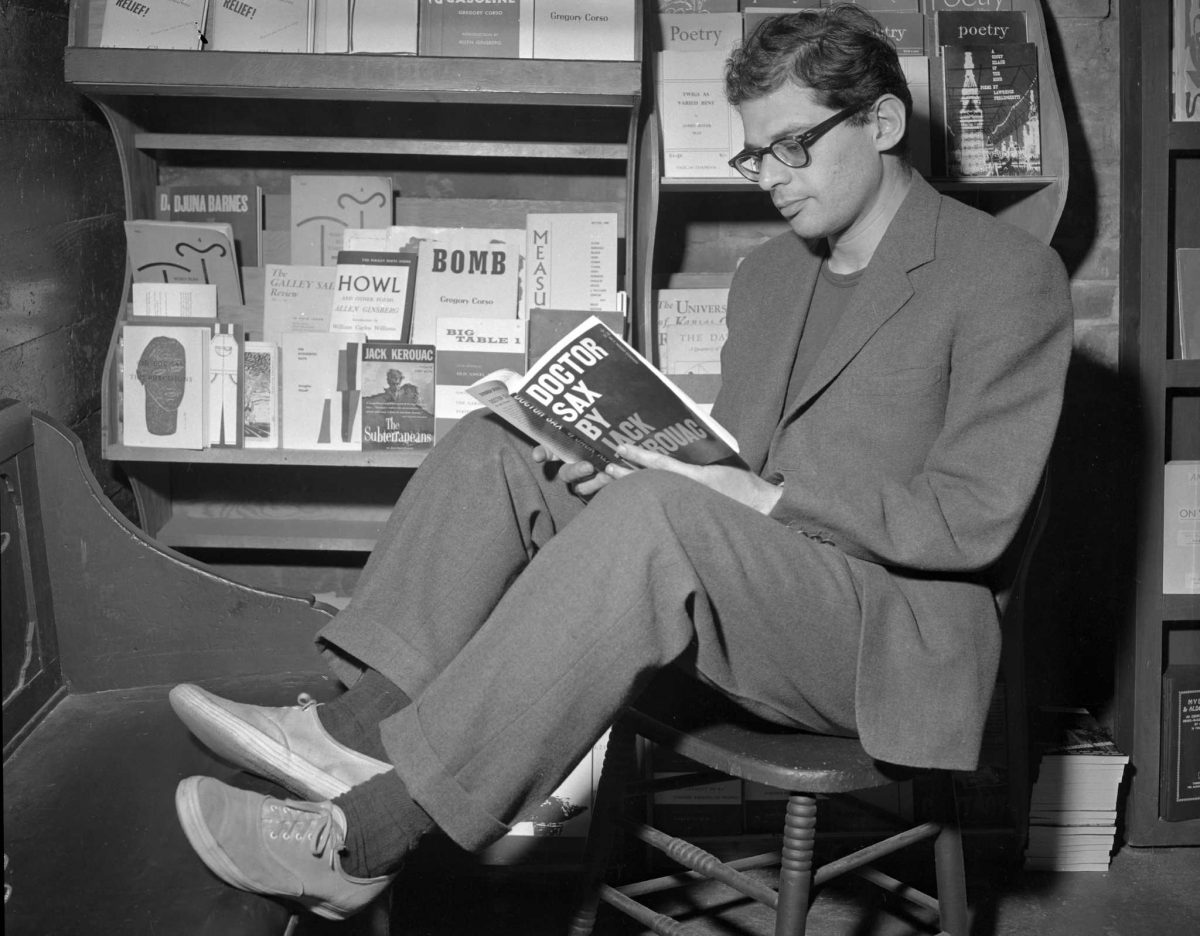 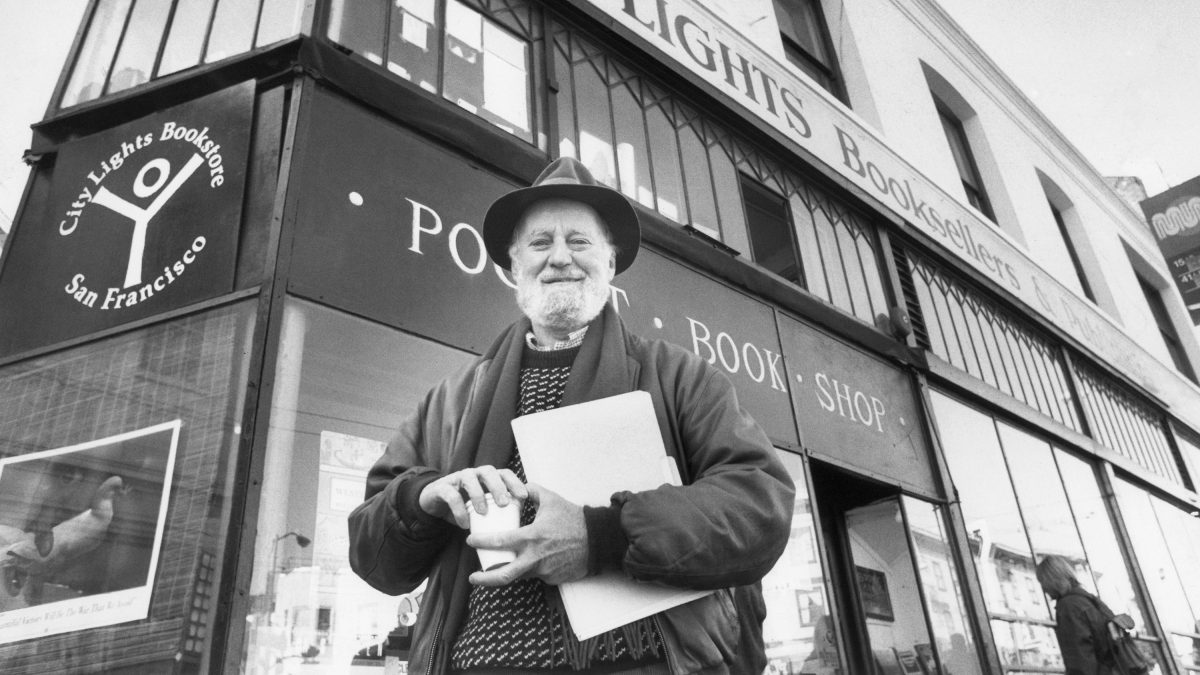