A noiseless, patient spider,
I mark’d, where, on a little promontory, it stood, isolated;
Mark’d how, to explore the vacant, vast surrounding,
It launch’d forth filament, filament, filament, out of itself;
Ever unreeling them — ever tirelessly speeding them. 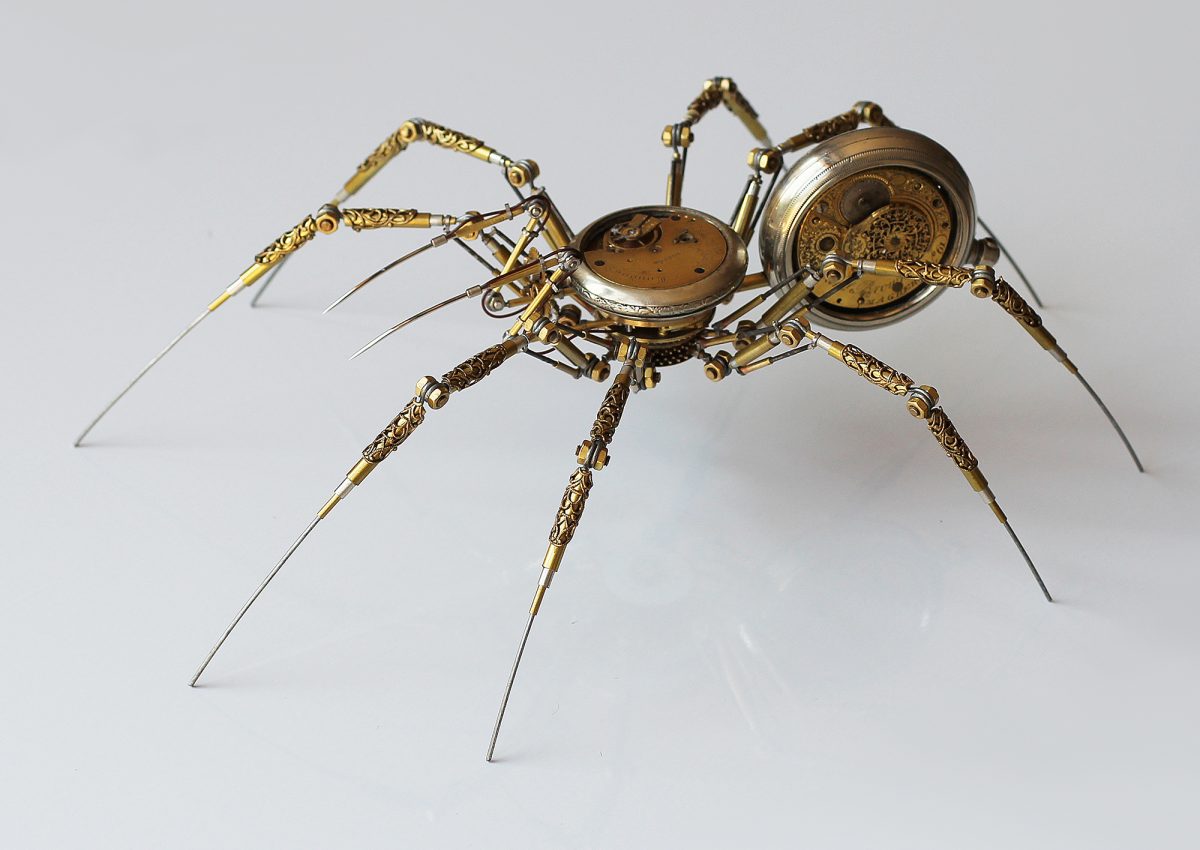 For Budapest-based artist Peter Szucsy everything old is new again. His spiders and crabs are made from old watches, medical equipment and cameras. Once valued items disposed of in flea markets and home clearance sales are repurposed into something different. The item’s core purpose is changed; but the beautiful design and craftsmanship remain. Smaller parts that made the finished articles into shiny objects of desire get to shine again.

The process is akin to work by John Peralta, who takes machines once familiar in every home –  Singer sewing machines, Underwood typewriters, old film projectors, land cameras and more – and exposes their innovation and beauty as three-dimensional, exploded diagrams.

“For the past 25 years, I have worked as an art director/lead artist in the game development industry,” Peter Szucsy writes. “I have made many creatures, monsters, create several world in almost all of the style in the virtual world…..But few years ago I felt it is about time to create something different. So … I left my computer, and made lots of my ideas come alive in the real world.”

Gadgets are passing their sell-by-dates at rapid rates – phones, computers, lighting (you name it) changes from the useful into sculptures of historical modernity. Szucsy shows us the inner workings of objects valued for their usability and sleekness. His spiders are brassy, tactile, sharp, etched, complicated, retro goodness. This is science, imagination and art merging. That spider made from old cogs and wheels has a story. Each part was designed with skill by someone decades ago; each part touched by an anonymous human hand. Old things never die. They just change. 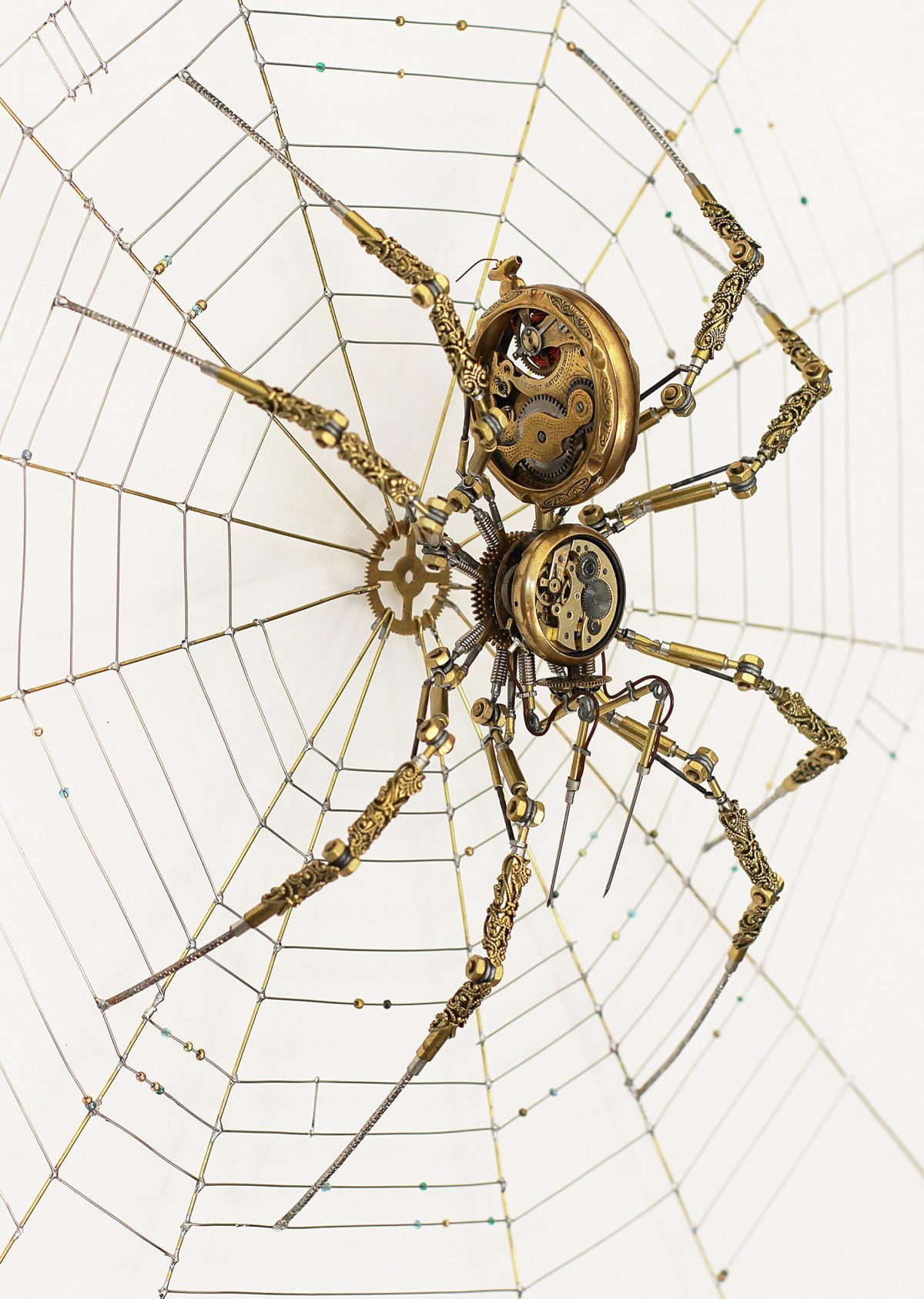 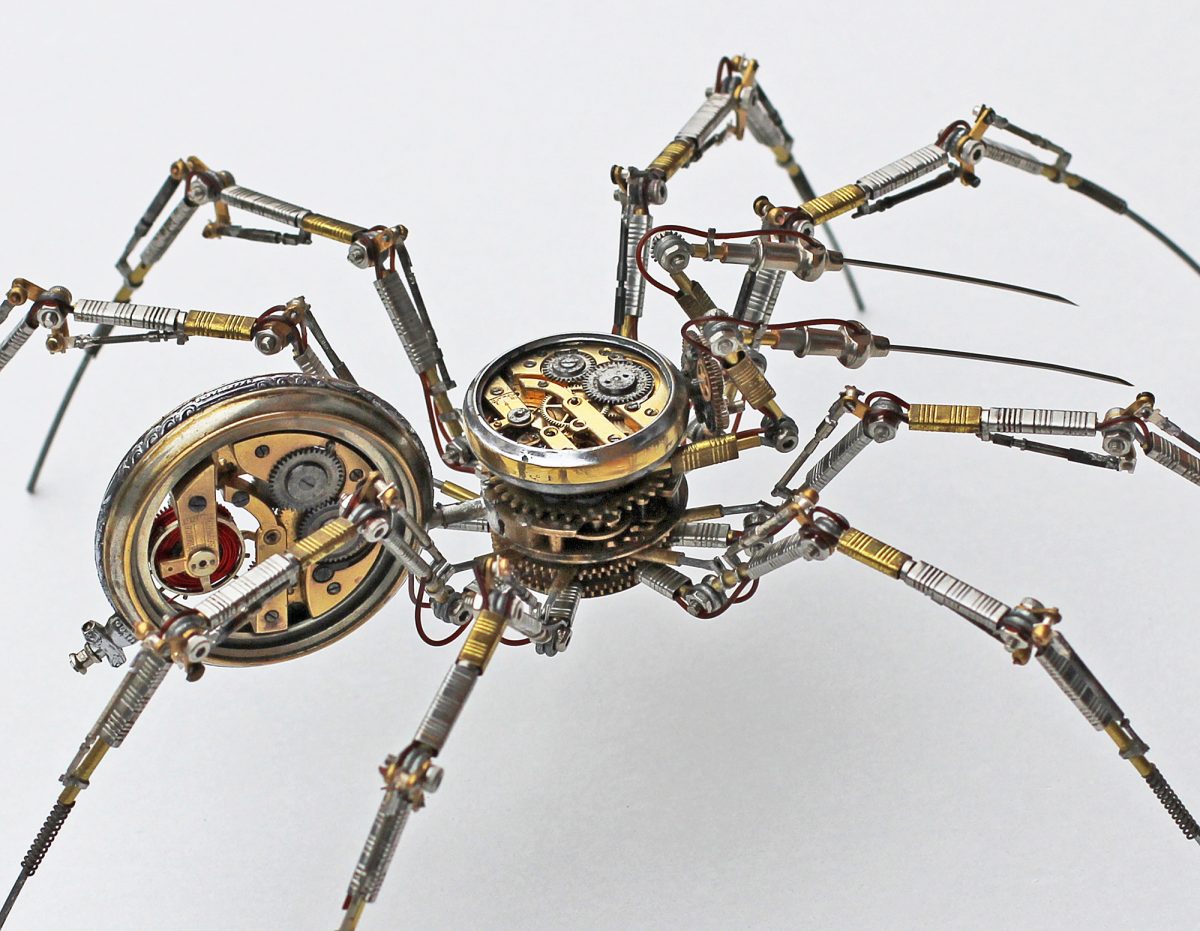 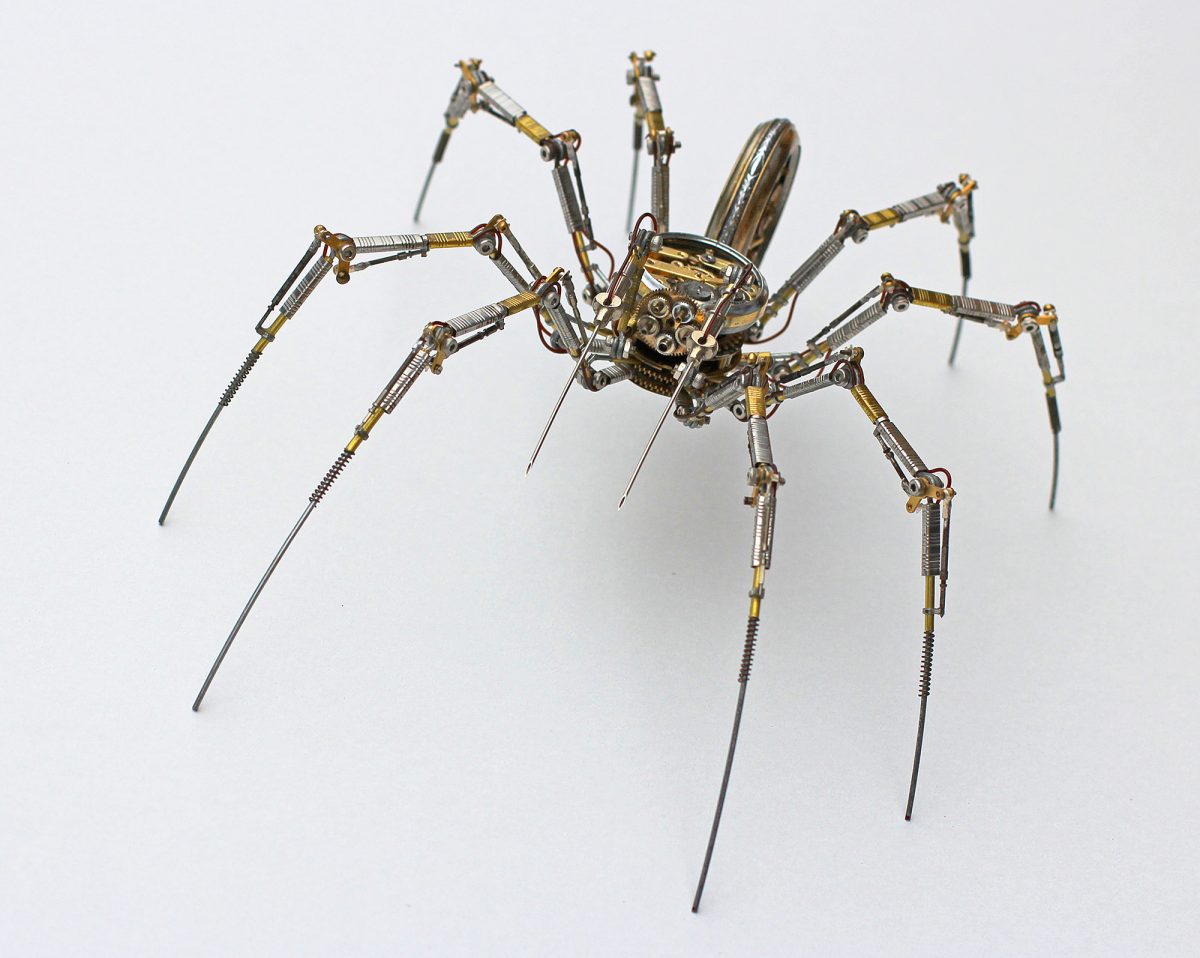 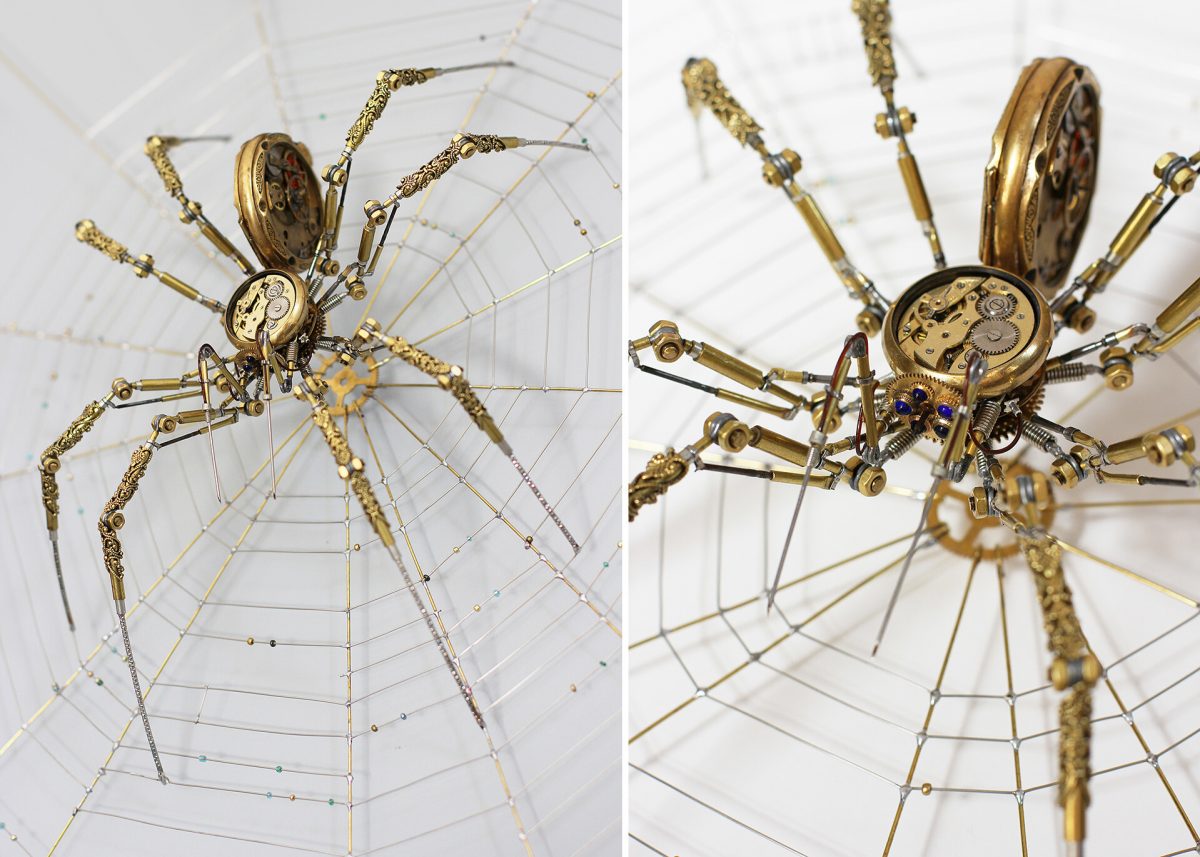 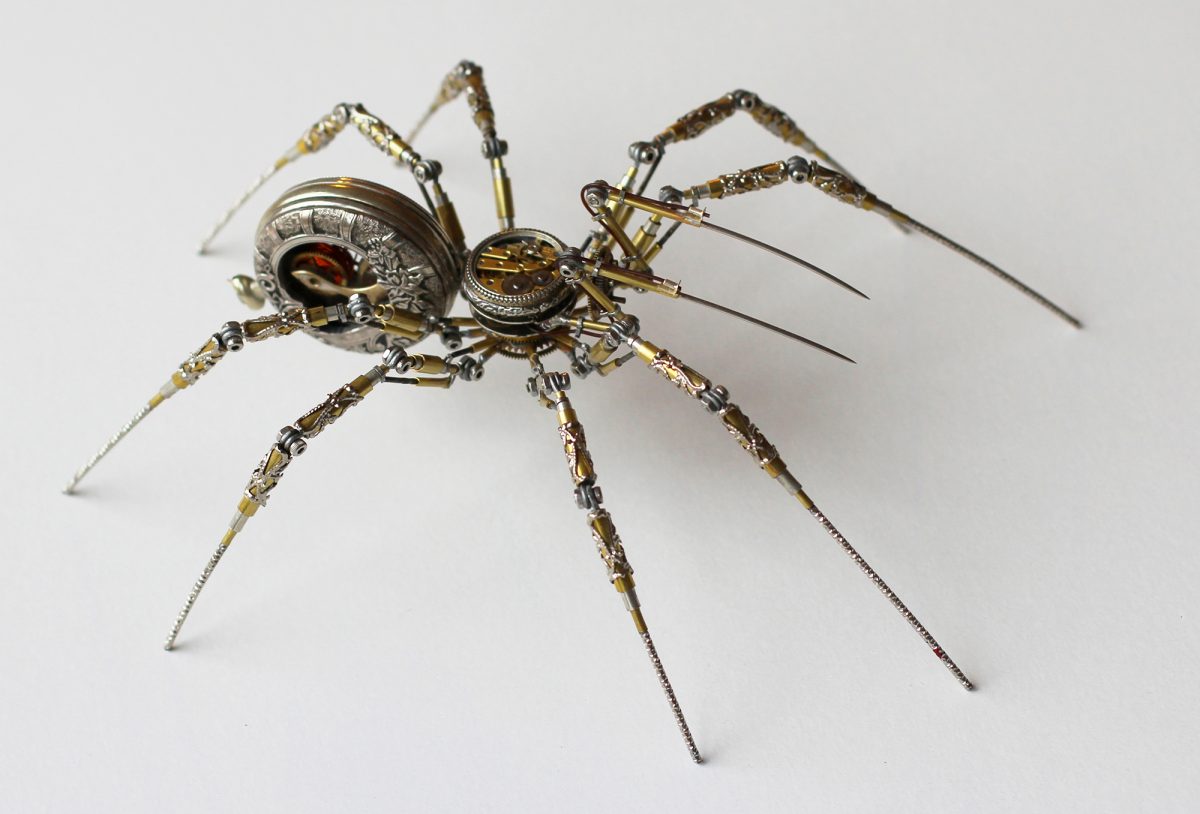 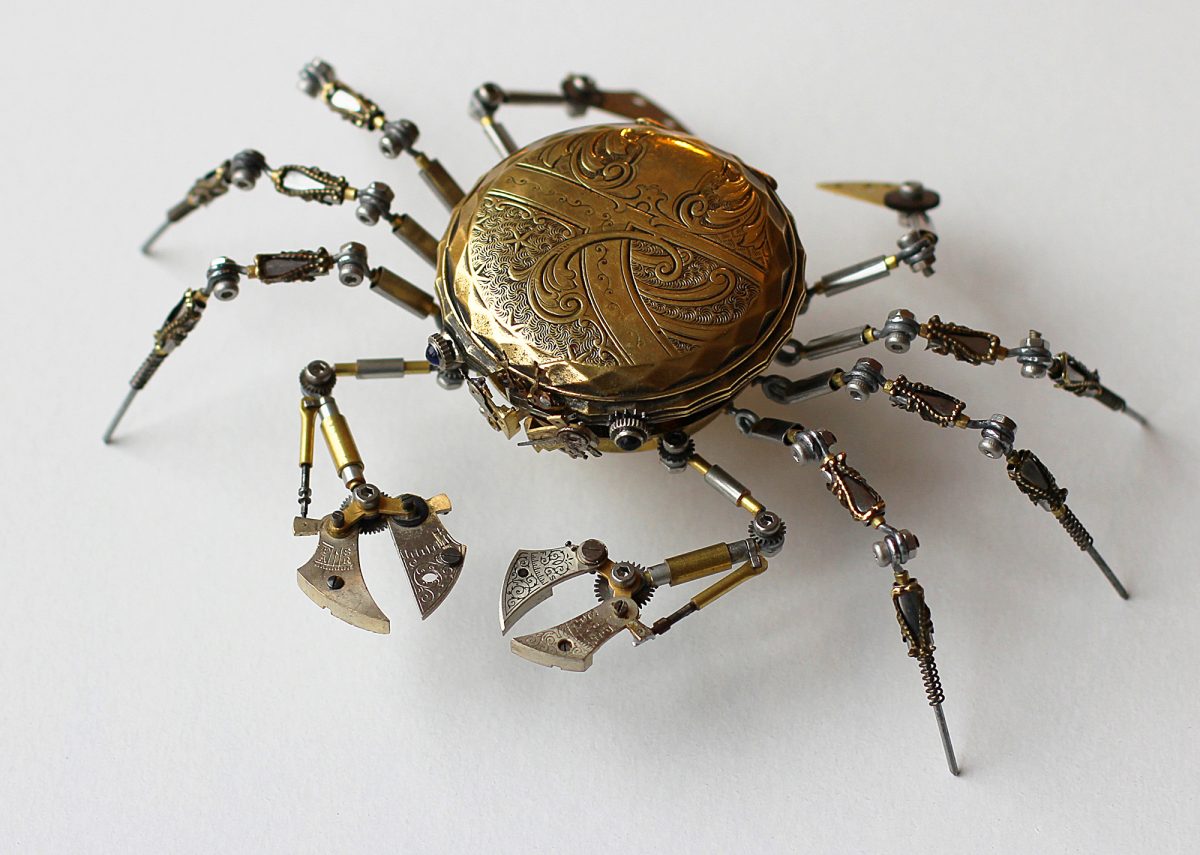 You can look out for his steampunk spiders and crabs in his shop and follow his work on Instagram.