ON Oct. 25, 1954, designer Jack Fletcher, 23, showed us around the 21st Century House in West Covina, Calif he shared with his wife, three-year-old daughter and twin baby sons. 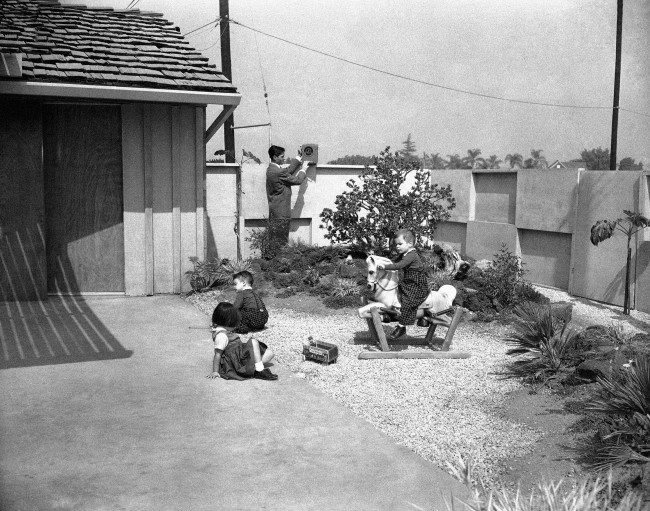 Fletcher named the home because it is “a unique example of truly advanced living”. Fletcher introduced a number of revolutionary concepts and products. One of its unusual features was a closed circuit TV system which Fletcher designed and installed. The setup gives the mother three viewing stations, from a receiver in the kitchen, the living room and by her bed. F

If the children start rowing in their play yard, Mrs. Fletcher can admonish them at once from the house via a loudspeaker attached to the play-yard wall.

School would never be out. 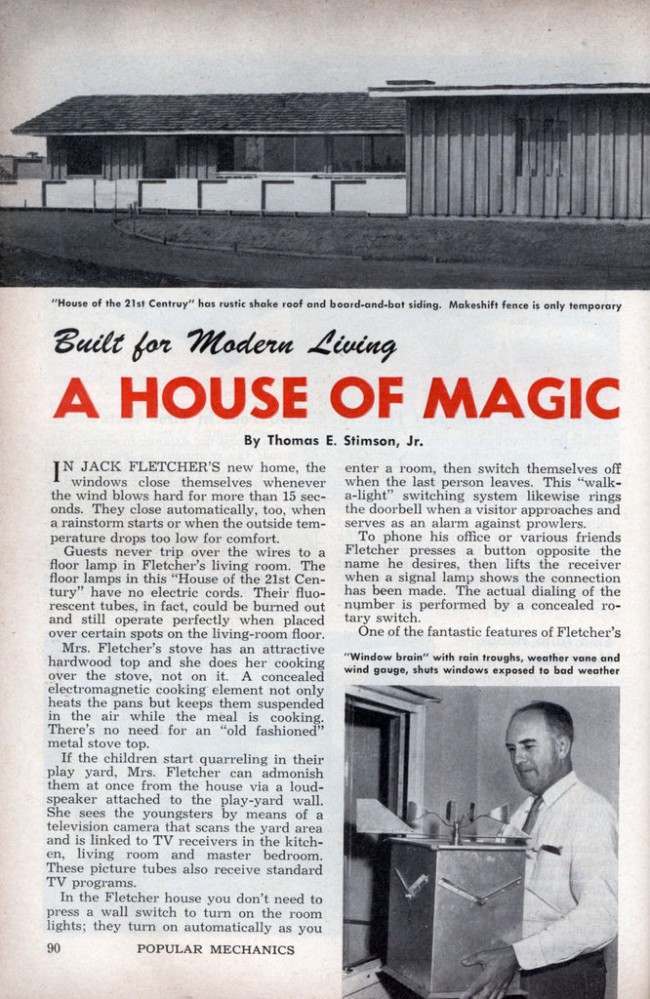 This electronic stove functions by employing the principle of magnetic repulsion. Seven coils of wire mounted on laminated iron cores are contained inside the plywood cabinet. The magnetic field from these coils induces eddy currents in the aluminium cooking pan (19 inches in diameter and an inch thick) which interact and lift the pan up into space, some 3 inches, over the table-stove. The eddy currents generate the heat that warms the pan, while the stove top remains cold. Mrs. Jack Fletcher, wife of the designer of the home, fries bacon and eggs, Oct. 25, 1954 while the pan is in the air above the stove top. 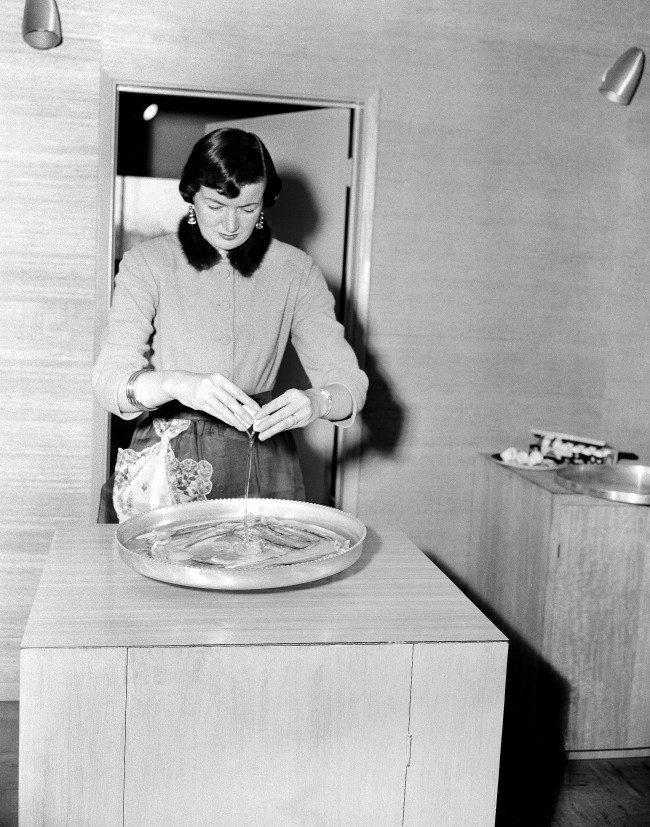 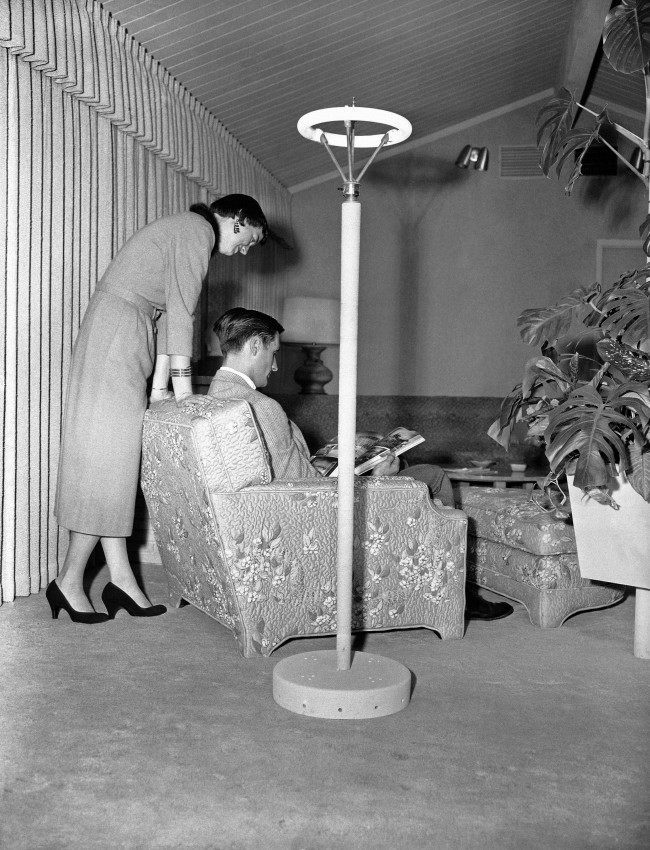 There are no electric outlets; induction coils are set below the concrete and you just sit the lamp, with its built-in coil, on top. (and ignore the waves of EMF). There is so much current flowing that fluorescent bulbs light up when they are placed over the hot spots without even being plugged in. 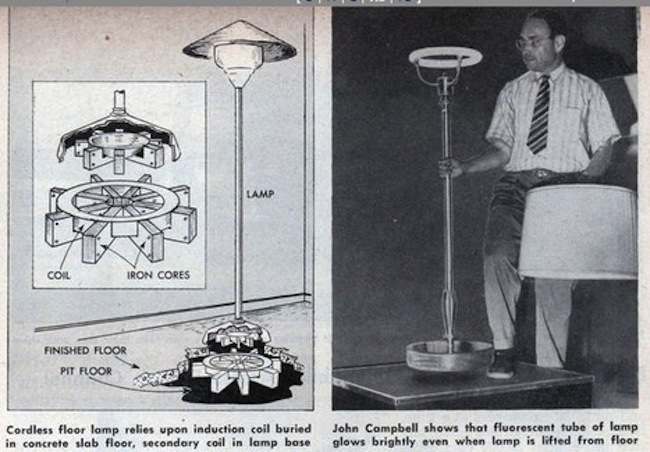 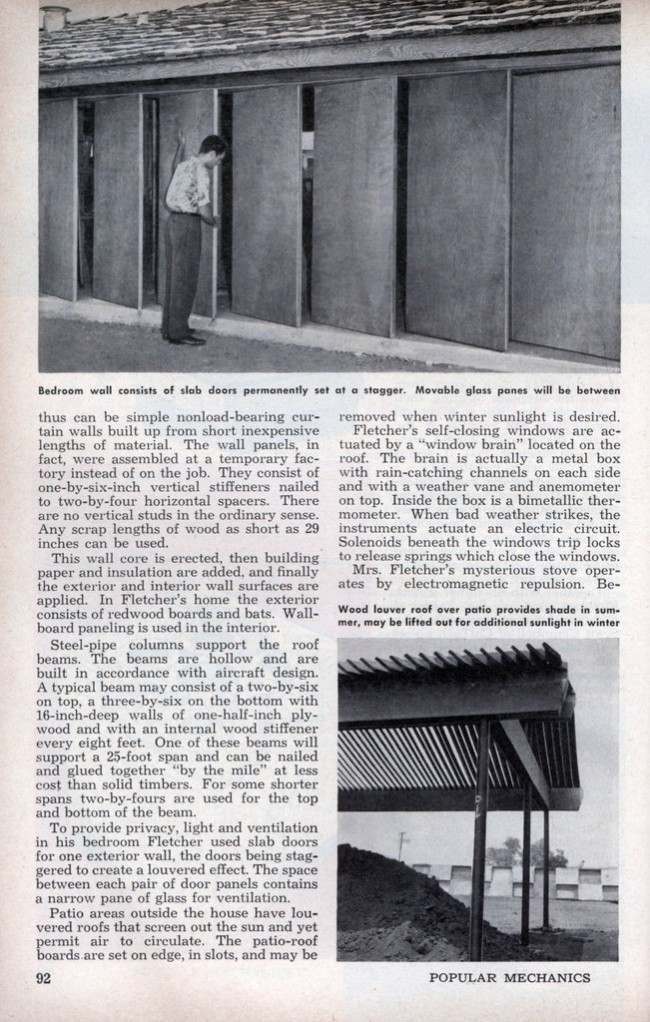 To keep the kids happy when out driving, Jack Fletcher, designer at 21st Century Home, has installed three miniature steering wheels and a plastic windshield in their car at West Covina, Calif., Jan. 4, 1955. In the car are: Joan Fletcher, left-front, Jack Fletcher, right-front and in the backseat are: Johnny, 21 mos., Janie, 3yrs. and Ricky, 21 mos. 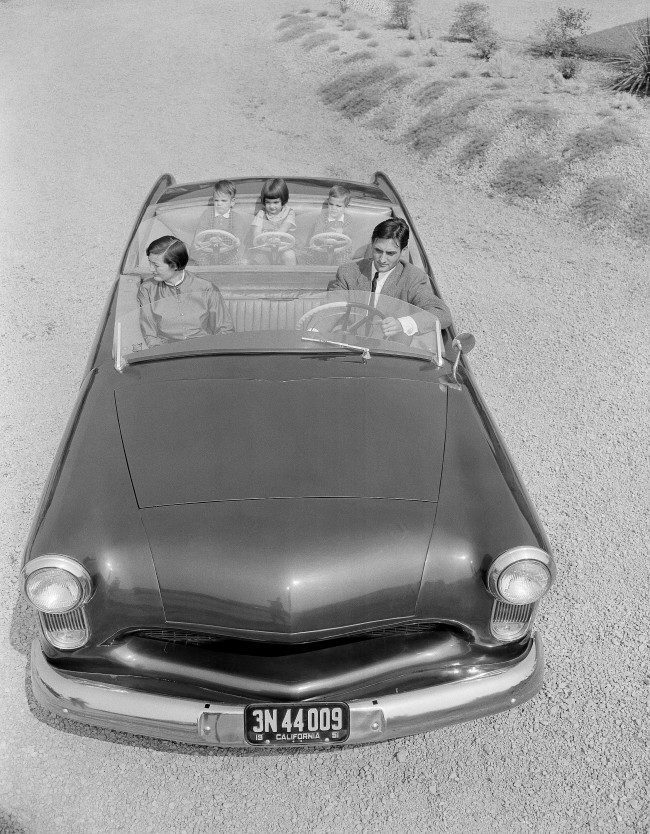 A steel cover is hinged over a brush which rests against and runs parallel to the movable metal screen. As the screen is pulled up or down, the brush automatically cleans it. 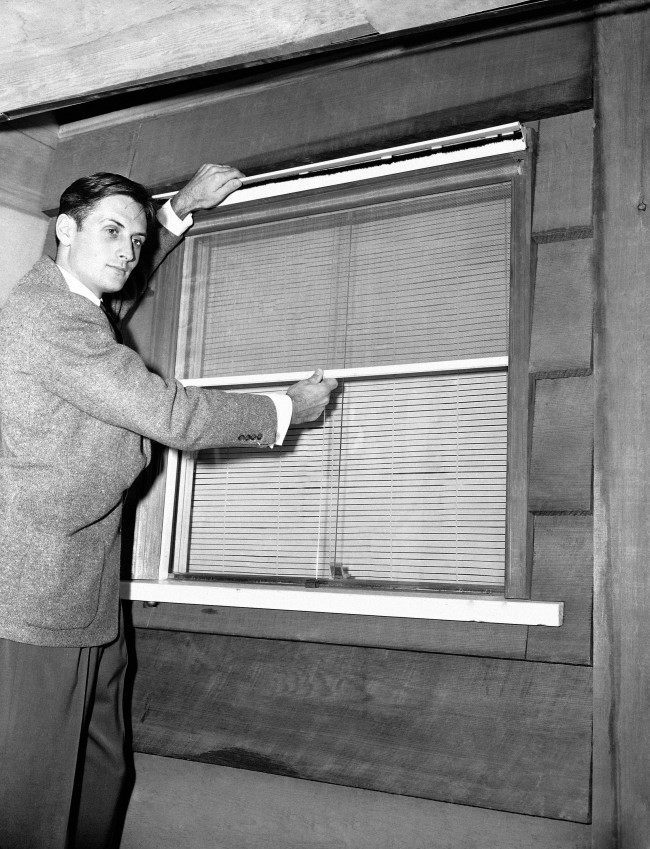 For centuries the Chinese have taken the smoke from a fireplace down back of the fire box, under the floor, through a duct and to the opposite side of the room where it is released through a flue. The fireplace in the 21st century model home in West Covina, Calif., utilize this idea but with a change. Instead of a wall over the mantle as the Chinese have, there is a large picture window so that the fire and the view may be enjoyed at the same time. Mr. and Mrs. Jack Fletcher stand outside and inside the house, respectively. 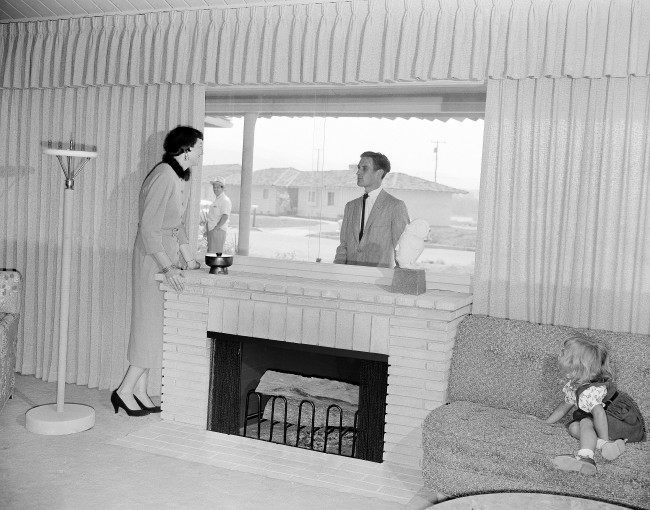 “The secret is that the flue doubles back down from above the fireplace opening, then runs under the floor to a central chimney in the middle of the house. It’s an old Chinese principle, so ancient that it seems brand new when put to use.” 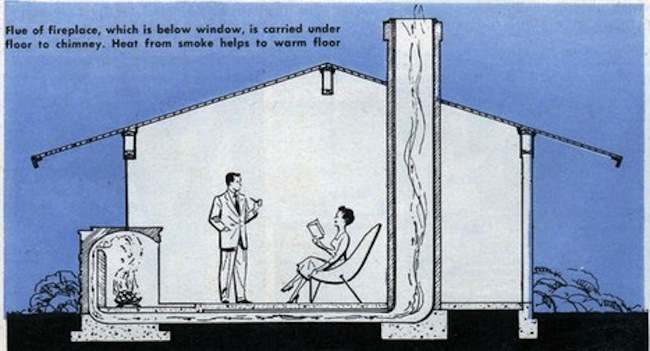 A light anticipation system designed Jack Fletcher for his home in West Covina, Calif., is controlled by capacity relay which prevents a person from having to enter an unlighted room. Mrs. Fletcher turns on light by passing hand across wall. Jack Fletcher reading on lounge. 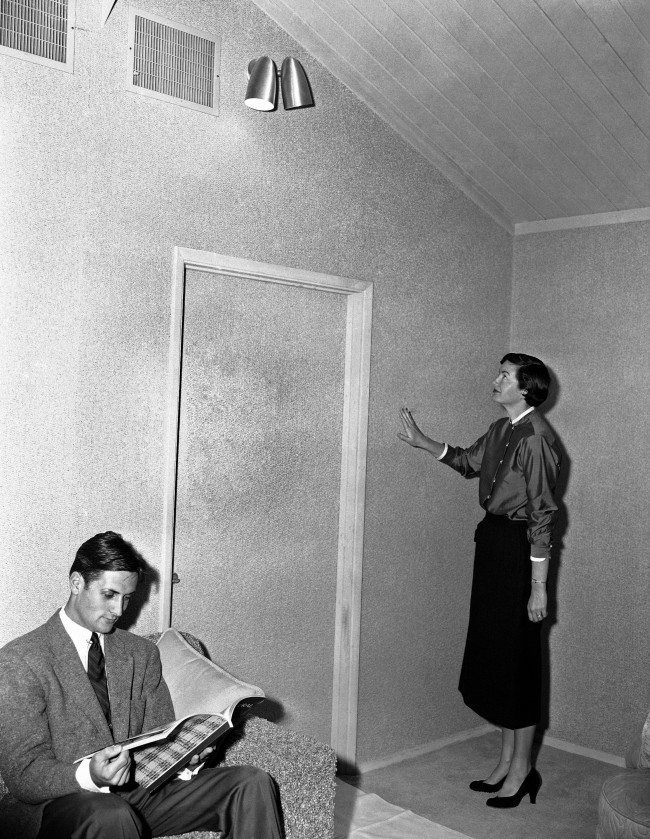