“In 1967 the Monkees sold more records than the Beatles and Rolling Stones combined”
– Mike Nesmith, The Monkees 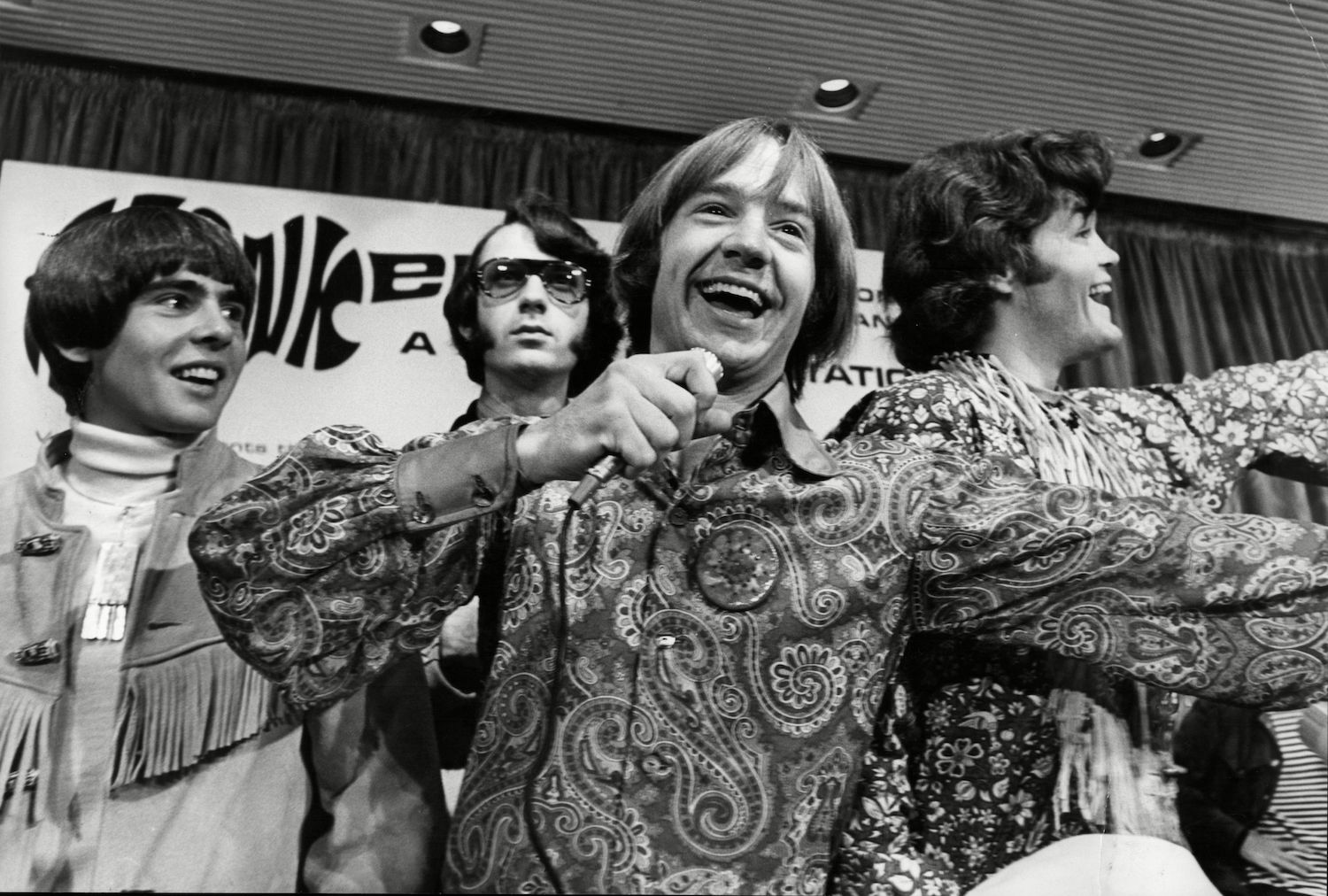 And it must be true because in 1986 the Washington Post told its readers: “In 1967 they sold 35 million albums, twice as many as the Beatles and Rolling Stones combined.” In 2016, Vice repeated the fact: “In 1967, The Monkees TV show was a smashing success, and the self-titled album released to complement the show sold 35 million records, outselling The Beatles and The Rolling Stones combined.” 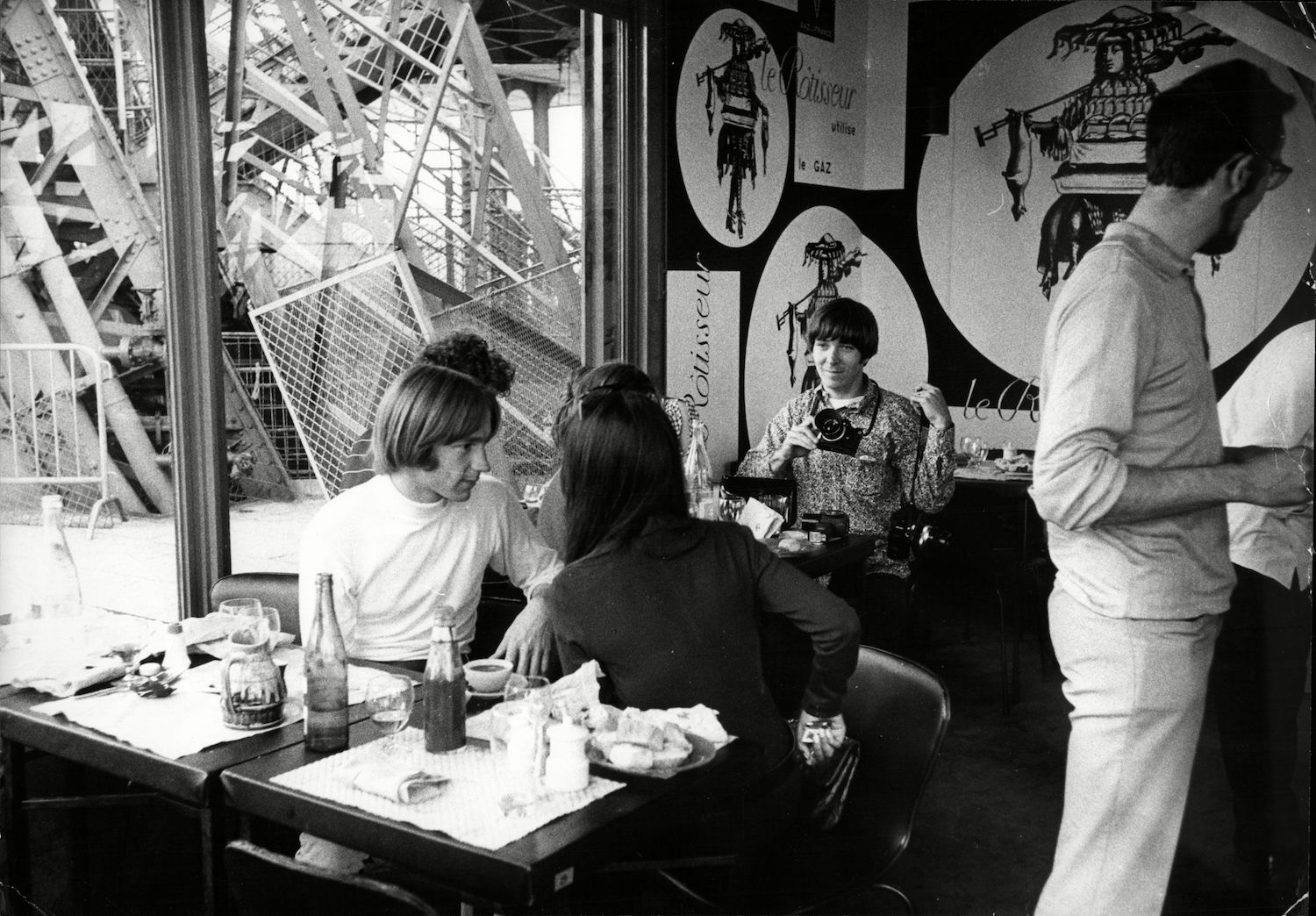 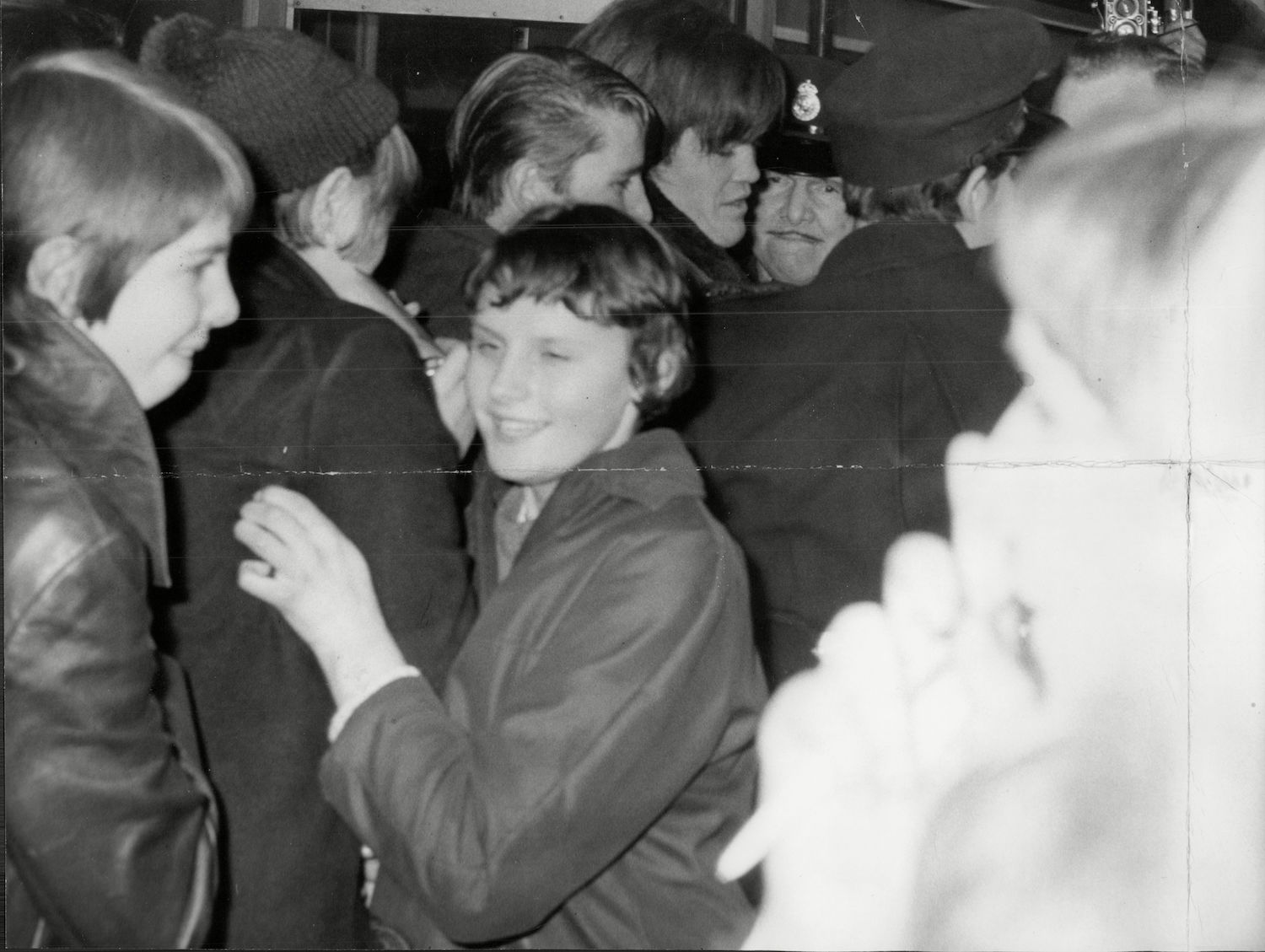 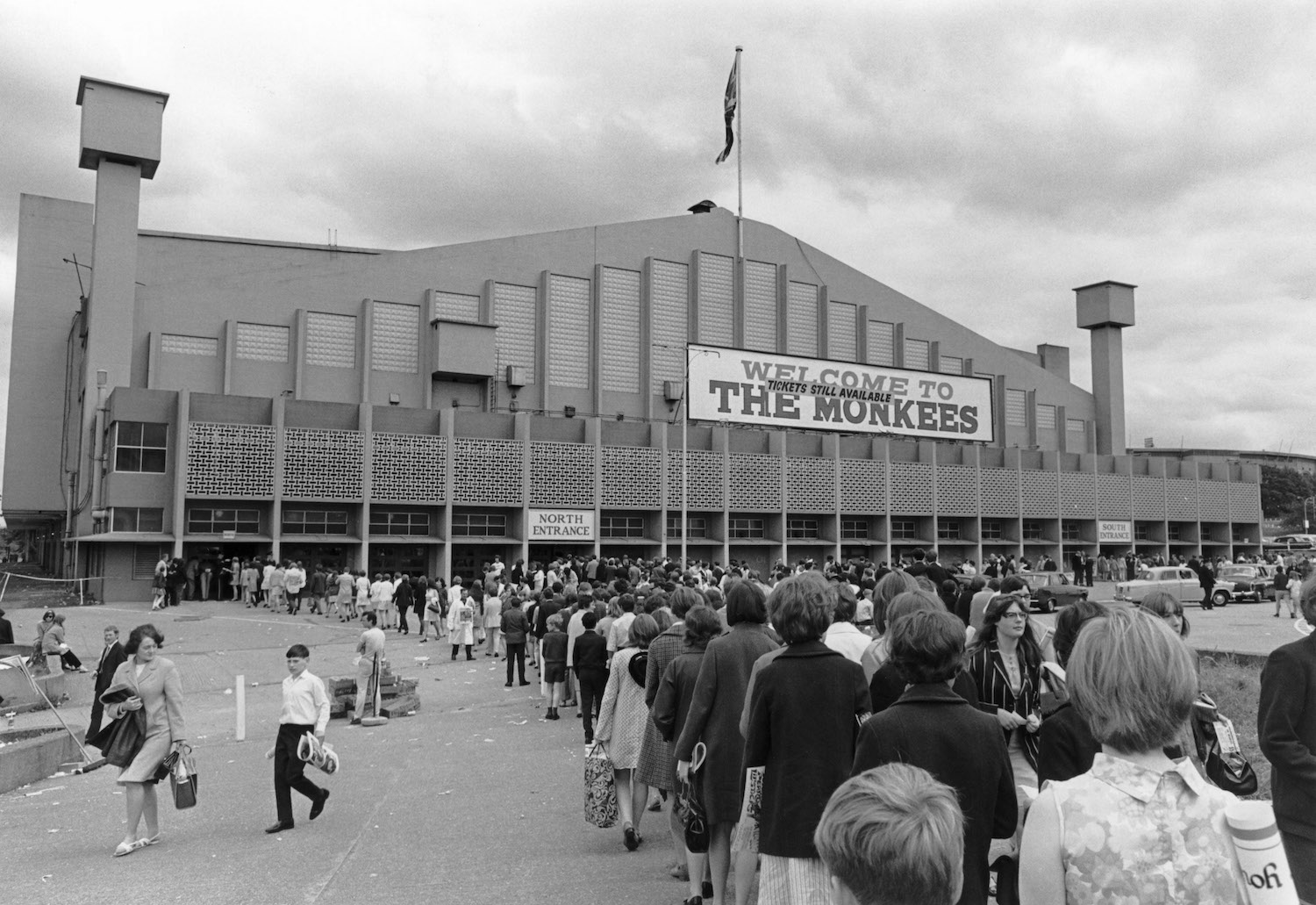 The Daily Mail also backed up the fact, reporting in 2012: “They ended up being pretty much the biggest thing on the planet; in 1967 the ‘Prefab Four’, fronted by Jones, outsold the Beatles and the Rolling Stones.”

The story of The Monkees being bigger than The Beatles and Rolling Stones combined has made it into books, including The Beatles Wikipedians, a book compiled by Wikipedia experts.

Problem is that the story is rubbish. 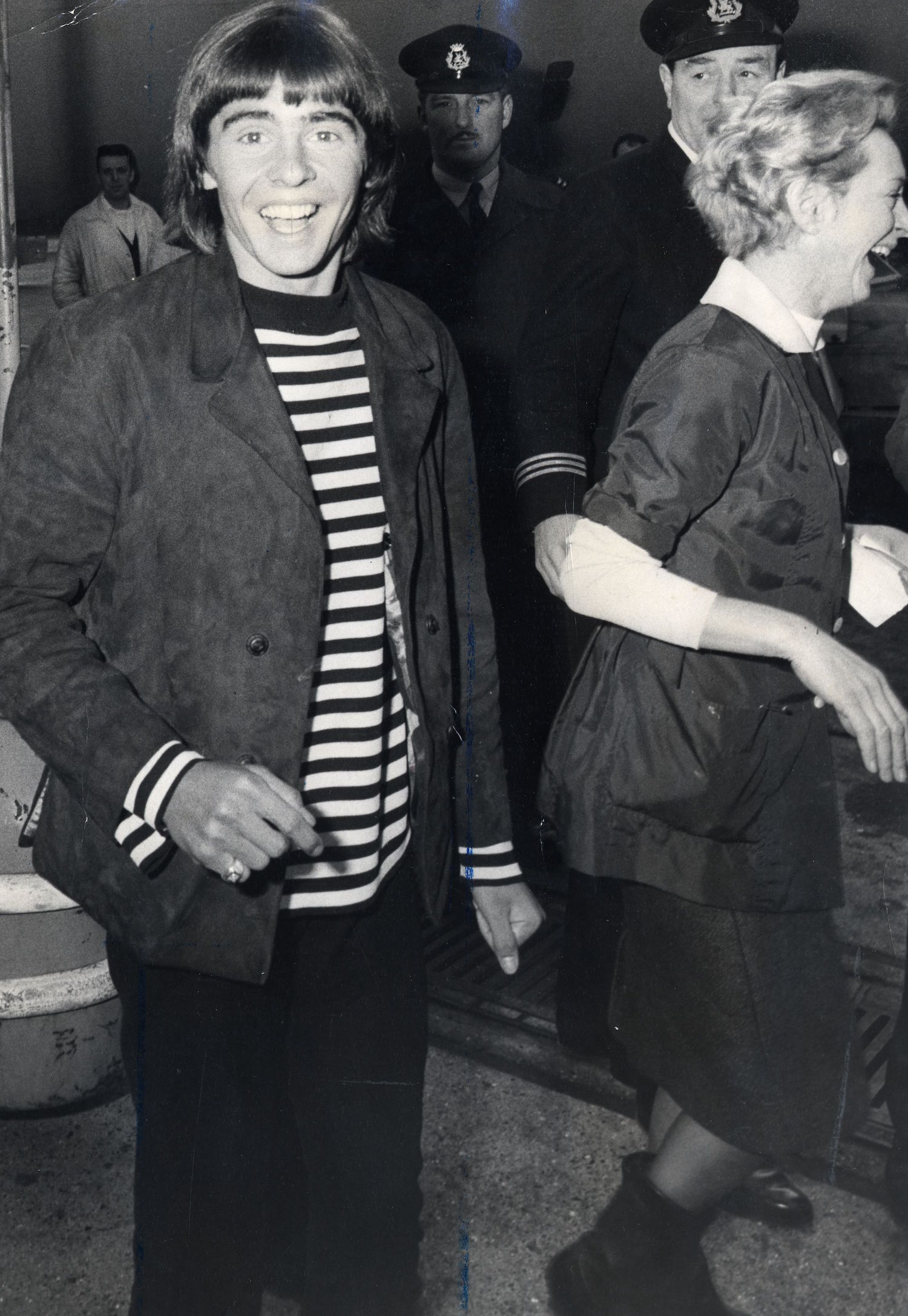 Davy Jones Of The Monkees At Heathrow Airport With A Fan, 1967. 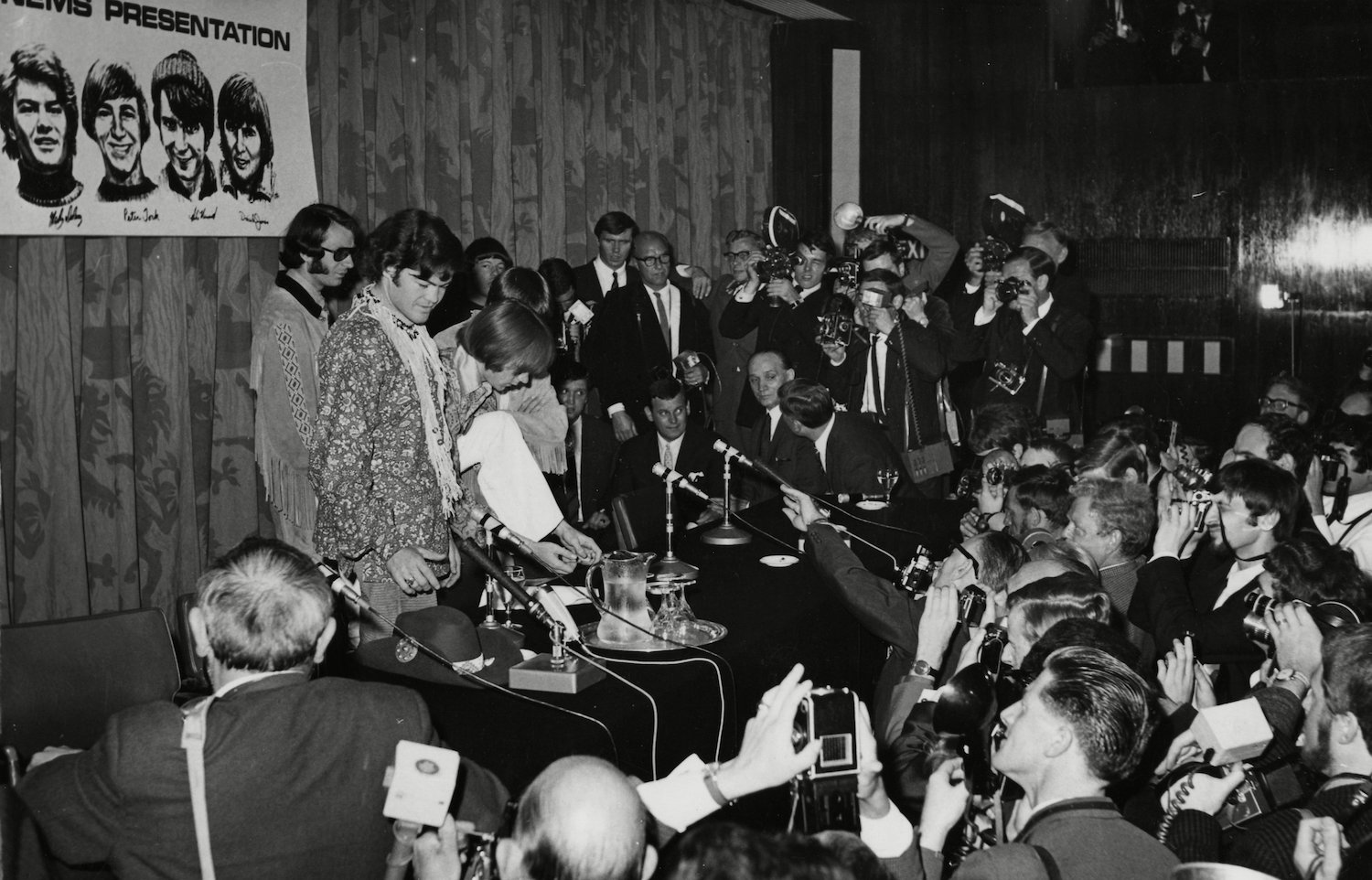 The U.S. American Pop band “The Monkees”, are seen beneath a poster with sketches of themselves, during their press conference in London, England. The band arrived yesterday and will give their first concert tomorrow at the Empire Pool, here in London – 29 Jun 1967 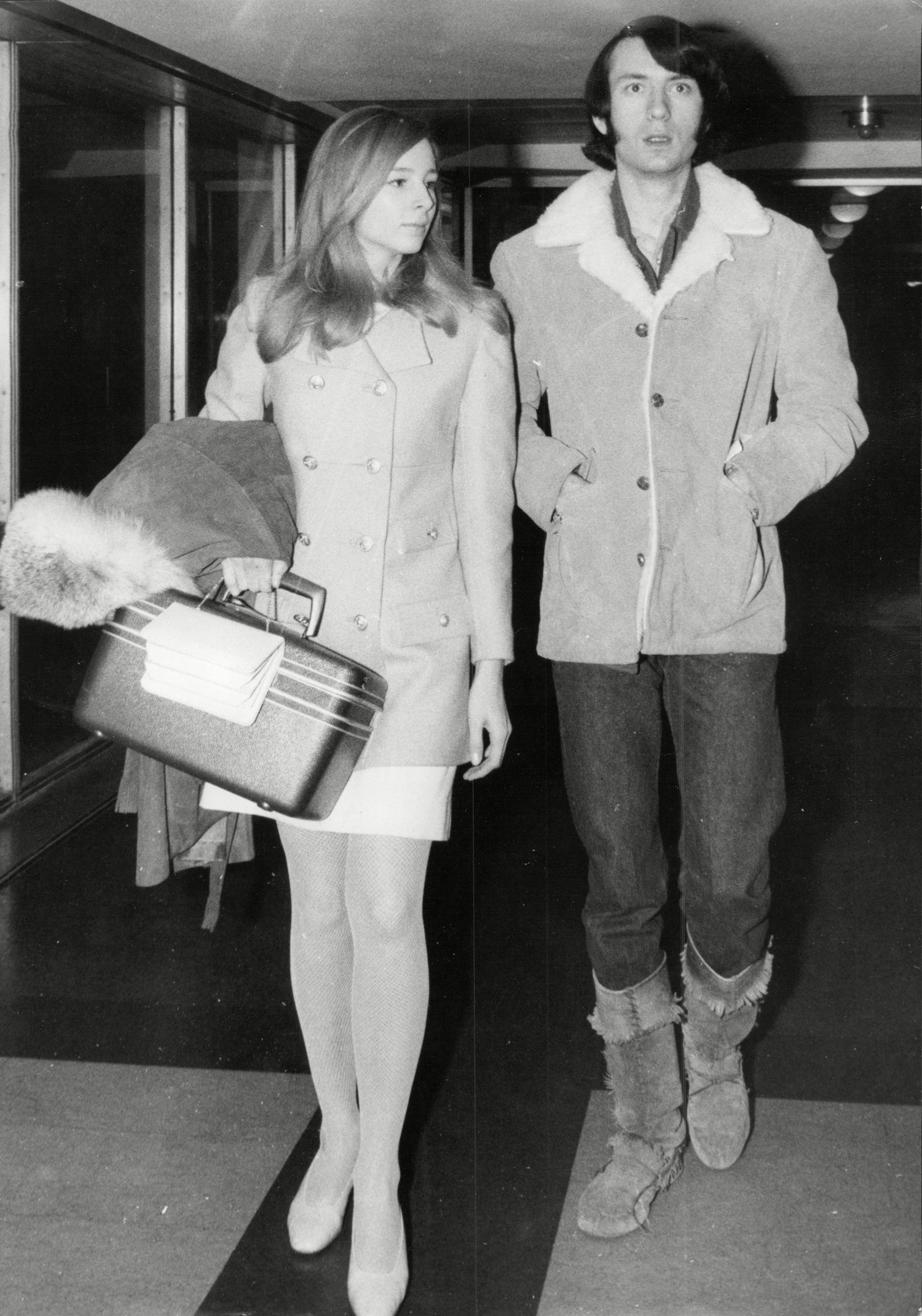 Michael Nesmith with his wife Phyllis Nesmith at Heathrow Airport, 1967 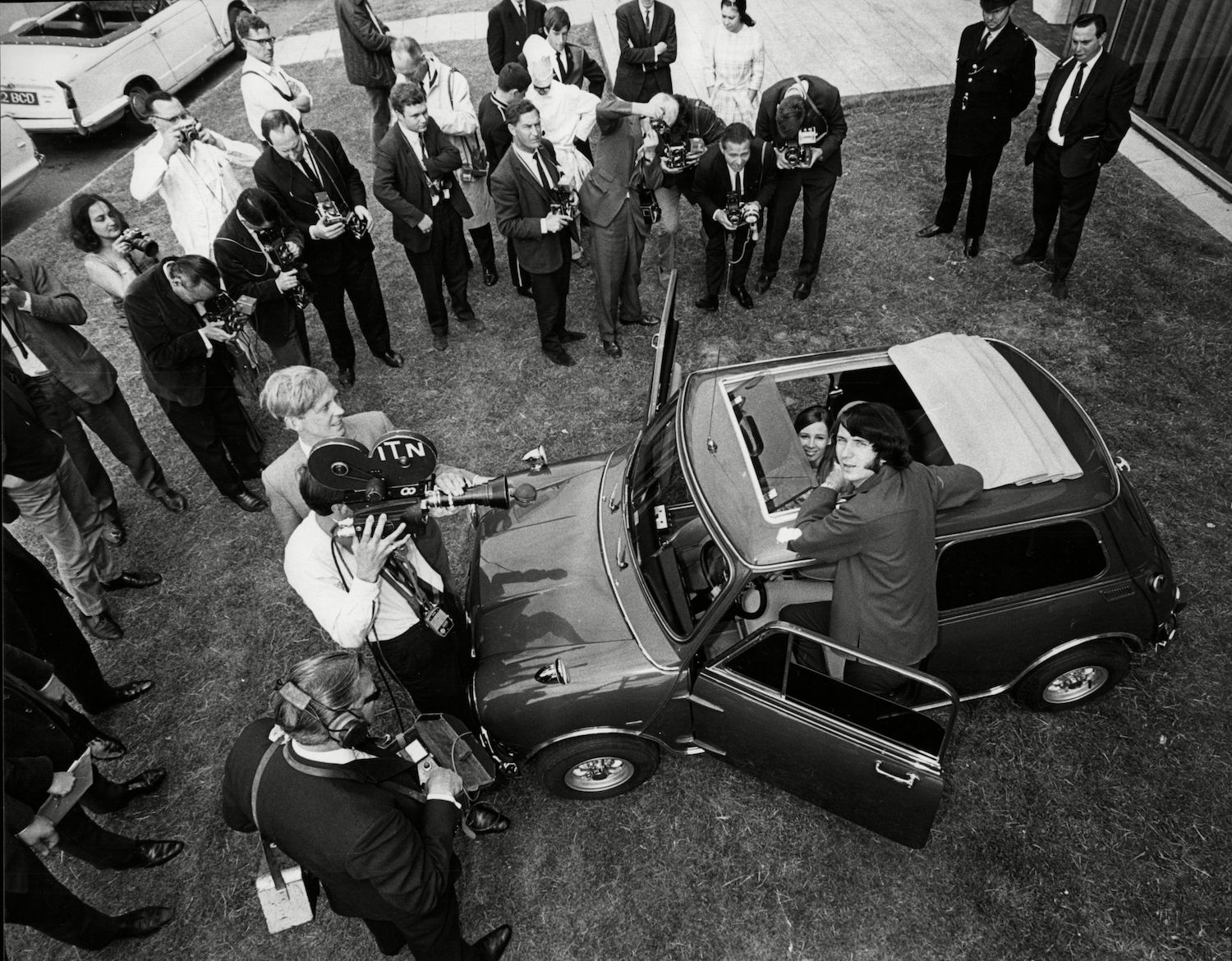 Mike Nesmith, one of The Monkees, tells us how the story came about in his autobiography Infinite Tuesday. The Monkees were in Australia. It was November 1977. Nesmith was being interviewed:

“As we sat down for the interview, before he asked the first question, I told him that I was going to lie to him. He was taken aback, then seemed a little nonplussed and asked why. I said it was because I didn’t trust the press, that I didn’t expect him to tell the truth, so neither would I …

“I said that some of the things I would say would be true and some false, and it was up to him to figure out which was which, according to the normal standards of journalistic responsibility. He asked how he would tell the difference between when I was lying and telling the truth, and I said, “You won’t. That is the point of the lie …”

“Then came a point where he asked me about the sales of the Monkees records, and I saw the chance. It isn’t too well known, I said flatly, that we sold over thirty-five million records in 1967. More than the Beatles and the Rolling Stones combined … he diligently wrote all this down, and I wondered for a moment if I had chosen too outrageous a lie to tell, but it turned out it had been just right.

“The next day in the paper, there it was, printed as fact.”

Michael Nesmith has had a rich and varied career. David Hepworth writes:

Because he inherited a fortune from his mother, who invented liquid correction paper, he could pick and choose. When the Monkees reform sometimes he’s there and sometimes he isn’t. He’s the boss of a think tank. He pioneered long-form video. He’s been a quite successful movie producer. He put out a record which was accompanied by a book you were meant to read at the same time.

In the seventies he released a series of albums on RCA that I still love. They had the kind of titles like “Tantamount To Treason” and “Loose Salute” that made you love them long before you got to hear them. They’re impressionistic. On one hand he was making Nashville pop. On the other he seemed to be fashioning little movies. He scattered sound effects and spoken passages throughout. 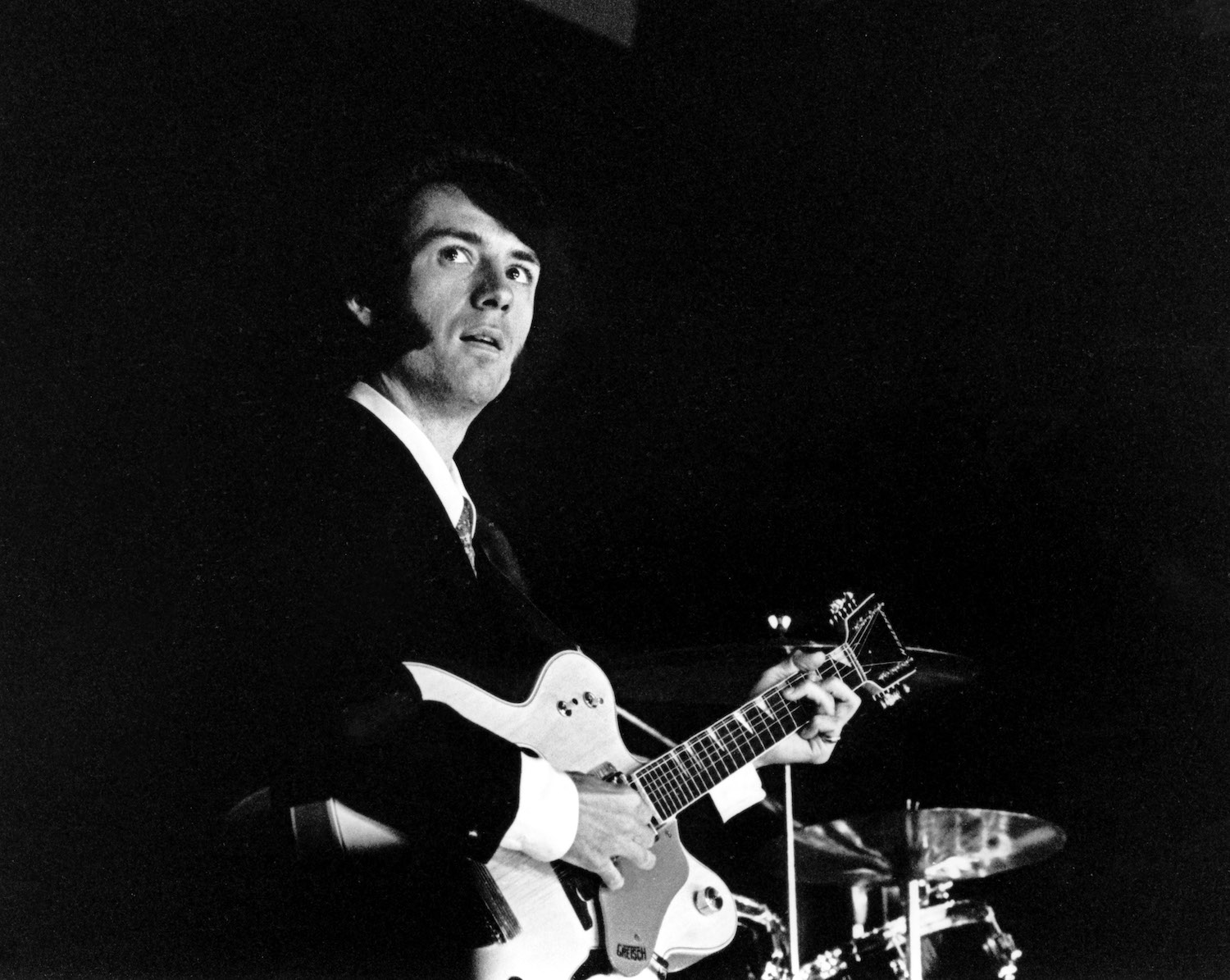