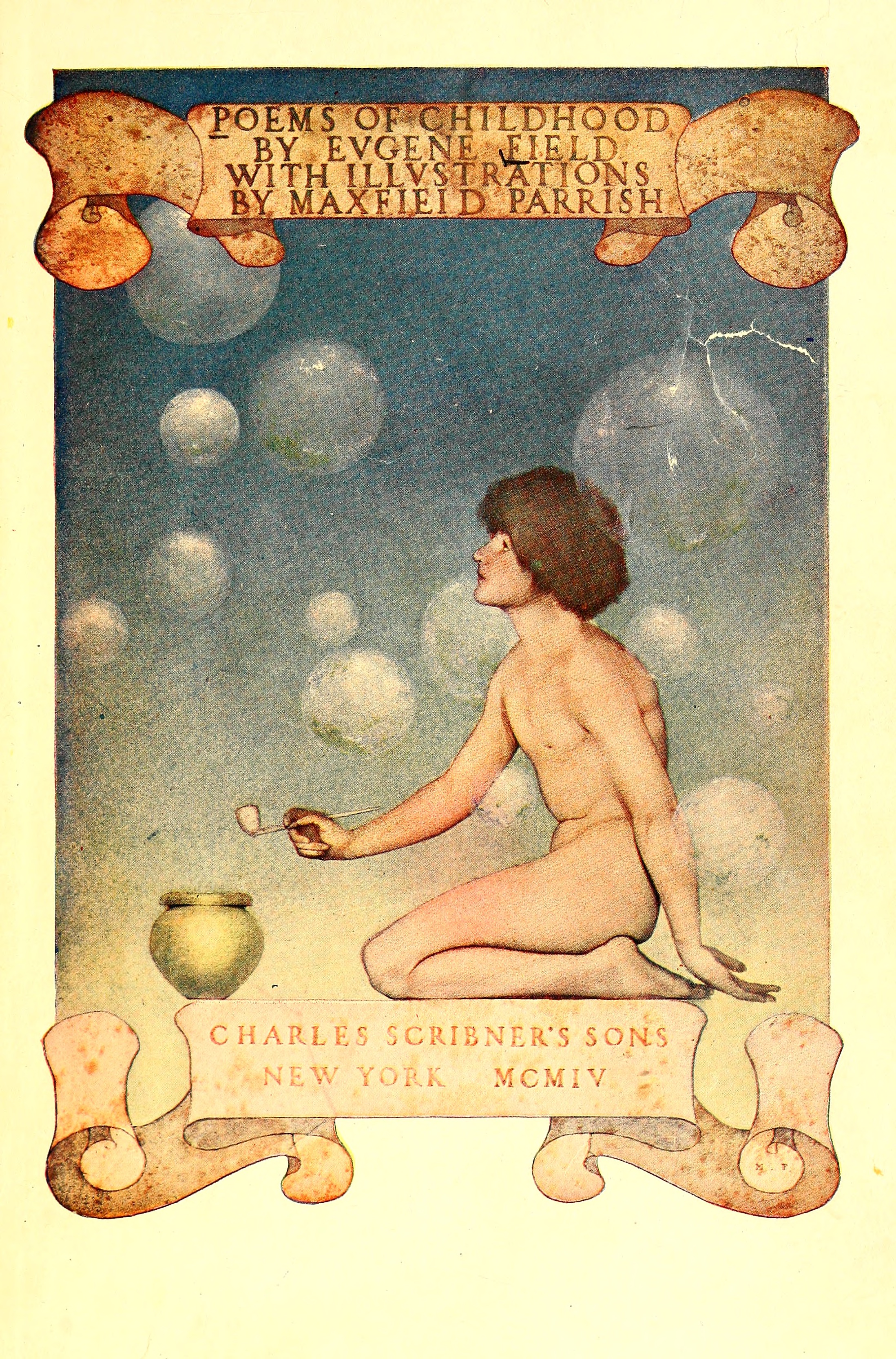 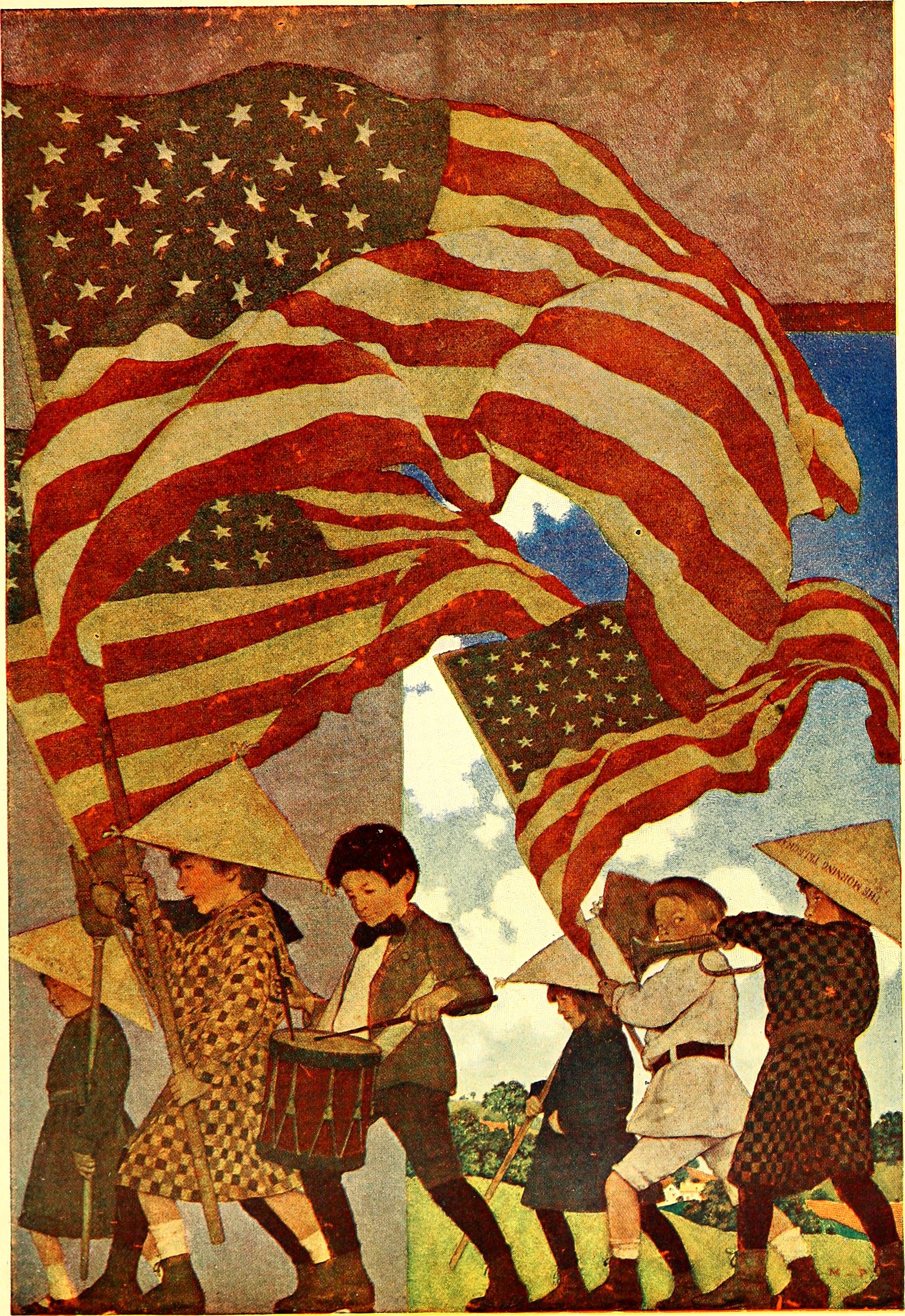 WITH big tin trumpet and little red drum,
Marching like soldiers, the children come!
⁠It ‘s this way and that way they circle and file—
⁠My! but that music of theirs is fine!
⁠This way and that way, and after a while
⁠They march straight into this heart of mine!
A sturdy old heart, but it has to succumb
To the blare of that trumpet and beat of that drum! 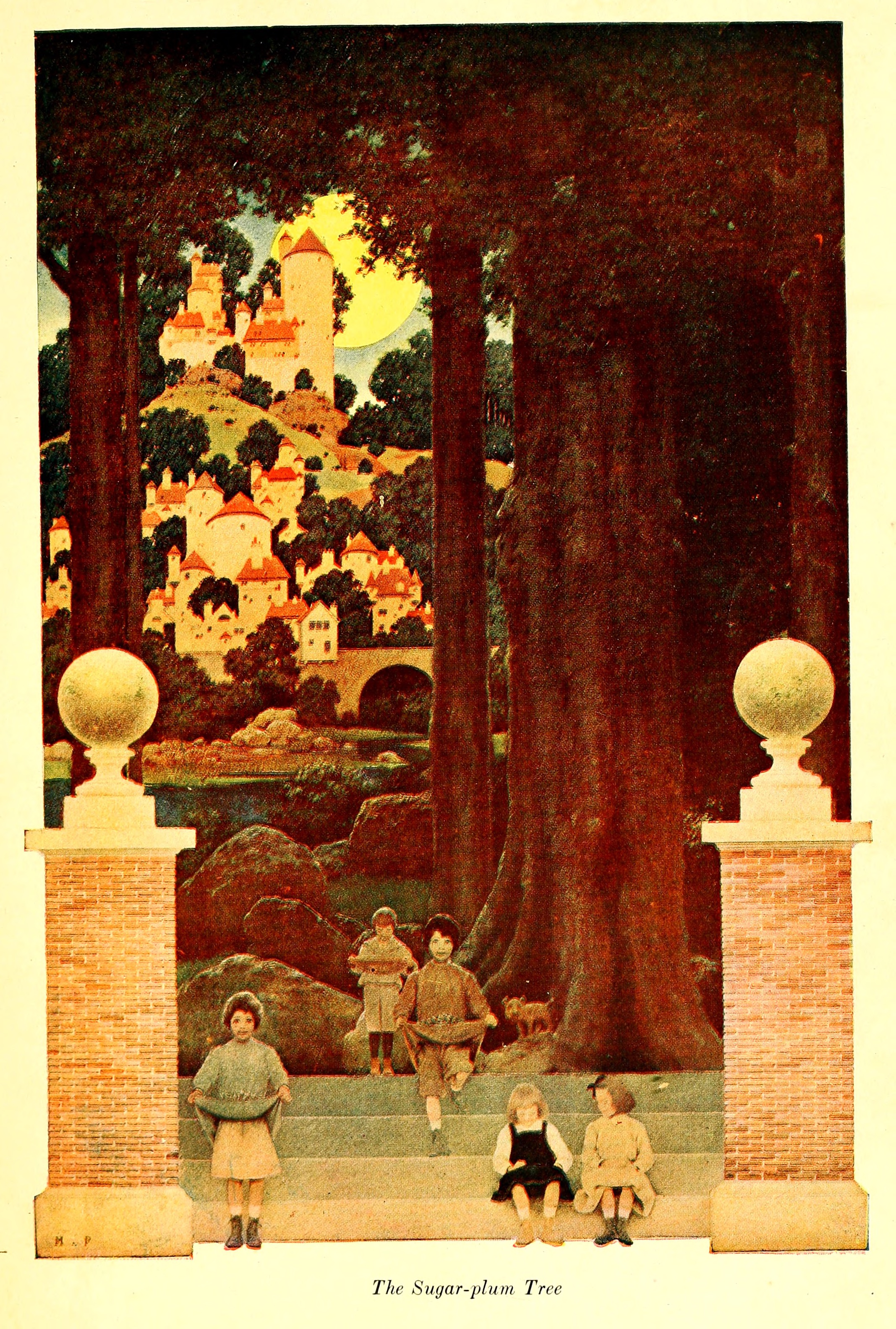 There are marshmallows, gumdrops, and peppermint canes,
⁠With stripings of scarlet or gold,
And you carry away of the treasure that rains
⁠As much as your apron can hold! 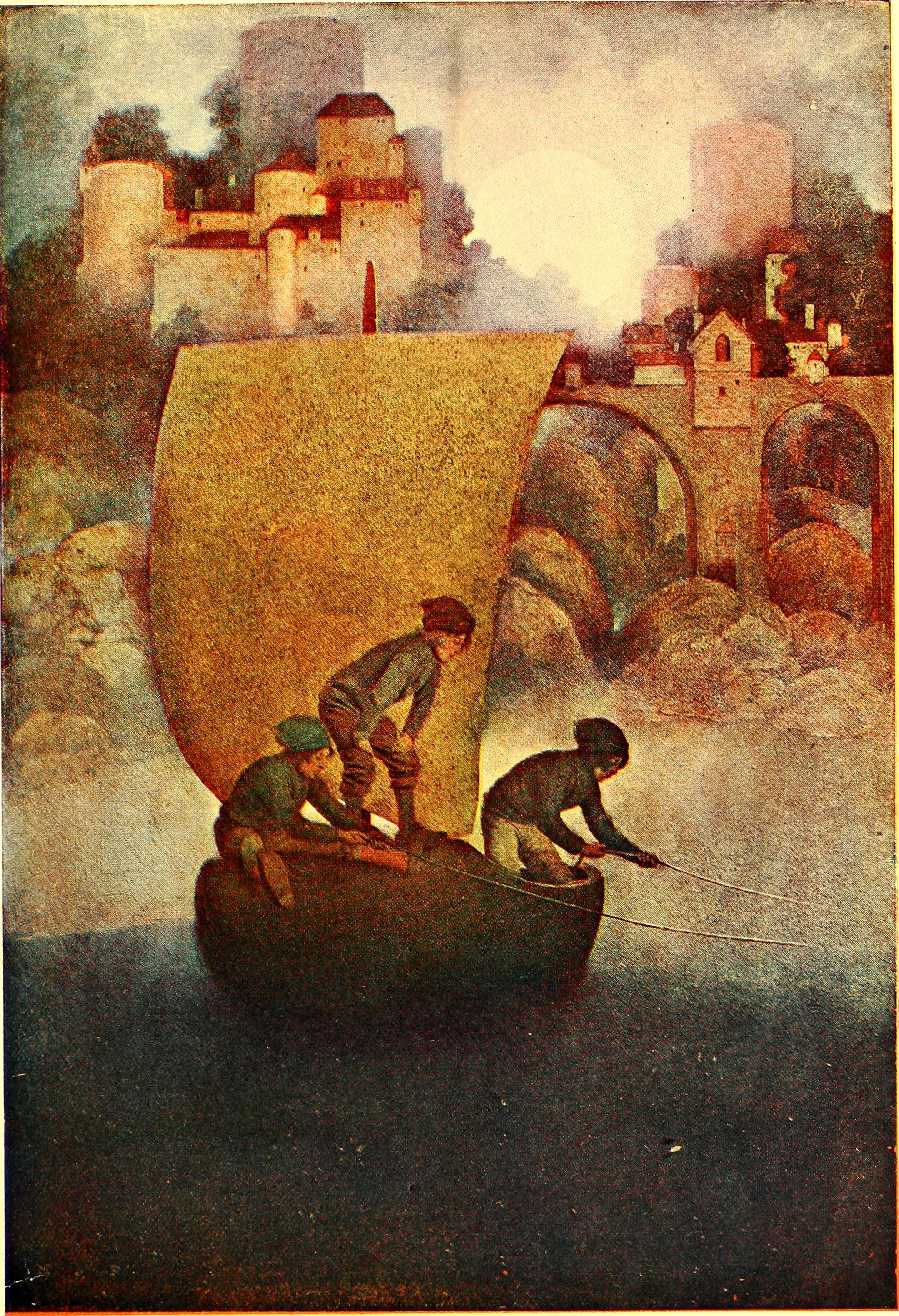 Wynken and Blynken are two little eyes,
And Nod is a little head,
And the wooden shoe that sailed the skies
Is a wee one’s trundle-bed. 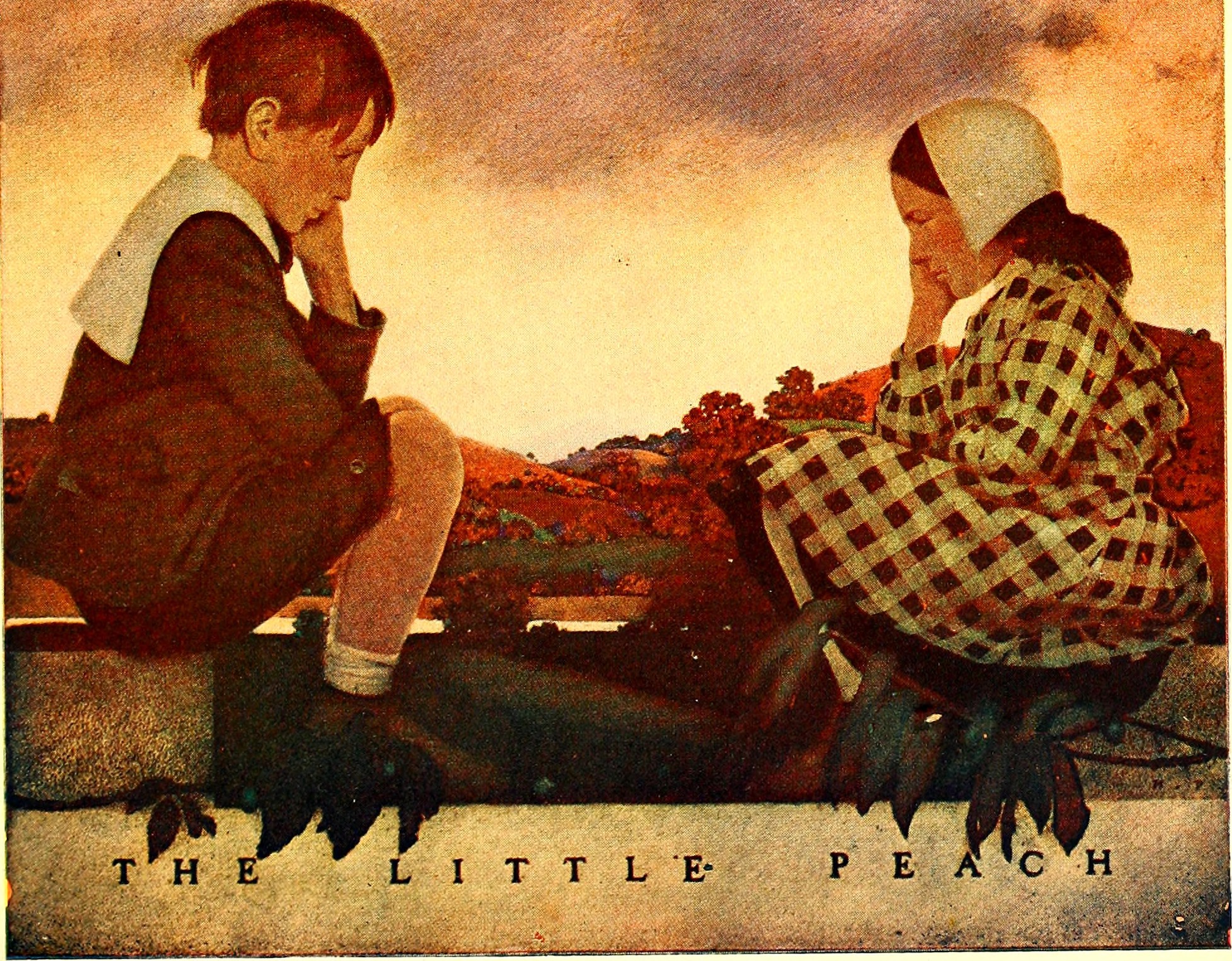 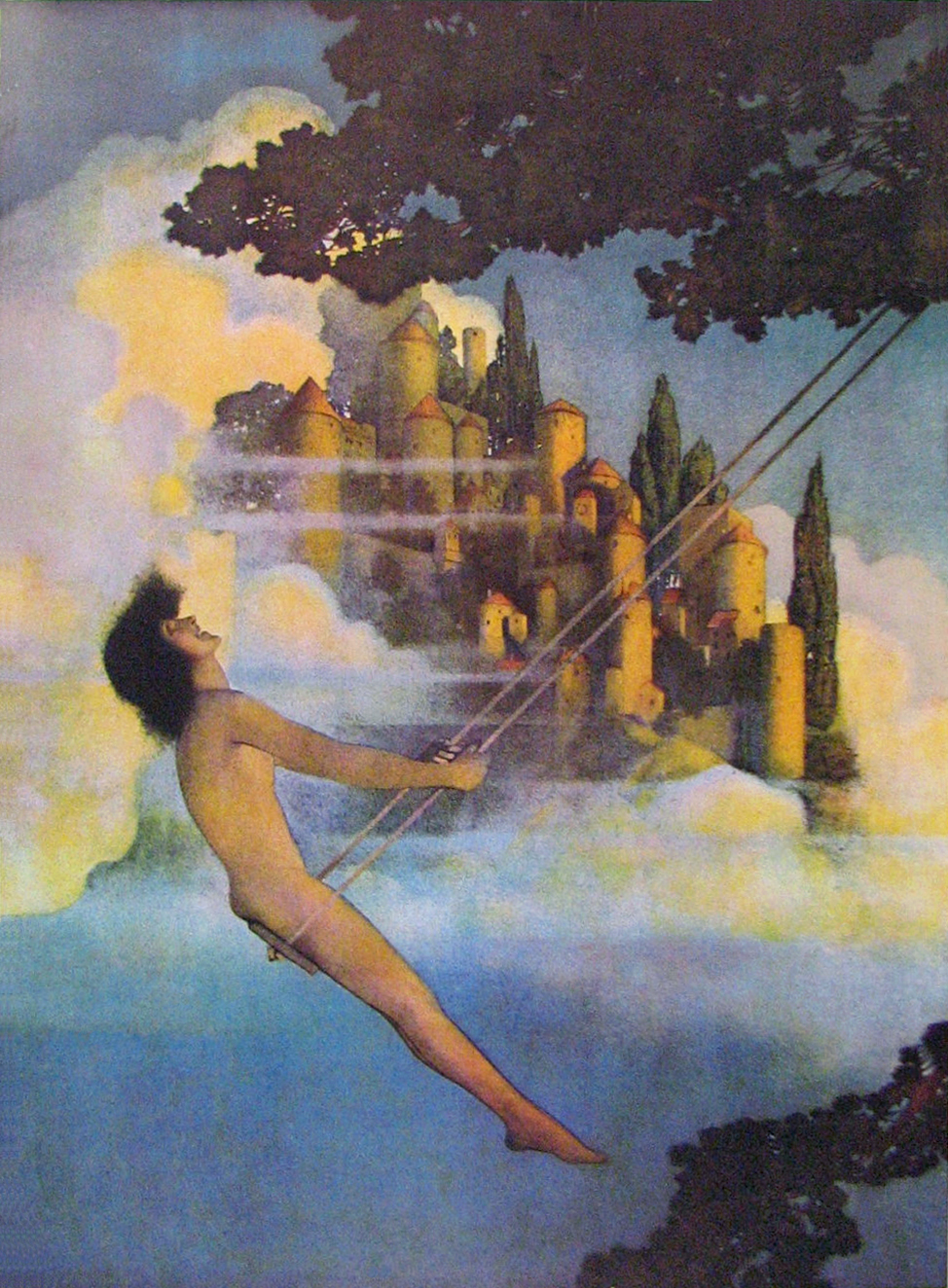 For the Dinkey-Bird’s bravuras
⁠And staccatos are so sweet—
His roulades, appoggiaturas,
⁠And robustos so complete,
That the youth of every nation—
⁠Be they near or far away—
Have especial delectation
⁠In that gladsome roundelay. 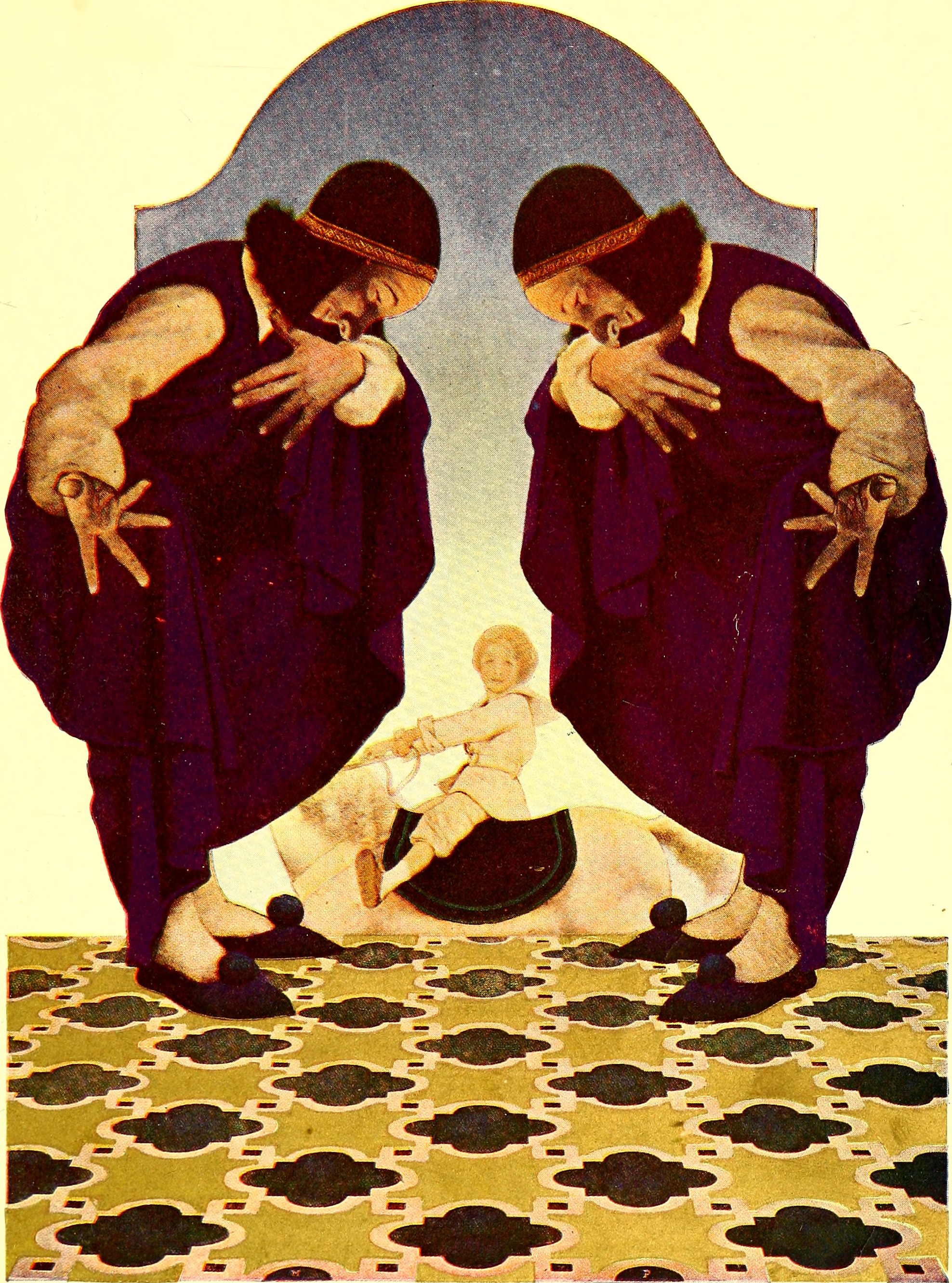 Off! scamper to bed — you shall ride him to-night!
For, as soon as you’ve fallen asleep,
With a jubilant neigh he shall bear you away
Over forest and hillside and deep! 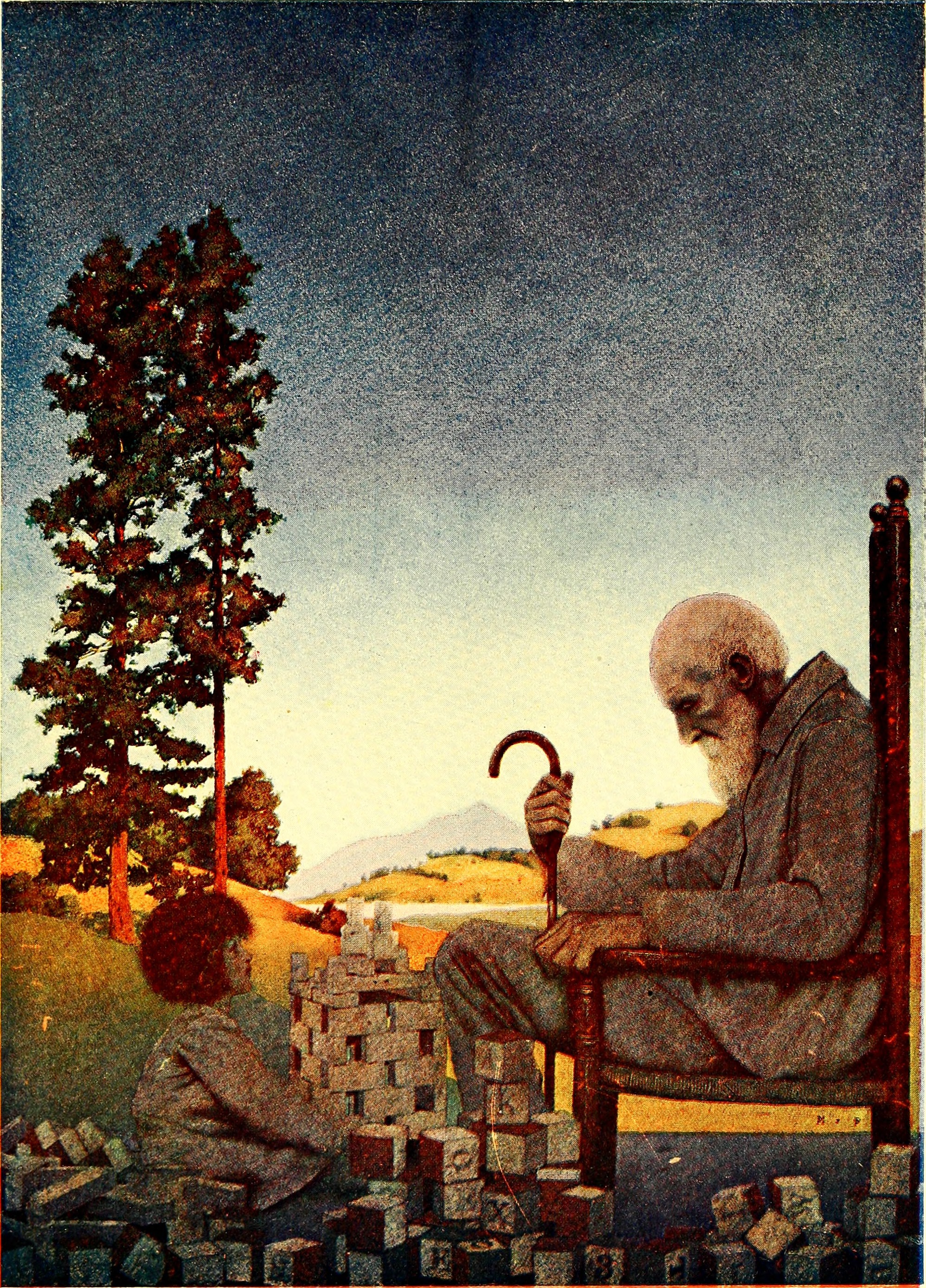 So they gossip at their play,
Heedless of the fleeting day;
One speaks of the Long Ago
Where his dead hopes buried lie;
One with chubby cheeks aglow
Prattles of the By and By;
Side by side, they build their blocks —
Shuffle-Shoon and Amber-Locks. 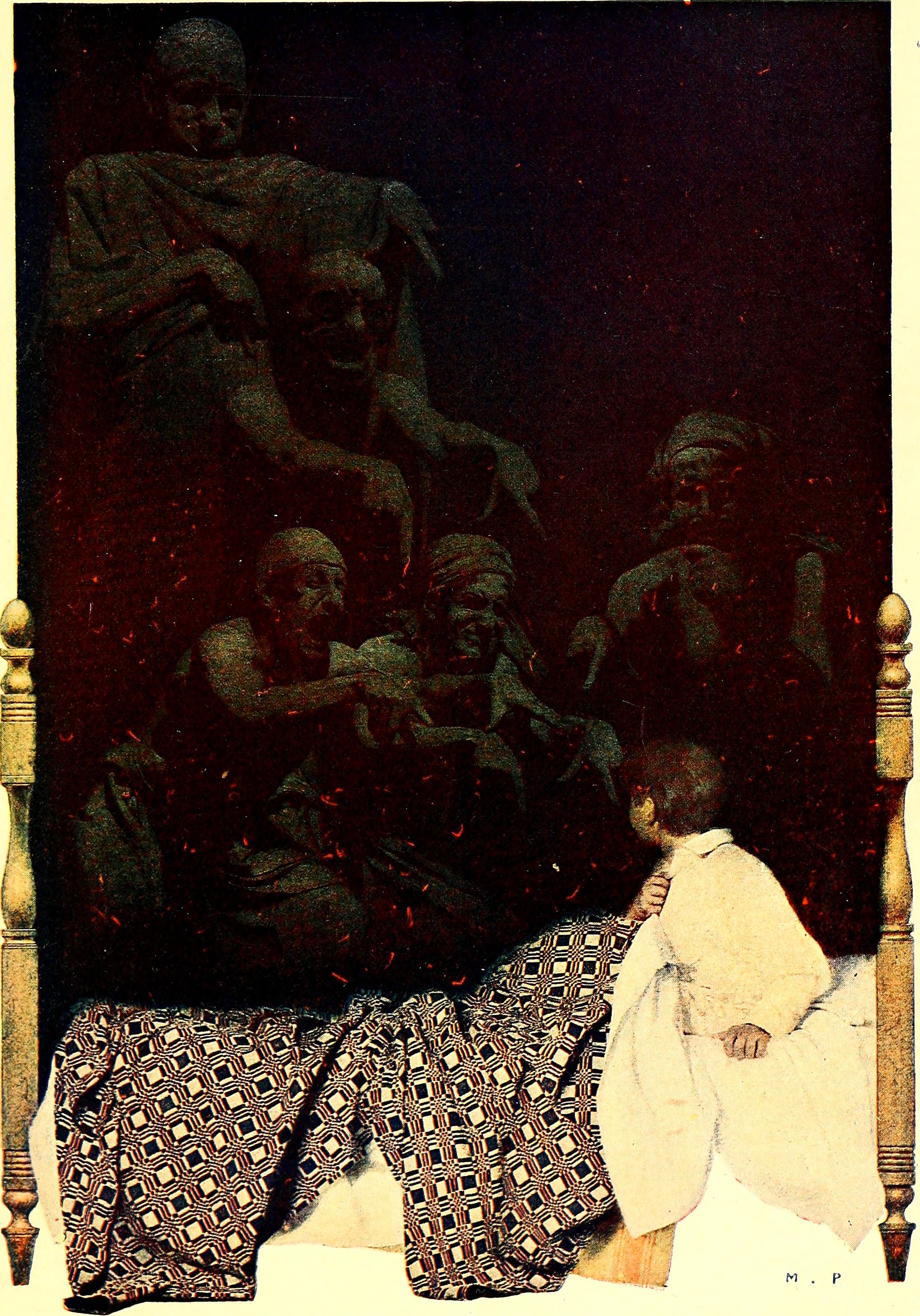 Once, when I licked a feller ‘at had just moved on our street,
An’ father sent me up to bed without a bite to eat,
I woke up in the dark an saw things standin’ in a row, 15
A-lookin’ at me cross-eyed an’ p’intin’ at me—so!
Oh, my! I wuz so skeered ‘at time I never slep’ a mite—
It’s almost alluz when I’m bad I see things at night!

We’ve some great illustrations for sale in the Flashbak Shop.