A lone  supporter sits by the damaged fencing at Hillsborough Stadium, in Sheffield. Twenty years after the Hillsborough disaster, English football is enjoying a golden age with multi-millionaire players starring in modern stadia, reaping the rewards of lucrative TV deals. But in the aftermath of the disaster at the Sheffield ground in April 1989, that saw 96 Liverpool fans crushed to death at an FA Cup semi-final against Nottingham Forest, things never looked so bleak. 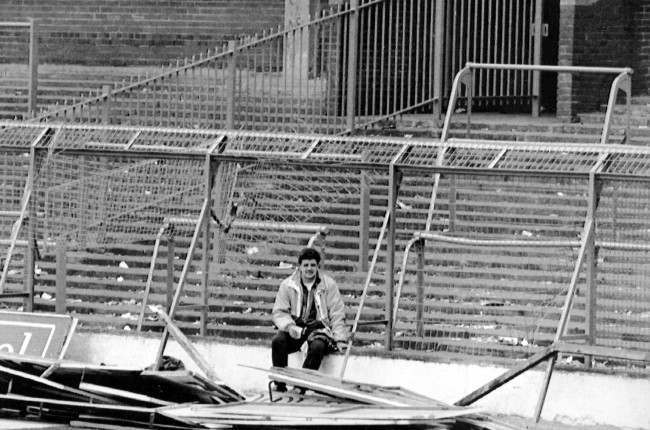