Health and Safety be Damned! We look back at the traditional November 5th Tar Barrel Burning Ceremony of Ottery St Mary’s, Devon.

It’s November 5, 1963. It’s Bonfire Night, when effigies of Guy Fawkes are burned on the pyres. Catholics of Devon, beware!

In Otterly, 17 heavy wood-and-iron barrels are soaked with tar, lit, and then carried through the streets. It’s been a regular event since the 17th Century. 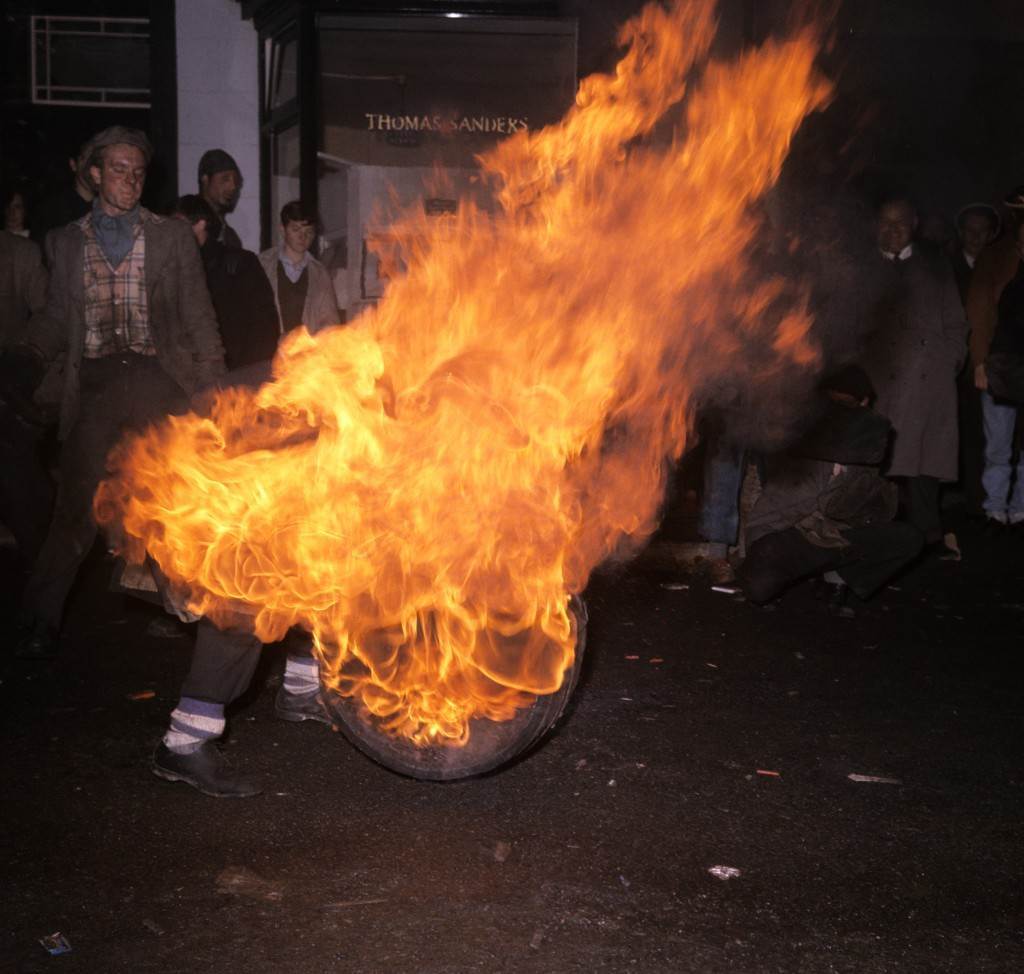 The barrels are coated with old-fashioned coal tar in the months leading up to the event, and then on the night they are lit outside a selection of the pubs located in the town. As the flames begin to pour out of the sides they are lifted up onto the shoulders of local participants, and carried onto the next stop. The final barrel is then carried to the square as the clock strikes midnight. 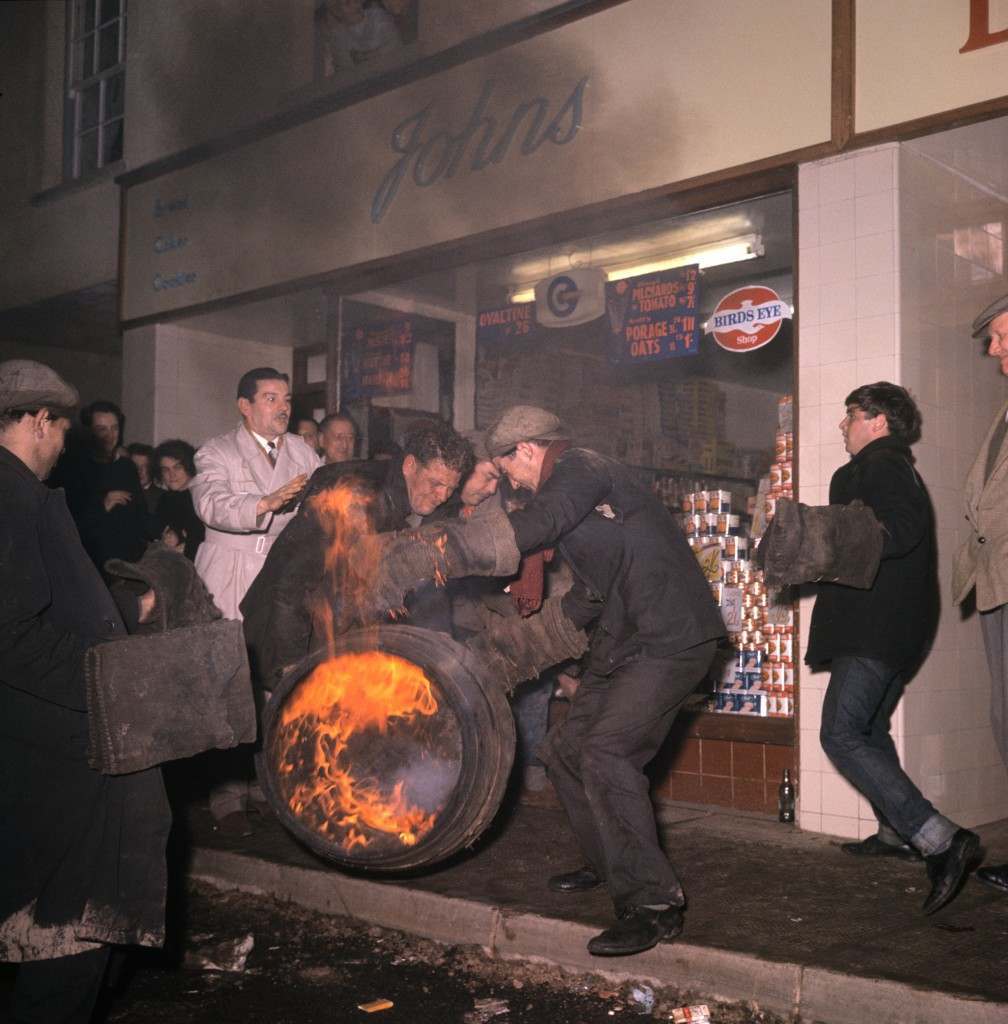 A man tries to get to grips with a burning barrel in the street, as others look on. PA-2281609

But is it to do with Catholics, treason and plot?

The origins of the tradition are murky. Some claim it’s a throwback to the days when smoking tar barrels were taken in and out of the pubs to get rid of disease.

The most likely explanation for this tradition is as a way of exorcising evil spirits in the town, a pagan ritual using the cleansing flame and the camaraderie of the townsfolk to keep the karma high and the town free from dark forces.

…the flames acted as a warning of the approach of the Spanish Armada.

Fire festivals around the time of Halloween are deeply rooted in British folklore and have been connected with the ritual burning of witches. 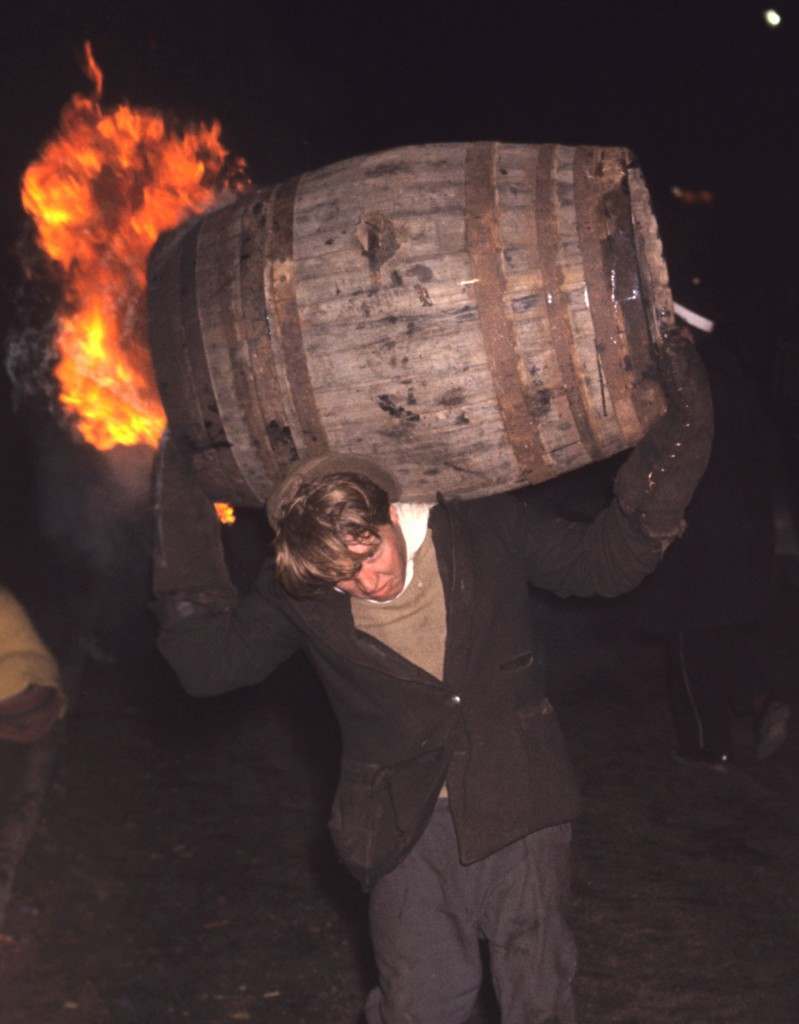 A man runs through the street carrying a burning barrel. 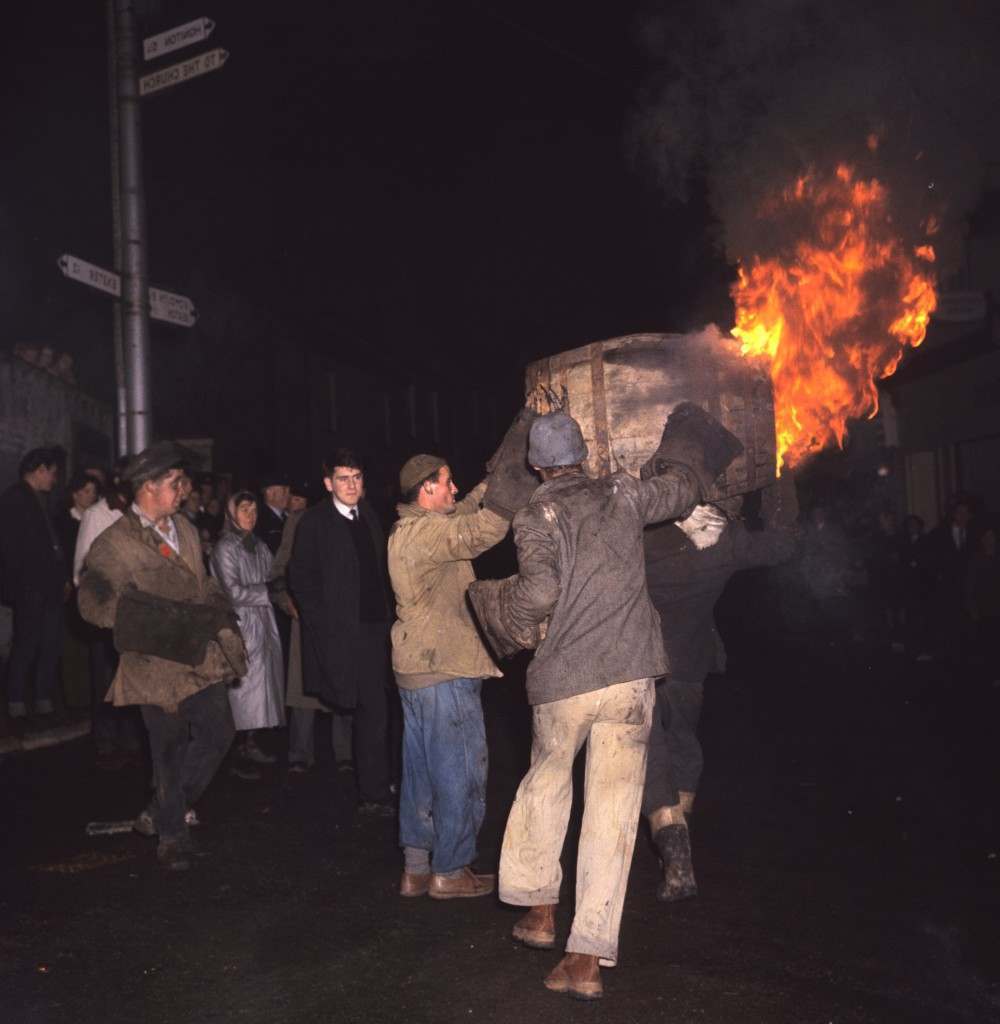 Men carry a burning barrel through the streets as people look on. PA-2288419 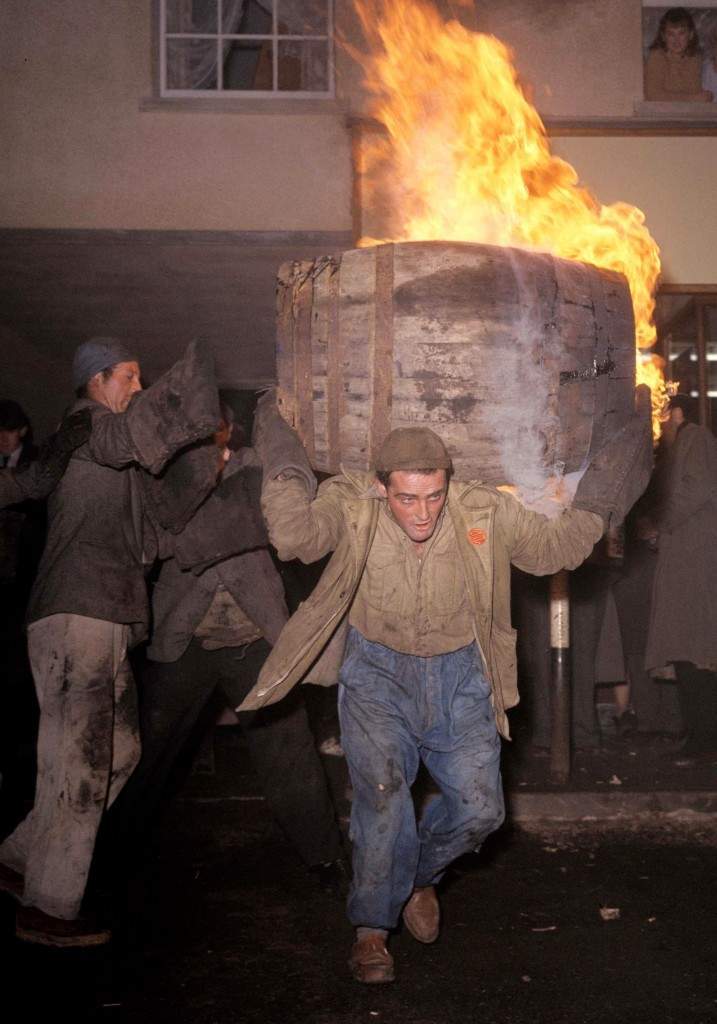 A file photo dated 05/11/1963 shows a man carrying a burning barrel on his shoulders as bystanders look on during a Tar Barrel Burning Ceremony in Ottery St Mary, Devon. PA-4013439 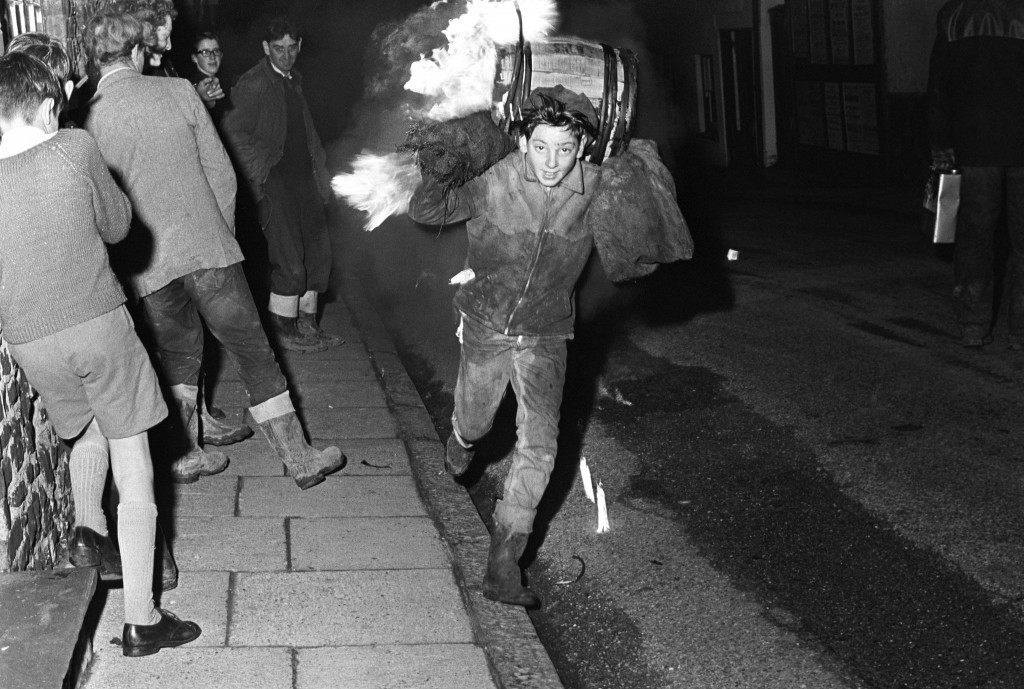 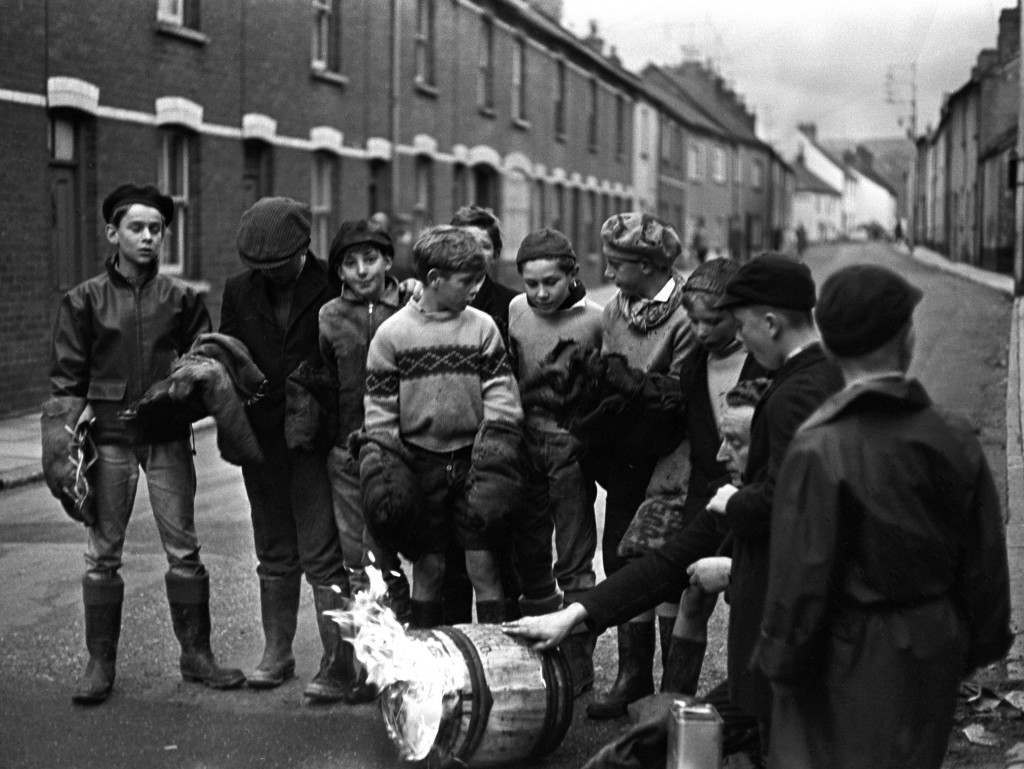 Boys in the street. 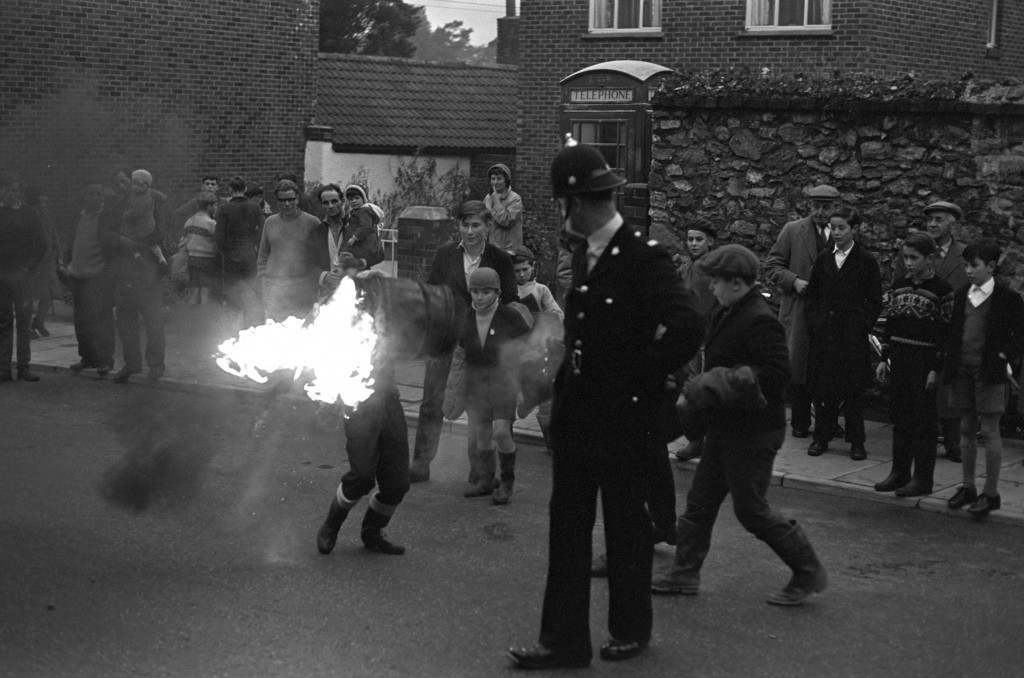 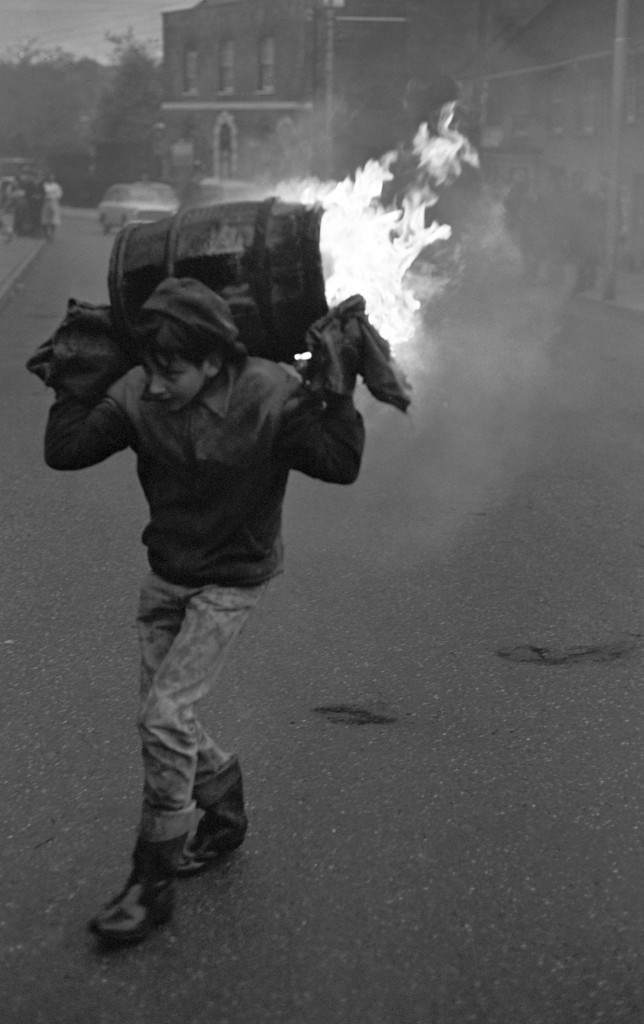 A young boy carries a burning barrel in the street. 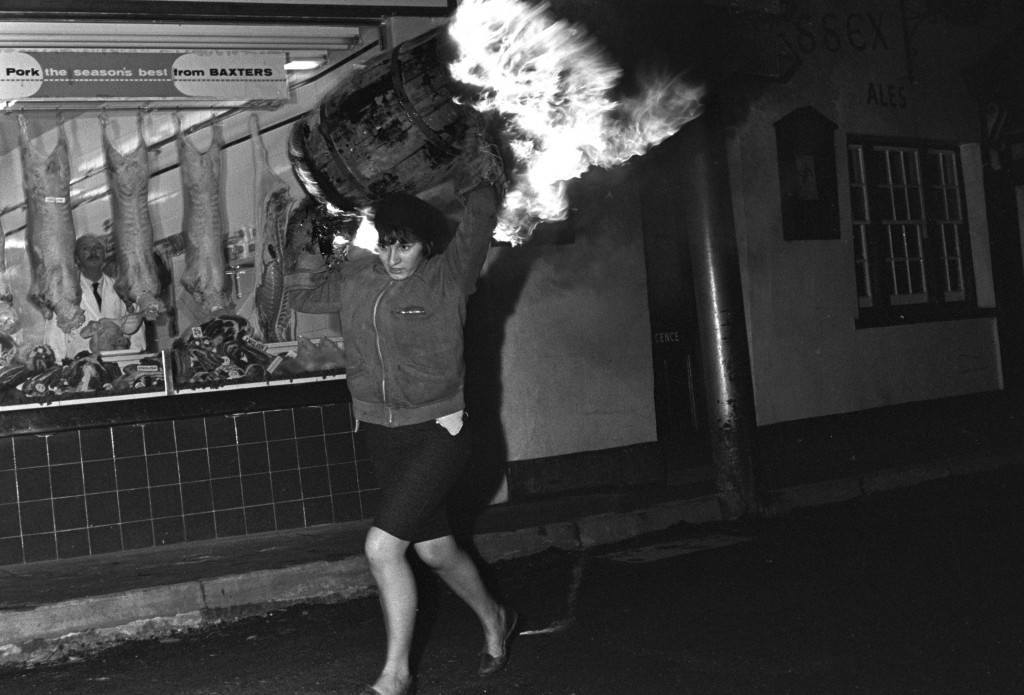 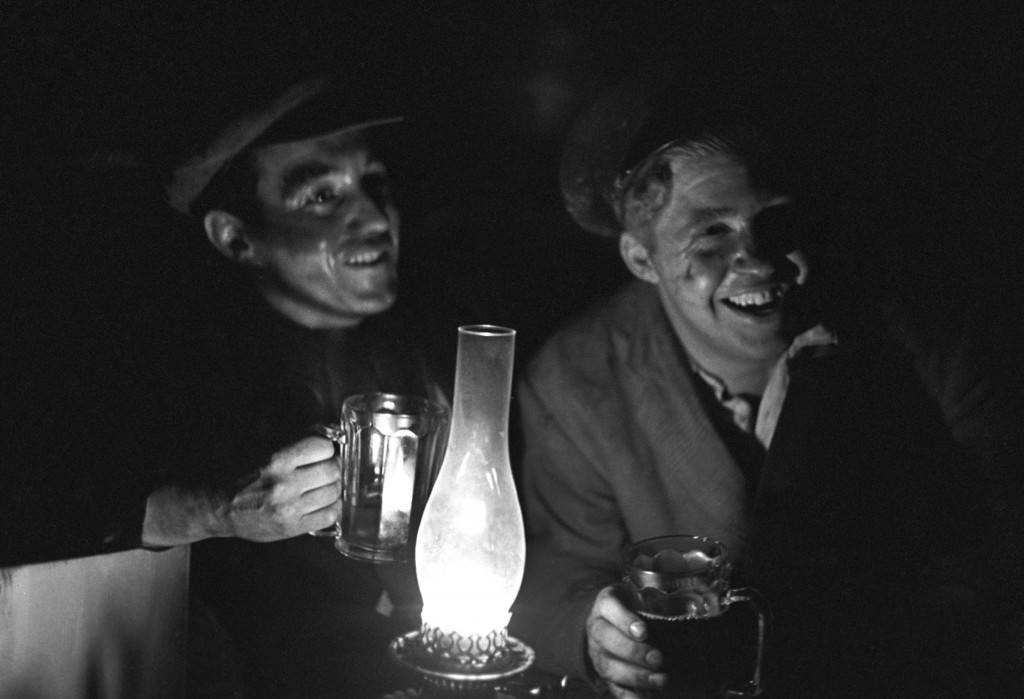 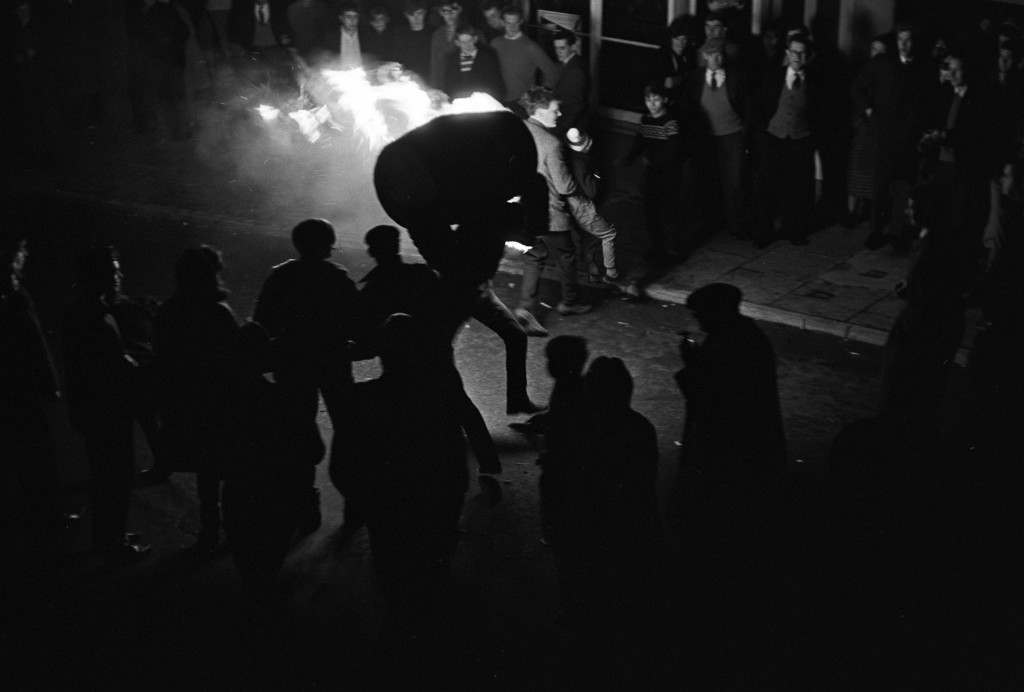 A man runs through the street with a burning barrel as the crowds look on. PA-2278910 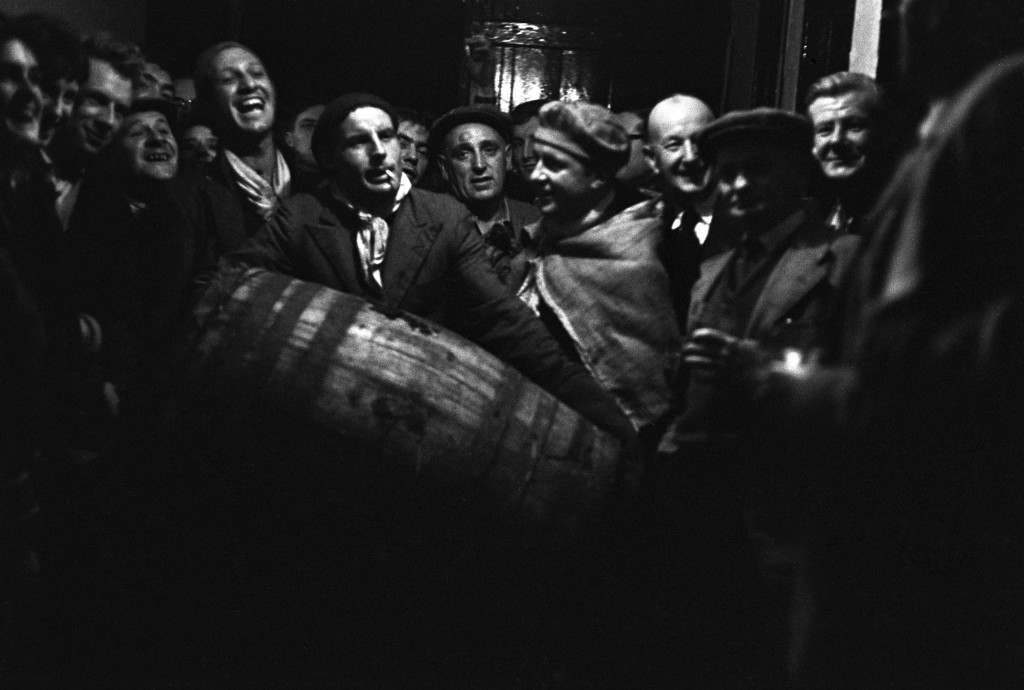 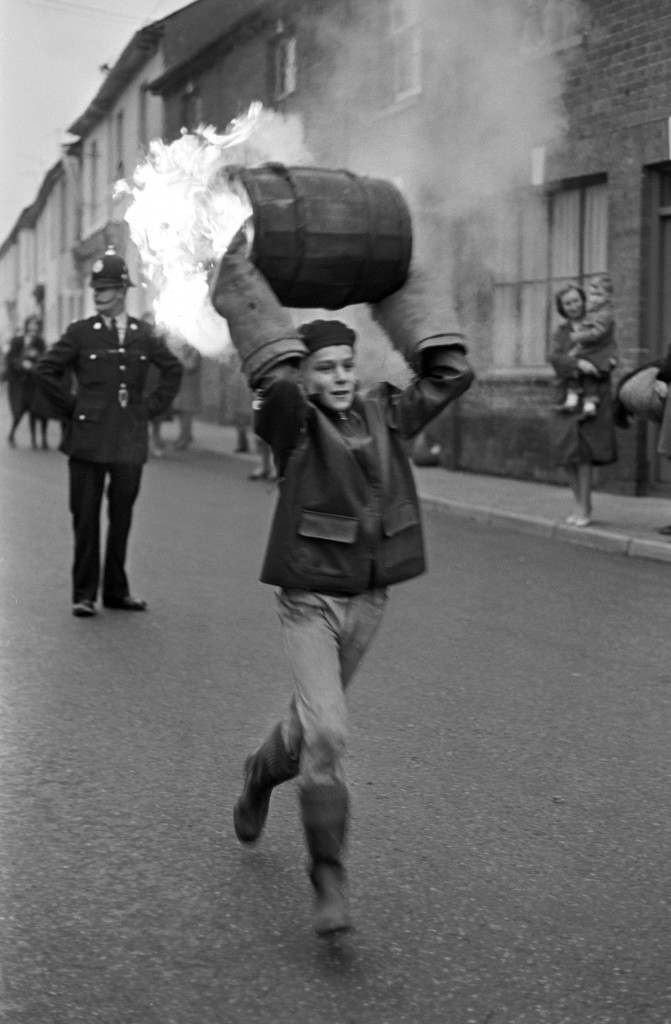 A boy runs through the street carrying a burning barrel during the schoolchildren’s event. PA-2278906 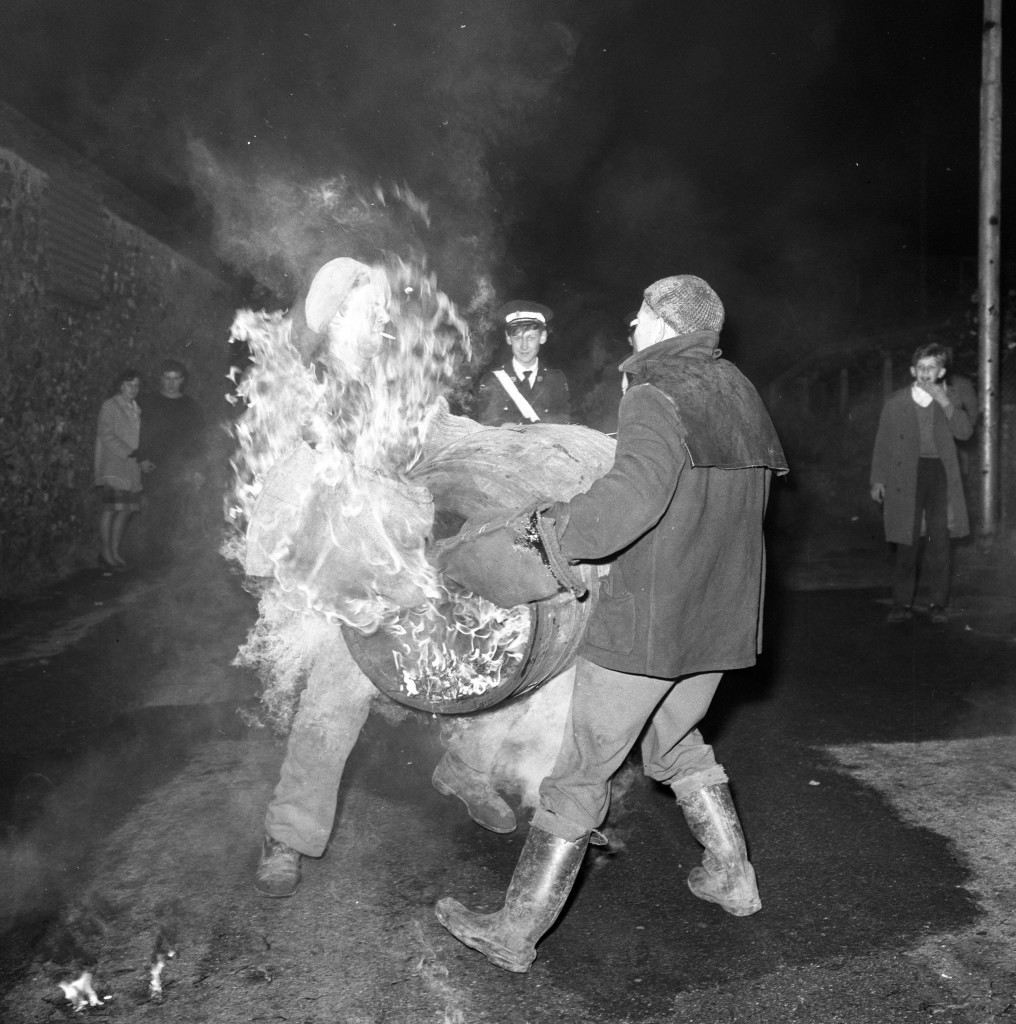 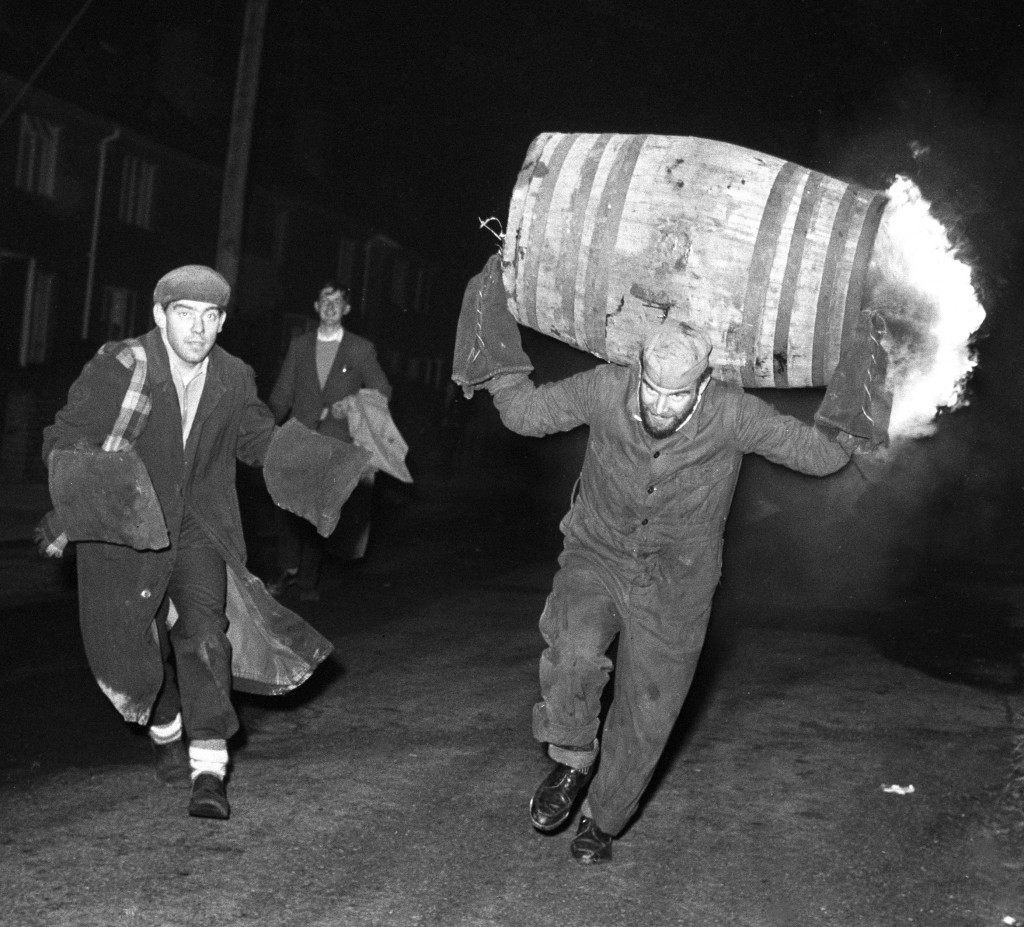 A man runs through the streets carrying a burning barrel on his back. 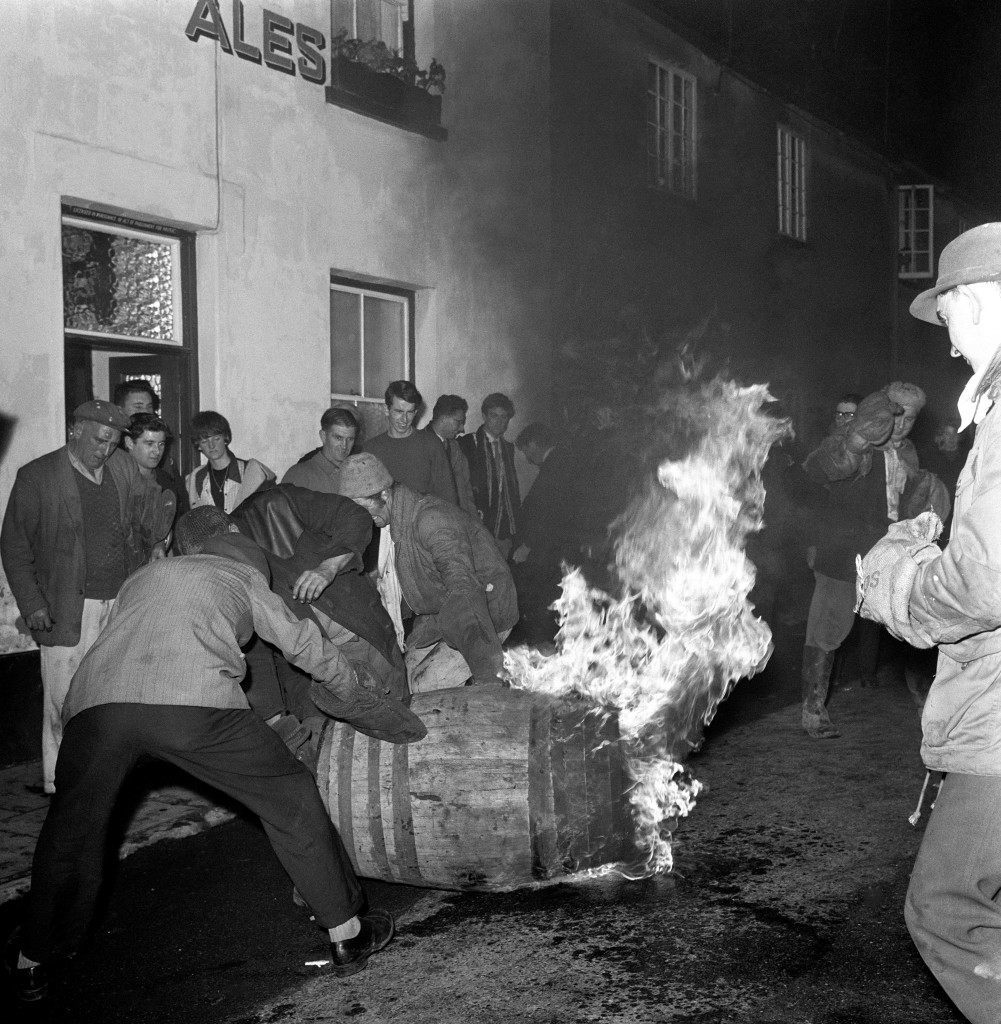 Men in the street outside a pub try to capture a burning barrel.PA-2280265 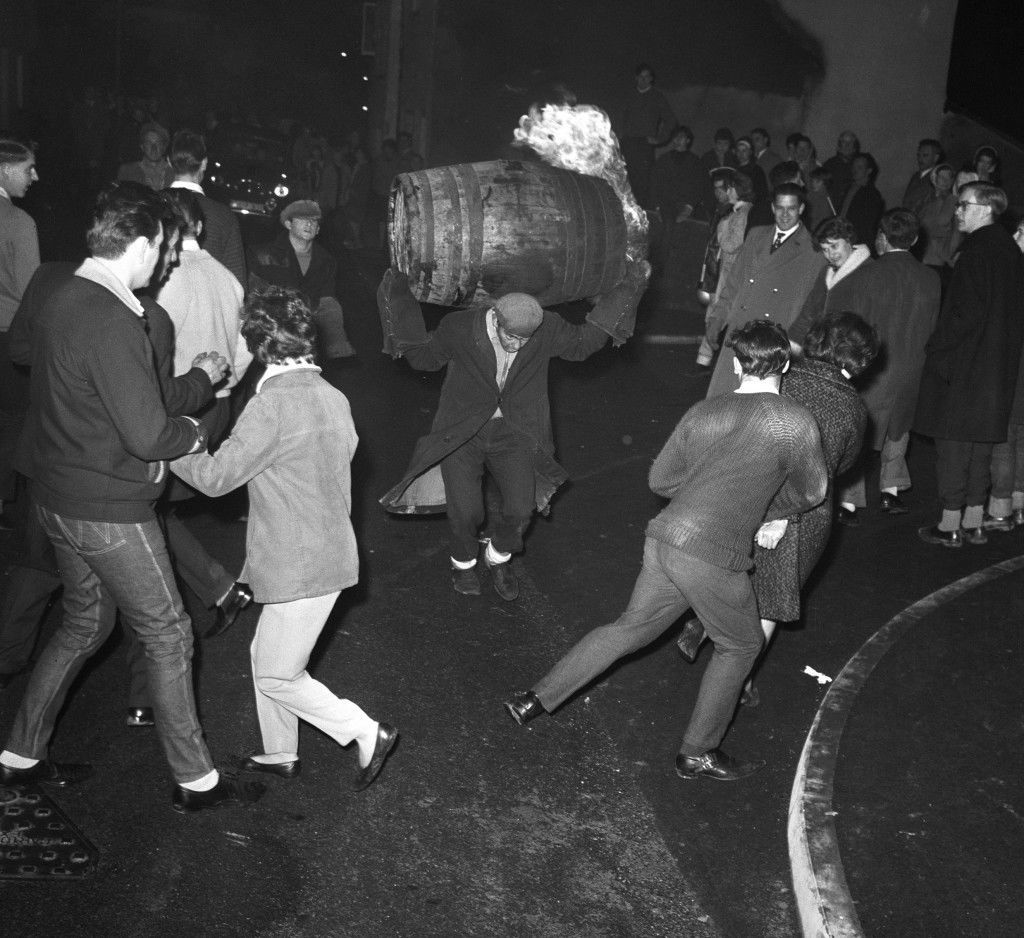 Crowds scatter as a participant dashes away with his burning barrel. 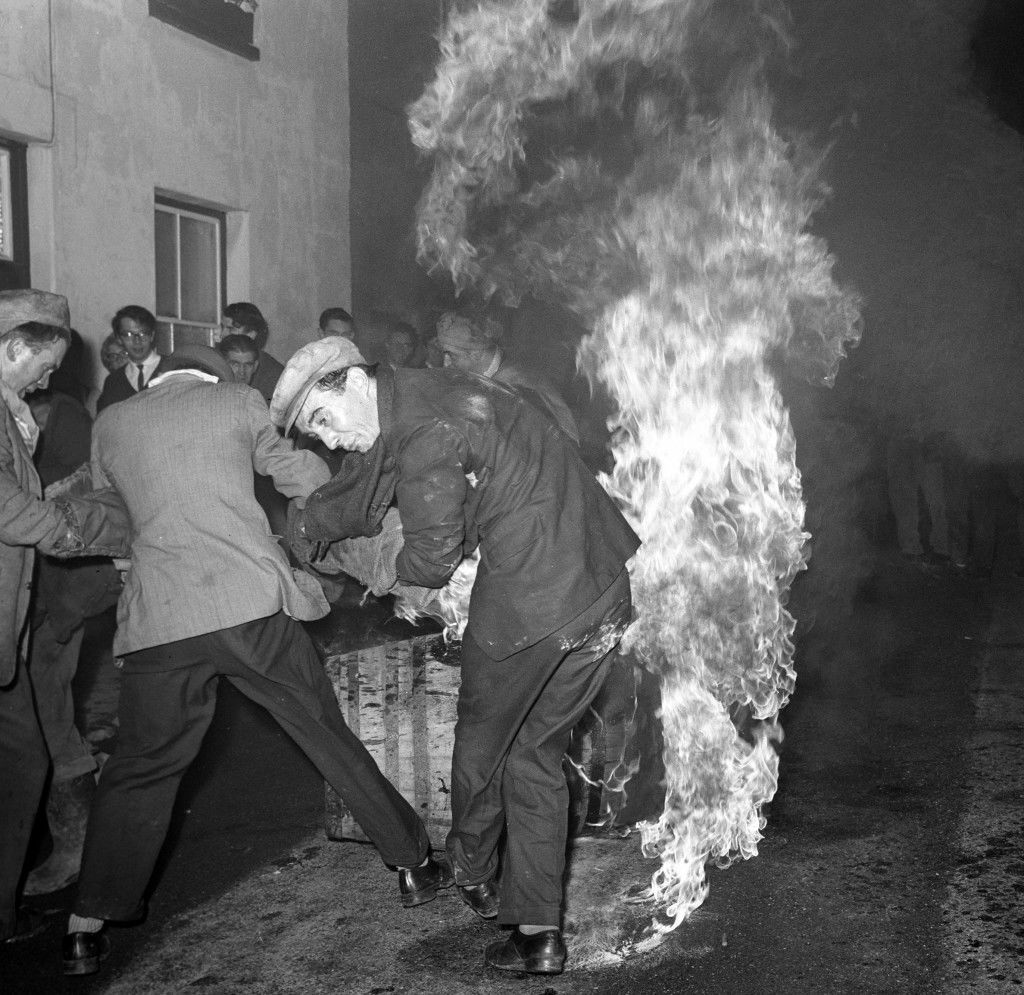 A man tried to capture a burning barrel but shouldn’t have turned his back on the flames.
PA-2280266 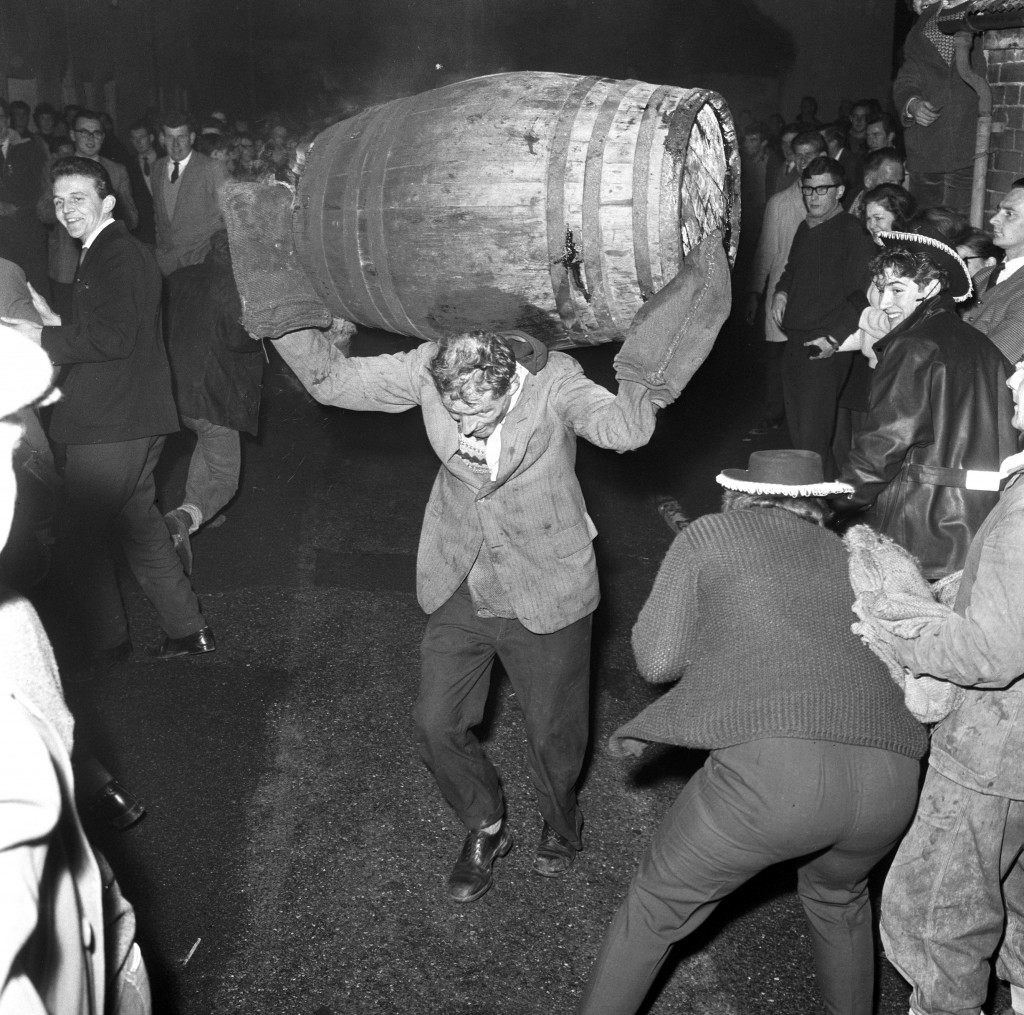 Crowds scatter as a participant dashes away with his burning barrel.
PA-2280268 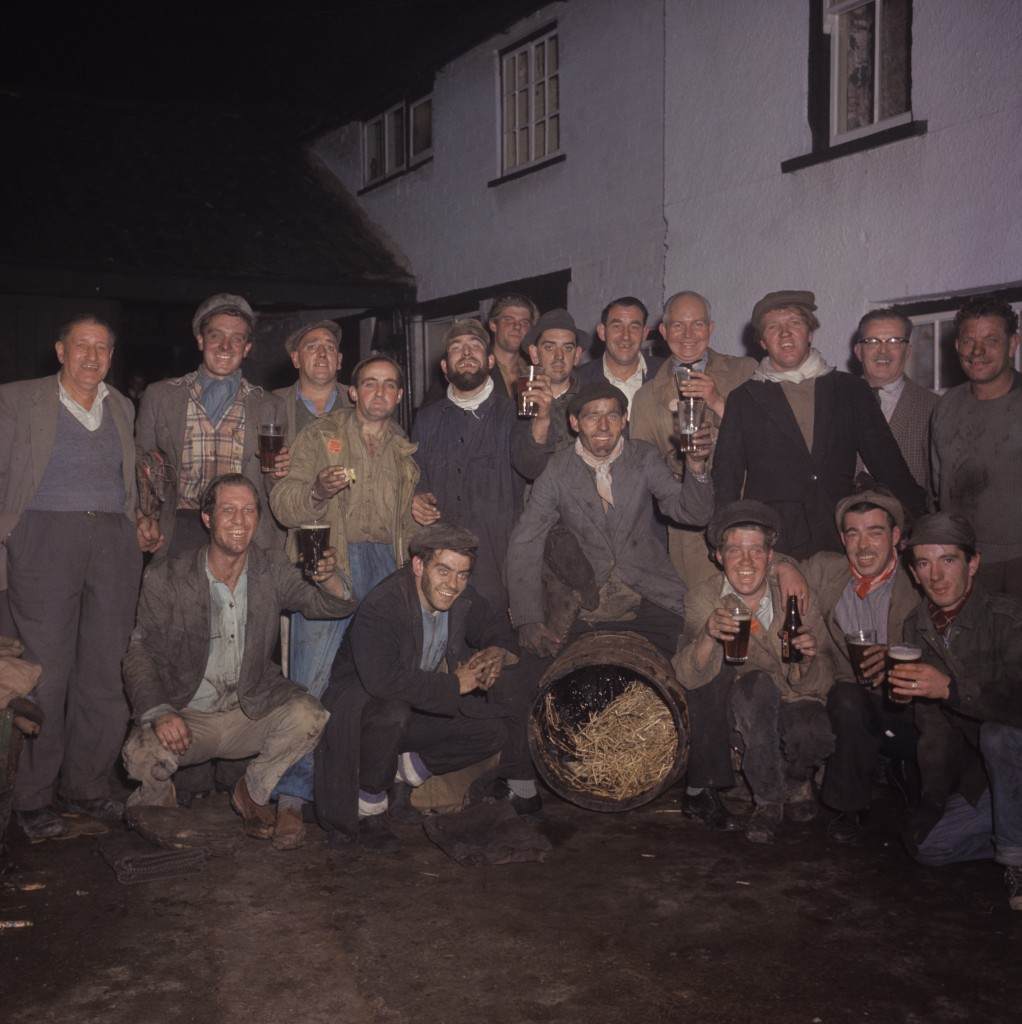 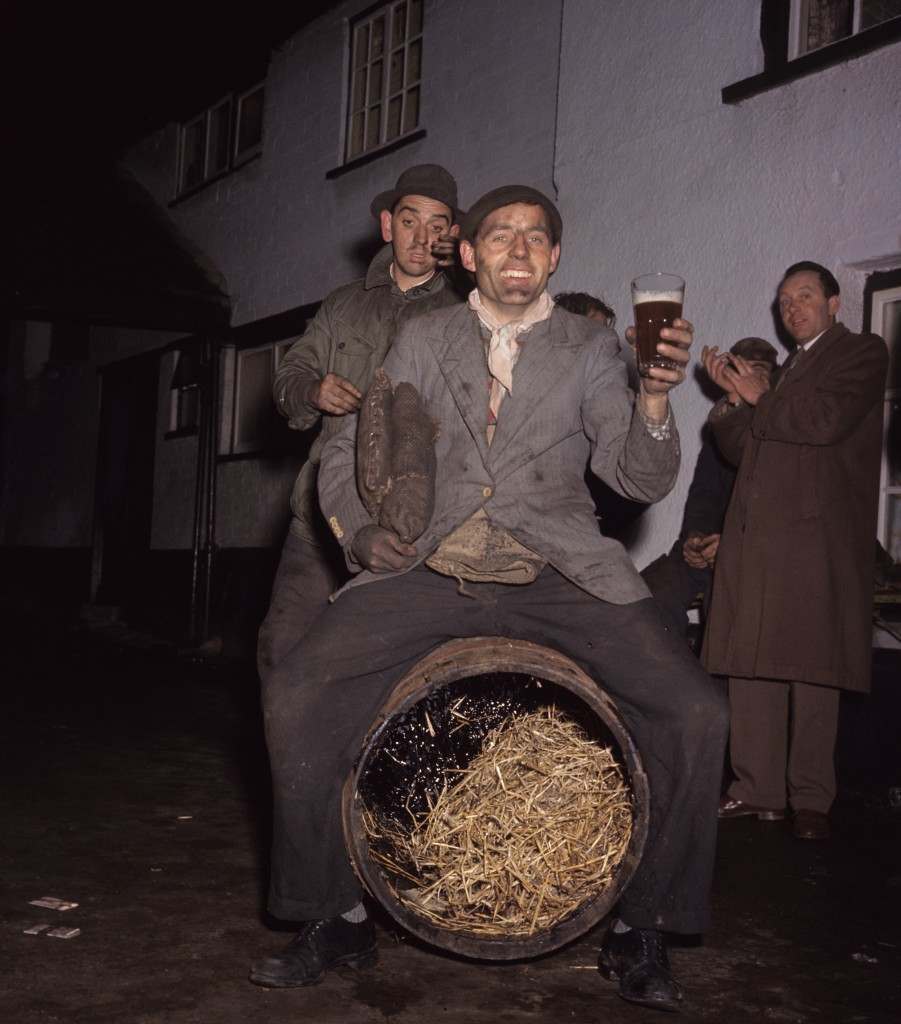 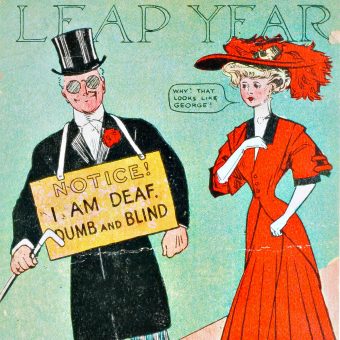 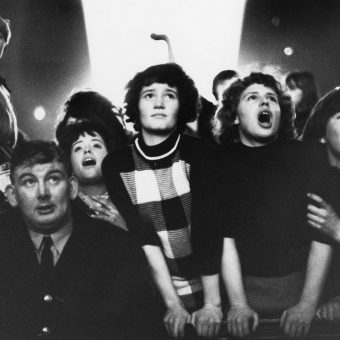