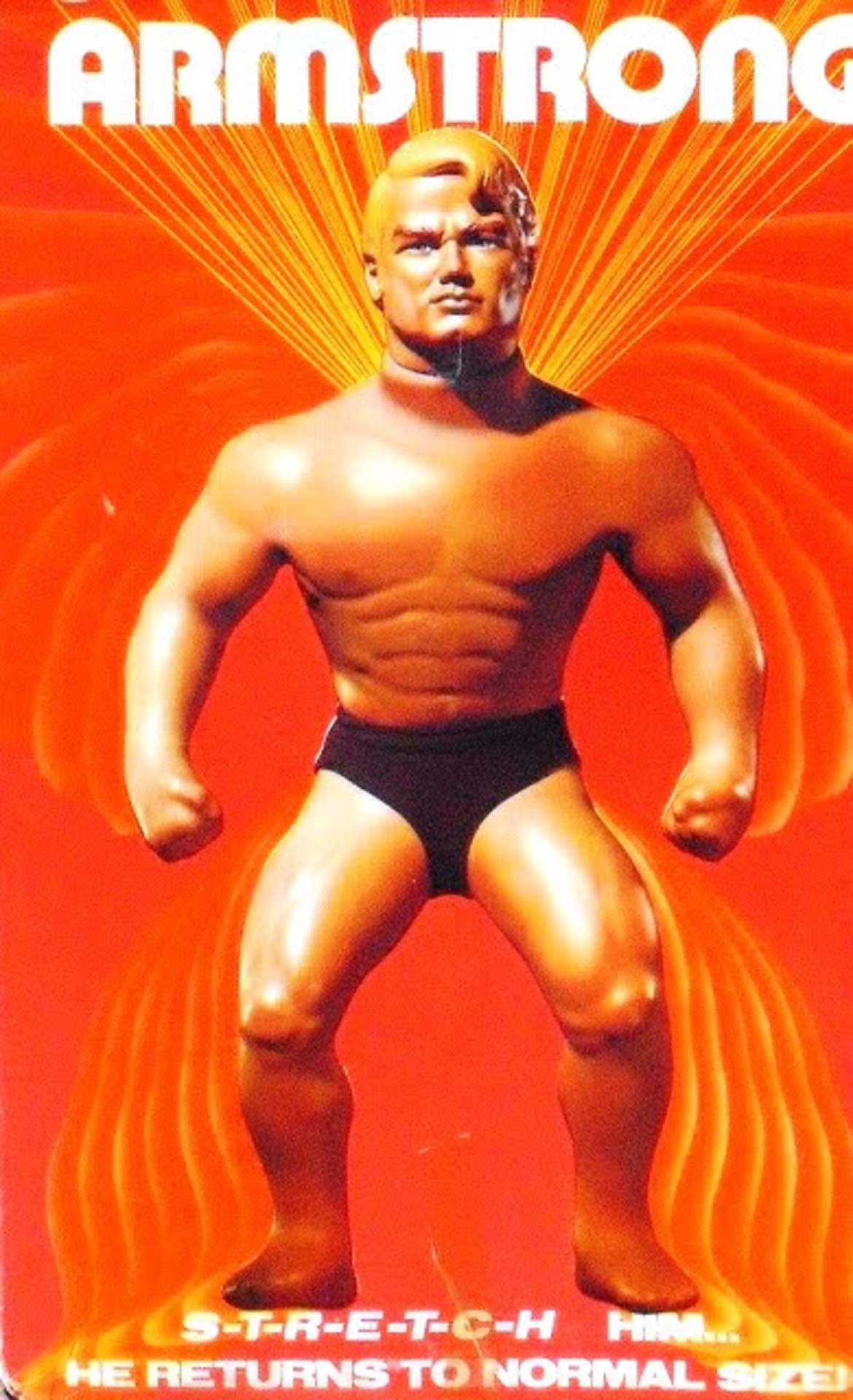 Stretch Armstrong is a strange but beloved toy from the mid-1970s. The character of Stretch is a blond-haired hero who looks like a wrestler, and who wears only a black speedo.

Designed by Bill Armasmith, this Kenner action figure had a special and unique power, however. The toy was made with latex rubber and filled inside with corn syrup so he could be pulled – or stretched – to inhuman proportions.

“Stretch him long…stretch him thin.  Watch him return to shape again,” the toy box promised.

Designed for ages 5 and up, Stretch Armstrong quickly proved an incredibly popular toy across the globe.  Coloring books were produced.  And the character spawned knock-offs in other countries including Italy’s Mister Muscolo, Japan’s Mr. X, and El Hombre Elastico in Mexico. 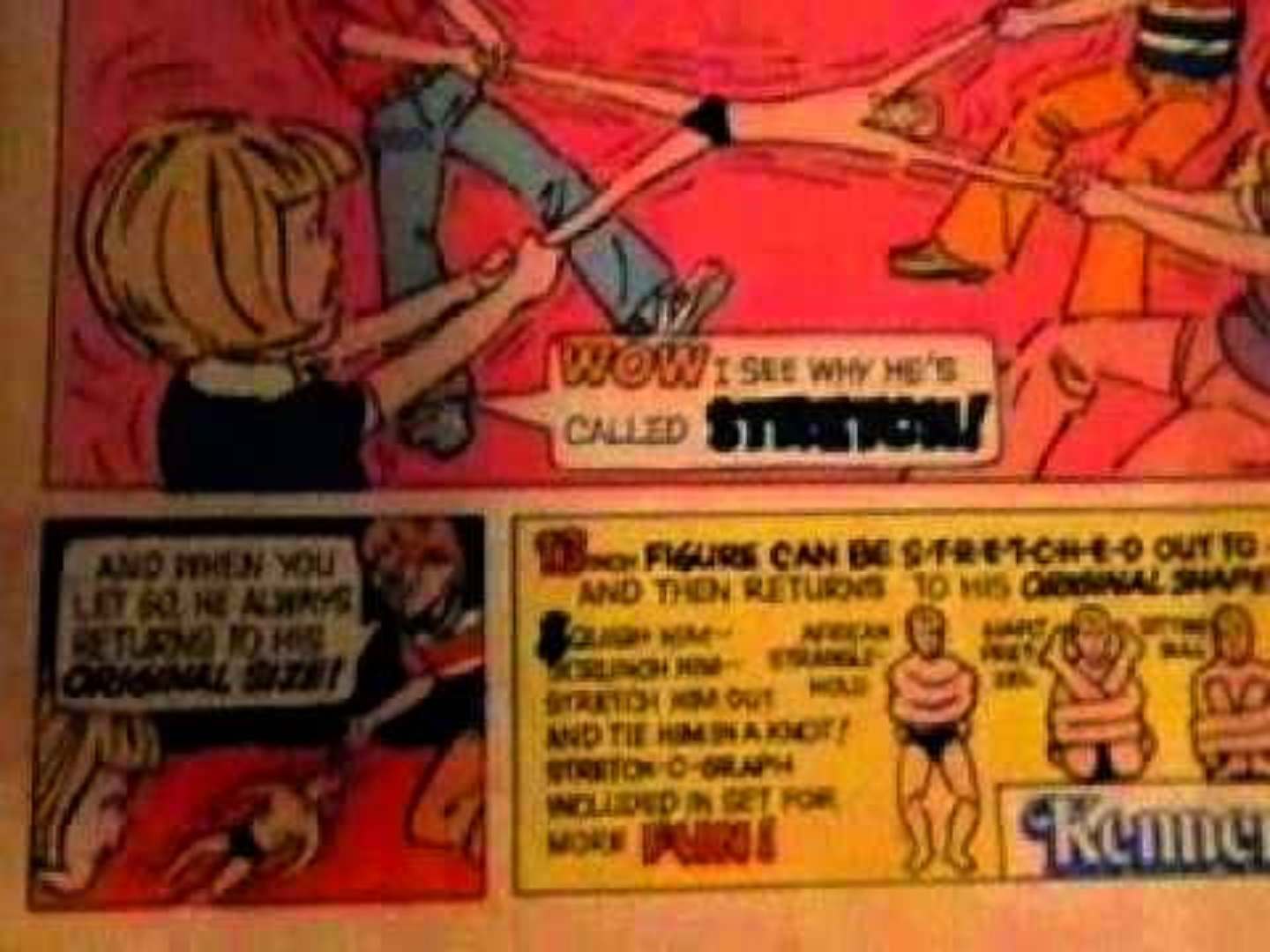 Soon, Kenner expanded Stretch’s universe with a supporting cast.  These characters included a lizard-man villain, the Stretch Monster, a Stretch Serpent, and a weird X-Ray Stretch Armstrong (with transparent brain!)

Although Stretch Armstrong went out of production in 1980, he was resurrected in the 1990s with a new, more exaggerated and comedic look.  He also had a new friend; a stretch dog companion.

For the last several years, production companies have sought to make a Stretch Armstrong movie, but without success.  The latest news is that Netflix is planning to unleash Stretch on audiences in cartoon form in 2017.

That doesn’t sound like…a stretch, does it?

Below, you can see TV commercials from Stretch Armstrong’s heyday in the 1970s.