On June 18, 1963, Henry Cooper and Cassius Clay (not yet known as Muhammad Ali, just the Louisville Lip) for a non-title heaveyweight fight.

Clay was the Olympic gold medalist and would-be champion of the world. Cooper was the British and Commonwealth heavyweight champion.

Fast-talking, fast moving Clay, the heavier man by nearly two stone, would surely beat big punching Cooper. He did, of course. But towards the end of the fourth round, Cooper, bleeding heavily, hit him. Hard. 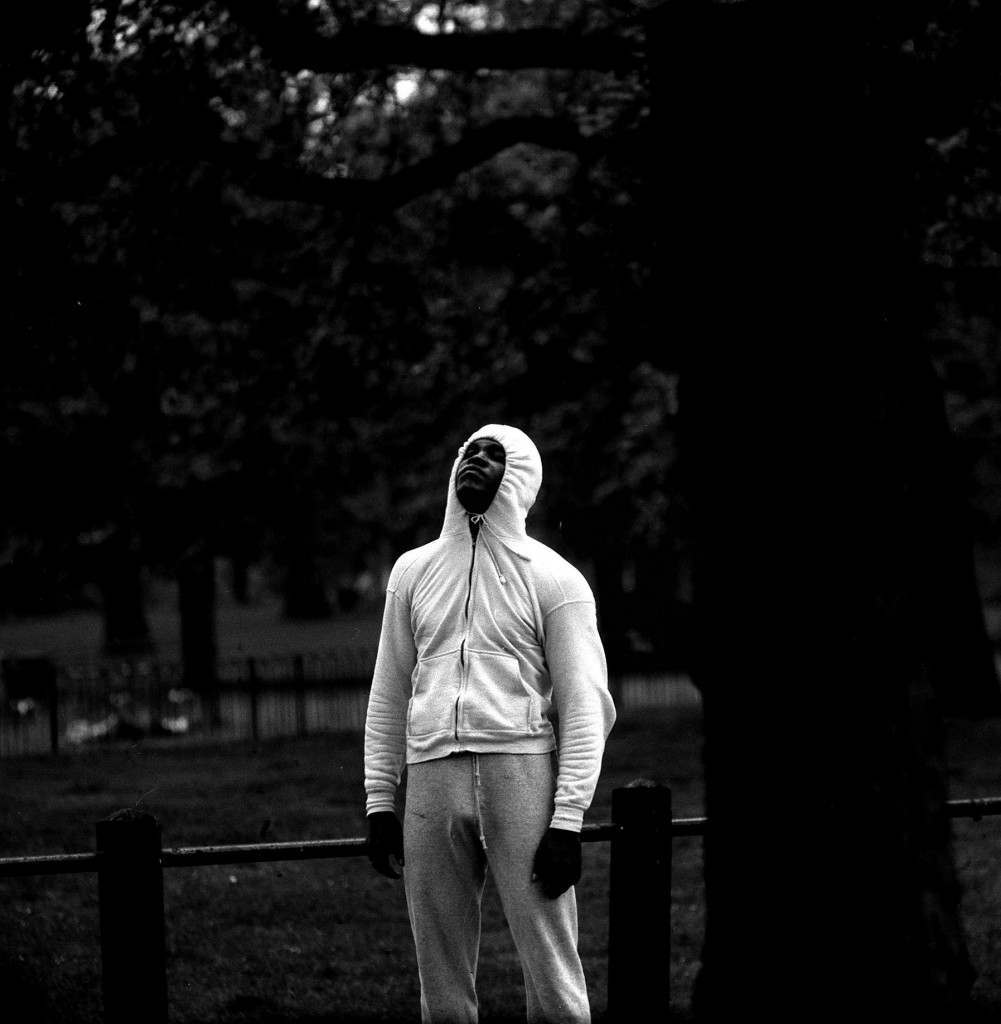 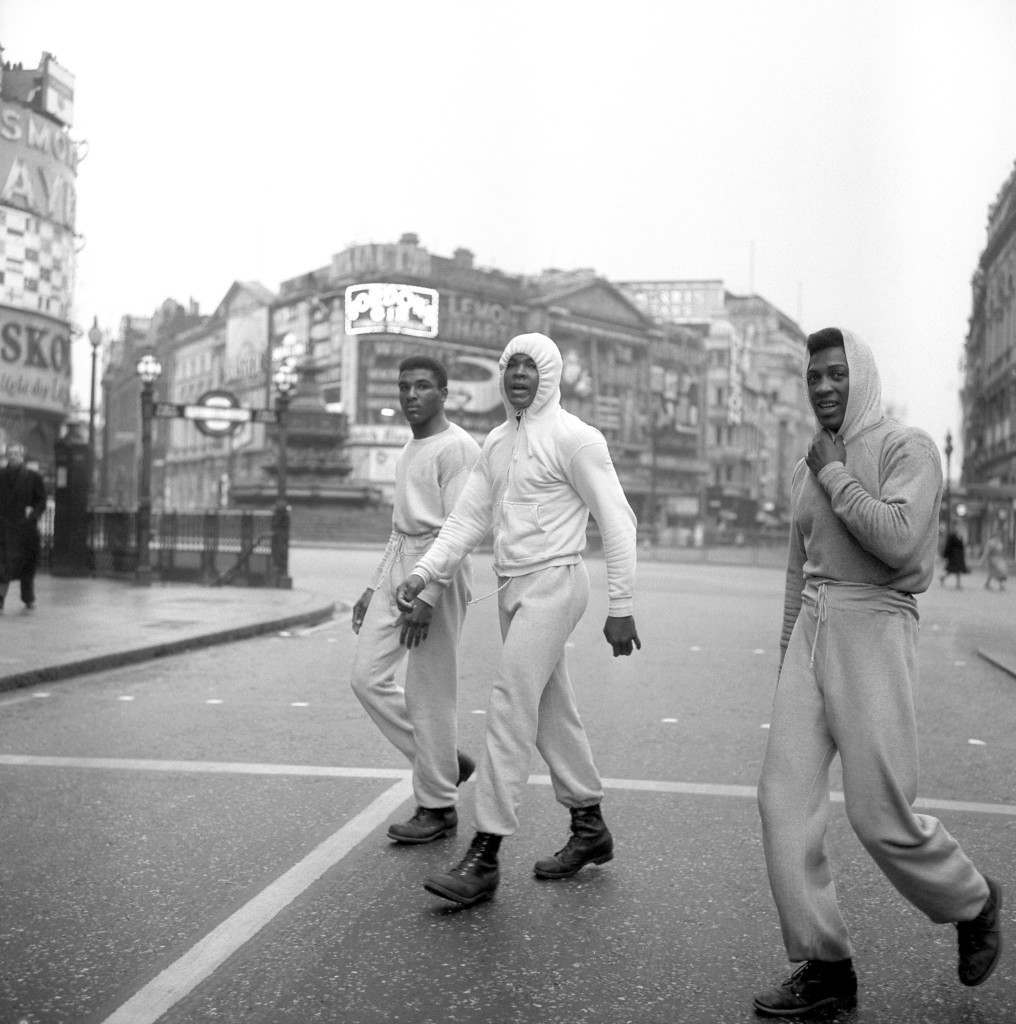 “That punch was felt by my ancestors in Africa.”

But Clay’s Clock beat The Hammer. Four second after he hit the deck, the bell sounded. A groggy Clay made it back to his corner.

Clay was shaken. But then something happened. Harry Carpenter, commentating for the BBC, saw the referee walking over to the American’s corner. He said: “I think Clay has got a torn glove.”

Clay’s traner Angelo Dundee called for a new glove. The delay gave the American how long to recover? Minutes, they said. An age, they said.

“At no time was I instructed to stop my watch to allow for the refitting of the gloves. Therefore, I waited until I got the signal from referee Little to ring the bell. When I did so, my watch showed that the interval between rounds had in fact been 1:40.”

The BBC says it was six seconds over the routine 60.

“They did the business on the glove. I’ve had dinner with him [Dundee] a couple of times since then and he’s openly admitted it.”

“Sir Henry Cooper insisted it was minutes, most people say it was. But the gloves, they were never taken off. Dundee worked the tear, but by modern standards it was not a delay.” 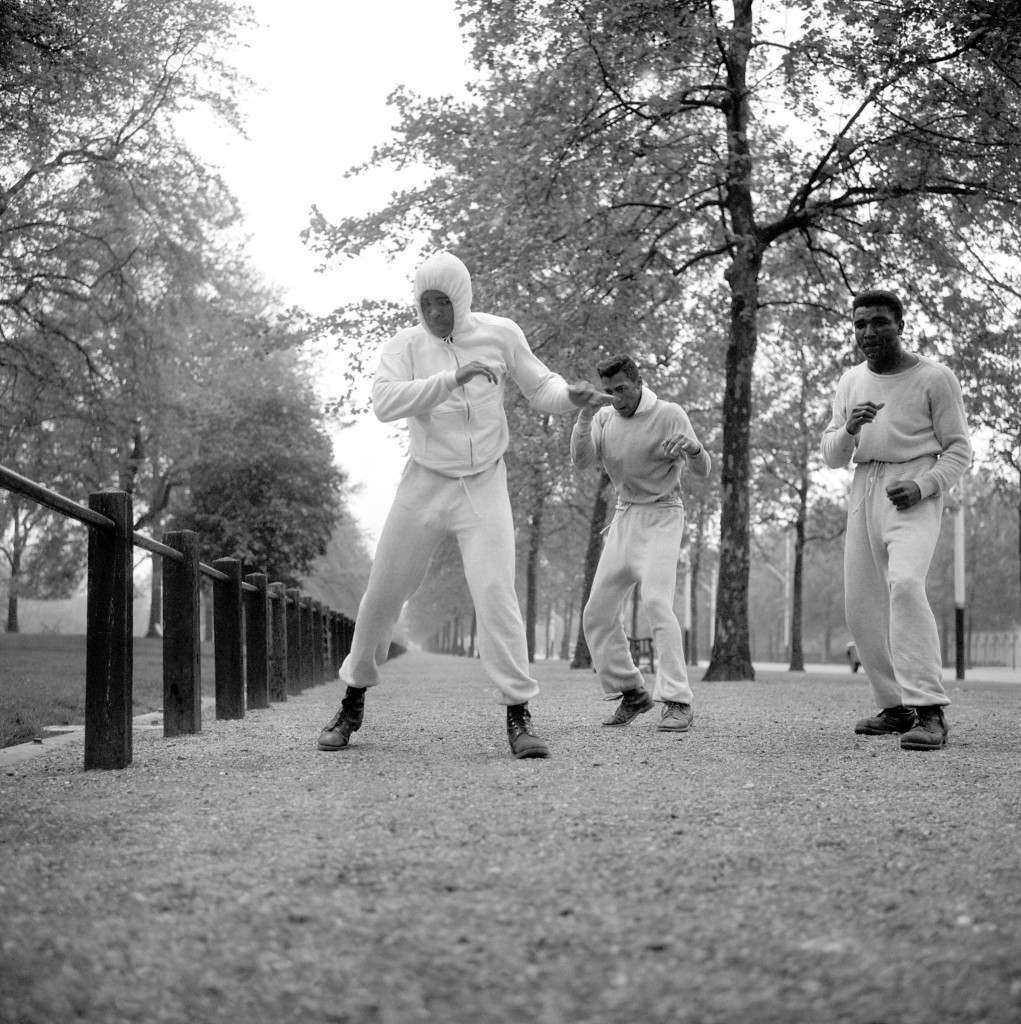 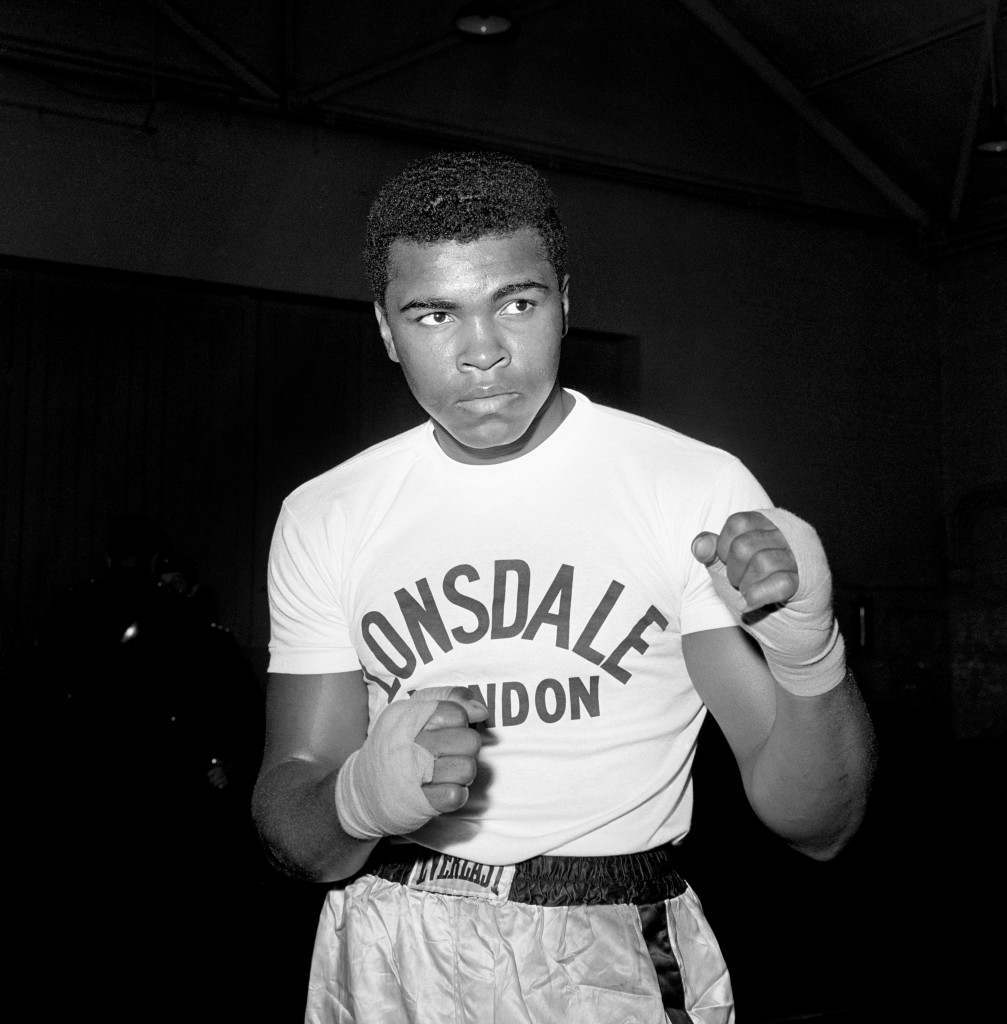 Boxer Muhammad Ali during a training session at the Territorial Army Centre in White City, London, before his fight with British Heavyweight Champion Henry Cooper. 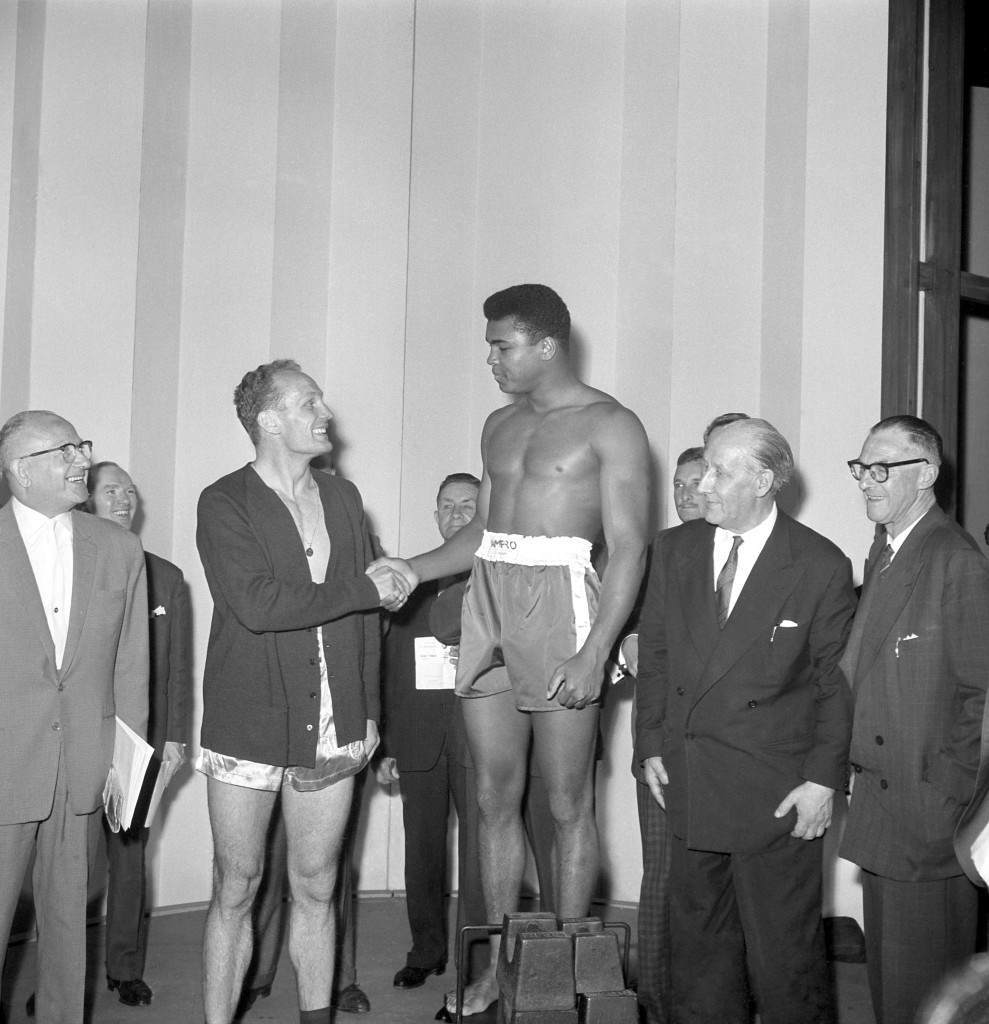 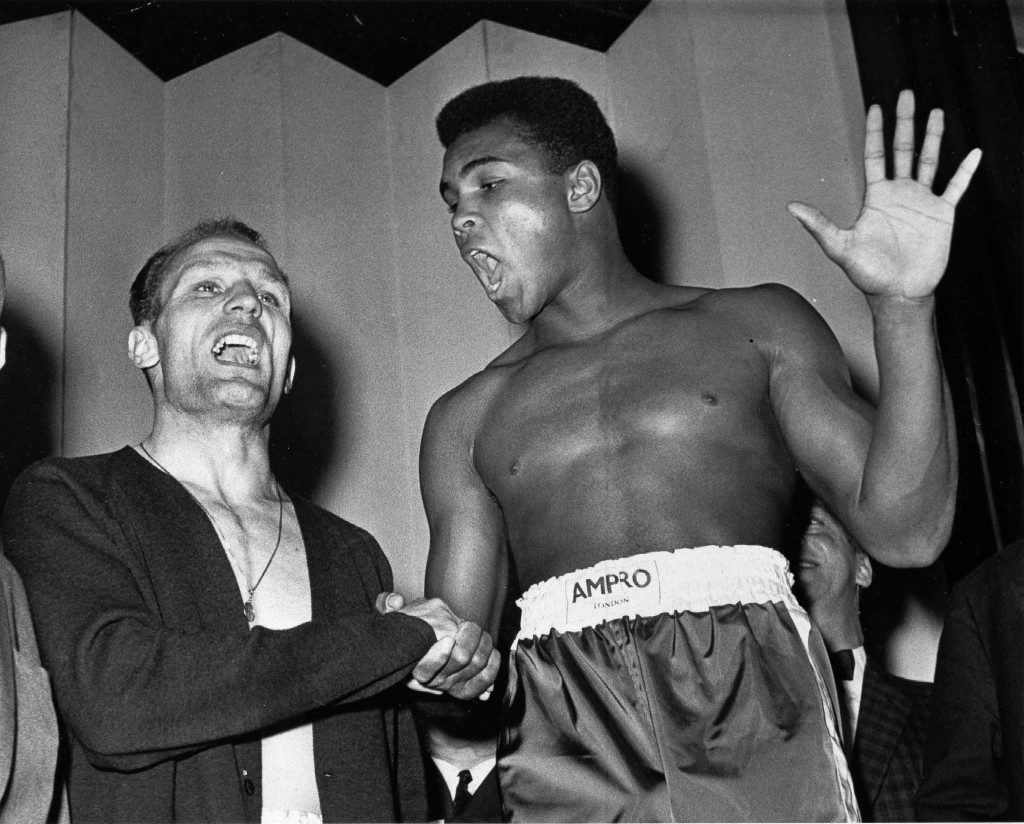 A June 18, 1963 photo from files showing world famous boxer Muhammad Ali (or Cassius Clay as he was then known), right, and British heavyweight champion Henry Cooper as they seem to be trying to out shout each other at weigh-in in London for their heavyweight fight the same evening. Ali holds up five fingers, the number of rounds he modestly predicts he’ll knockout Cooper 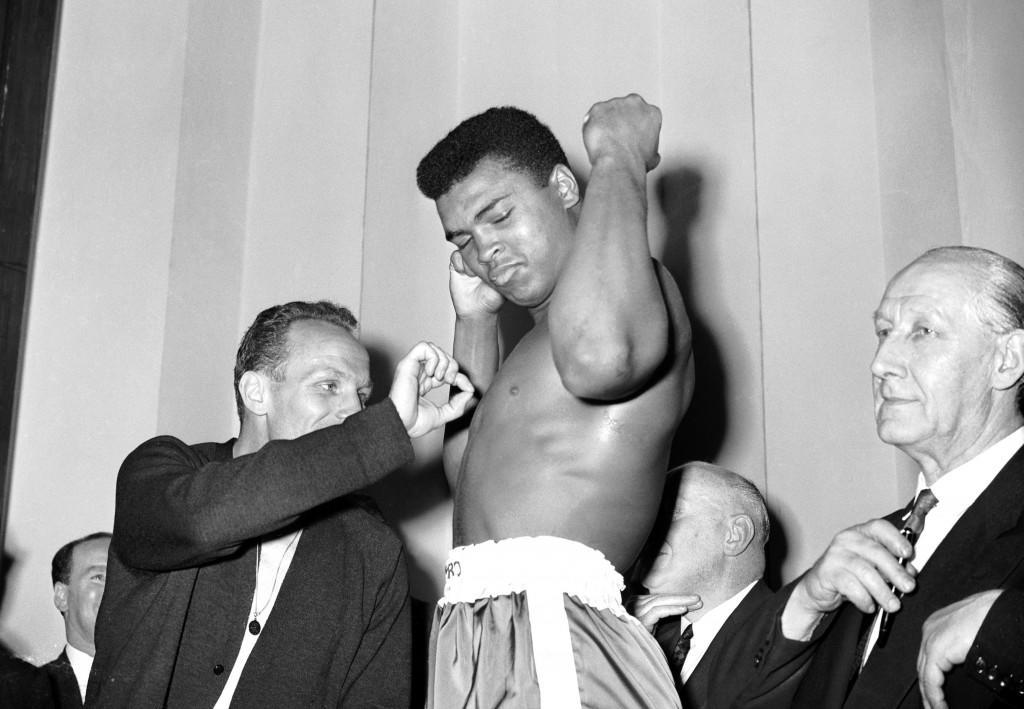 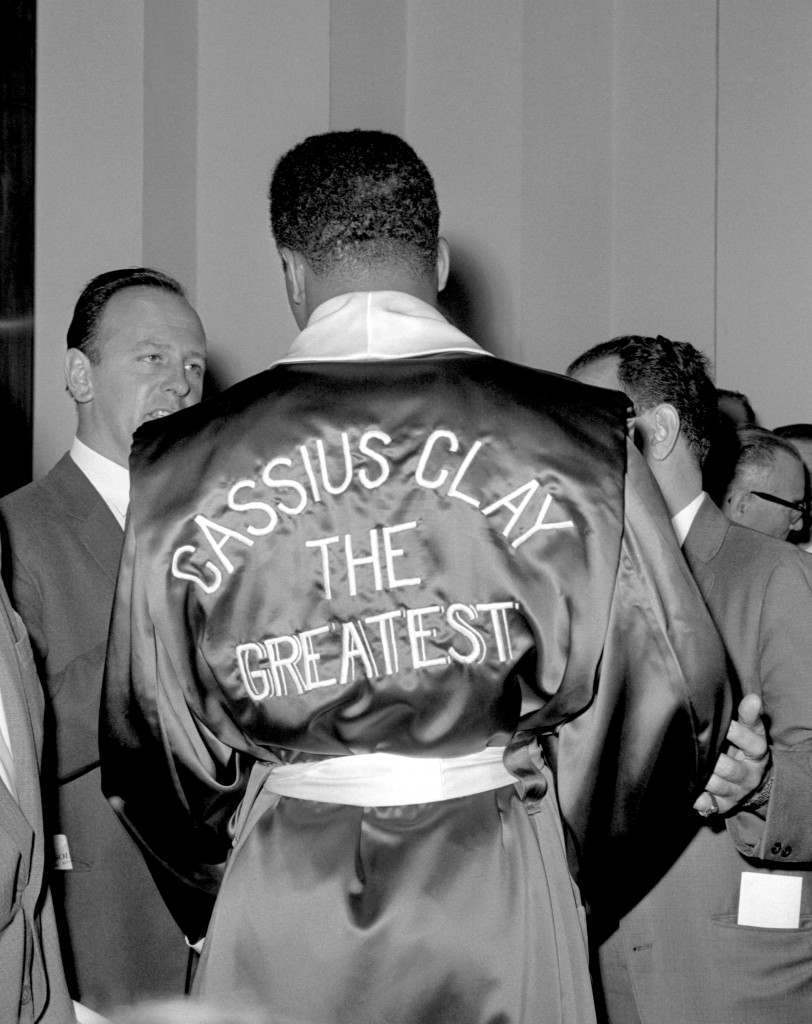 Cassius Clay at the weigh-in for his fight with British heavyweight Henry Cooper at the London Palladium. 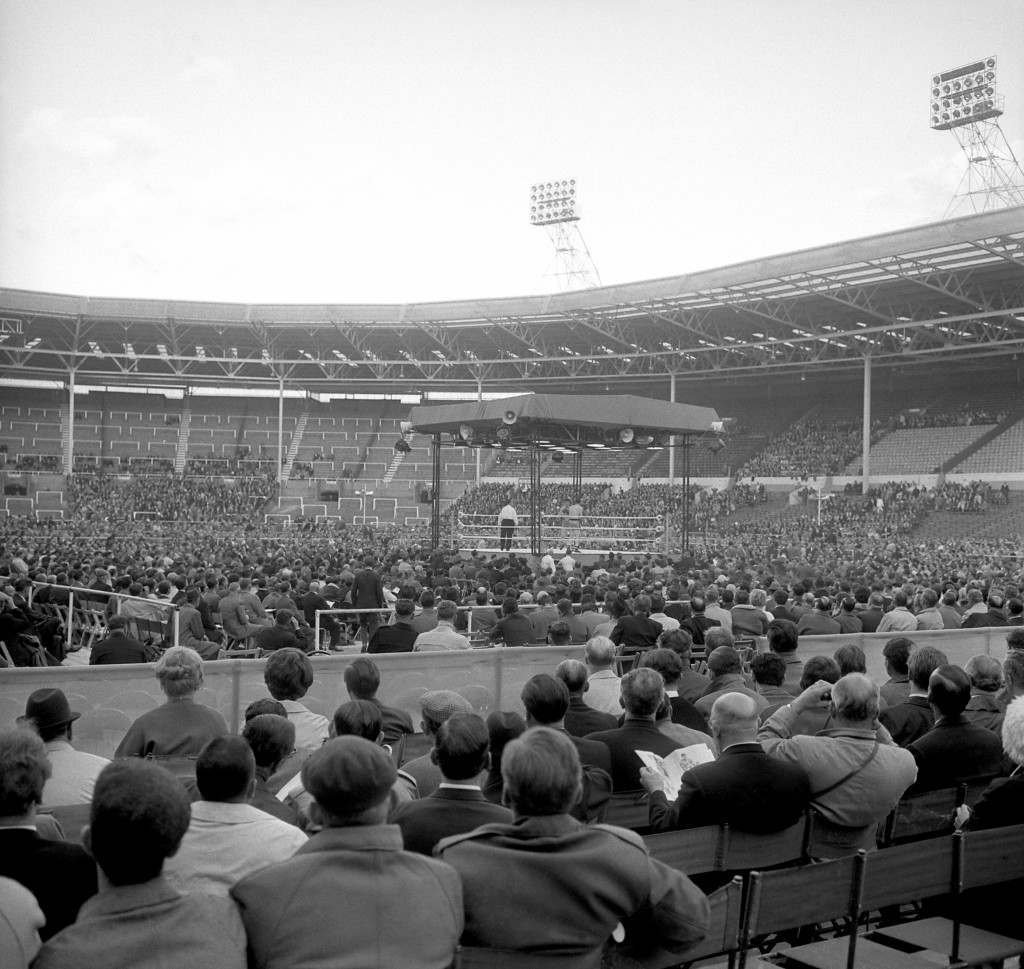 The crowd enjoy London’s first open-air boxing match for many years during one of the preliminary matches held at Wembley Stadium before the heavyweight fight between American heavyweight Cassius Clay and British Champion Henry Cooper.
Date: 18/06/1963 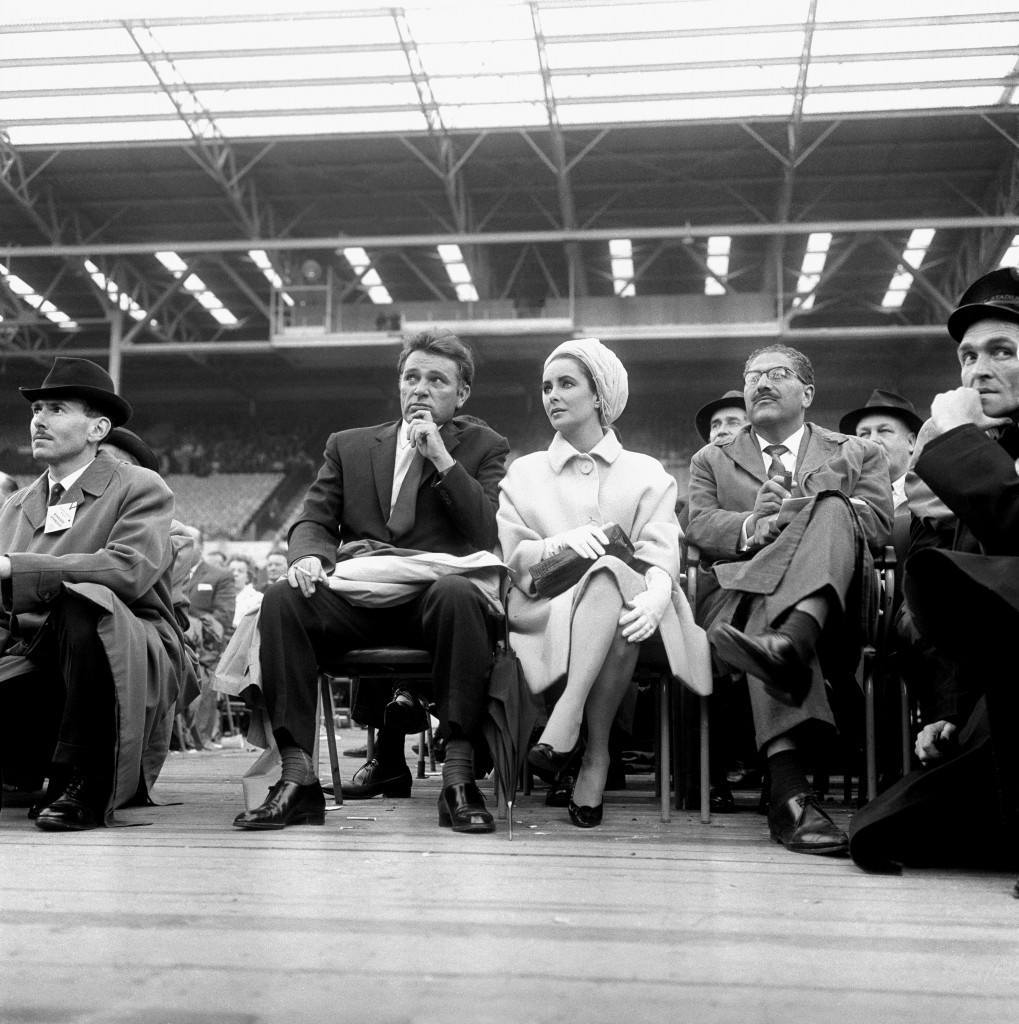 Elizabeth Taylor and Richard Burton stars of the film ‘Cleopatra’, at the ring side at Wembley, London for the heavy weight match between Henry Cooper and Cassius Clay.
Ref #: PA.5450254 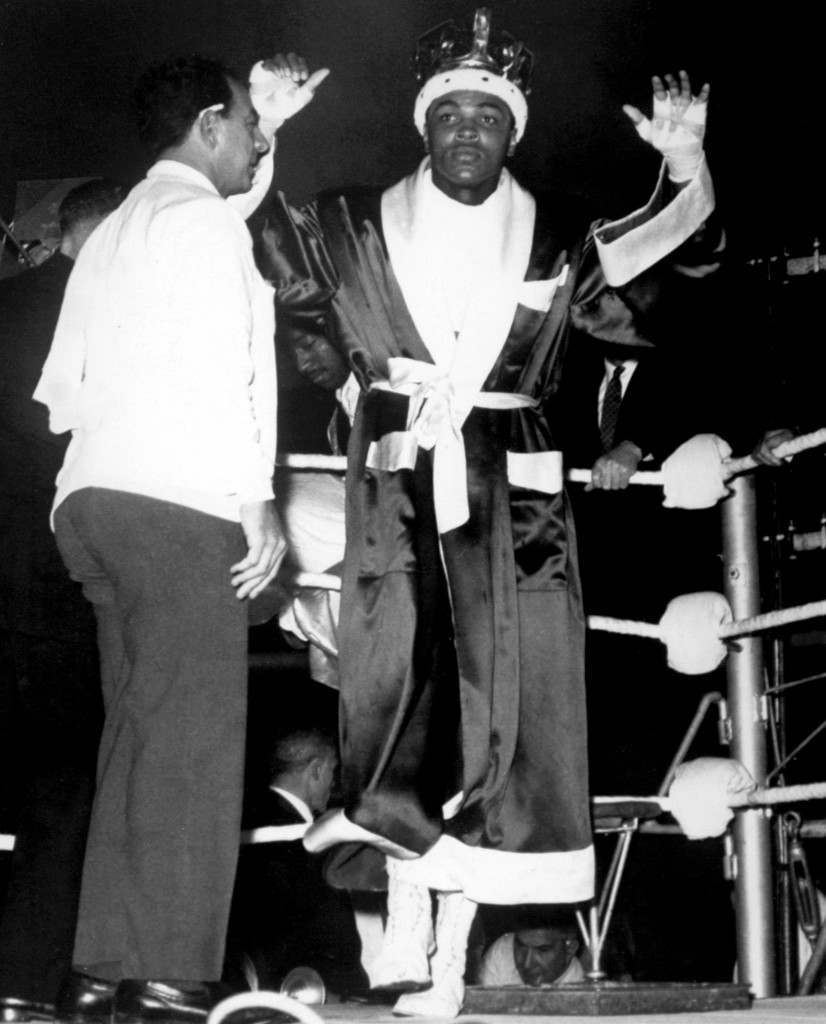 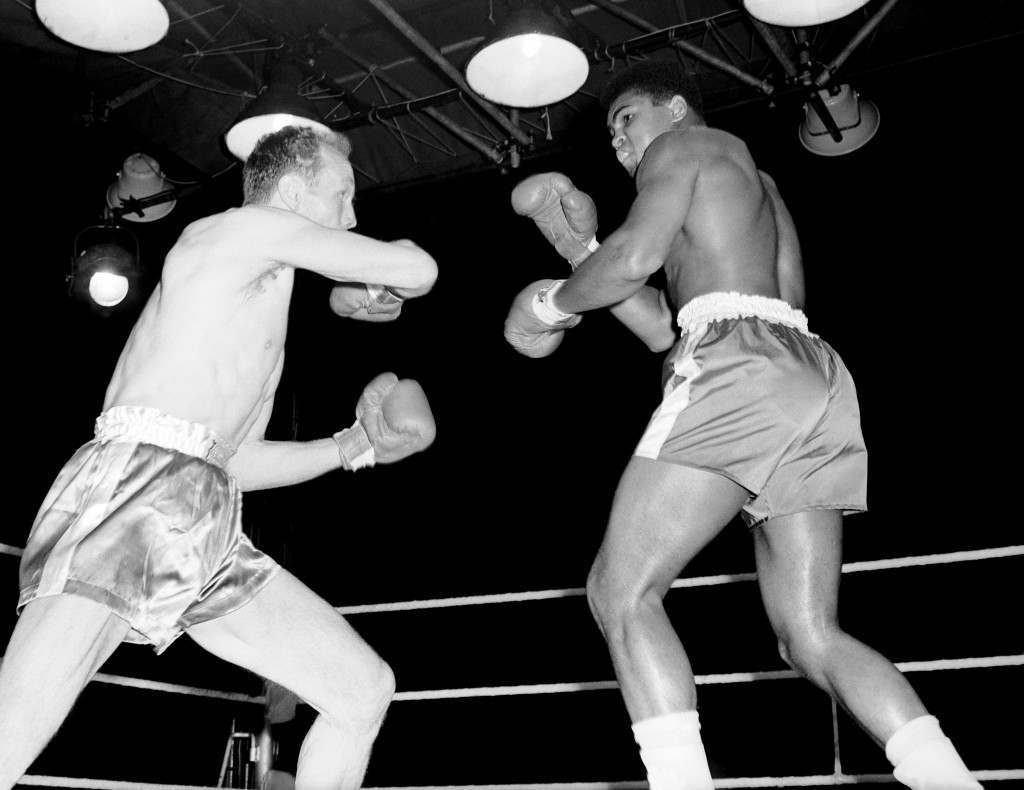 Both boxers raise their guards as they parry blows, during the heavyweight clash between American boxer Cassius Clay and the British and Commonwealth Heavyweight Champion, Henry Cooper, at Wembley Arena. 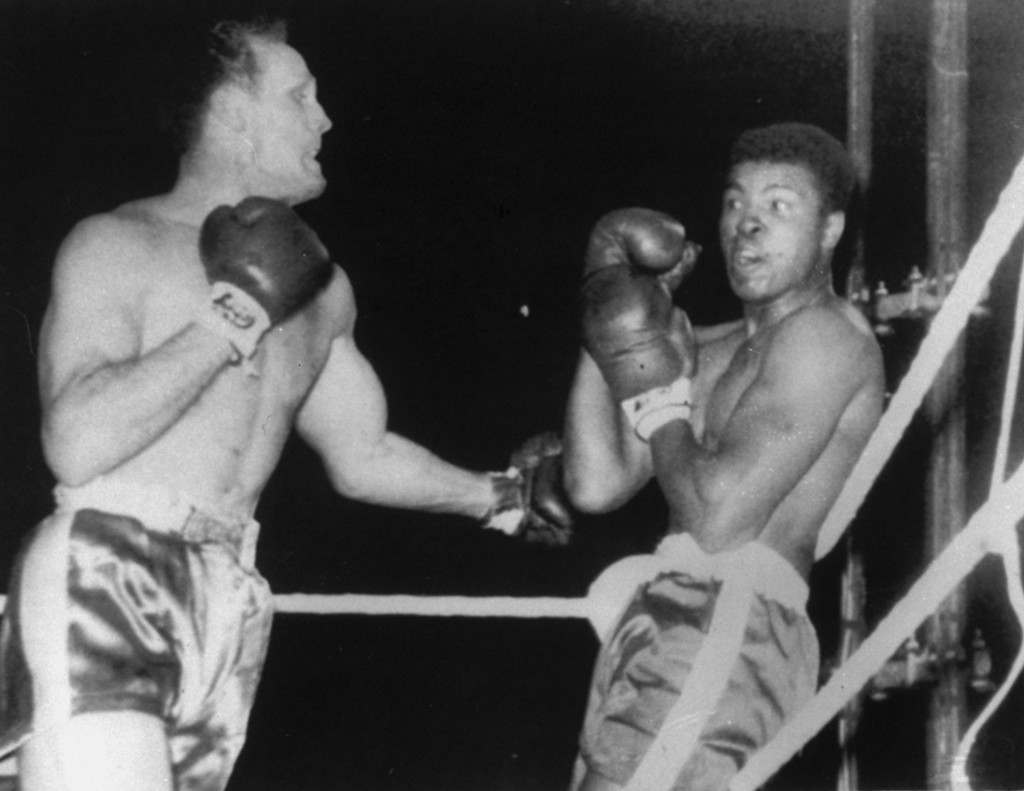 Cassius Clay, bewildered by Henry Cooper’s unexpected and ferocious opening attack, is shown pinned on the ropes in the first round of their heavyweight match at Wembley Stadium, London, June 18, 1963. (AP Photo) 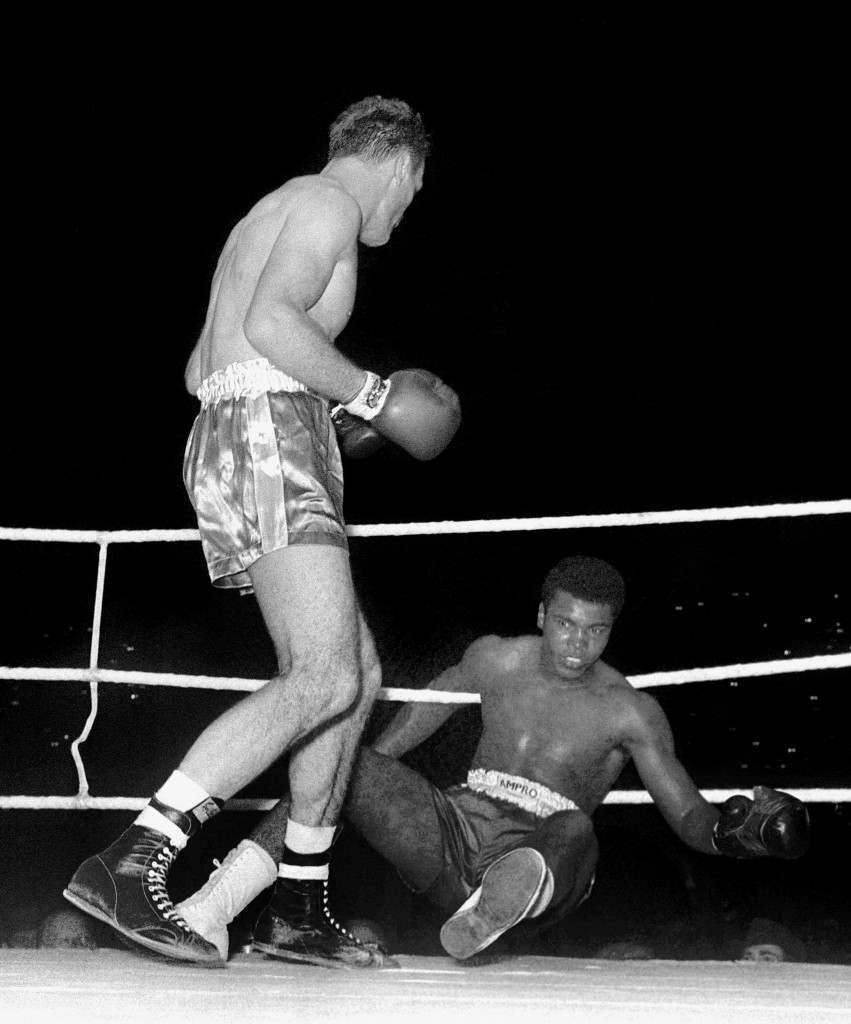 Cassius Clay, now Muhammad Ali, being knocked down by Henry Cooper during their fight at Wembley London. 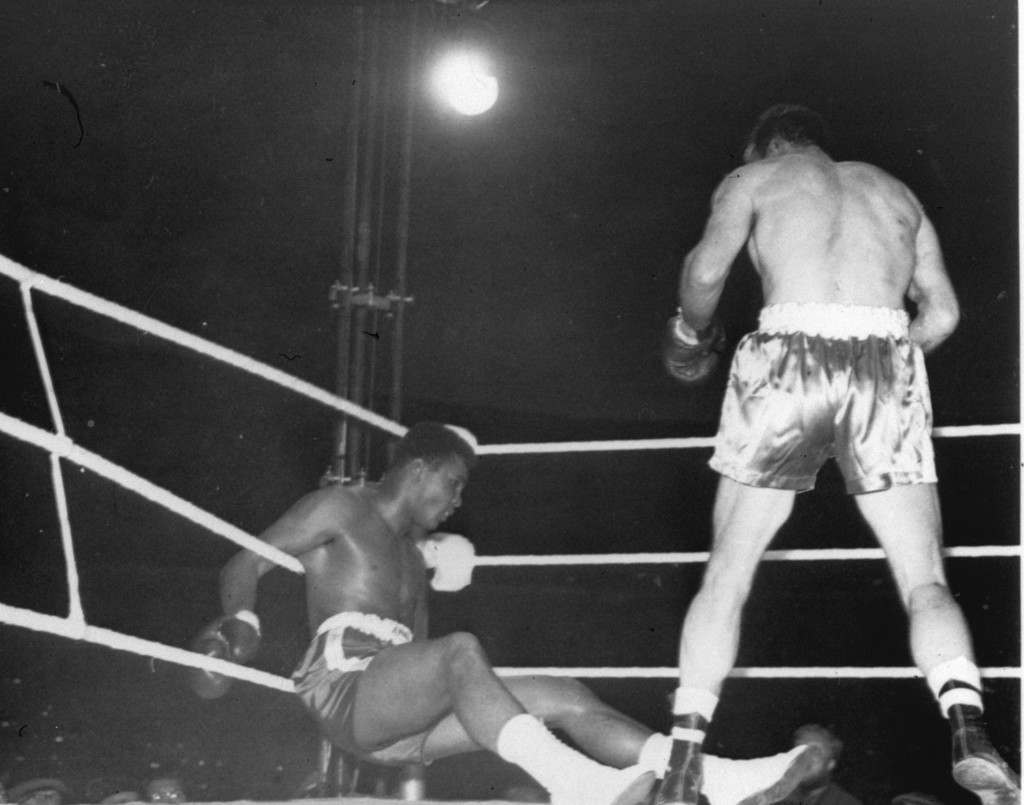 America’s Cassius Clay is shown sliding against the ropes as he goes down after a wild left hook from British champ Henry Cooper in the fourth round of their bout in London, England, June 18, 1963. 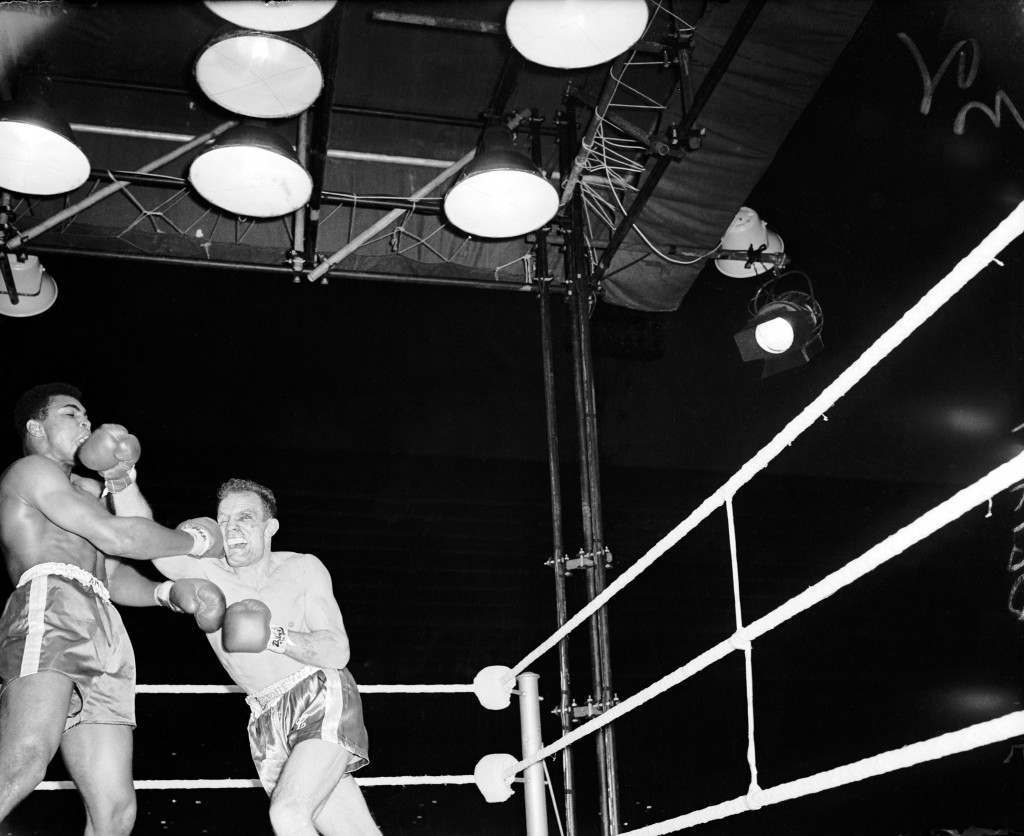 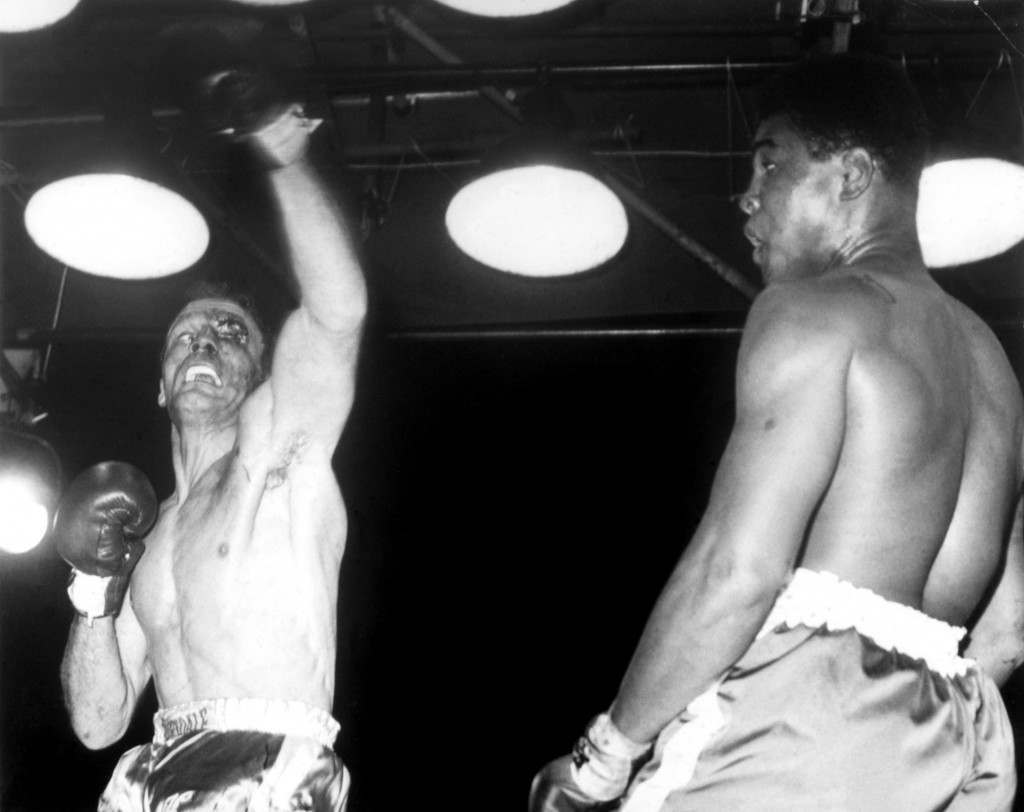 Cassius Clay (r) gasps as he steps back out of the way of a punishing left hook thrown by Henry Cooper (l)
NULL
Ref #: PA.578421 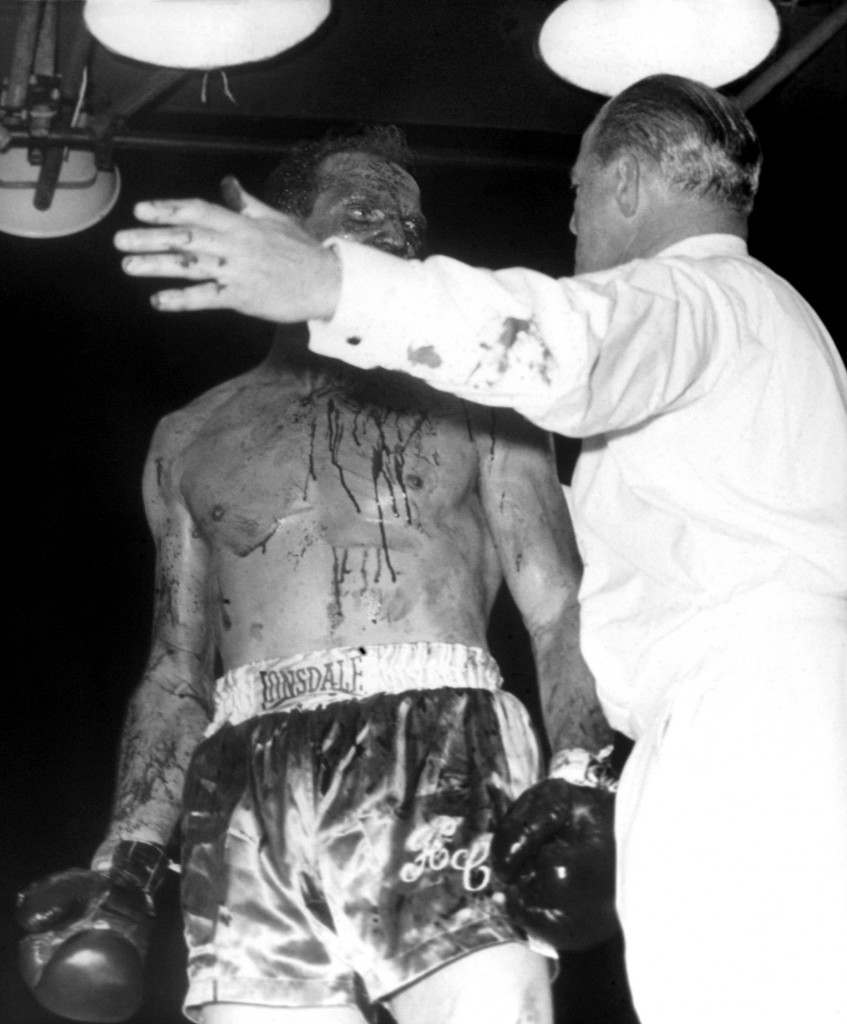 Referee Tommy Little (r) stops the fight in the fifth round to save Henry Cooper (l) from ‘annihilation’, in Little’s words, after Cassius Clay systematically worked on a huge cut above Cooper’s left eye
Ref #: PA.578422 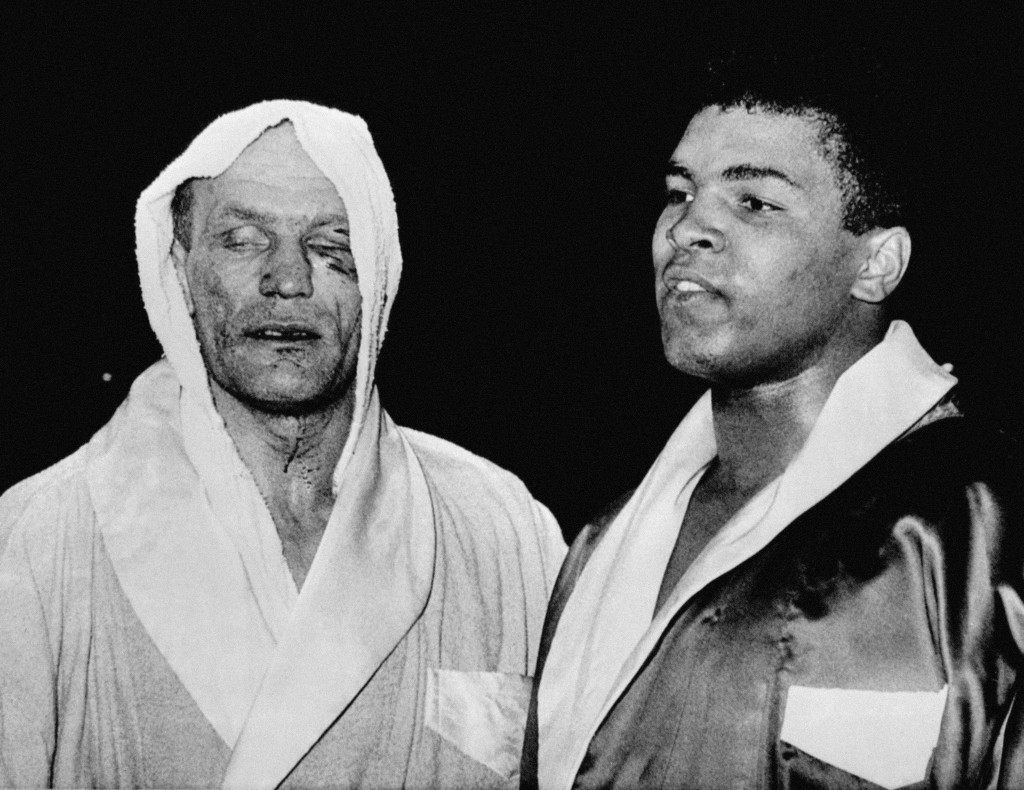 Cassius Clay (left) and Henry Cooper after their fight at Wembley London. Clay won after stopping Cooper in the fifth round despite being floored by the British champion in the fourth.
Ref #: PA.1461288
Date: 18/06/1963 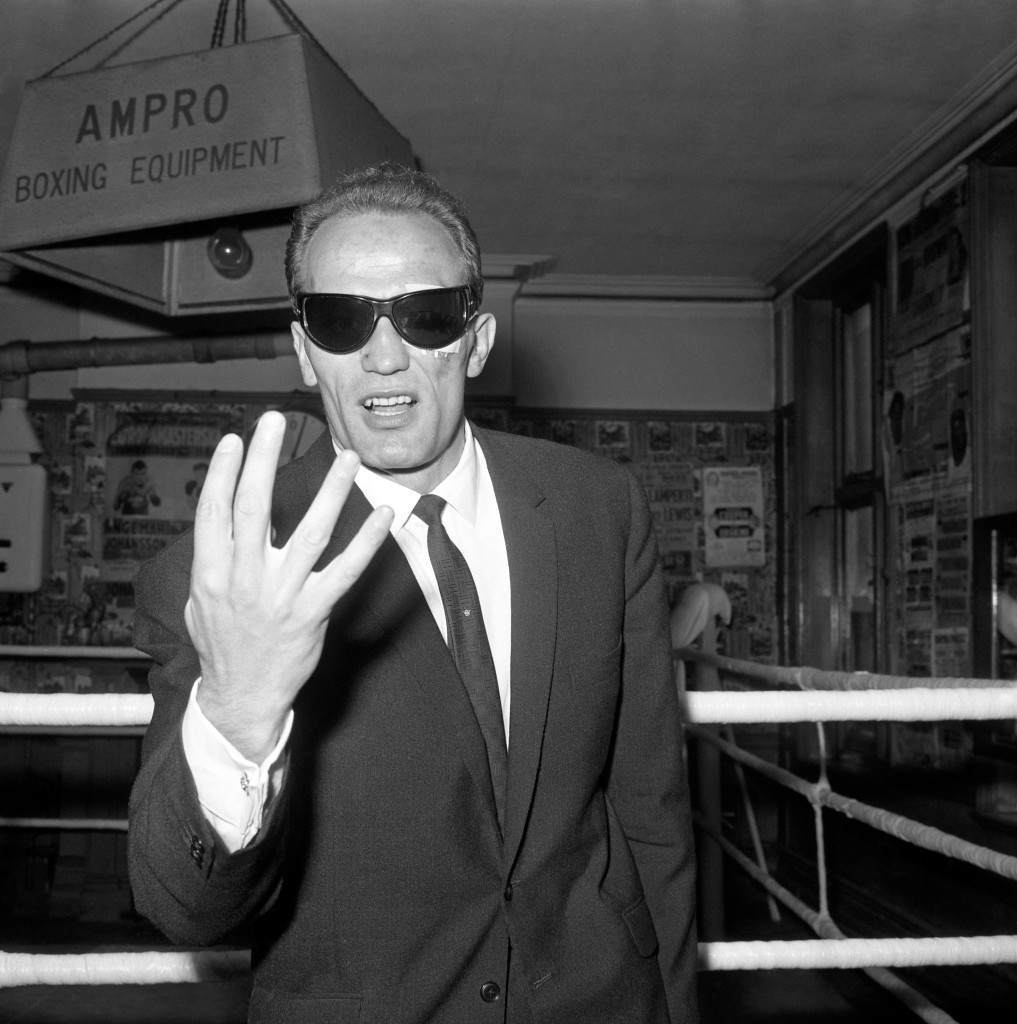 British challenger Henry Cooper wearing shades the day after losing to Cassius Clay in the 5th round at Wembley Stadium.
PA.16676063 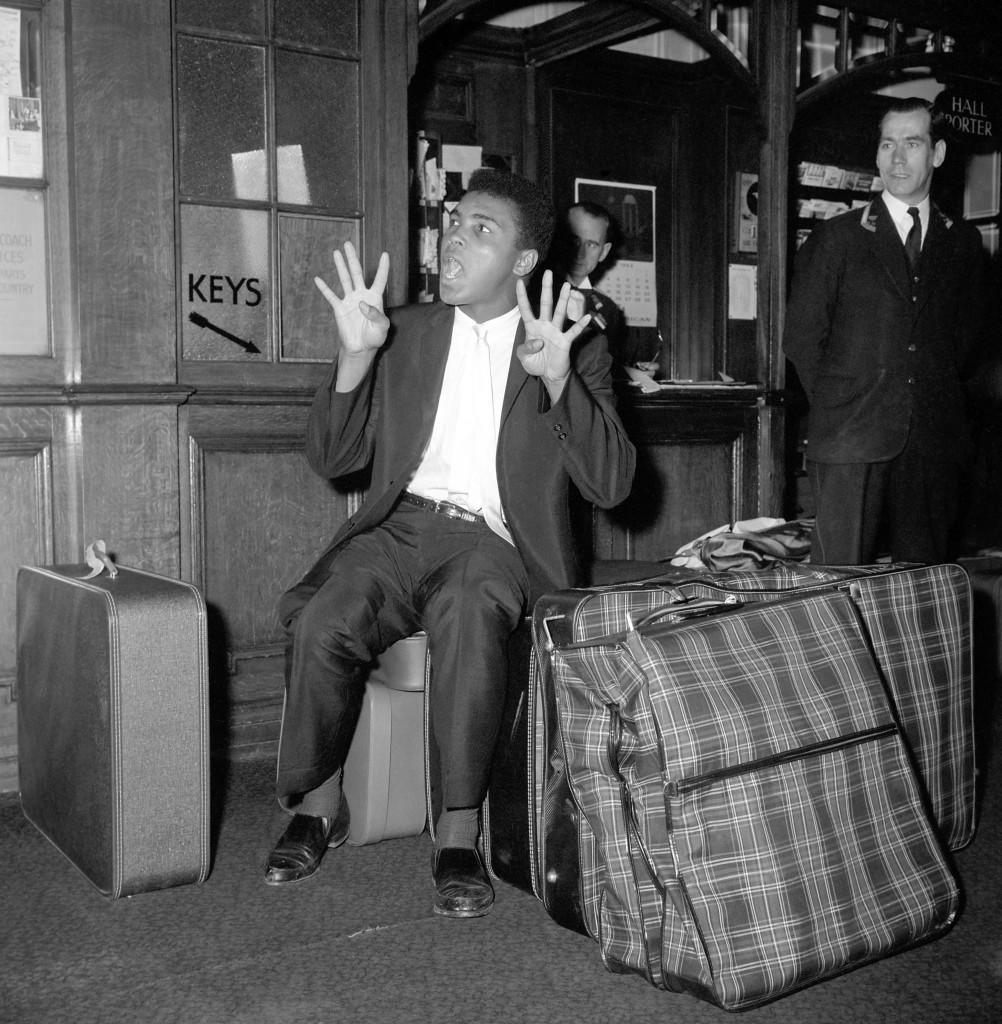 American heavyweight Cassius Clay, who last night carried out his promise by beating British Heavyweight Champion Henry Cooper in the fifth round of their fight at Wembley, holds up eight fingers to indicate he’ll take eight rounds to beat his next opponent, Sonny Liston, after leaving his hotel in Piccadilly in London.
Ref #: PA.16675893
Date: 19/06/1963