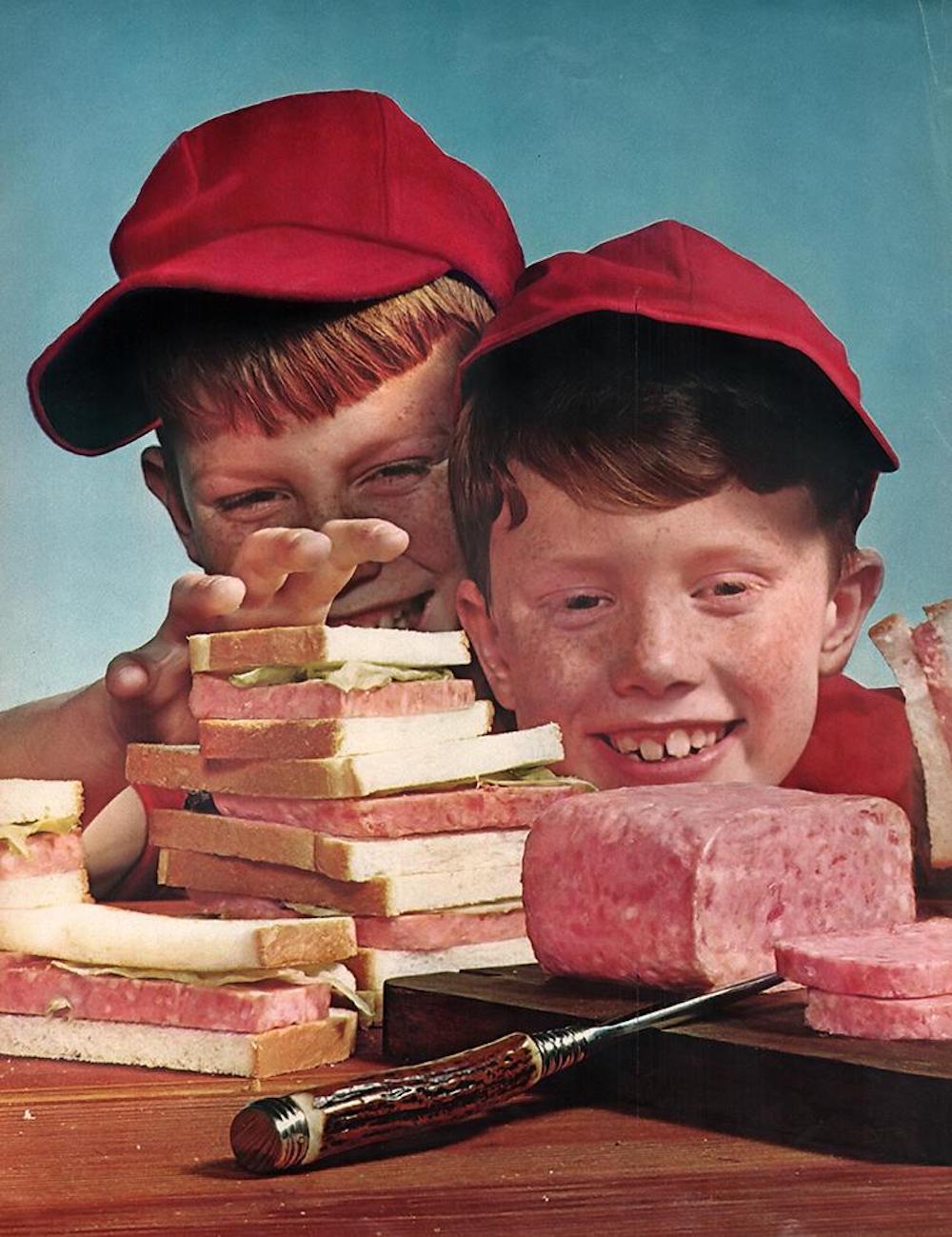 A man called Ken Daigneau came up with the name Spam first. It was for a 1937 competition held by Hormel a food manufacturing company and he won a generous $100. It seemed a slightly unfair contest as he was the brother of a Hormel executive. What the name actually means is “known only by a small circle of former Hormel Foods executives but it’s probably an abbreviation of “spiced ham or shoulders of pork and ham”.

It is just about possible to say that without Spam Hitler might have won World War 2. The difficulty of delivering fresh meat to the front during World War II saw Spam become a ubiquitous part of the U.S. soldier’s diet. It became variously referred to as “ham that didn’t pass its physical”, “meatloaf without basic training”,[1] and “Special Army Meat”. According to the Oxford Companion to American Food and Drink over 150 million pounds of Spam were purchased by the military before the war’s end. From 1939 the canned pork meat became ubiquitous both in the UK (although rationed, it was generally easily available and not subject to supply shortages, as were other meats) and in the Soviet Union. Margaret Thatcher had fond memories of the reconstituted pink meat and once referred to it once as a “wartime delicacy”. Nikita Khrushchev went much further and actually said: “without Spam we wouldn’t have been able to feed our army”. It they hadn’t been able to feed their army the Nazis would have invaded Russia and the history of the world would have been completely different. Although on the plus side, no one would have had to eat Spam.

The normal can of Spam contains chopped pork shoulder, ham meat, salt, water, modified potato starch as a binder, sugar and sodium nitrite and as recently as the 1990s almost four cans of this reconstituted pork were eaten every second in America. It is also sold in over 40 different countries. 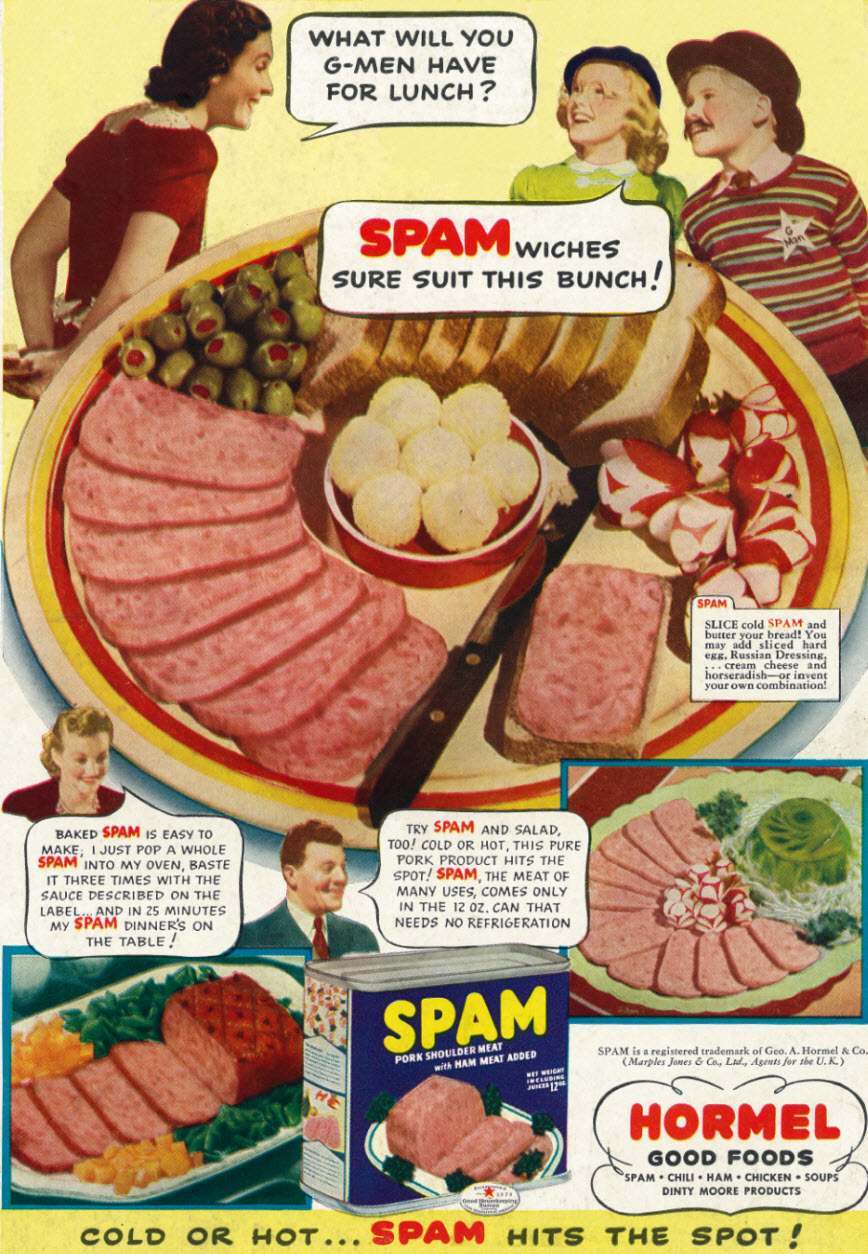 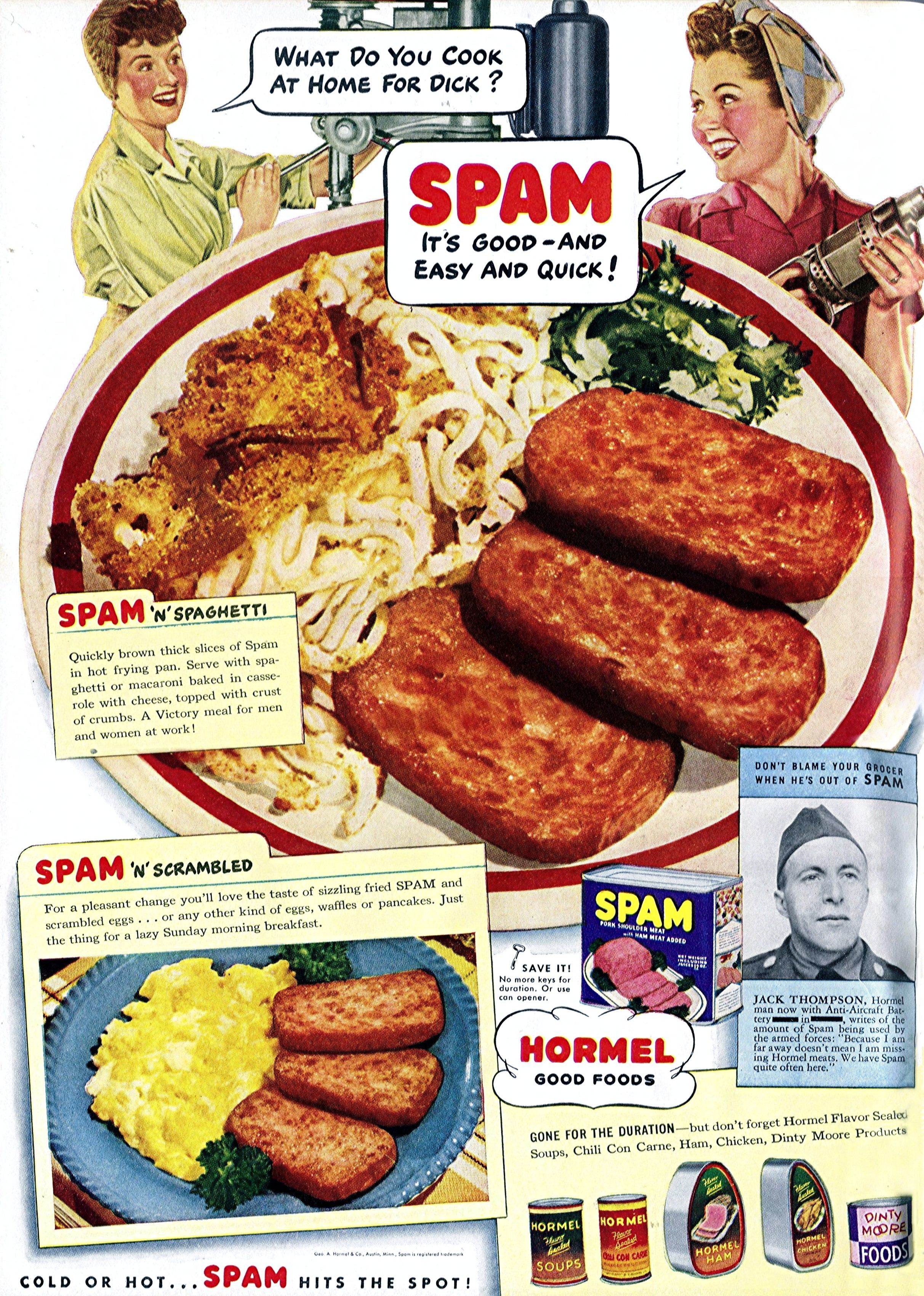 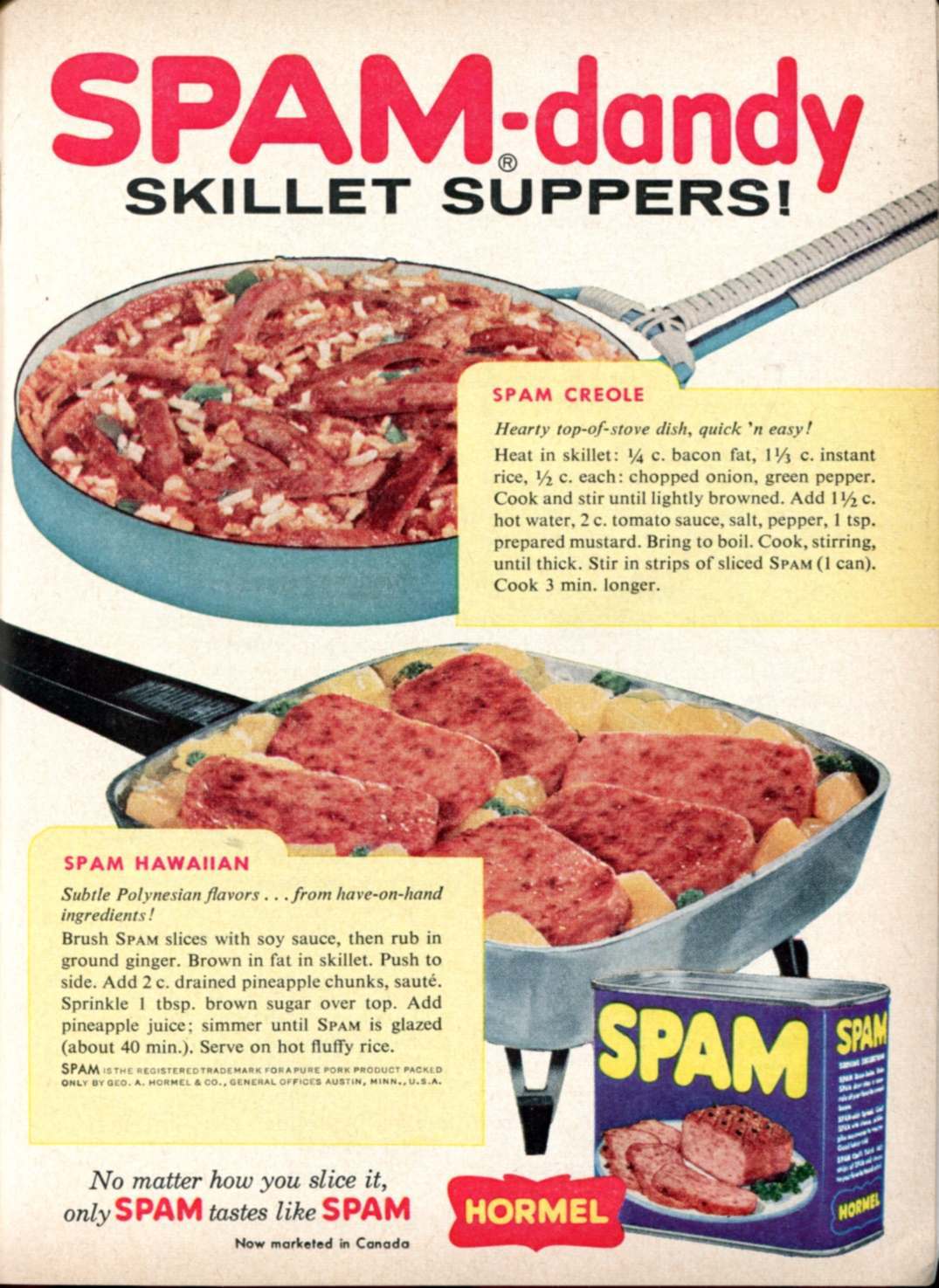 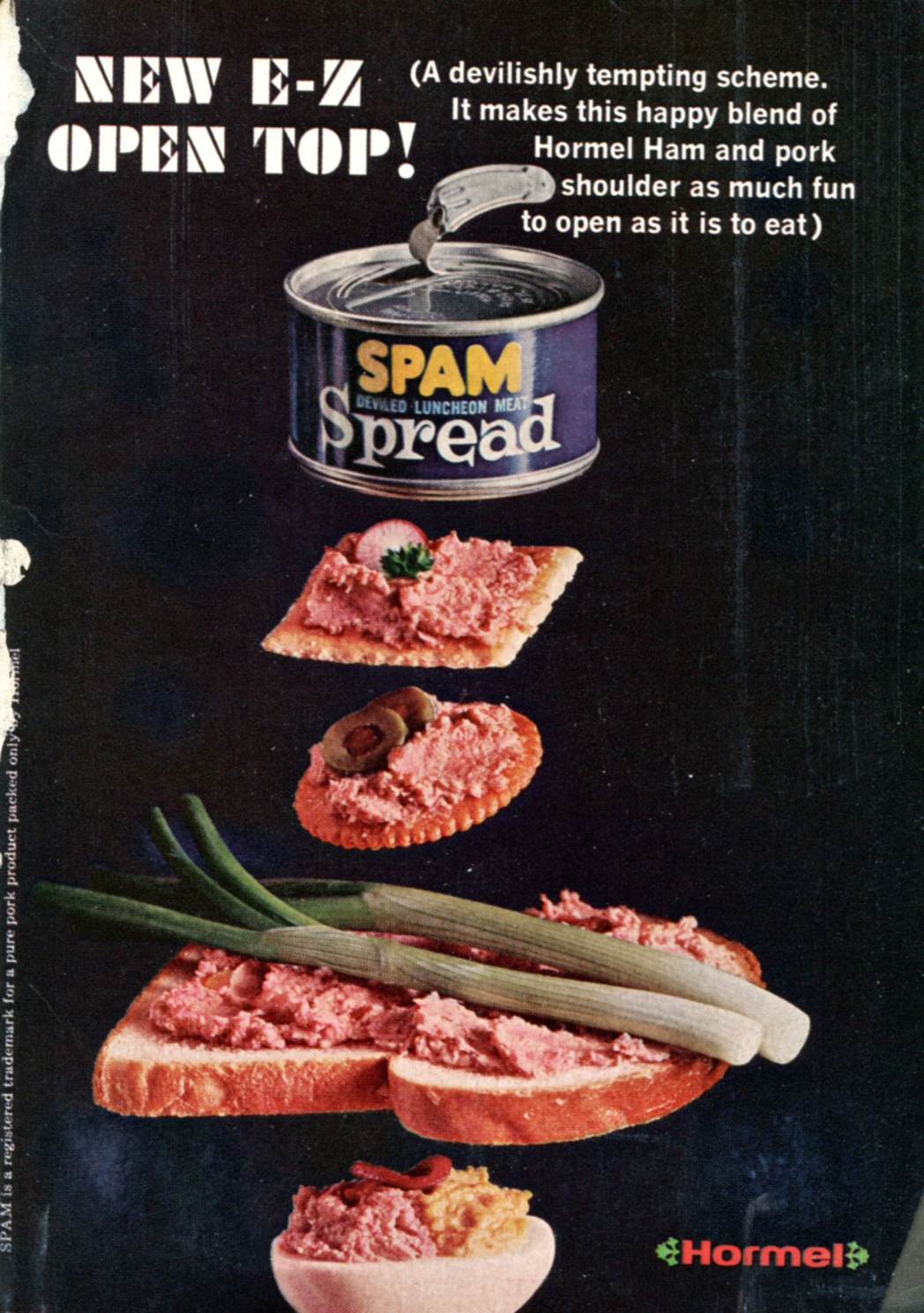 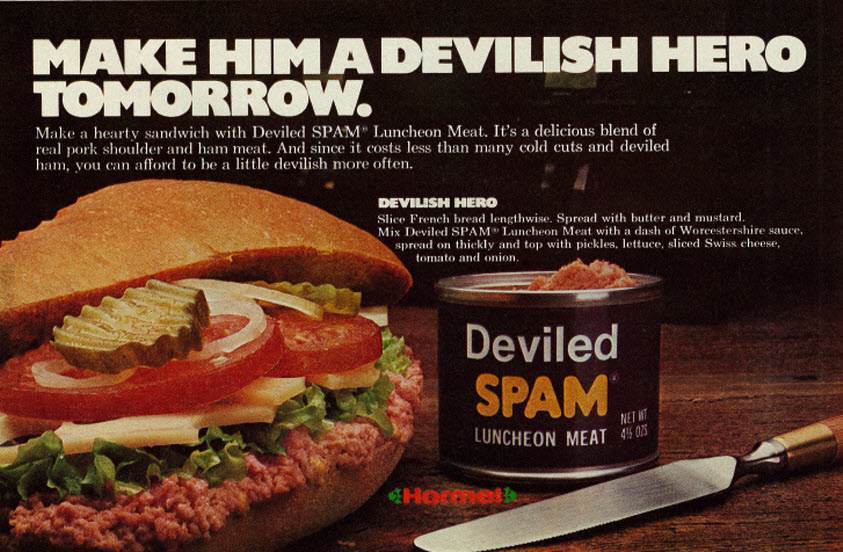 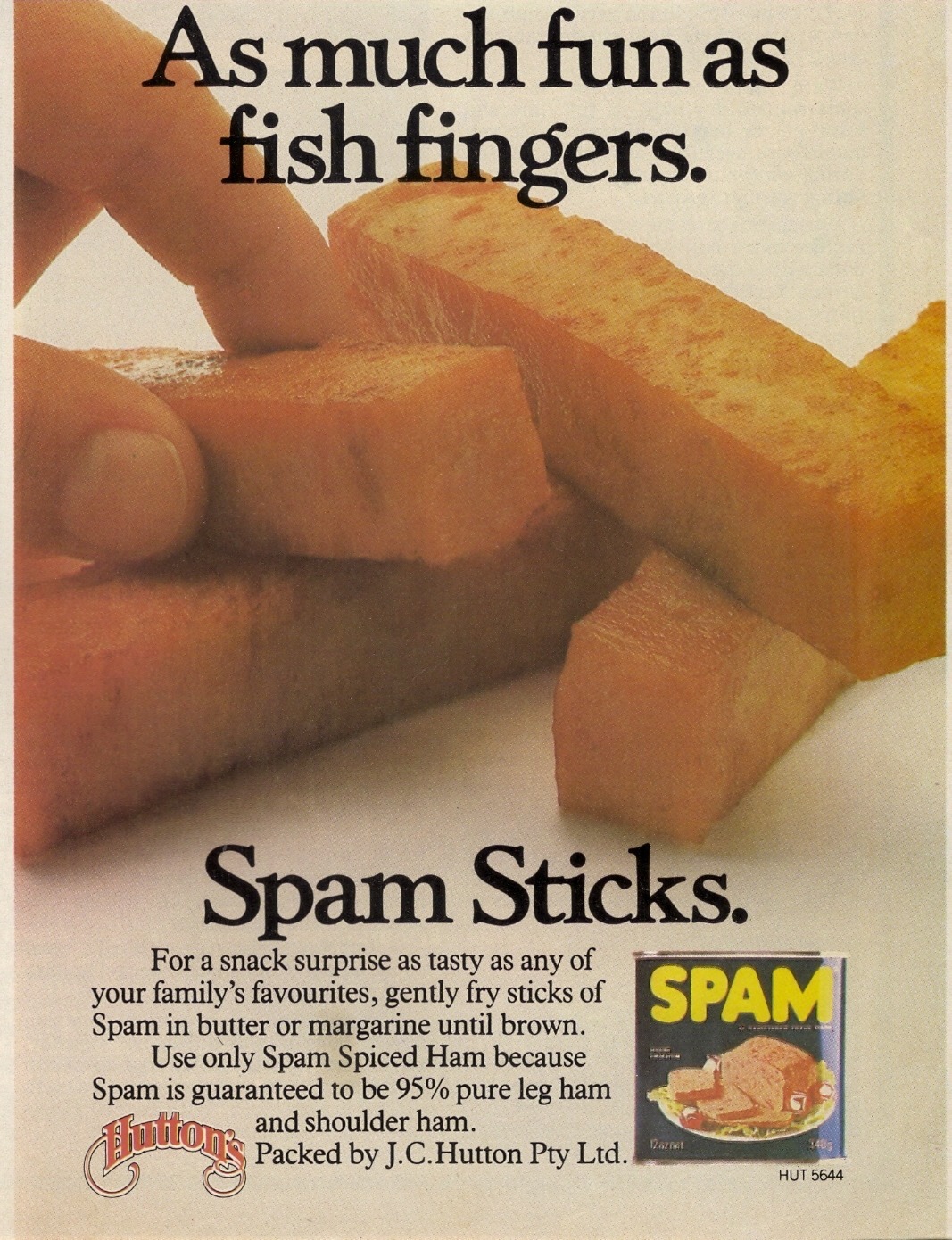 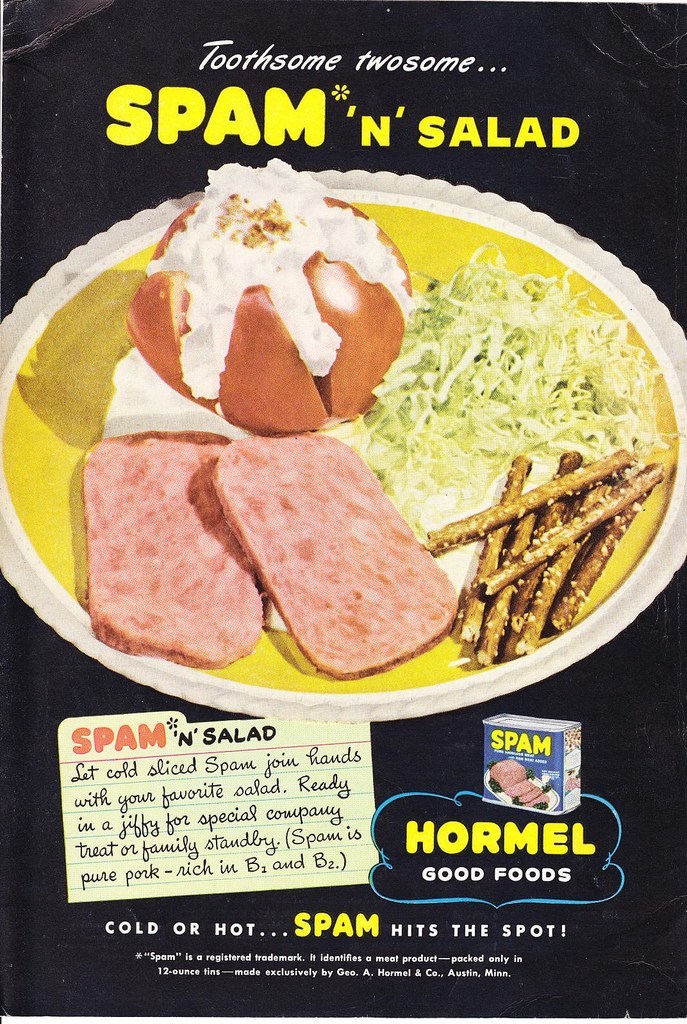 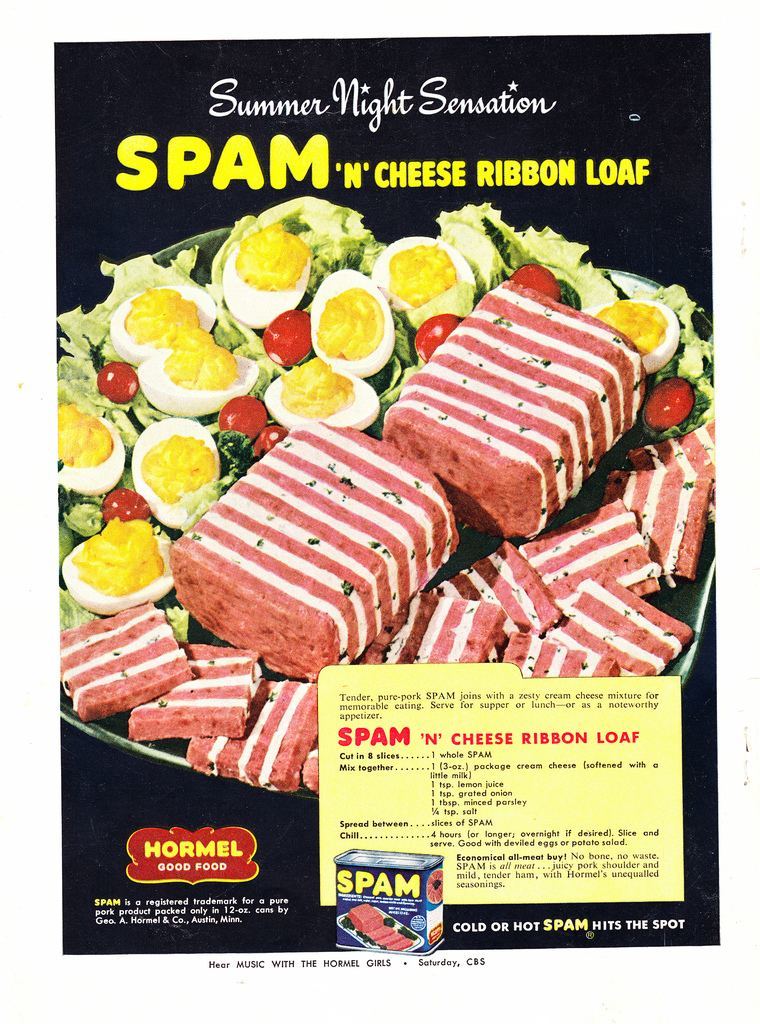 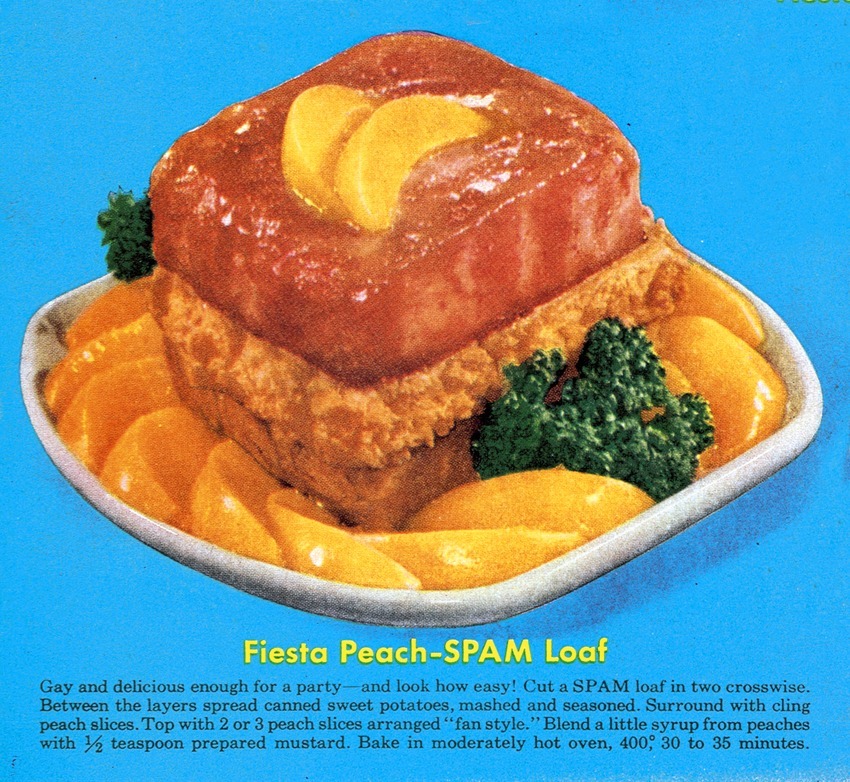 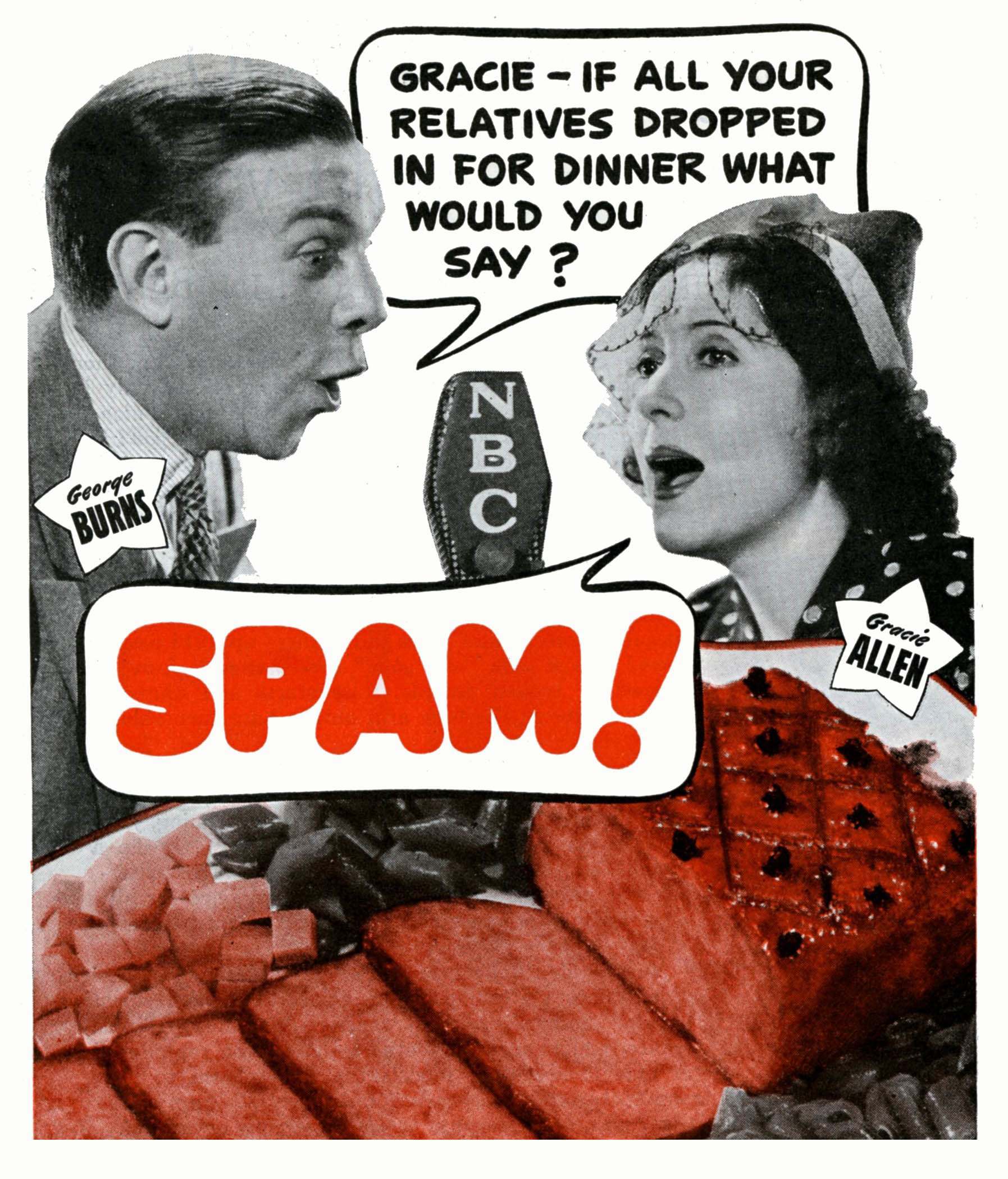 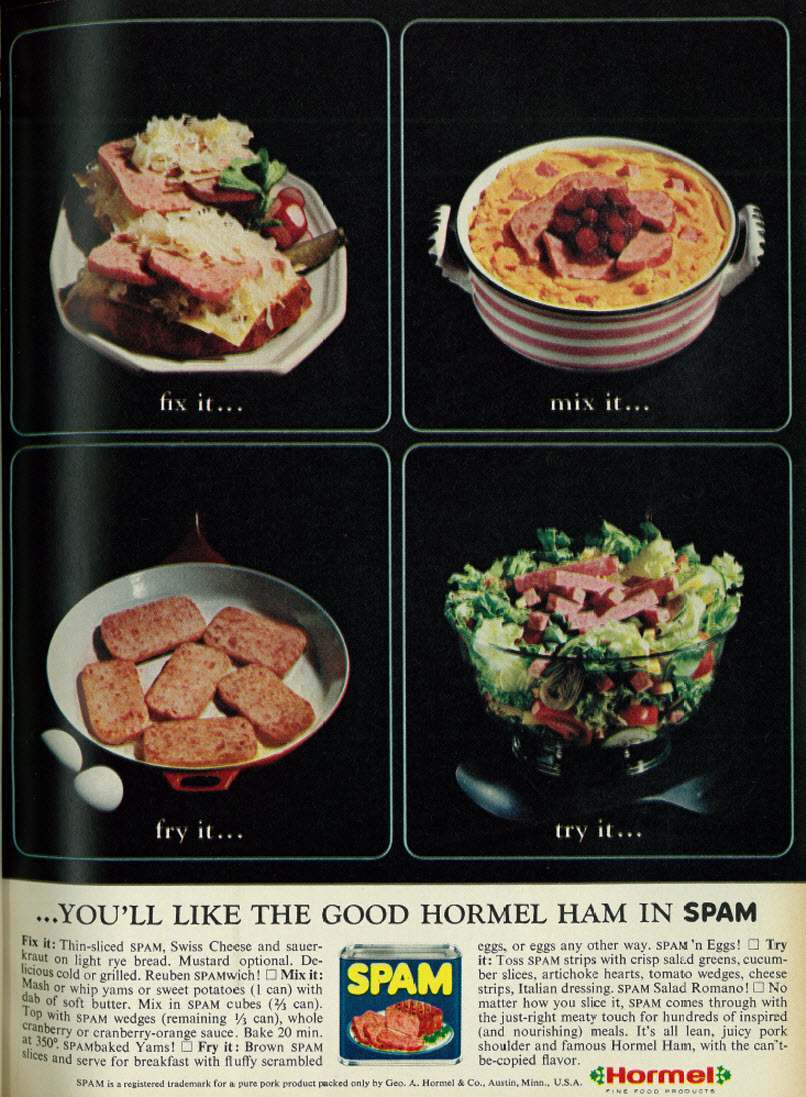 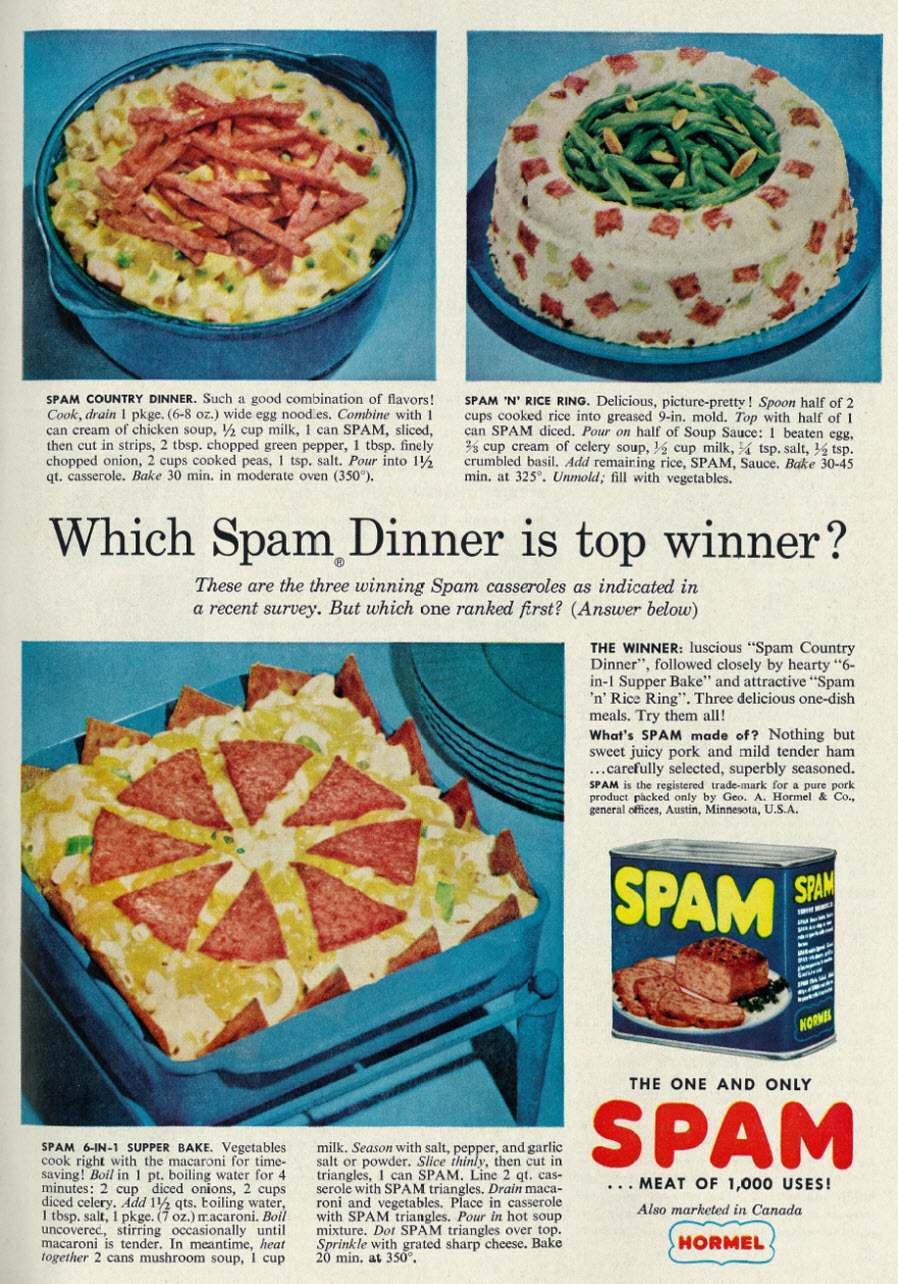 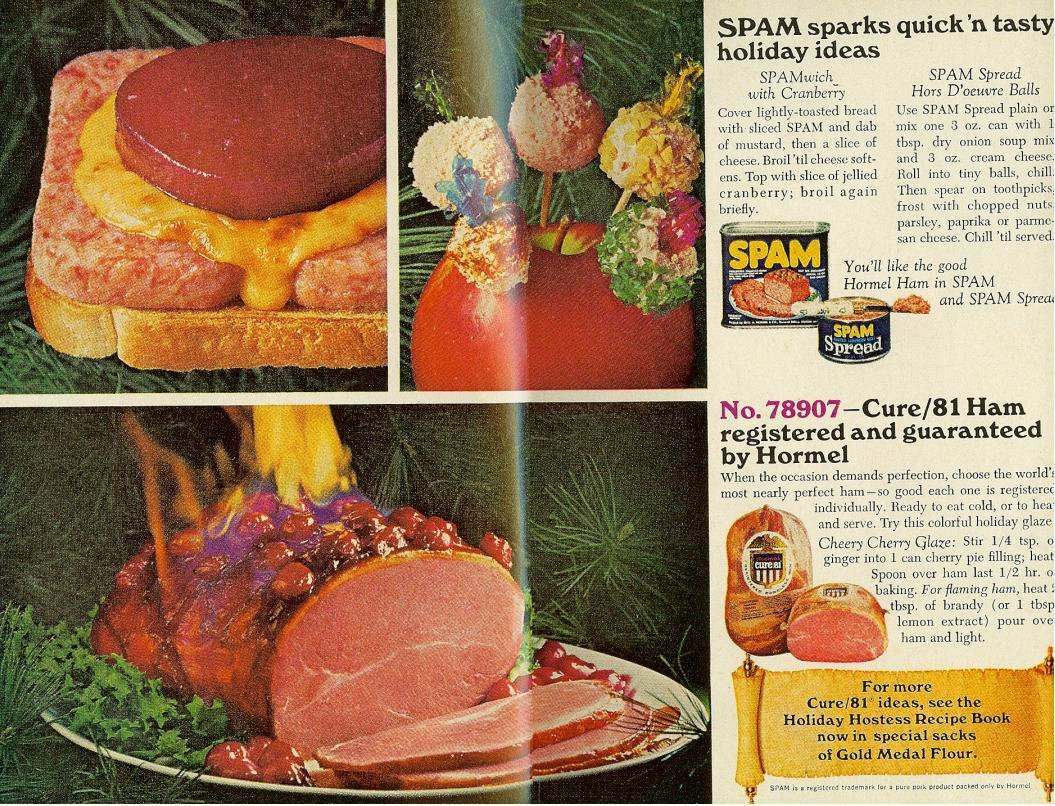 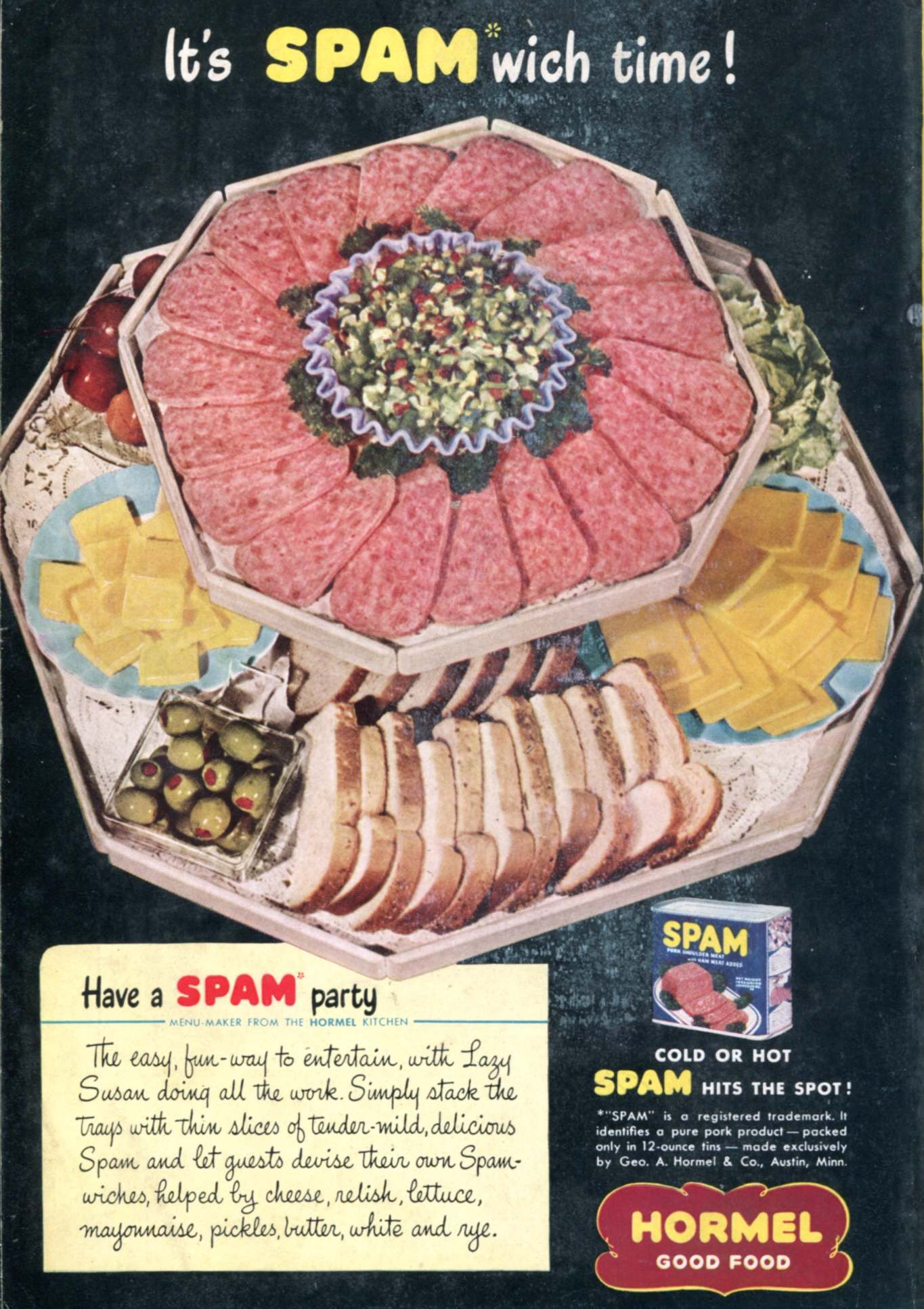 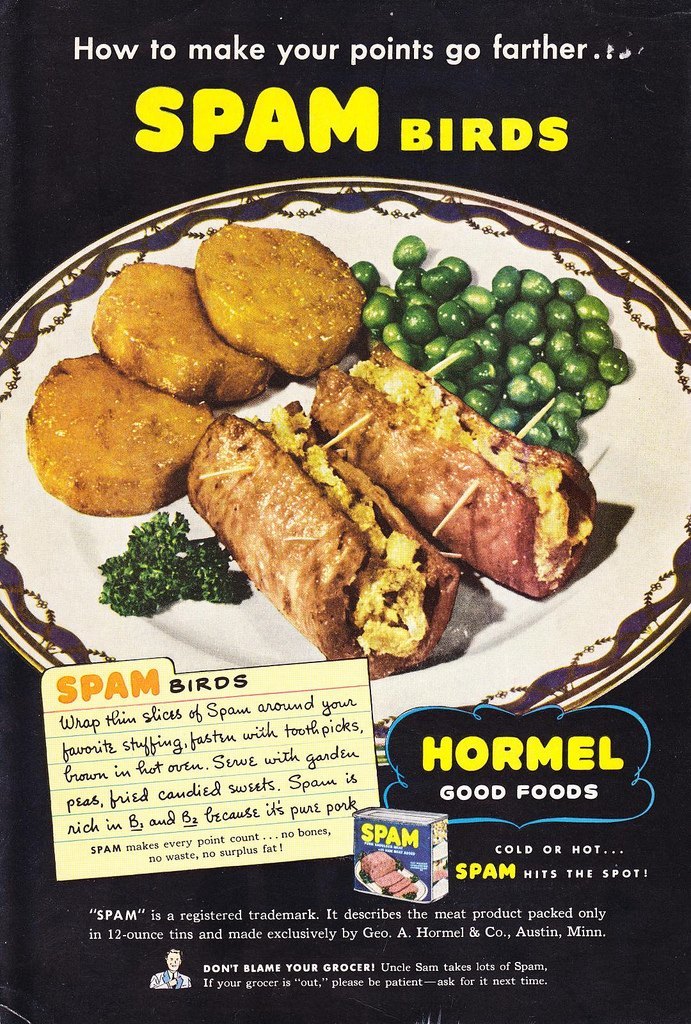 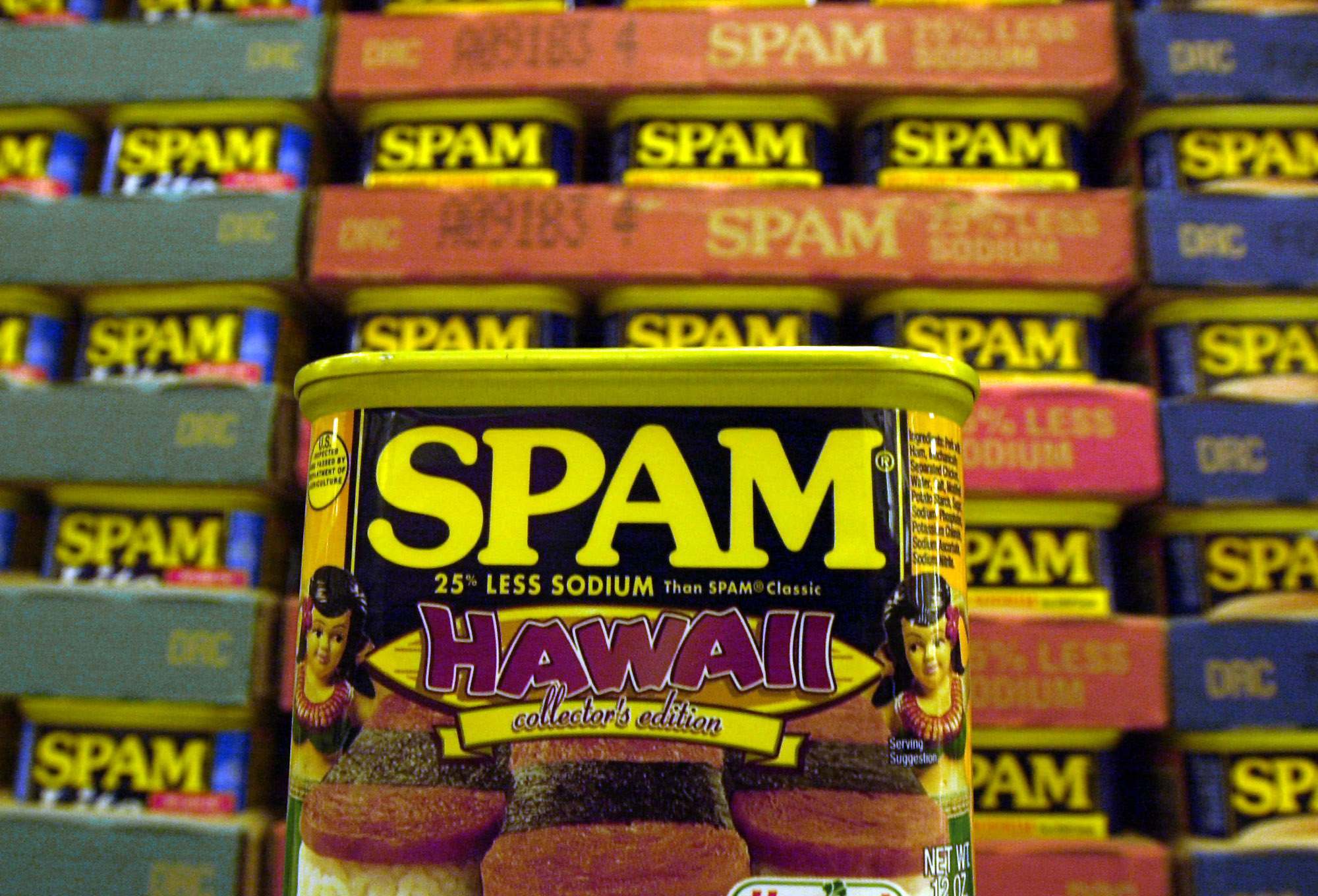 Spam is so popular throughout Hawaii that it’s been nicknamed the “Hawaiian steak”.