FLASHBACK to August 18, 1985: Women clients of Khamis Abdel Motagally sit outside their tents at his Sahara Desert Rheumatism camp at Nazlet El-Simman, Egypt, the lower parts of their torsos buried in the hot sand to treat rheumatism. Motagally operates the only known desert clinic specializing in the ancient Egyptian cure.

He said: “Rheumatism is nothing but humid vapour trapped inside the blood. When the patients are buried in the hot sand, the speed of blood circulation increases. The density of the vapour increases, and it leaves the body in the form of sweat. I bury them in sand from 20 to 30 minutes, wrapping them in blankets so they sweat more.”

This summer, you know what to do on the beaches and Costas. Gran! Come quick. We’ve dug a hole for you… (Watch out for high tide.) 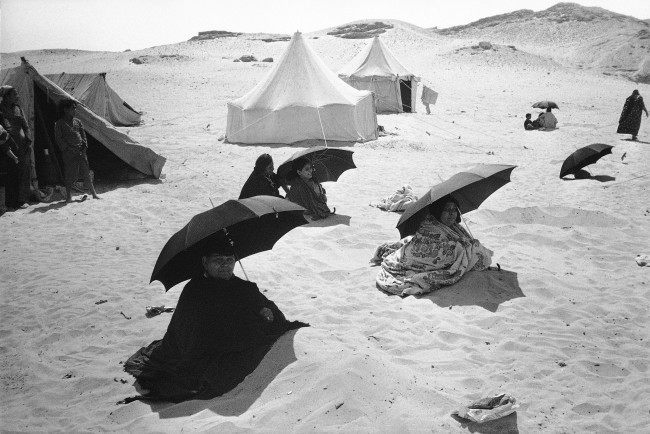 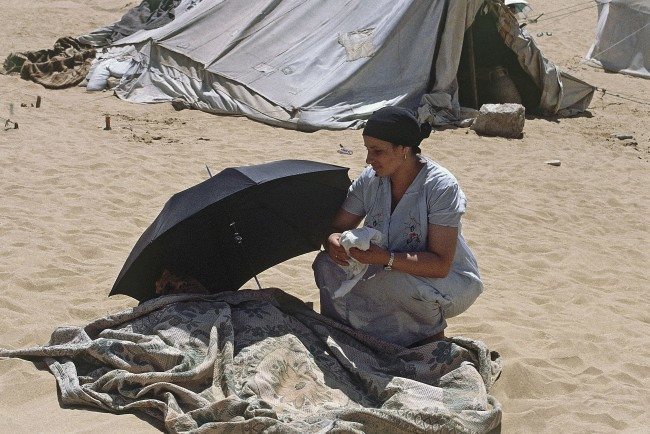 A lot of poor Egyptians seek cure by burial them self in the Sahara sand, just next to the Giza pyramids shown in 1985. The treatment lasts 45 days and it costs only 20 US dollars for the all treatment, and can be free for the very poor people. Khamis Abdel Motagally the founder of clinic in middle of the desert, learned from his father, the all family is convinced of its scientific basis. Treatment is part of the primitive natural medicine that originated with ancient Egyptians. His impormtu clinic comprises more than a dozen white tents on a dune at the back of the great pyramids of Giza West of Cairo, where he, and his sister and two other practitioners supervise the treatments. From a distance, the sandy hillside looks like a camp with umbrellas spouting from the sand, close up a visitor finds that beneath the umbrellas are people clutching thick blankets under the desert sun. People bury for 20-30 minutes wrapping themselves in thick blankets so they sweat more. Clothing is removed under the sand. At the end of the treatment they get massages, and hot soup to replace the liquid they loose in the hit. (AP Photo/Ciriani) 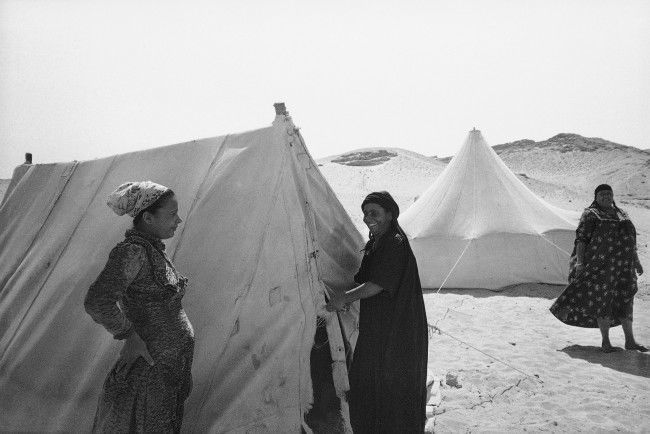 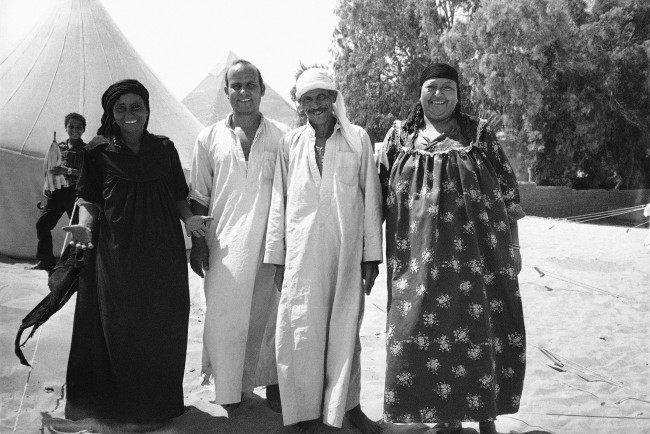