Images of the novelty t-shirt designs détourned by the late Malcolm McLaren for sale in Seditionaries in 1978 are rare, which is why this shot of Apollonia Van Ravenstein and Ara Gallant from a spread in a late 70s issue of L’Uomo Vogue is extra special. 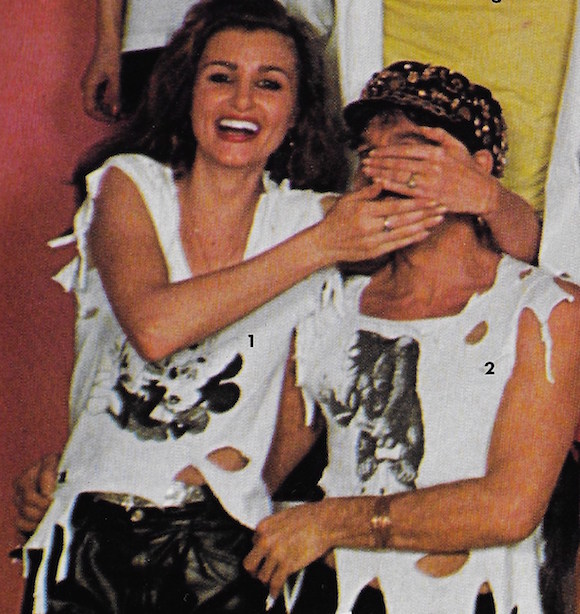 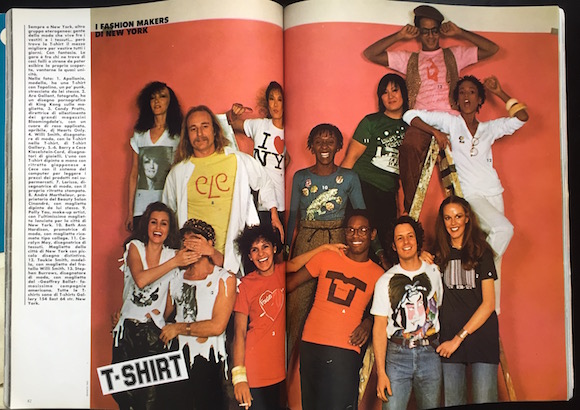 Distressed punk-style for the Italian fashion magazine by the Dutch model and the late American hairdresser and photographer, the same t-shirts bearing images of the Disney characters enjoying sexual congress and the cartoon Empire State-straddling King Kong ejaculating over Fay Wray were among those brought to the UK from the US by McLaren after the dissolution of the Sex Pistols at the beginning of 1978. 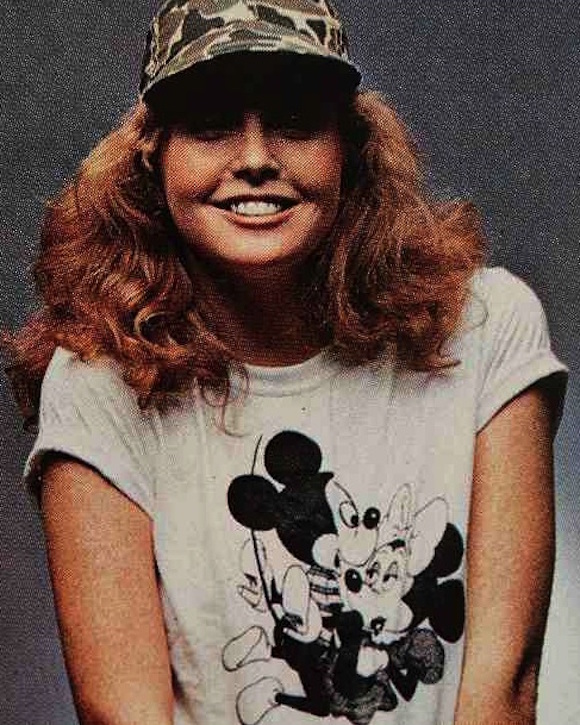 McLaren’s adapted version for Seditionaries, with added genitalia and encircled Anarchy ‘A’ on Mickey Mouse’s ear

Each illustration was adapted with a calculated crudeness of effect by McLaren with screens and spot-colour, collaged elements, juxtaposed slogans and provocative messages. These were issued over the course of 1978 with his partner Vivienne Westwood via Seditionaries on plain t-shirts and muslin tops as part of their final punk clothing designs.

Read about the genesis and realisation of companion pieces Prick Up Your Ears here and Snow White & The Sir Punks here.

There is at highly recommended book about Ara Gallant’s work. Copies available here.