“I never saw Eric Ravilious depressed. Even when he fell in love – and that was frequently – he was never submerged by disappointment. Cheerfulness kept creeping in.” 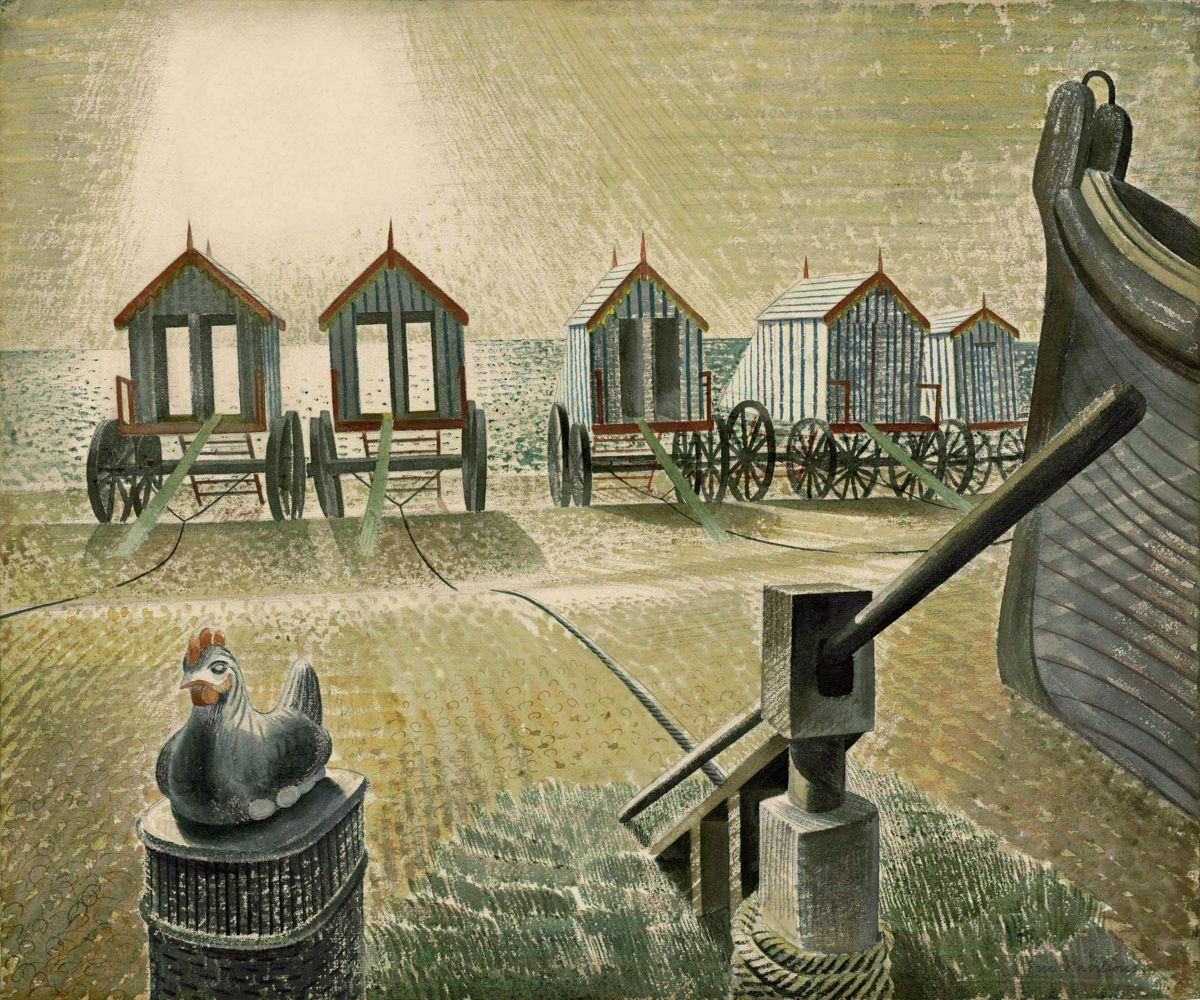 Eric Ravilious loved painting, of seeing the beauty in everyday provincial English life. At a distance his watercolours can be mistaken for being simple, a tad soft and cosy. And then you see the tight topographical patterns, definite shapes, firm lines and flat abstraction. He’s revelling in the design of things around him, the mix of newly manmade objects and architecture with the older and natural. And those chalky, dusty colours pull you in. You want to find out more. There is story and suspense in a Ravilious painting. The dusty white parts and usual absence of people make you wonder what’s going on, and why these manmade objects exist in these settings? It becomes surreal, mesmeric and oddly satisfying.

As he wrote of his many mooches through the South Downs:

“The long white roads are a temptation. What quests they propose! They take us away to the thin air of the future or to the underworld of the past.” 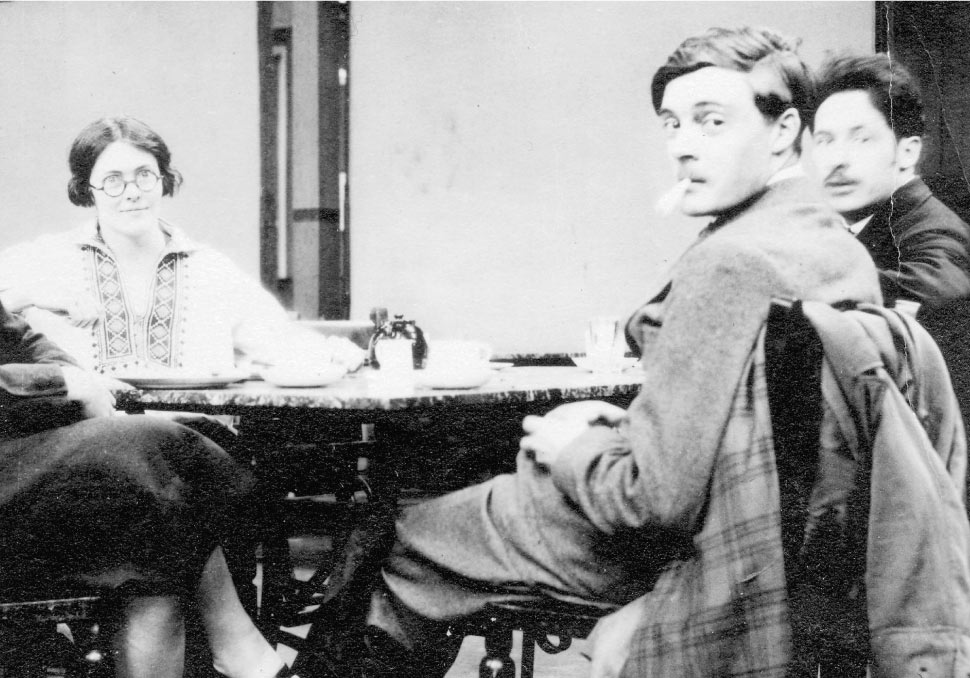 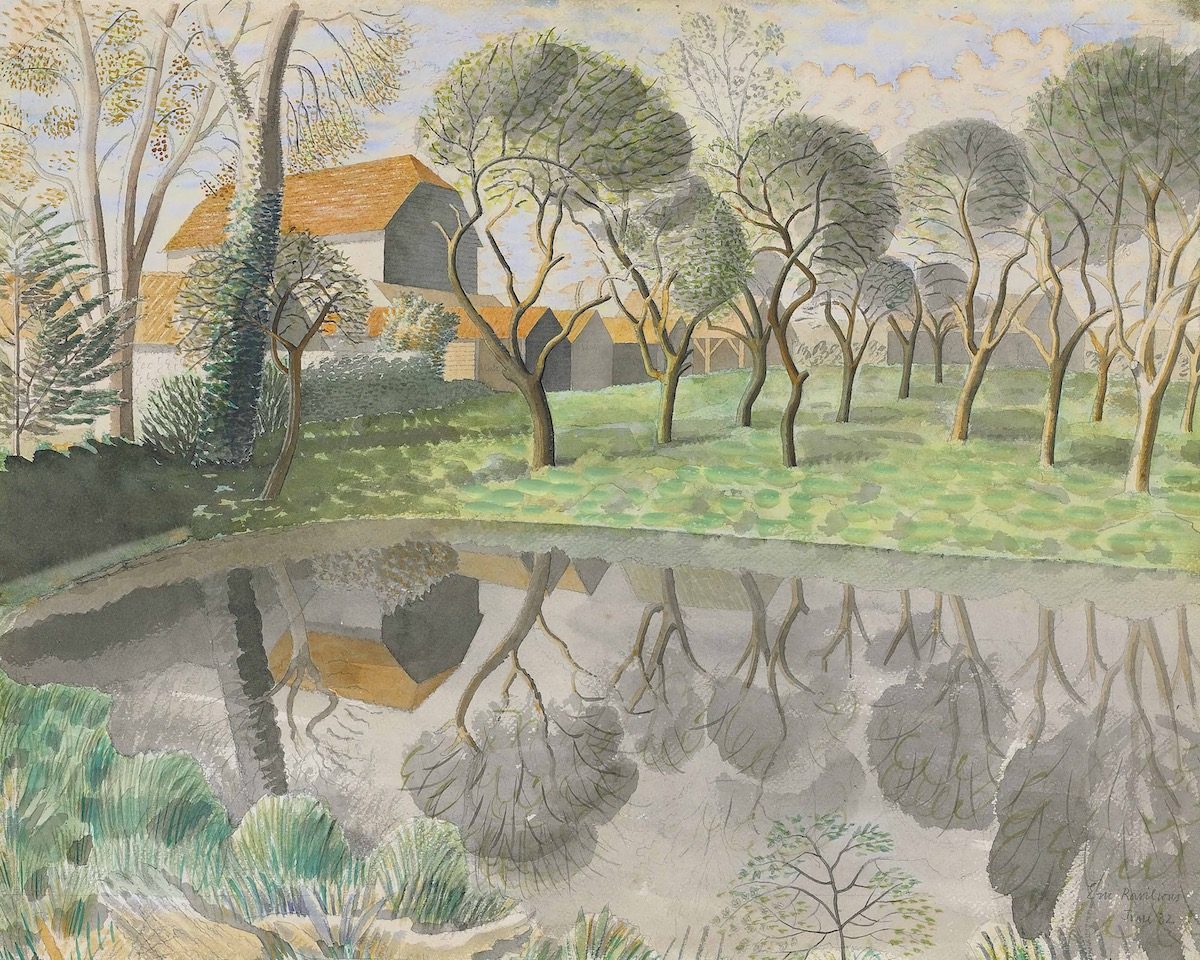 Eric William Ravilious (22 July 1903 – 2 September 1942) was a British painter, designer, illustrator, wood-engraver and war artist. Born in Acton, London and raised in East Sussex, he is best known for his watercolours of the South Downs.

Ravilious died prematurely when the aircraft he was in was lost off Iceland. An anti-fascist who nonetheless wrote of the war in a letter from 1940:  “I enjoyed it a lot, even the bombing which is wonderful fireworks.”. In 1941, in another letter he enthused about flying: “It was more lovely than words can say flying over the moors and the coast today in an open plane, just floating on great curly clouds and perfectly still and cool.” 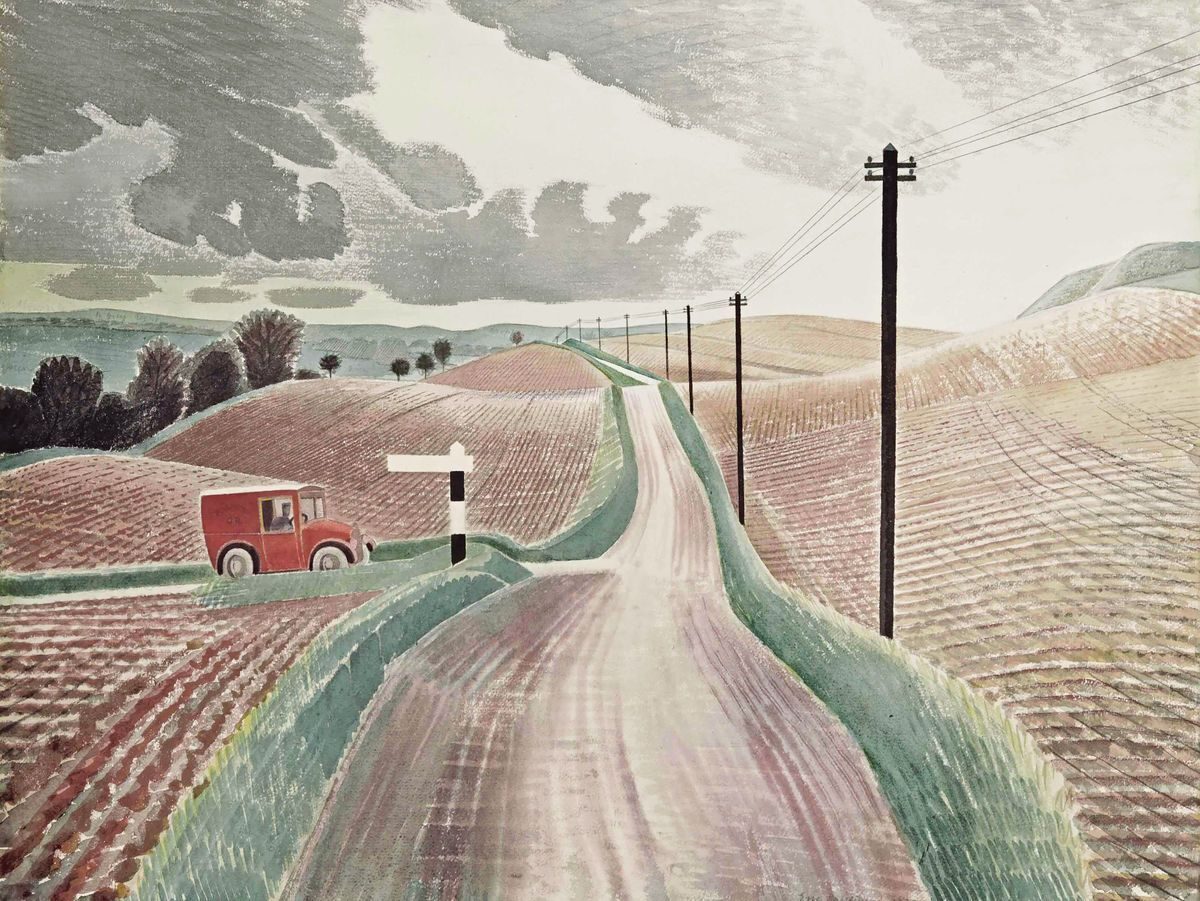 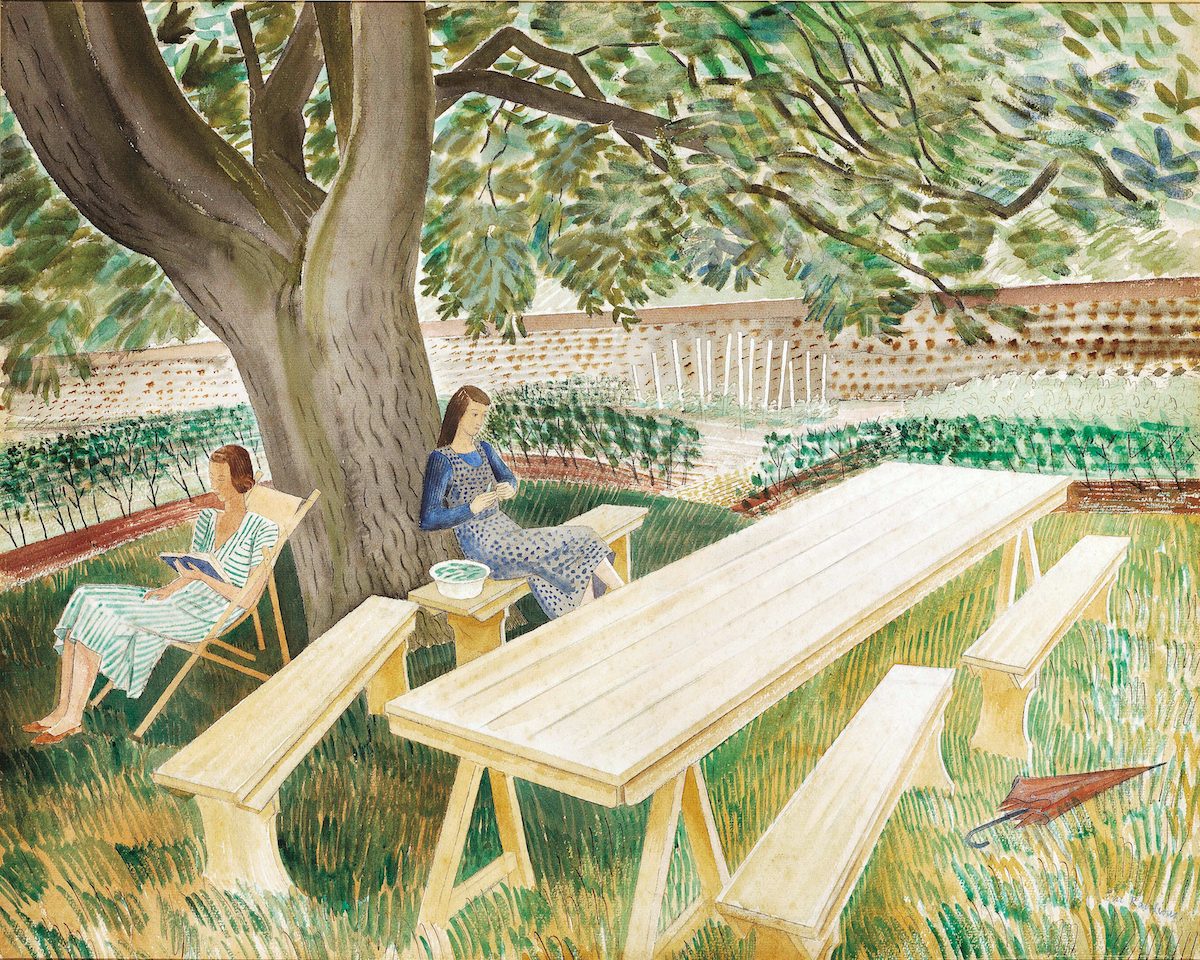 In 1930, breezy natured Ravilious married Tirzah Garwood, a student at Eastbourne School of Art, where he had been teaching part-time. Despite his many affairs – ‘Rav’ loved the ladies –  they stayed together until his death.

Eric and Tirzah lived in Hammersmith, London. But they with his long-time friend Edward Bawden, who had been a fellow-student at Royal College of Art when William Rothenstein was its principal and Paul Nash the teacher, and his wife Charlotte Epton, wanted to explore.

The foursome took rooms in Brick House in Great Bardfield, Essex, close to where Bawden was born. They decorated every wall. As Paul Laity writes: “The parlour was painted as a cane bird-cage, with birds everywhere; the bedroom was decorated as a tent, striped and draped up to a centre point. Bawden later wrote that “those few years when we lived together were idyllic.” 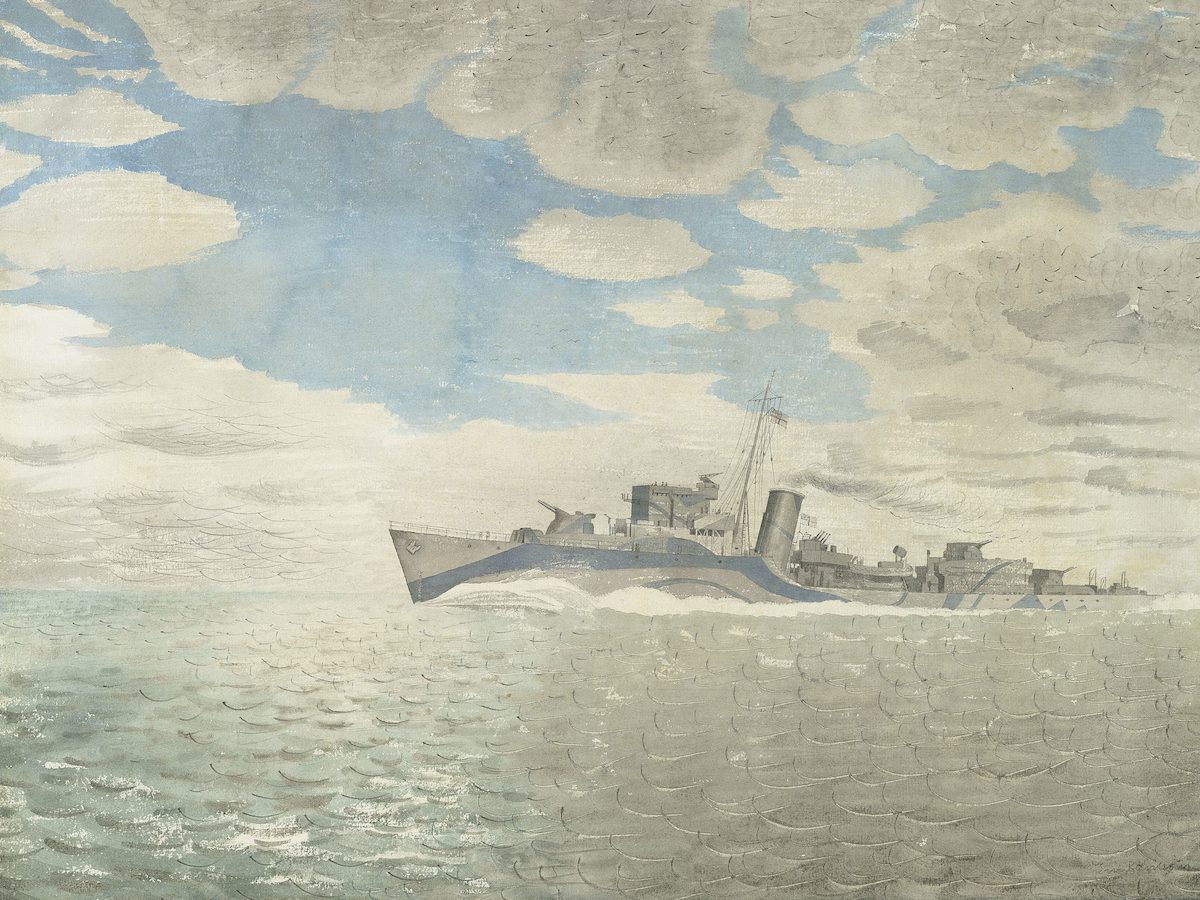 “He covered the block with a wash of white paint, then drew in pencil on it, often with a good deal of shading. Then with the graver he cut slowly and decisively. Eric must have had a remarkably clear mental image of what he intended to do.” 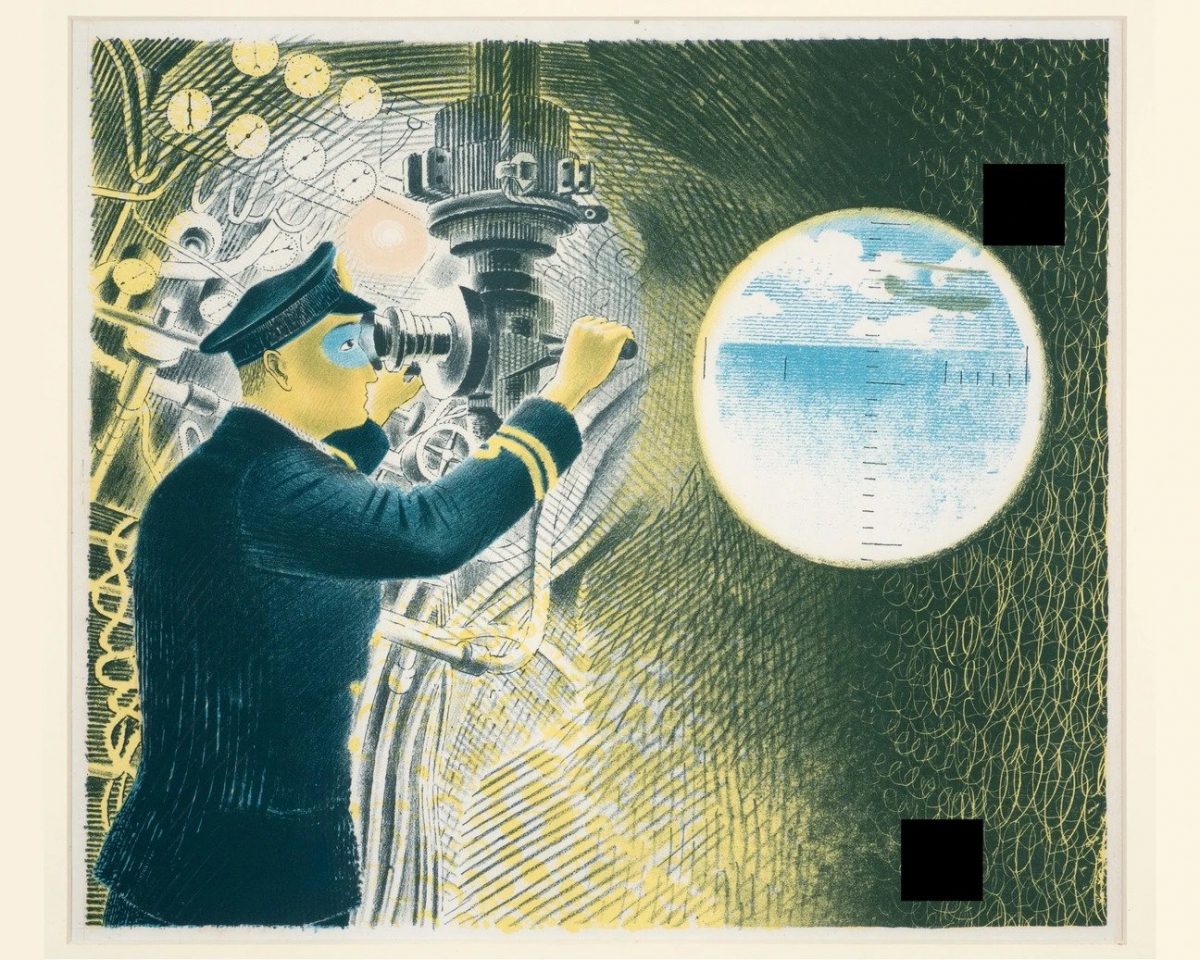 Commander Looking Through the Periscope by Eric Ravilious – 1941 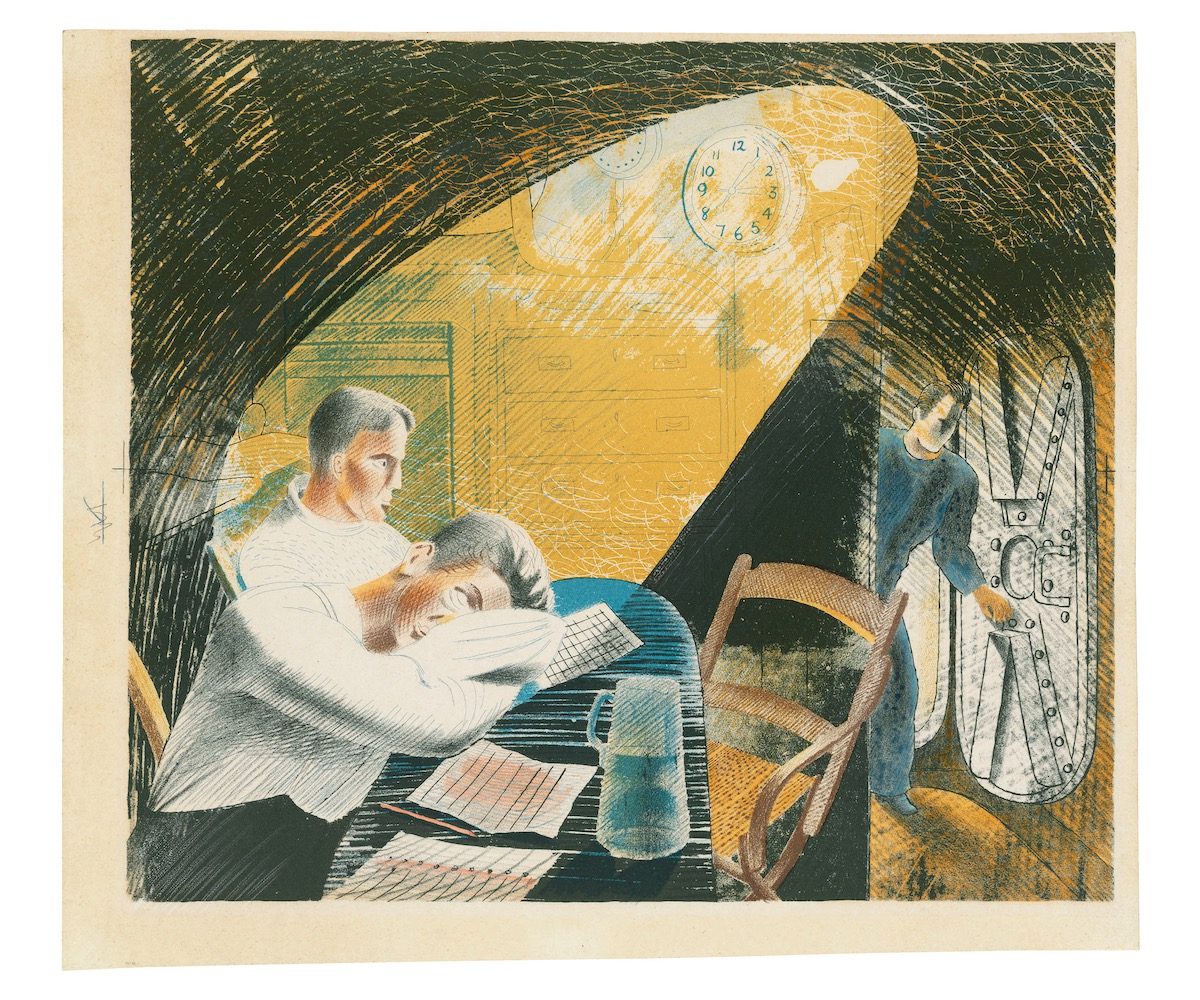 Ward Room I, from- Submarine Series lithograph in colours extensively hand-coloured with watercolour, 1940-41 –  fine art prints of Eric Ravilious paintings are in the shop. 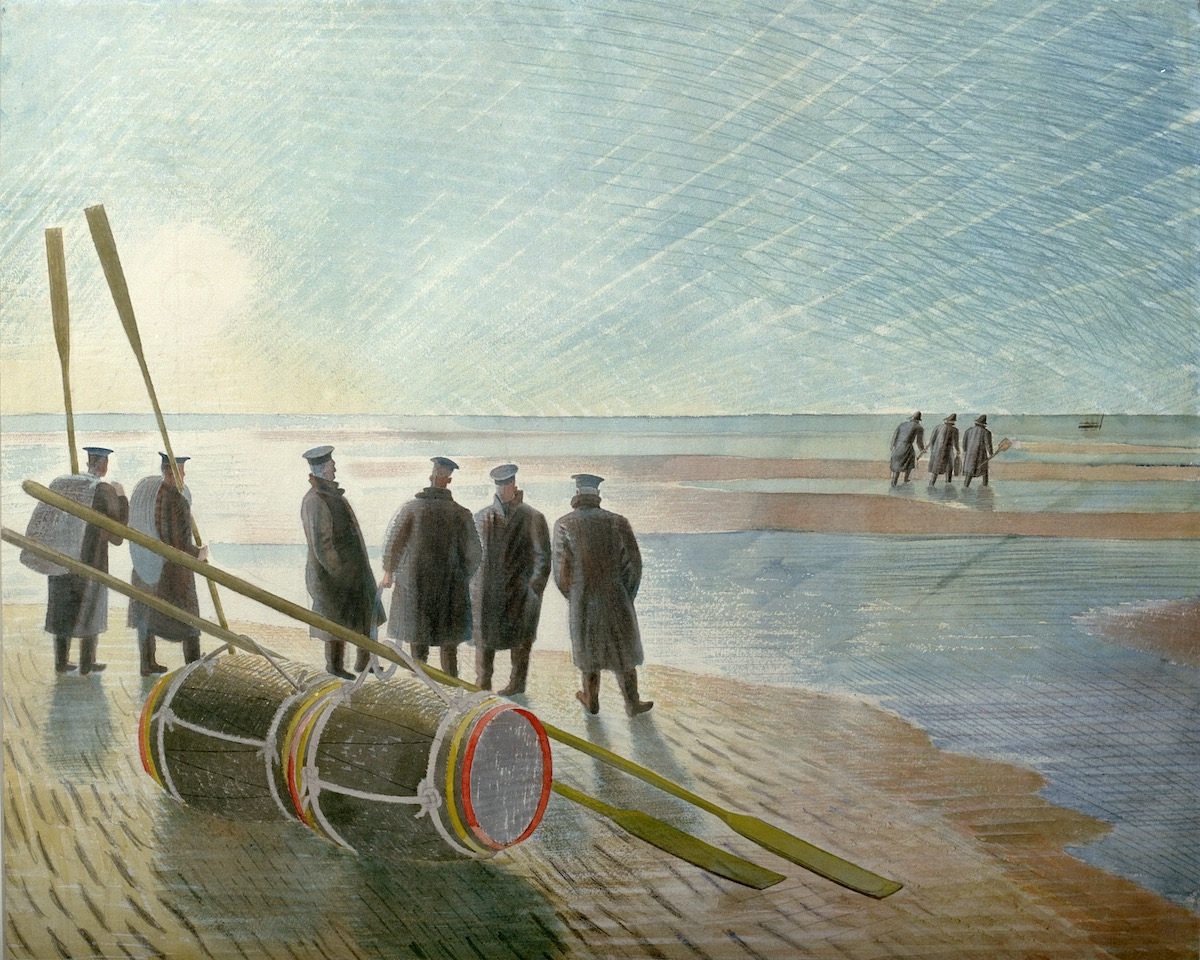 You can order a fine art print of Eric Ravilious painting in the shop.