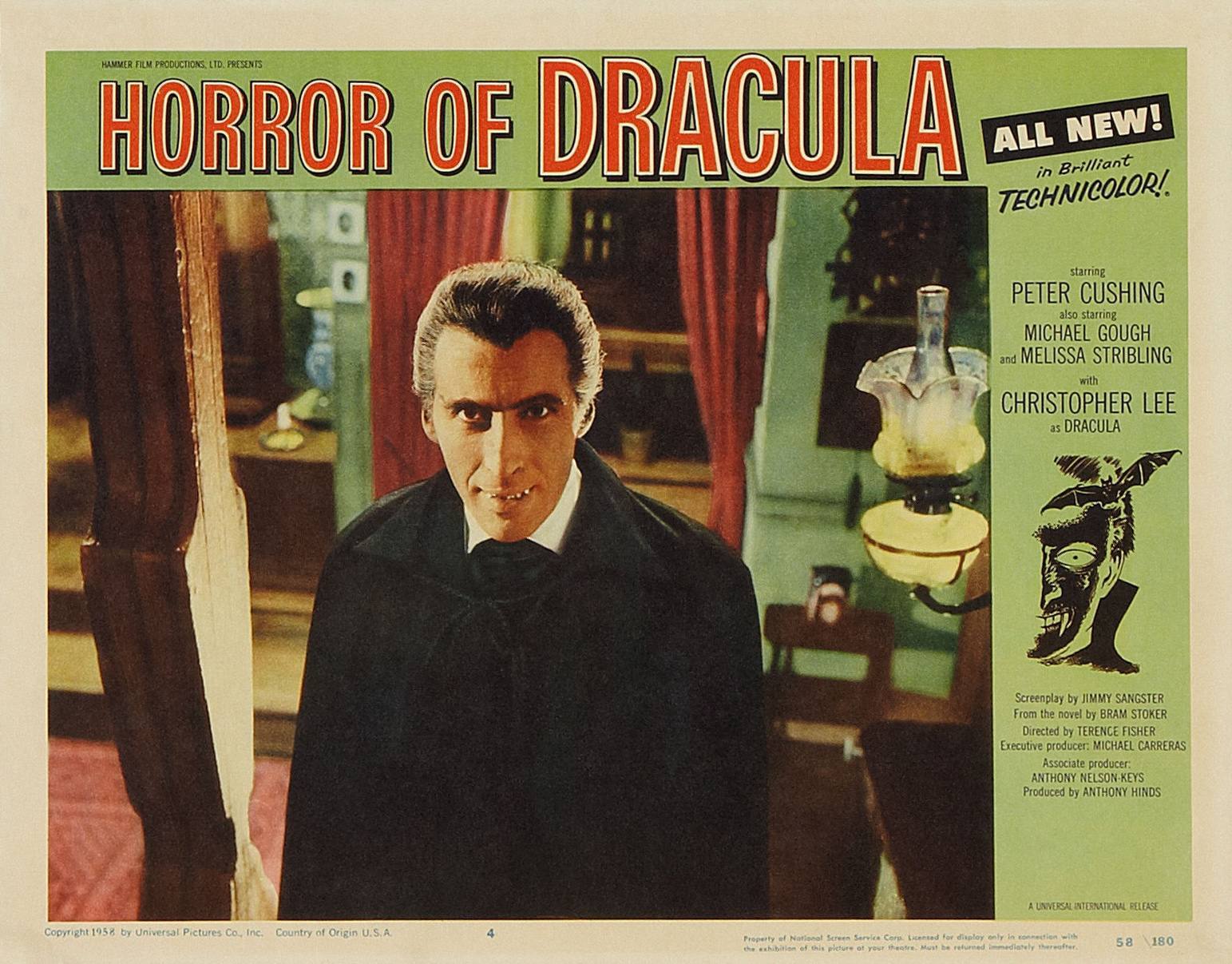 Horror of Dracula was the American title of Dracula so as not to confuse with the original 1931 Bela Lugosi Universal version.

Made with a budget of £81,412, the filming of Dracula began in November 1957. Peter Cushing played the vampire hunter Van Helsing and Christopher Lee Count took the role of Dracula (he would play the infamous vampire another nine times in his career). The film established their reputations as horror actors for ever. Directed by Terence Fisher it followed his  successful The Curse of Frankenstein released the year before.  The movie was a huge success and broke box-office records in the UK, the United States (released as Horror of Dracula) and across the world.

Sinclair McKay wrote in the Spectator about the film:

To some, the spectacle of heaving bosoms, goblets and hideous bloodshot eyes might simply signify an average night out in Boujis. For the rest of us, however, these are the amusingly persistent leitmotifs of Hammer Horror — together with brightly lit Transylvanian inns, horses clattering through Home Counties woodlands, huge fangs and glass paintings of distant castles.

When the second draft of Dracula was submitted to the British Board of Film Censors they replied:

The uncouth, uneducated, disgusting and vulgar style of Mr Jimmy Sangster [scriptwriter] cannot quite obscure the remnants of a good horror story, though they do give one the gravest misgivings about treatment. […] The curse of this thing is the Technicolor blood: why need vampires be messier eaters than anyone else? Certainly strong cautions will be necessary on shots of blood. And of course, some of the stake-work is prohibitive.

It was the blood, seen in glorious Eastman colour that got crowds flocking to the cinemas. 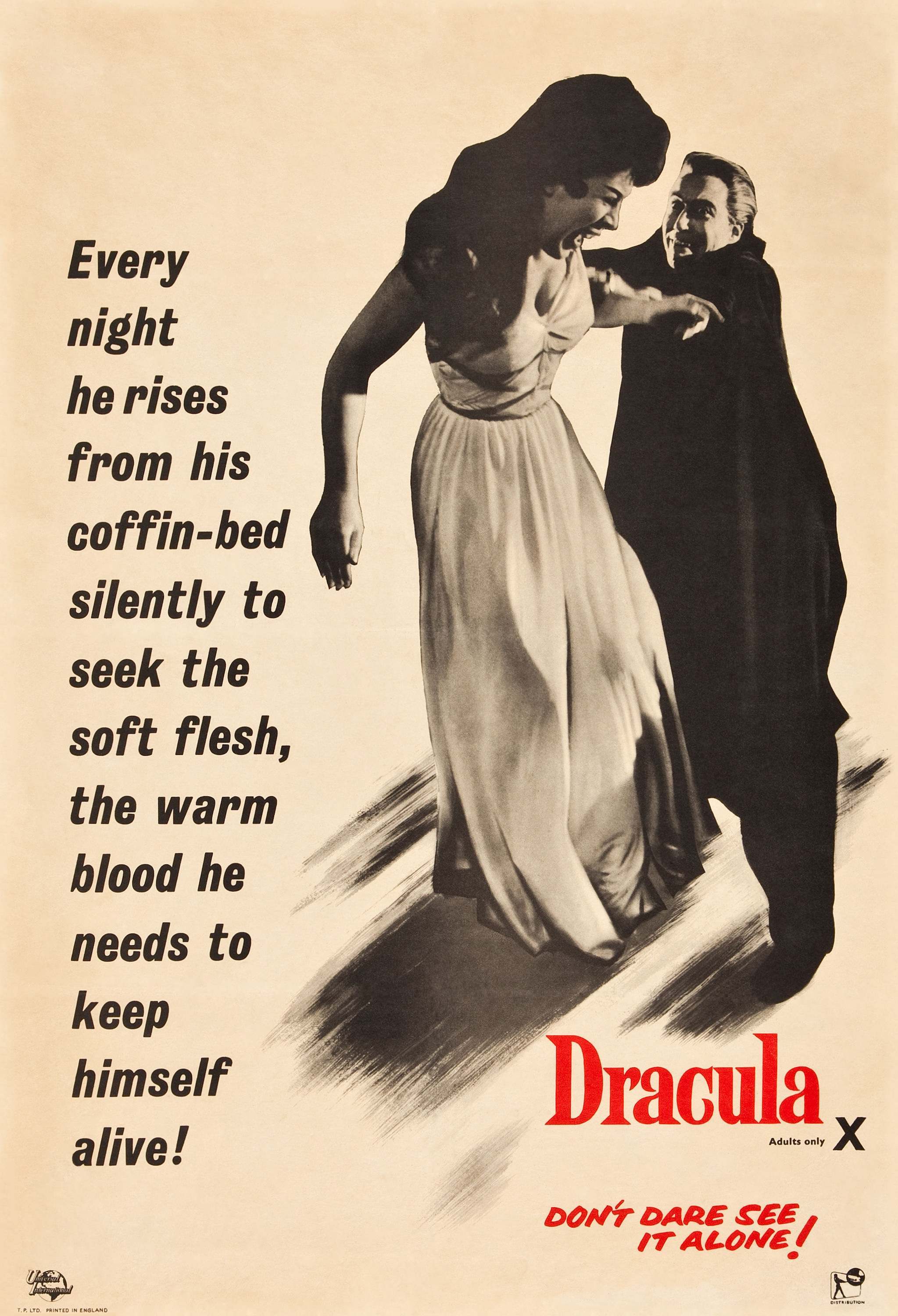 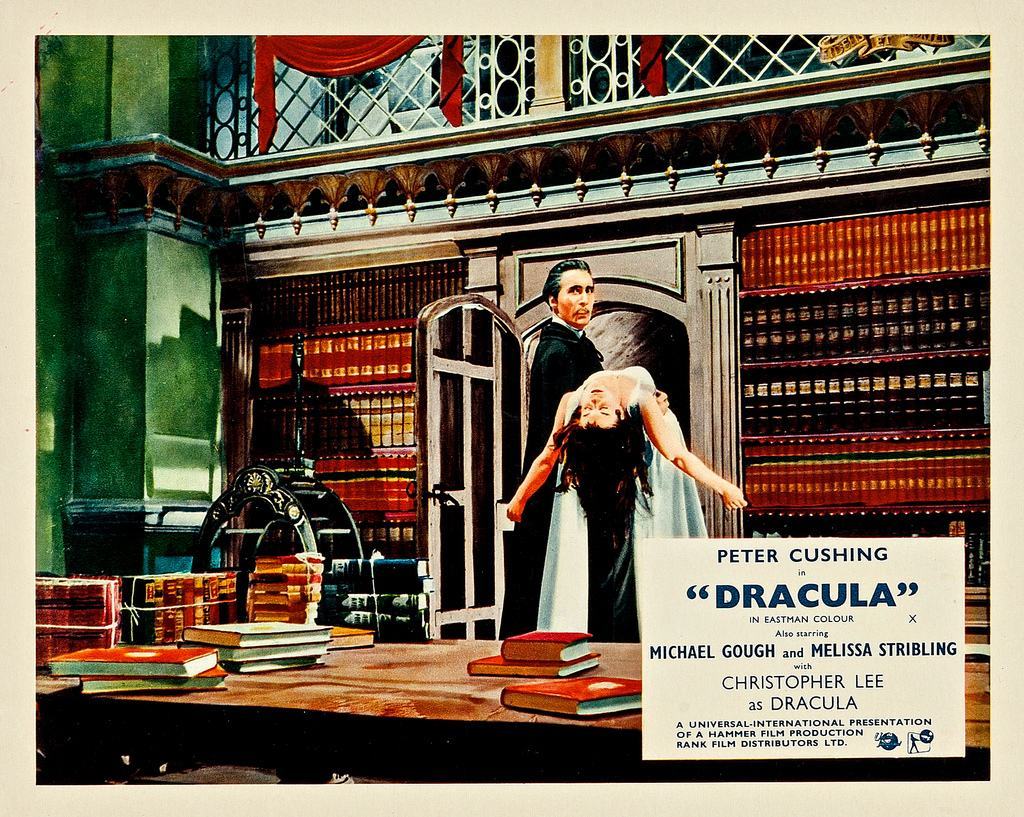 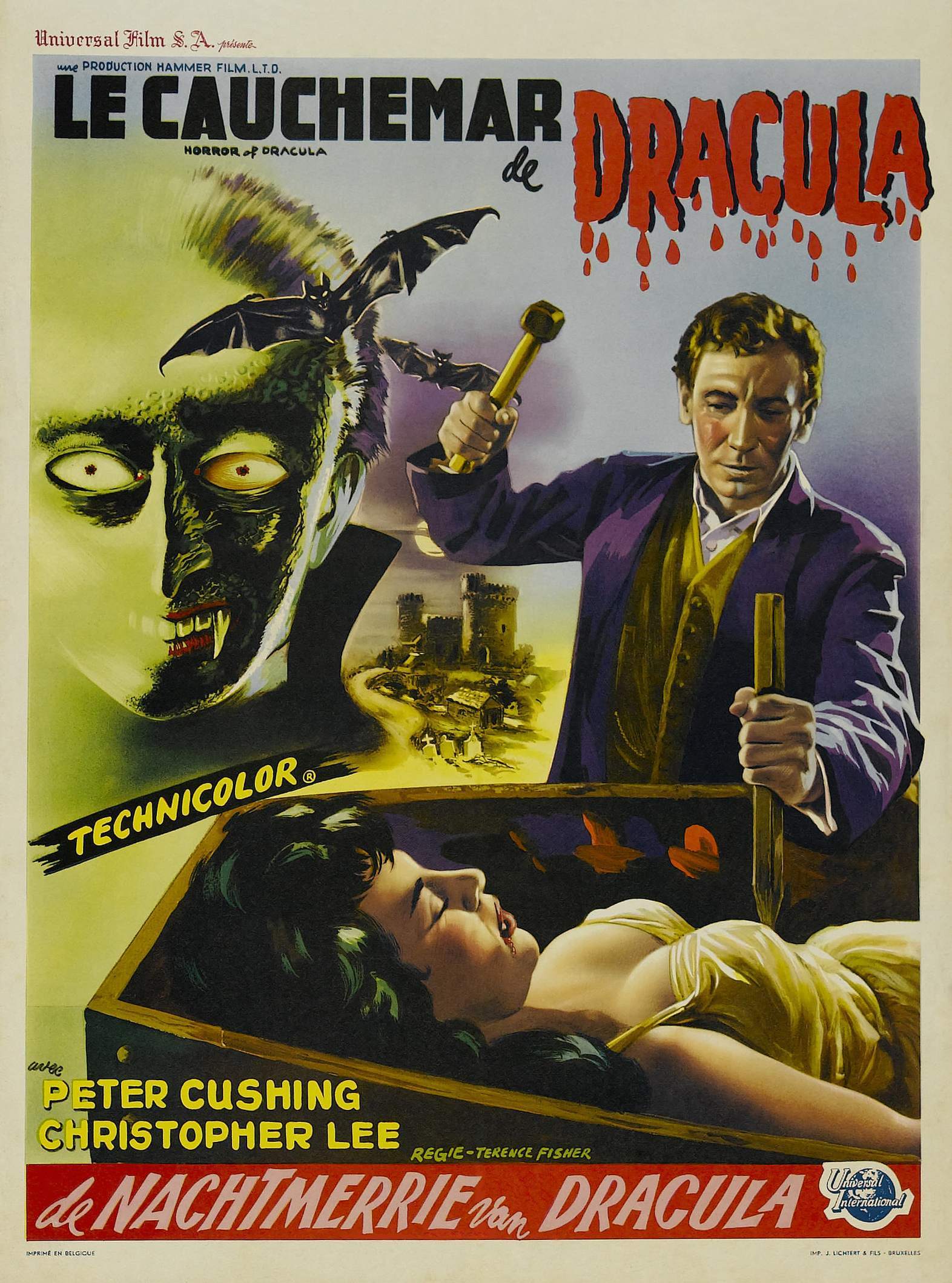 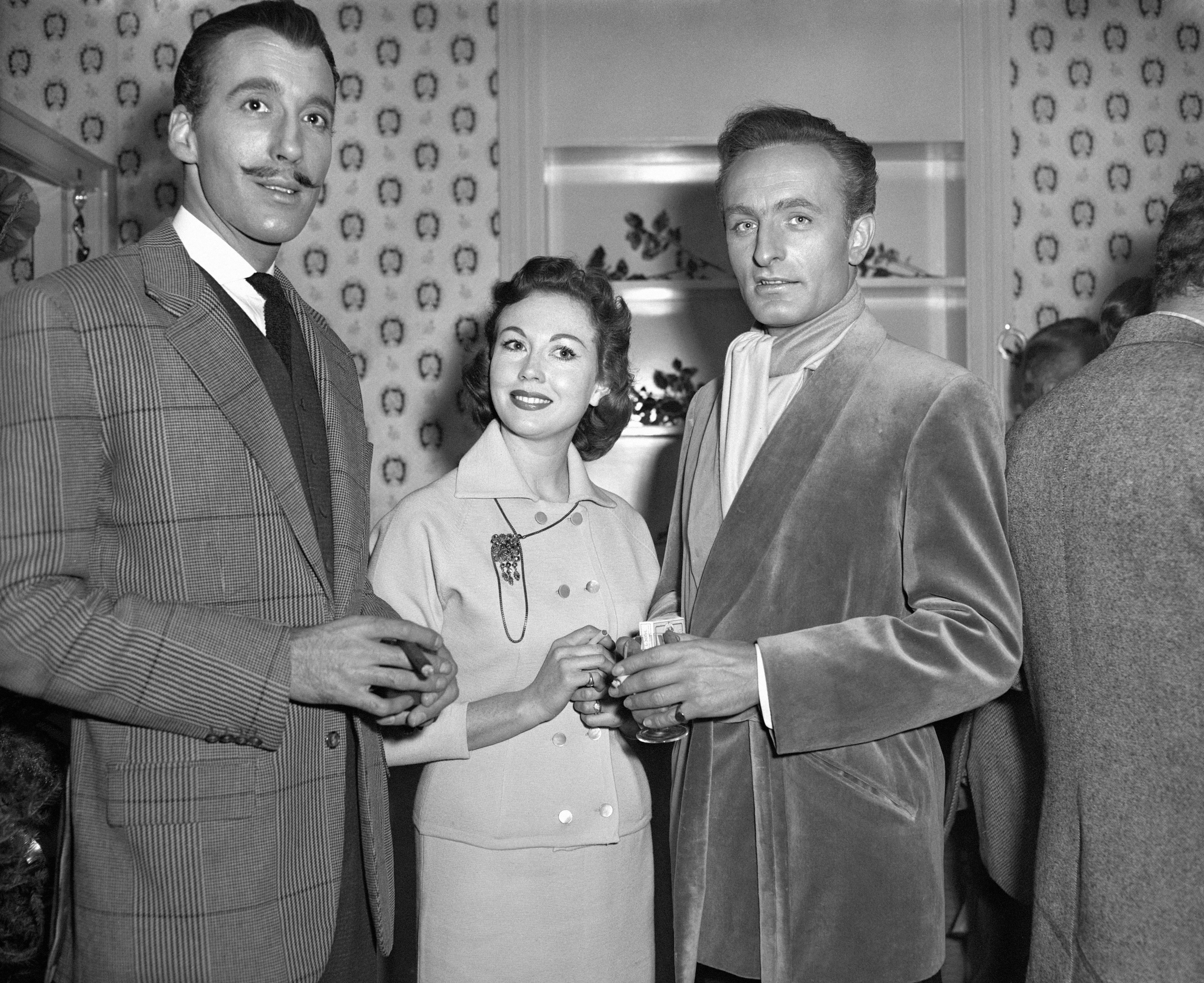 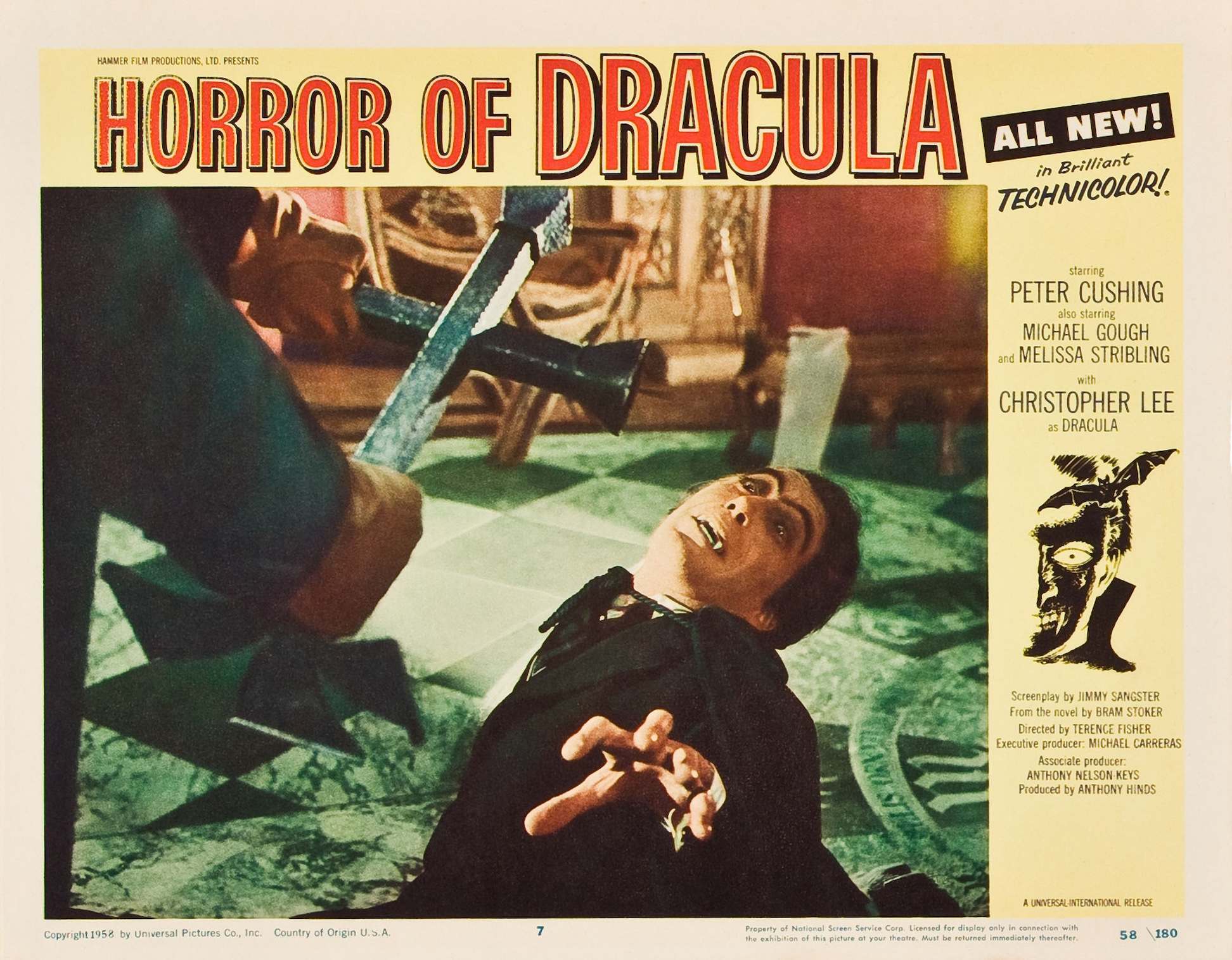 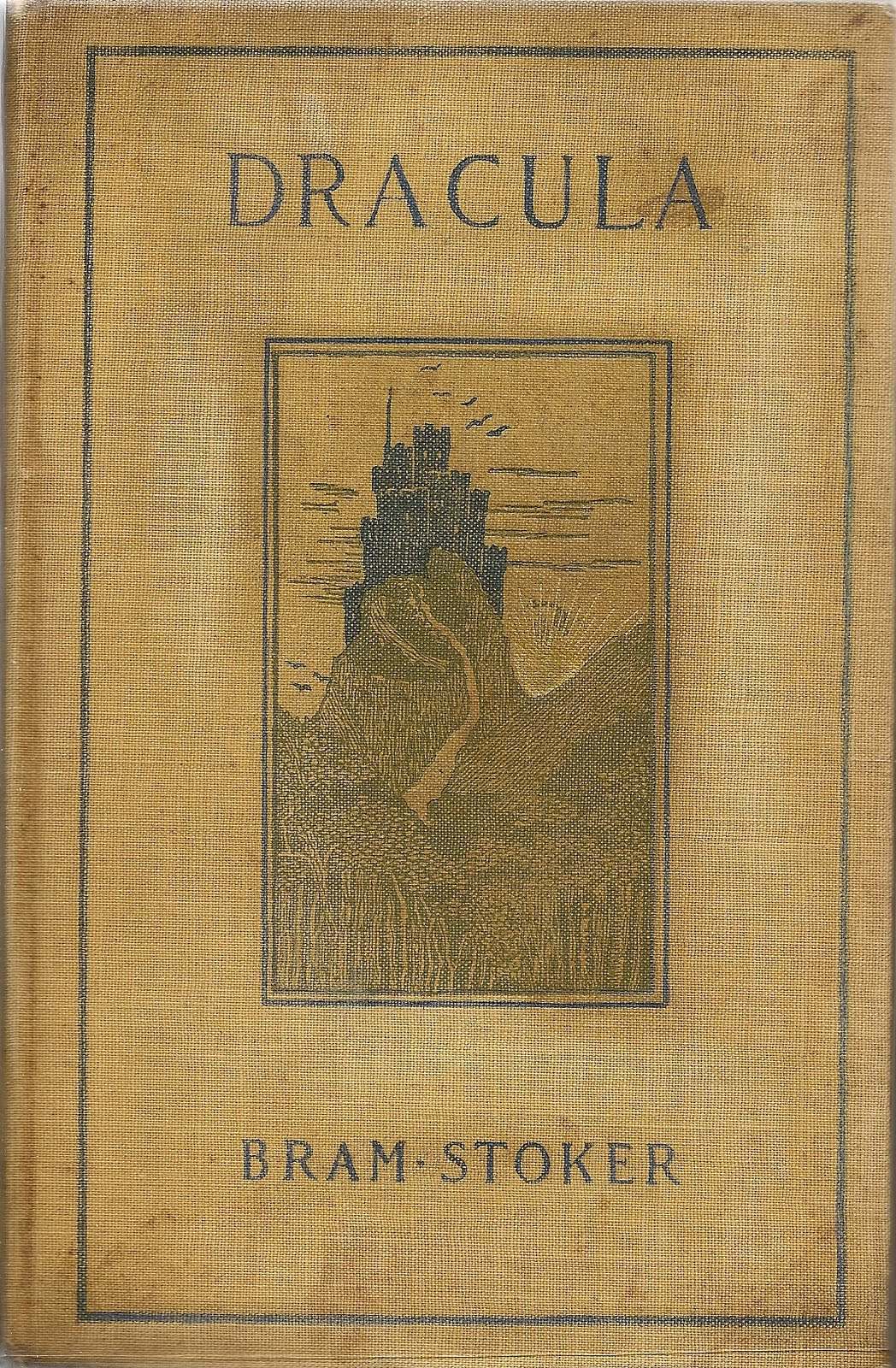 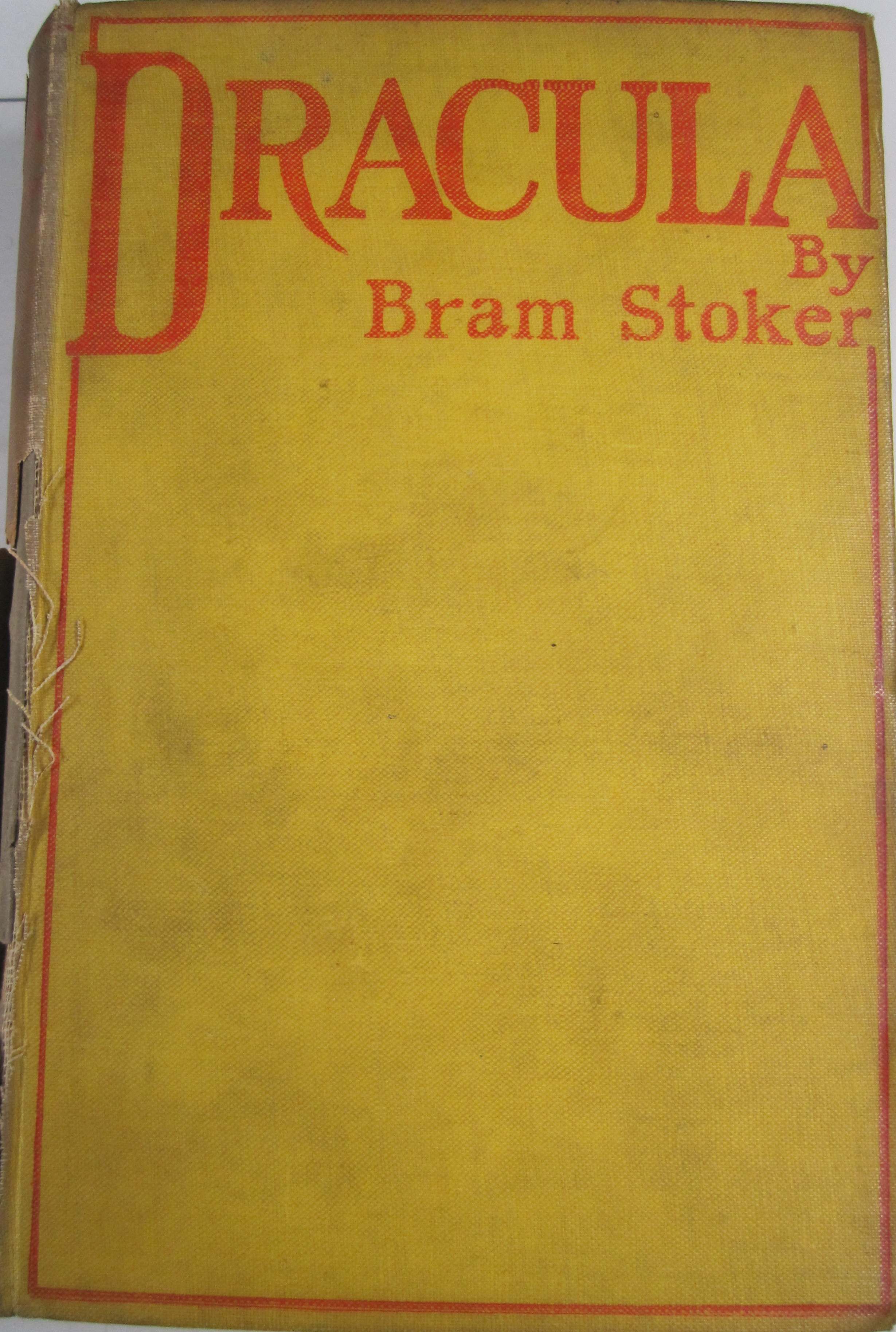 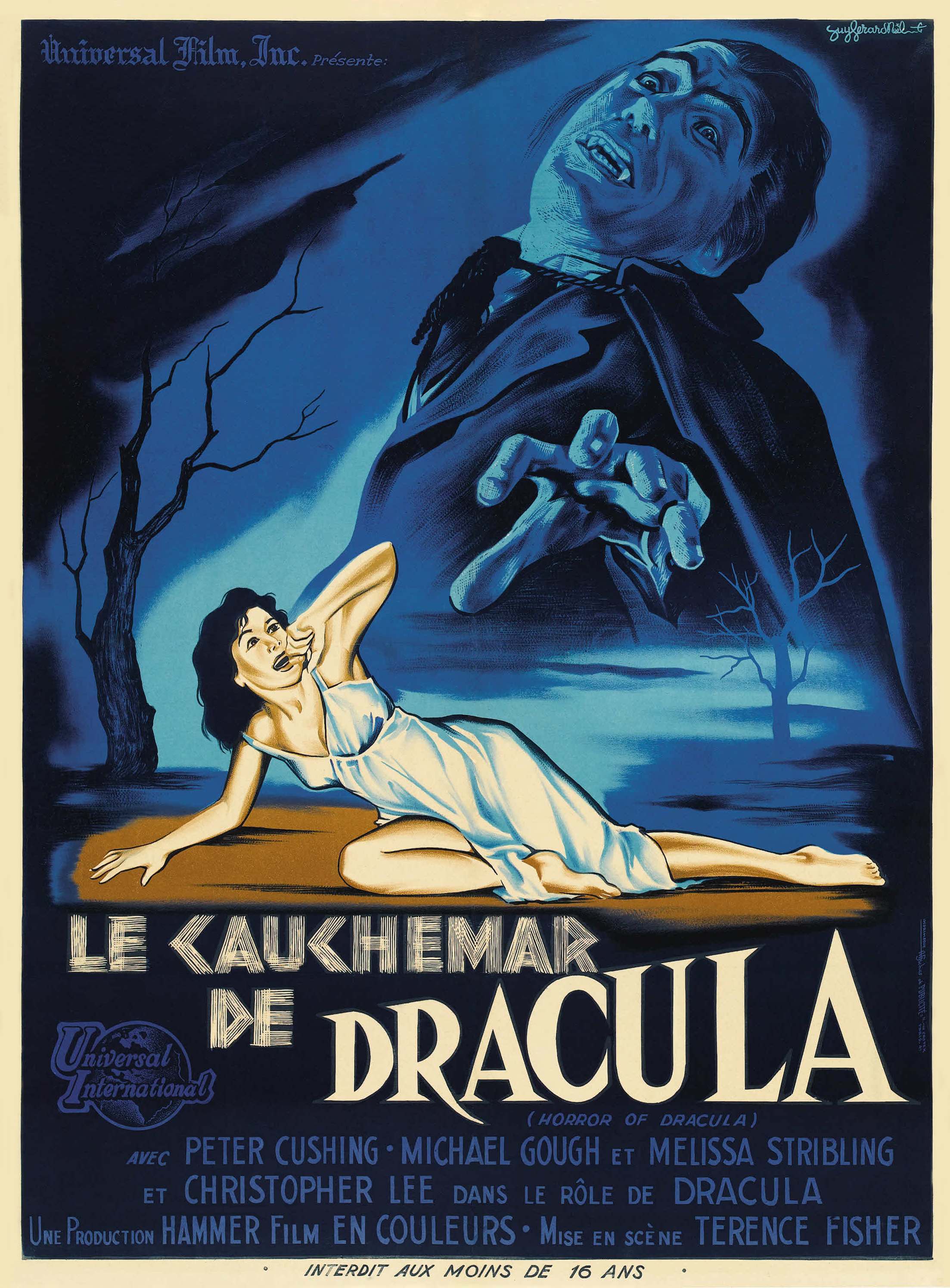 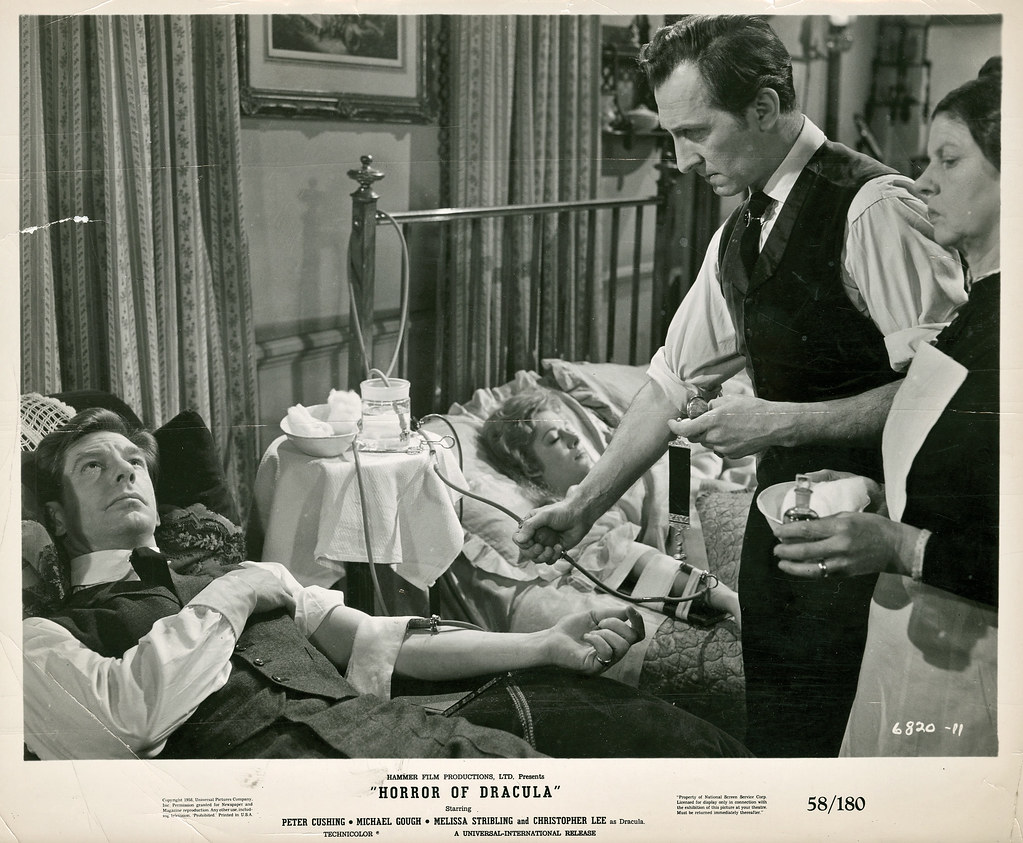 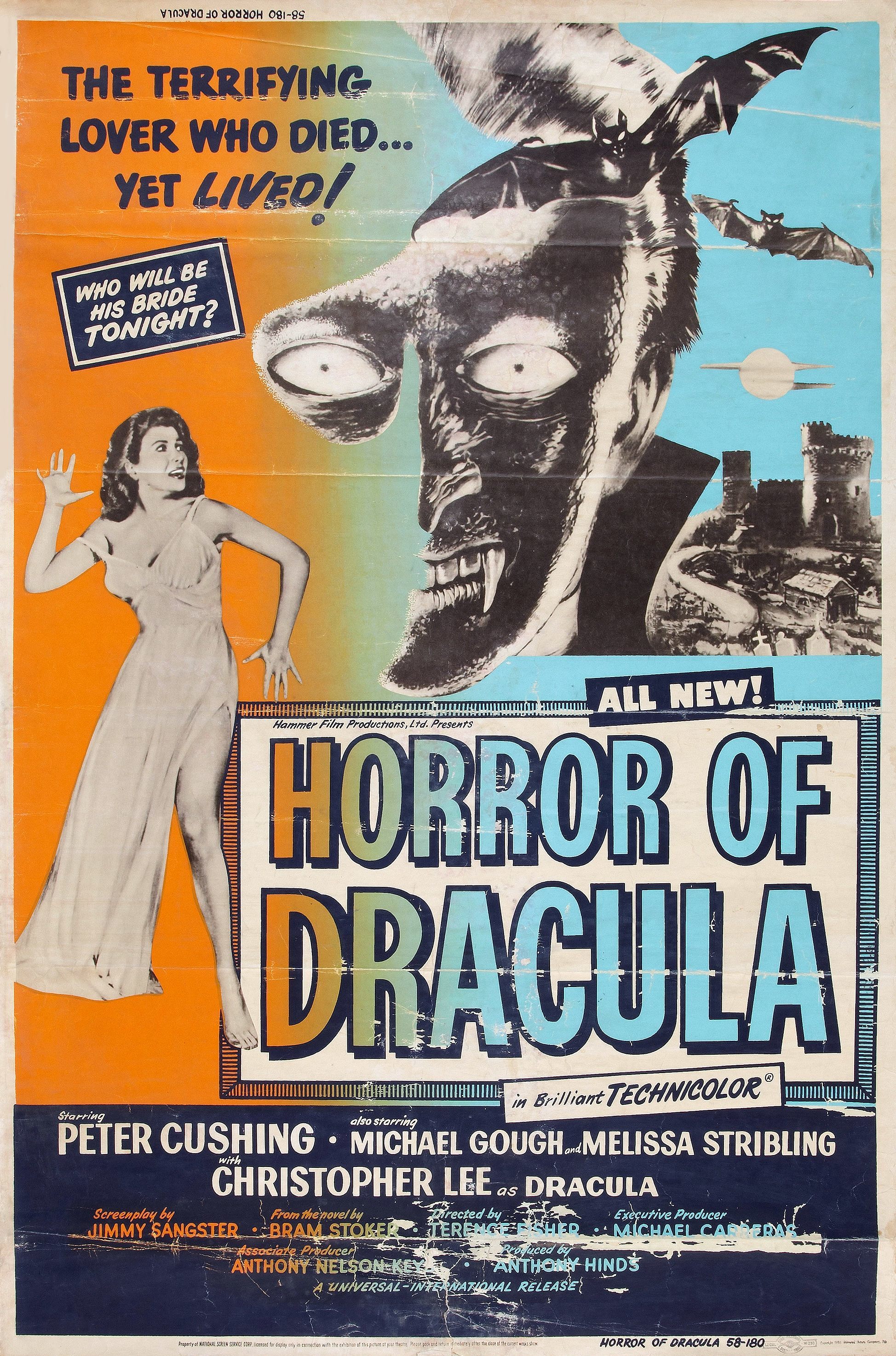 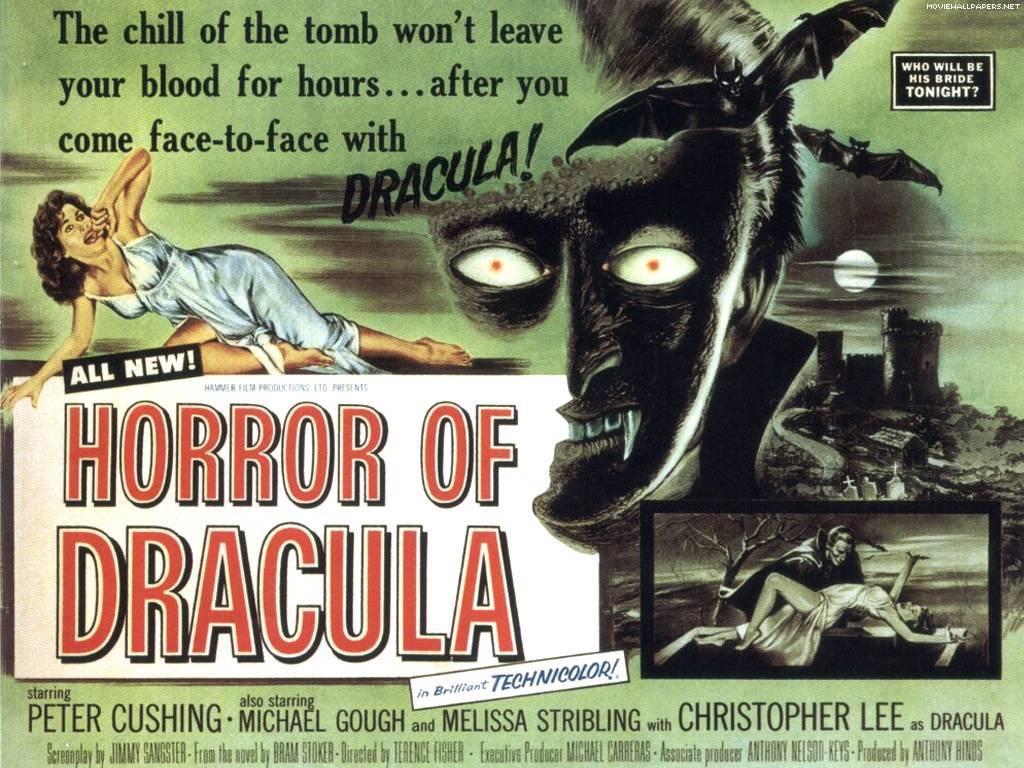 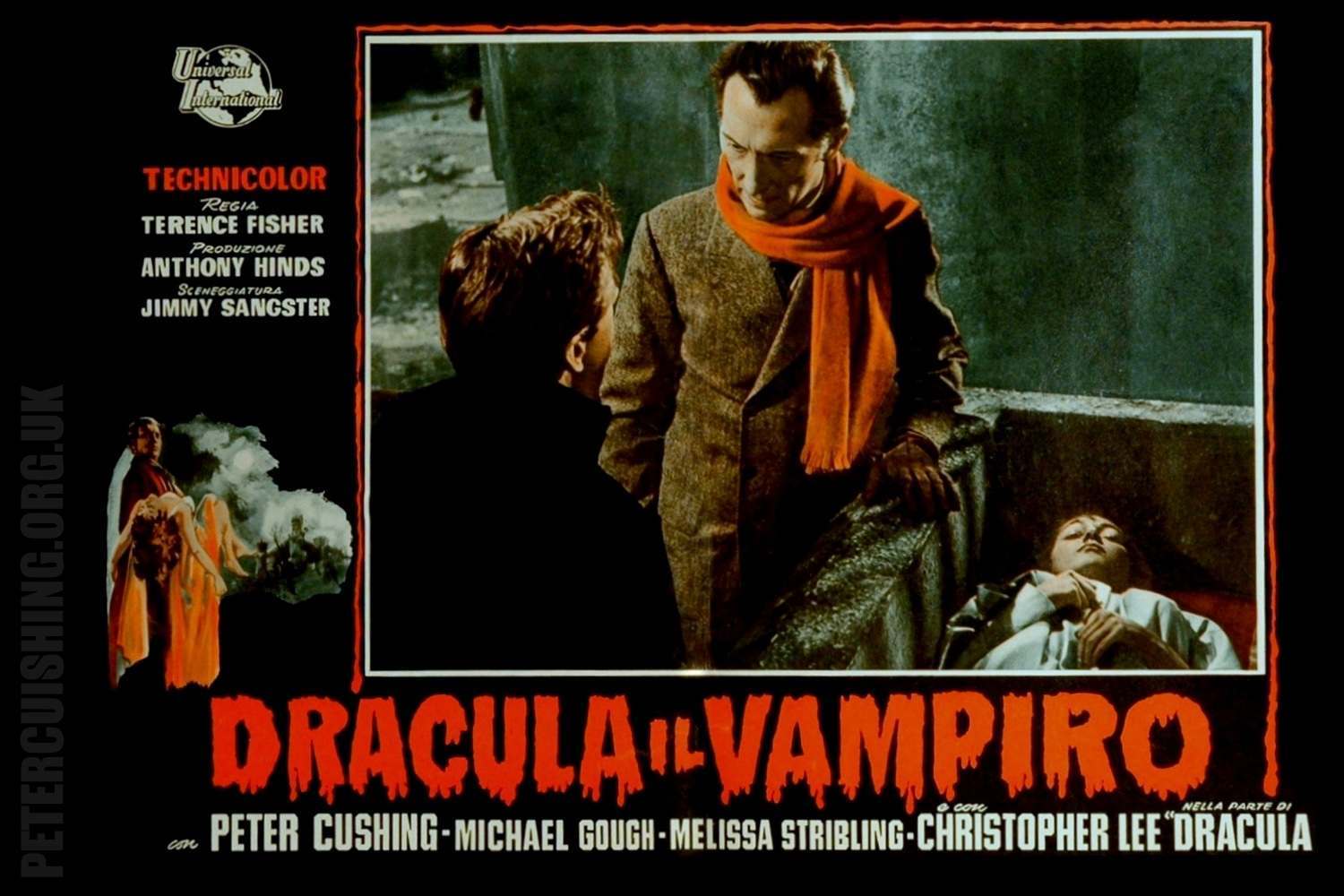 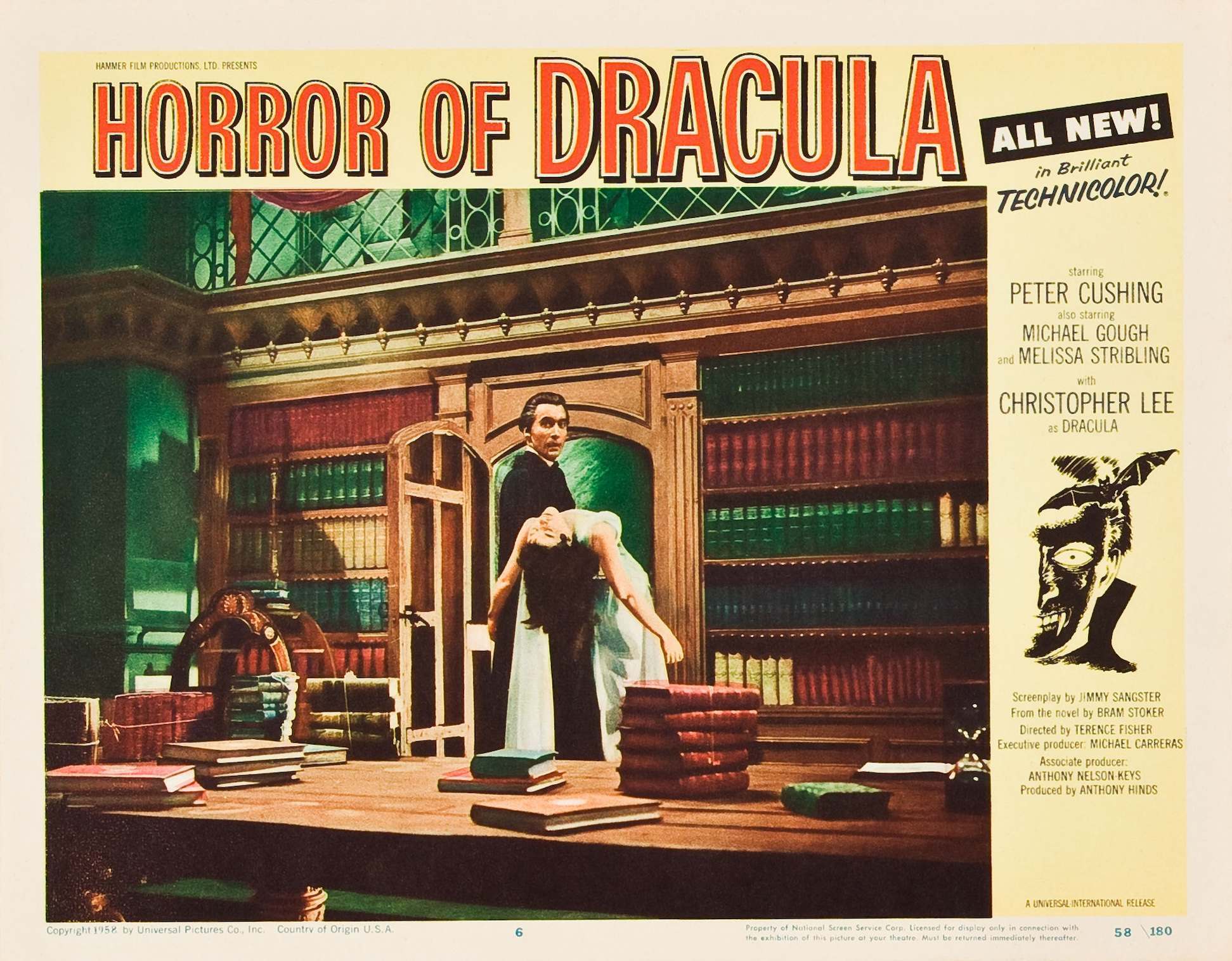 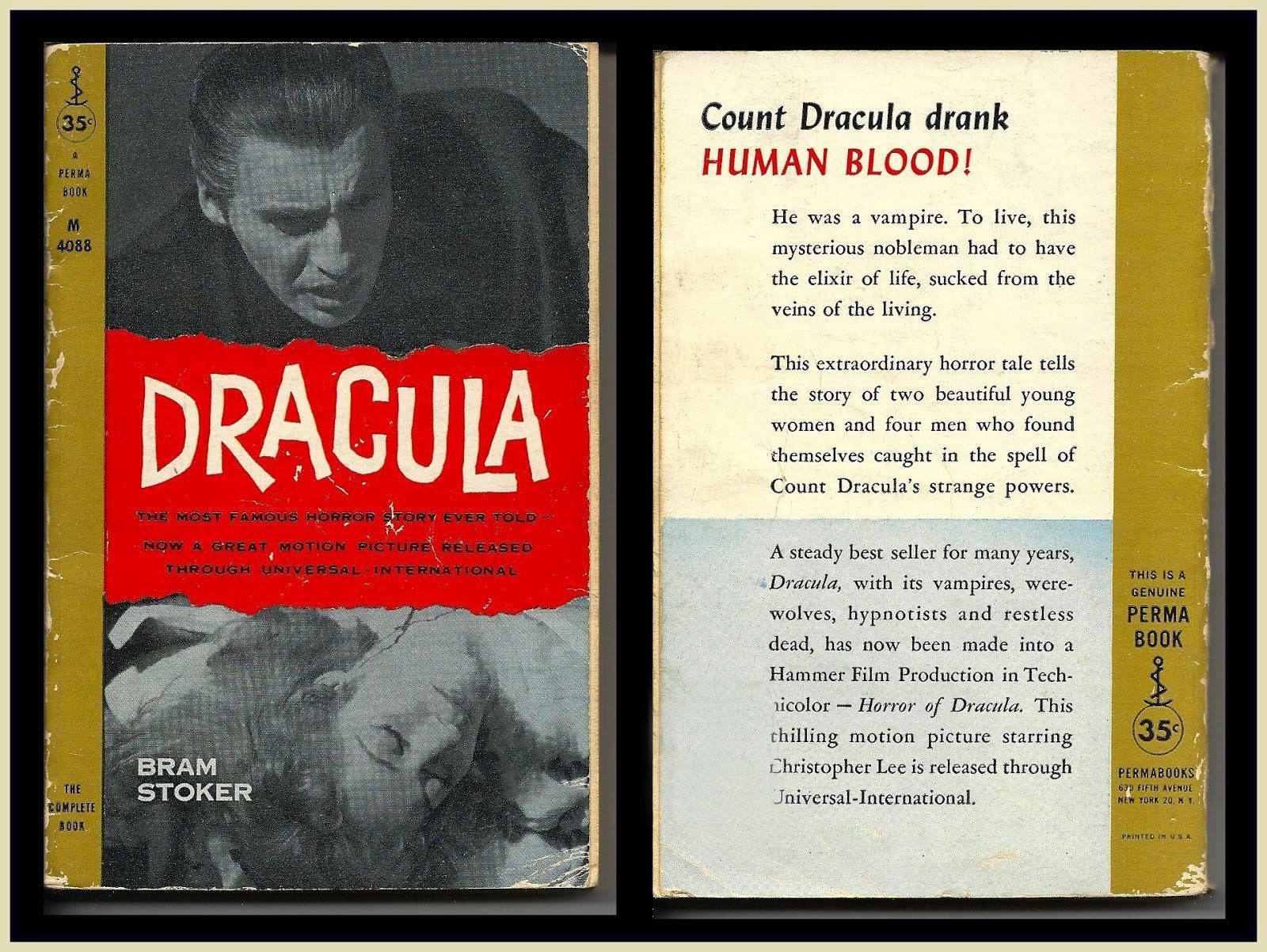 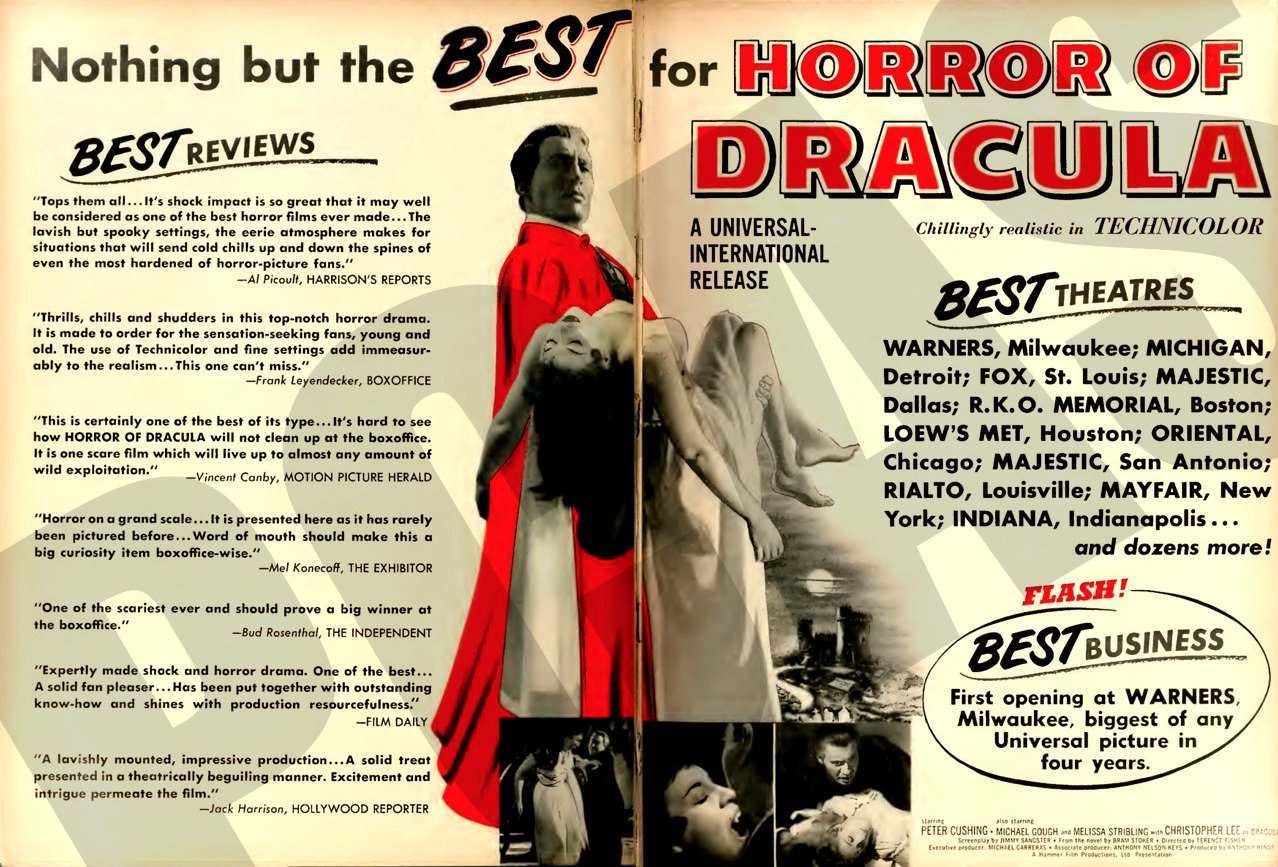 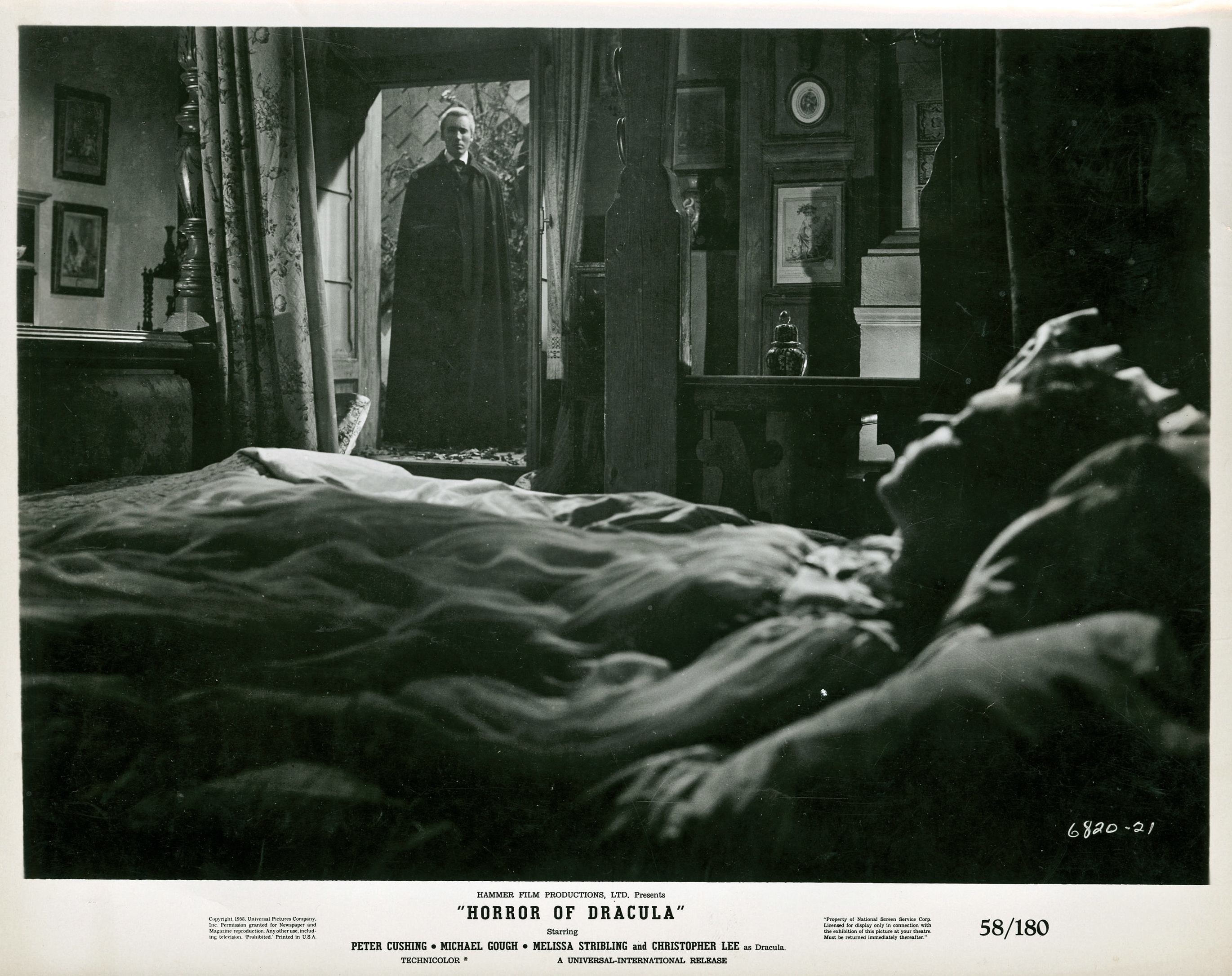 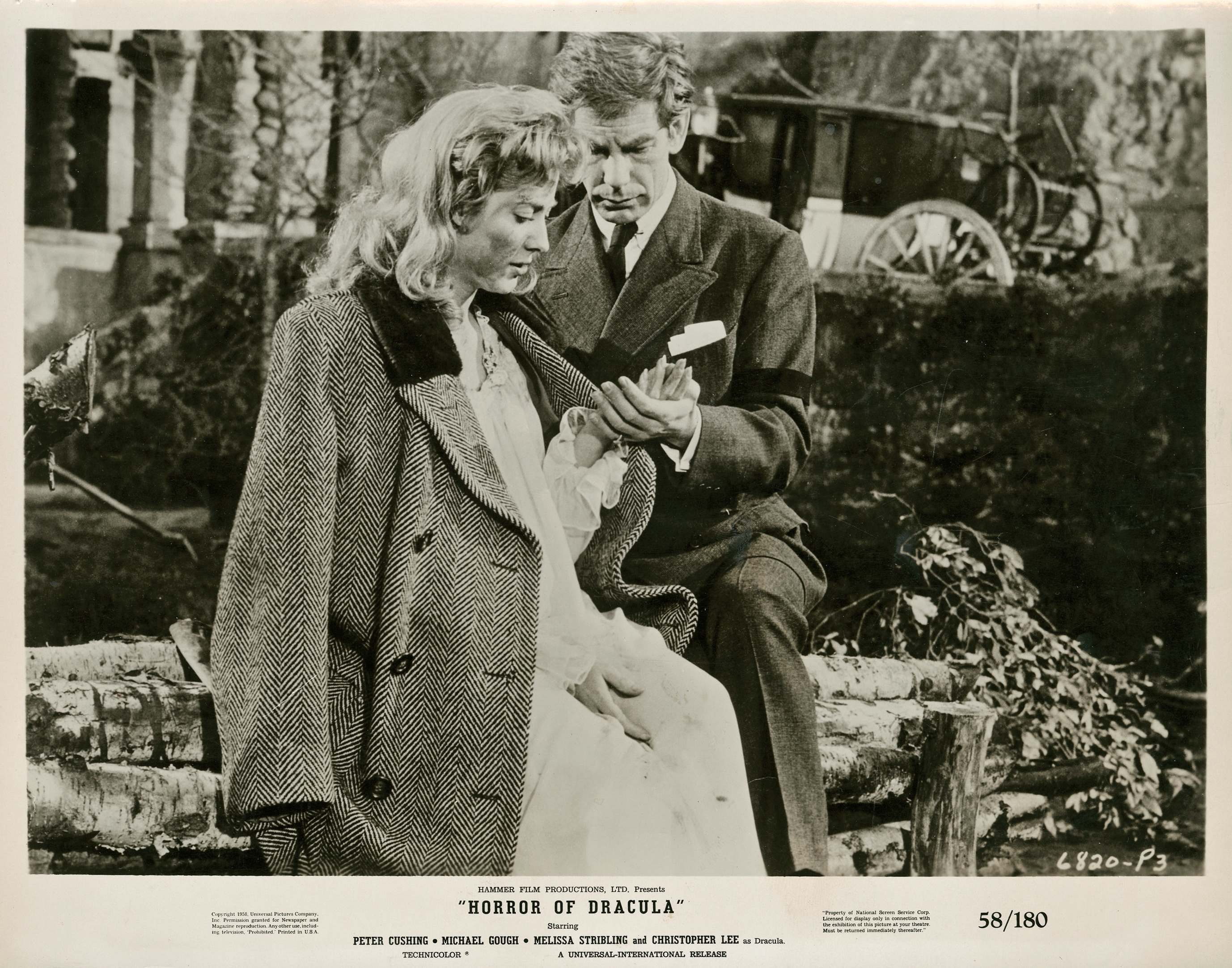 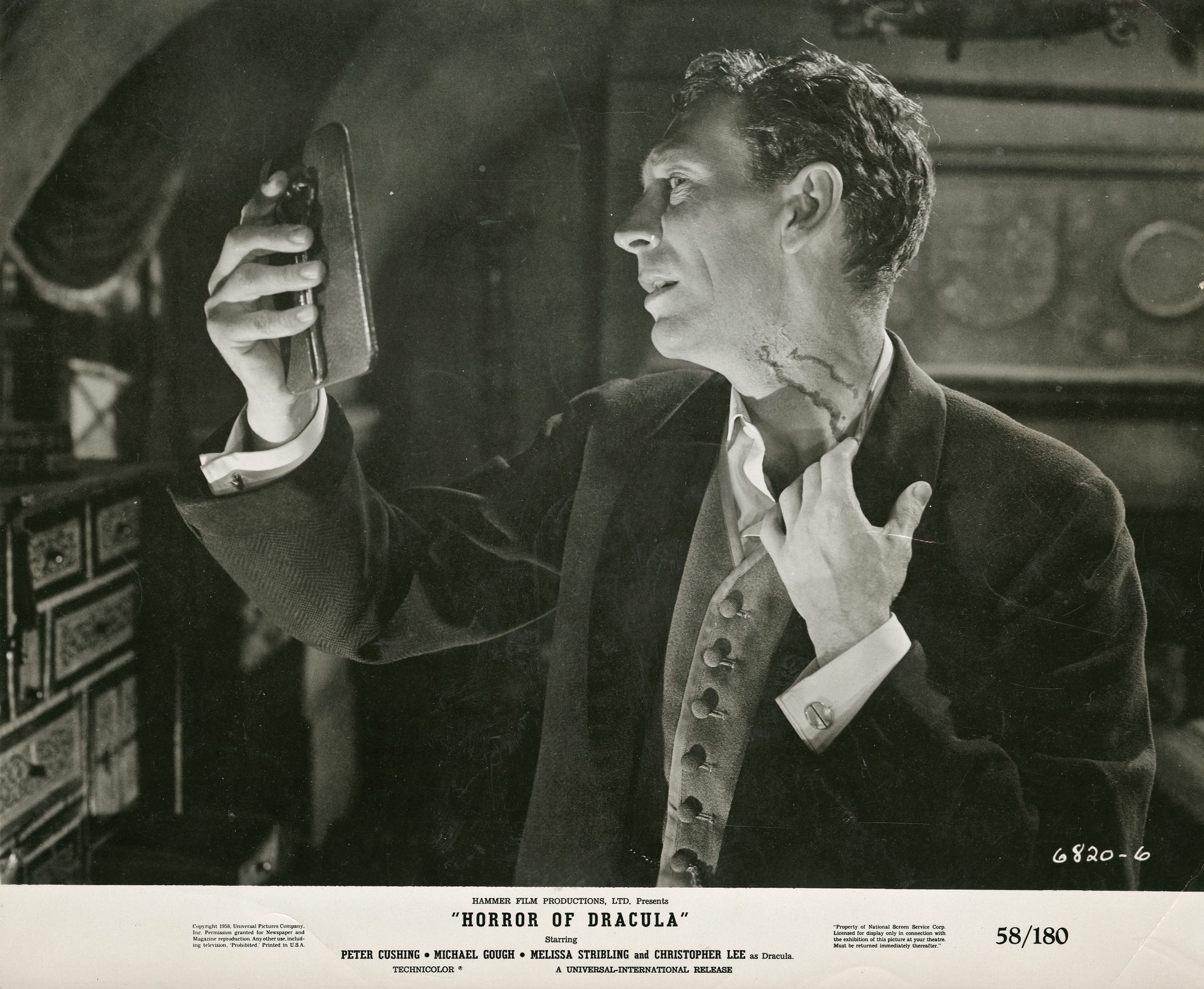 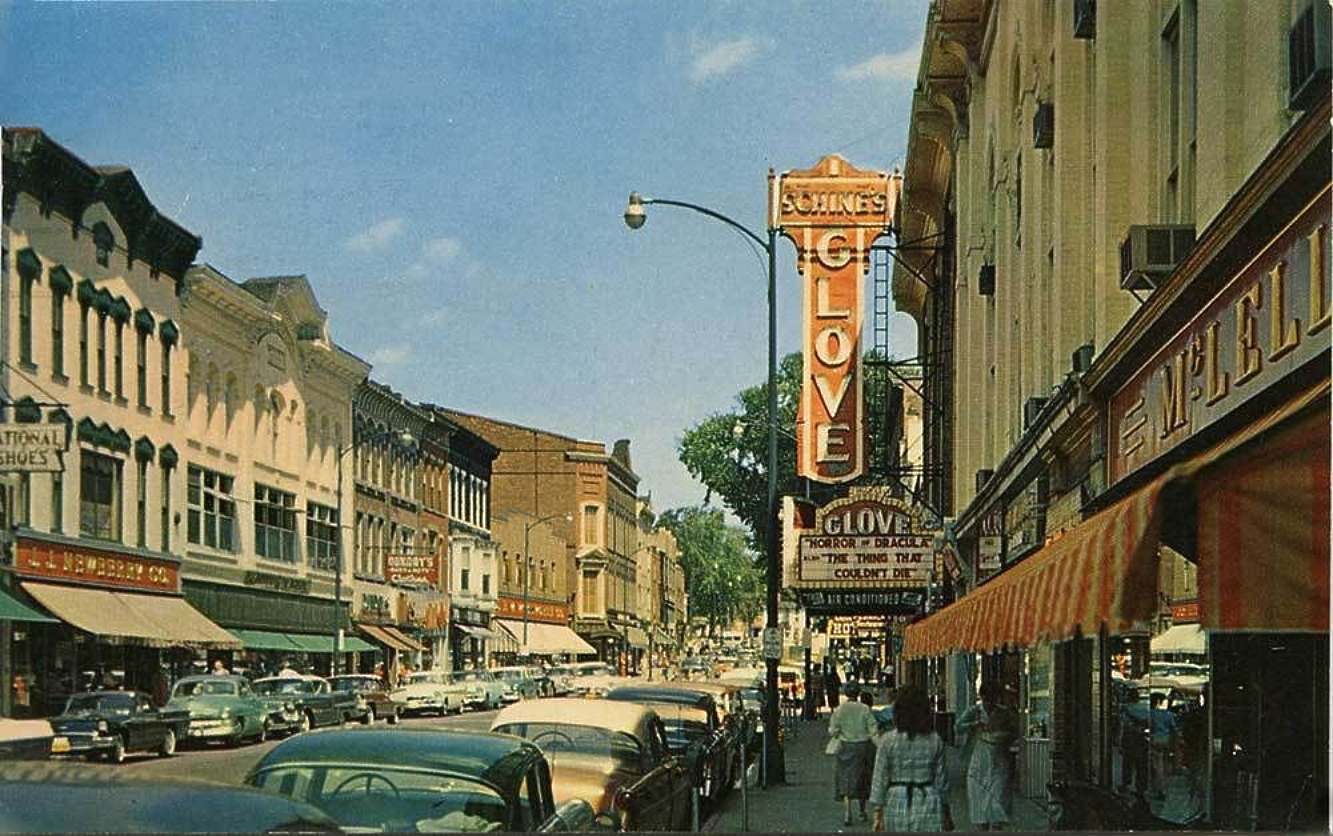 Horror of Dracula being shown at Gloversville, NY in 1958.