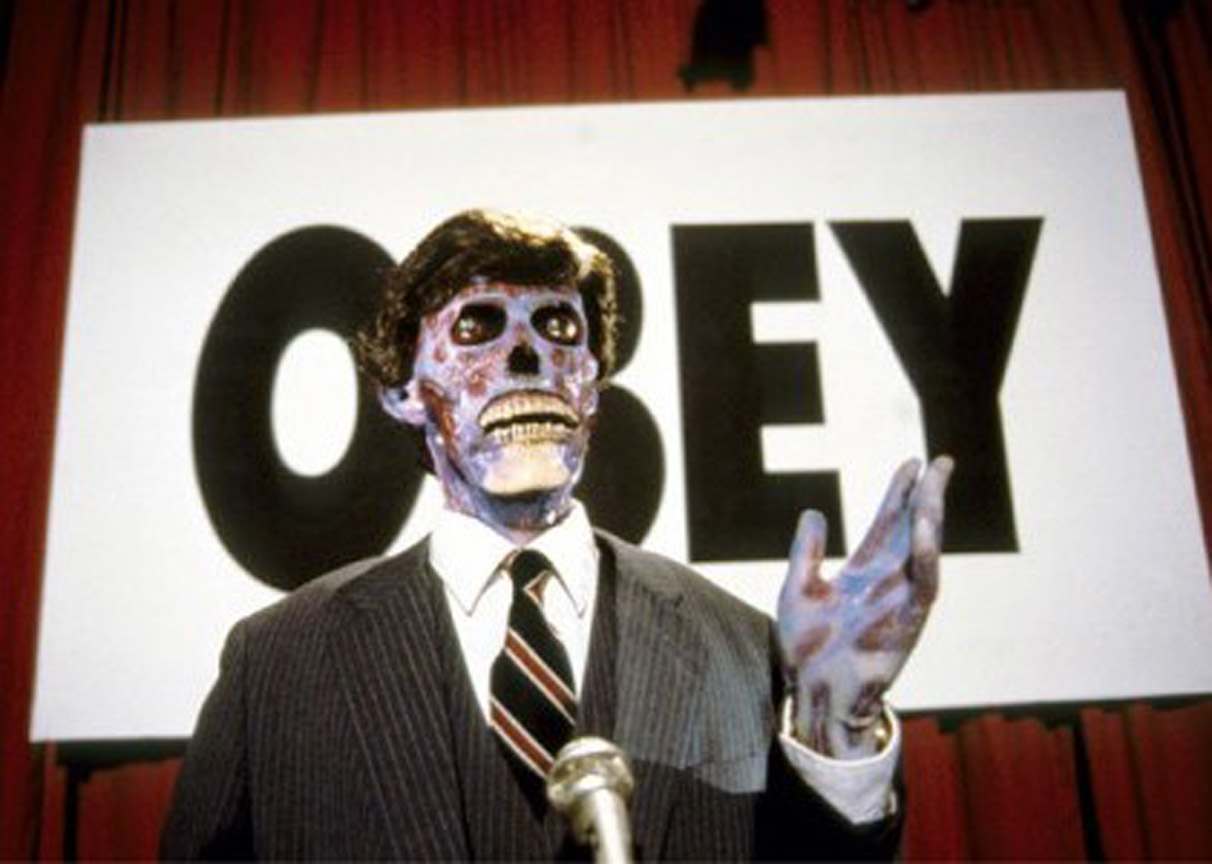 The term “yuppie” came into fashion in America in the early 1980s to describe “young, upwardly mobile professionals.”

But in less formal sounding terms, yuppies were soon widely characterized in the pop culture by a powerful love of two things: extreme wealth, and themselves.

Newsweek Magazine proclaimed 1984 the “year” of the Yuppie, but that was probably the high point for the movement.  Ever since the 1990s, the term yuppie has widely been considered a term of derision, and an explicit reminder of the worst Gordon Gekko-like excesses of the Eighties.”

Although modern horror films such as American Psycho (2000) also dissect the Age of the Yuppie in wicked terms, a number of horror films actually took on Yuppies much earlier than that..

Here are five horror films that observed the worst qualities of Yuppies and their world view and took them on…in their heyday. 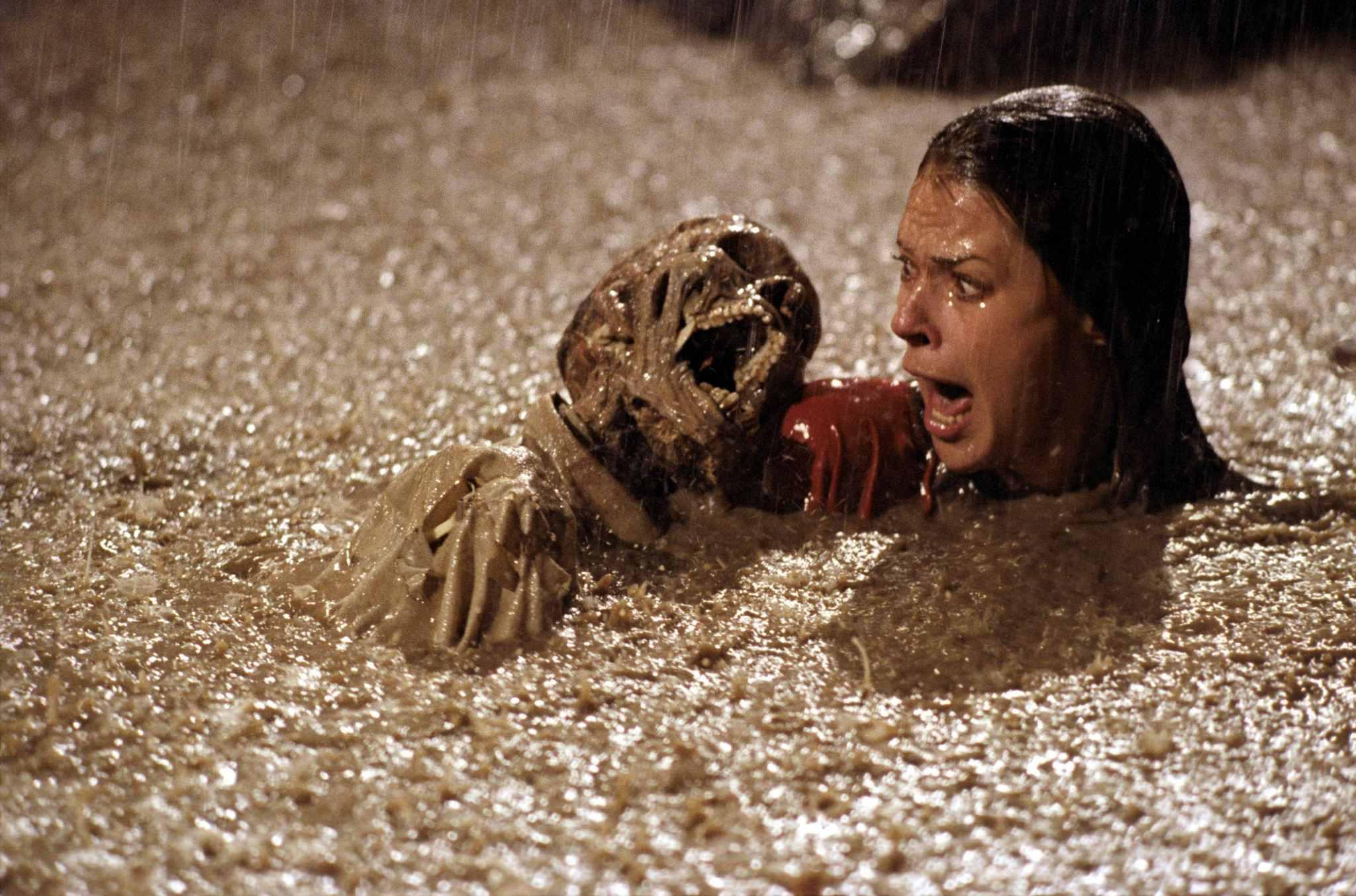 This Spielberg-produced horror film from director Tobe Hooper is set in Yuppie suburbia in the 1980s, and features an upwardly mobile family, the “Freelings” that soon discovers its fancy tract house is the hub of a haunting.

Mr. Freeling (Craig T. Nelson) — reader of Reagan: The Man, The President — soon learns the source of the haunting. His real estate company bent the rules to make more money, and do so in short order. In cutting corners, the company constructed a modern suburbia over the graves at an old cemetery…only moving the headstones.

Those spirits wronged by this corrupt business practice now threaten to destroy the Freeling family and its very home.

In other words, spectral revenge “trickles down” upon a suburban family in Poltergeist, the aptly-named Freelings because they have profited unknowingly from a corrupt business practice.

John Carpenter’s horror film chews bubble gum and kicks yuppie ass.  Here,  a homeless, unemployed man named John Nada (Roddy Piper) discovers the world as it really is: a black-and-white universe in which humans are implored, through hypnotic imagery, to “marry and reproduce,” not to mention “consume” products, thus keeping an alien economy afloat.  And on dollar bills is inscribed the secret message: “This is your God,” a mantra which fits perfectly with the Yuppie perspective.

In this world, justice (in the form of Justiceville) is plowed over by police forces, and the New Golden Rule of the age is “He who has the gold rules.”

They Live suggests that our politicians and millionaires are actually vulture-like, skeletal extra-terrestrials planning to use up our world and then throw it away after they get everything they want.  They are colorizing our movies, censoring them (in the form of Siskel and Ebert’s horror-hating reviews), and putting people “to sleep” with vapid television.

The radical solution to the Yuppie world-view, according to Keith David’s character, Frank? 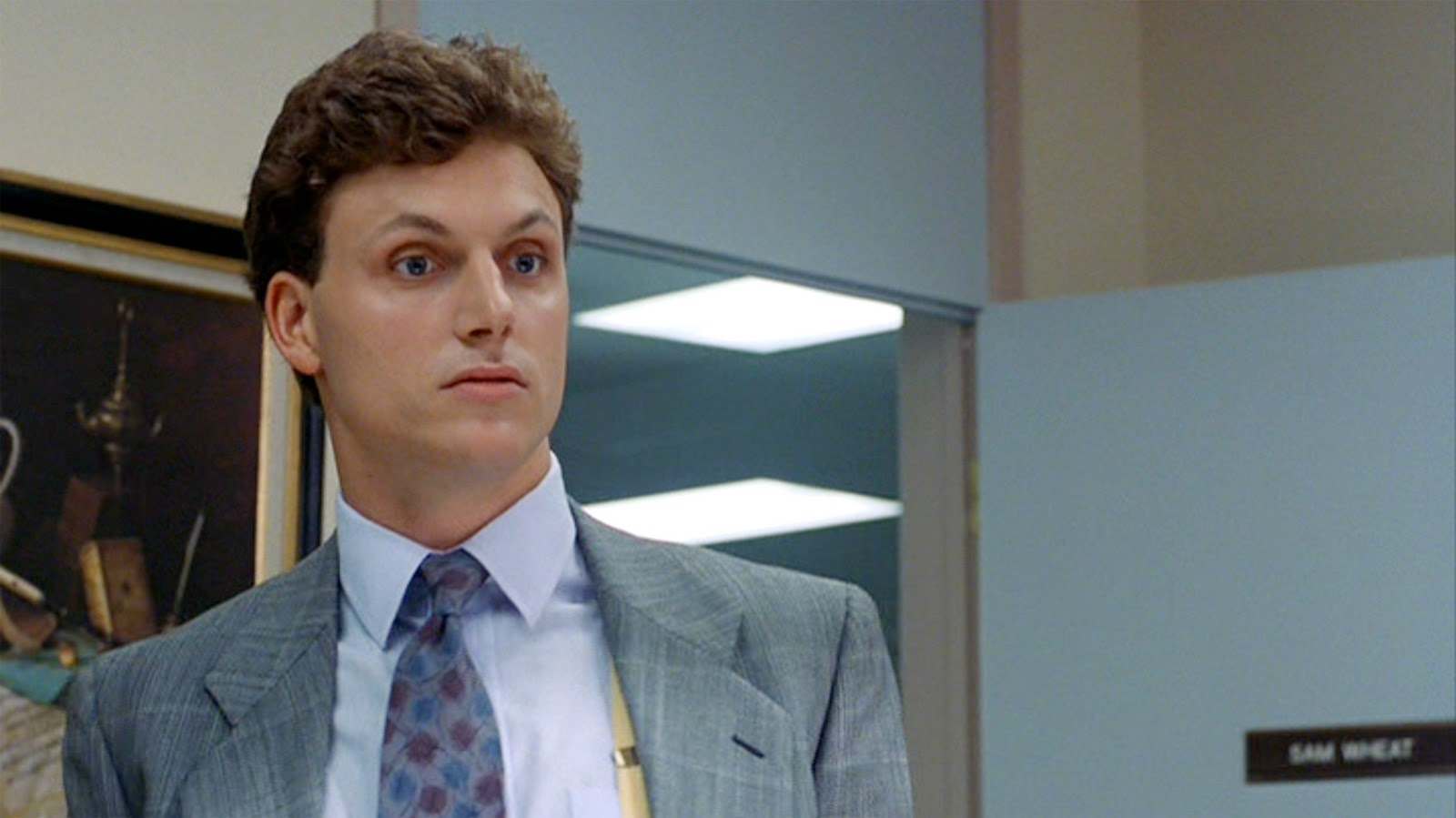 Is Ghost a horror film?

Well, it certainly is to the yuppie Carl Bruner, played by Tony Goldwyn, who gets dragged to Hell after choosing personal wealth over personal friendship.

In short, Ghost concerns America’s awakening from the corrosive age of the yuppies, and an acknowledged that the wealthy — though blessed in this life — can’t buy their way into Heaven in the next.  Paradise is not for sale.

The whole movie is framed in explicitly Wall Street terms. Patrick Swayze’s character, the wholesome-sounding Sam Wheat tells his girlfriend (Demi Moore), for example, that he doesn’t want “the bubble to burst” in their relationship, putting a matter of the heart in financial lingo.

Later, Carl, a denizen of Wall Street must kill Sam rather than risk getting caught over a money laundering scheme. His choice, therefore is to put money ahead of people, and you can ask Suze Orman: that’s a no-no.

In the end, Sam learns that “you take the love with you” to the Afterlife, but not the corner office or your stock options.

According to Ghost, then, real upward mobility is not about money or power or even yuppie material belongings, but rather a life of connection and morality, well-lived.

Five yuppie doctors-in-training (Kiefer Sutherland, Julia Roberts, William Baldwin, Oliver Platt and Kevin Bacon) test the boundaries of death with a dangerous medical experiment. The leader of the group, Nelson (Sutherland) believes he is untouchable and that nothing he does “matters” in a cosmic sense, thus allowing him to pursue his vanity: a Time Magazine cover story with himself as the man who beat death itself.

But once these doctors visit the other side, they bring their sins back with them, and Kevin Bacon’s character, Lobraccio over-turns the yuppie belief system.

“Everything we do matters,” he establishes.  Stecker (Platt) agrees with him, and notes that they are all being “paid back” for “their arrogance.”

Again, the key idea here is that there is a higher order to the universe than the self-love and pursuit of wealth set down as markers by the Yuppie Movement.  Fame and celebrity don’t erase sin, and the film’s world of perpetual sunset and apricot autumn seems to capture the idea of an era’s end as Yuppiedom falls (or at least becomes unpopular…). 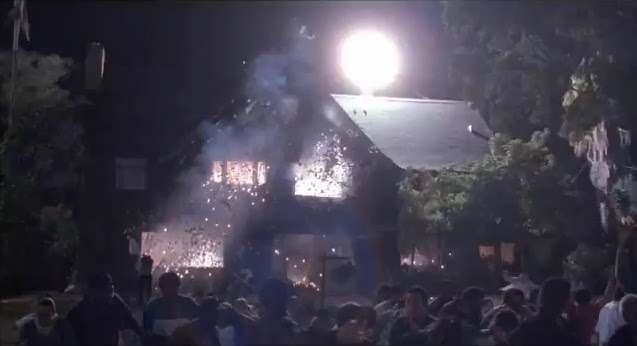 In an issue of Cinefantastique in April of 1992, film scholar Thomas Doherty noted that this Wes Craven film “takes dead aim at the racial divisiveness and class warfare” of the 1980s. Here, an African-American boy called “Fool” (Brandon Adams) must resort to robbery to save his dying mother and pay for a necessary surgery.

Unfortunately, the house Fool chooses to rob belongs to a deranged, avaricious white couple (Everett McGill and Wendy Robie), wealthy slum lords who charge outrageous rent and instead of letting the money “trickle” down to the community, invest it in their twisted, bizarre world inside the house. These characters, importantly see “no community” around them…only dollar signs.

But Fool has the last laugh. He blows up the family’s wealth with dynamite.  The money returns to Earth like rain, wealth literally re-distributed it to the community from which it was taken.

At the film’s climax, the community stands together to stop the evil landlords and Craven’s film makes an important, anti-yuppie point: standing together for the common good is preferable, finally, to lining your own wallet. It’s better for the heart.