HERE are four albums which serve as starting points to murder stories. They range from factual to dodgy at best, but they are all interesting. The four stories include: (1) A Sonny Bono wannabe turned nurse killer, (2) an ex-stripper ventriloquist who witnesses the JFK assassination, (3) a fairy tale turned horror story, and (4) an urban legend of a screaming nude cover model that just won’t go away. Enjoy! 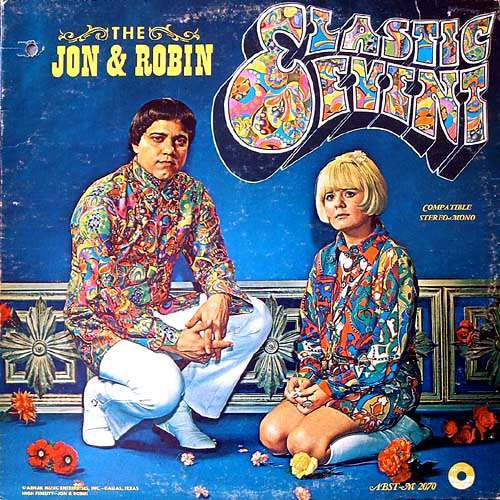 Jon & Robin were your standard pop duo of the late Sixties, specializing in groovy bubblegum psychedelia. Jon’s dad owned the record label, Abnak Records; so, naturally, his son was first in line to a recording contract (big mistake). I suppose dear-old-dad wanted them to be the next Sonny & Cher, but, alas, it was not meant to be. “Do it Again a Little Bit Slower” (1967) reached #18 in the US, but proved to be their only whiff of success.

The duo split up shortly thereafter, and poor Jon tried to continue his music career resulting in one failure after another. This ultimately contributed to his mental breakdown and he was checked into Presbyterian Hospital in Dallas, Texas. This is where fact and fiction intermingle, but the story goes that Jon starting getting it on with a psychiatric nurse. After he was released, they moved in together and started a new chapter in Jon’s life. Unfortunately, that new chapter is entitled “The Prison Years” because Jon murdered her.

.. so, there’s that information. Onward to the next murder. 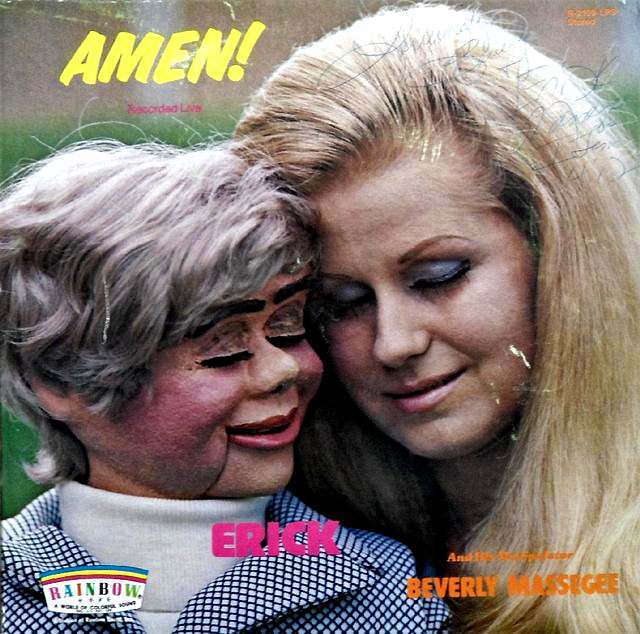 This Beverly Massegee LP has become something of an all-star in the world of bad album covers, but the biggest oddity surrounding this album is not the strangeness of the record, but Beverly herself. Many believe she is actually the Babushka Lady – the woman who filmed JFK up close at the very moment he was assassinated!

Beverly Oliver (maiden name) was once a friend of Jack Ruby, the man who shot Lee Harvey Oswald. Beverly was a singer (and possibly a stripper) at Ruby’s Carousel Club and the adjacent Colony Club. According to her own account, Beverly claims she accompanied Jack Ruby to New Orleans where she met Mafia bosses and was introduced to Lee Harvey Oswald, a friend of Ruby’s (!).

Beverly states that she was the infamous and mysterious Babushka Lady, the closest witnesses to the fatal shot that killed President Kennedy. Further, she claims that she filmed the event, but three days later two men who identified themselves as government agents confiscated her film and never returned it. Here’s an old video of Beverly breaking it down for us…

Unfortunately, much of this is considered nonsense by JFK assassination “experts”. However, it should be noted that Beverly married a pastor and found Jesus, which means all of this must be true, right? 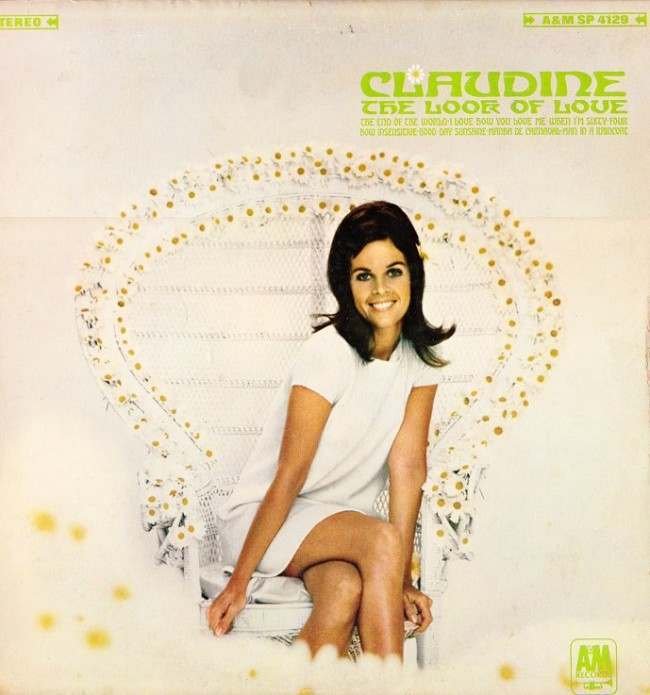 Claudine’s early years read like a fairy tale. She was a Vegas showgirl working for Barbara Walters’ father. One day, her car breaks down and she’s picked up by none other than Andy Williams. Marriage, wealth, a family, a recording contract, and an acting career soon followed. It would seem. Claudine Longet had everything a woman could ever want.

The couple were even good friends with Bobby Kennedy. In fact, they were supposed to go to a disco with him the night he was killed. Senator Kennedy told Andy and Claudine that he would make a “little hand gesture” at the end of his televised primary victory speech to let them know he could make it to the disco. The couple watched Kennedy’s speech from their Bel Air home, and when the gesture was made the two hopped out of bed to get ready to head to the disco…. then they heard the shots ring out. Three days later, Andy was singing at his friend’s funeral. The couple would name their 3rd child “Bobby”. 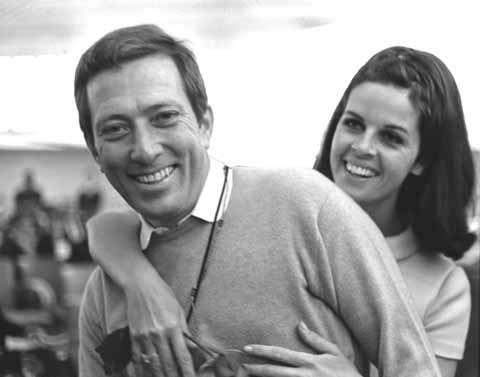 That was 1968…. by 1970 they were legally separated. Claudine and the three kids moved in with the famous Olympic skier, “Spider” Sabich. He was handsome, talented, and had become quite a popular figure. Robert Redford even played him in a movie (Downhill Racer). But this is where the fairy tale ends. The relationship became tumultuous and in 1975, Spider was fatally shot in the abdomen by Claudine.

Claudine claimed the gun discharged accidentally, and was charged with only negligent homicide. The fact that she was high on cocaine never made it into the trial, nor was the fact that their relationship had become hostile. Subsequently, Claudine spent only 30 days in jail. 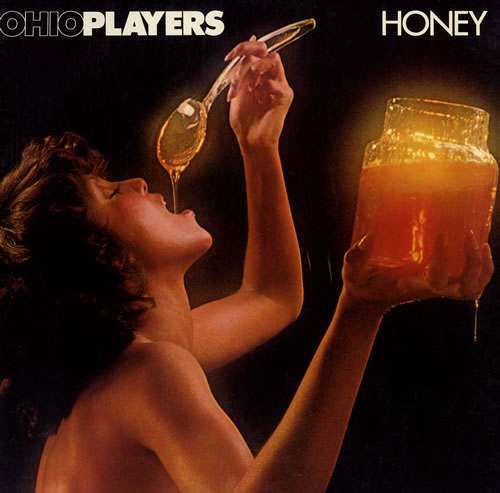 The 70s funk band, The Ohio Players, weren’t exactly known for their family-friendly album covers. Their most notorious is the Honey album which featured a completely naked model (visible when you fold open the cover) shown from the side on the outside cover, and in a much more explicit position in the interior. Legend goes that this girl was brutally murdered and her screams can be heard in their song “Love Rollercoaster”.

Of course, urban legend debunkers have proved this to be complete bullshit. However, it’s a lot more fun to speculate, and you never really know, do you? As to exactly how she was killed and how the screams ever got recorded depends on who’s telling the story. One thing is for certain, the scream sounds completely out of place. It’s blood curdling – not something you’d expect to hear in the background of a lively funk song. The cherry-on-top to this urban legend is that the photography for the album cover was conducted by Richard Fegley, who had also photographed Sharon Tate (insert dramatic music)

The Ohio Players spot a runaway on the street corner and use her for on their album Honey. The album cover depicts the model nude and kneeling in glass while drizzling honey all over herself. The glass was actually fiberglass, and when it mixed with the honey caused the fiberglass to be bonded to the girl’s legs. She tried tearing it off of her legs, but only succeeded in tearing the skin off. She runs into the studio where the band was recording “Love Rollercoaster”. She was screaming at them, claiming she would sue them for everything they were worth. The band’s manager then dragged her outside the studio, and murdered her. Her screaming was audible, even outside the studio, and the band left the sound there as “a sick tribute”.

Sure, this is obviously bologna, but it’s a lot more interesting the much more probable claim that the screams are by the band’s bassist and the model is Ester Cordet. Cordet was a stewardess at the time and the October 1974 Playmate of the Month. Today, she is happily married to a smarmy motivational speaker and self-help author, Robert Ringer. Yuck. Sometimes reality is such a bummer.