“I found my voice as an artist when I stepped on a dead sparrow on a street in Paris in 1971. I didn’t know why, but I was sure this sparrow was important because it was something very fragile that was near me and my life. Like the people I love, these small birds were always around me, yet they remained strange and mysterious. So I picked up the sparrow, took it home and knit a wool wrap for it. Why? I can’t say. You want to do something and don’t know why – all you know is that you have no choice, that it’s a necessity.” 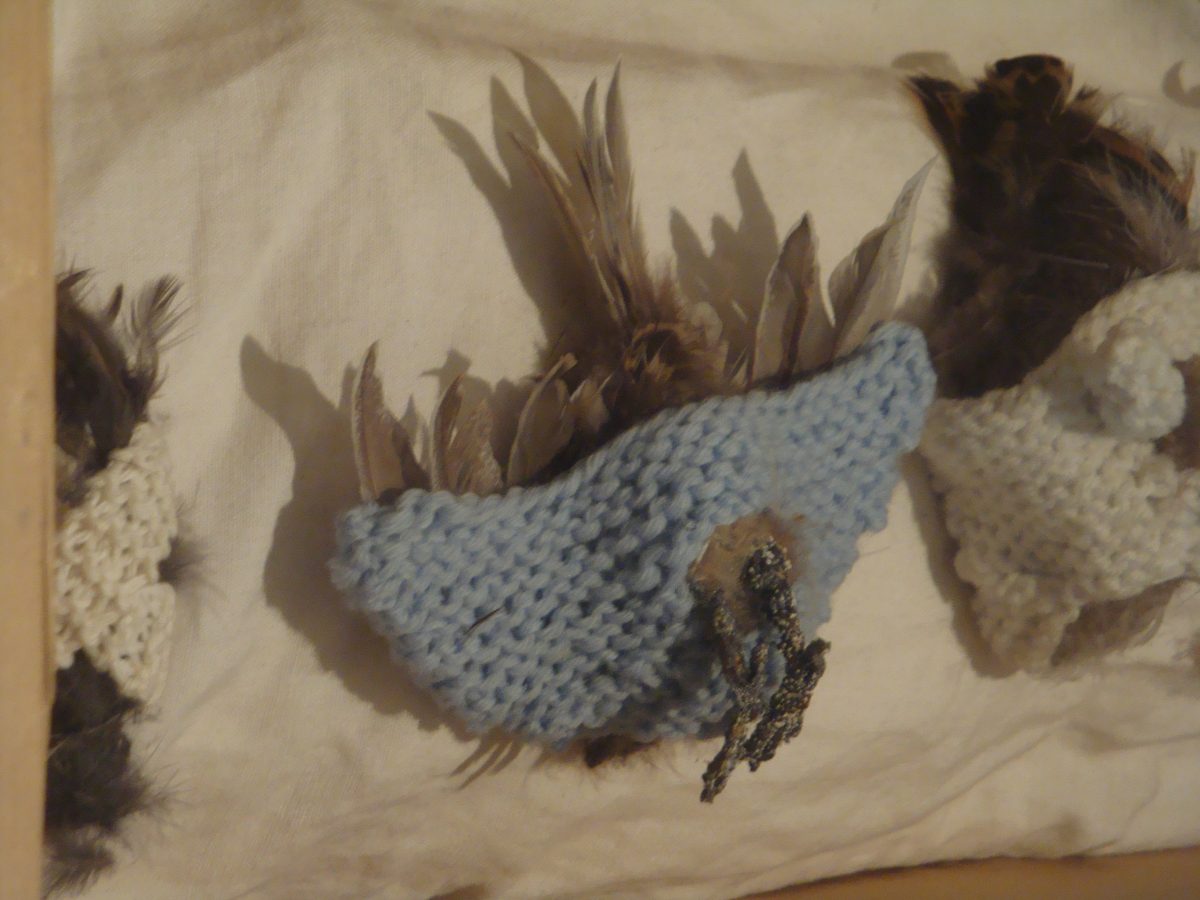 One dead sparrow in a hand-knitted jumper became part of a collection that the finder and artist Annette Messager in 1972 called ‘Les Pensionnaires’ (‘The Residents’). Preserving, stuffing and dressing the dead birds before lining them up for inspection in vitrines to further disturb our way of seeing and finding value is fun, magical, weird, macabre, memorable and surely ultimately an act of deathless love. Isn’t that what collecting and being a collector is all about? 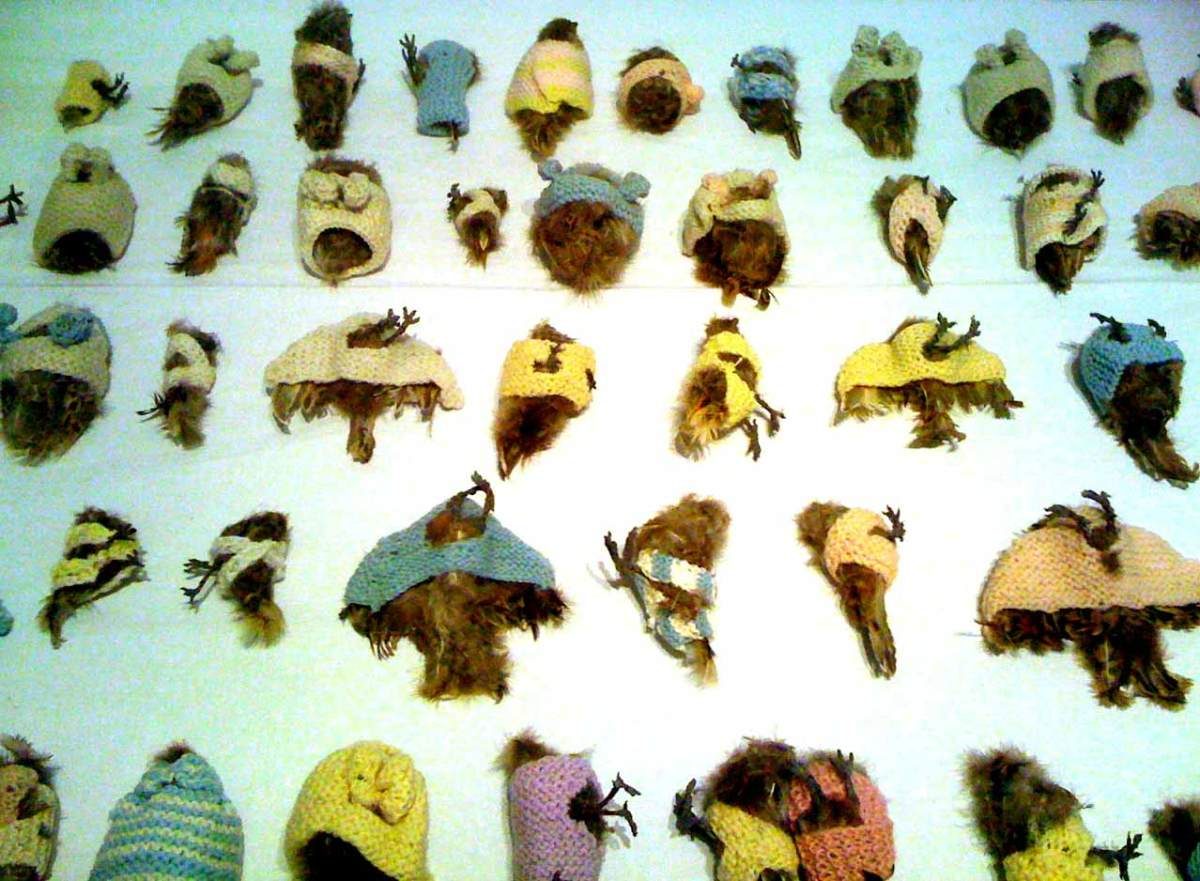 The LA Times noted for an exhibition at the at the Los Angeles County Museum of Art in 1995:

Messager baptized her sparrows, created devices to discipline them and take them for walks, made an alphabet of feathers to teach them language, and displayed them in orderly rows. The roots of much of Messager’s subsequent work can be found in “The Boarders,” which incorporates allusions to the need for control, women’s handicrafts, fetishism and fakery, the act of collecting and cataloguing, the experience of loss and mourning, and fictional narrative. 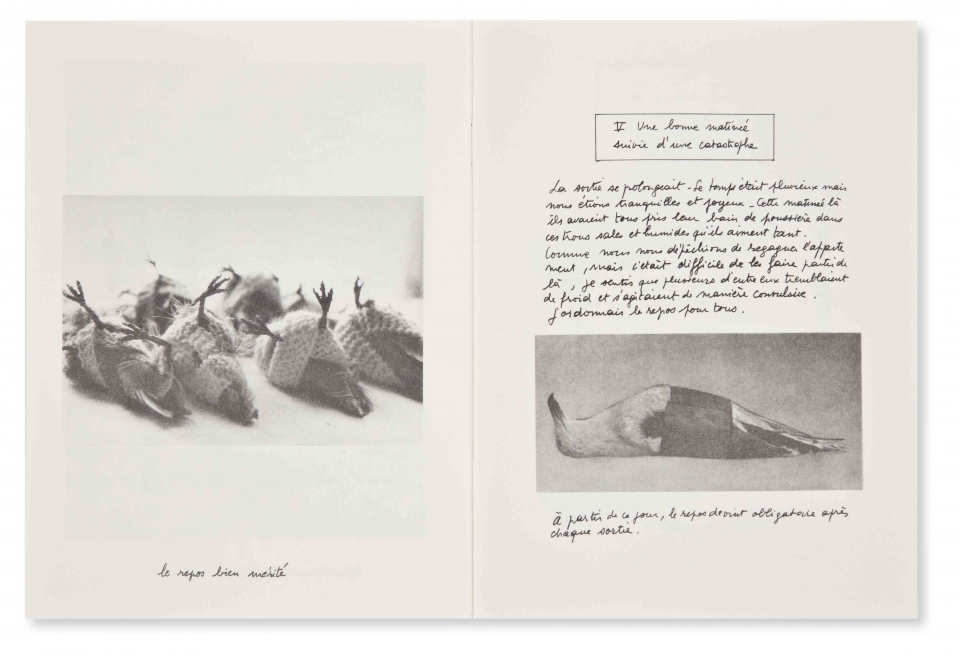 From an Unpublished book designed from the installation of the same name Annette Messager (1971-1972).

Interviewer: “Freud said that toys were the child’s first contact with artworks. Your dolls and birds and effigies have a very particular status. “Mes pensionnaires” (My Borders, 1972), your little stuffed birds with wool clothes or ‘Mes Petites effigies’ (My Little Effigies, 1988), stuffed toys attached to the wall with texts, are not toys. You are not working in a nostalgic mode nor in a childlike world.”

Messager: “I will place a photo or a word on the doll, a sentimental value which will give more of a charge. I invest the doll with another content, like African voodoo effigies, the kind of emotional charge people usually consider negative, a strong sentimental content. With ‘Mes petites effigies’ ridiculous little dolls somehow become disturbing.”
–  Journal of Contemporary Art, 1995 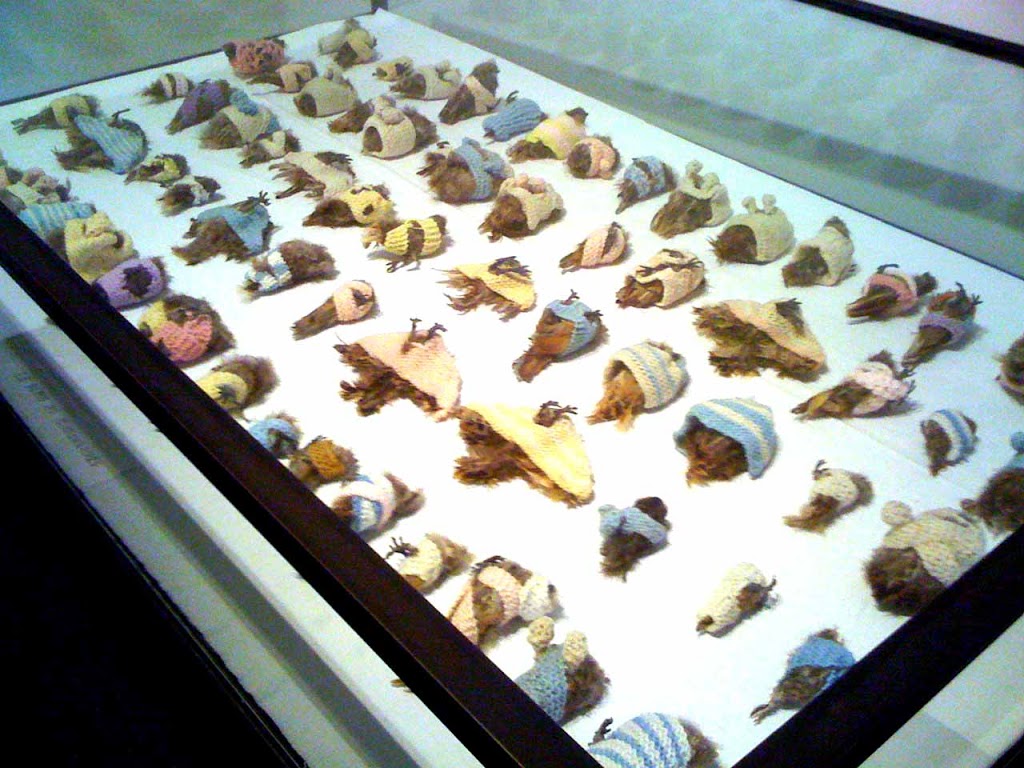 Annette Messager exhibited at the Musée Beaubourg in Metz

Some of Messager’s birds have wheels and motors to make them move and jump.

“In 1971 I was attaching stuffed sparrows to motors from clockwork toys and winding them up to make them jump; there was a kind of pathos about it.” 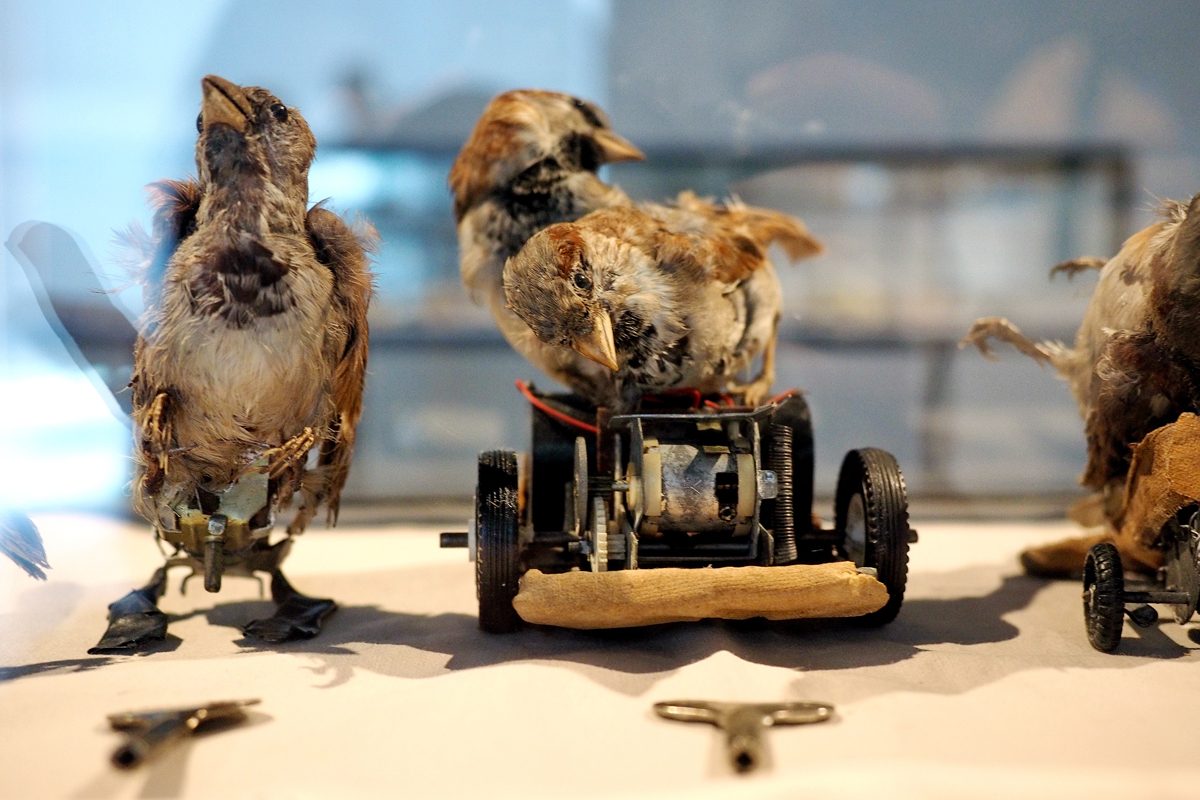 In 1973, in the drawing The Bedroom Works/The Studio Works, the artist sketched her apartment, dividing it into the bedroom (territory of Annette Messager the collector), and the studio (belonging to Annette Messager artist). These personas would recur throughout Messager’s subsequent oeuvre, along with others—the trickster, the practical woman, the peddler—that further blurred the distinction between reality and fiction in her work.

Annette Messager was born in Berck-sur-Mer, France, in 1943.