‘El Día de los Muertos’ – Day of the Dead – is Mexico’s festival. The paper cutouts featured here are from a tradition reaching back to pre-Columbian times but these examples were produced in the 1980s in the main centre of this folk art: San Salvador Huixcolotla in Puebla state, Mexico. 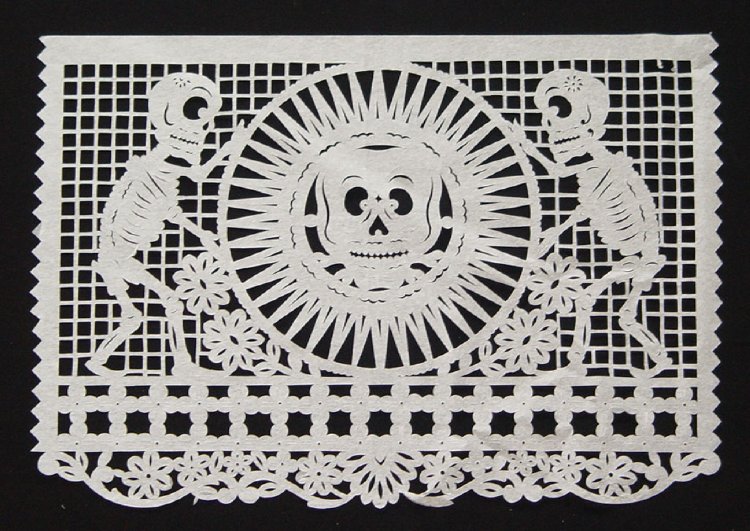 These ‘Día de los Muertos’ (Day of the Dead) papercut images were produced in the 1980s in San Salvador Huixcolotla feature in the British Museum Prints Database (via Paul K).

In Mexico, papel picado (perforated paper) are usually cut with sharp fierritos (small chisels) from as many as fifty layers of colored tissue paper at a time. Designs incorporate lattice-work, images of human and animal figures, flowers,and lettering. Many  are made for the Mexican festival of the Days of the Dead. 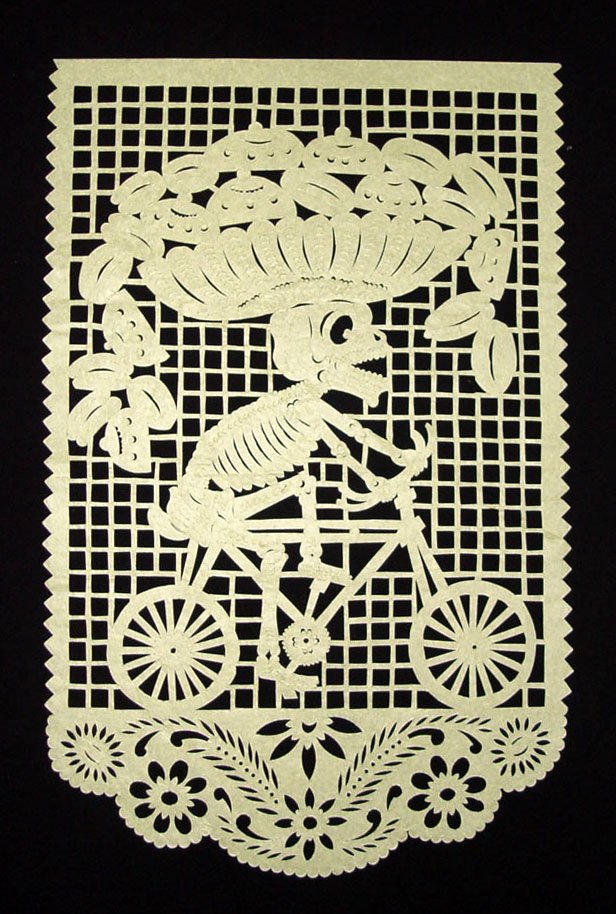 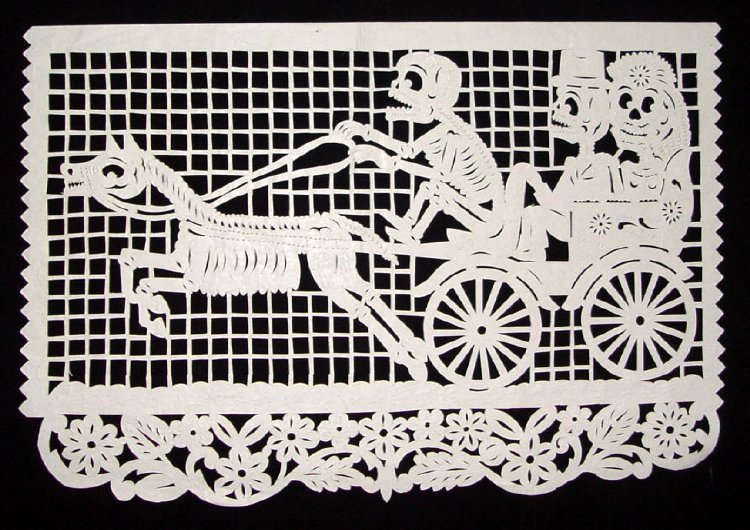 The art nods to the work of José Guadalupe Posada (1852-1913), a Mexican lithographer and engraver who produced some thousands of illustrations from a print shop in Mexico City where he engraved illustrations for newspapers and broadsides.

It is his satirical calaveras (colloquial for skeletons), Posada lampooned the greet and good at a tome when critical publications were suppressed.

You can buy calavera goods and prints in the flashbak shop. 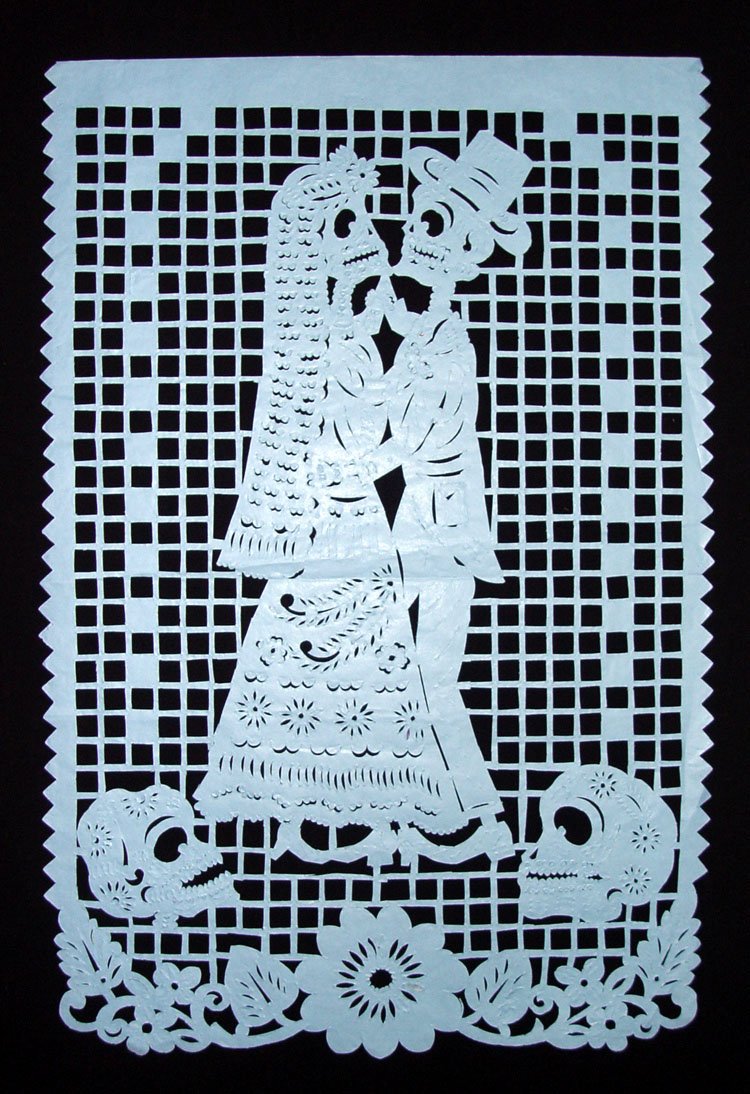 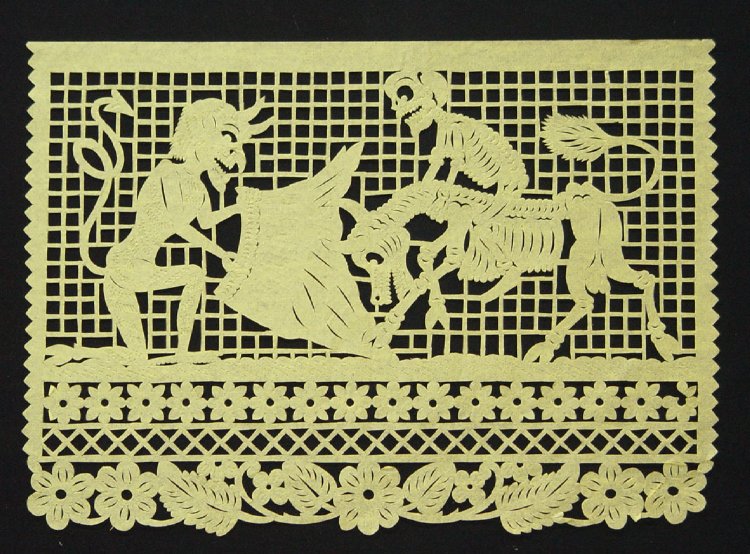 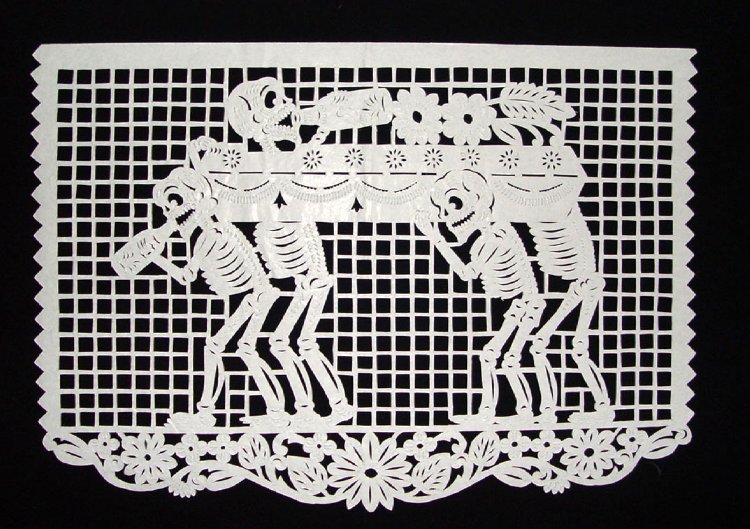 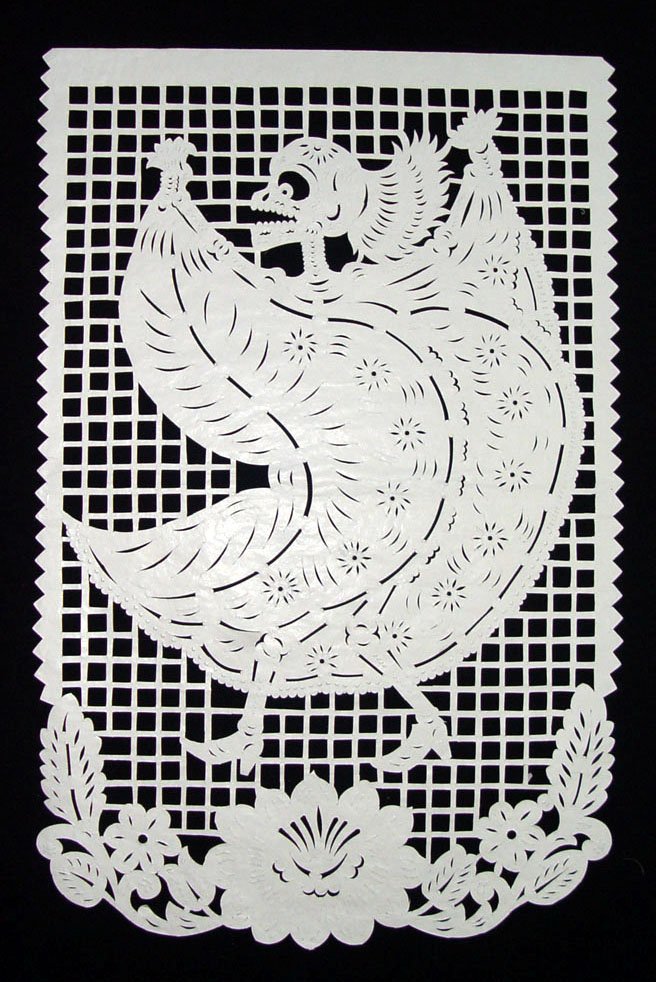 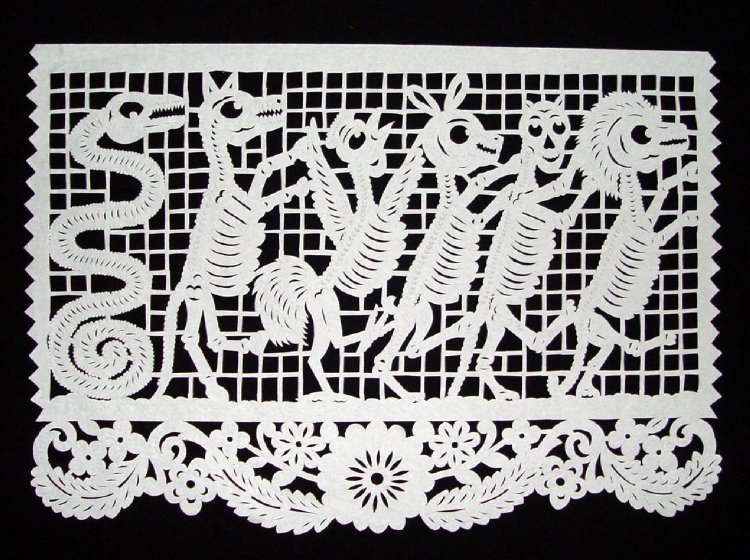 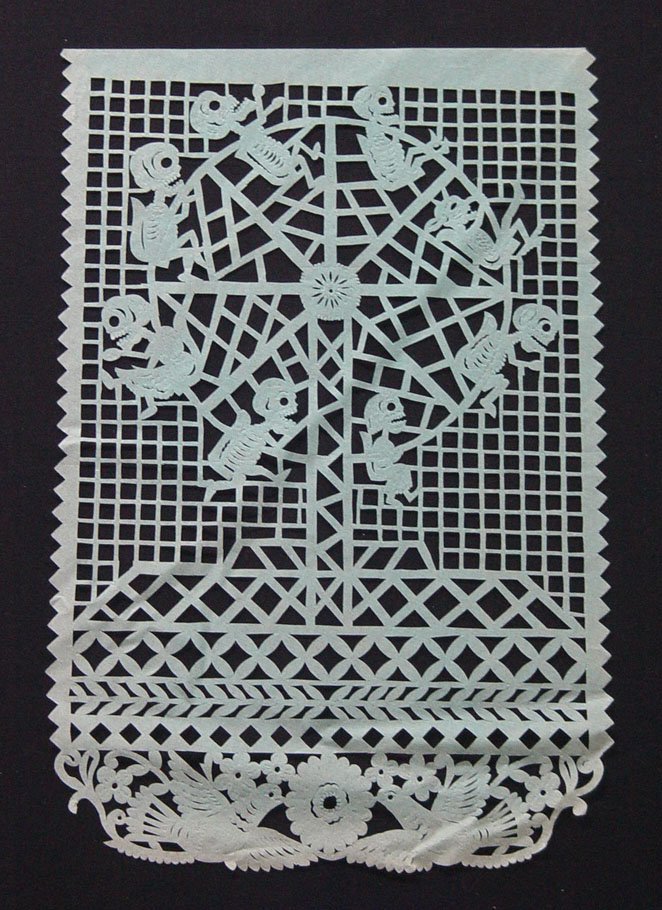 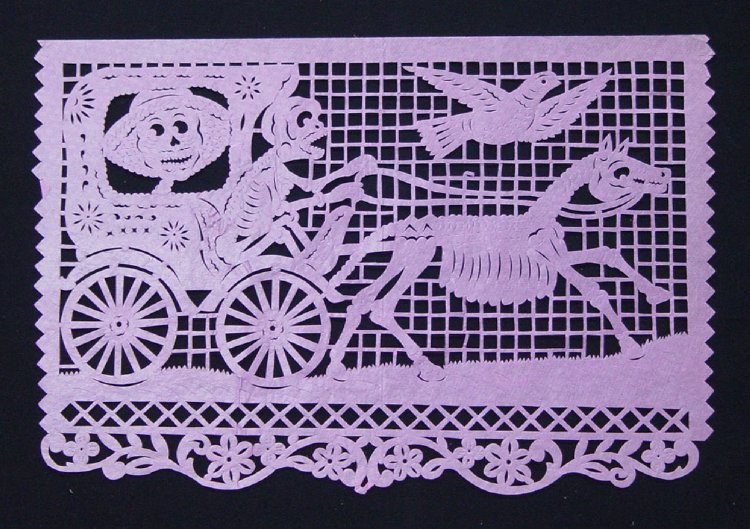 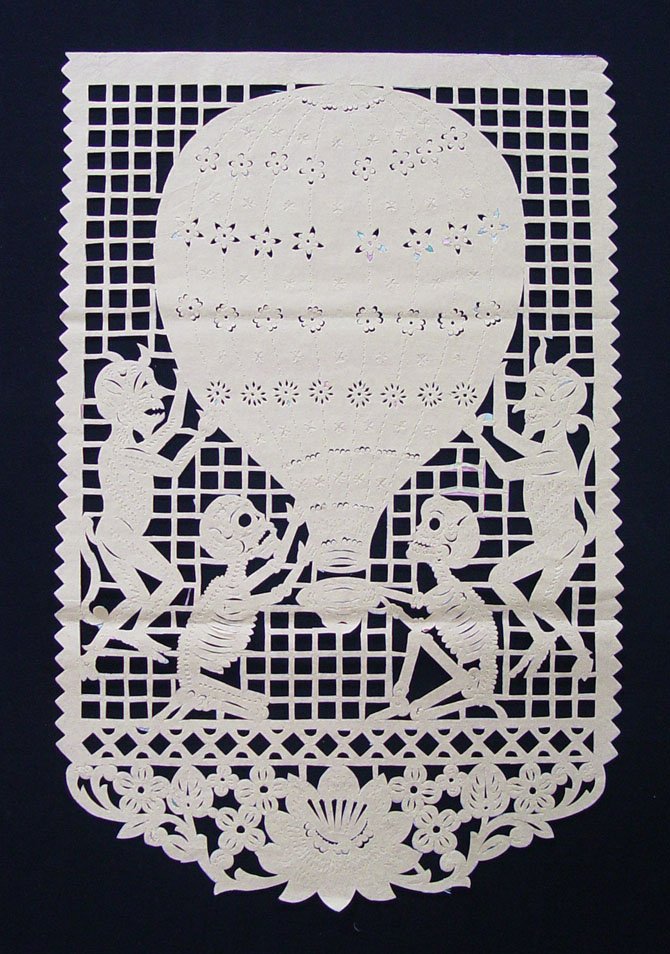 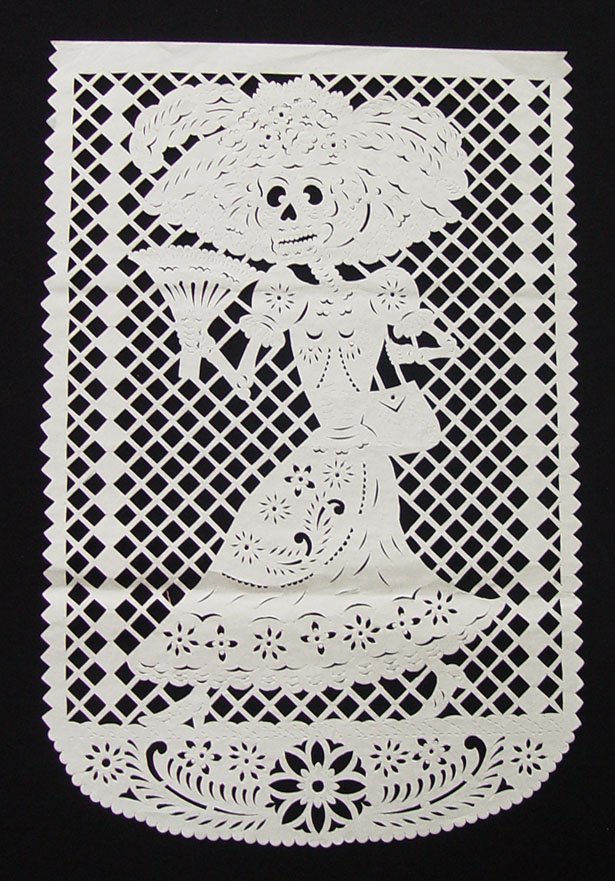 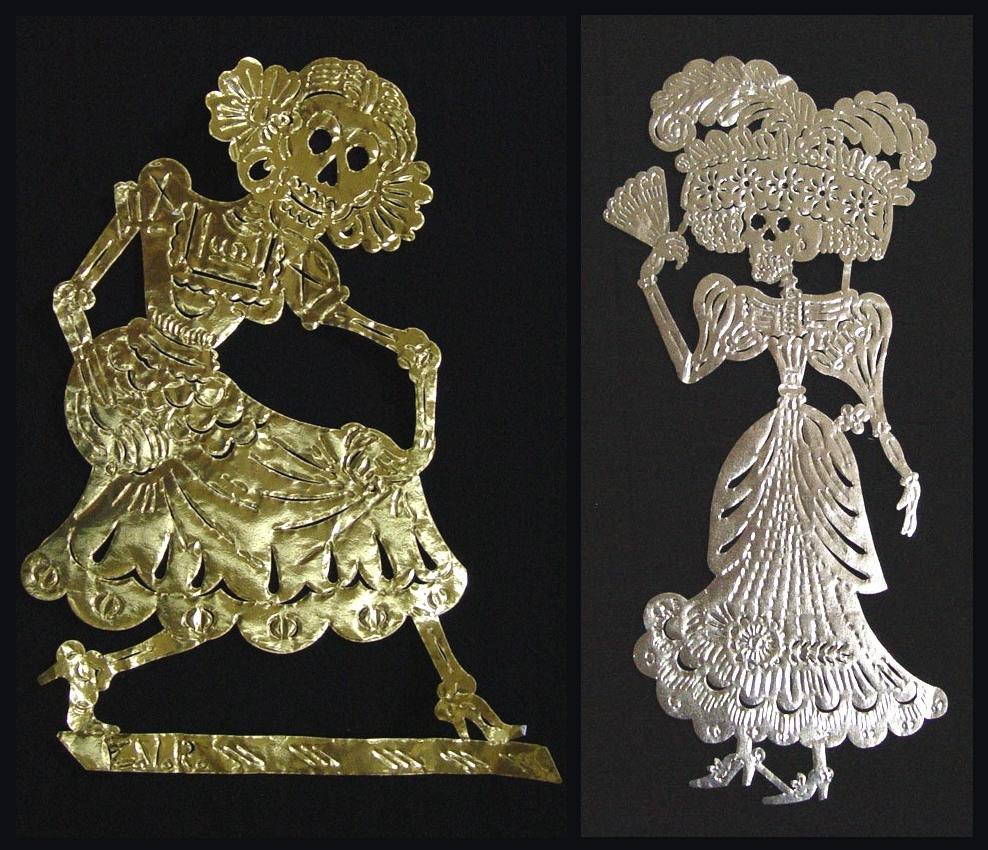 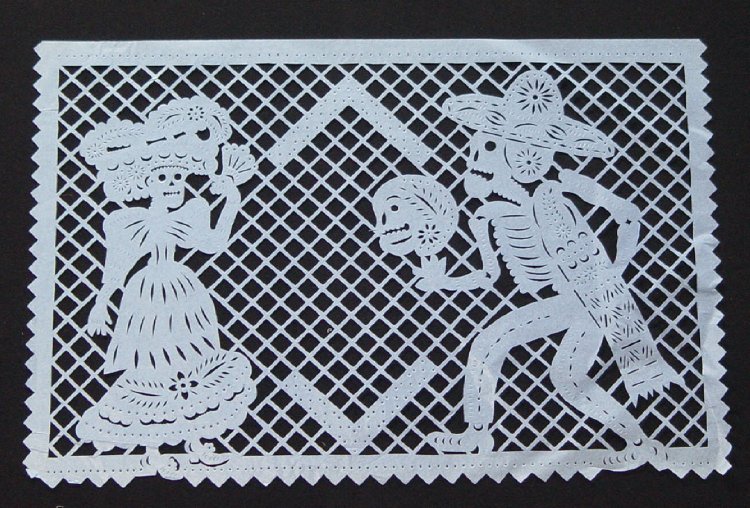 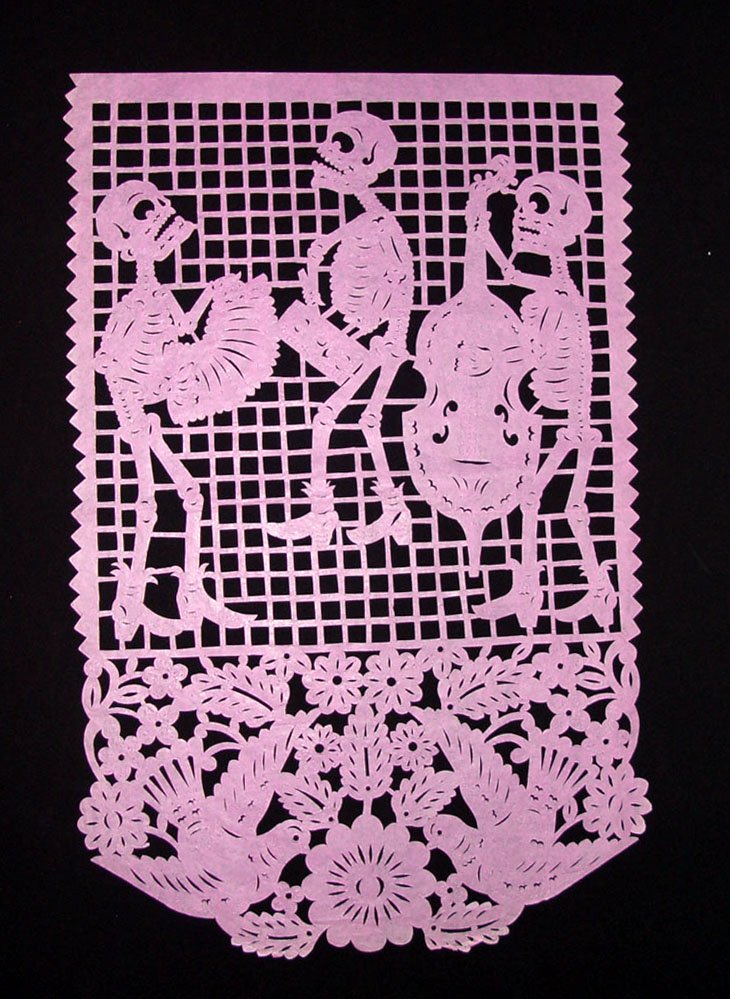 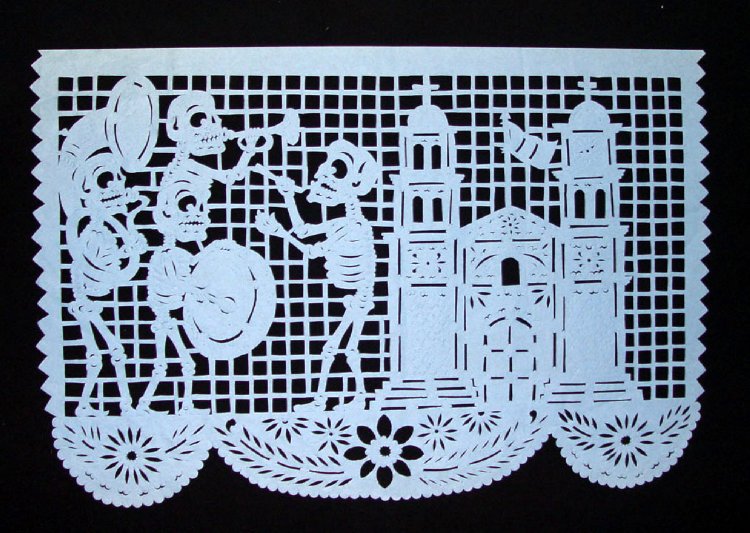 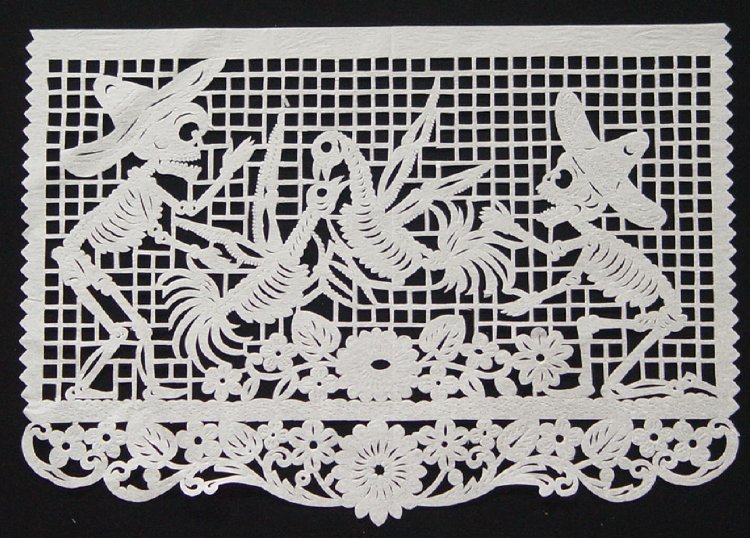 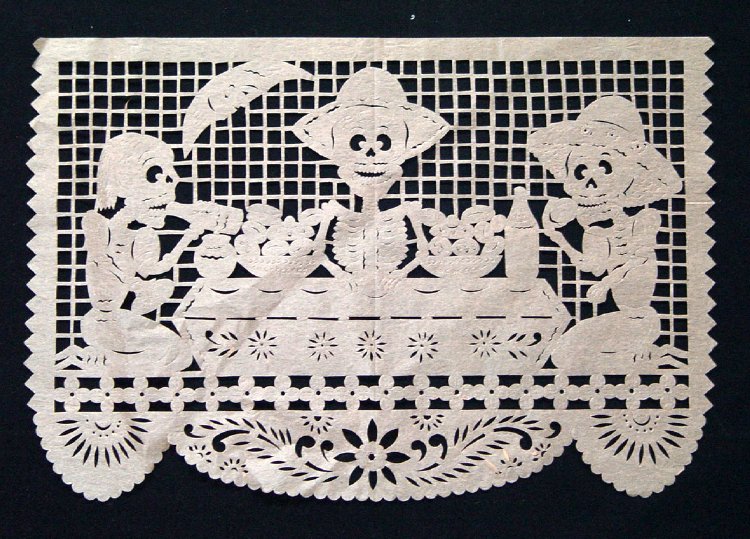 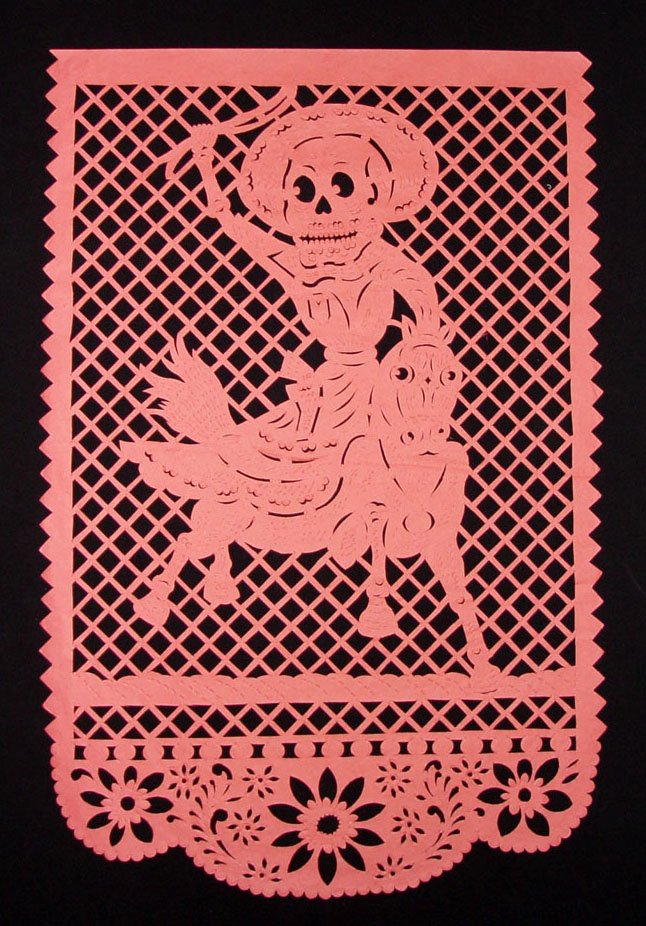 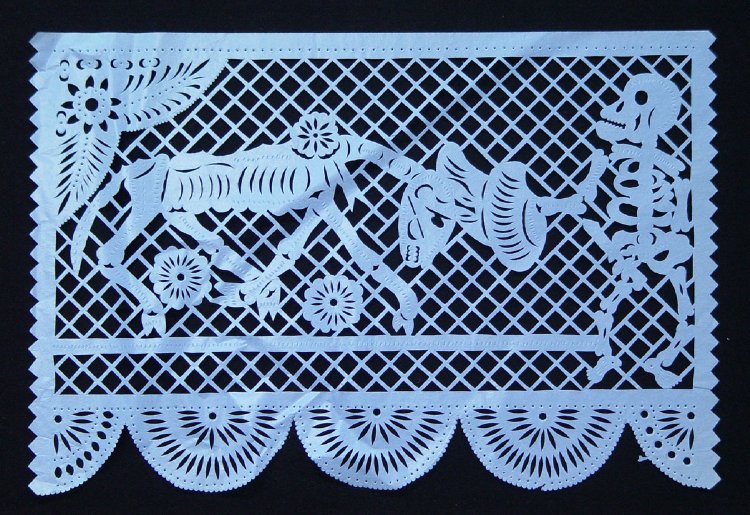 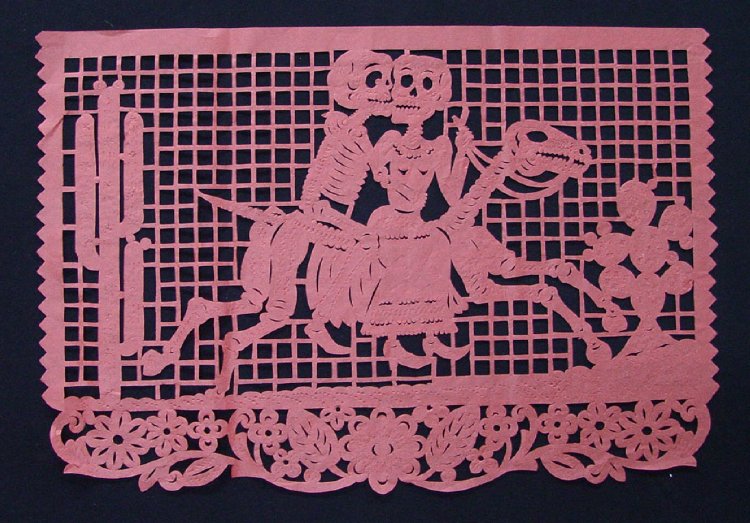 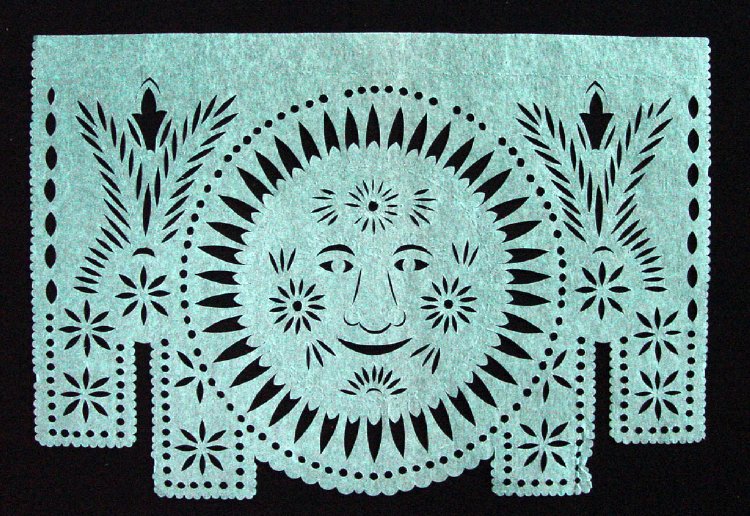 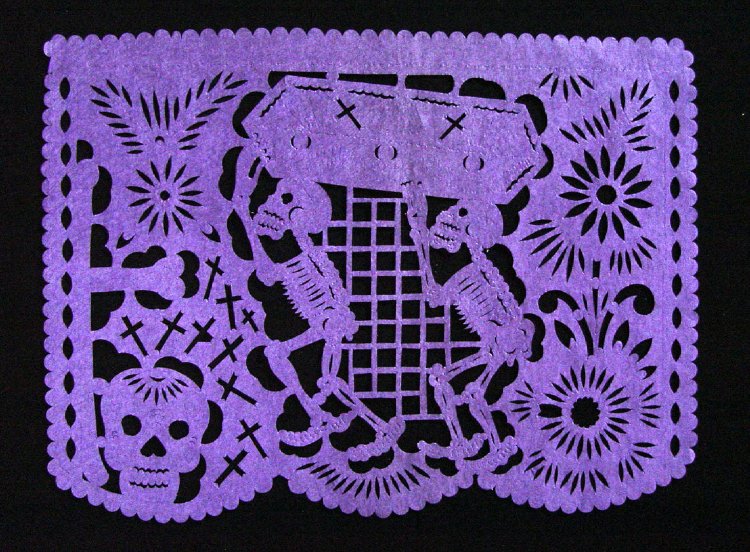 You can buy calavera goods and prints in the flashbak shop. 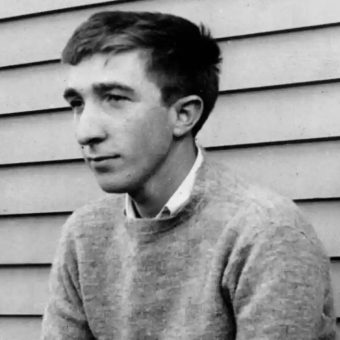 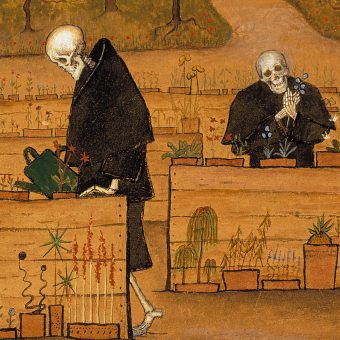