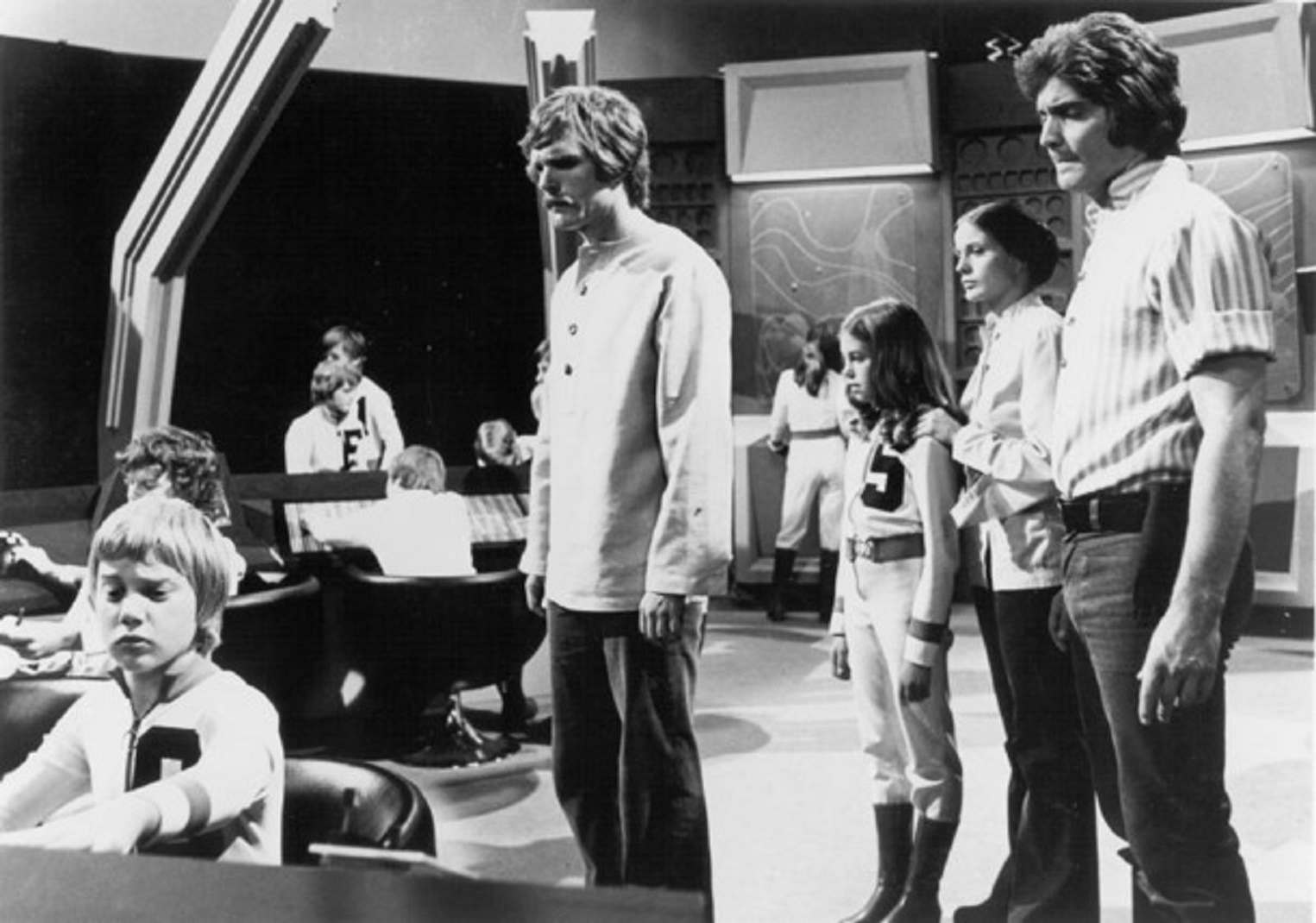 I’ll confess, right out the gate, that I love the new cult-TV initiatives of the year 1973.  These series aren’t universally great shows, but they are universally fascinating ones.  In short, I can’t get enough of them, even though two died after just a single season. 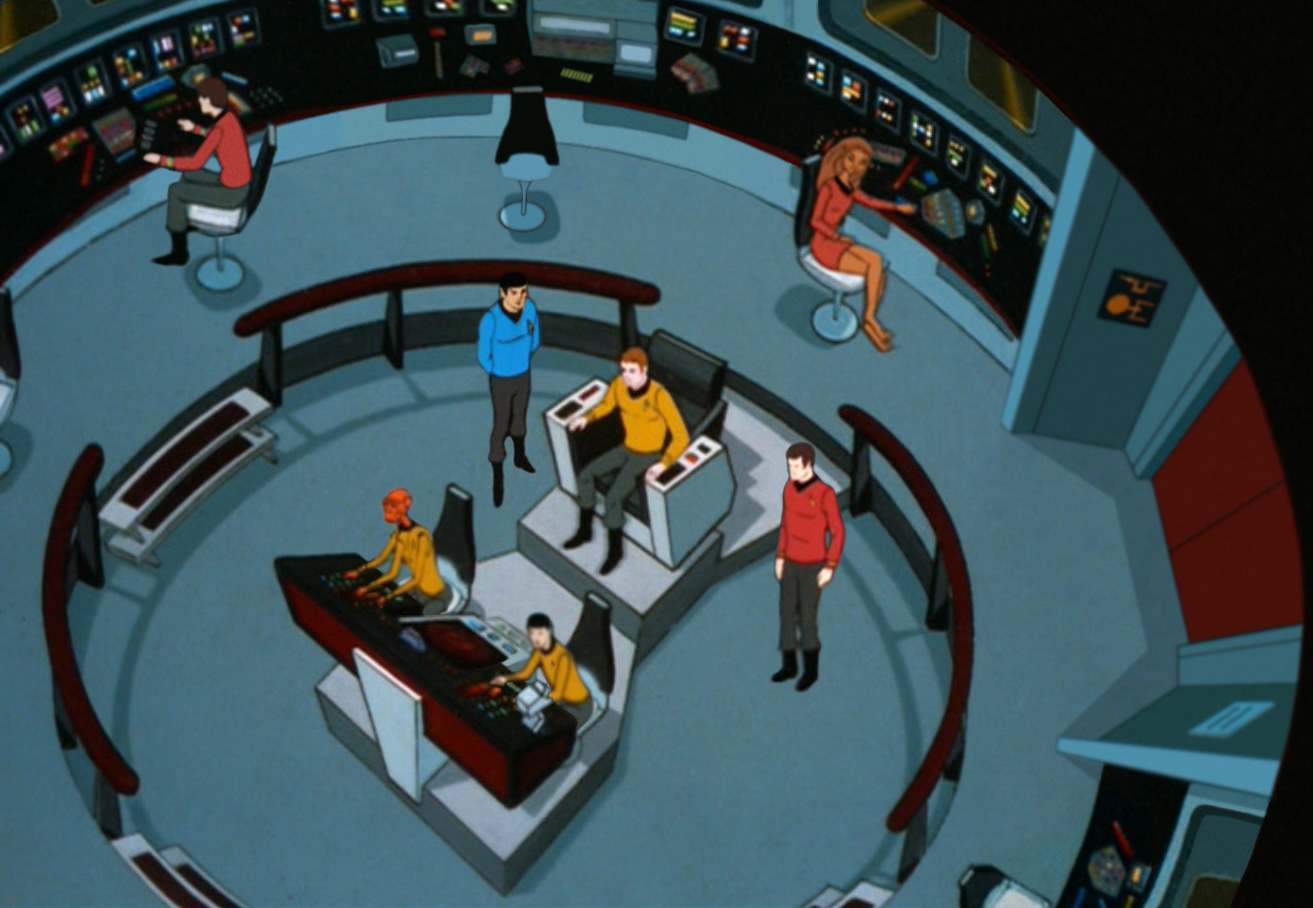 Star Trek, for instance, premiered in animated form on Saturday mornings in 1973 thanks to Lou Scheimer and Filmation, adding a new chapter to the franchise at a time when fans were hungering for any new voyages of the starship Enterprise. 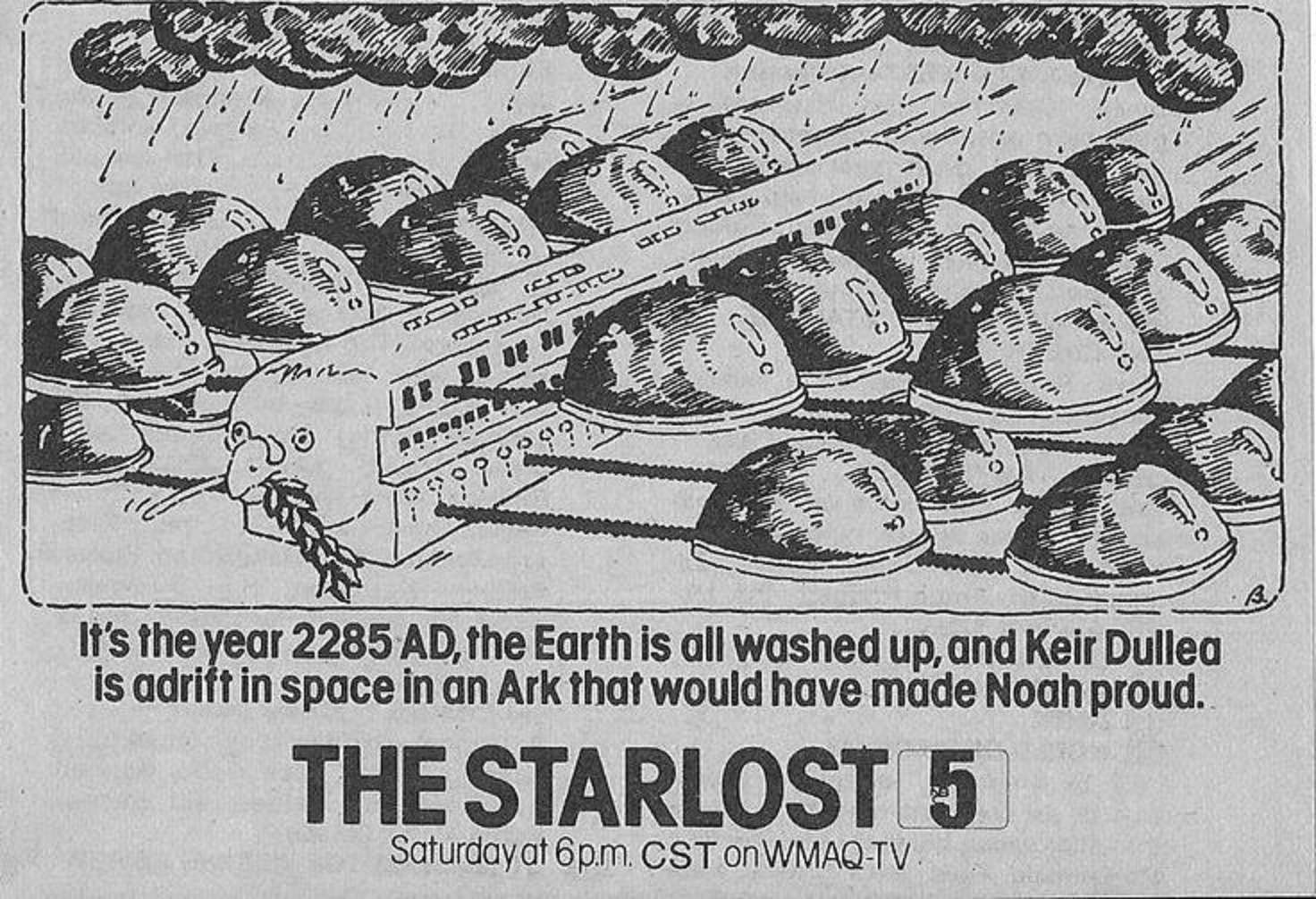 Meanwhile, Harlan Ellison attempted to launch his own genre initiative with the ill-fated The Starlost (a series which never ceases to intrigue me, despite its many problems).

And finally The Evil Touch is a low-budget horror anthology lensed in Australia that sometimes captures the raw, low-budget vibe of such 1970s horror films as The Texas Chainsaw Massacre (1973) and The Hills Have Eyes (1977).  Some episodes of this series are downright terrifying, even today, and yet very few people remember, or write about it

This half-hour program aired in local syndication in the 1973-1974 season and was made in Australia by American producer Mende Brown. The series featured a variety of American guest stars including Darren McGavin, Ray Walston, Kim Hunter, Carol Lynley, Vic Morrow and Leslie Nielson.

The show was hosted by Anthony Quayle, who would walk out from a black background to address the audience during each installment (usually behind wisps of what appeared to be blue cigarette smoke…), and introduce and conclude each macabre story.

His typical end note reminded audiences that “there is a touch of evil in all of us.” Then, sardonically, he would add “Good night. Pleasant dreams.”

Made on a low-budget, the series nonetheless went whole-hog into horror, and with often impressive results.  “The Trial” featured Ray Walston as a nasty millionaire who met his comeuppance (a lobotomy) at the hands of circus freaks.

Another great installment, “Kadaitcha County,” saw Reverend Vincent (Leif Erickson) pitting his Catholic faith against Aborigine religion, and a powerful God entity, Kadaitcha, who could control life and death, change the flow of time, and even move between realities.

Twenty four episodes were produced before the series was canceled, and some episodes dealt with politics (“Campaign ‘20”), or the counter culture (“They.”)

But virtually every episode of The Evil Touch was horrifying.  One that has always stuck with me since fist viewing  is “Game of Hearts,” which sees a heart-surgeon (Darren McGavin) stalked by the zombie donor from one of his transplant surgeries.

The Starlost should have taken science fiction TV by storm, given its pedigree.

Award-winning author and genre icon Harlan Ellison created the series, Douglas Trumball was slated to supervise the visual effects, and Keir Dullea was tapped to play the lead character. Ben Bova, another highly respected name in the genre, was also retained to be the series’ science adviser.

But things went south for the series fast.

The per-episode budget was extraordinarily low, for one thing. Each hour-long episode was approximately $100,000 to produce, which means that it cost in 1973 considerably less than what the average episode of Star Trek had cost in 1966. Furthermore, Mr. Ellison disowned the series after a series of creative differences, and is credited on the program under the alternate name “Cordwainer Bird.”

Although Ellison earned a Writer’s Guild of America award for his original pilot script in 1974, his experience on the made-in-Toronto The Starlost left a bad taste in his mouth, and the acclaimed author wrote about the experience in detail in an afterword to Phoenix Without Ashes.  Bova similarly disowned the series, and satirized his experience working on it in a novel called The Starcrossed.

And Trumball? He also left the program.

The original intention had been to shoot The Starlost entirely on videotape utilizing a revolutionary effects integration process known as “Magicam.” This technology would have permitted actors to interact with miniature sets and locations in a fashion that was neither limited nor static, not entirely unlike the Introvision projection process spearheaded in the early 1980s and deployed in films such as Outland (1981) and Darkman (1990).

However, in 1973 Magicam was spotty, and the harried, under-the-gun team crafting The Starlost was forced to abandon the technology all together. Instead, the team — lacking adequate studio space in which to shoot their outer space epic — resorted to old-fashioned chroma key effects. Unfortunately, chroma key requires a static background, which means that the would-be grand shots featuring futuristic panoramas and vistas were sometimes boring rather than illuminating or fantastic.

So, Keir Dullea was left to front a series with more than its share of difficulties.

He stars as Devon, a farmer at Cypress Corners – an agrarian community – who learns that his people no longer live on Earth, but are actually inside a dome on a vast spaceship, the Earthship Ark.  All of Earth’s surviving population is aboard, though in different, hermetically-sealed domes.

Worse, the Ark is on a collision course with a distant sun unless Devon and his friends, Rachel (Gay Rowan) and Garth (Robin Ward) can find someone who can pilot the craft.

The journey to find such an individual makes up for the duration of the series, and Devon and friends travel from dome to dome, civilization to civilization, trying to alter the Ark’s course and preserve the human race.

One episode of The Starlost sees the heroic tree encountering killer bees (“The Beehive”), while Star Trek’s Walter Koenig appears in two episodes as a villain in a gold jump suit, Oro (“The Alien Oro,” “The Return of Oro.”)

The result? Star Trek: The Animated Series, which ran for 22 half-hour long episodes, and became must-see-TV for the Saturday morning set of the early disco decade.

Despite animation’s potential, budget was an immediate problem on Star Trek, and the crew of the Starship Enterprise was downsized.  Though William Shatner, Leonard Nimoy, DeForest Kelley, George Takei, Nichelle Nichols, James Doohan and Majel Barrett Roddenberry all returned to the bridge, there was one casualty: Walter Koenig’s Mr. Chekov.

Still, the actor was hired to pen an episode, “The Infinite Vulcan,” at least.  Two new Enterprise bridge officers were introduced in Chekov’s absence, the aliens Lt. M’ress, and Mr. Arex.

In its two seasons on the air, the new Star Trek saw the return of Harry Mudd,  tribbles, and even the Guardian on the Edge of Forever.  But the series succeeded not with sequels or return engagements, but by by handling adult concepts with aplomb.

For example, D.C. Fontana’s  “Yesteryear” broke a long-standing TV taboo by depicting the death of a pet.  Another episode, “The Time Trap,” by Joyce Perry, reflected the politics of the day, specifically détente.  “The Counter Clock Incident,” meanwhile involved the original Captain of the Enterprise, Robert April, nearing retirement age, only to be called to command one last time when the Enterprise’s regular crew began to age in reverse. The message of the episode is that being old isn’t the same as being disposable.

The most courageous episode of all, however, was one that showcased sympathy for the devil. Writer Larry Brody contributed “The Magicks of Megas-Tu,” an adventure which found the Enterprise crew traveling an alternate universe and encountering…Lucifer.

He was mistaken for evil because he hailed from a universe of magic, and because of his devil-like appearance.  The episode reminded youngsters not to judge “good” and “bad” based simply on appearance

Although the series disappeared after two seasons, today it remains a beloved chapter of the overall Star Trek saga.