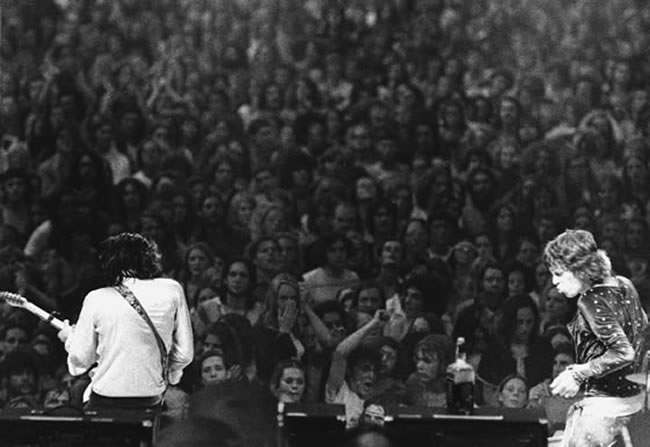 IN 1972, long before The Rolling Stones were pop’s Establishment act headlining Glastonbury and making Prince Harry and smug BBC DJs dance in their yurts, they were rebellion personified.  It was the year Robert Frank created the documentary Cocksucker Blues. When they saw the film shot on tour, some of them hated it enough to block its release.

There are secrets, and then there are secrets. With all the carefully recalibrated stories about drug excesses and sexual high jinks during the recording of the Rolling Stones’ 1972 album Exile on Main St, it’s hard to believe there could be anything that Mick Jagger, Keith Richards and the rest of their band of groovy, deeply grooved superstars could possibly have to hide or be ashamed of. So it’s astonishing to discover that, for nearly four decades, the Stones have vigorously enforced a strict legal injunction banning the screening of a documentary about them, a film some of the few people who have seen it think is a masterpiece.

Called Cocksucker Blues, after a raunchy Stones song of the same title that Jagger dared the record label to release (it didn’t), the documentary was mainly shot during the Stones’ 1972 tour of North America, just after they had released Exile. It was directed by the photographer turned avant-garde film-maker Robert Frank, best known for reflecting 1950s America back at itself in the collection of street photography titled simply The Americans. Frank, a Swiss Jew born in Zurich in 1924, had emigrated to America in 1947. The grainy black-and-white cover of the Exile on Main St album is one of his works.

Under the terms of the injunction, which Frank fought at the time, CS Blues can be shown only a limited number of times a year…

The Stones hired Frank, then 47, to cover the new tour vérité-style, partly because they liked his photography, but also because they were admirers of his 1959 avant-garde documentary Pull My Daisy, which was adapted from a play by Jack Kerouac and had an improvised narration by the Beat writer.

According to Susan Steinberg, who edited the film: “He had no interest in the music at all. He hired a separate crew to film the music sequences…

“I didn’t censor anything. I went for the blood and the guts, the sex, drugs and rock’n’roll. I saw quite clearly that it was a film about being behind the scenes, not about what’s on stage; about being on the road, being back in those hotel rooms with them, seeing the underbelly of the boredom, the ennui, the drugs, the girls… At that time, they loved being the bad boys, so this film was a direct expression of how they perceived themselves.”

This is the scene when Stevie Wonder appears:

Most troubling of all are the unfamous players, the roadies and groupies and hangers-on who seem plucked from the pages of Slouching Towards Bethlehem and are now lost to history, or to worse. We meet a fan bemoaning the injustice that her LSD usage has caused her young daughter to be taken into protective custody; after all, mom protests, “she was born on acid!” We see a man and woman shooting heroin, filmed with bored detachment, the only sound the whir of a hand-held camera. Upon completion the woman looks up and asks, unnervingly and entirely validly, “Why did you want to film that?”

The film’s most disturbing scene, and the one that most lives down to its reputation, takes place on the Stones’ touring plane.

We see explicit and zipless sex. We see clothed roadies wrestling with naked women in a manner that seems dubiously consensual, as band members play tambourines and maracas in leering encouragement. At one point Keith Richards emphatically gestures at Frank to stop filming; he doesn’t. By the time the scene finally ends we feel drained, nauseated, ashamed of ourselves and everyone else in this world. 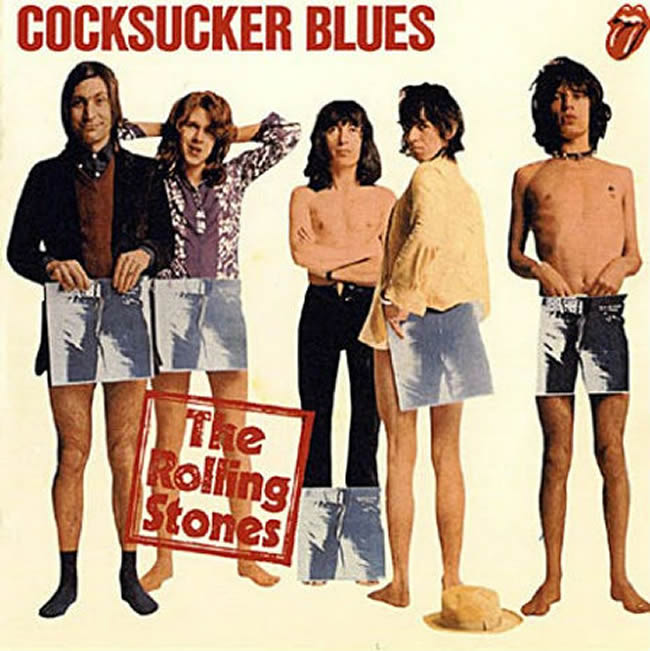 Photo: Mick Jagger of the Rolling Stones, right, played for a packed house, June 19, 1972 at the Metropolitan Sports Center. Police used tear gas and mace to stop about 500 youths from crashing the gate.