An essential element of a good TV show is having a character who audiences love to hate.  You can’t have a show consisting of only cheery do-gooders – you’ve got to have a character or two with issues to make things interesting.  Television of the 1950s-1980s was populated by an ample supply of these jerks, a-holes, and all-around douche bags…. and we loved them.  Here are the ones that make the top of my list, but please let me know of any glaring omissions and add your own! 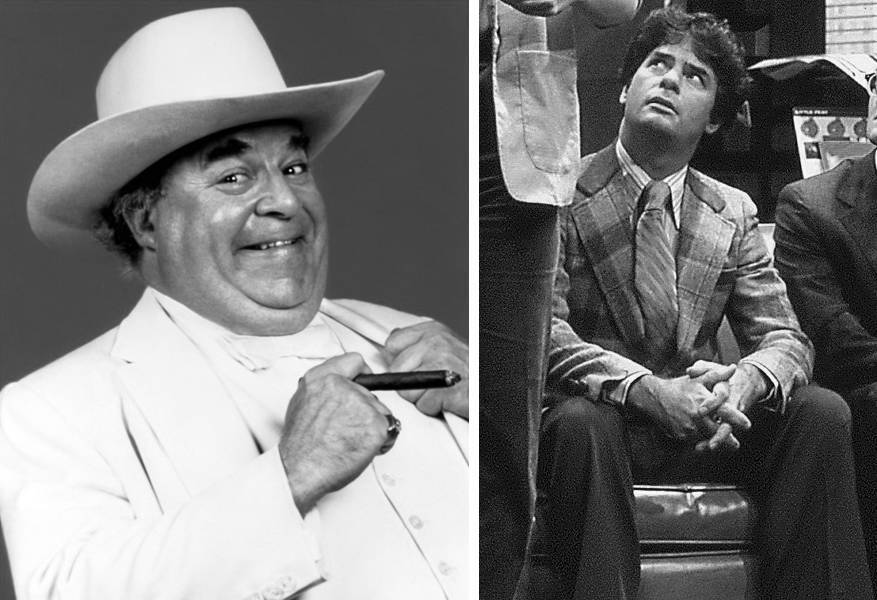 Boss Hogg (“Dukes of Hazzard”) – Crooked and annoying as hell, but what would the show have been without him?

Herb Tarlek (“WKRP in Cincinnati”) – He was a sleazy salesman with no moral compass, but he was also a loser, which made him somehow endearing. 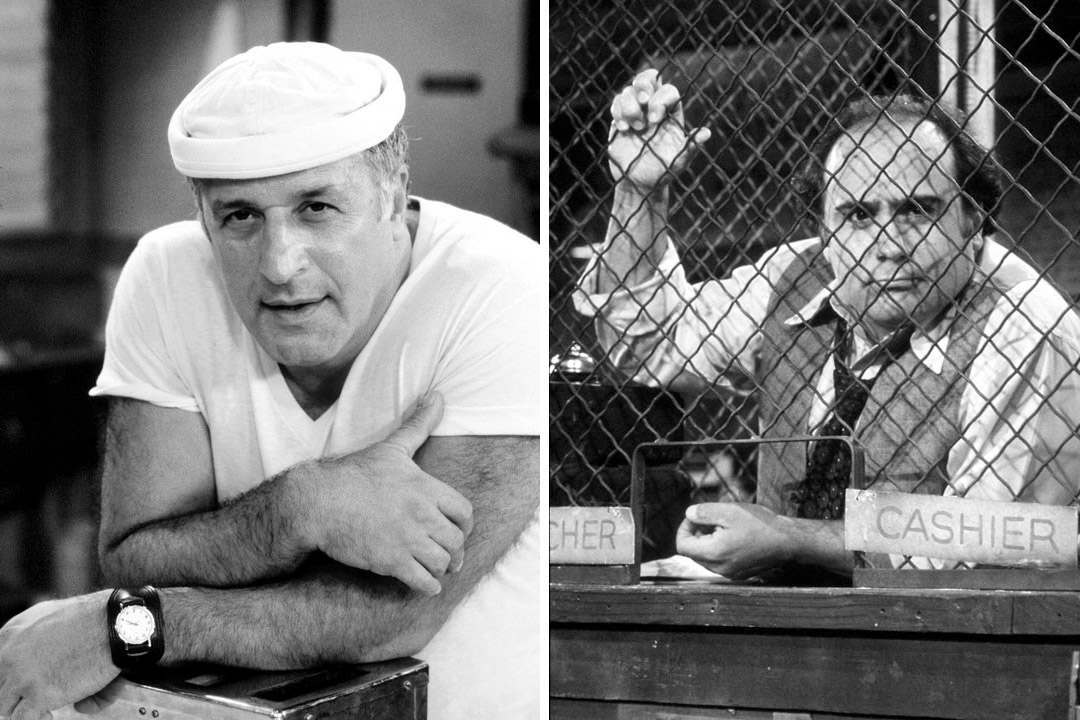 Mel Sharples (“Alice”) – He was a grumpy taskmaster, but the waitresses loved him anyway, as did audiences.  “Hey, Mel… Kiss my grits!”

Louie DePalma (“Taxi”) –  Has there ever been a better douche bag of the small screen?  DeVito played the role to perfection. 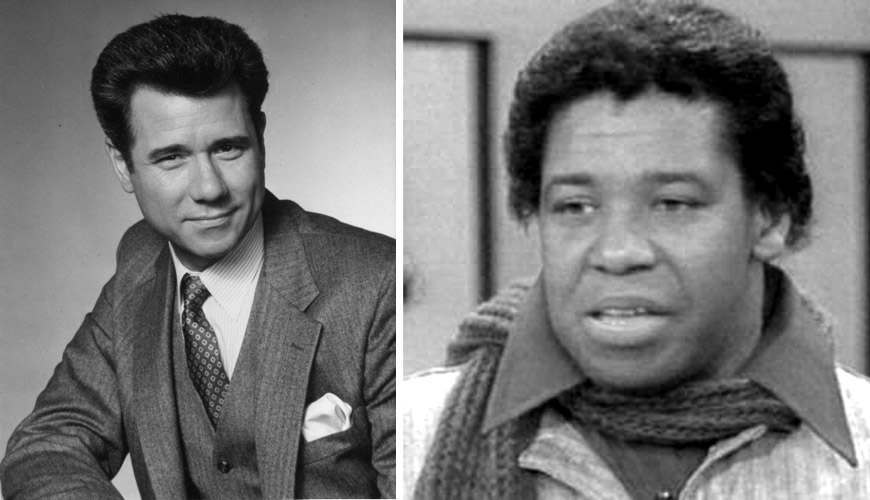 Dan Fielding (“Night Court”) – He could have been just a one-dimensional cartoon of an asshole lawyer, but Larroquette made it so much more.

Nathan Bookman (“Good Times”) – “Buffalo Butt”, “Booger” were the names the Evans clan hurled at him, but I always felt a little bad for Bookman.  He wasn’t the greatest character in the world, but I have fond memories nonetheless.

Kirk Devane (“Newhart”) – Most people prefer Peter Scolari’s douchbag to Steven Kampmann’s Kirk Devane character who was cut from the show after the first season.  Not I.  I thought Kampmann’s comic timing was spot on, and was sad to see him go.

Eddie Haskell (“Leave it to Beaver”) – I would say “loved to hate” doesn’t really apply here.  I just “hated”.

Ted Baxter (“The Mary Tyler Moore Show”) – The cocky airheaded newsman has been done many times, but Knight did it best.

Frank Burns (“M*A*S*H*) – Don’t get me wrong – I loved Winchester, but there was no replacing the weasley, yet hilarious, Frank.

J.R. Ewing (“Dallas”) – An adulterous and ruthless prick, yet audiences couldn’t get enough of JR.

Cosmo Spacely (“The Jetsons”) – From Mr. Slate on “The Flintstones” to Mr. Twinkacetti on “Perfect Strangers” TV is riddled with jerk bosses; however, my personal favorite is the damn-near-abusive Spacely.  (Mr. Burns on “The Simpsons” is just a wee bit too evil to make this list.)

Stanley Roper (“Three’s Company”) – Sure, he was wildly homophobic, a cheapskate, and a horrible landlord, but Fell played him in a non-threatening, humorous manner that was both awful and adorable.

Archie Bunker (“All in the Family”) – Perhaps the textbook definition of loveable douchbag.  He epitomized the racist hard-boiled attitude which the “enlightened” Boomers sought to replace.  Yet, O’Connor gave the character warmth and depth, and kept the character from being an unlikable cartoon…. in fact, propelling the character to become one of TV’s all time greatest.

But before we go, I think it’s only fair to give a quick shout out to the ladies.  Although, none can claim to be TV’s greatest “douchebags”, there was no shortage of mean spirited and hard-hearted gals on classic television…. 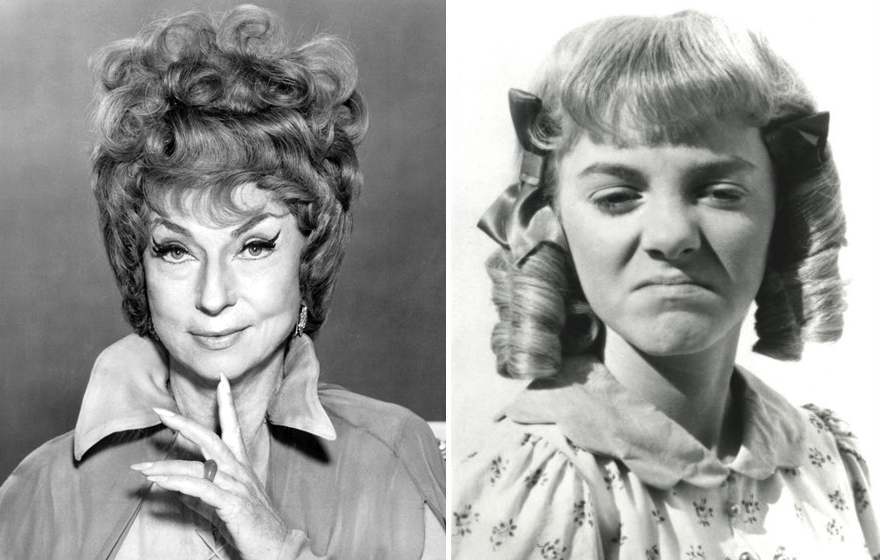 Endora (“Bewitched”) – She made Darrin’s life a living hell.  Given that Darrin, himself, was no prize, we secretly routed for her.

Nellie Olson (“Little House on the Prairie”) – The cast of the The Bad Seed seem like angels compared to nasty Nellie.

There’s plenty more where these came from. Perhaps, there needs to be a “Classic Television’s Greatest Bitches” list in the near future.